Battle of the Seven Seas

Battle of the Seven Seas

One of the regular Brikwars players wanted to do a sea battle and we all thought it was a good idea. So we all made ships and used row boats and whatnot and put together a super fun battle today.

As always, this isn't a proper battle report. It would have taken too long, this is just some highlights and pictures of notable ships/boats/floating devices.

The Sea and islands. 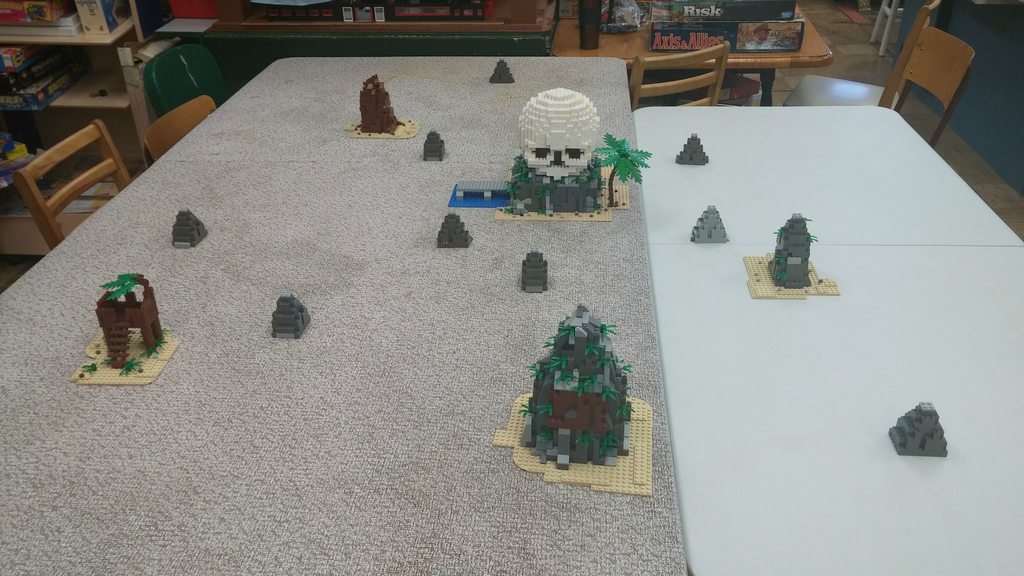 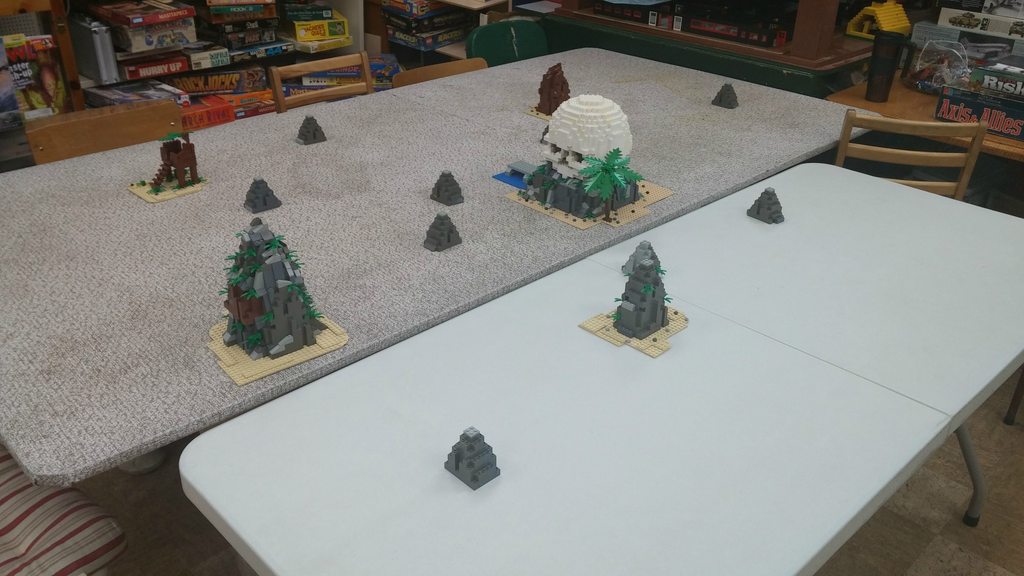 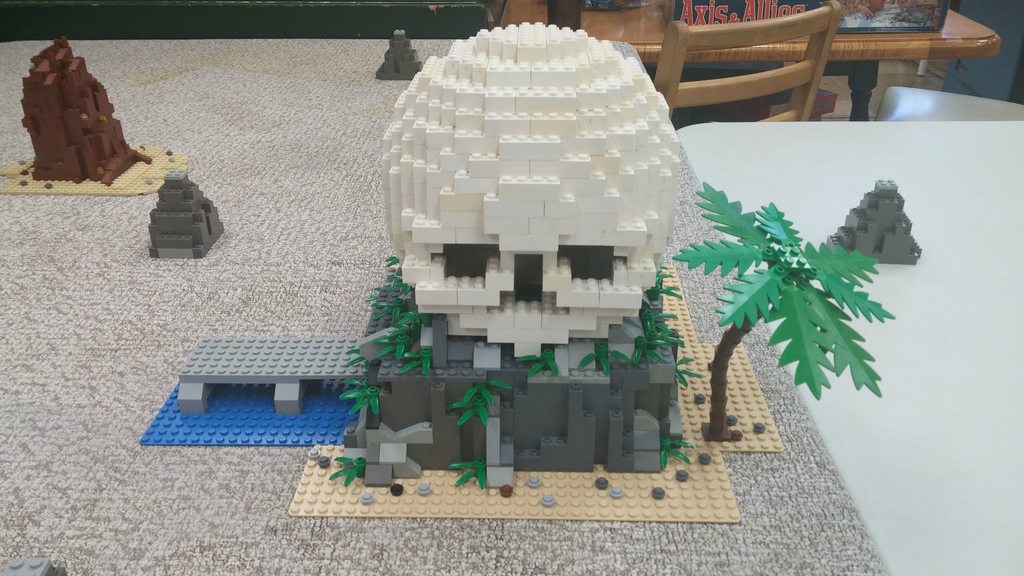 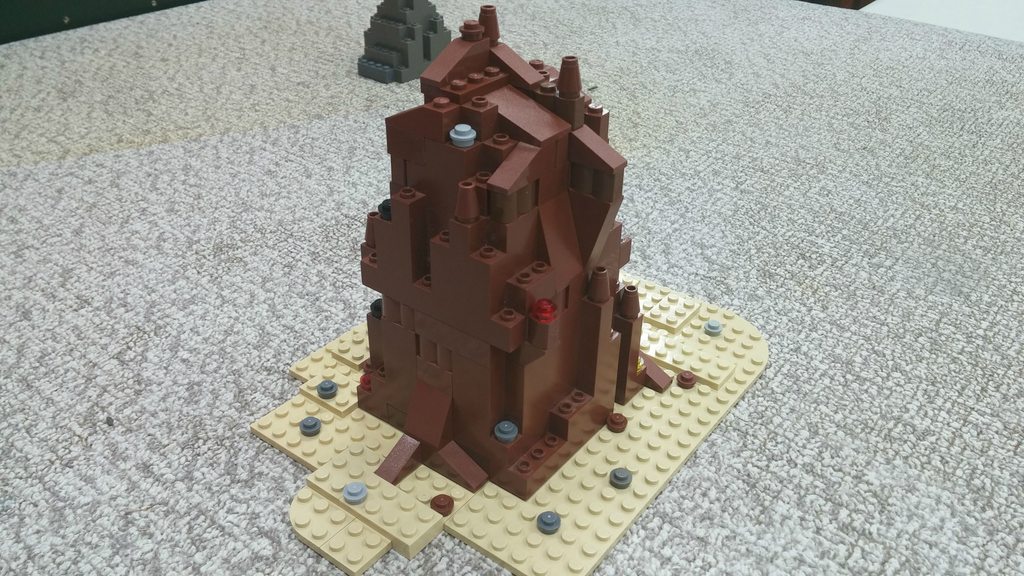 Poo Island. You took 1D6 damage per turn if you were stranded on this island. 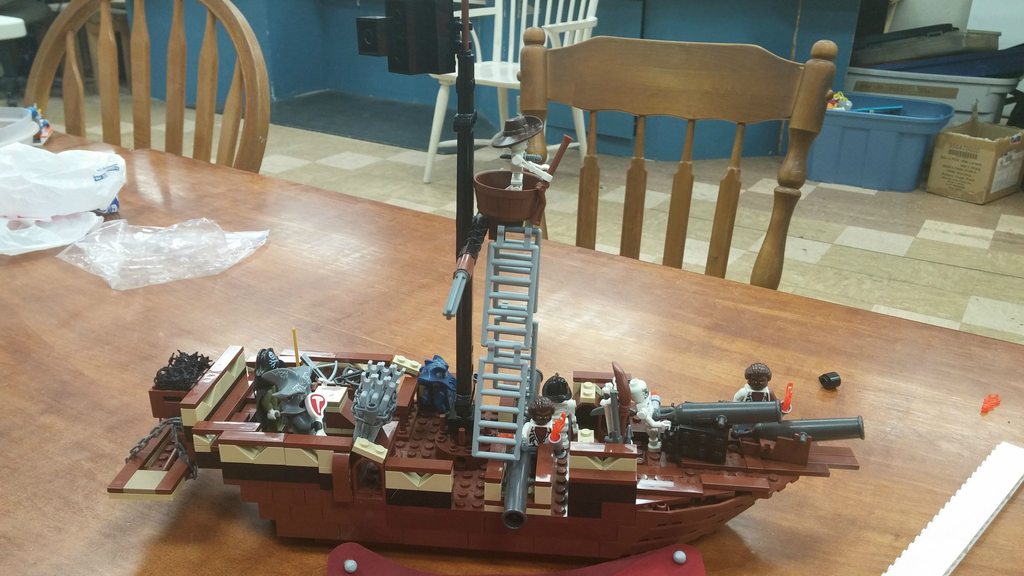 A cool ship. Not mine, but it's the thirteen year old kid that built the medieval army I posted in the Armory. 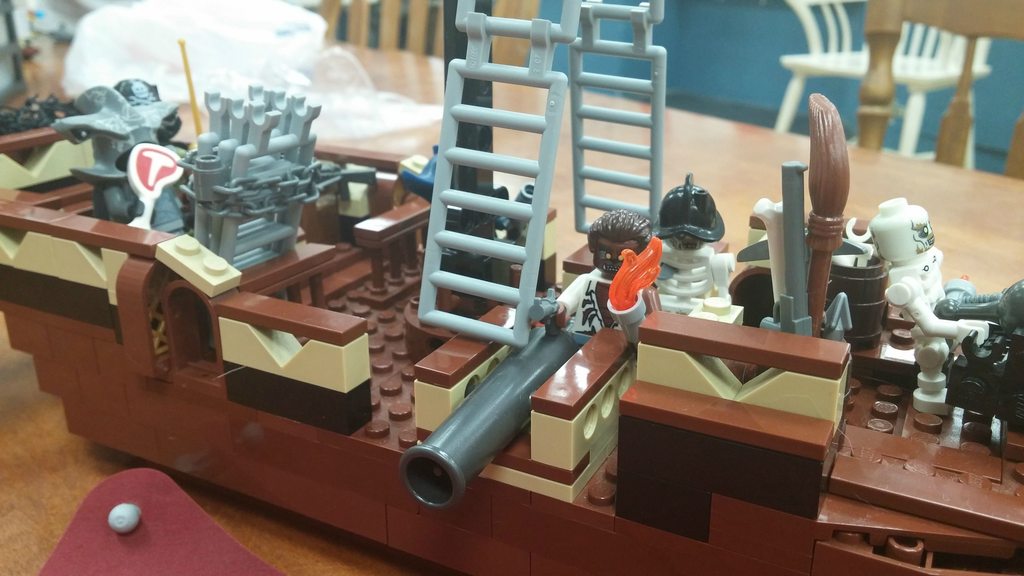 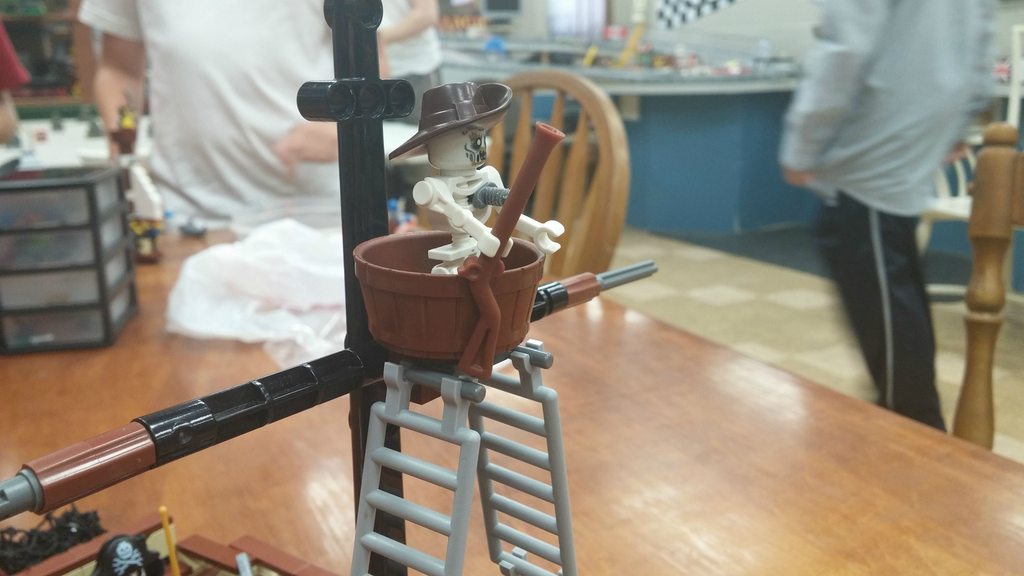 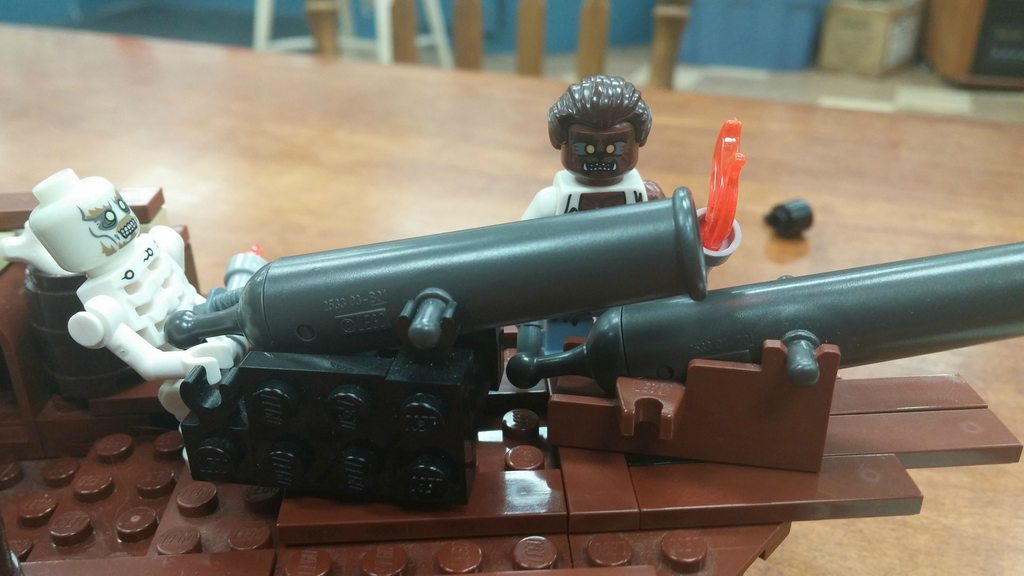 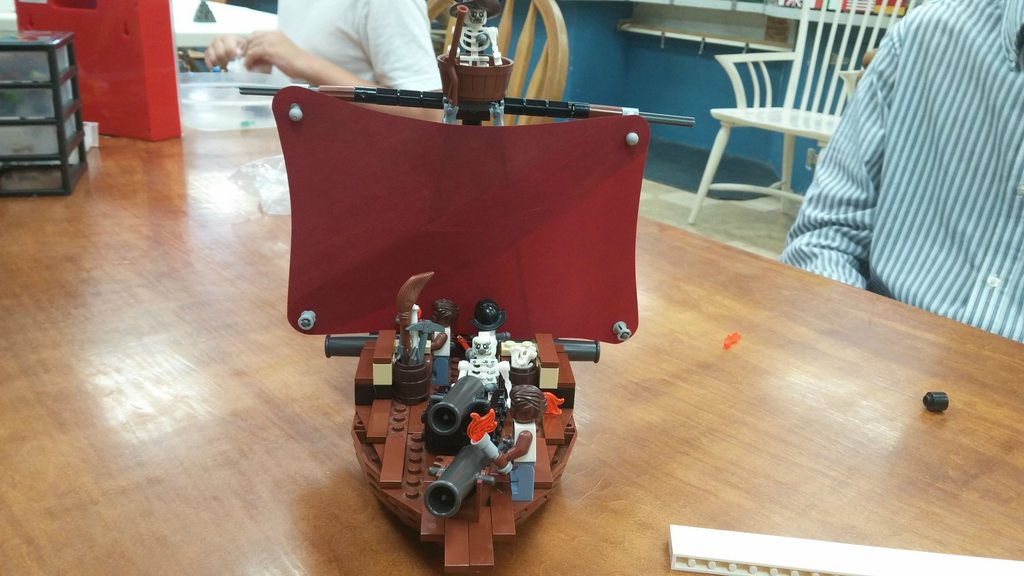 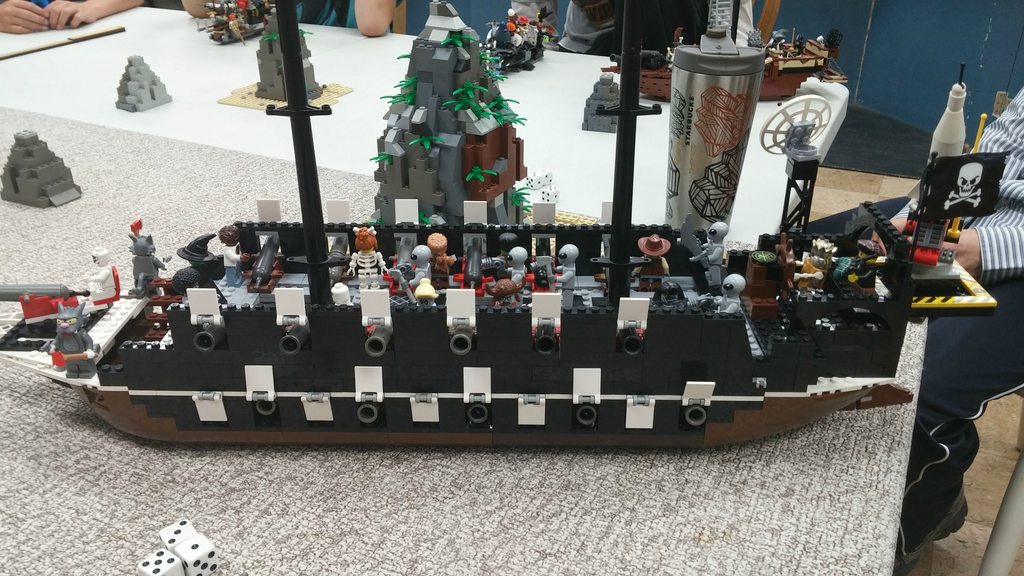 My friend Gord's massive, 72 stud long, 24 cannon ship.
He named it the Gordthulu because it was supposed to have tentacles, but wasn't quite able to complete the build by game time. 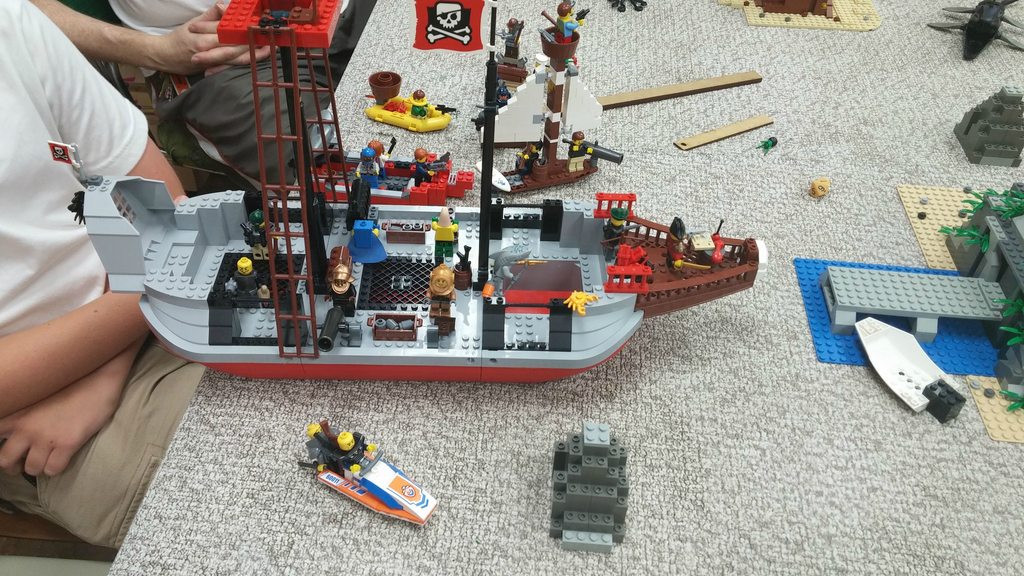 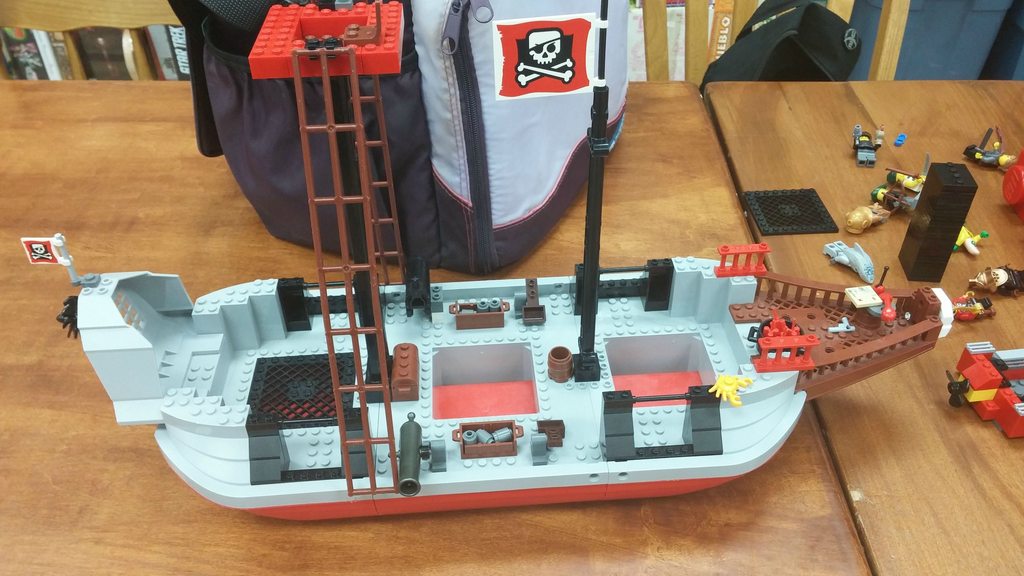 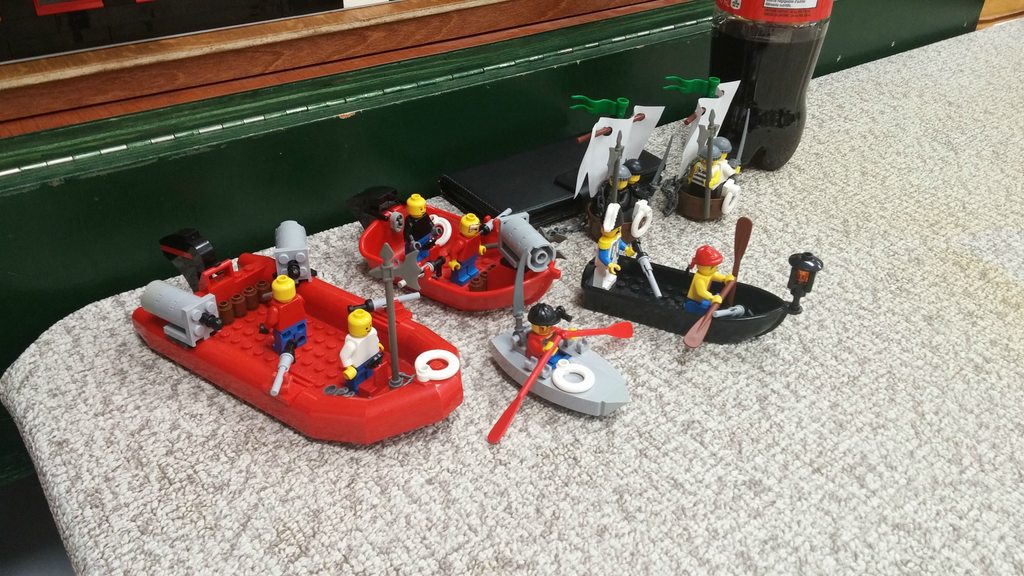 Rudy's navy. They were many.The dudes in buckets with the little sails were awesome. They sure didn't last long against 24 cannons though. 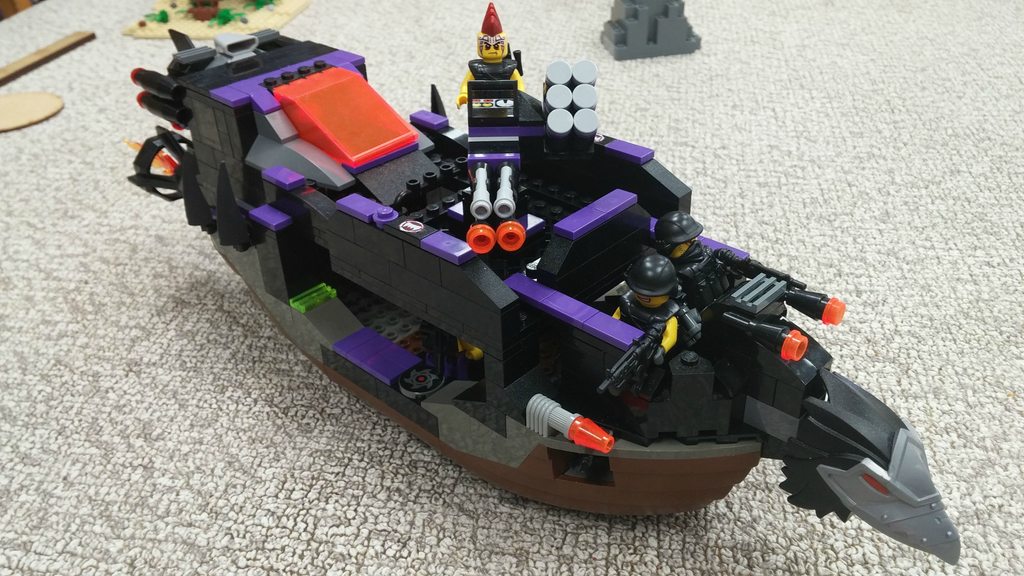 My ship. I named it Ironbeak. 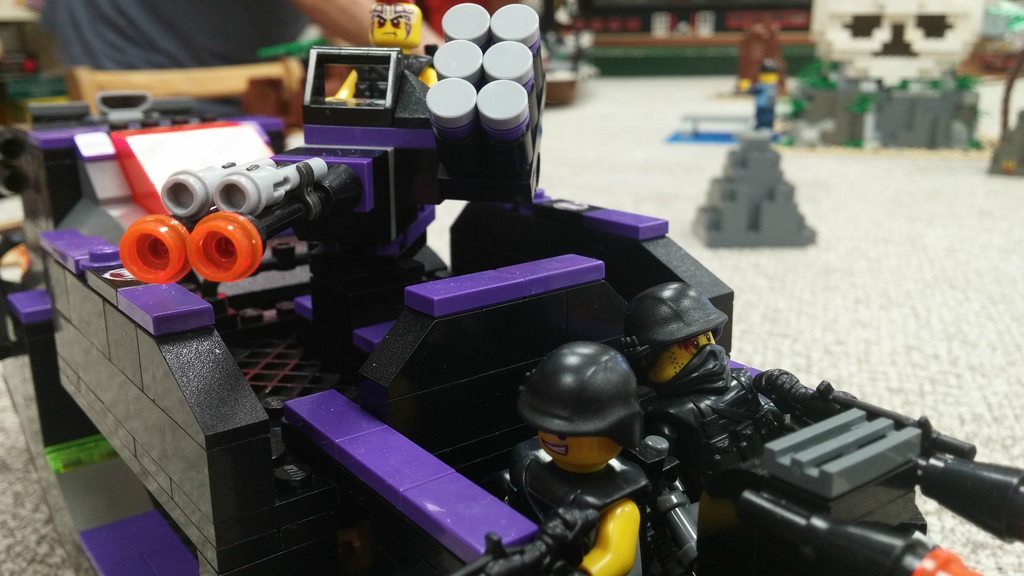 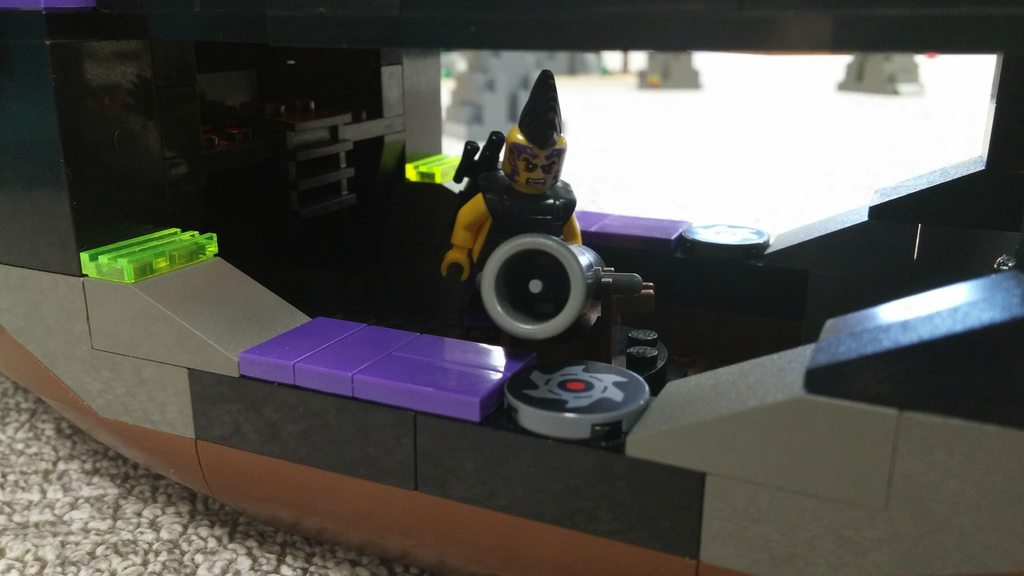 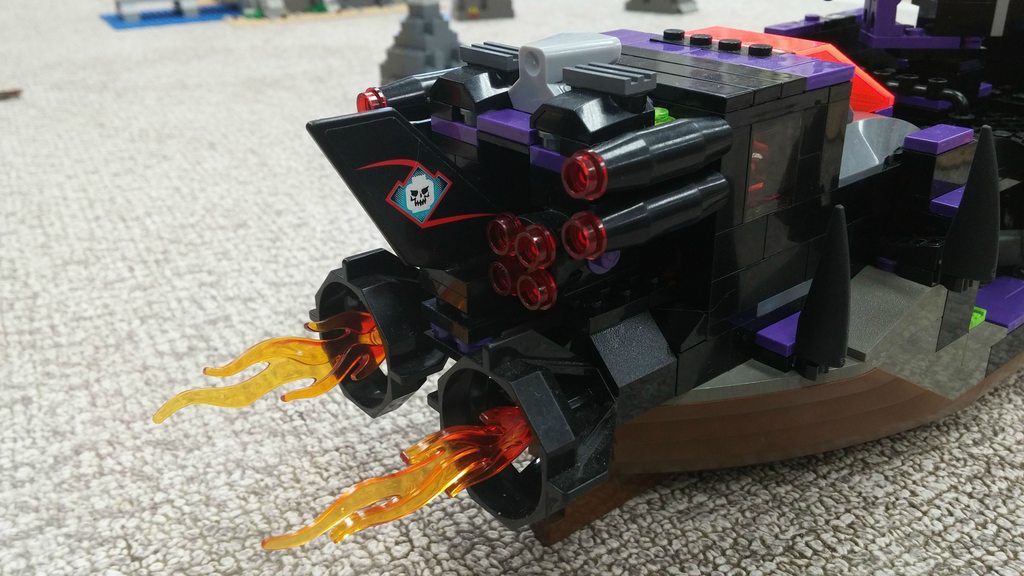 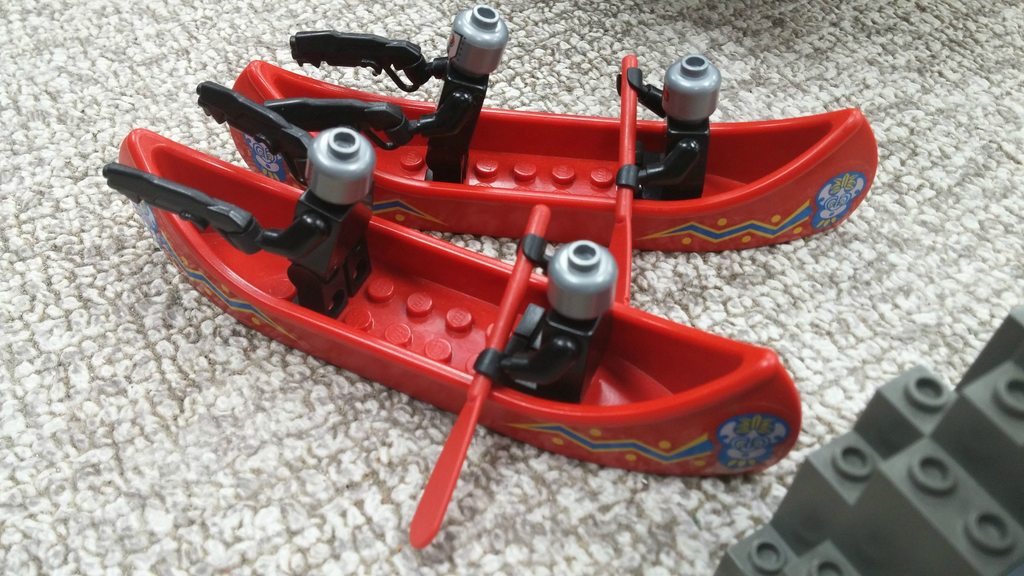 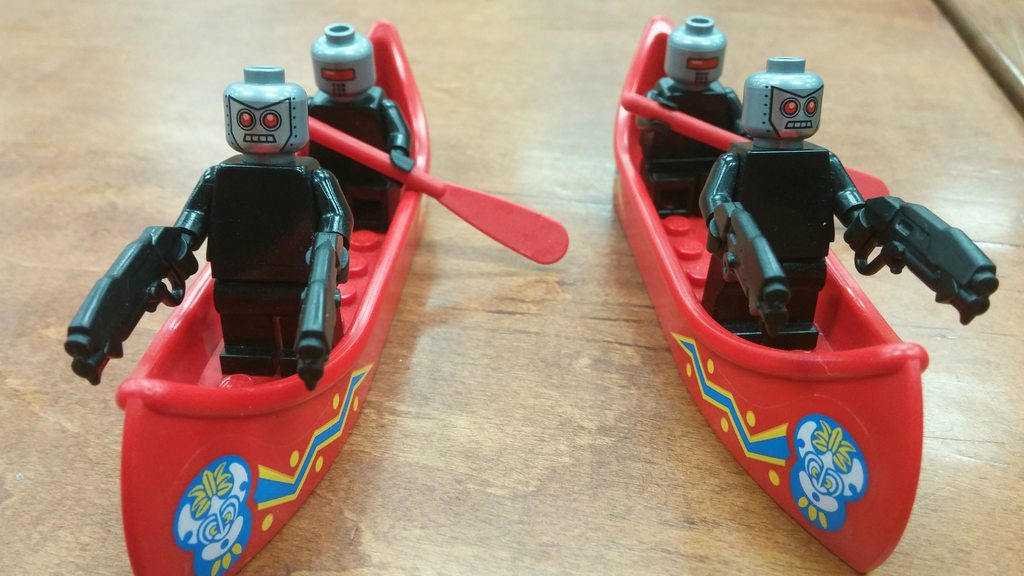 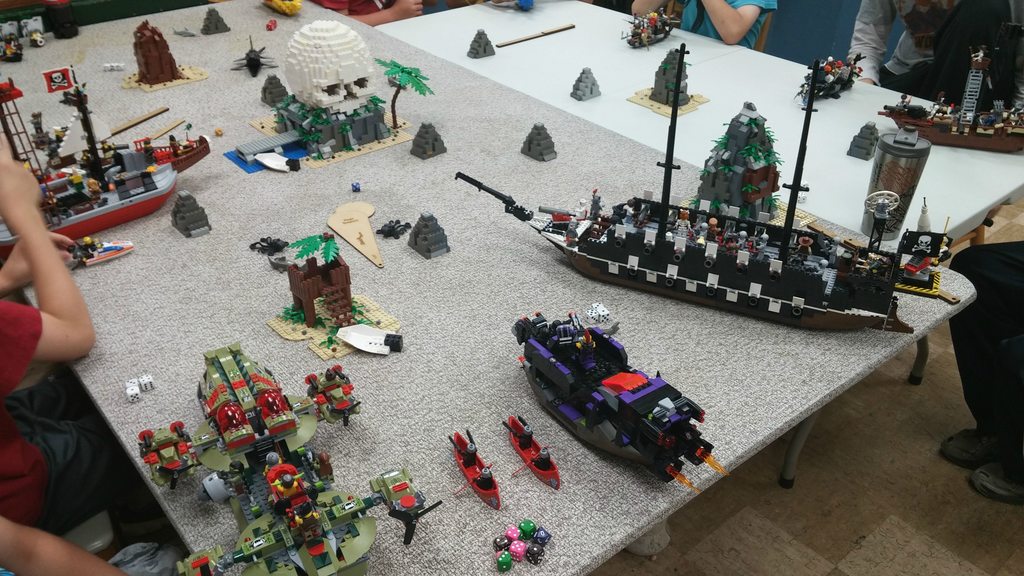 Set up. We all agreed that combat would take place in three turns to allow a bit of maneuvering. 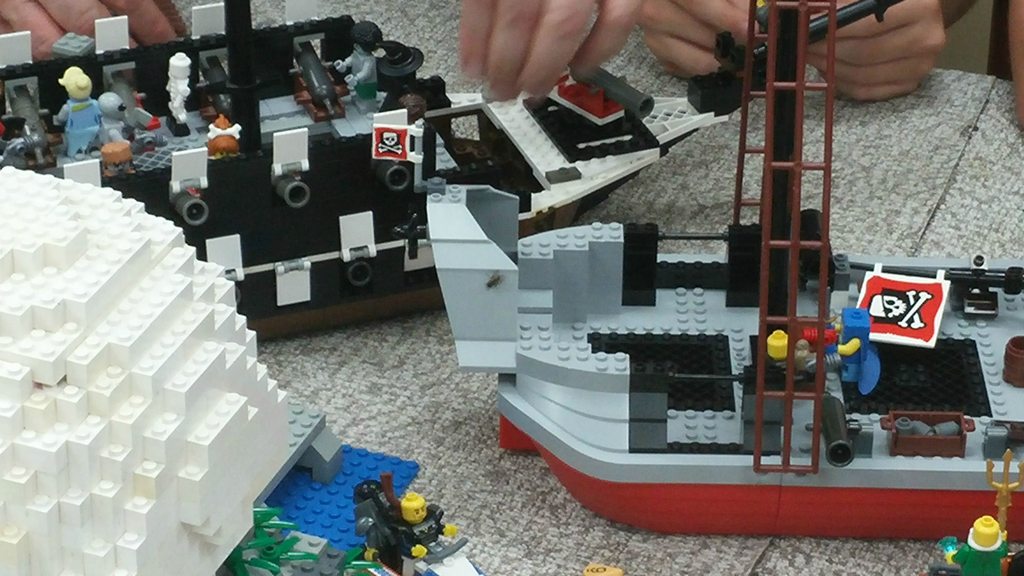 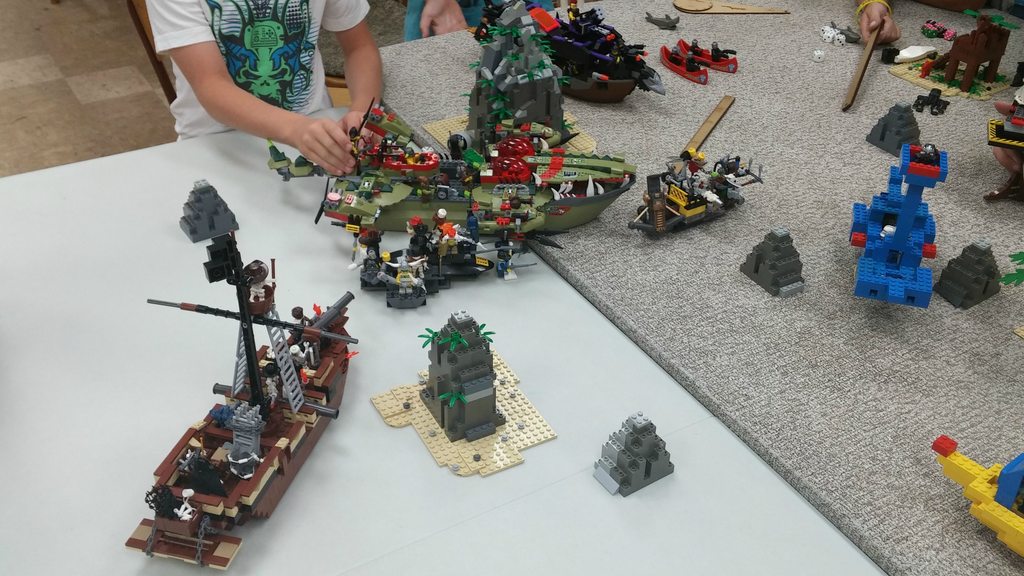 The Gordthulu fearing the alliance between myself and the gator ship thing, fled to take out Rudy. You can just see his ass end in this pic. Cowardly. 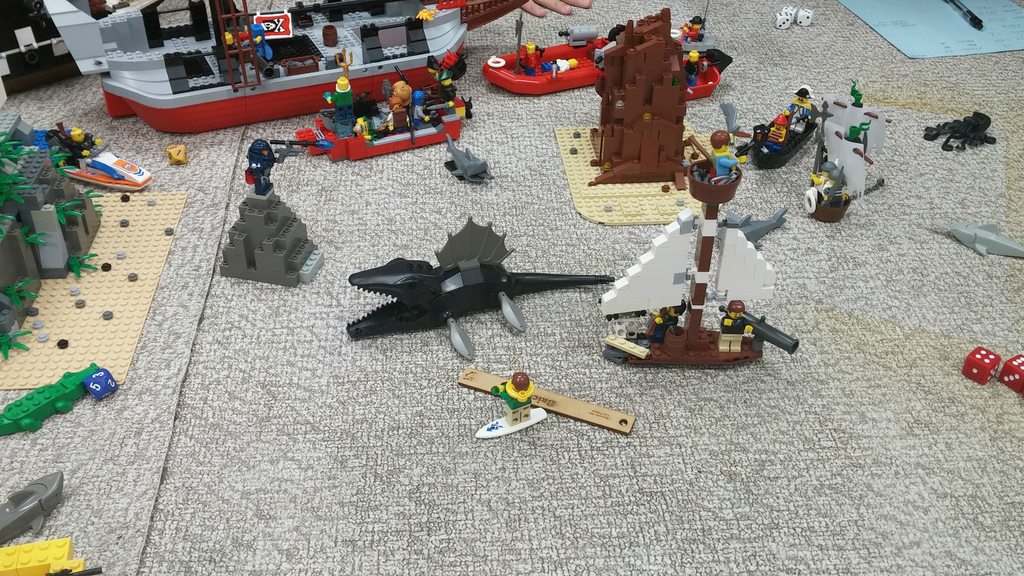 Rudy and the sinking ship exchanged some shots, I don't recall what happened. We did have alliances but they happened with insane amounts of meta gaming, as it started out with none. 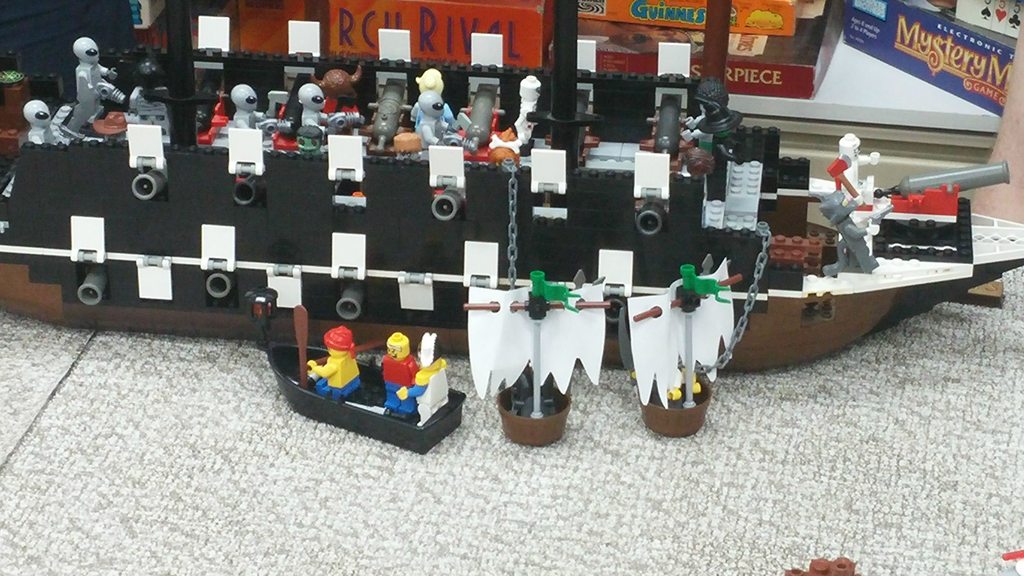 Rudy's navy did not survive this but in true Brikwars fashion, Rudy went big and went hard. 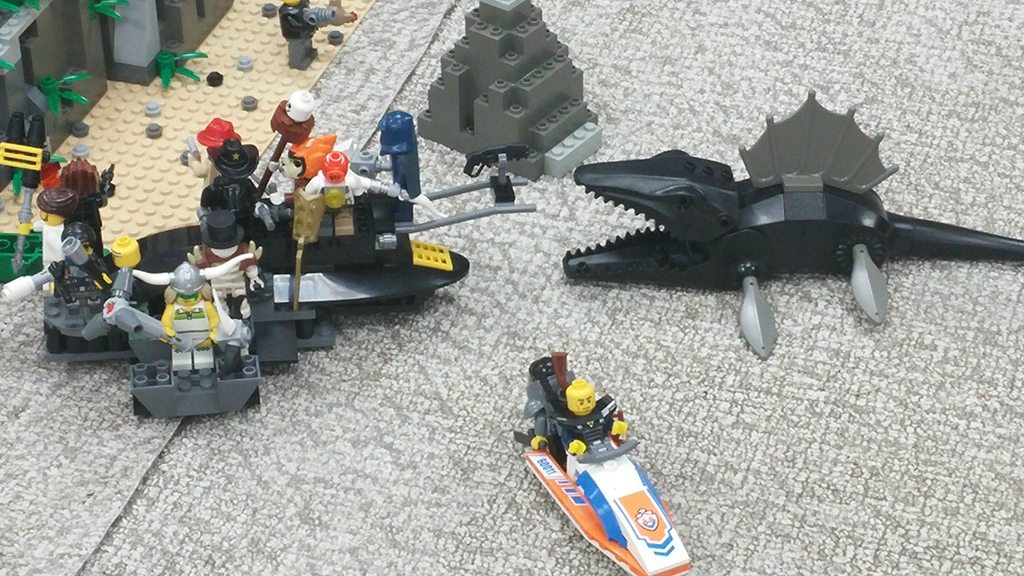 This weird ship thing decided to ram the Kraken. (we were calling it that) I really don't know where the guy on the jetski was going, the battle was the other direction. 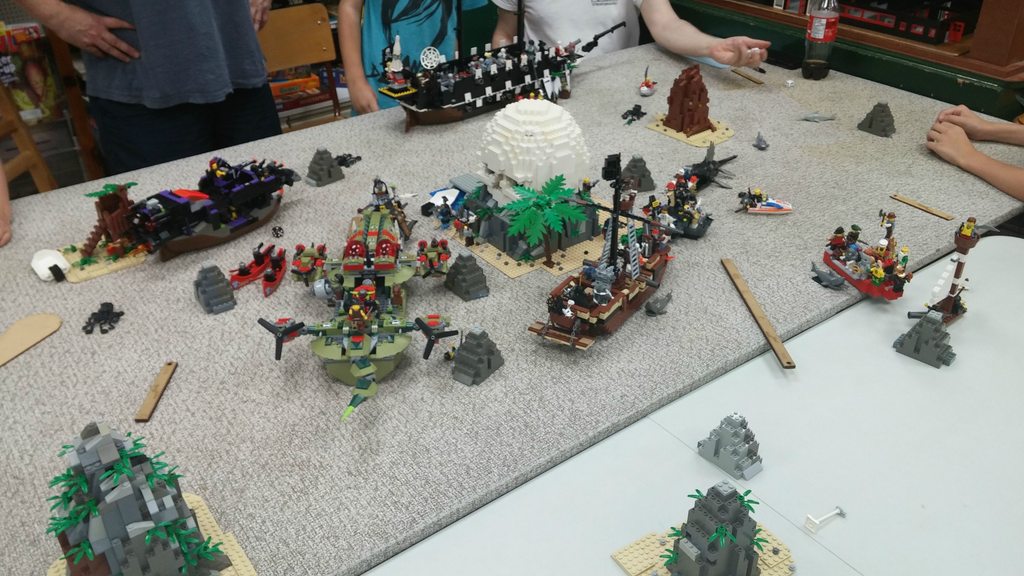 
A few kids had to leave before the end of the battle, so alliances got broken and basically it ended with Gordthulu still afloat and all my vessels still afloat but I wouldn't be able to do enough damage to sink him and he could easily sink me. Even though we stopped the battle early, it was still a good time.
"Hey, you try making love to a complete stranger in a hostile, mutant environment, see how you like it."
Top

Who had the stealth insect boarding party? Seens OP.

This looked like an awesome battle. The idea seems simple and super fun!

I think it's some sort of vinyl flooring, glued on plywood, but yes, very beige.

It was so stealth I didn't even realize it was there until after I uploaded the pic, so it's intentions are entirely shrouded in secrecy.
"Hey, you try making love to a complete stranger in a hostile, mutant environment, see how you like it."
Top

This looks so cool!
Good to see people having real battles like this.
If you're not into Metal you are not my friend!
Top
Post Reply
7 posts • Page 1 of 1