Sick titular burn complements of our very own esteemed Zahru.

I've decided to continue the New Years storyline I started last year and referenced in my Hellhunt entry as a way to say thanks to you guys. Turns out, I really am willing to go a long way for a joke. But I am also really grateful for this community and its members. BW always brings me a lot of laughs and fun. I've been able to share it with my family and friends and I've made a few friends here as well.

However, getting this thing going this year has been a real pain in the arse, I'm afraid. I have an idea for the battle I can't let go of and, unfortunately, that requires the ordering of some parts to make work. Which I can manage if I don't go nuts. The problem will be delivery time (and however long it takes to sift through Cracklink to keep shipping costs down). So I decided that I would at least get a prologue story up for now as a lead in. I wanted to have it up by the New Year but sickness slowed me. Which may also help to explain why the writing is a little on the nose. Sorry, not sorry. The ribbing in the narrative for the actual battle will no doubt be a little pointed as well but it's good natured. Honest. So here it is.

And as always, thank you, BrikWarriors, for being a part of my life.

Prologue, Part Two
Round Zero
Round One 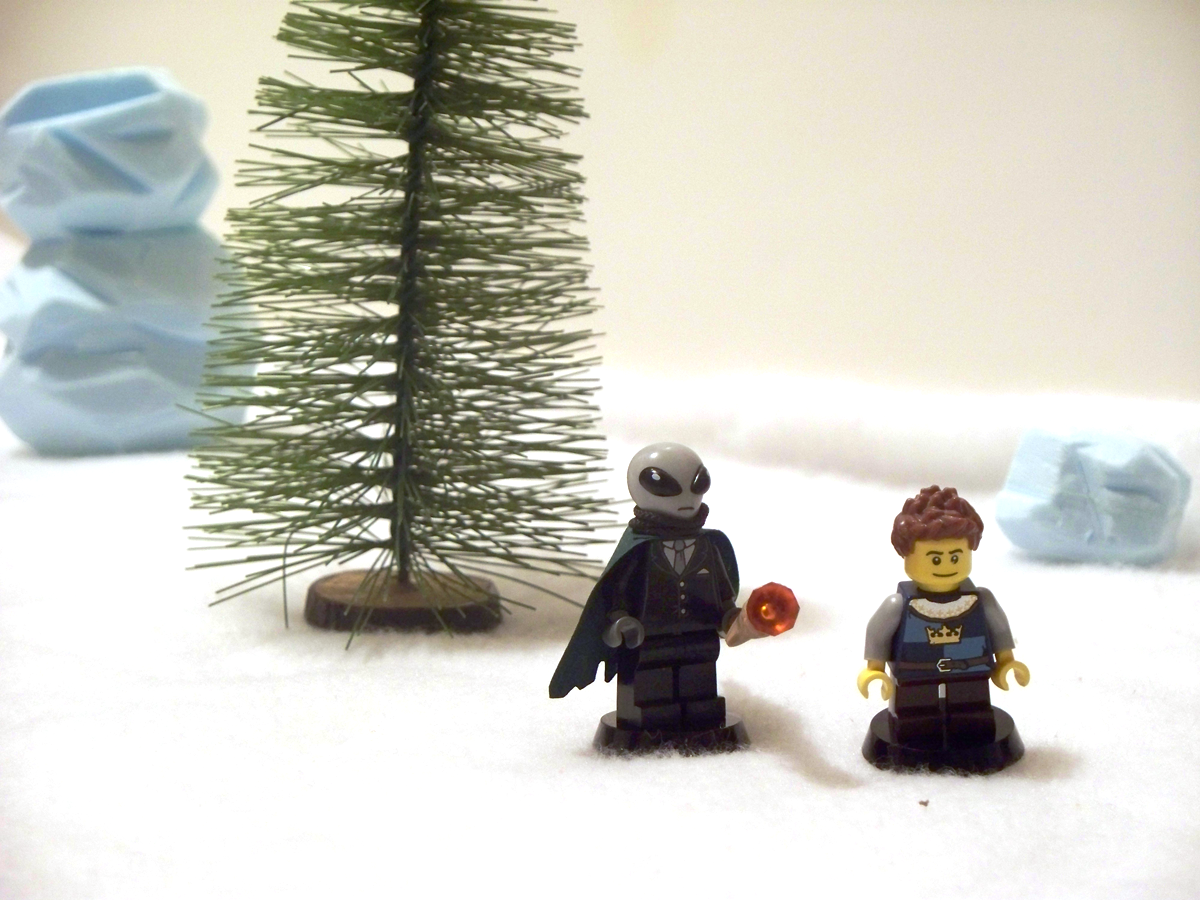 The sound of footsteps crunching in the snow fills the cold, frigid air. Two minifigs cut a striking pair against the wintery backdrop and walk together in an amiable silence for a few brief moments. They have only just arrived and each seems deep in thought, as if during the comfortable lull of a long conversation. 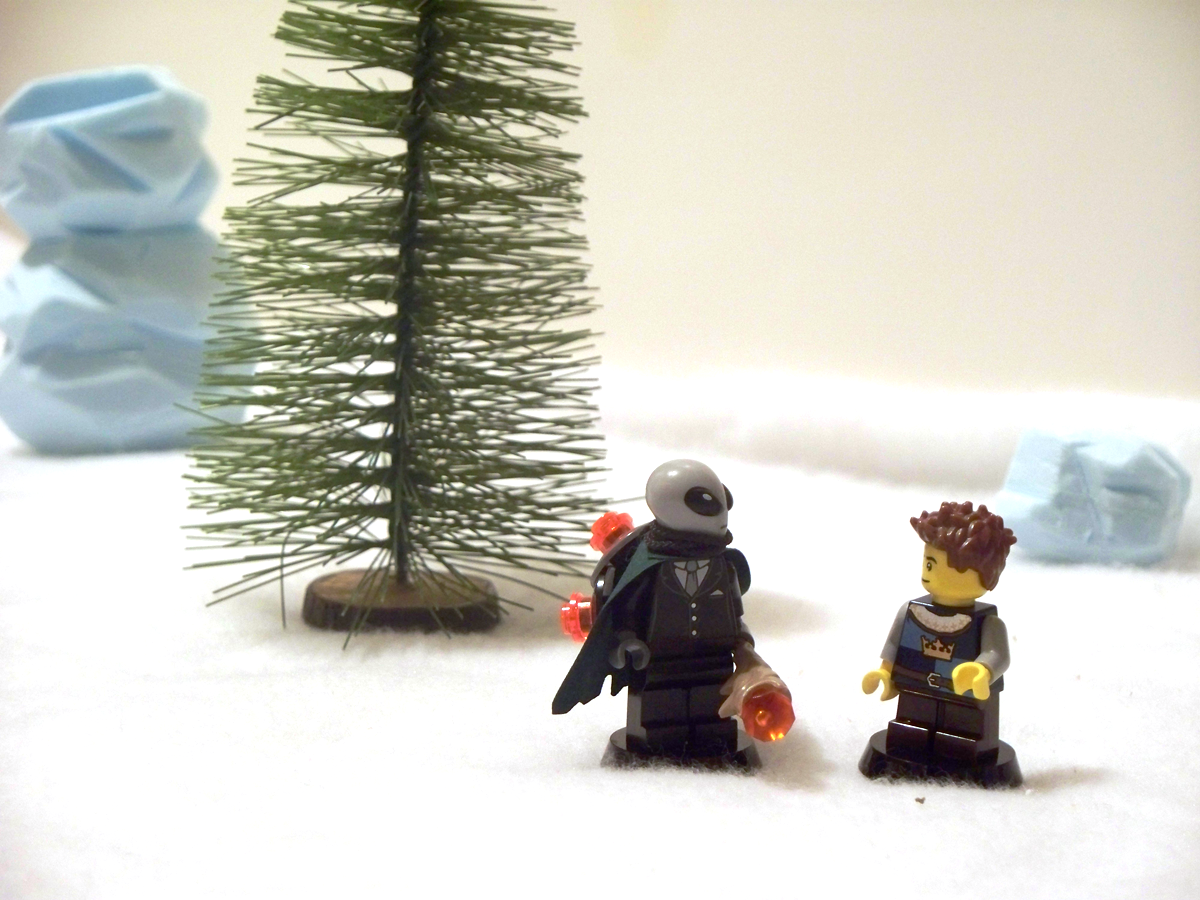 Quantum: “Mm, I see your point. But, look, not every story needs rushing into. Sometimes it’s better to take things more slowly. Plan ahead a little, you know? I think the end result tends to be a little more entertaining, on the whole.”


Kid: “Sure, but we’re not talking about some story here, are we? We’re talking about our lives! Real minifig’s goals, dreams, aspirations. That stuff is happening right now. I’m going to have a people of my own to govern soon. You guys, with your grand collaborations, sitting on high, the lore of the BrikVerse at your fingertips…you can approach it like that. How can I?” 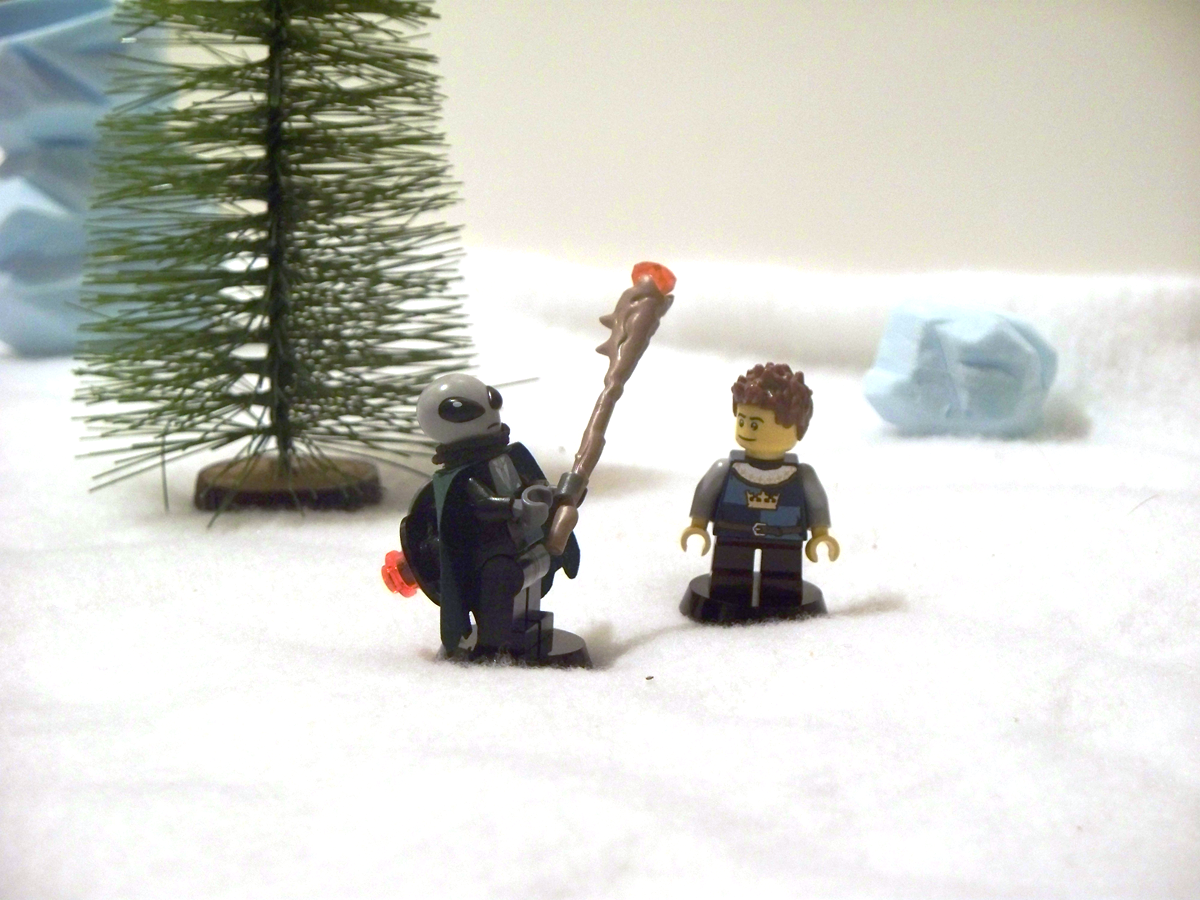 Quantum: “Well, that’s precisely my meaning. Again, I take your point. I suppose even we great Quantumsurfers can learn a thing or two from you mortals every now and again. Yes, my apologies, we’re talking about lives here. But the principle remains the same. You can forge your own destiny. There’s nothing standing in your way. We live in the BrikVerse, kid. By sheer virtue of being more than just another pile of ABS to be slammed into something, you take on a quality of Ossumness. You can build on all the best parts of the past, if you like, or forge an entirely new future. You can dance among the stars and become the Narrator of Worlds.” 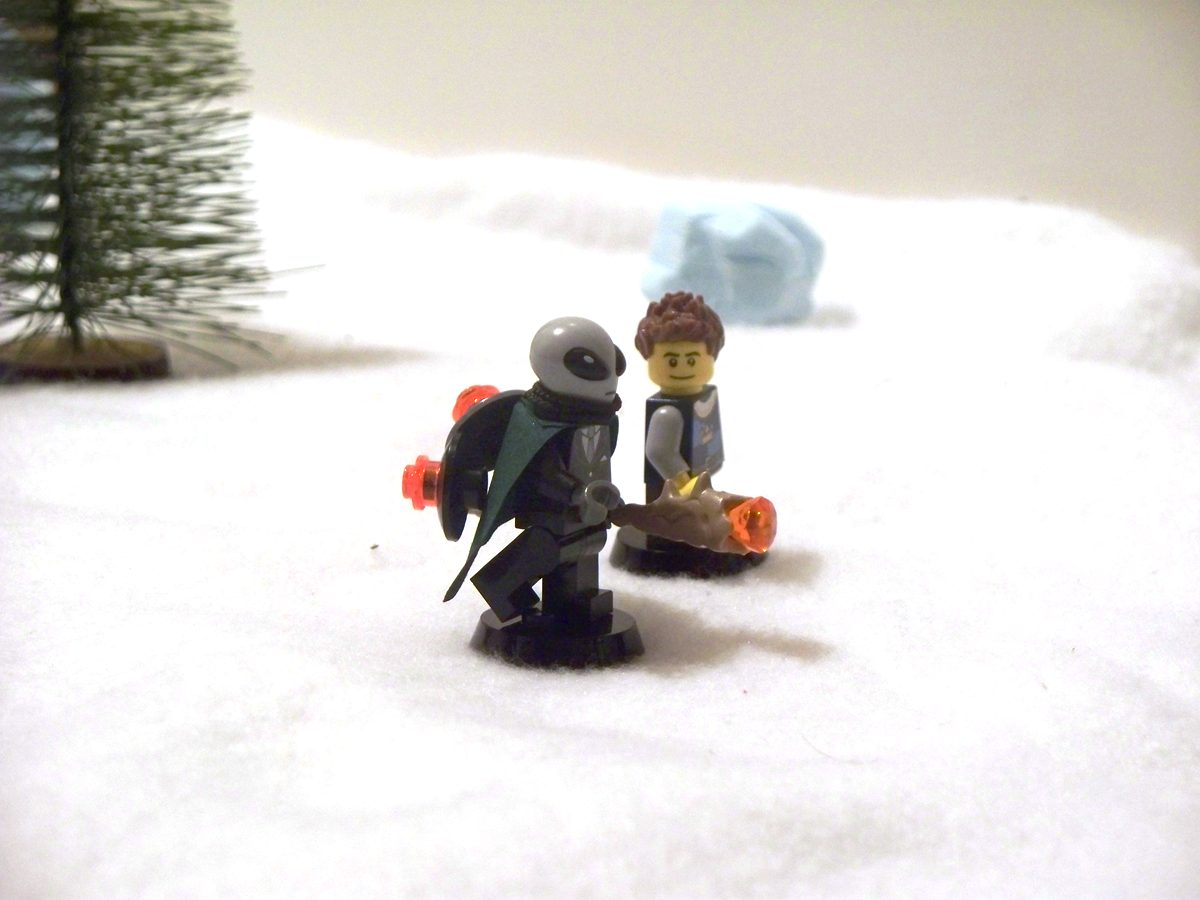 
Quantum: “Well, sure, it’s not as exclusive a club as some would have you think. Some of us are just more active than others. Some more powerful. But it does take a certain level of moxie to be considered. And you’ve got that in spades, kid.” 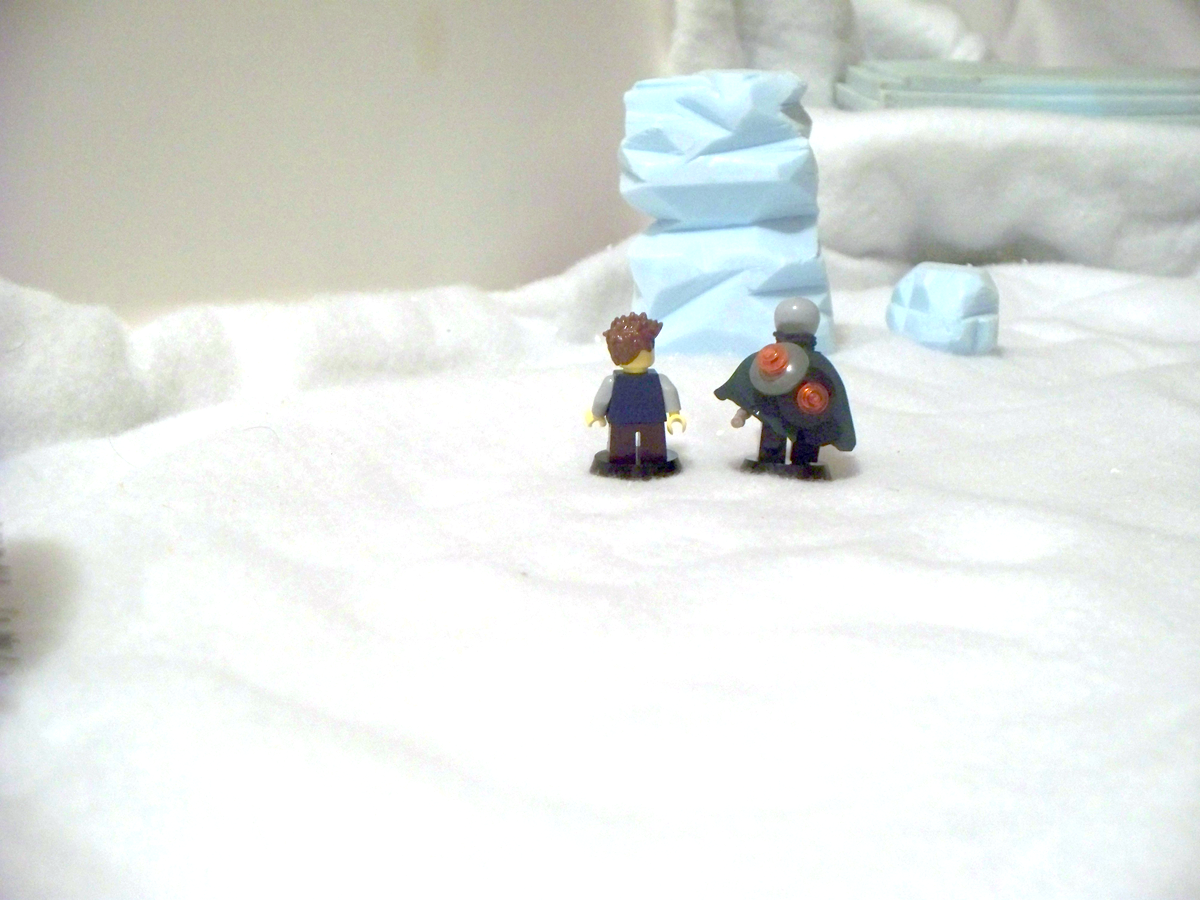 
Kid: “Well, no offense, but what if I want to do my own thing. You say, “forge your own destiny” but then offer to elevate me to your continuum… 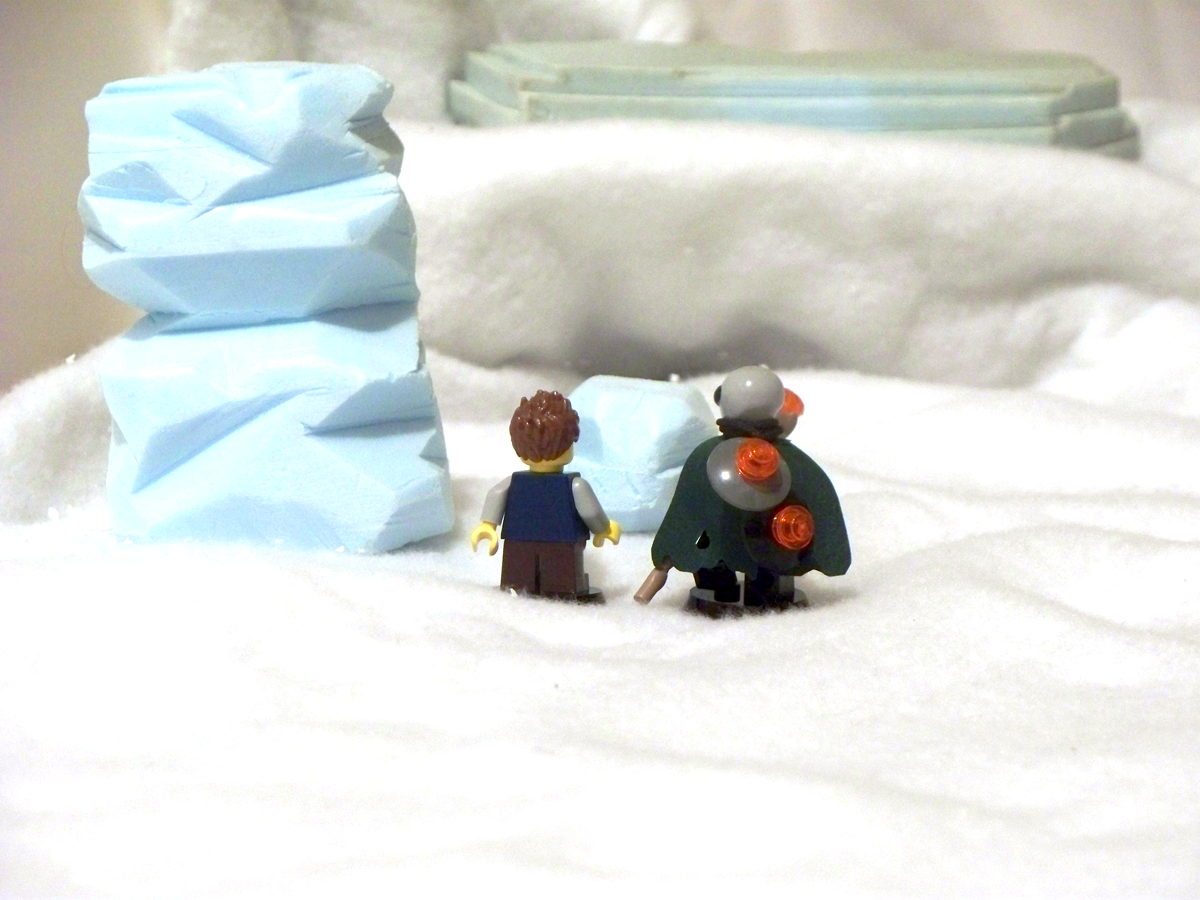 Quantum: “Oh, no, kid, you misunderstand. You can do whatever the hell you want. While we sometimes collaborate, most of us have our own things happening all the time. You can join or not, bounce off of others, make your own way, or a combination of the two. Nobody’s feelings are going to get hurt. Well, nobody important. There will be some who will try to tell you what you should do, how it should be, and how it used to be so much better in the past. But those guys are just assholes with rose tinted glasses, kid. You’ll find they’re everywhere so just pay them no mind. I mean, unless you want to poke fun at them or something.”


Kid: “Better. In the past. I mean, some pretty great wars happened. And some of the BrikVerse’s greatest Heroes came from then…” 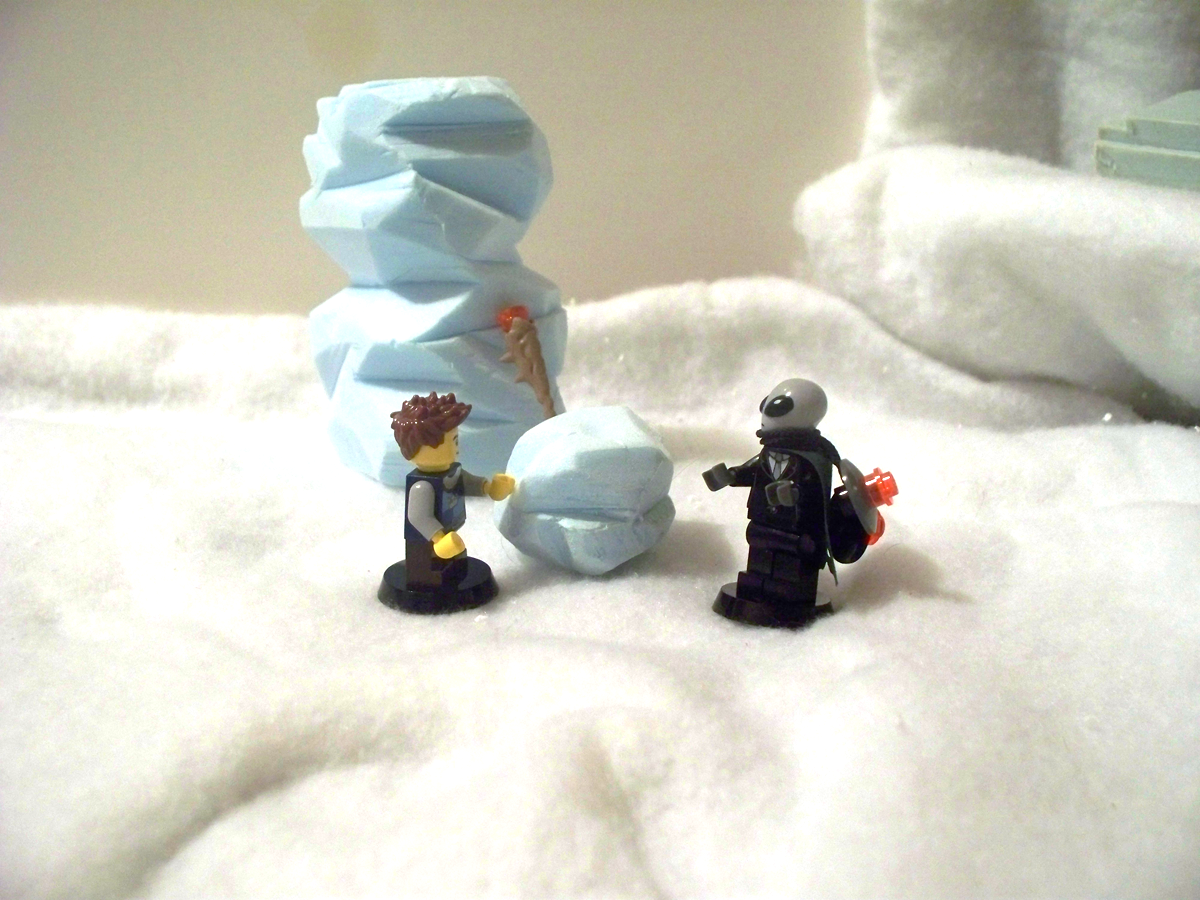 Quantum: “Did they? And in any case, really think about that for a minute. What was there before all that? Ossum resonates throughout spacetime, kid. It’s everywhere and everywhen and it is what drives us on a fundamental level. There’s actually been a load of cool stuff happening recently, even in just this Rekon alone. And, I can tell you, I foresee some pretty cool stuff coming up ahead as well. BrikVerse doesn’t stop exploding just because some folks want to set themselves up as the Gatekeepers to the fireworks show.” 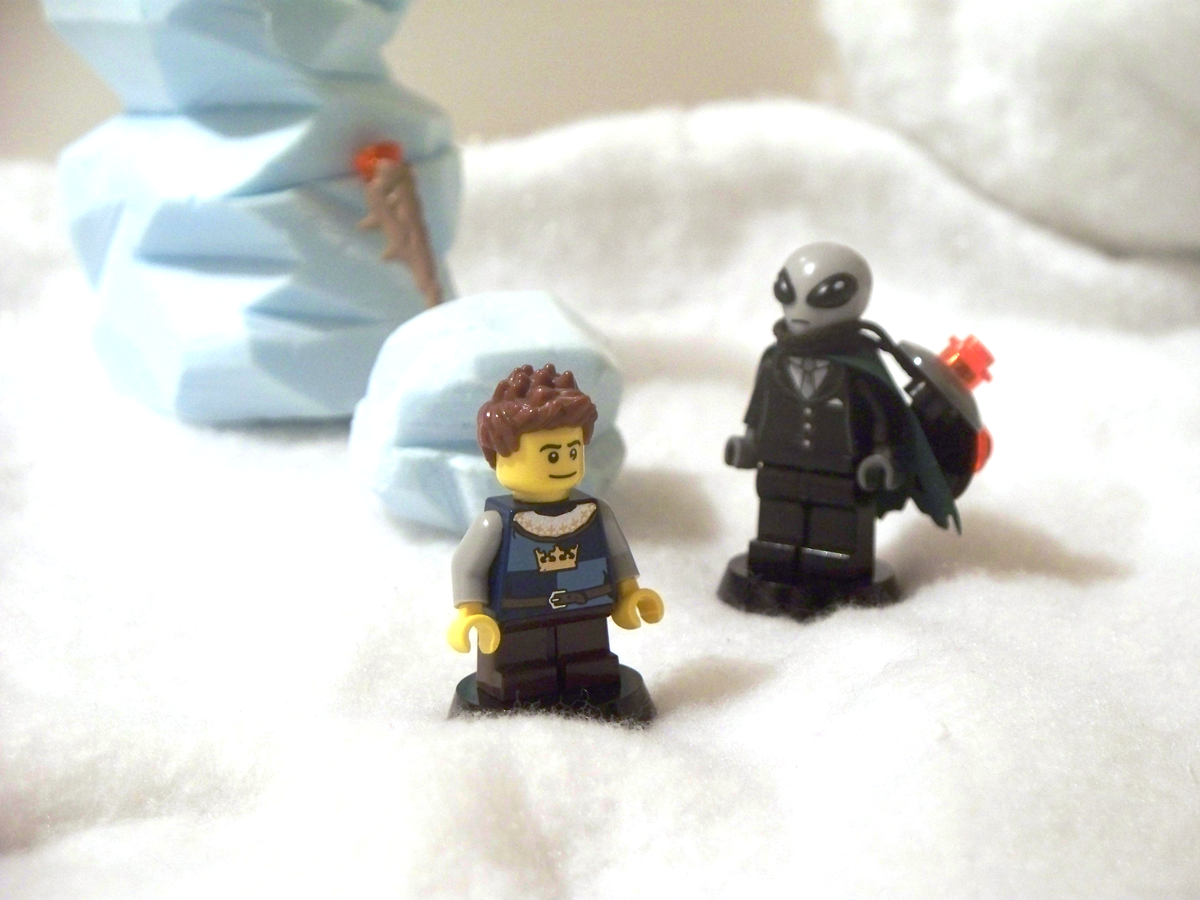 Kid: “Gee, I didn’t think about it like that. Seems pretty obvious when you put it like that. But…won’t building inconsistent things, forging realtime paradoxes, or even just taking advantage of the Rekonstruktions to change little things about the past to make the present more palatable…won’t that diminish the importance of what has come before? Won’t destroying our internal consistency also reduce our importance and dilute our future?”


Quantum: “What? No way. It’s all still out there, you know? Bits and pieces of space and time, floating around in the ether, just waiting to smack into another shard of reality. As a QuantumSurfer, I can cherry pick from among them, if I’m so inclined. But even if you’re not among the Czat, you can seek them out the old fashioned way. We get to build on our past in a way that only makes the future cooler. And then we can steer those realities into other kickass realities to make explosions which only increase the ambient Ossum.” 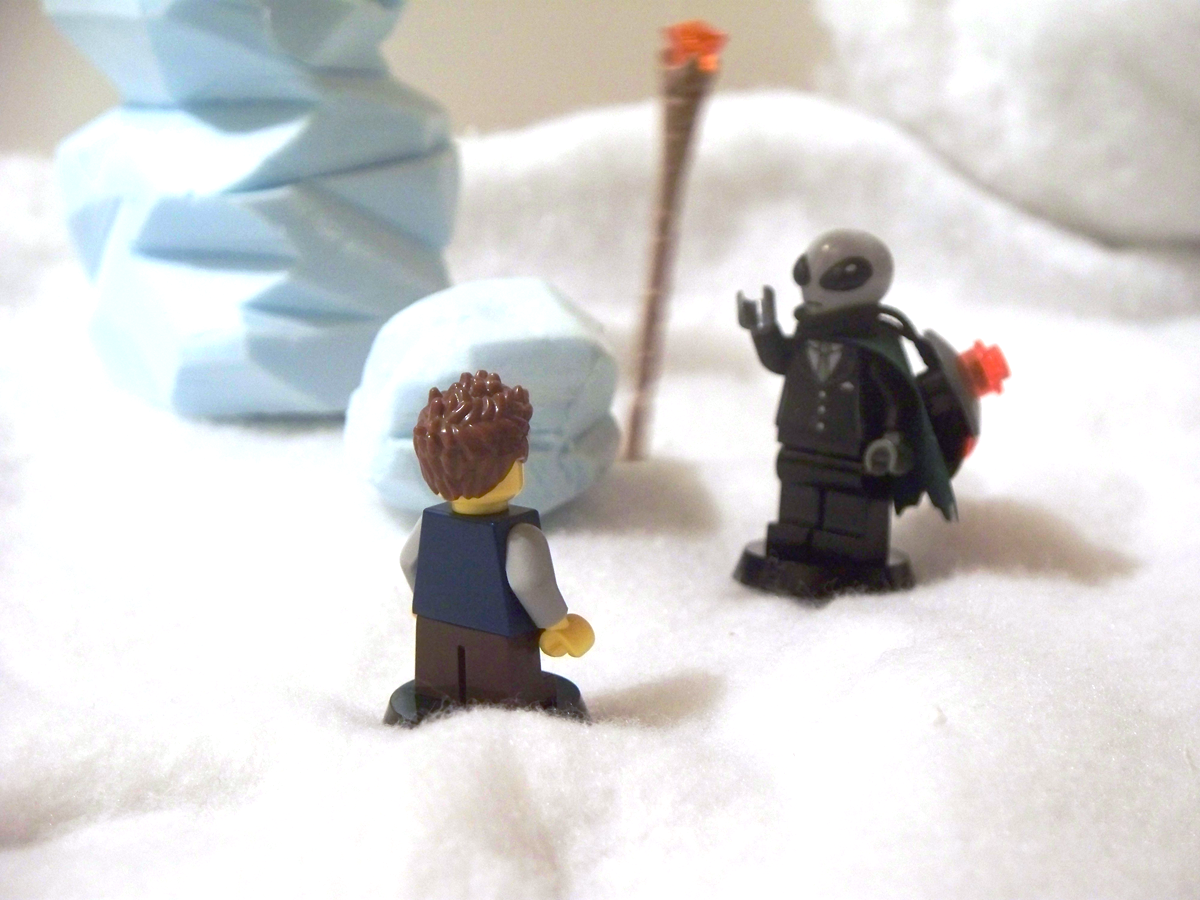 Quantum: “Here, let me show you something…”


Quantum calls to his OT Staff and it hurls across the space between them. He channels his power through it, enveloping the kid and himself in a transdimensional bubble… 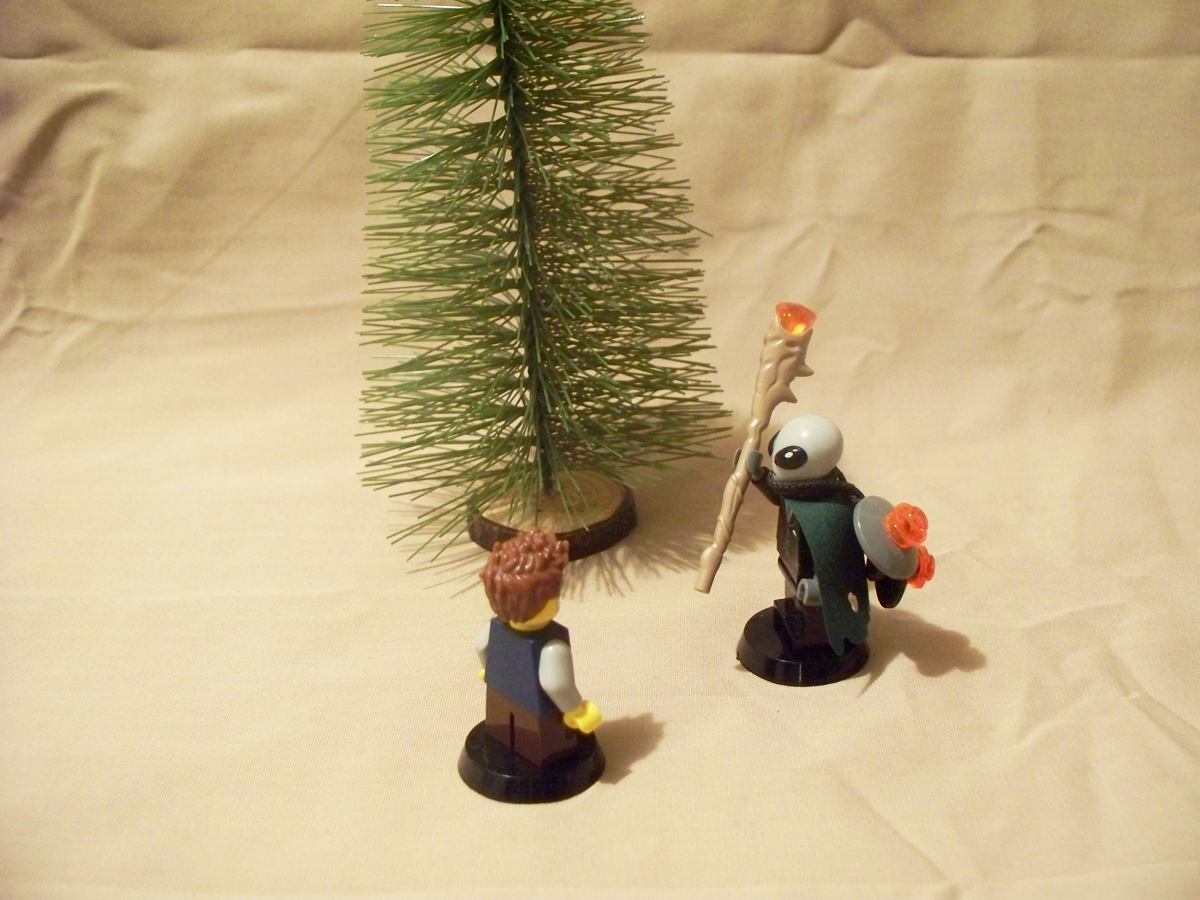 …and in the blink of an eye, the space between heartbeats, the two have abandoned their icy retreat and have materialized in the extreme opposite of environs. A vast, sandswept desert stretches out before them, only a handful of DieFour Effigies marring the undulating landscape.


Quantum: “That looks right. I think. Here, let’s walk over this way a little.” 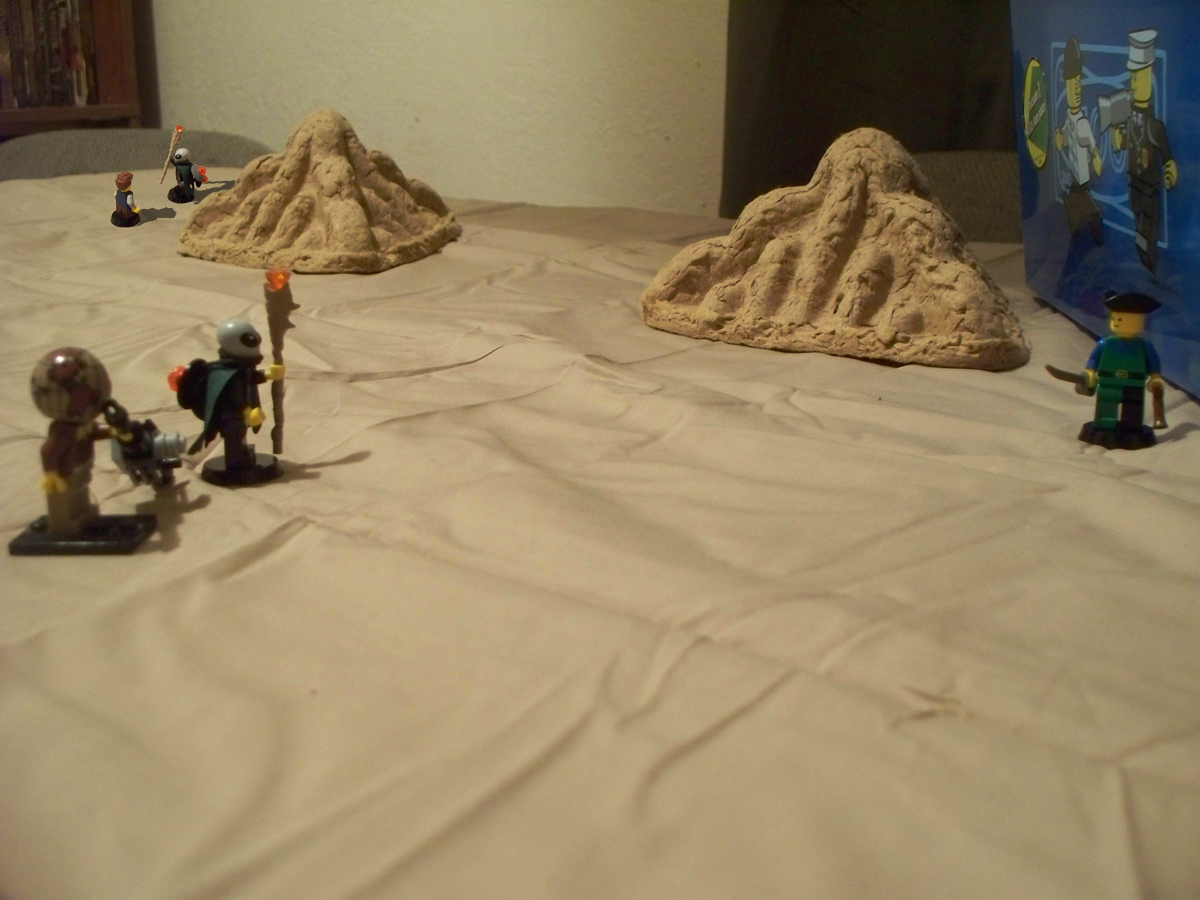 Quantum: “There, yeah. I’ve been extrapolating this scenario for some time. By my calculations, it will occur deep, deep in your future. Take a look. Apparently, I call the Czat to arms here against an awful threat. See? There I am with Scratch. Man, he sure looks different.” 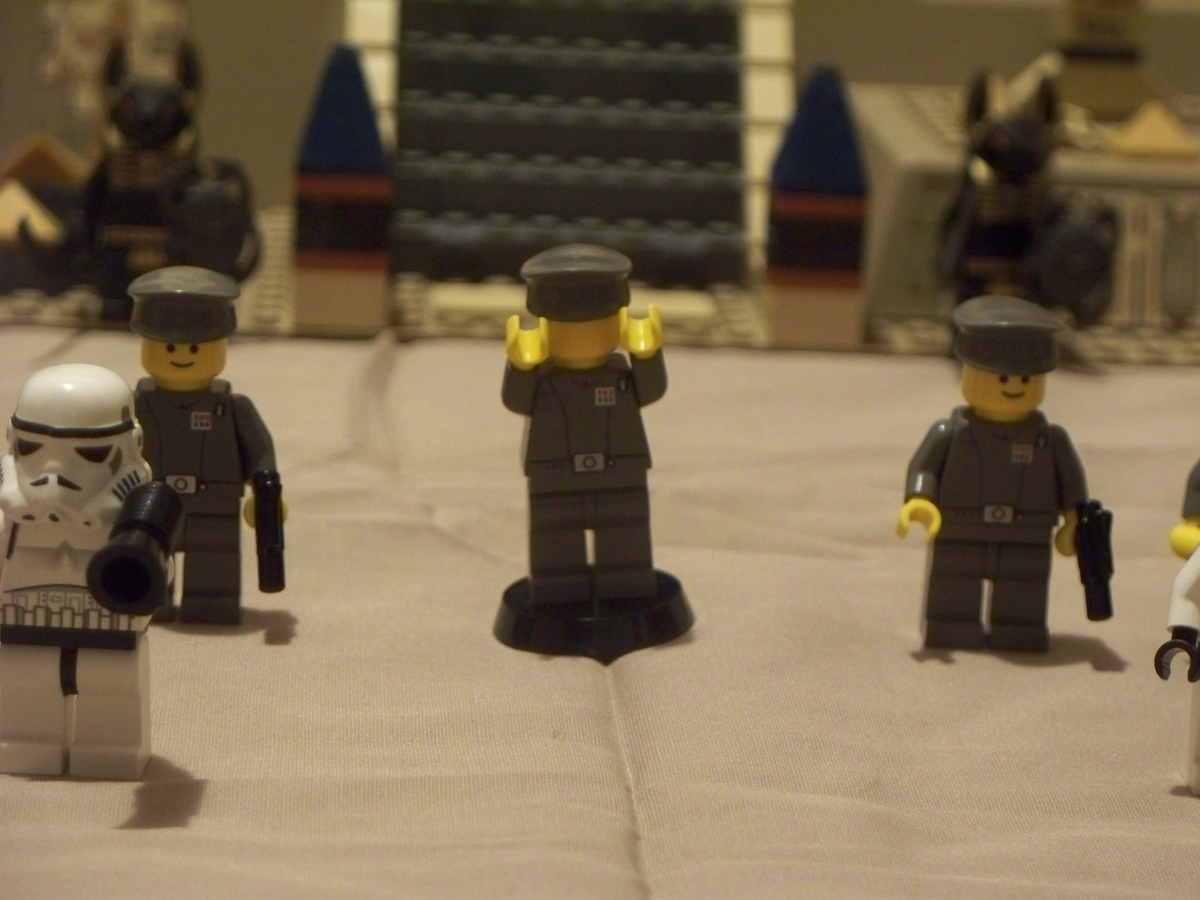 Quantum: “And there. See that guy? That’s one of the Horsemen of the Brikpocalypse, Stability. I believe he will have garnered an incredible amount of power somehow…I can’t yet figure out how. I mean, it’s not like anyone could ever possibly stand against us. Yet…there he is, doing just that. Anyway, I gather that he will use his ill-gotten power to attempt to stop this Rekon from ever happening. What is that? Looks like…eh…maybe 2,900…3,000? Whatever, it’s a while from now. But if he stops it, he’ll own the whole universe. Everything will stop, after a fashion. The same battles will be held again and again and again. No new stories will develop. No new Heroes will spawn. No new Empires will rise. The very lifeblood of what makes this godforsaken place interesting in the first place will just…dry up. Look at him. You can see it in his face, can’t you? Even from here. He represents every single gatekeeper personality you’ve ever known or will ever know. Seeing that, you wouldn’t want even a select group of dudes in control of everything, would you? Guides, Moderators, fine, sure. But elitist fartknocker gatekeepers with an overblown sense of their own creative genius and a general disdain for literally everyone else? No, thanks. And in response to that, why wouldn’t we want the most wildly diverse future we could imagine?” 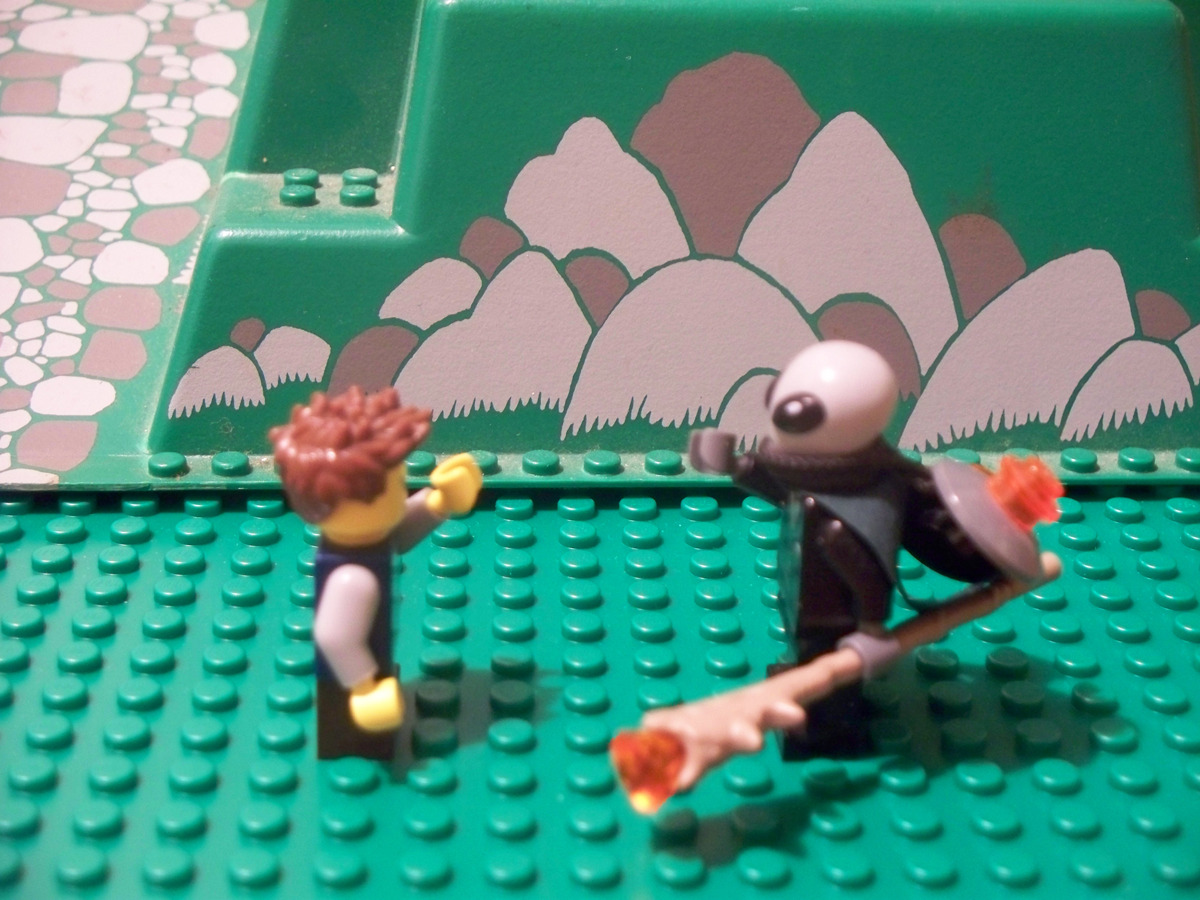 While the kid ponders Quantumsurfer’s ideas, the Surfer raises his staff once more and transports them back to the kid’s home.


The two raise hands in farewell and Quantumsurfer vanishes as quickly as he had appeared. 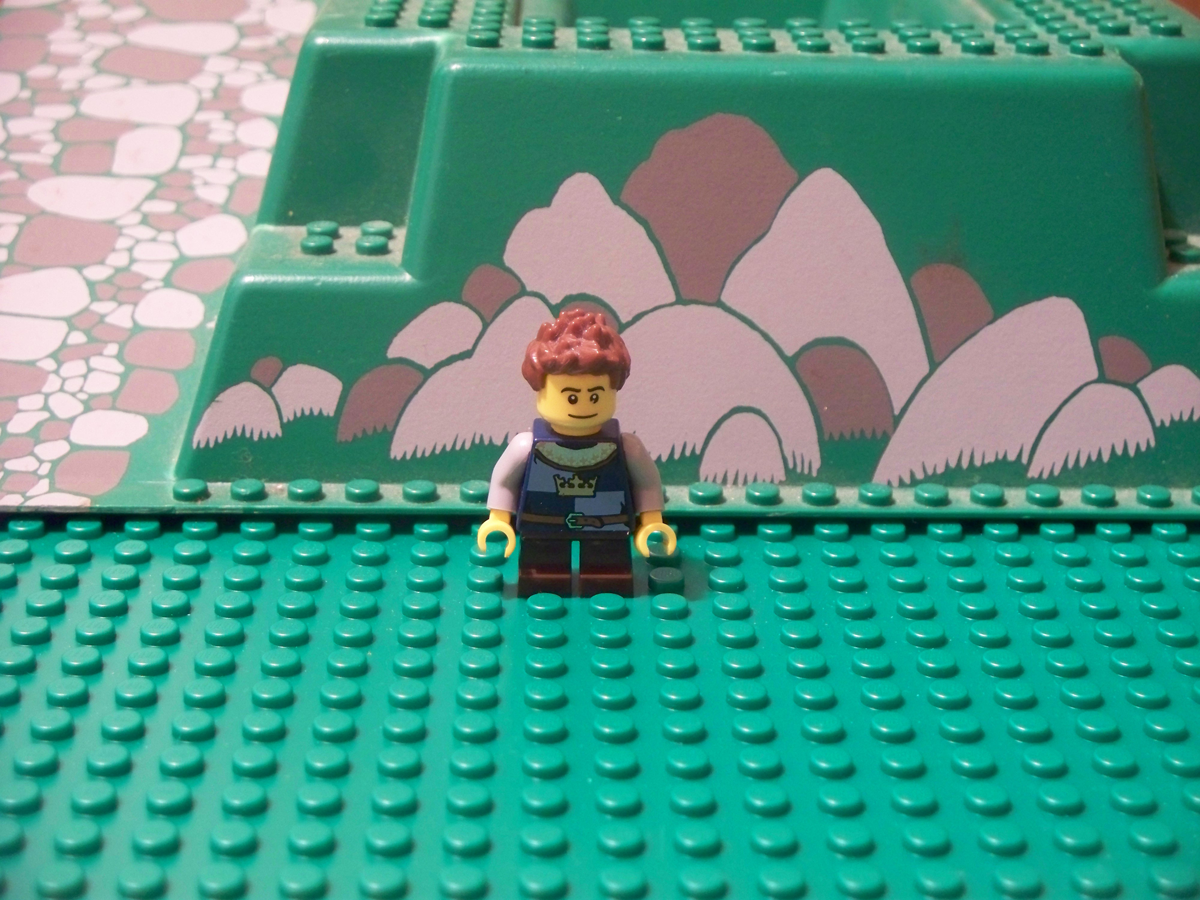 The kid turned to survey what would soon be his kingdom. He thought about what the QS! had had to say. But there was far more to learn. Far more to do. And he felt a heroic stirring in his breast as his gaze swept the land and saw the potential hidden there. He would remember that moment, that turning point, many times in his long career. 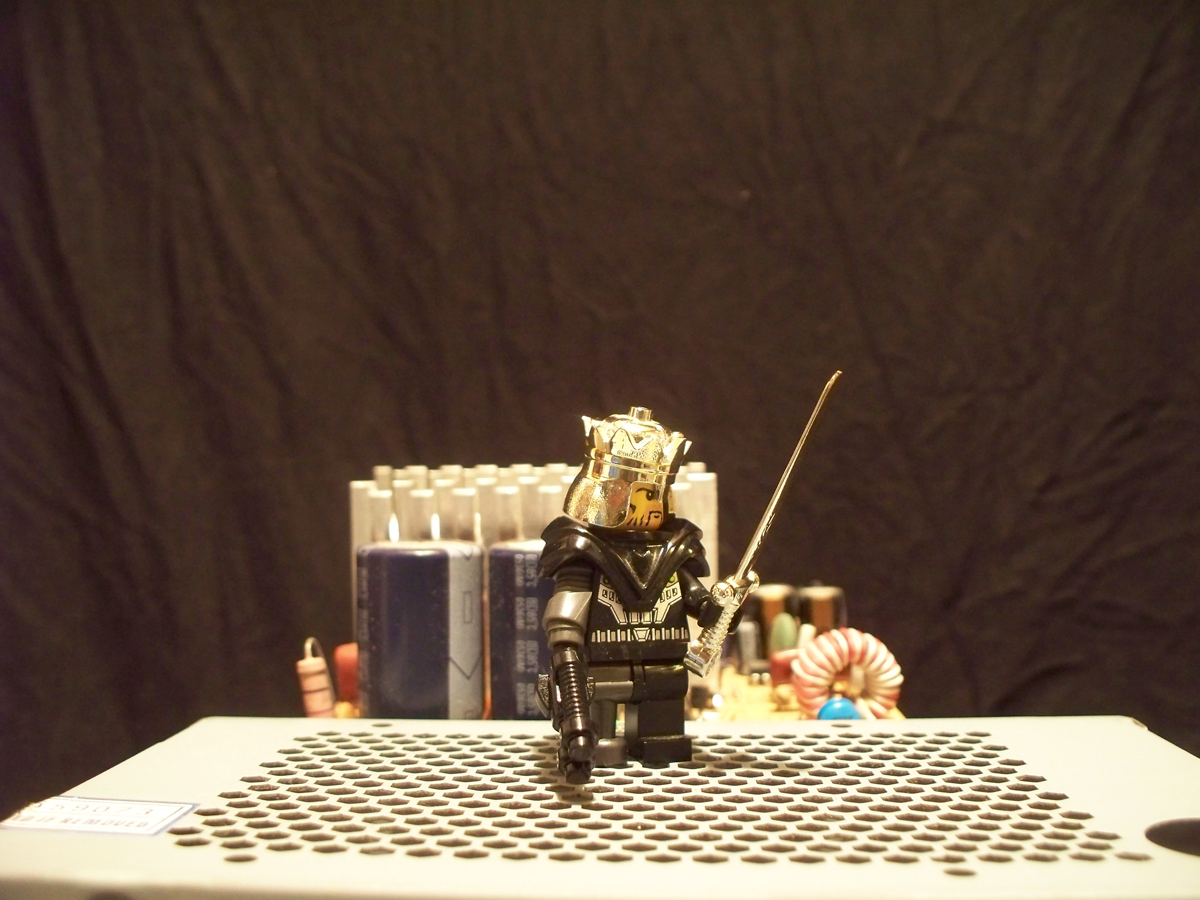 And he thought of it now as he gazed at his sword, his most prized possession, and contemplated the meaning of this most current engagement. He was older and wiser by far and his many campaigns had left their permanent mark on him. His battleworn visage reflected back at him from deep within the depths of his golden blade. And he struggled… 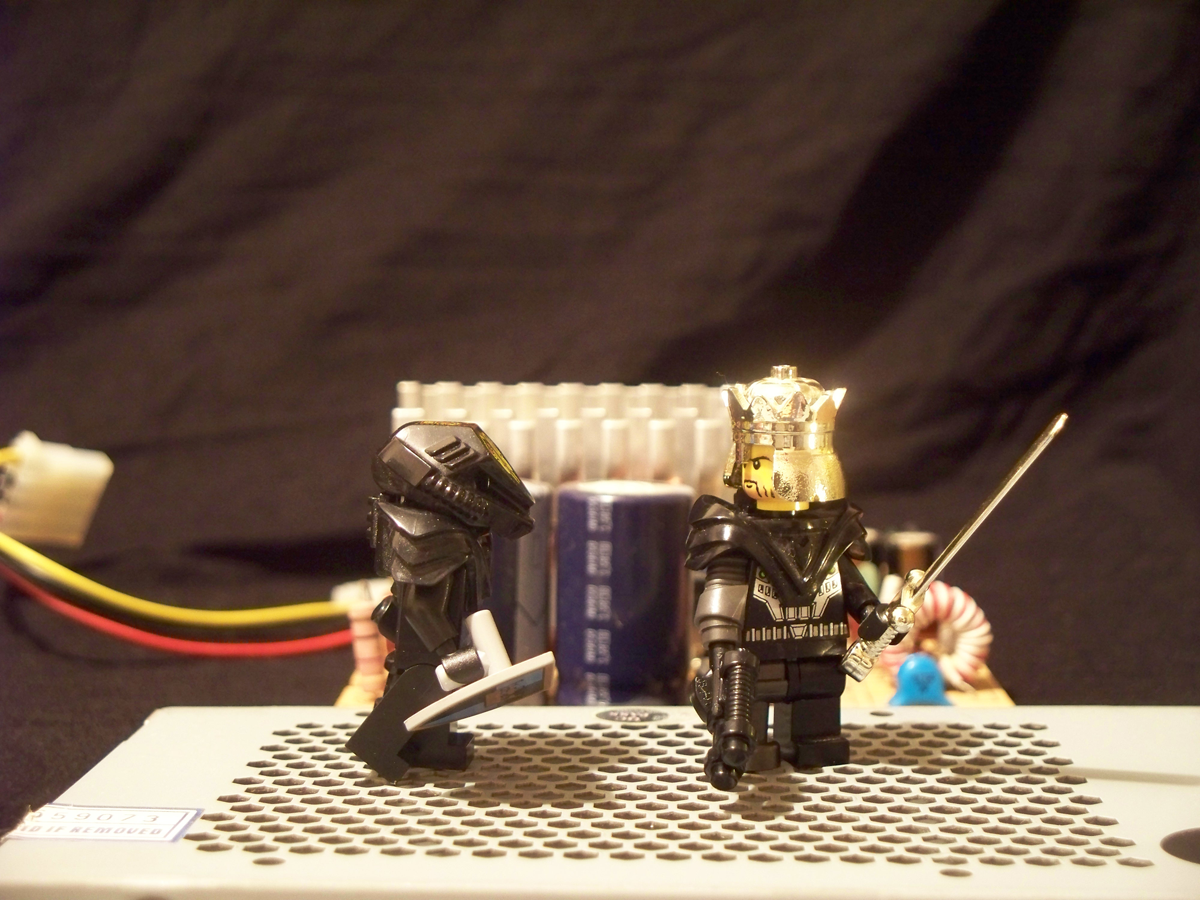 
The King turned from his remembrances and his inner turmoil and faced his minion and the task at hand.


Soldier: “They are approaching, my lord, at speed. Shall we prepare the Plot Device Ordnance?” 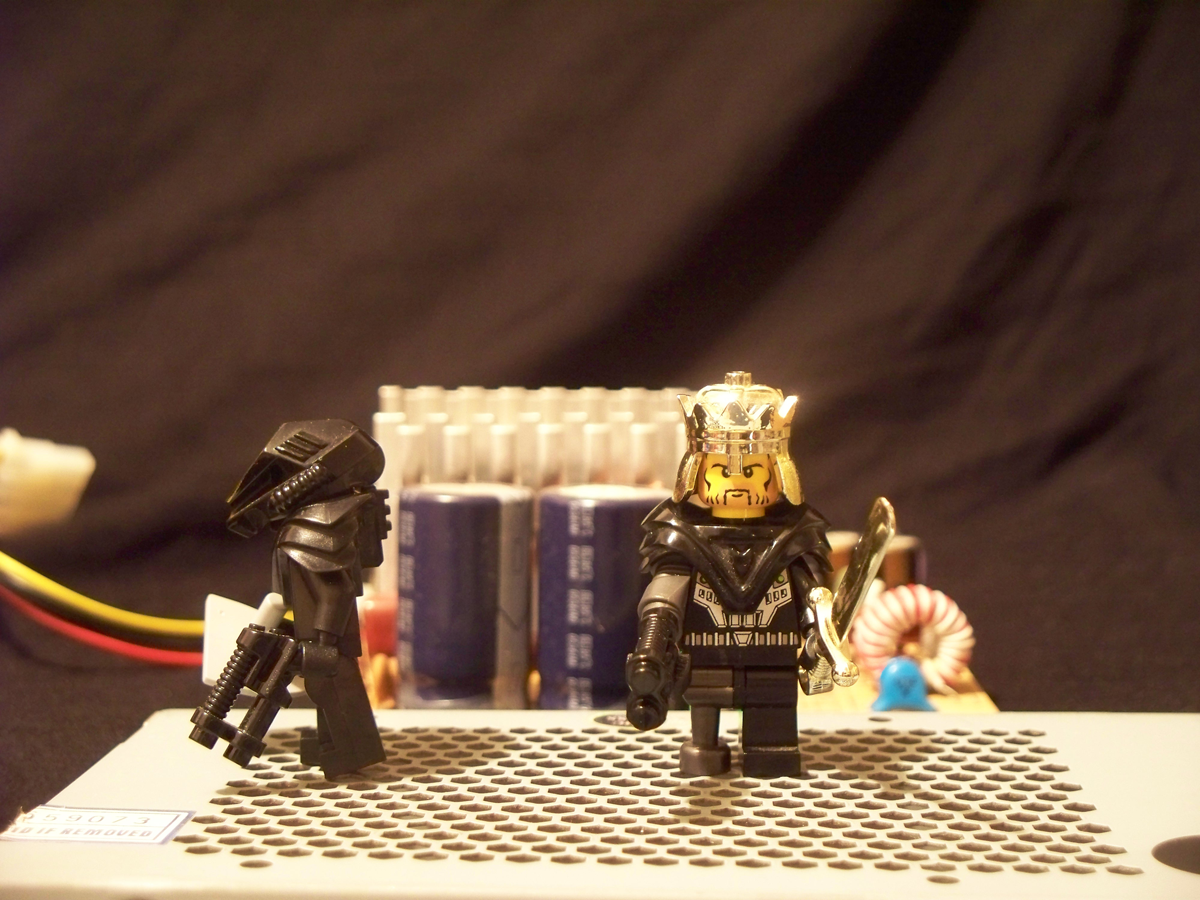 King: “No, Captain, I was just thinking…what would be the fun in that? Let them come! Let’s get creative. Let our blades taste blood once more, for old time’s sake, but find new ways for them to die suddenly, violently, and all over the place on the tail end of the glorious destruction we wreak!”

Amazing! I feel super hyped even though I have no idea what I'm actually hyped about.

I just love the King's design, and I feel their conversation is pretty relevant.
Top
Post Reply
3 posts • Page 1 of 1