Those wishing to participate in the contest should submit an original battle report via a new thread in the Reports from the Field forum between January 3, 2018 and February 5, 2018, including the identifier tag [RK18] in the title.

For the 2018 Contest, the following are Judges:
The following are Secondary Judges:
Judges will read each entry and score it based on the following categories:
Each Judging Category is rated on a scale from 1-10, except Fun, which is rated on a scale from 1-20. The scores from each category will be added together, with the exception of Story, for a Final Score of between 4 and 50. The Story Score will only be used in the event of a tie between entries. Judges are encouraged to keep an open, diverse mindset when judging entries as they are not inherently required to adhere to any particular interpretation of Kanon or individually preferred tone. In short, we all have a good general idea of what constitutes as Brikwarsy but a great many of us have some pretty different ideas about the specifics.

The 1st Place Winner will become our BrikWars Monarch of 2,018, join the ranks of BrikWars Royalty, and gain full on bragging rights. They will also earn a unique custom badge, which will be pinned to the winning post and generally used however the winner sees fit (such as its inclusion into their forum signature). 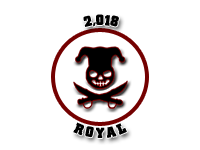 The previous year's Monarch has the transition period of the contest's duration to issue any last minute ridiculous decrees. This year, the Reigning Monarch has decreed that Rekon entries featuring the Immortal War in some manner will earn 0.5 points on their Final Score.

sahasrahla
that is a fantastic question to which no satisfactory answer will be forthcoming
Posts: 875
Joined: Sat Feb 04, 2017 5:40 pm

can i enter a battle that's currently in progress?
Top

I'd love to enter a battle, but I am in the process of moving house so I am completely unsure about whether I will have the time or not.
Phalek empire, S.P.A., Belgïe, My claim to not being a shitbuilder.

sahasrahla wrote:can i enter a battle that's currently in progress?

No, sorry. That is, unless there's some kind of special circumstance and the judges want to allow it.


Contest Rules wrote:Participants may also submit Forum or Chat Battles via the Forum Battles forum with the same identifier tag in the title, provided that those entries are begun and ended within the contest's timeframe.

motorhead fan wrote:I'd love to enter a battle, but I am in the process of moving house so I am completely unsure about whether I will have the time or not.

I look forward to it if you find you have the time. Good luck with the move.
Quantumsurfer's Narrative Index
Top

Can I get stickies switched for this one, please?
Quantumsurfer's Narrative Index
Top

*thinks* I'd rather make an entry, but it occurs to me that I'm not going to have the TIME to make an entry, so I am willing to be a judge... ^0o^
Top

I'll take it. And if you do decide to make an entry, it's still all good. We'll just have the secondary judge judge it.
Quantumsurfer's Narrative Index
Top

We're past the halfway mark. Get those entries in, folks.
Quantumsurfer's Narrative Index
Top

Can I get a confirmation of the exact time for entry closing? I'll be cutting it close and don't want to miss out due to timezone shenanigans.
Almond Status: ACTIVATED
Top

Anywhere on Earth is usually when I close submissions.
Quantumsurfer's Narrative Index
Top