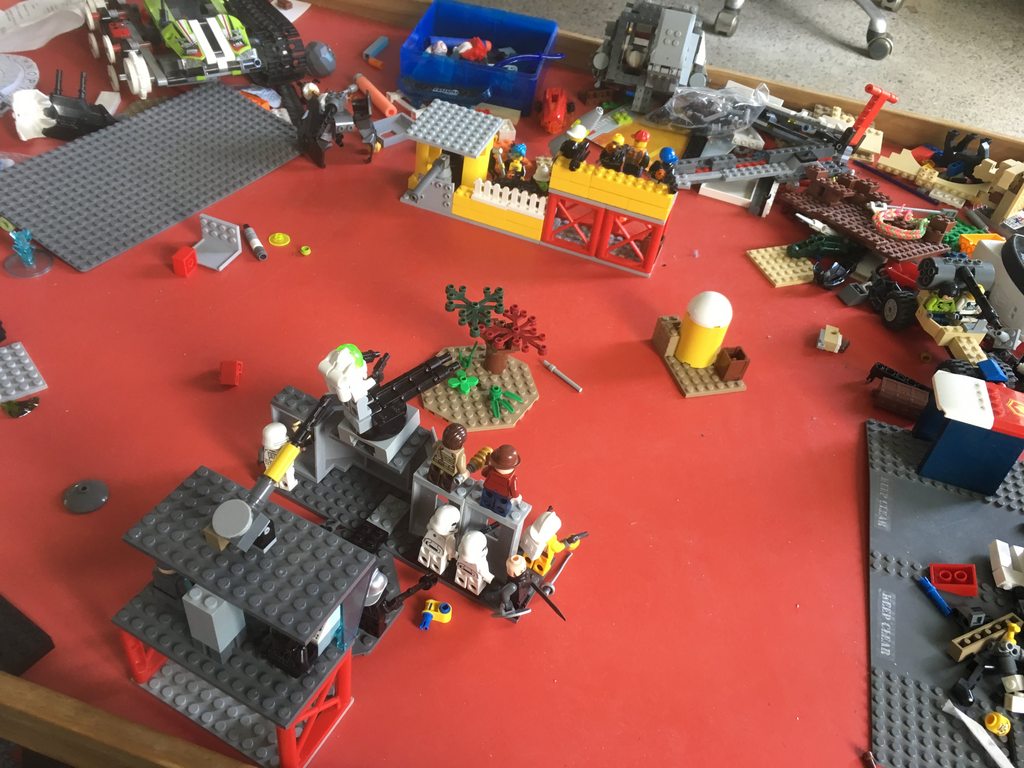 Overwatch of the forts 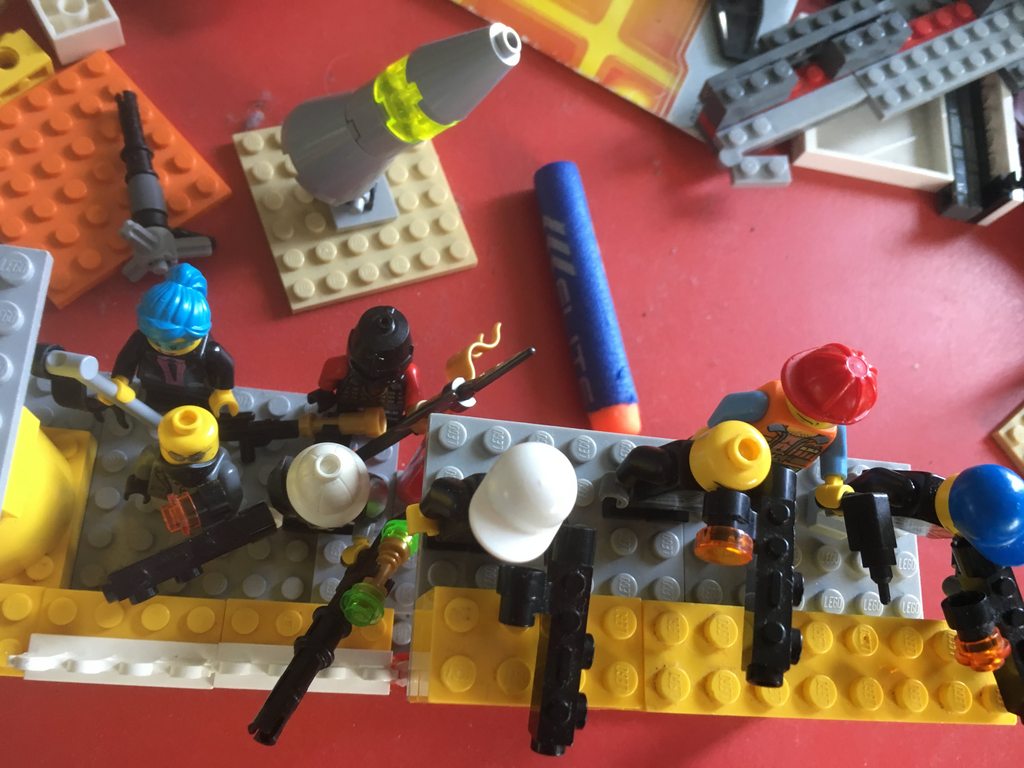 The Yellow fort, they've also got a cannon robot and a bunker with another cannon off to the side 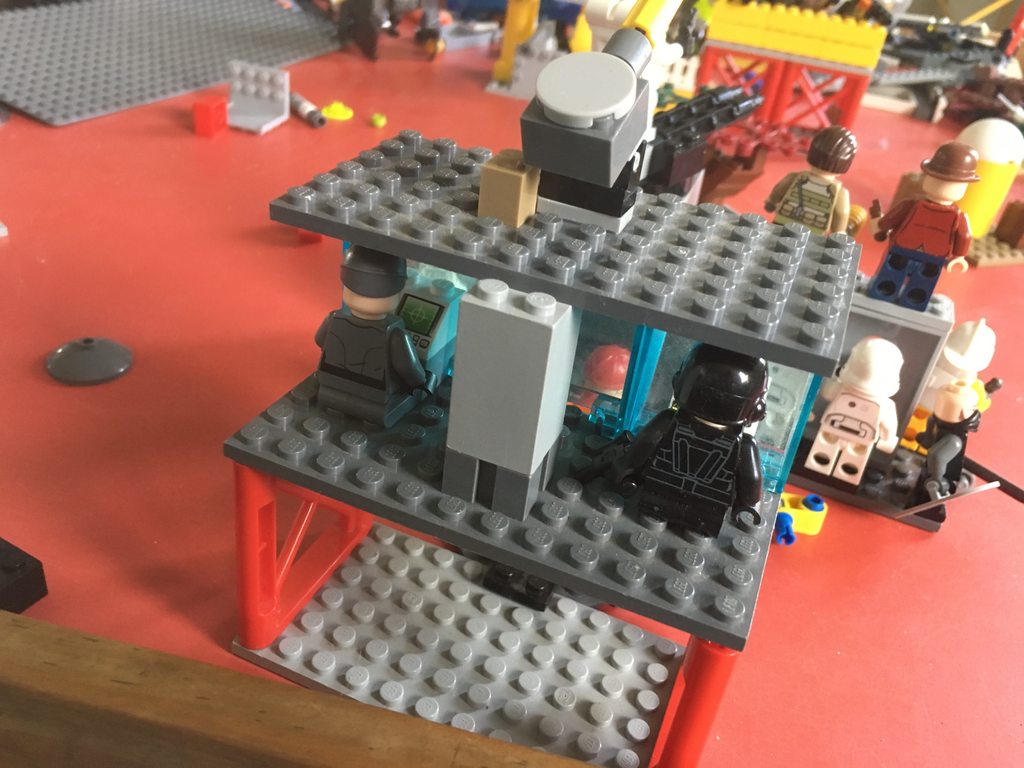 The Peach fort's gunners, watch the one in black 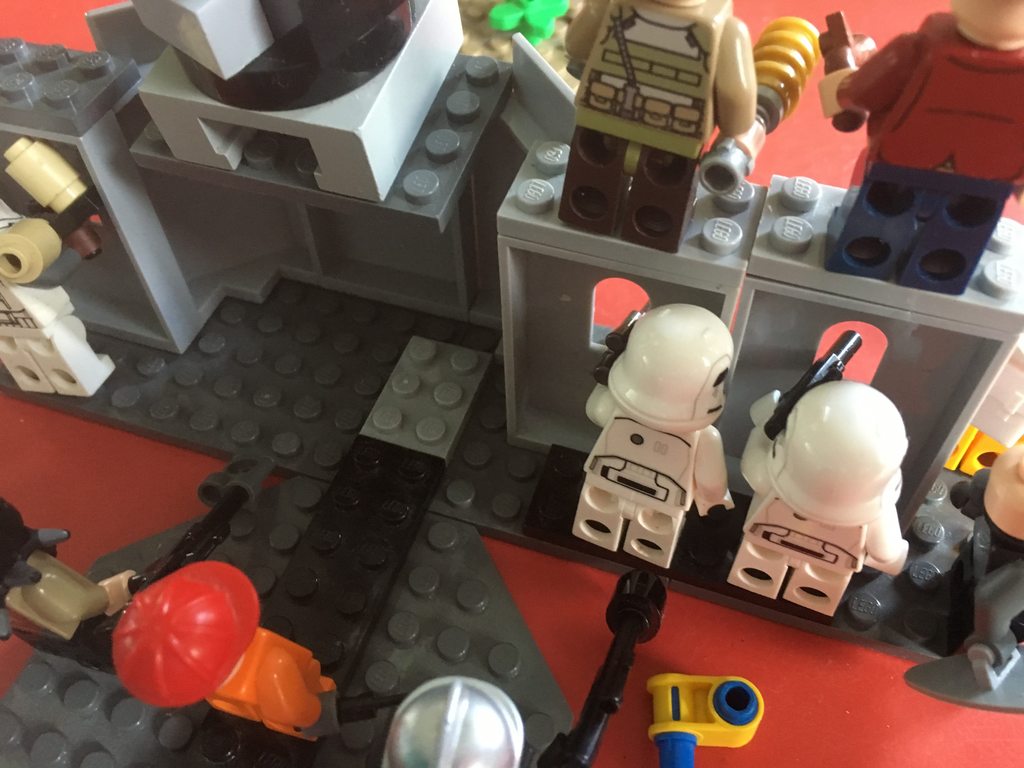 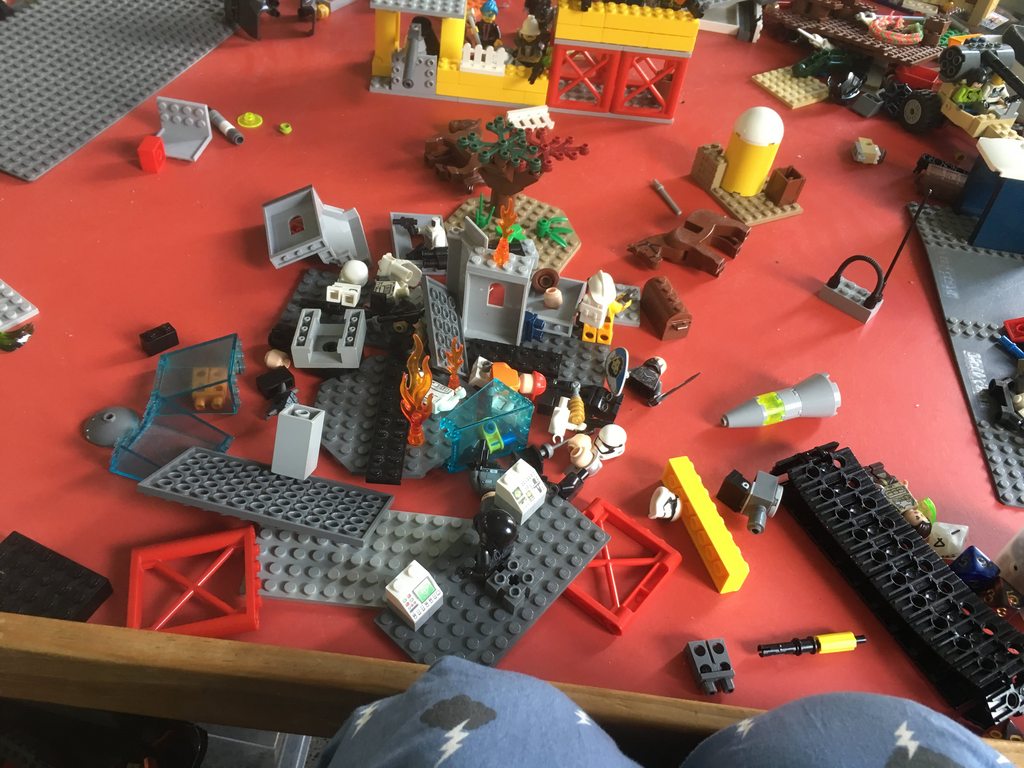 The Yellows launch a devastating missile strike, wiping out all but 2 of the peaches. 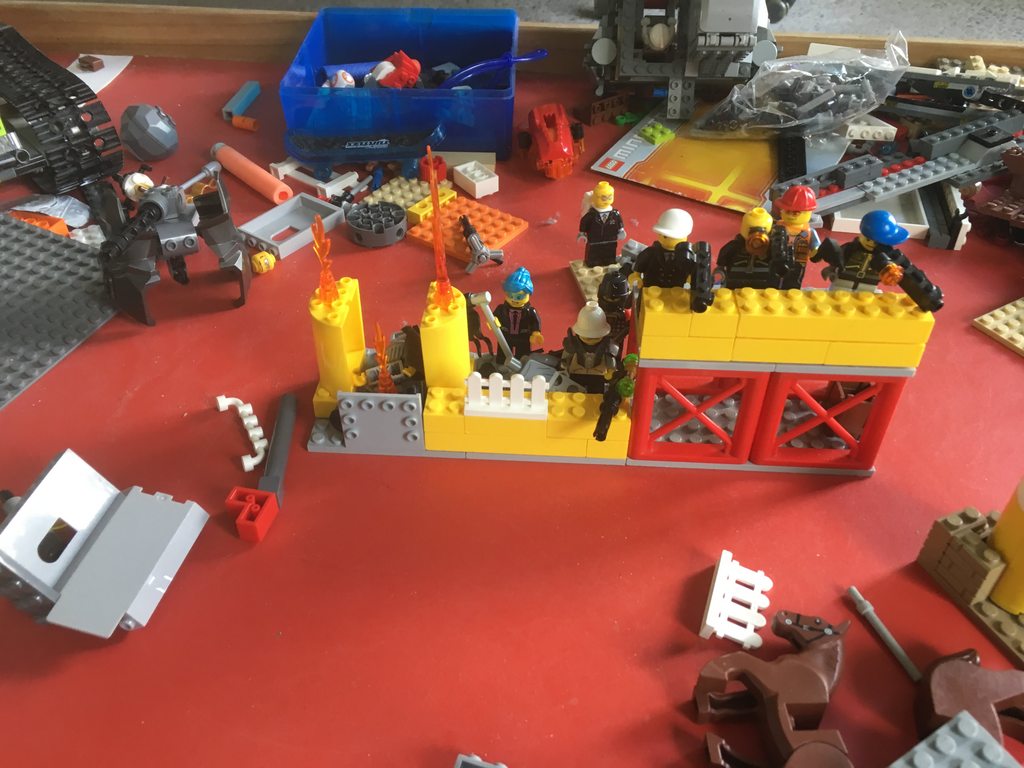 They attempt to follow it up with cannon fire, but the cannon backfires and explodes. The sniper tries to help, but he misses. 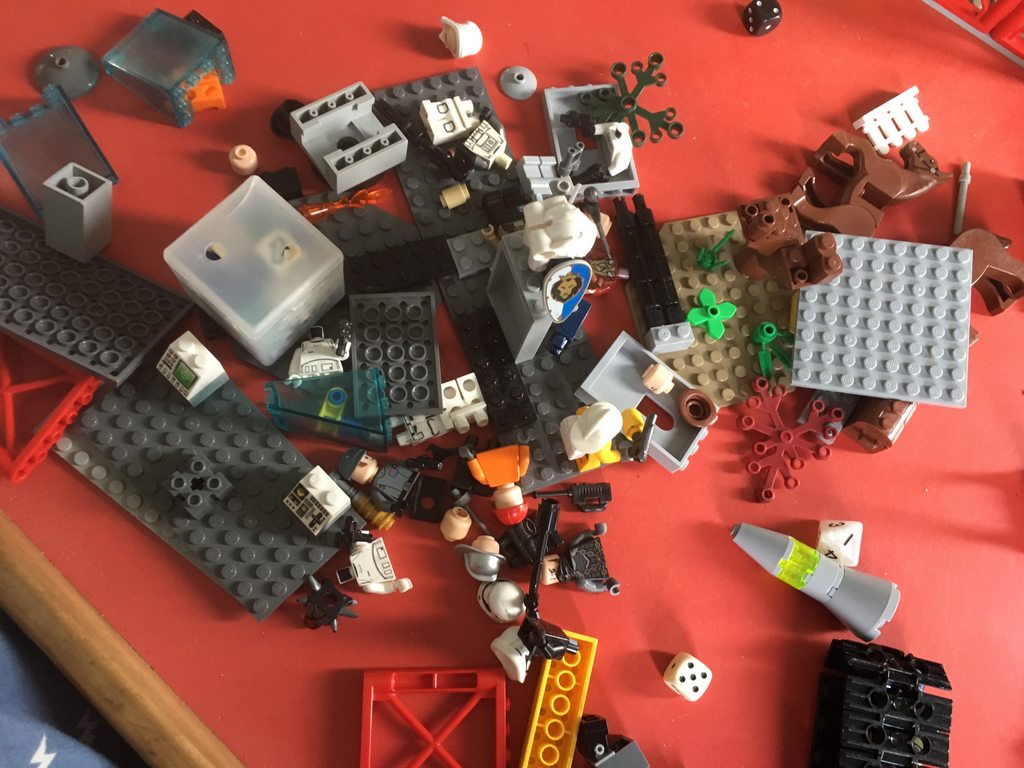 The gunner in black, fed up with the Yellow's bullshit, dons the Heroic jump pack of his erstwhile boss and picks up a sword and shield for maximum protection 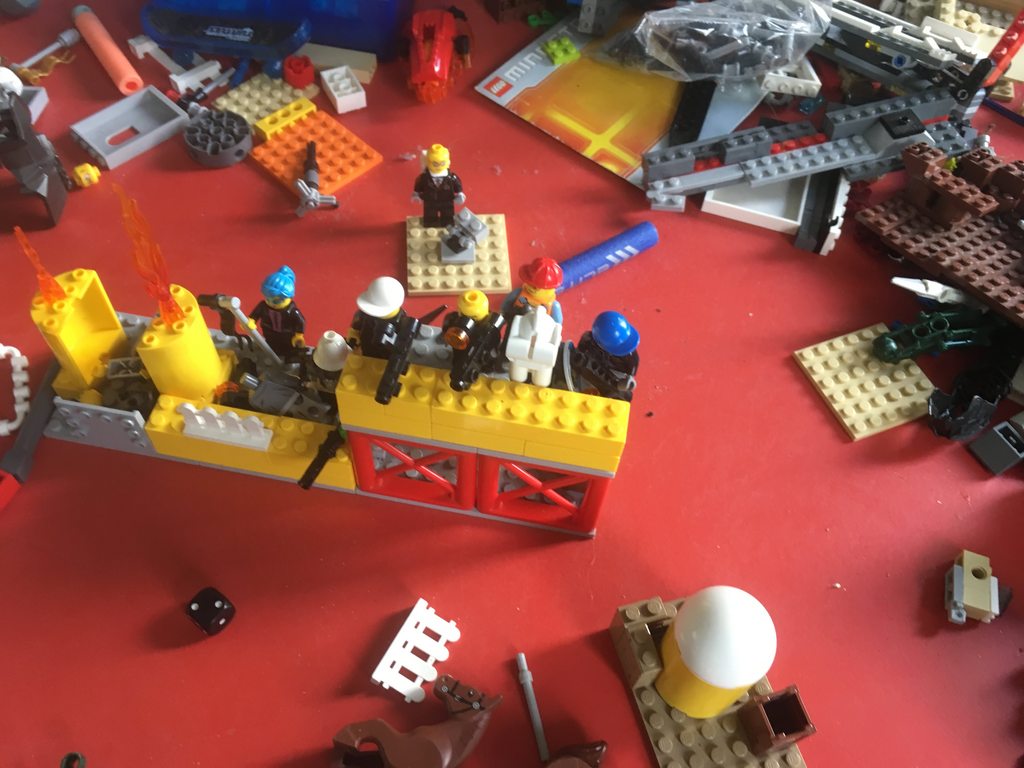 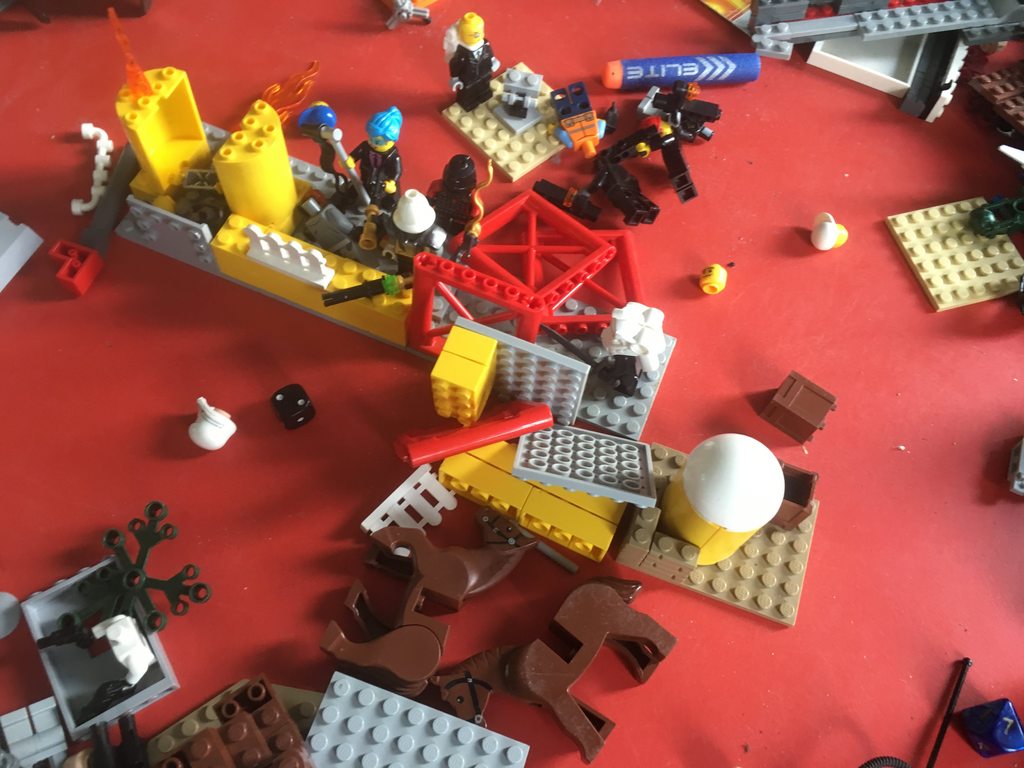 Smashing into it like a comet, annihilating that end of the fort and anyone on it. 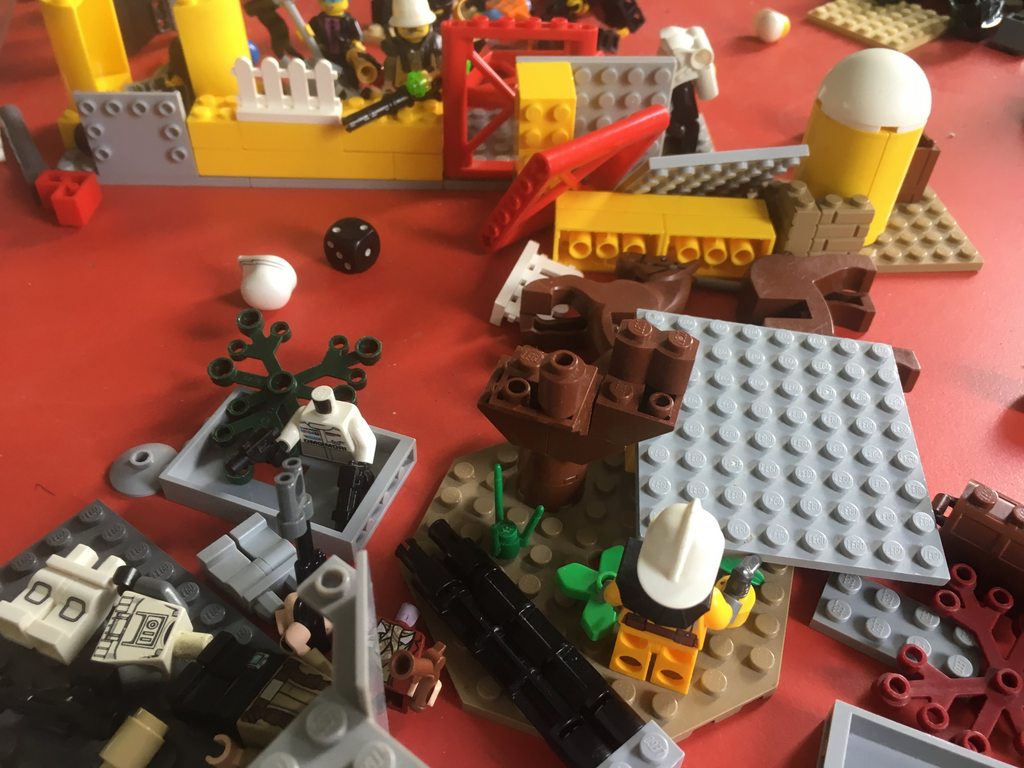 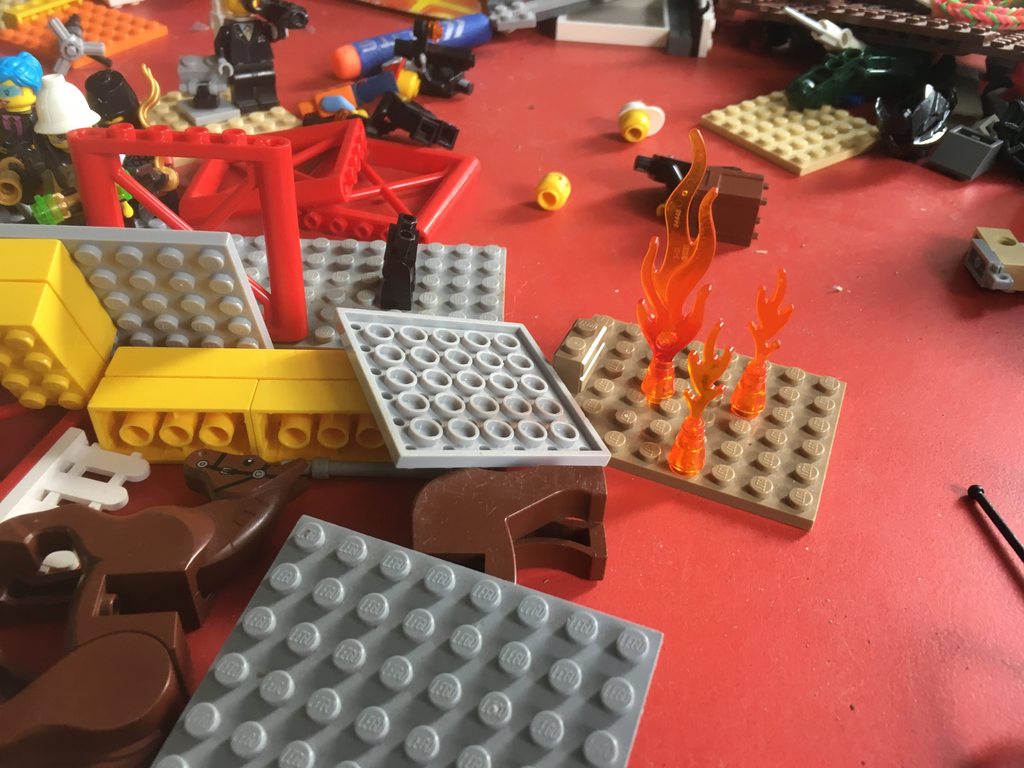 The cannon walker kills the gunner, cutting the remaining Peaches down by half 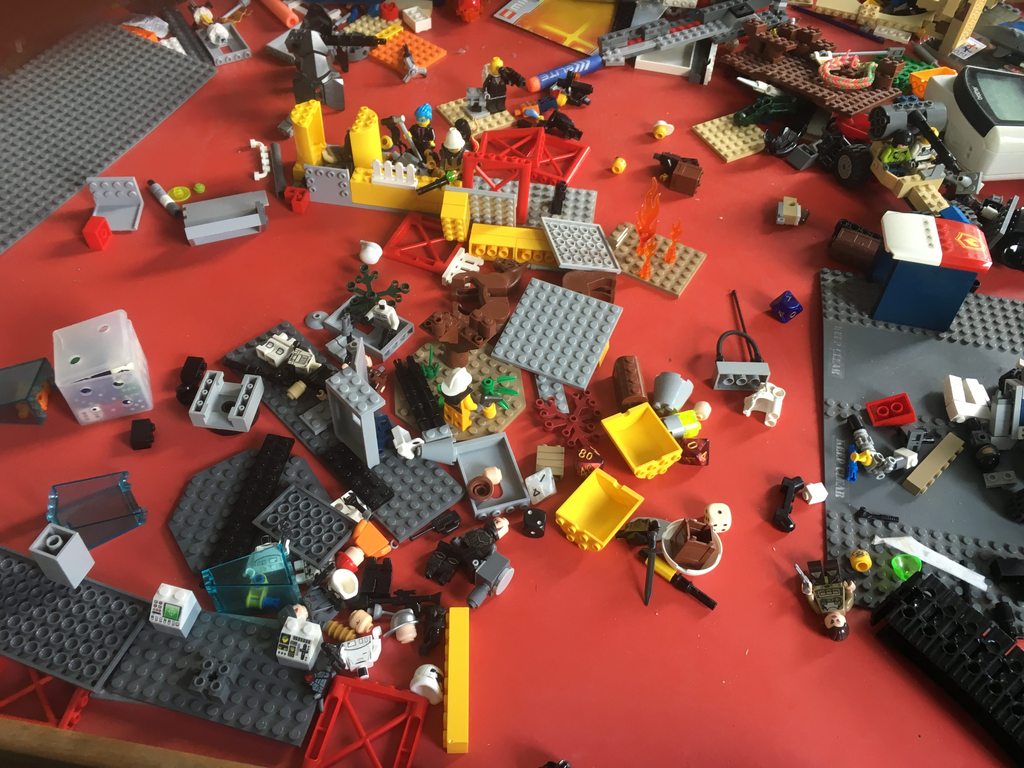 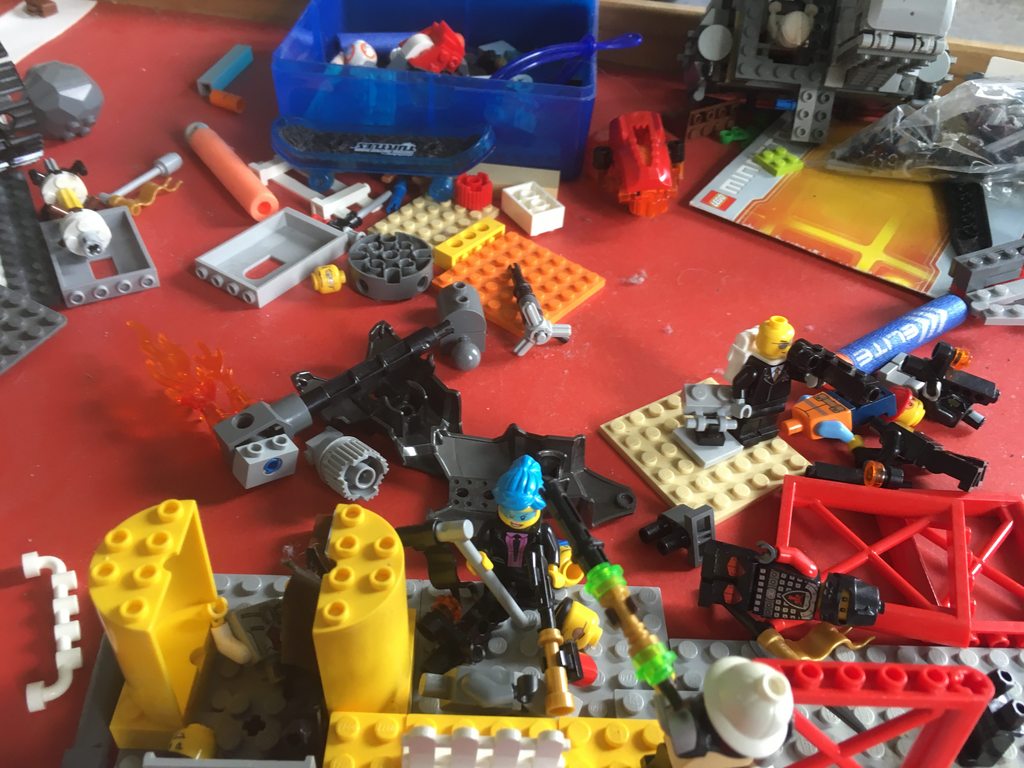 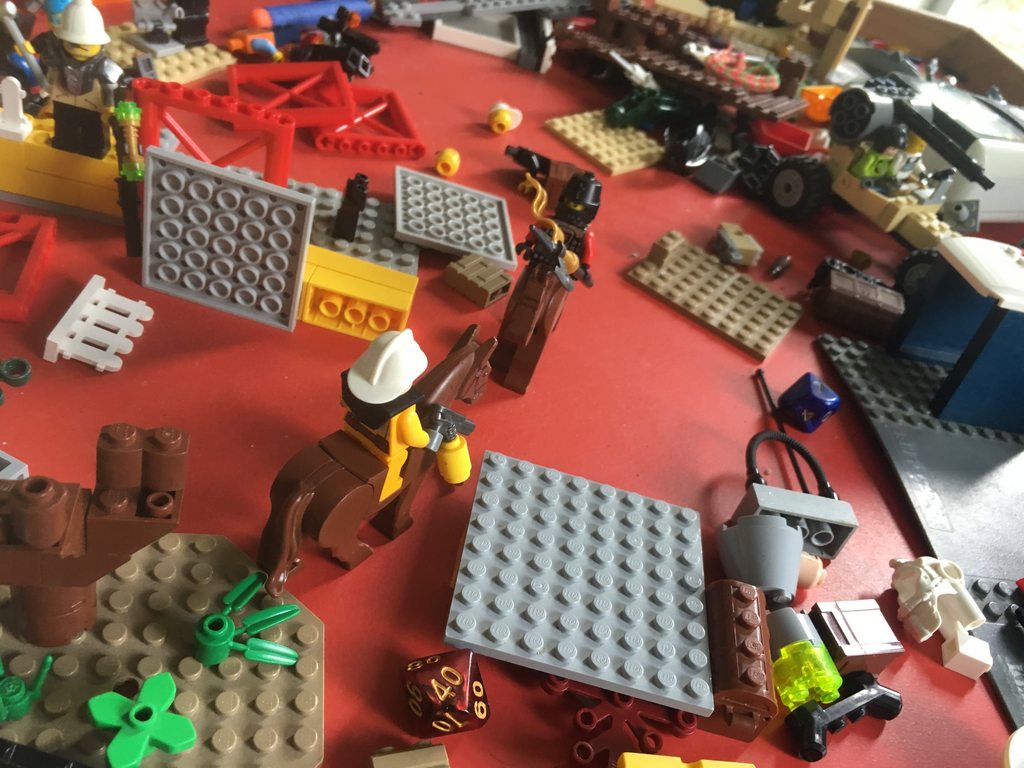 The flame trooper jumps on a horse 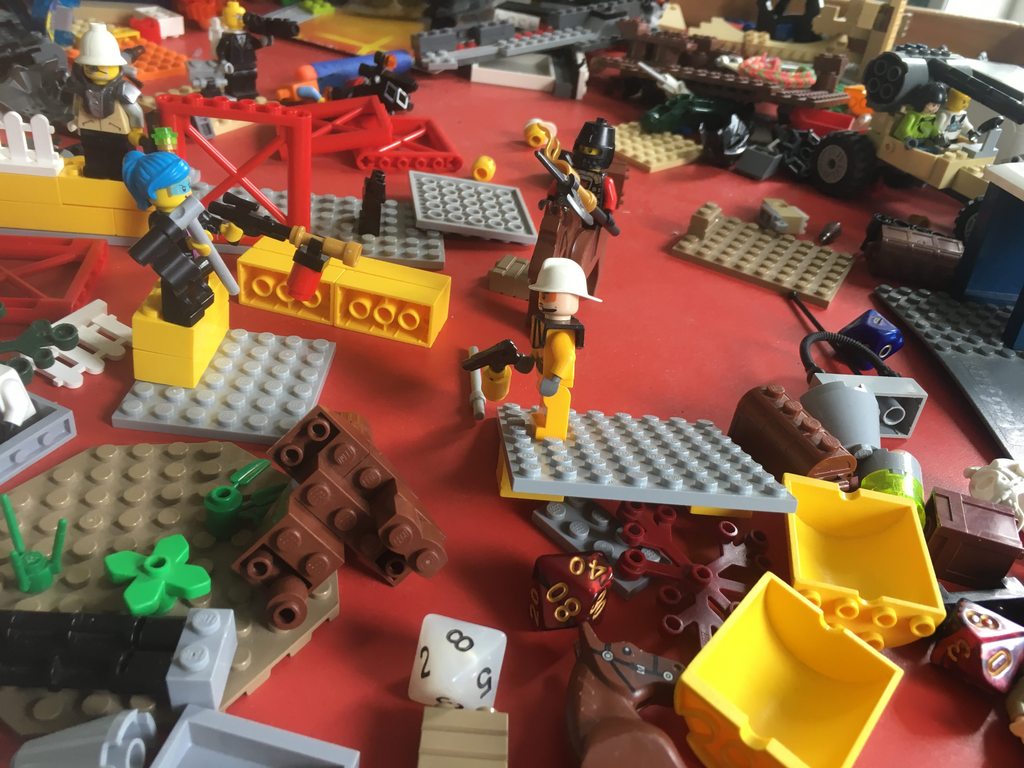 And then it gets killed by the Yellow flame trooper 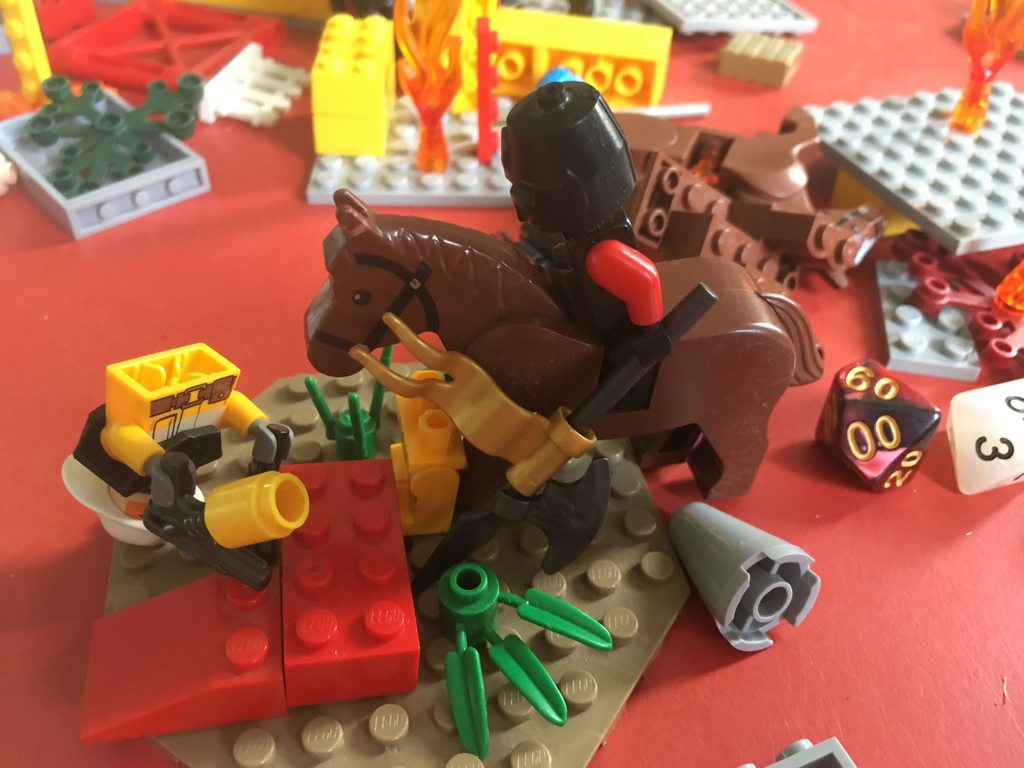 The flame trooper runs off, and the Yellow knight kills him with a halberd
You are like a man who fires gunshots at the barn, then paints a target around the biggest cluster of hits and claims to be a sharpshooter.
Top

That was a pretty close battle, either side could have won at the end.
Phalek empire, S.P.A., Belgïe, My claim to not being a shitbuilder.

Yeah, looked really one-sided at the start but that heroic feat turned it right around
You are like a man who fires gunshots at the barn, then paints a target around the biggest cluster of hits and claims to be a sharpshooter.
Top

where is that flame trooper from?
Banned from both brikwars discords 3 times
Top

it looks like some kind of construction vest
The craigness is coming... Craigstorm will rise! Craig to all who oppose us!
My Old Faction:Darkstorm Empire, New Faction: Phoenician Empire My Alliance:Kult of the Darkness
What craigs, but has no craig, yet craigs all that craigs?
Some say the answer is craig, but only few know the real Craig. Soon, all will craig. Craigstorm is coming.

It's a forest firefighter, an X-wing head, an SMG from a superman set, and a yellow cylinder
You are like a man who fires gunshots at the barn, then paints a target around the biggest cluster of hits and claims to be a sharpshooter.
Top
Post Reply
6 posts • Page 1 of 1