Brikthulu has heard the rumors about ragnablok.
Brikthulu uploads a virus to all the computers. 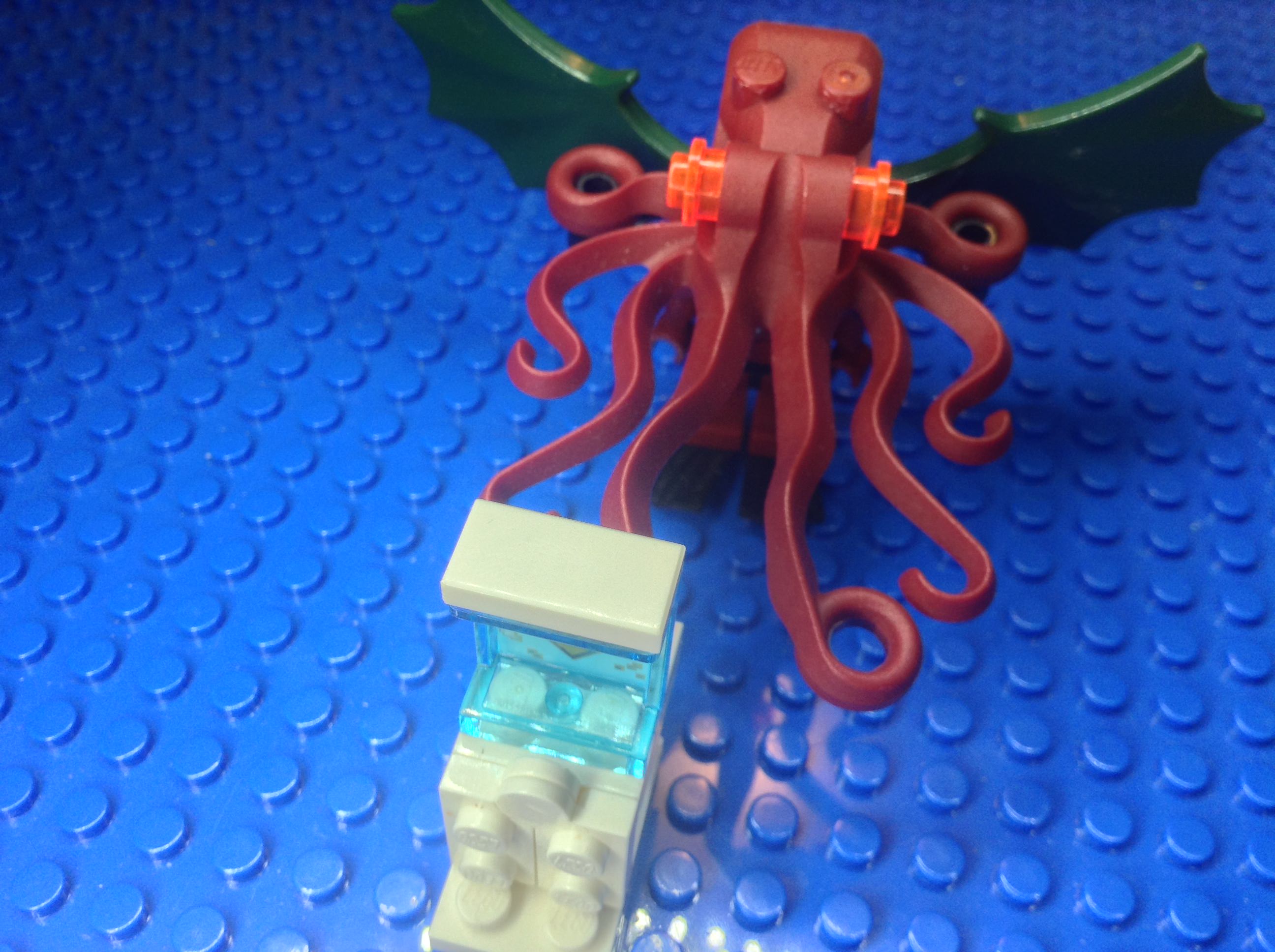 ---Somewhere, on a ship near the edge of Phoenician space---

“Sir, we’re getting reports that systems across the brikverse are being hacked!” 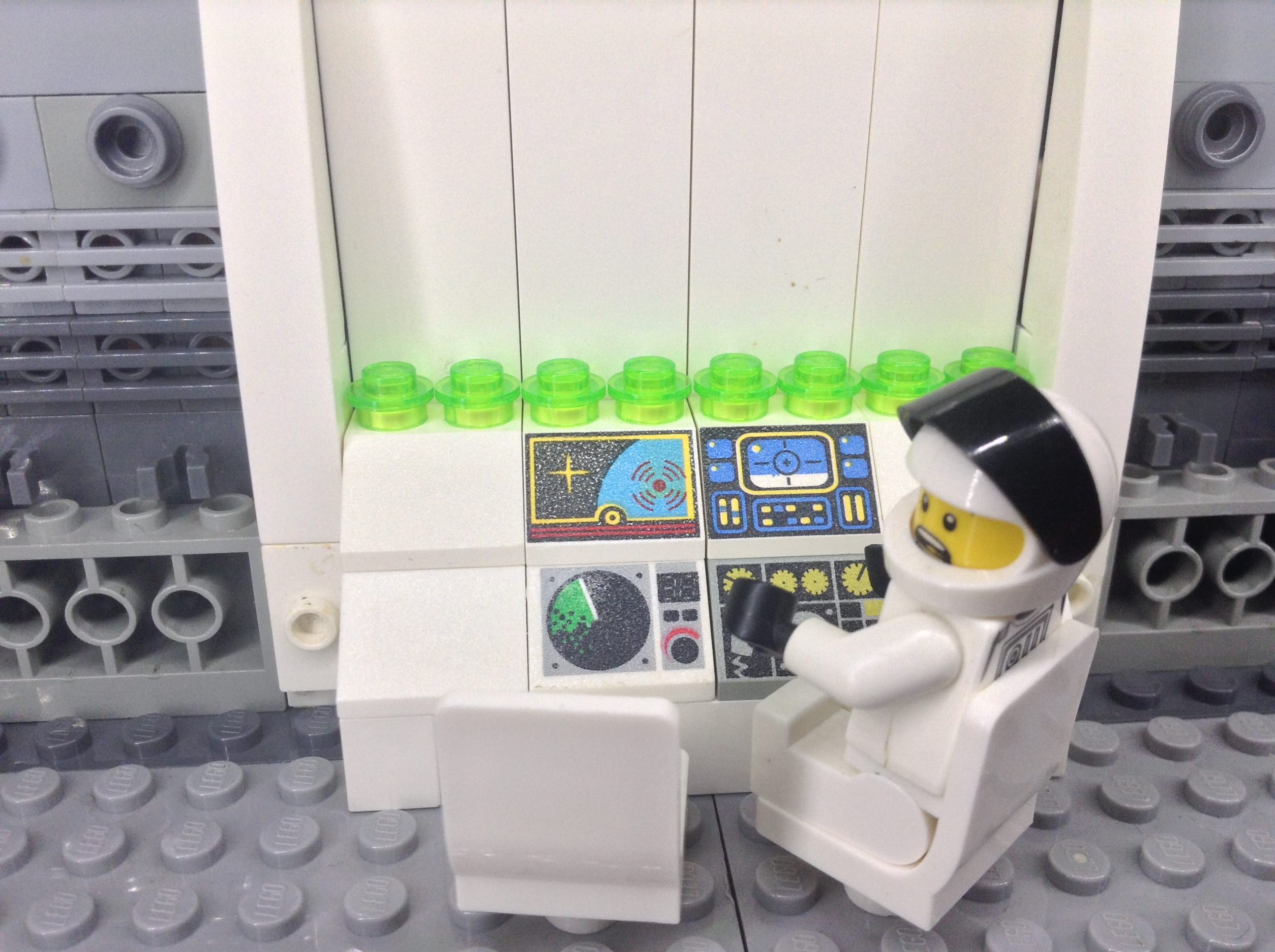 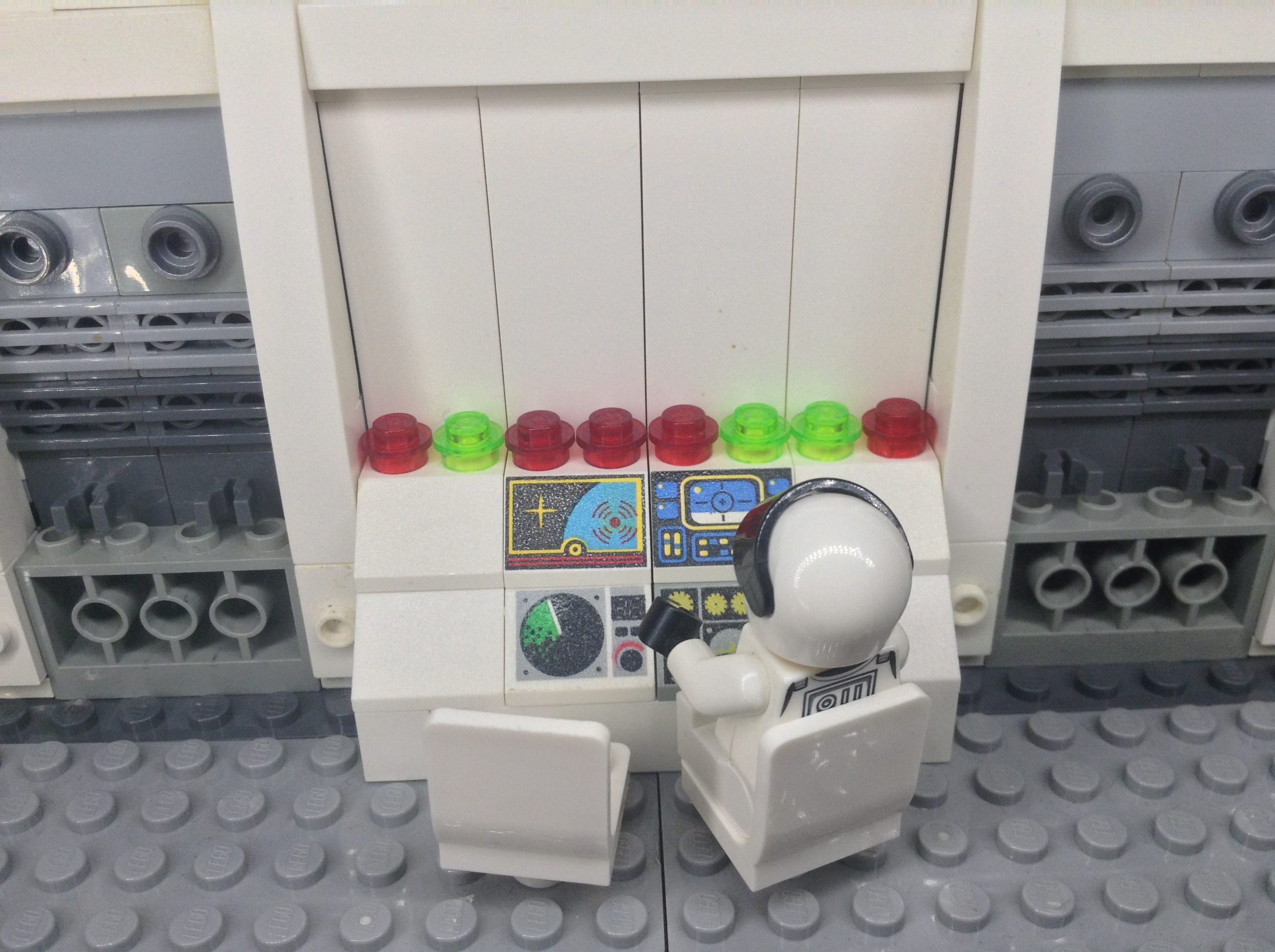 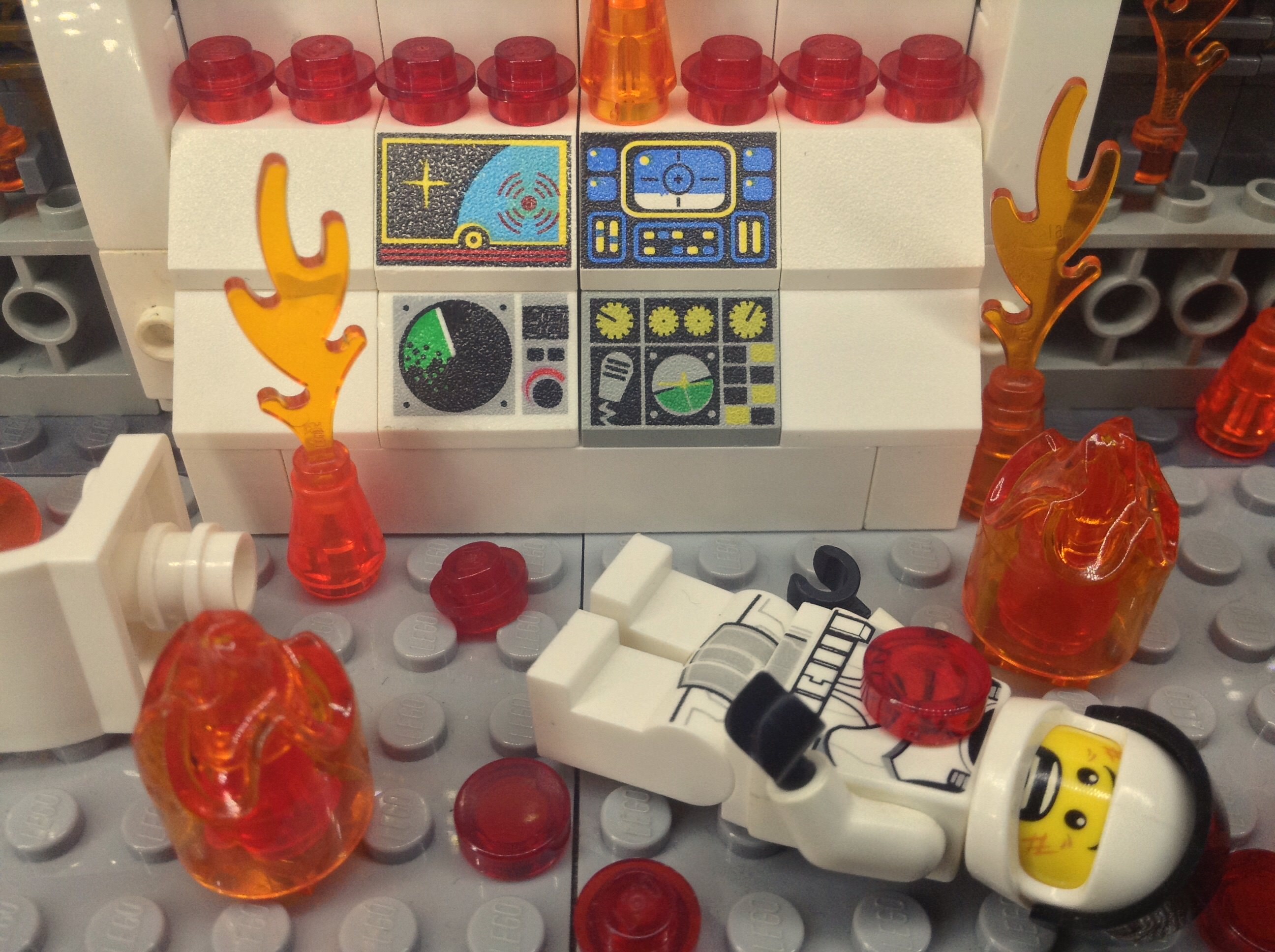 With electronik systems being hacked throughout the brikverse, robots are being controlled by brikthulu for his evil purposes. Now on planet Fimblewinter, a collection of heroes confront where they believe Brikthulu to be.

“I see you pathetic beings think you can face me in battle? You will return to the primordial ABS that my father created you from!” 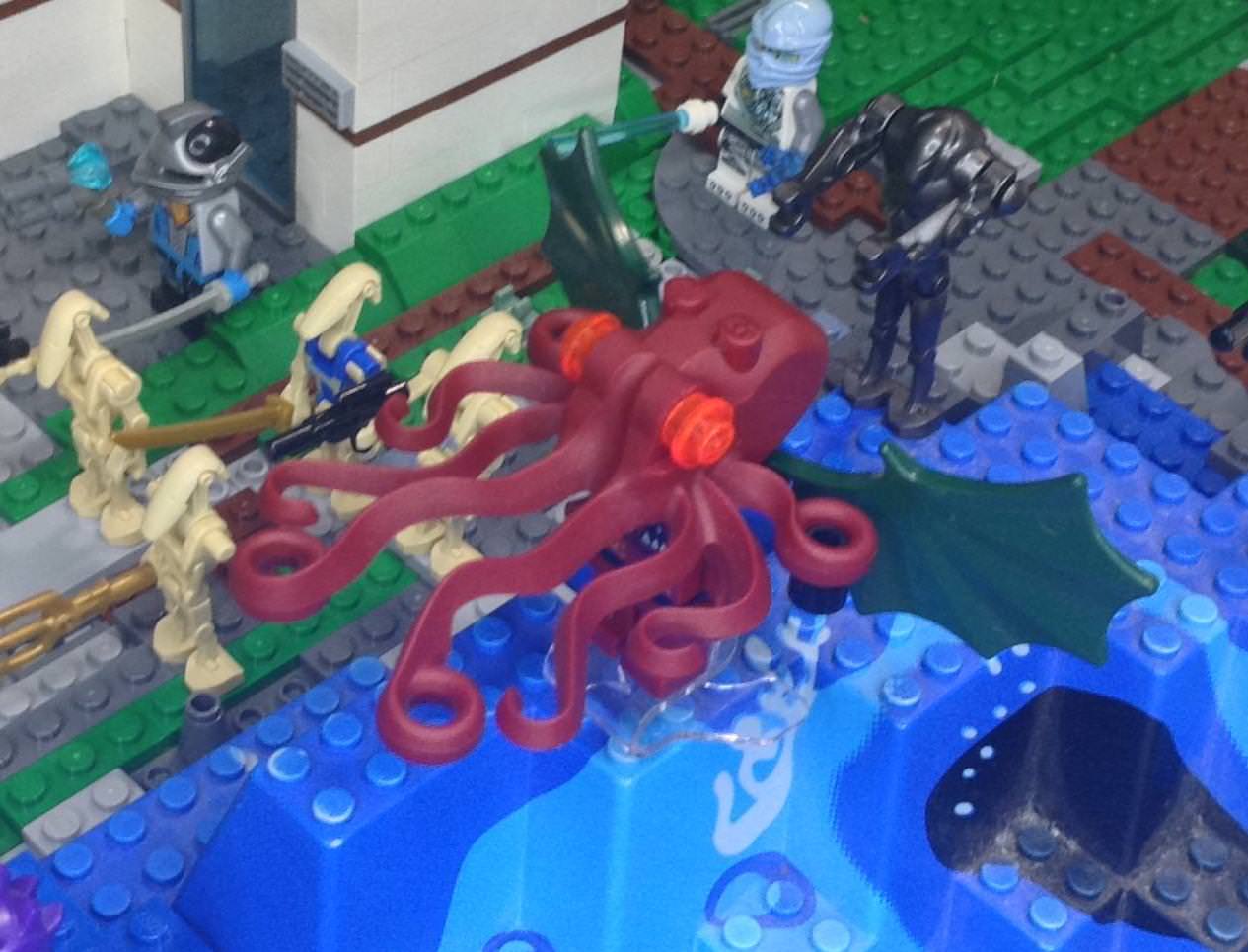 In an instant, Brikthulu disappears, leaving a huge Brikthulu-mech behind him. 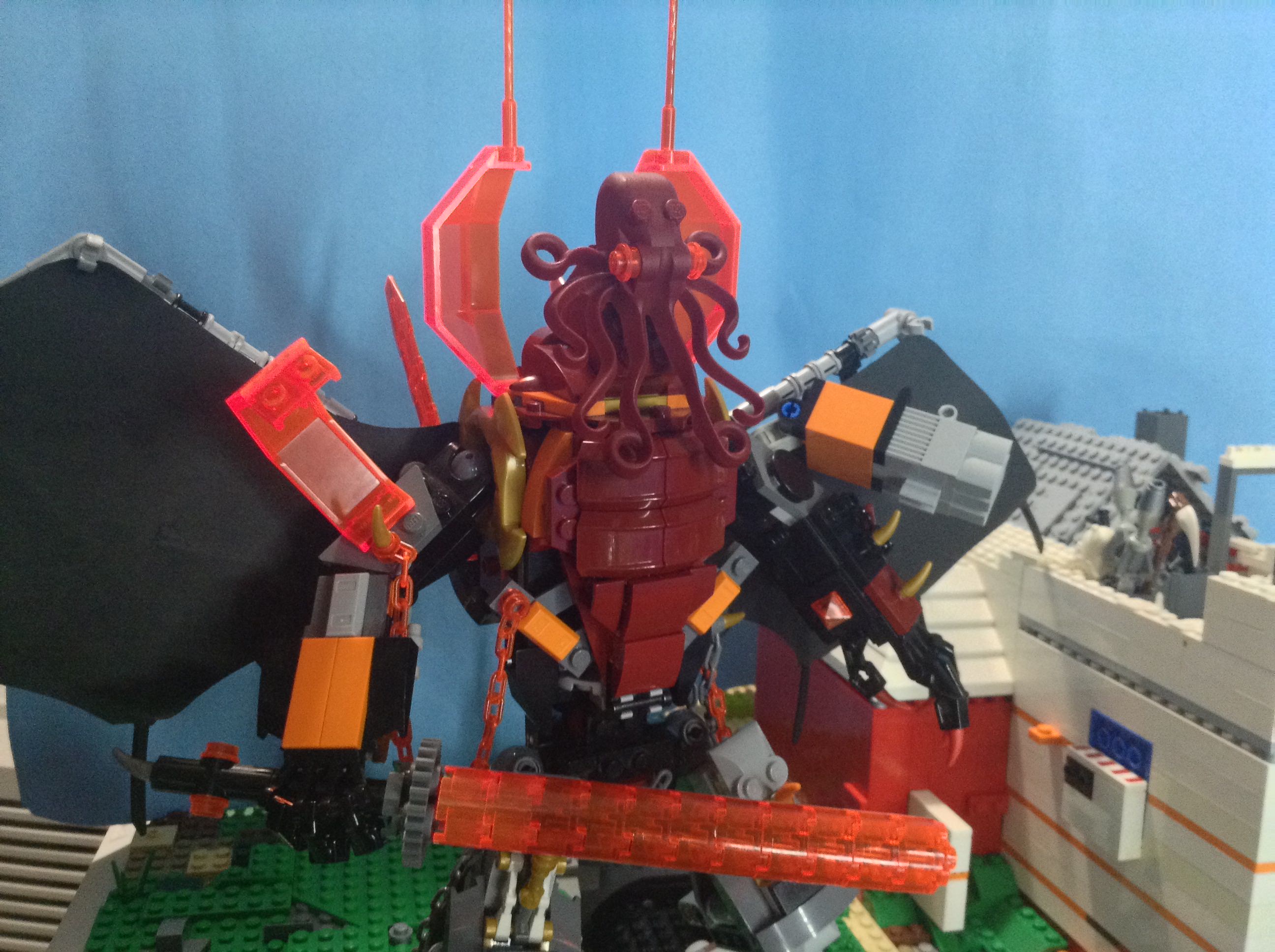 “Oh. That’s a bit bigger than I was expecting.”
“I would say”

As the mech appears, reinforcements from the Darkstorm/Nyctomancer division of the Phoenician empire. 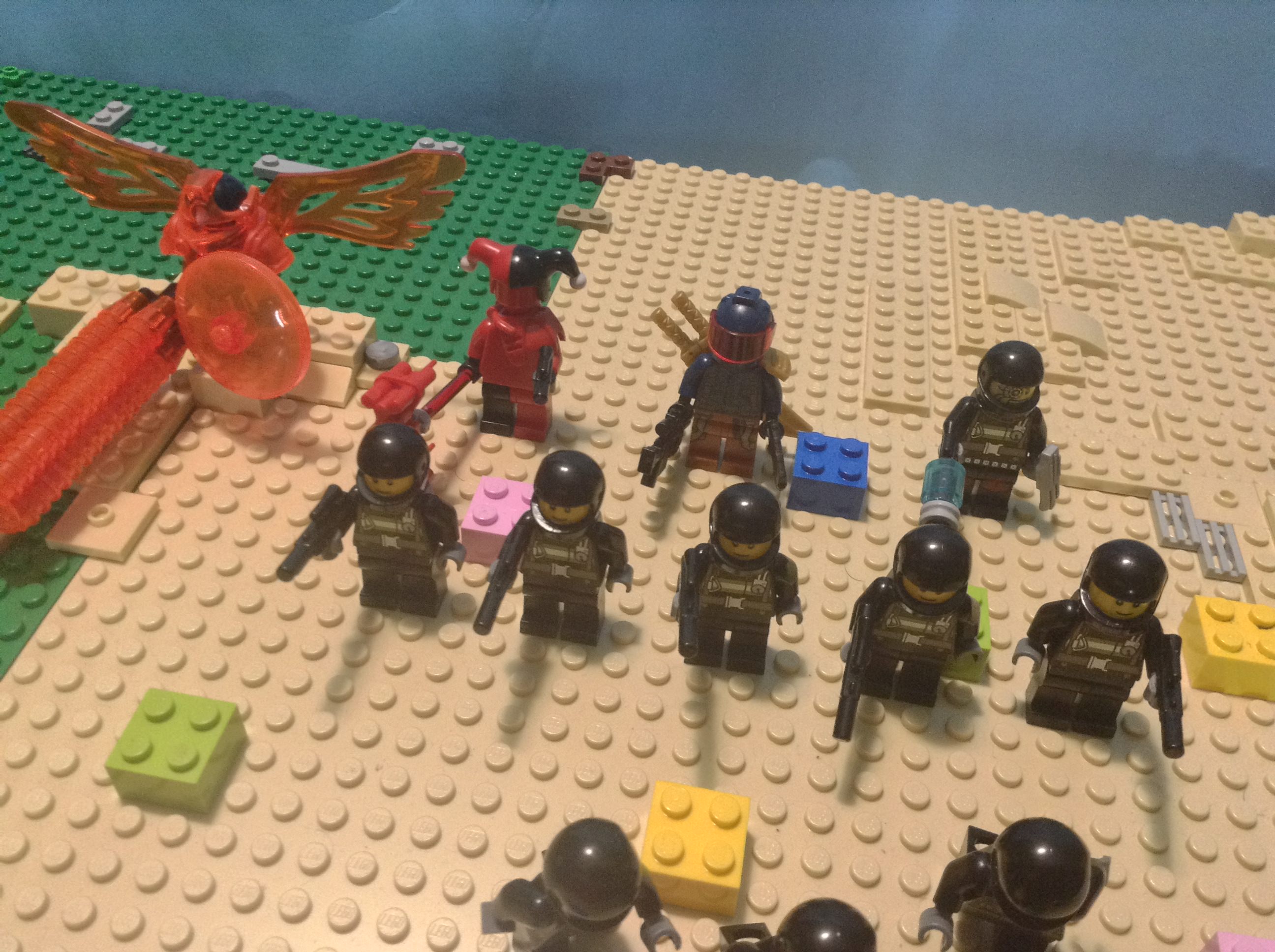 The armored darklords open fire on the mech. 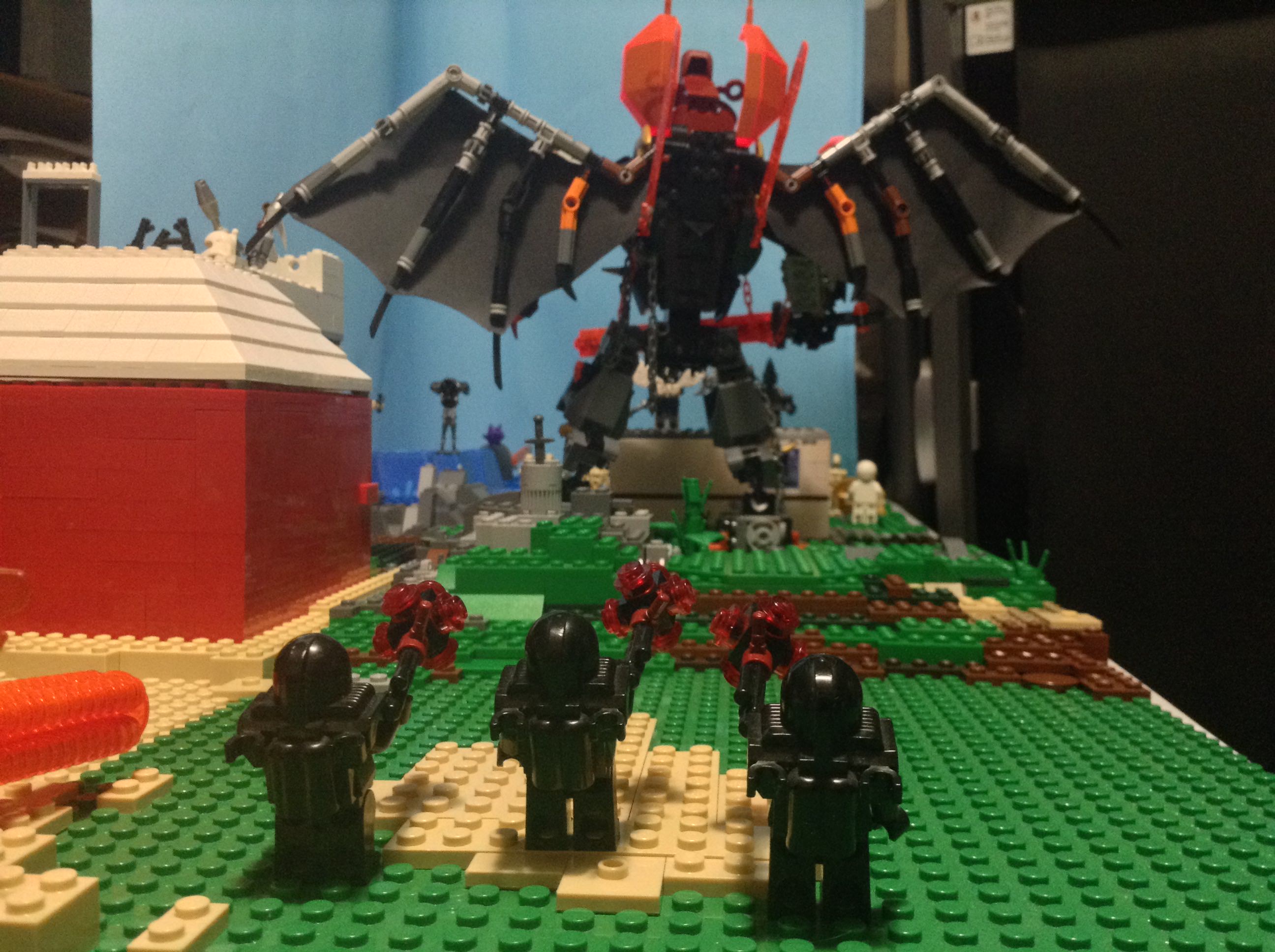 "Hahahahahah! You think you can even hurt me? Take this!" 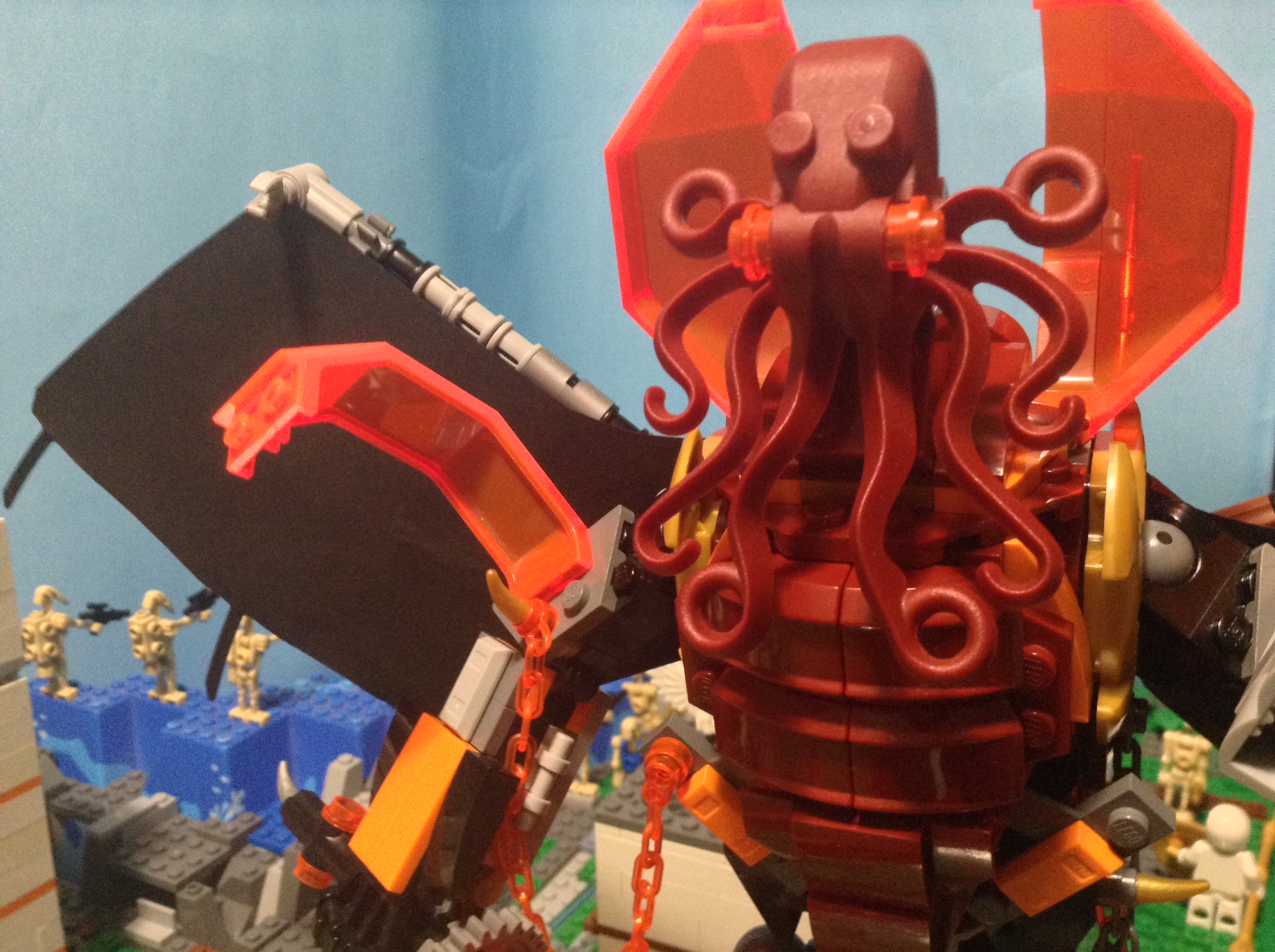 The heavies are blasted to bits. 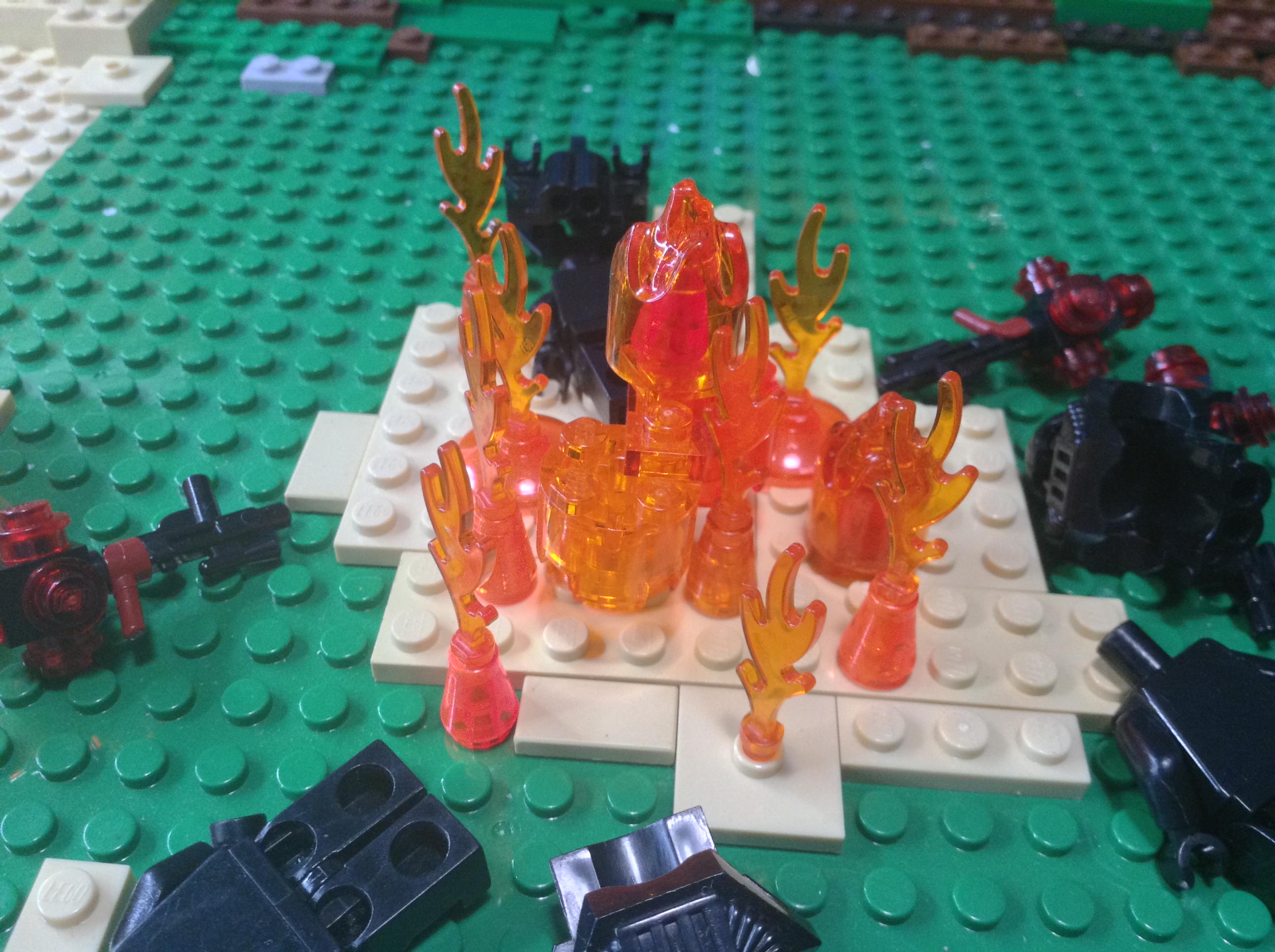 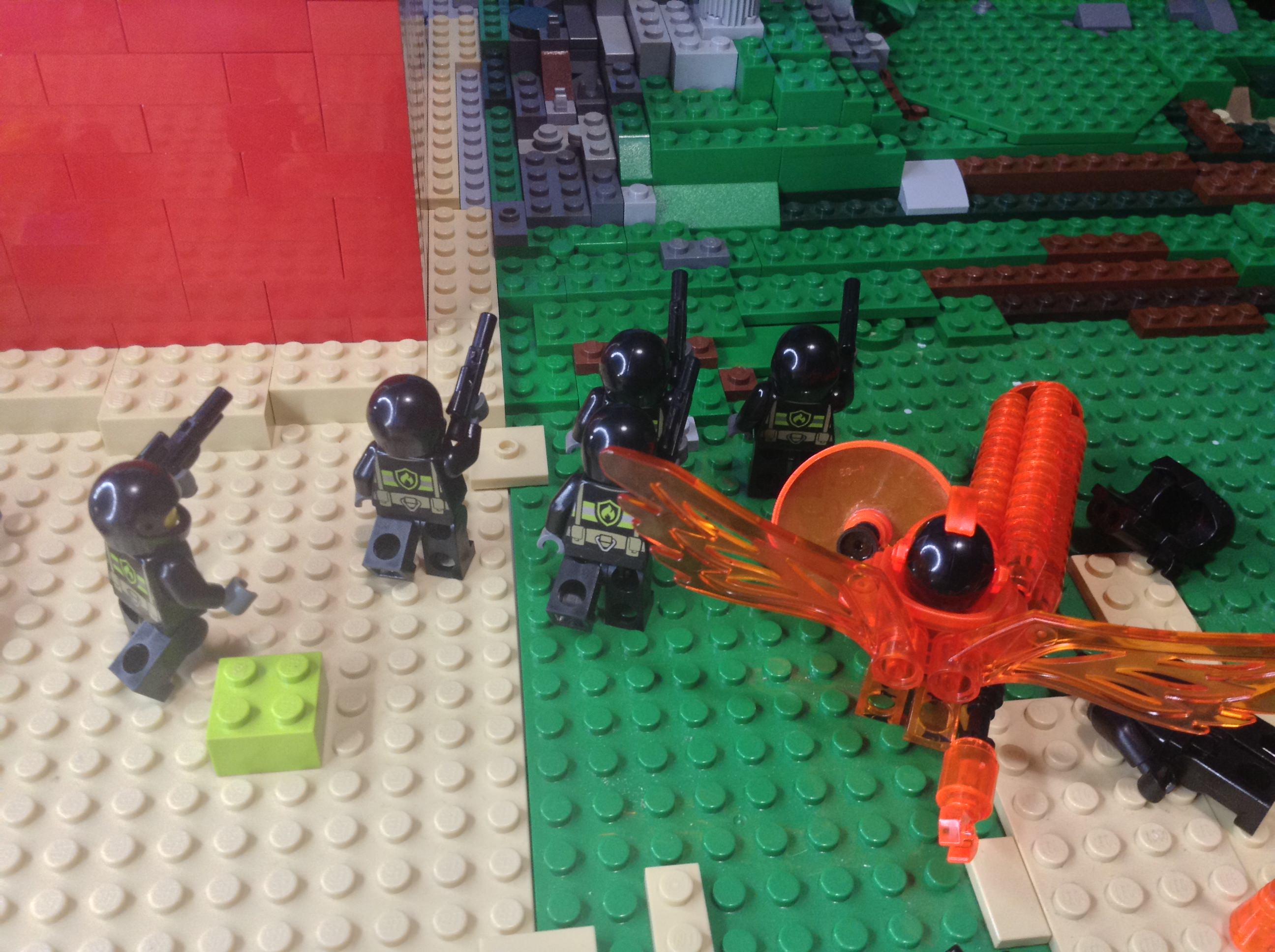 These guys are easily shredded by the mech. 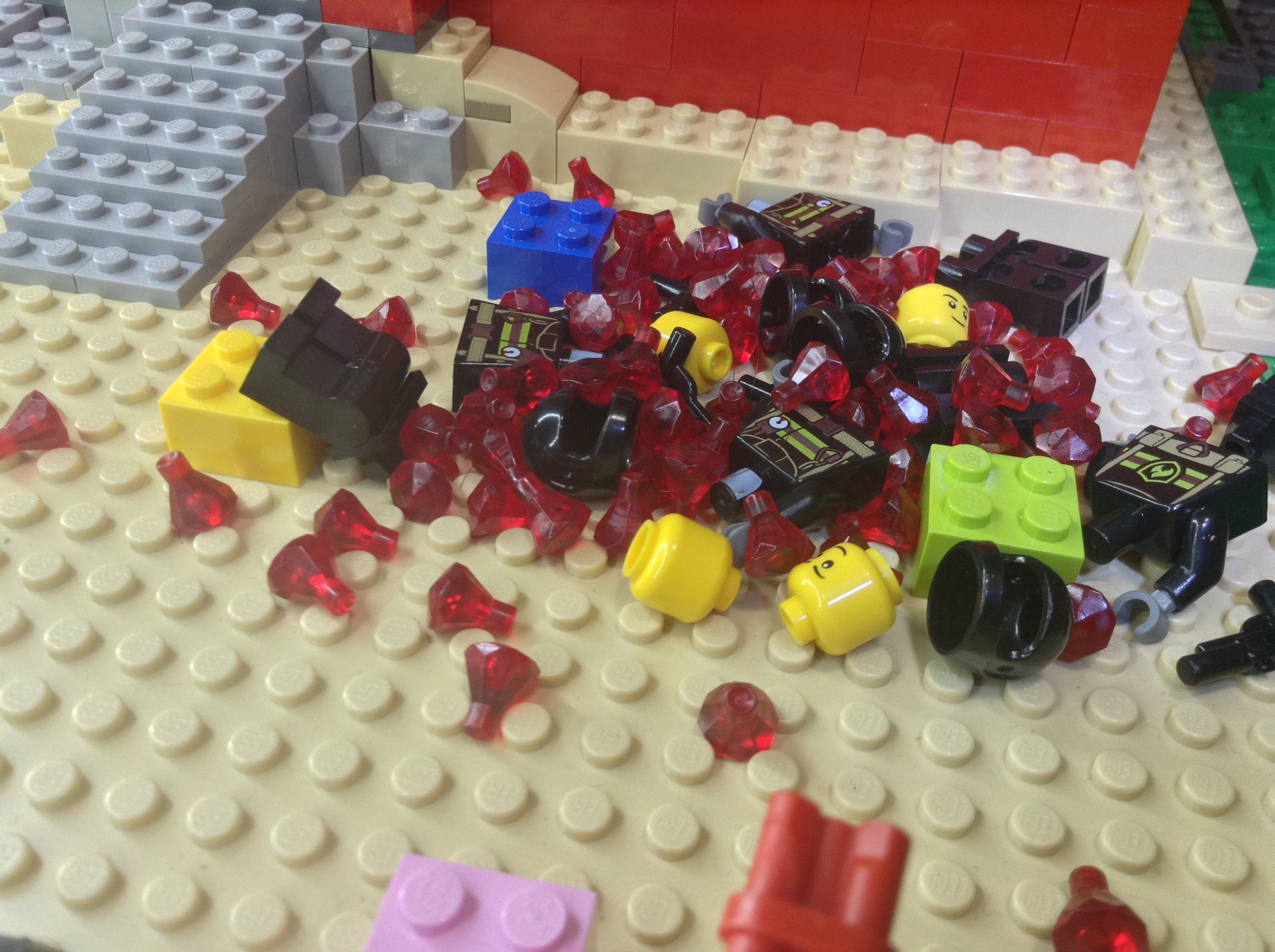 The one remaining infantry unit tries his hardest to pull this sword out of the stone. 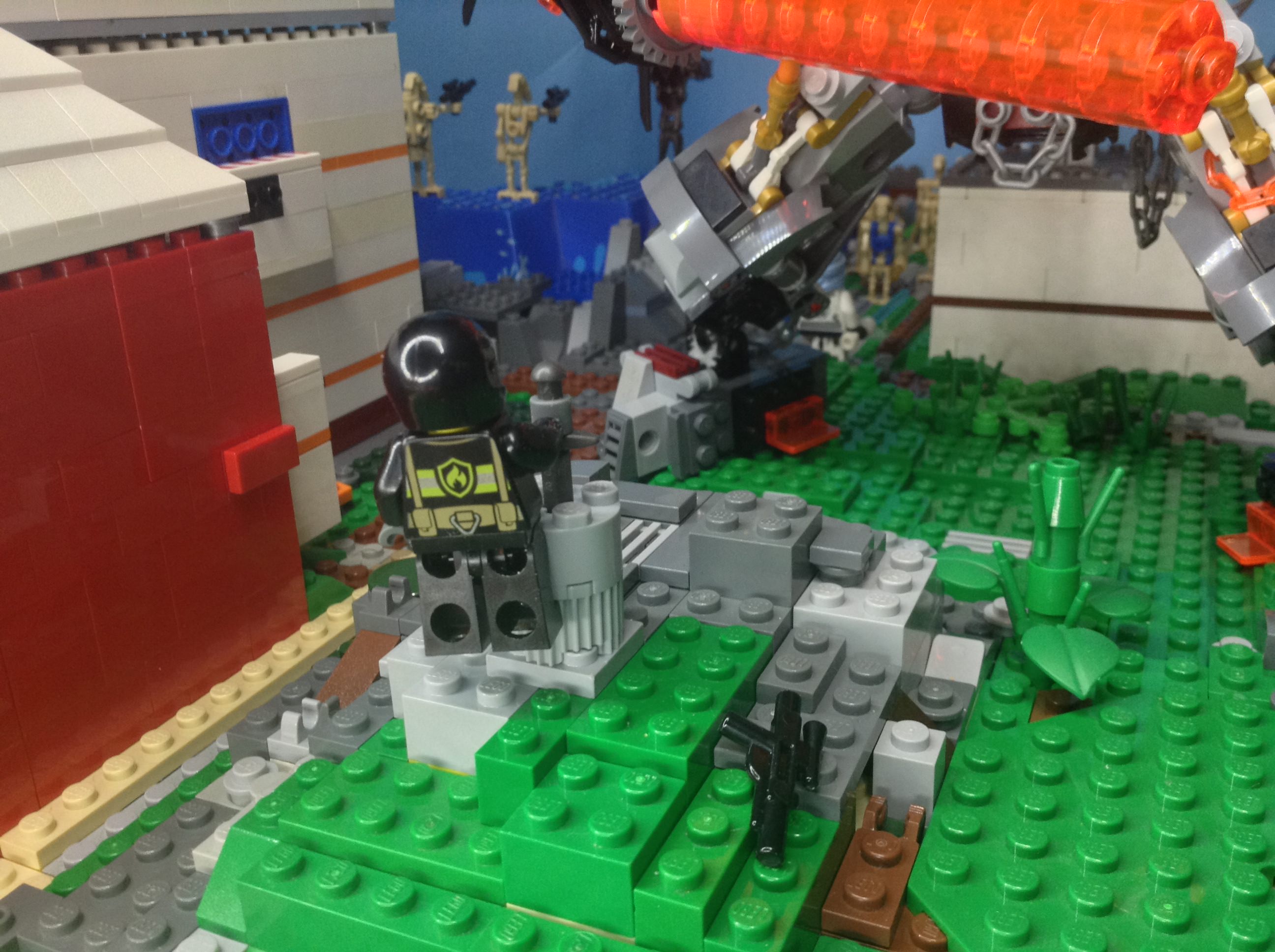 He just wasn’t enough of a hero for it. He is bludgeoned with the giant OT sword. 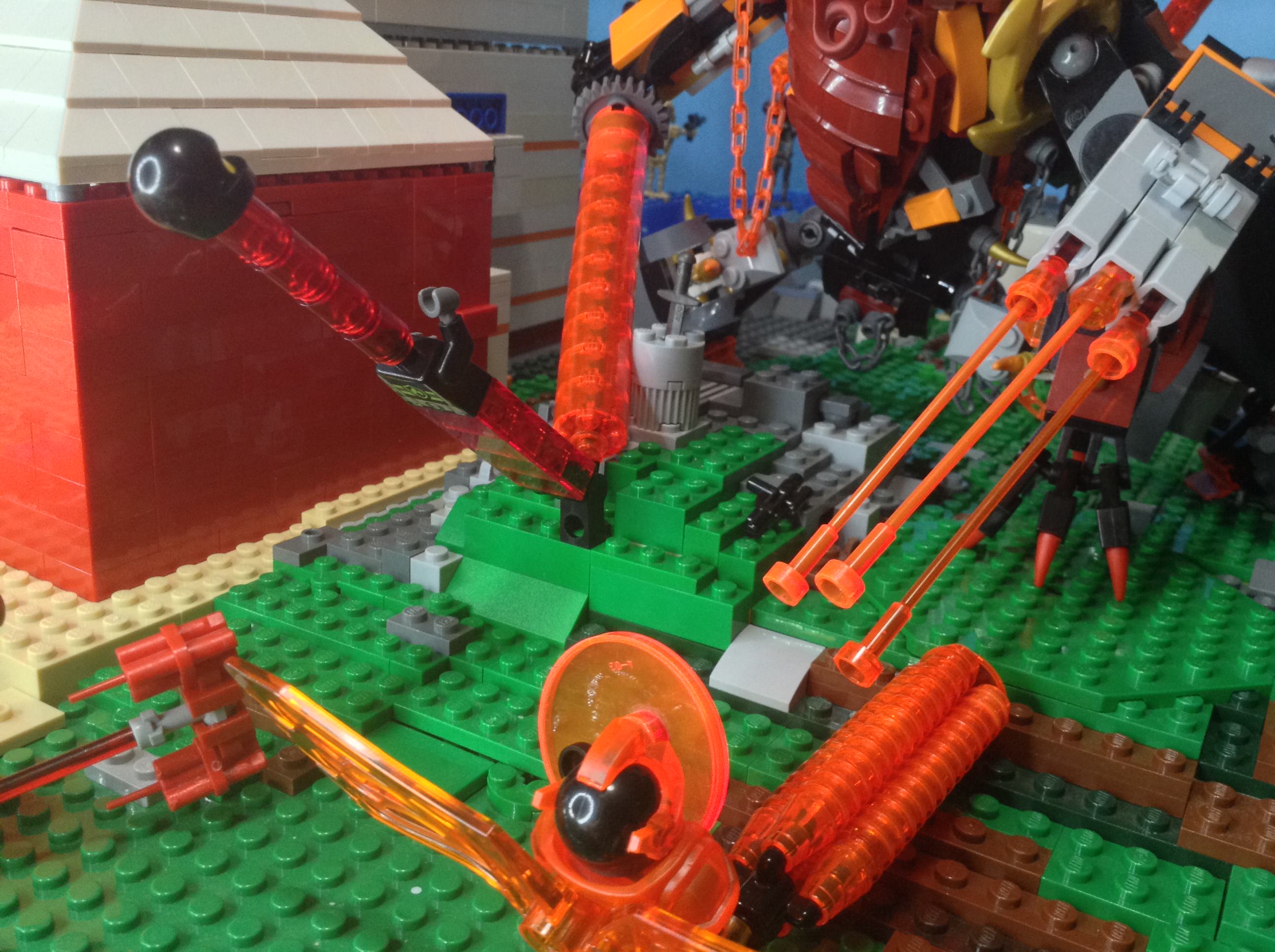 Although he was created by minifigures, the Creation still holds immense power. 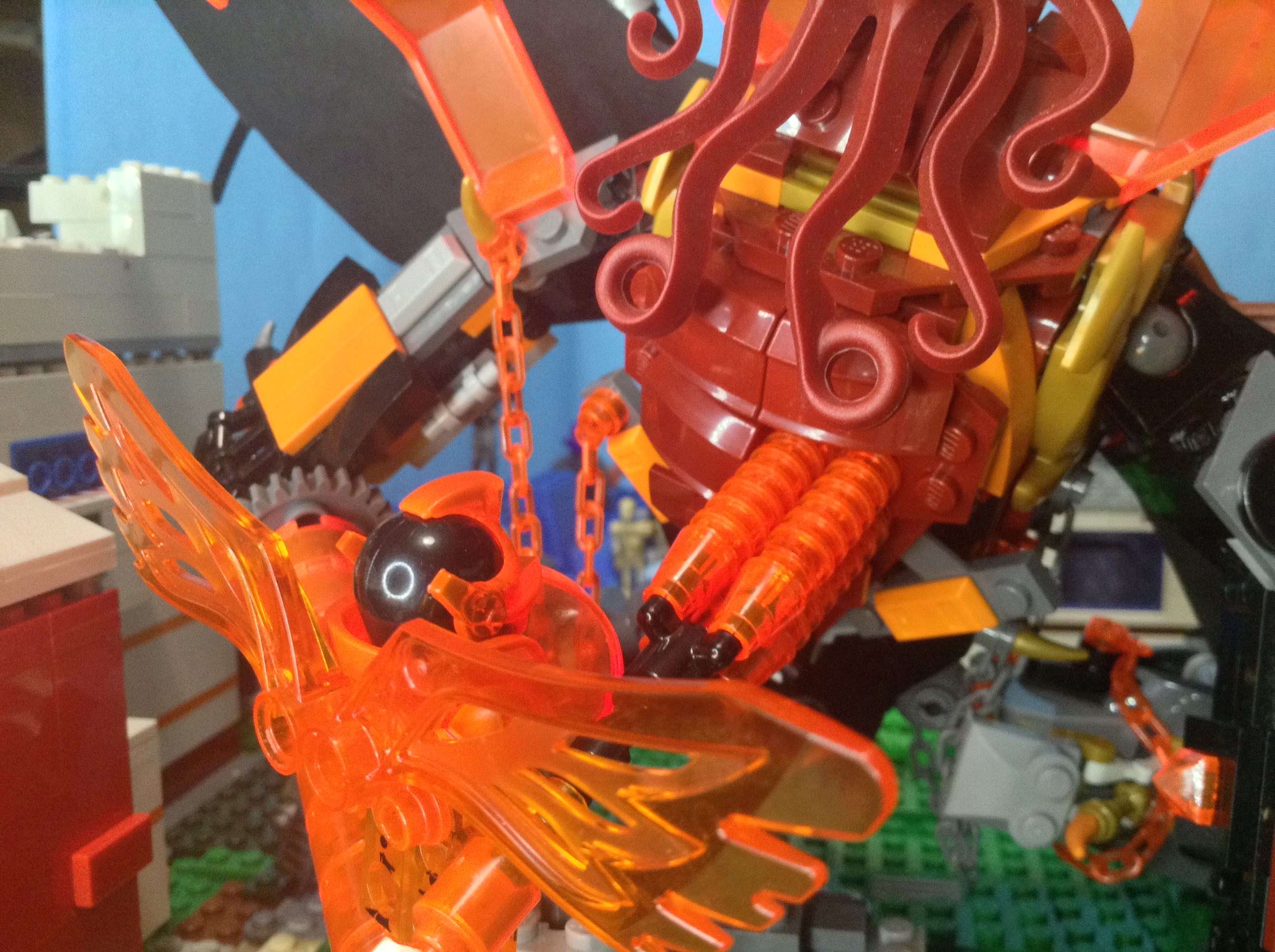 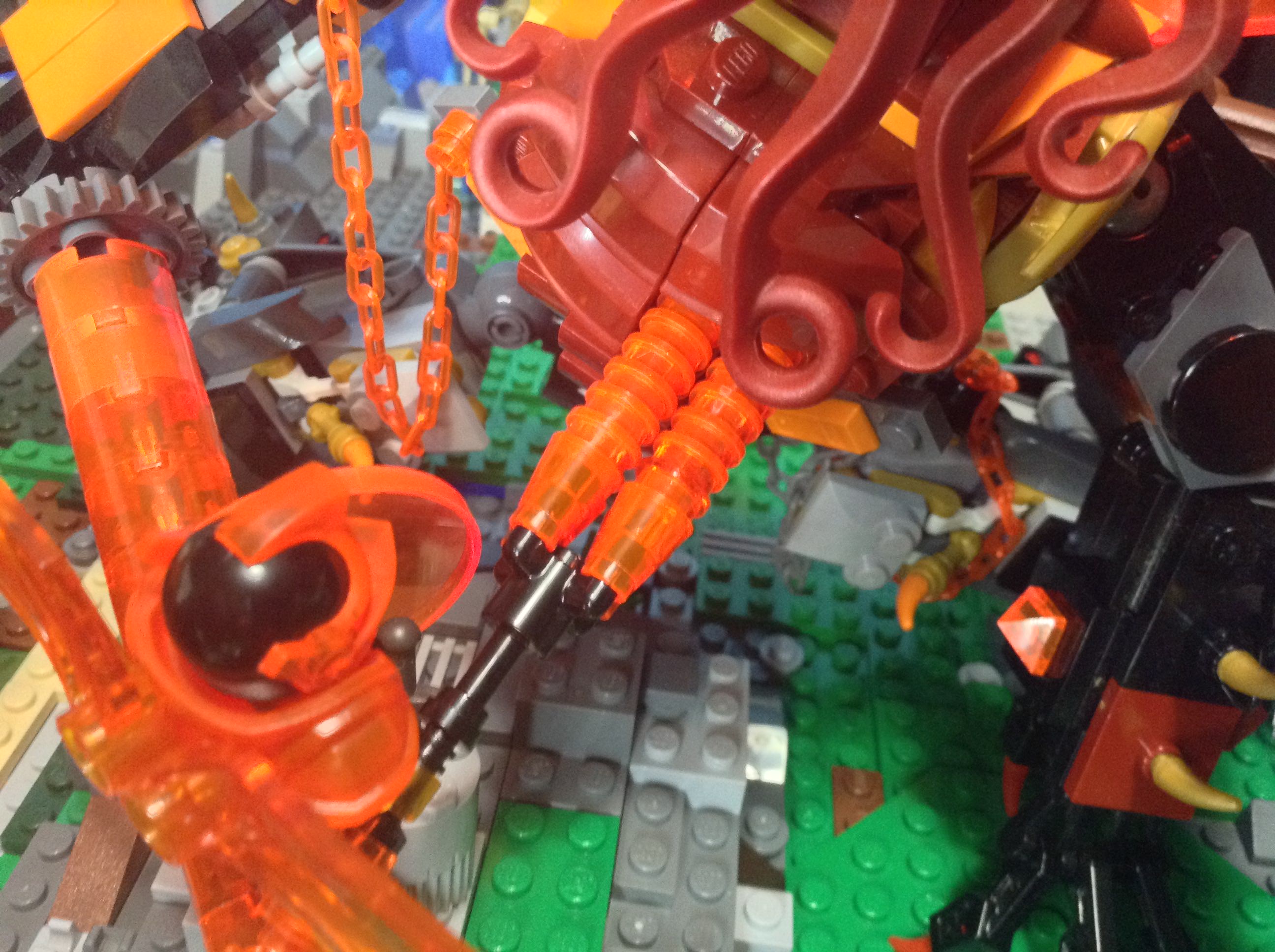 “You should have gone for the head” 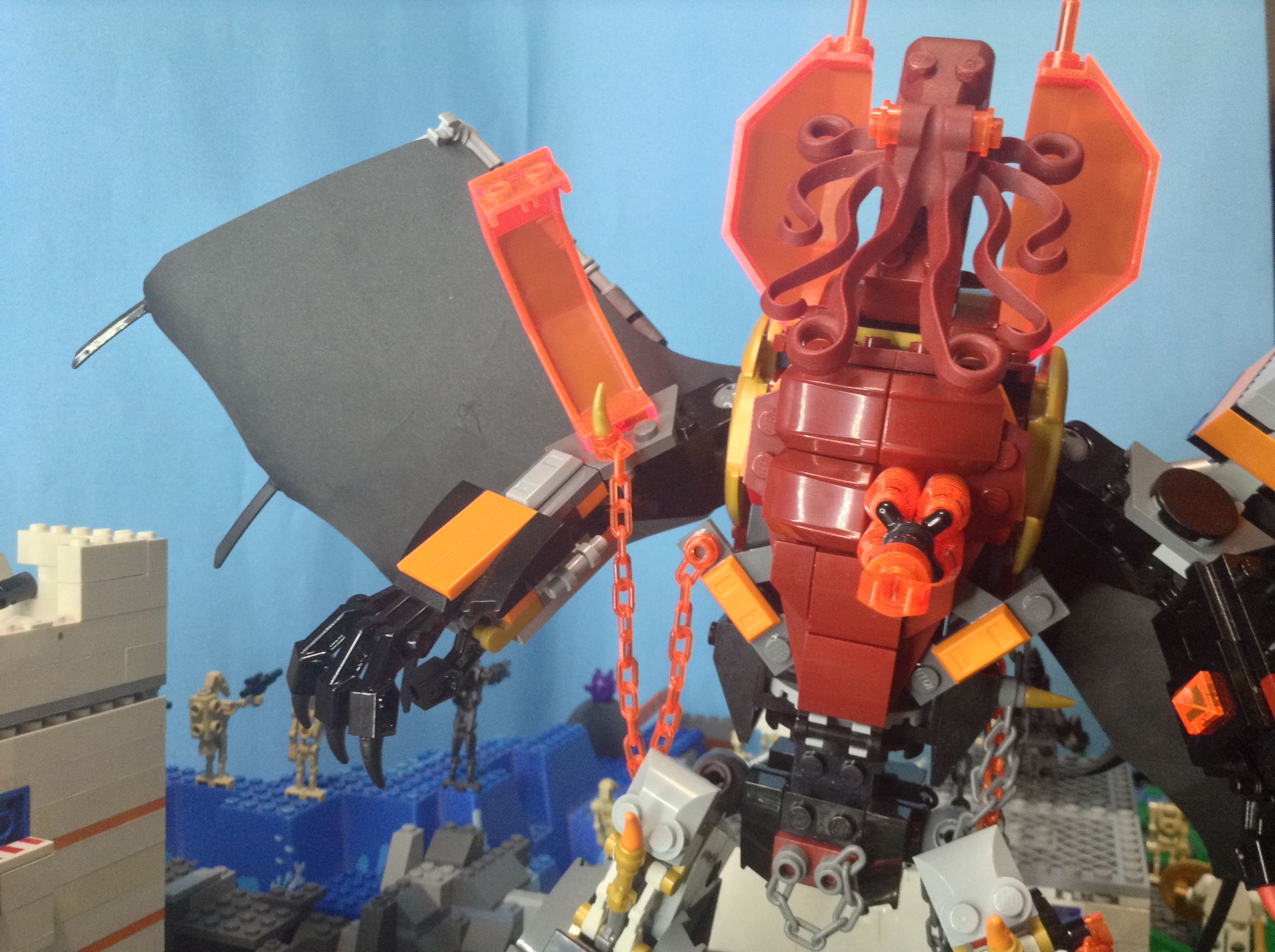 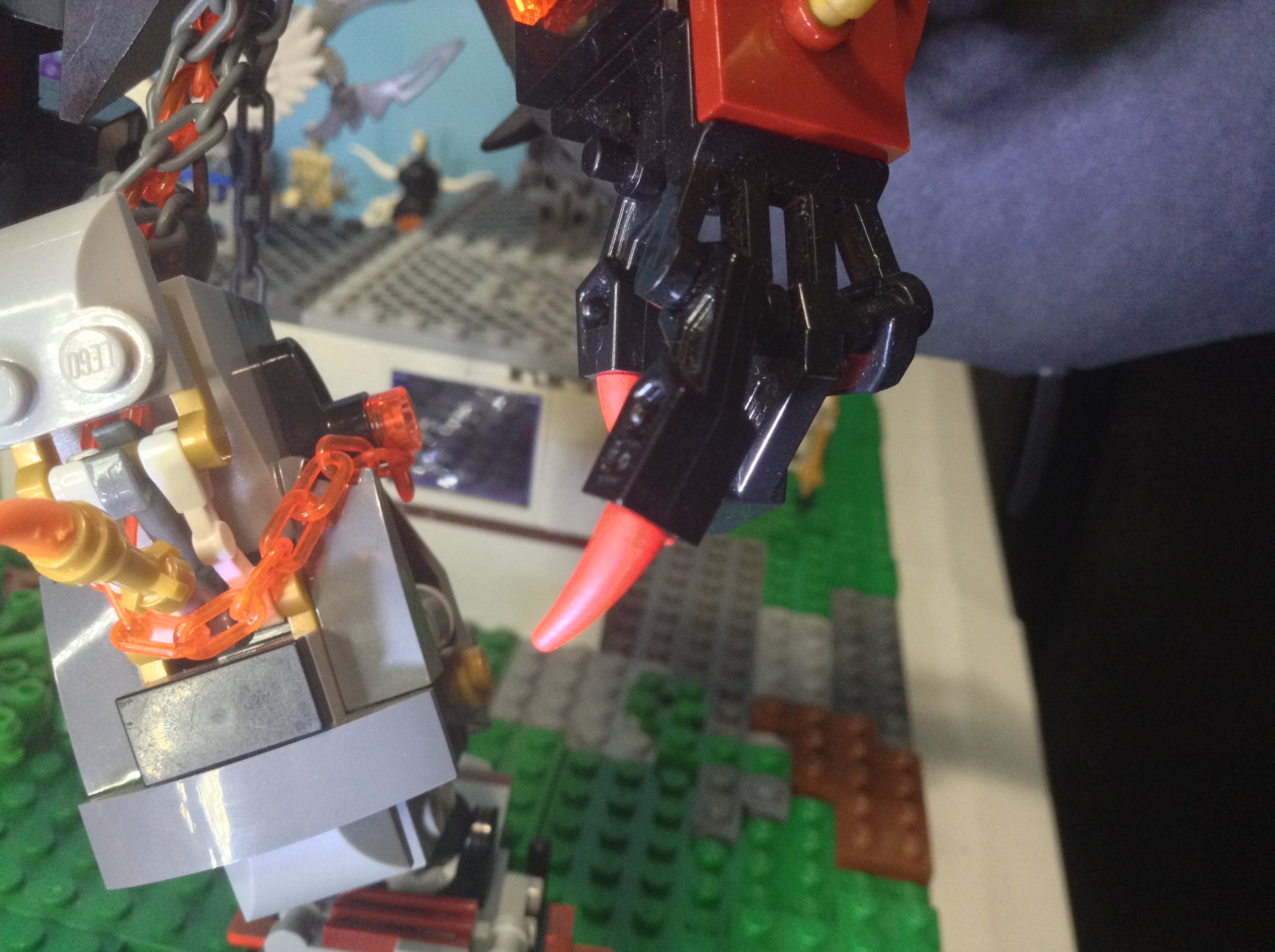 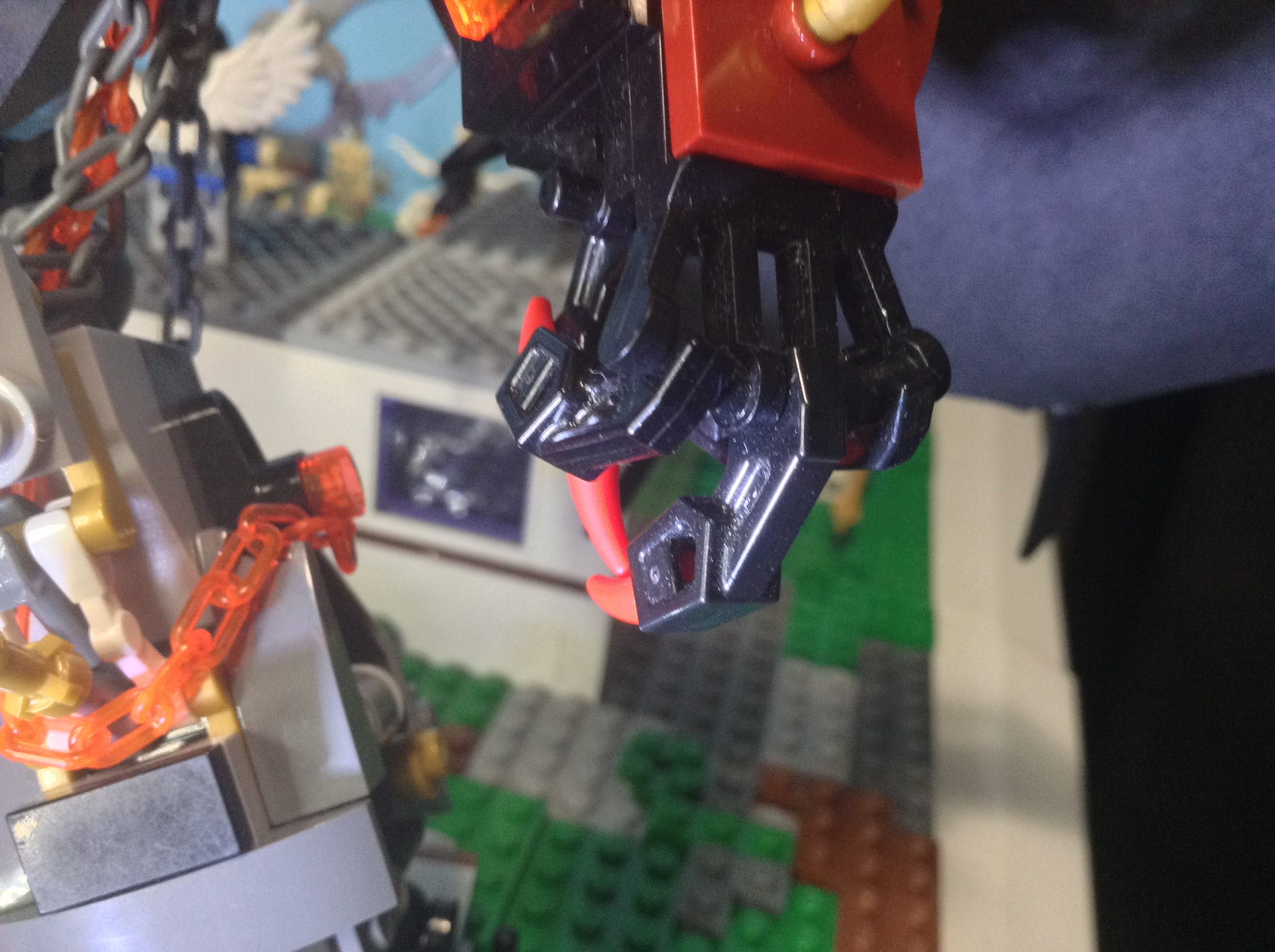 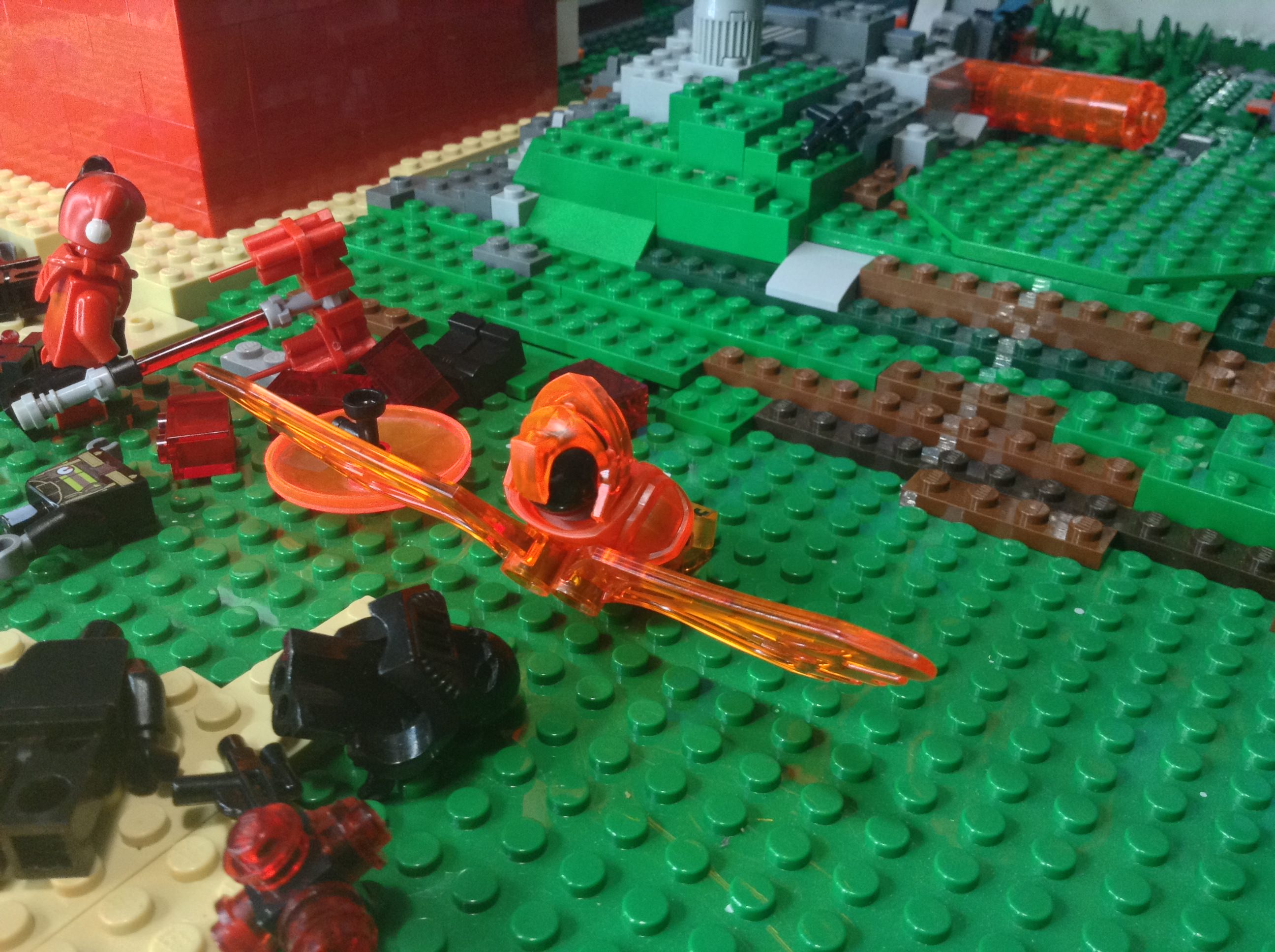 In moments, half the units turn to dust dice.

“This is no place to die” *fades away* 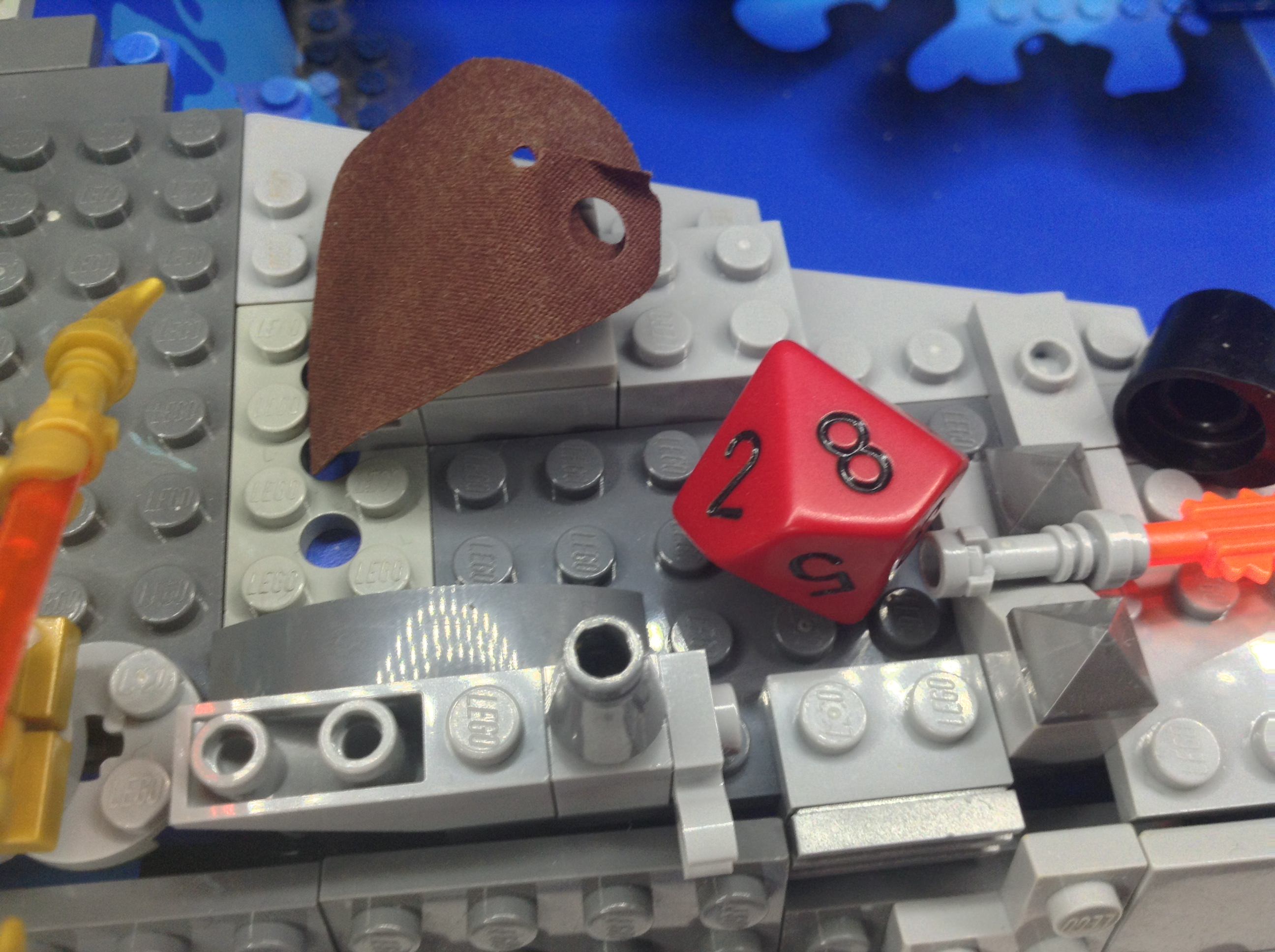 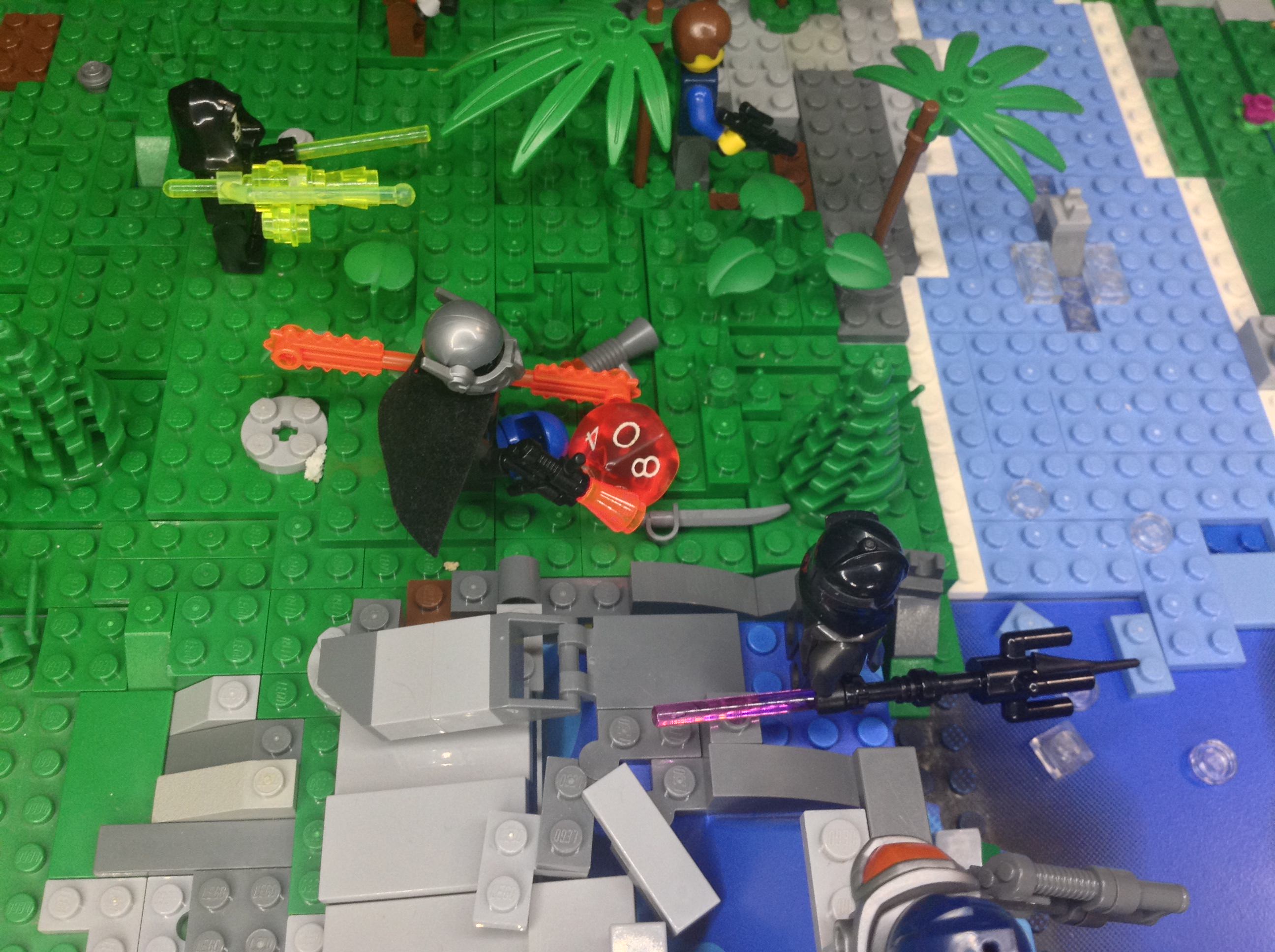 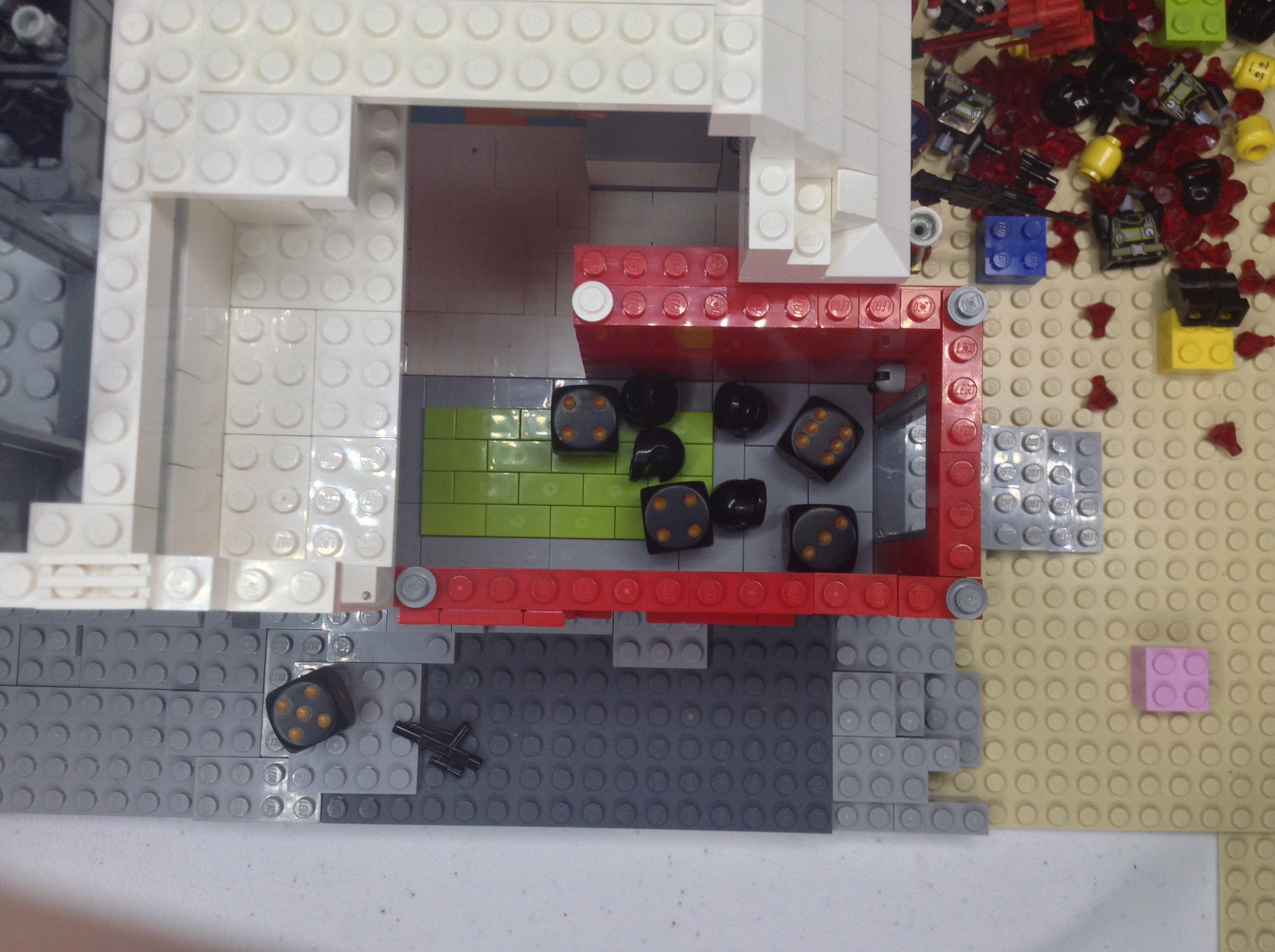 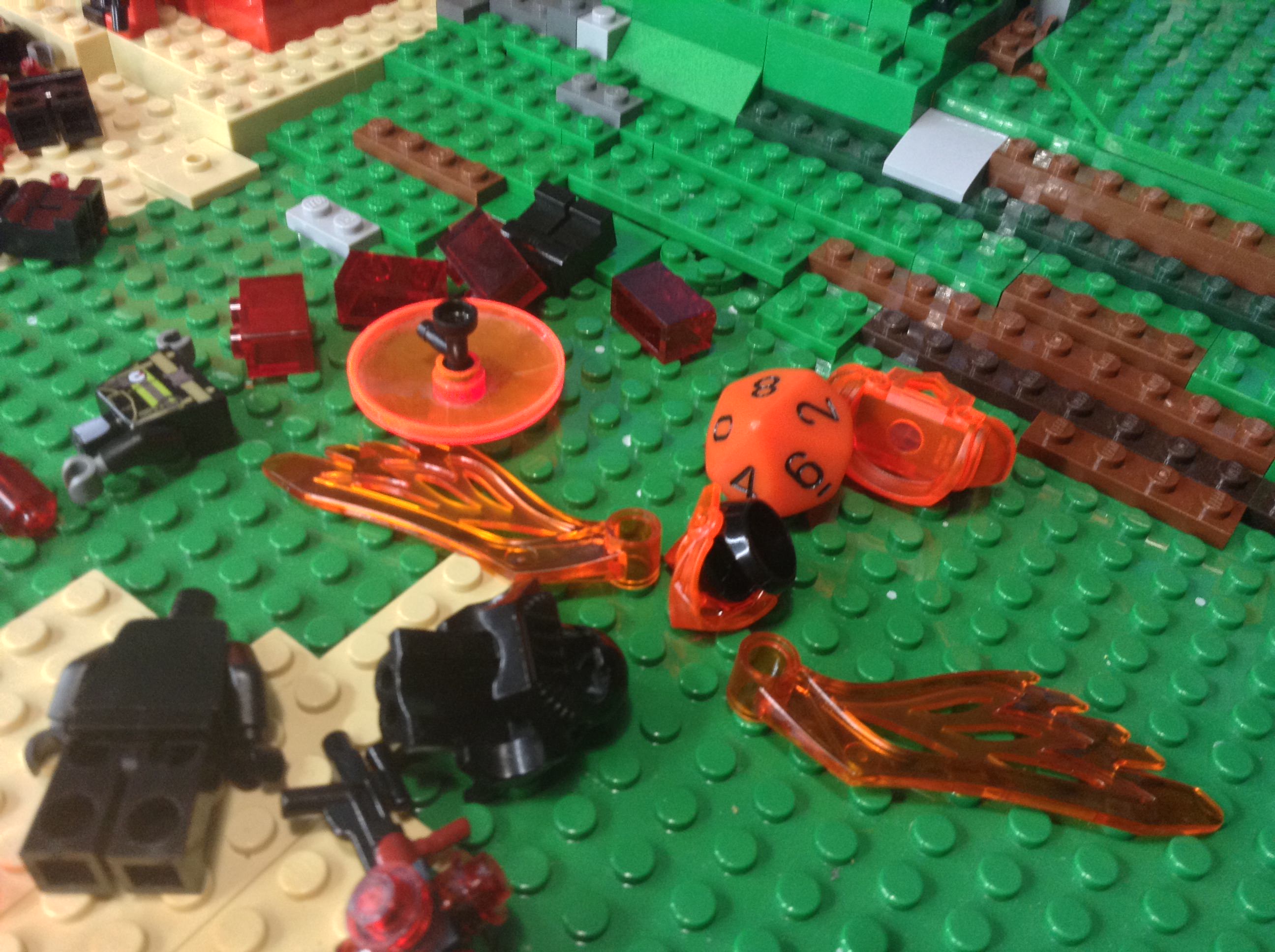 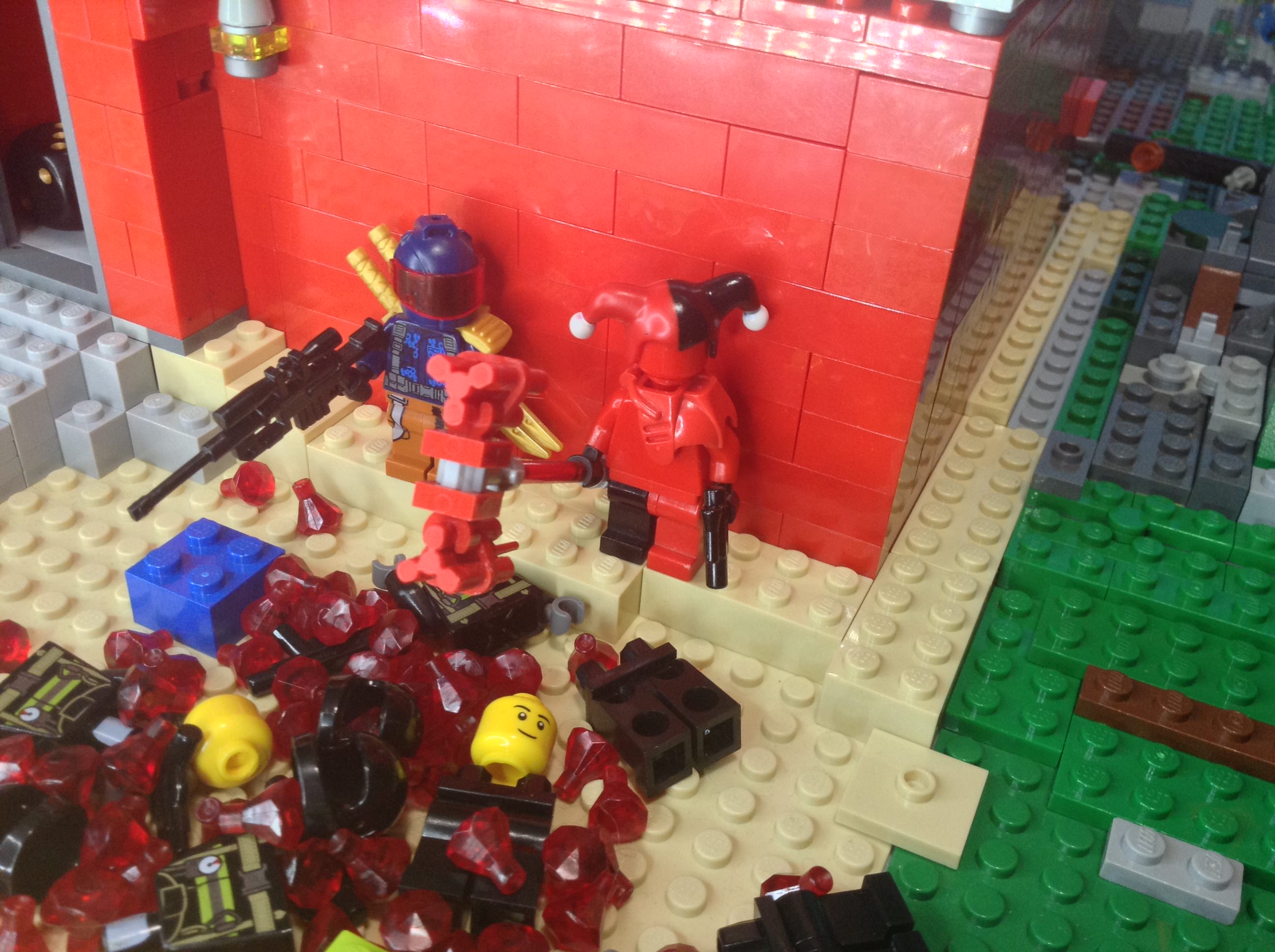 With the reinforcements almost all gone, how will the remaining heroes win? Find out in All Good Things... pt 2: the Forum Battle!

Also thought you guys would want to see my gameplay board. As you can see, I have lots of blood and fire to use. 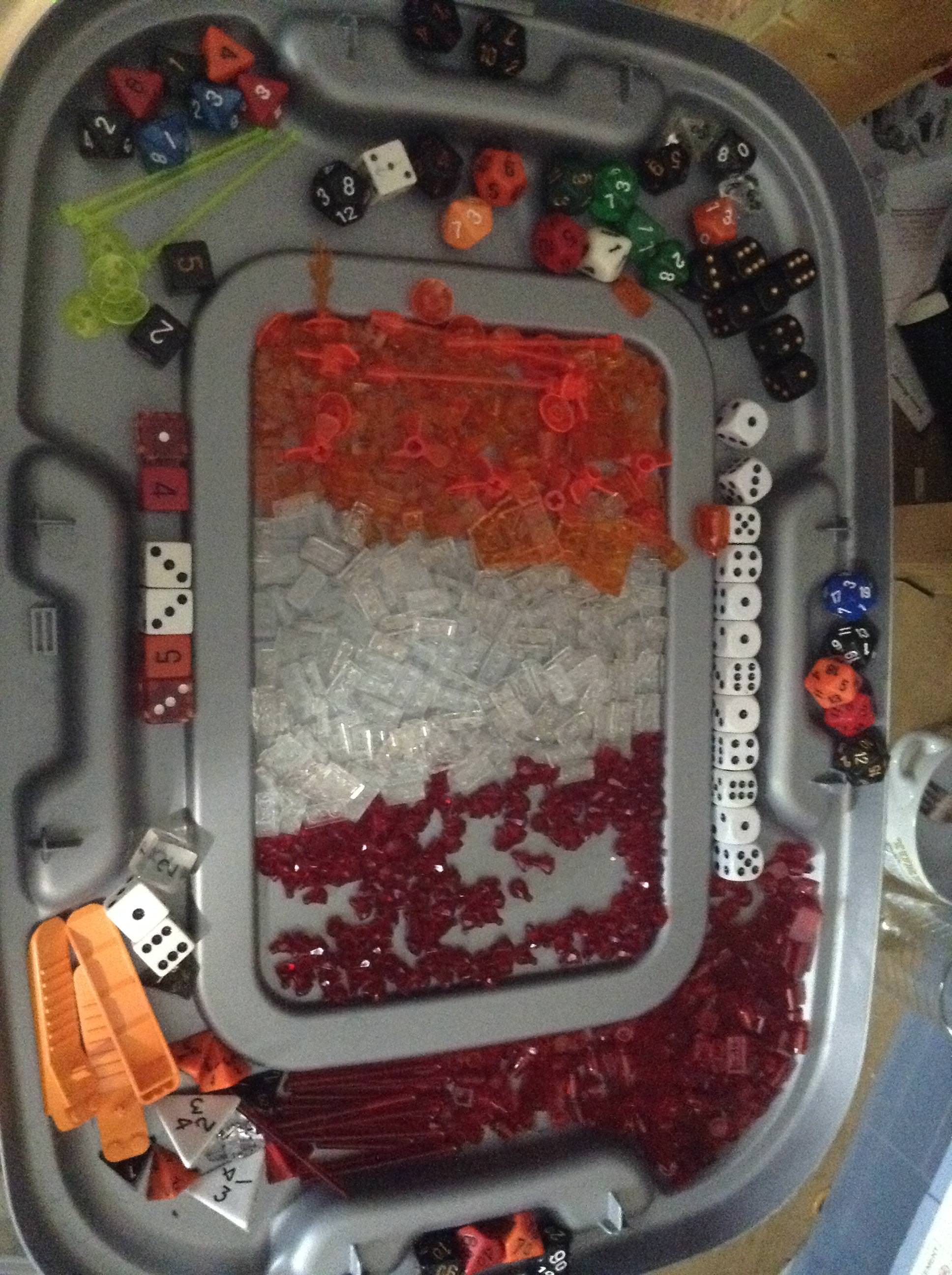 This battle report is the first part of a three-battle trilogy I have planned. The forum battle should begin within the week. I hope you guys enjoy reading and participating in what I hope will be a very fun battle.
Darkstorm will rise! Someday? Probably tomorrow.
My Old Faction:Darkstorm Empire, New Faction: Phoenician Empire My Alliance:Kult of the Darkness
I swear I'm not dead, just dead inside
My bi-annual visit trend continues! See you in 6 months as usual.
Top

This looks amazing! And that Ragnaroktopus mech is incredible. Sick work. Will totally volunteer for that Forum Battle when the chance arises!

brikthlulu is an achievement
I make apocalypses and apocalypse accessories.

Gameplay 2 (Not much to see here to be frank other than a god-character OMGWTFBBQBTFO a big mob of scrubs.)

Photography 4.5 (There's a touch of graininess and wonky lighting in the set which means I can't give this a 5.)

Writing 3.5 (It was great until they started fighting Cthulhu and I had no idea who all these heroes were besides Zupponn. The Phoenician grunts had more characterization than the named minifigs and this could have been avoided with 2-4 more shots of introduction)

Overall Appeal 5 (I did say that this fight was more like a 1-sided roflstomp, and it is, but that cthulhu mech made my jaw drop and that hasn't happened in a long time. That alone puts this on my 'must see' list and it needs to find its way to front page.

My bad for the horrible wait on that forum battle. I have no plans whatsoever to discontinue this, the battlefield is still in pristine condition, and I have everything ready. I've been loaded with school stuff but with a 5-day vaycay for thxgiv I should get everything posted and ready. Any character you see may be played, however, refer to my overall thread on the topic. I will get this formalized within the week, hopefully. Until then!