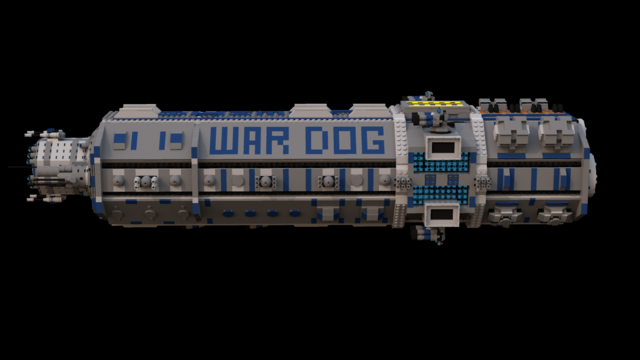 This particular cruiser, the War Dog, is one of the newest models. The shimmering blue substance leads to the shielded hanger bays. 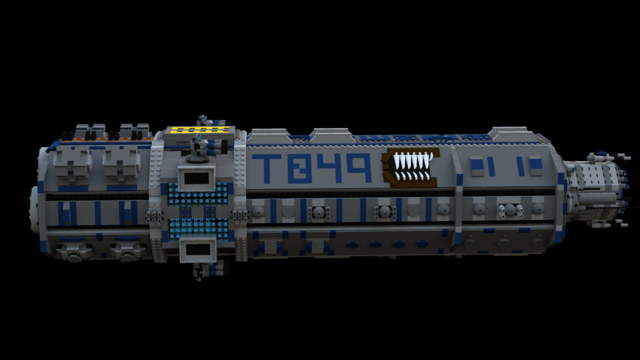 The War Dog belongs to the 49th Battle Group in the Terror Fleet and is so marked on the hull. 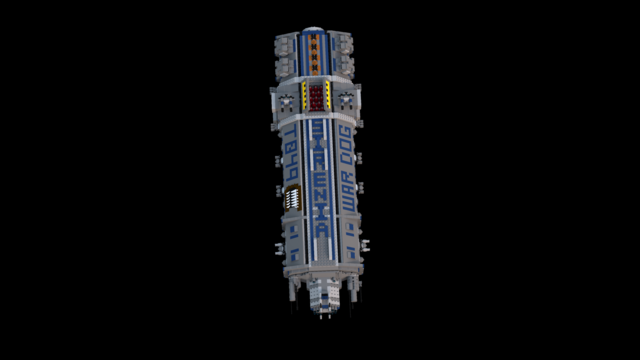 The top is emblazoned with the name of the Homeworld. The missile rack is opened to allow for the launch of the Shipkiller missiles of various sizes. 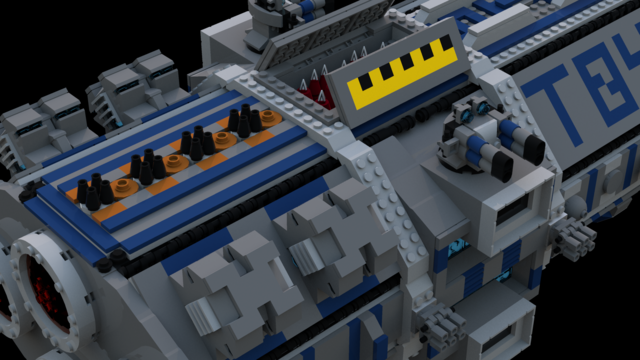 Here is a closer look at the missile bay. To the rear of the missile bay are cluster rockets carrying corrosive payloads. The warheads are housed outside the ship to protect the delicate interior from the dangers of corrosion. The orange colored hull denotes that it is corrosion resistant. 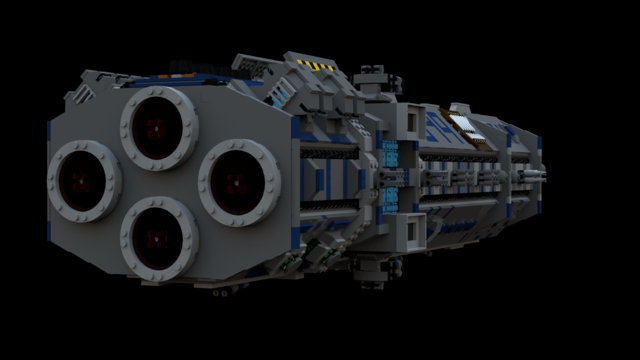 The cruiser is powered by four interstellar engines. 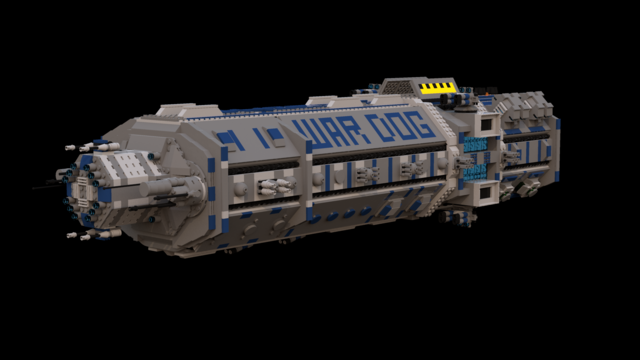 The various communication arrays are housed in the front, easily distracting enemy fire away from the main hull. These are not the only devices used for communication, but they are the most effective.

by Colette
Just to be clear, is this microspace or fig-scale?

by Dienekes22
Well it started as Microspace since I started with the hanger bay and it's obviously not big enough for minifig fighter craft. But then it was huge sort of by accident and could probably fit a good amount of figs so.... both?

by Colette
Now I'm imagining a faction of coexisting races of normal minifigs and those tinyfigs like the ones in Lego's helicarrier set.

I feel pretty terrible about it, but I keep reading that as "War Dong". It's still really good though.

Looks like an extremely sturdy ship. I also like the rear shot, as it looks like it could be dropped right in the middle of a sci-fi movie.
All times are UTC-05:00
Page 1 of 1
Powered by phpBB® Forum Software © phpBB Limited
https://www.phpbb.com/