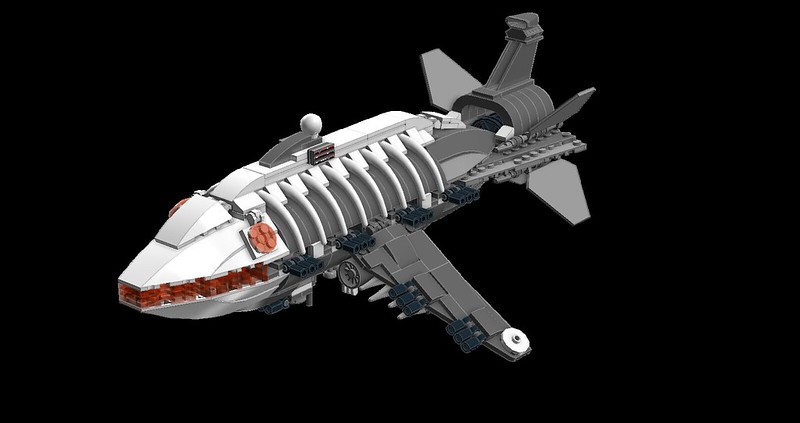 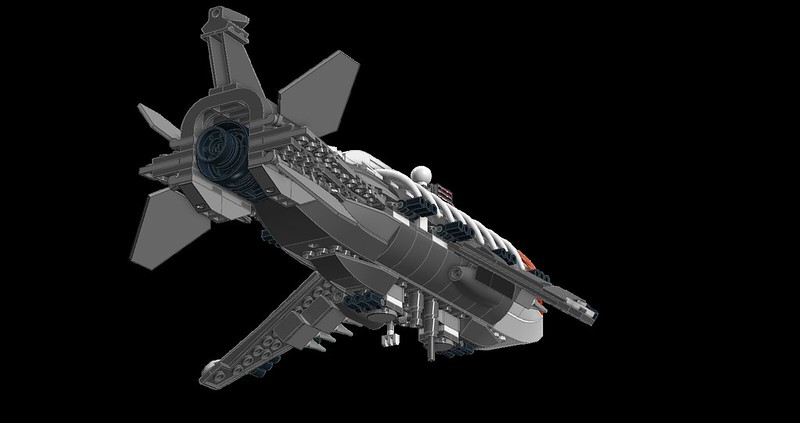 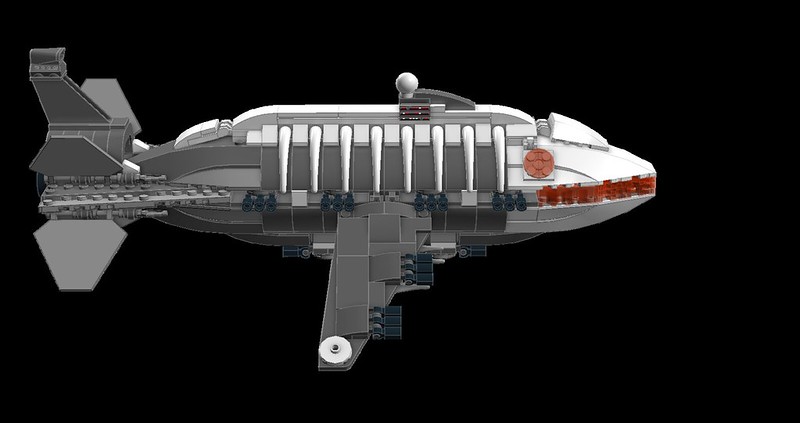 Death Mackerel - Battleship
Since a lot of former nutzees defected to Zoltan's Legion of Death it's only logical that their technology fell into his hands. However, he did not hesitate to remould said technology to his twisted heart's content. Hundreds of carrier ships got modified into much deadlier warships, sacrificing its hangars for tremendous firepower and reinforcing itself with the skeleton of a giant whale from the Omega Reality. Being fused with the bones of this extra-dimensional monstrosity, that warship is able to phase out of reality and return into real space for a certain amount of time, avoiding any damage in the process. Given its bizarre appearance, this ship has received the designation "Death Mackerel". 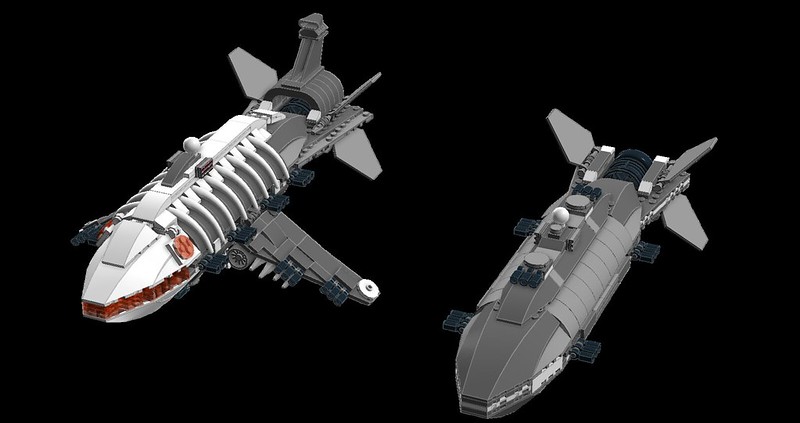 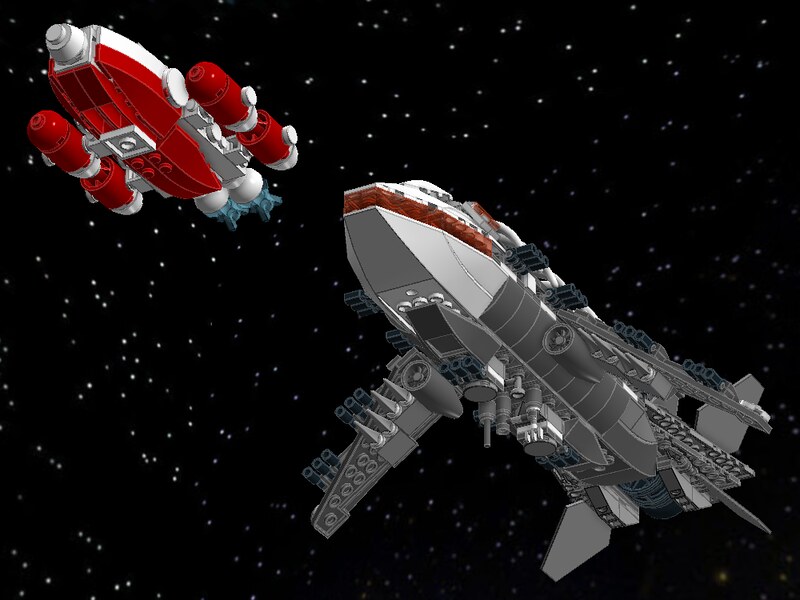 It looks like it should be atmospheric capable, and could just be an idea for a really outlandish irl plane.

"Sir, a strange object has appeared on our sensors! It's broadcasting some form of signal!"
"Play it."
"Ok, sir!"
*JAWS THEME*
gotta love knitting needles. i can make you a scarf. i can make a hat. i can stab your eyes out. i can make mittens.

Style: 9/10 Hey, this thing is pretty cool! Love how you blended the "bone" parts into the shell and forward canopy! Looks like a daemonic ceolocanth!
Substance: Hmm. 7/10 This thing is cool, but basically it is a mod of a different design. Still awesome though.
Photography: 7/10 Would be nice if there was an interior view, but I do like that space-background pic with it chasing the red cruiser.

Boast?: hmm. 7/10 You didn't technically make any boasts, but you took an existing ship, added some bone parts to make it look more evil (cooler), and then gave it the power to space-phase. That's a boast implied if you ask me.
Top

Style: 9/10 That is one sexy fish.
Substance: 8.5/10 Very solid build, even for a mod.
Photography: 8/10 The pic of it chasing the Polish ship with a starry background is a nice touch, you should recreate the opening of "Star Wars" with those two.
Comments: The title should really be "Death Whale" or something.
Formerly known as TheVengefulOne. Times banned by Natalya: 10 (+ 1 alt).

Style: 8/10 There is something a little fishy about this build...
Substance: 8/10 It is nicely detailed it would be cool to see a full sized version built.
Photography: 8/10 Honestly best you can get in LDD
My Factions/My Battles/My Painting and Modelling Adventures
A mind without purpose will wander in dark places
Top
Post Reply
5 posts • Page 1 of 1