Whelp - 11 chapters later and I've gotten myself into a thing (a thing which is currently 45000 words long) and I'm now having to alternate between actual writing and LDD to keep the imagination juices flowing so I don't burn myself out (so I can finish this project and then move back into unfinished ones that I've left for far too long).

So I present to you all the P-HU "Prevalence" Class Cruiser "The pointy end".

Again due to the size differences between Pan-Human naval vessels and their Citadel equivalents (due to the usage of Elerium as well as Element Zero as well as the material sciences learned through the use of Ethereal Alien Alloys in human construction) this "Cruiser" class vessel would be considered a form of "Heavy Dreadnought" and is in fact outlawed by the treaty of Firaxen.

Something both the Pan-Human Union and XCOM ignore outright due to -not- being members of the Citadel council in any way, shape or form.

Which is a good thing as this cruiser class vessel is in actual fact only half the size of what the Pan-Human navies would consider a true "Dreadnought" class vessel.

It also carries a total of 6 "Spaceranger" Transports, the evolution of the Skyranger Transport from the First and Second Ethereal War - Carrying up to 24 soldiers with Single Stage to Orbit (SSTO) capabilities as well as a flight of 10 Firestorm MK-IV Space Superiority Interceptors. On top of this the Predominance also has a side mounted "Rail" system that is a berth for 2 "Firebrand" class gunboats - each themselves a 30 by 45 meter long gunboat capable of both space and atmospheric flight for long range fire support with a mixture of COIL and Plasma weapon emplacements.

The Prevelance is a jack-of-all-trades vessel that can be used to fill multiple roles at the cost of not really excelling at any particular purpose - it's primary weapons are it's twin Particle Accelerator Cannons which are a marvel of modern miniaturization and Element Zero usage in weapon systems - using mass effect fields to compress superconductive materials to the point where a large Hadron style setup could be produced and fitted within a small family house, the Particle Accelerator uses dozens of these coils in a setup not to far from the original MEC mounted weapon systems from the first Ethereal war but on a far larger scale. As a projected energy weapon it is an incredibly accurate and devastating, but requires a considerable power draw from the vessels many Elerium power plants. 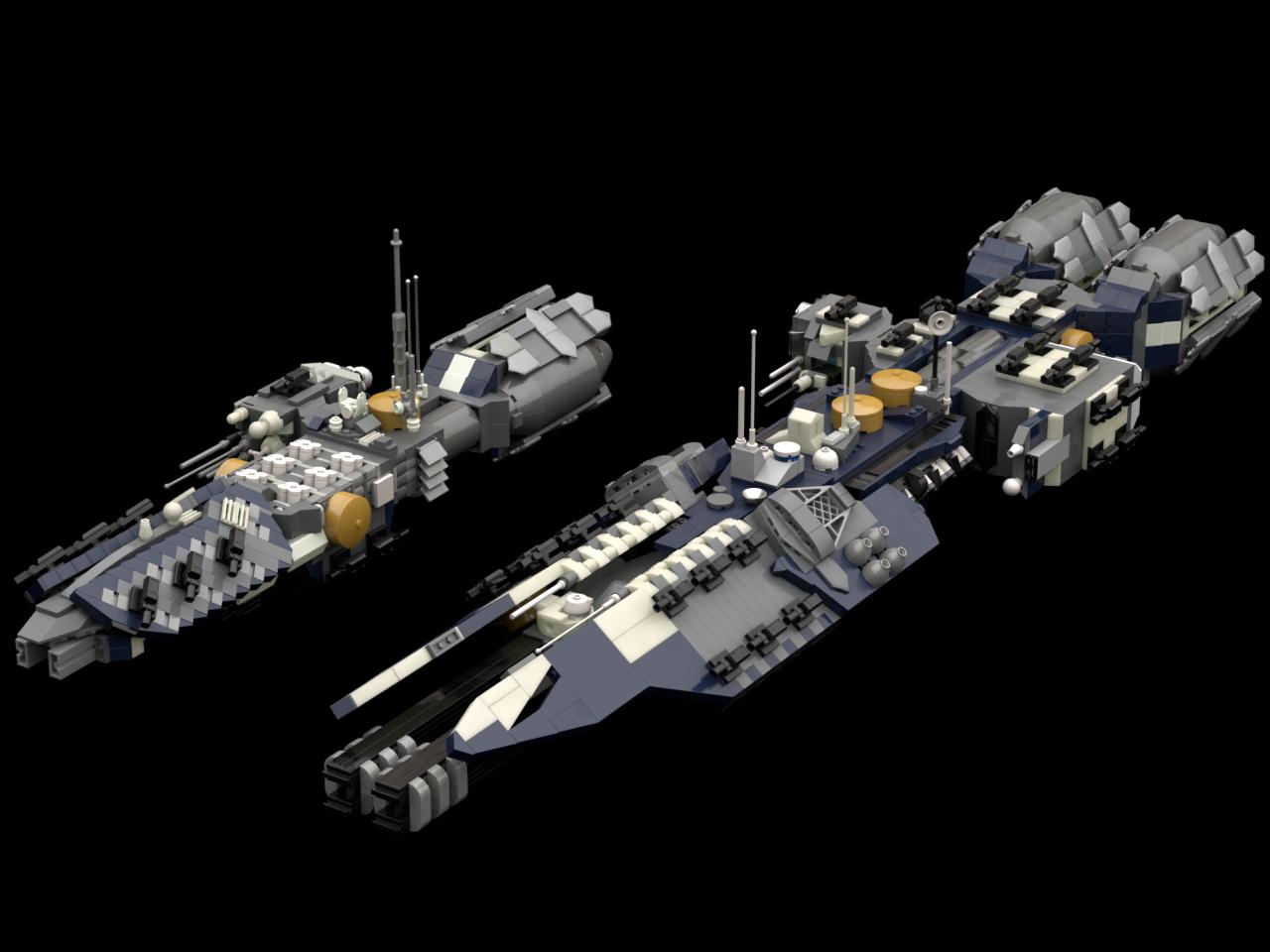 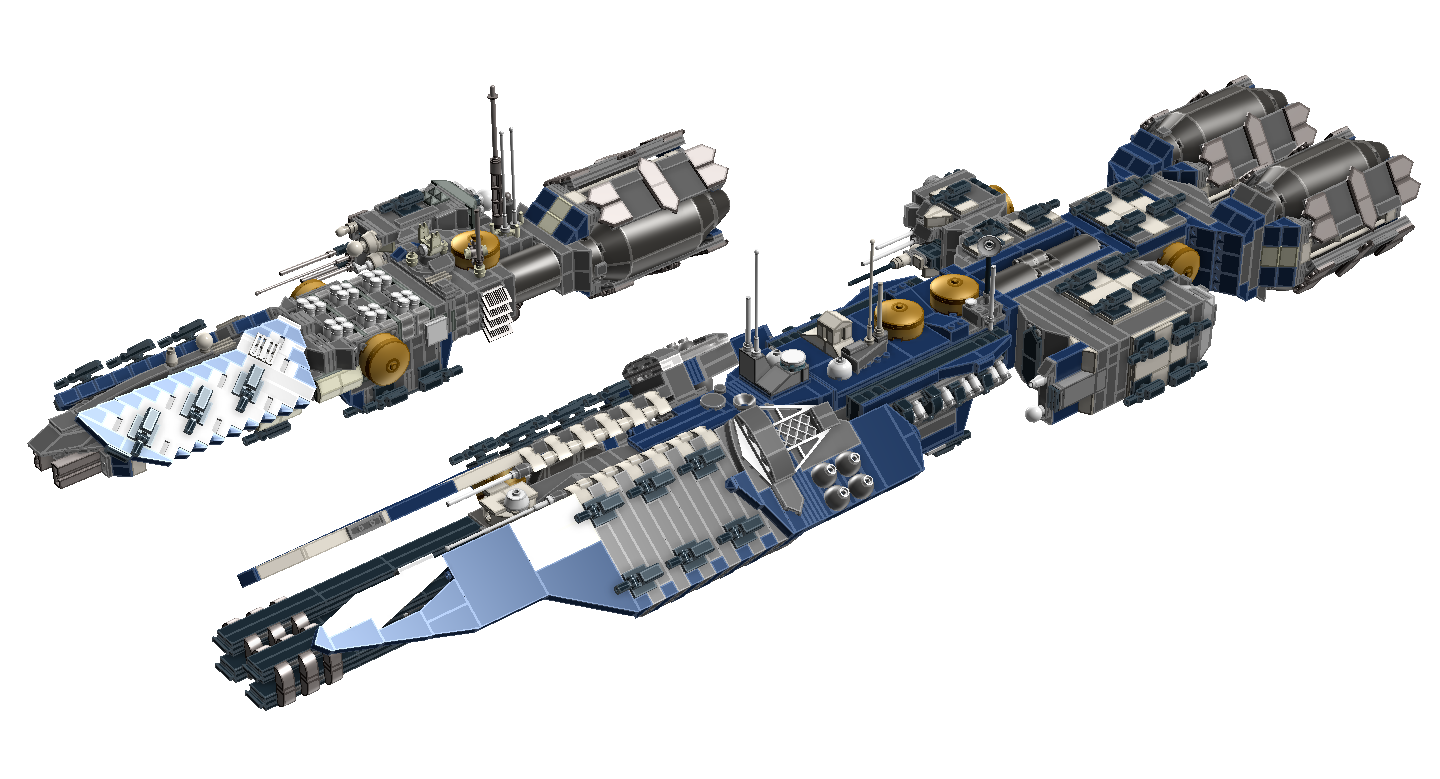 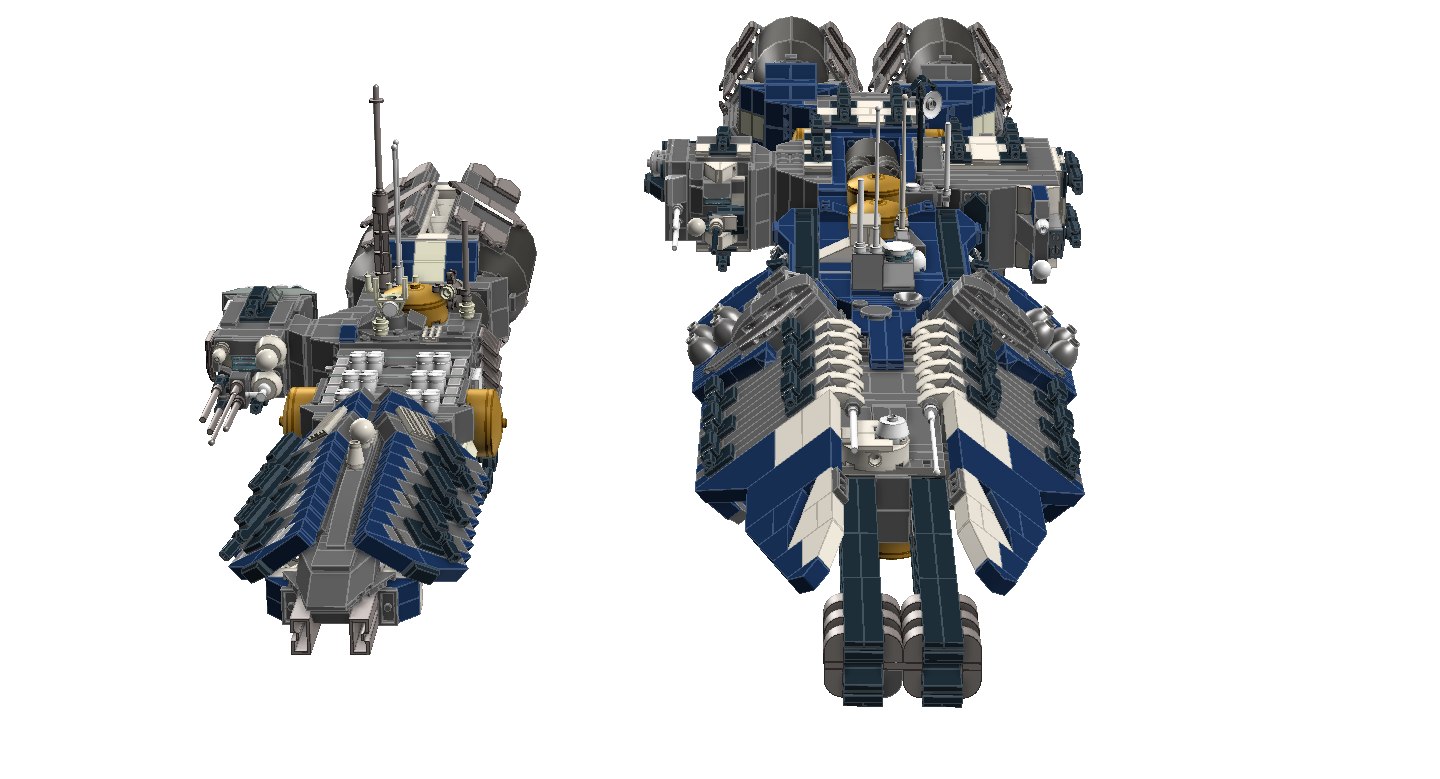 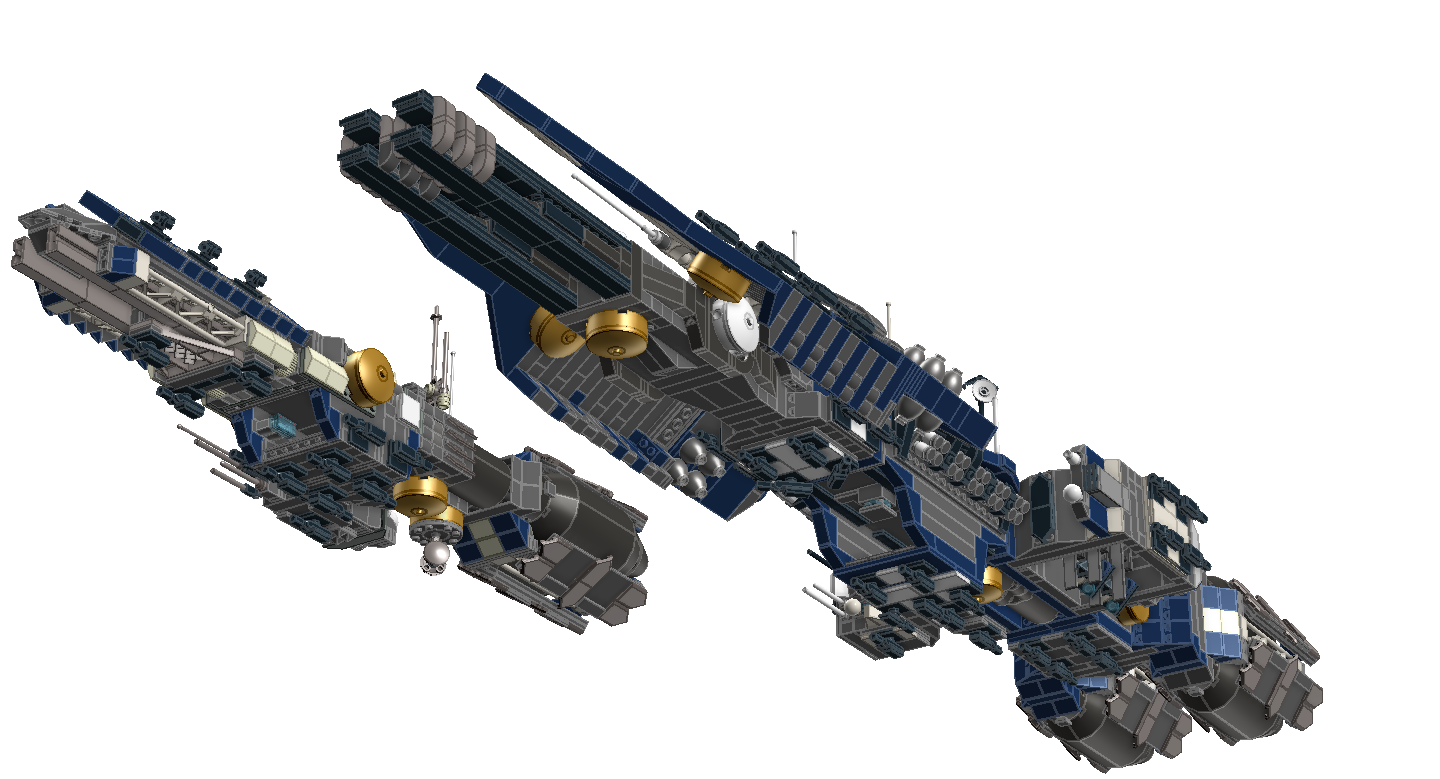 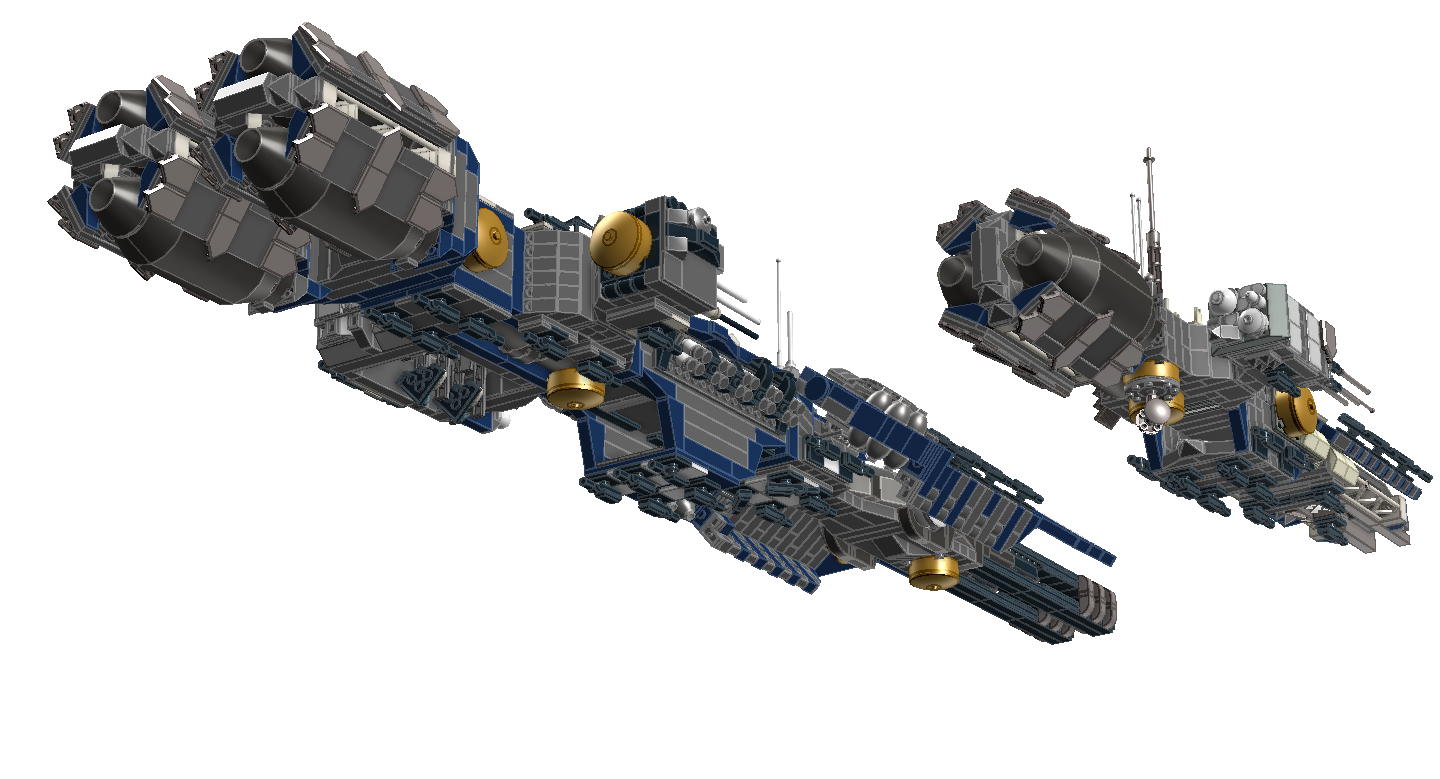 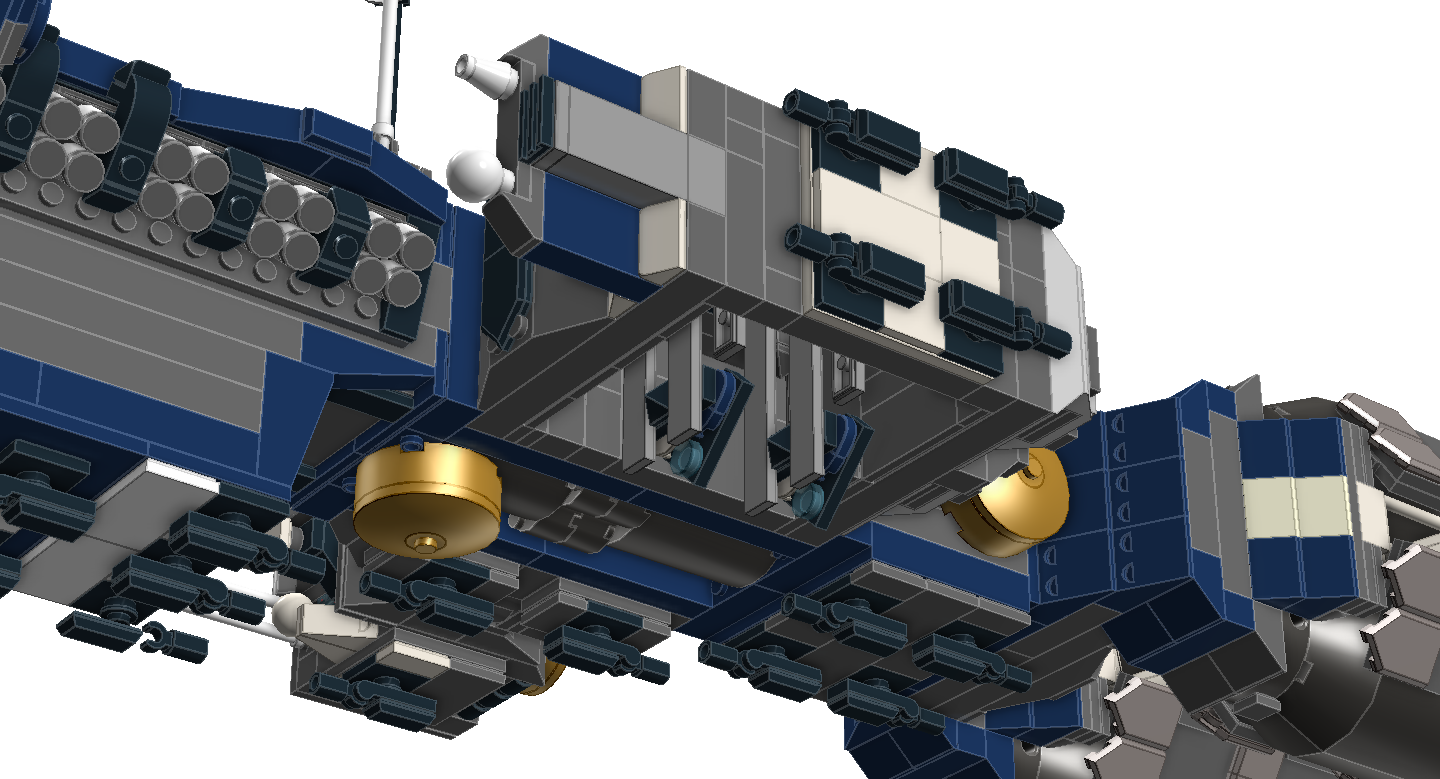 (OOC - I also tried to form the slanted armor plates to look akin to the traditional armored plate style of Systems Alliance vessels in the original Mass Effect with the same extended style of the Predominance which is also pictured.

One other thing I tried and failed to do was to file edit my Pan-Human Union flag into the LDD files and then put said flag on the ships to finish them off but I failed miserably. So for now - here is my mockup of the flag/emblem of the Pan-Human Union.) 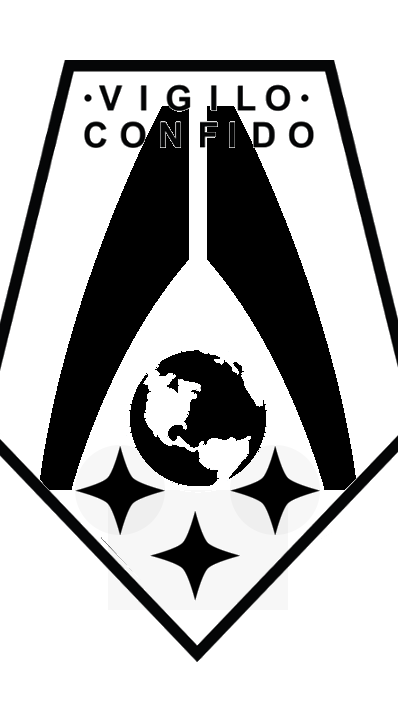 (It's not great, but it's a thing I suppose)
-- WARNINK -- LINK BELOW IZ KNOWN TO CAUZE HEMMORAGE --

And thus did I release the showcase video for the Pan Human Union "Prevalence Class Cruiser from "Of Avatars and Harbingers".

Yep - another LDD showcase, with and with any luck I hope to be putting out more LDD timelapses in the near future.
-- WARNINK -- LINK BELOW IZ KNOWN TO CAUZE HEMMORAGE --