Re: Opener at Vígríðr Prime

Again, apologies for the break. 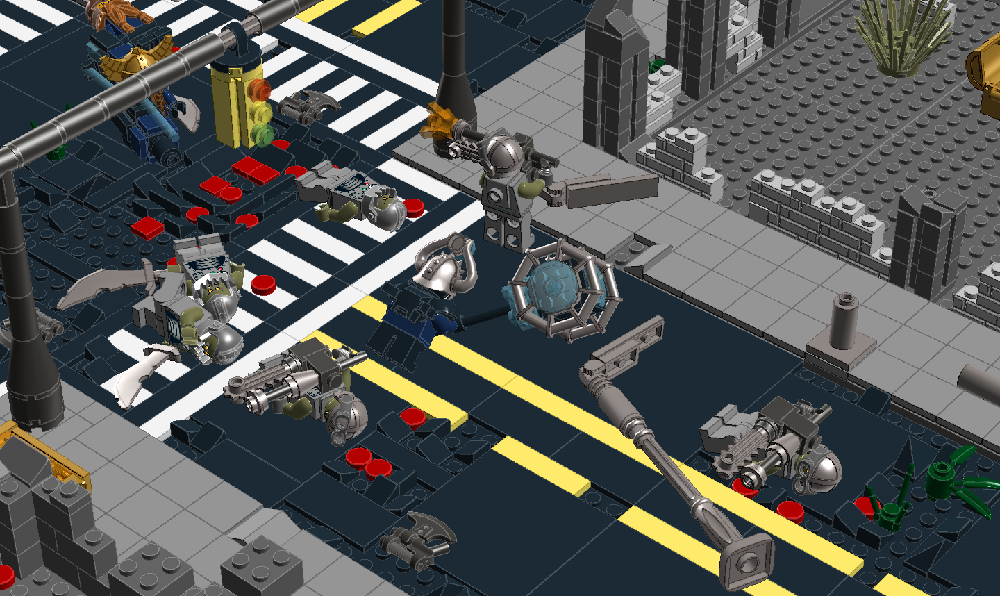 Harald makes another epic leap…into the pavement. Unfortunately for him, he falls short of his target and plants face first into the street instead, disrupted. 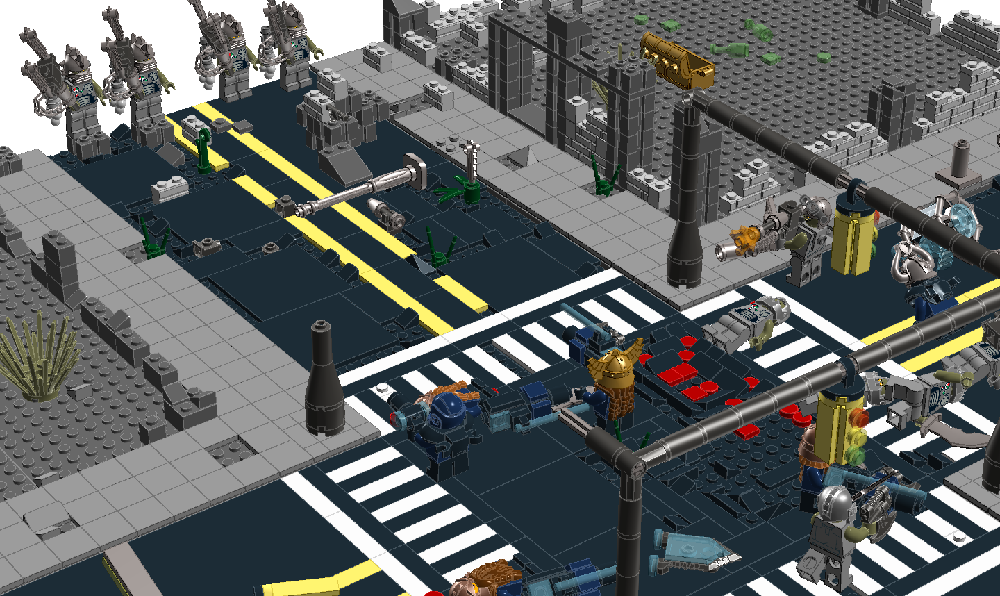 The Einherjar and the Ironsight stand together in preparation for the Warjumper advance. 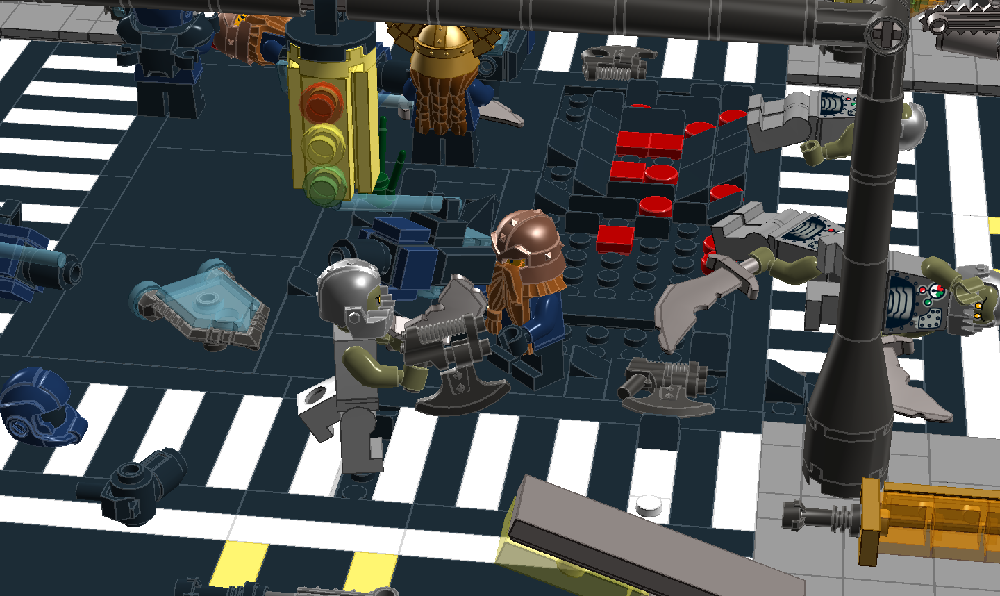 The Grunt continues to frustrate the coppertop Ironsight in personal combat. 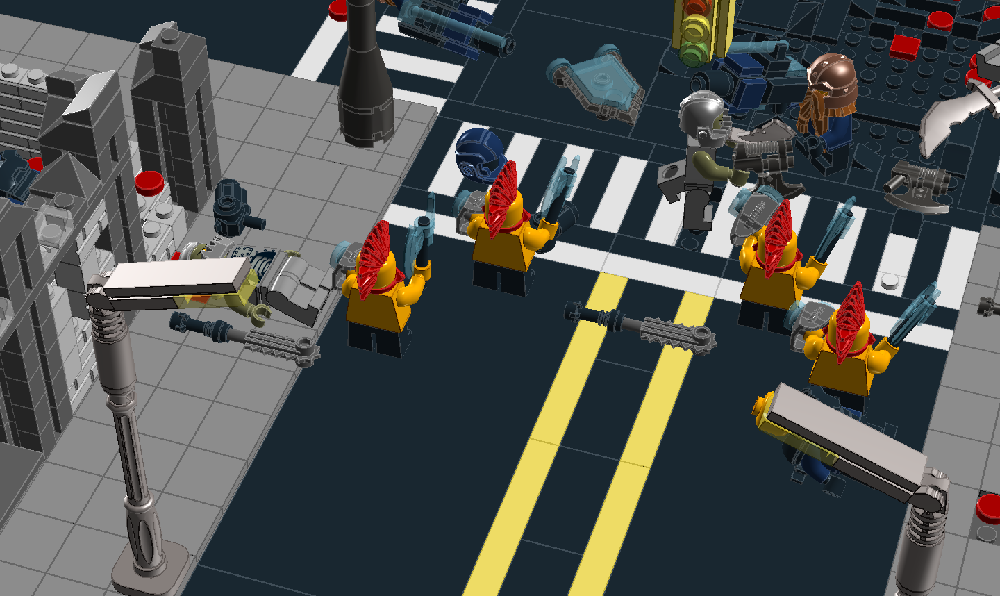 The Berserkers, fueled by endless rage, charge the middleground. They cover a surprising amount of distance for dwarves. 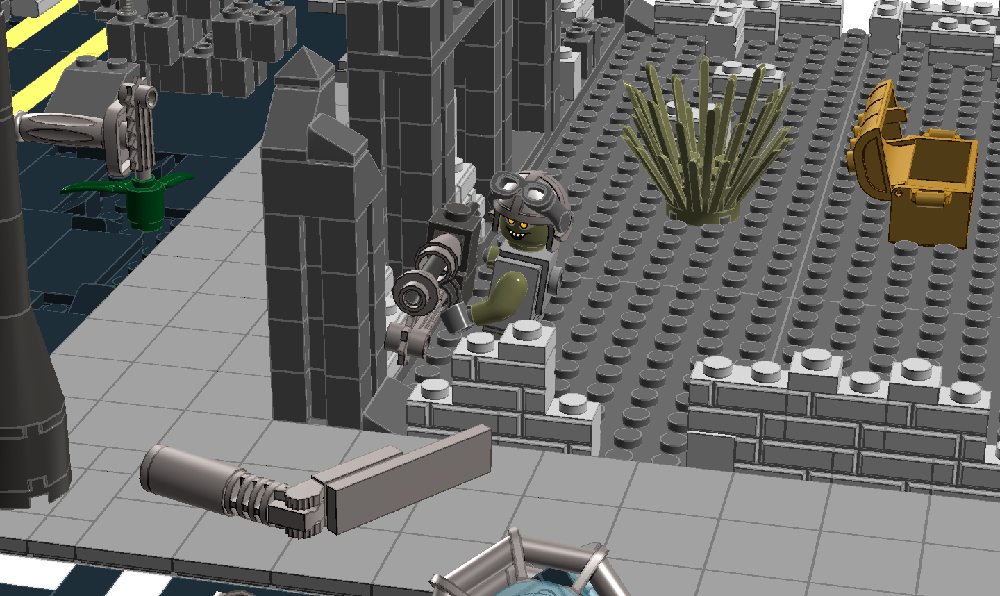 The gunner falls back behind cover and unjams his gun. Grinning fiercely, he prepares to mow down more dwarves next turn. 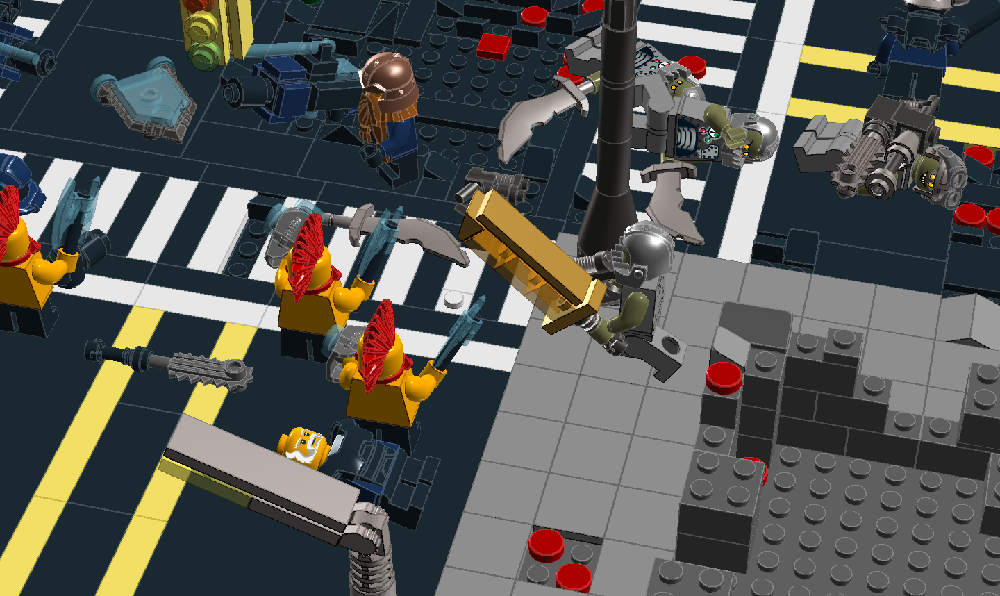 The last surviving Grunt breaks away from the seemingly dead even hand to hand with the coppertop to dance through a gauntlet of angry dwarves and retrieve Figsnuffa. Hefting the Heroic Artifakt, he is now ready to really engage in battle. 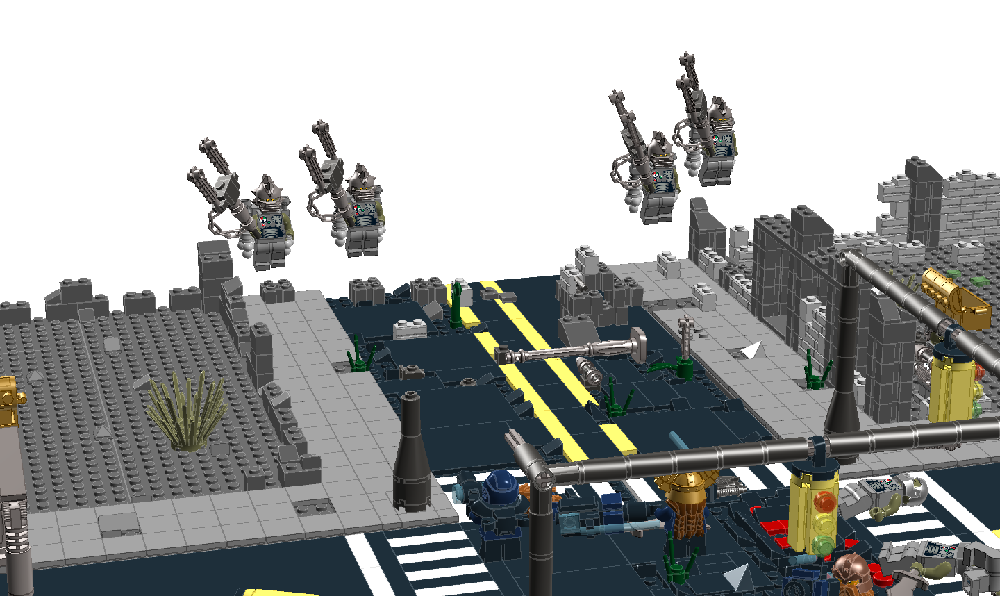 The Warjumperz burn atmo and split up, two to the right and two to the left, attempting to surround their dwarven foes. In a rare move of caution, they advance only up to the dwarves’ range and hover just outside it, foiling the earlier prepared actions.