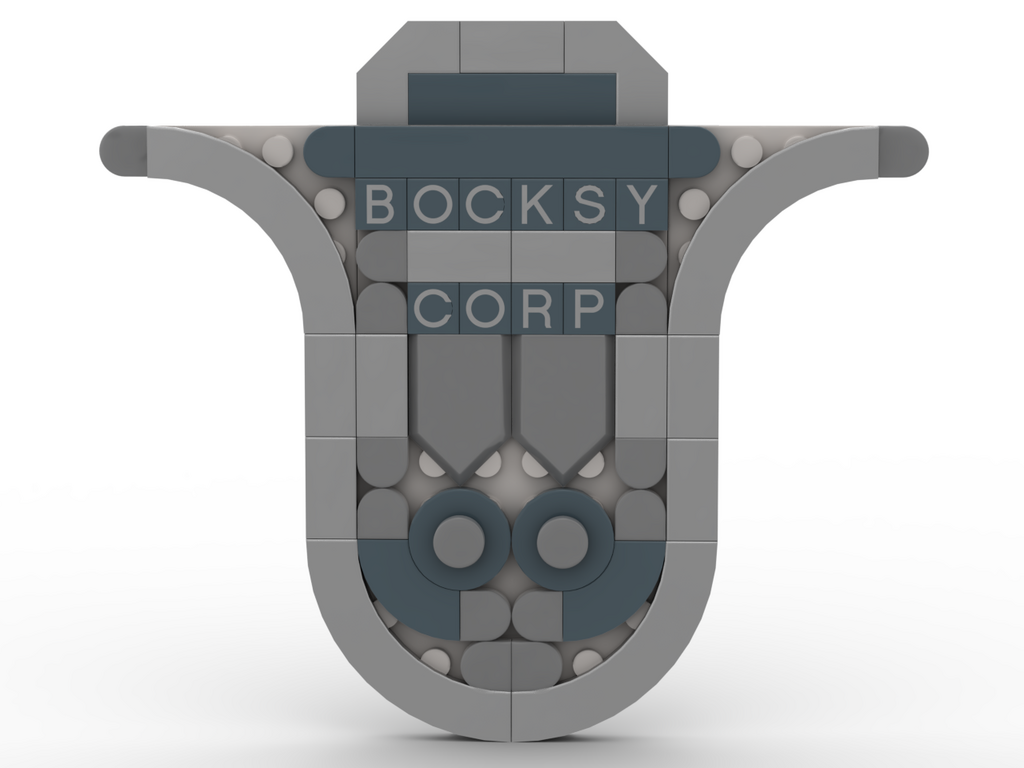 We are the BOCKSY Corp, Industrialists with a mind for making Space Easy!

You see, We are what the People call Big Fans of Commerce! We think all Minifigs every where should have a chance to trade what they have for what another fig has, and Trade blows when they come to a dissagreement!

BOCKSY Corp was built from A merger/hostile take over of SYDER COM and STUDZ mining LLC. Utilizing our industrial capability in tandem with our aggressive deep space mining operations, we Specialize in producing Space Capable Vehicles of all sizes and types and sell them at just above the cost of producing them to any one and every one! From Stellar Empires looking to bulk up their merchant fleets, to Nation-Planets freshly arrived at their own little space age, to the Raiders and warbands that prey on them both!

BOCKSY Corp has Manufactor Fleets stationed through out the known dimensions, and Sell to hundreds of star spanning factions!

The BOCKSY Standard Template 3B Corvette!
Meet your New Ship! 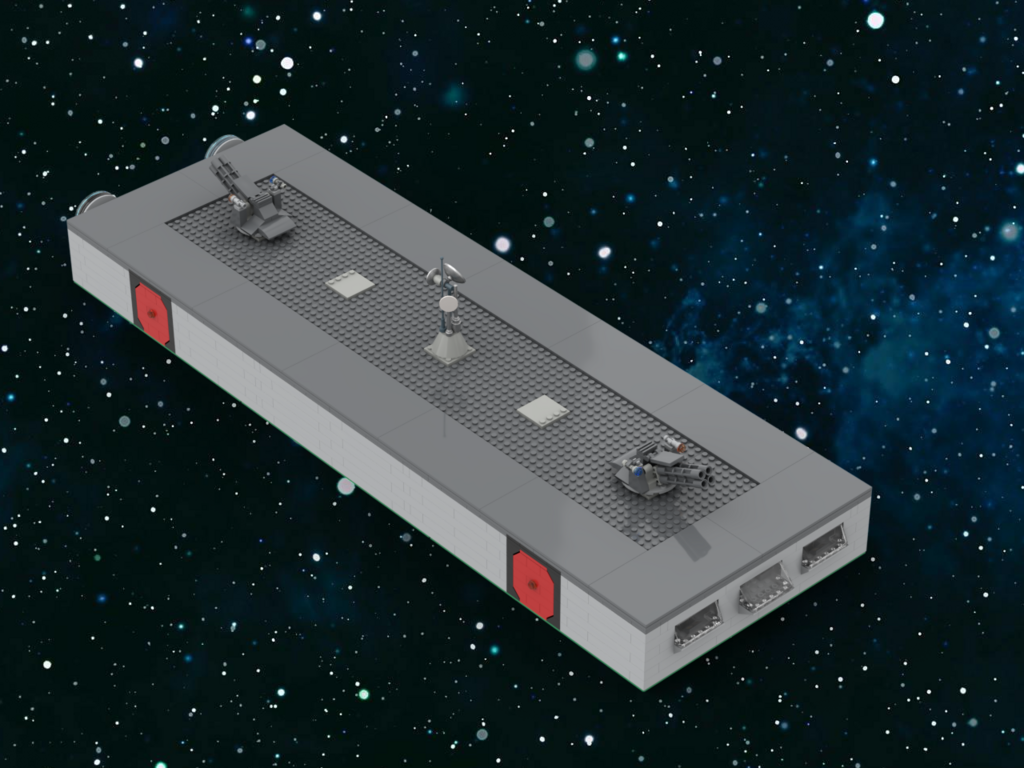 A lean, mean, Star-sailing machine, the BST 3b Corvette is the workhorse of Empires through out the known dimensions.

Lets take a look at it's features and internals: 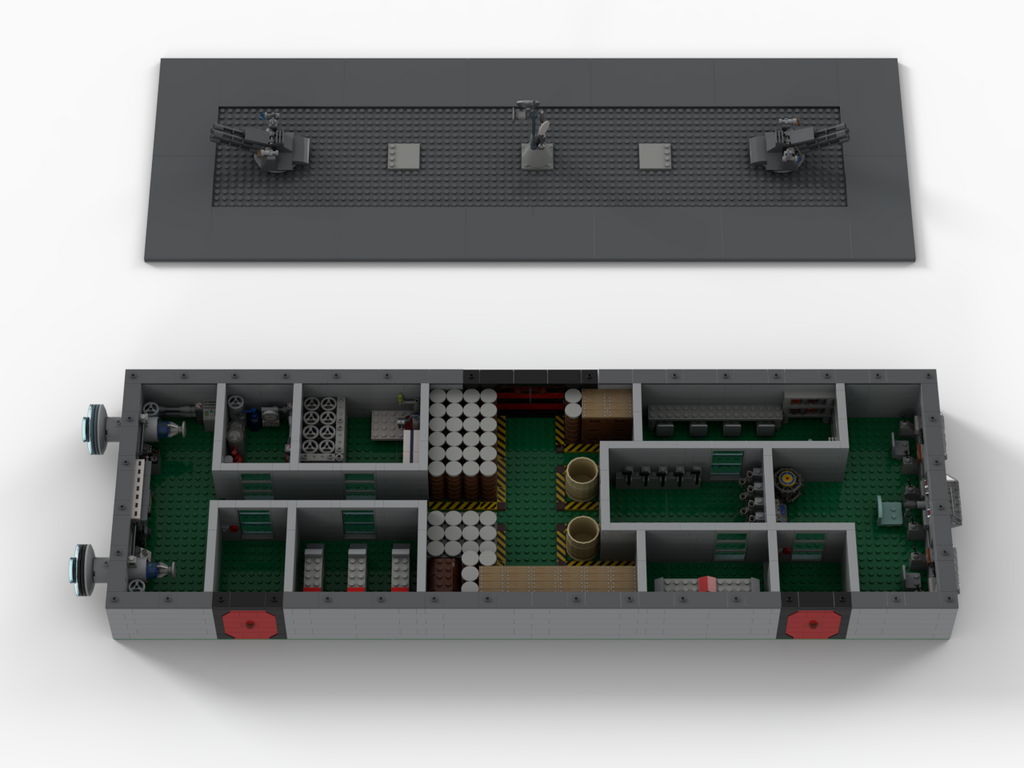 Bridge and Crew compartments
B3 Corvettes come with a comfortable three seat Bridge, a BOCKSY BT1 Astrocomputer, and a mess hall/barracks fit to keep at least Ten Minifigs alive and Kicking mission after mission! 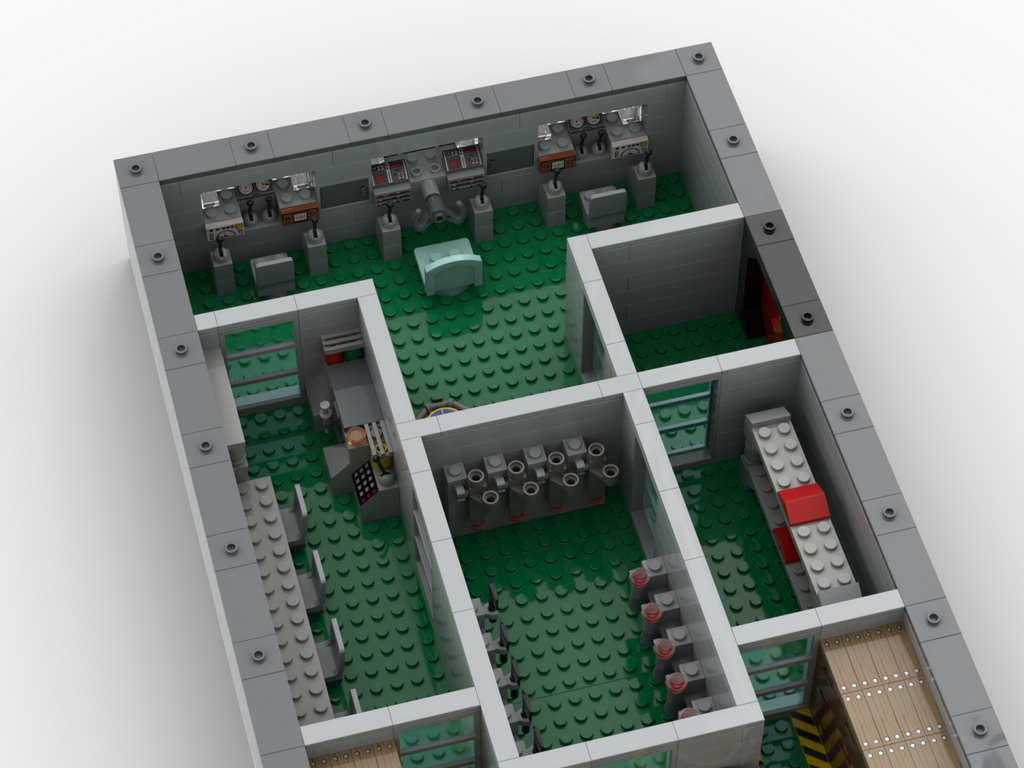 Points of Access
B3 corvettes are equipped with three entrances, Two Starboard Airlocks (Forward and Aft) for Minifig access, and 1 Cargo bay Bulkhead, as can be seen in the Following section. And internally, the SHIP is outfitted with sensor activated see through doors that slide into the walls as Crew walks through, no more pesky fiddling with knobs! 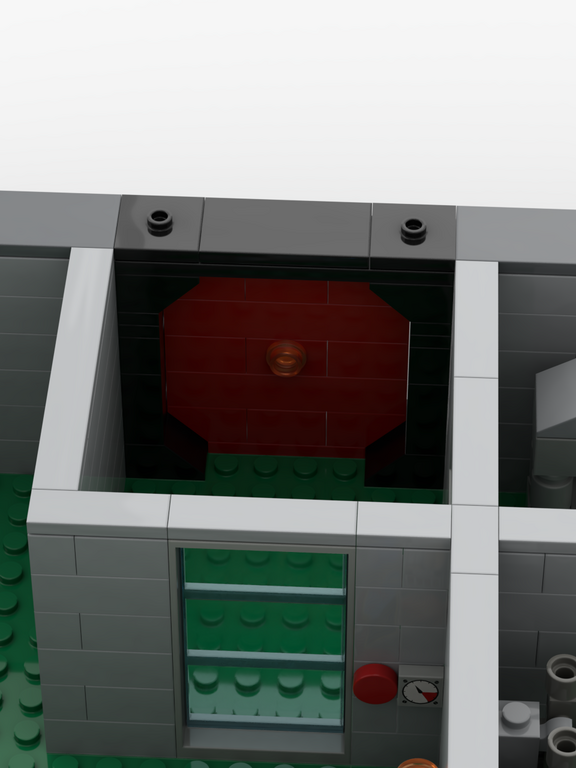 Cargo Hold
The B3 is built around it's cargo compartment; with over 480^2 studs of usable deck space and 6 bricks of height, There is plenty of room for most anything your average space merchant could want to haul! Standard lay out includes handy dandy delineation stripes for optimal storage capacity and crew maneuverability. 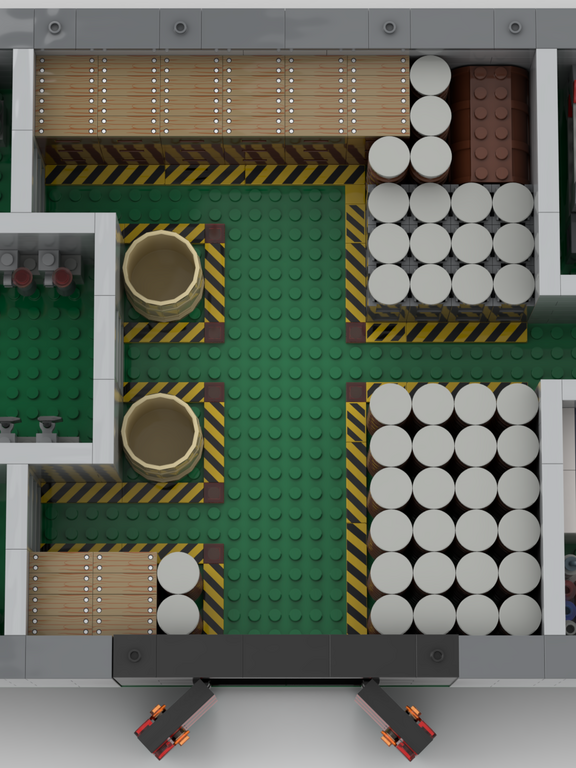 Void-Drive, Life Support
The stout B3's forward Drive is a dual TransBlue Impeller, fueled by compact and powerful BOCKSY corp BT Fuel Cells. This modest but manly drive can break atmo of most terrestrial planets, and cruise at a respectable clip through BOCKSY Space FTL!
Every B3 come's with a robust life support system that can provide everything a living, breathing crew needs, and not a single atom more! And for the more flimsy of 'figs, BOCKSY Corp's BT1 AutoDoc is on call! Don't worry about the BOCKSY corp Fuel Cells, Internal proprietary BOCKSY Corp Studies have shown BT radiation is Benificial to most forms of ABS life! 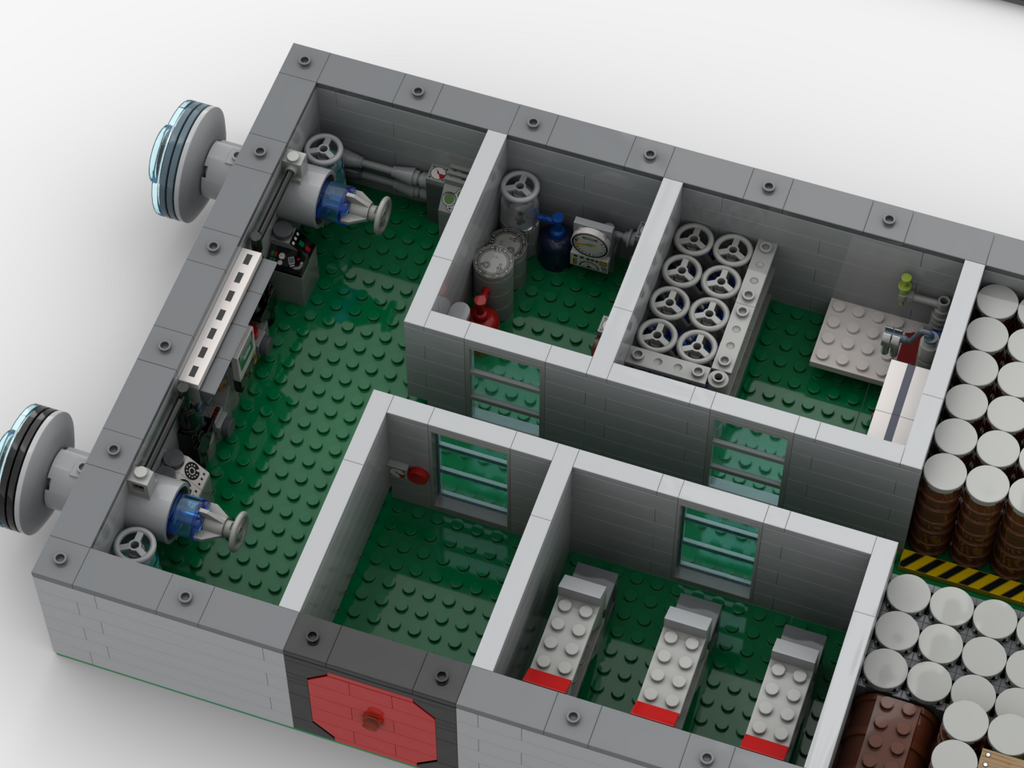 Armerments and Sensor/Coms
LAst but certainly not least, we turn to the Top-side hull of the BST B3 Corvette. Every B3 comes with a pair of BT1 quad turrets installed Just before the Bow and Stern of the Ship. Amidship you'll find our BT1 Communication and Sensor Suit, the Working-Spacer's Eyes, Ears and Mouth. Additionally, every 3B Corvette has the option of the additional Armory Package, which will fill the SHIP's Armory with all the tools they'd need to repel boarding foes or mutinying crew! 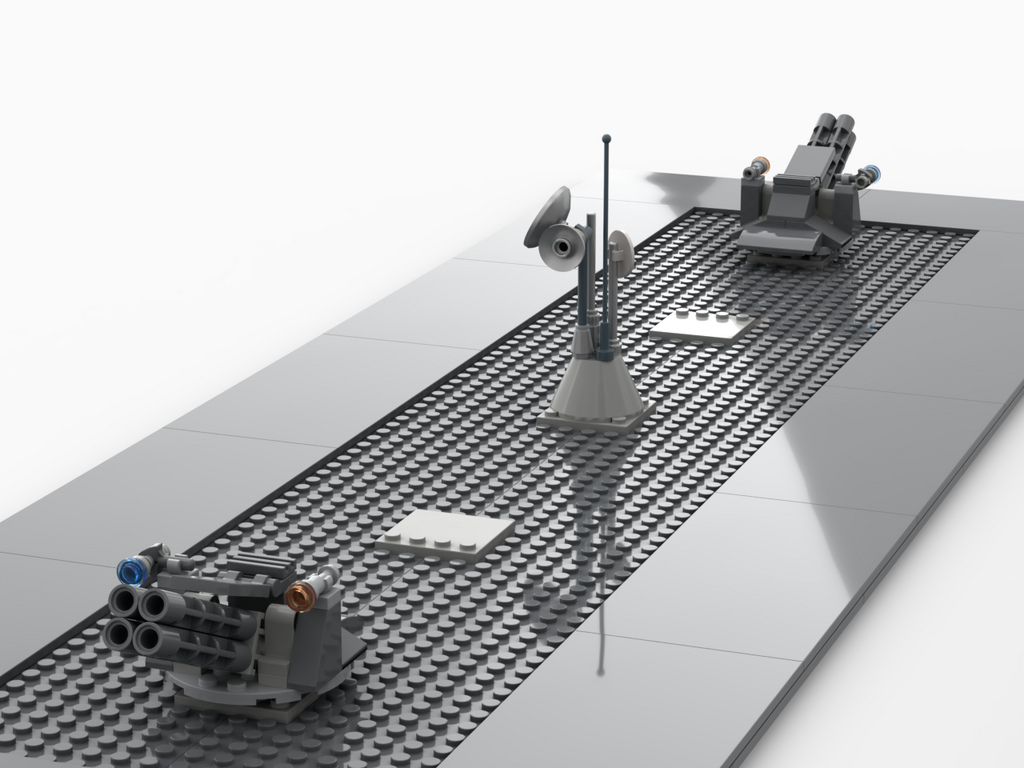 AND THERE WE HAVE IT FOLKS!
We here at the BOCKSY Corporation hope you can see why the The BOCKSY Standard Template 3B Corvette! is the perfect SHIP for all your space faring needs! Contact your local BOCKSY representative for a consultation on commissioning one of these fine SHIPs today!

The Hull
Comes standard with: TB1 Bulkheads, TB1 Cargo Bay Bulkheads, TB1 Universal Drive-Housing.
The BTS 3B Corvette Hull is the real success story of the BOCKSY Corporation, the 3b stands for 3 Baseplates! The hull is Built upon 32x32 Baseplates harvested directly from planetary surfaces which makes for an incredibly cost effective place to start! 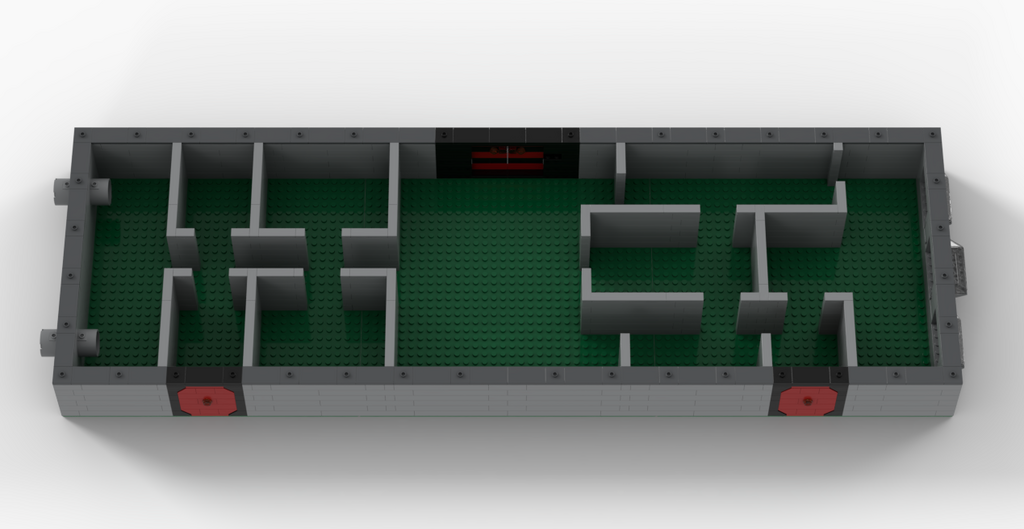 All components that come as part of the BOCKSY Standard Template 3B Corvette are denoted with 'BT1' Which mean's BOCKSY Tier 1. These modules are all the first and most basic tier of BOCKSY Corp's Proprietary Modular SHIP systems. But don't let that fool you into thinking they are anything but Stubborn, Dependable, and most importantly Cost Effective! 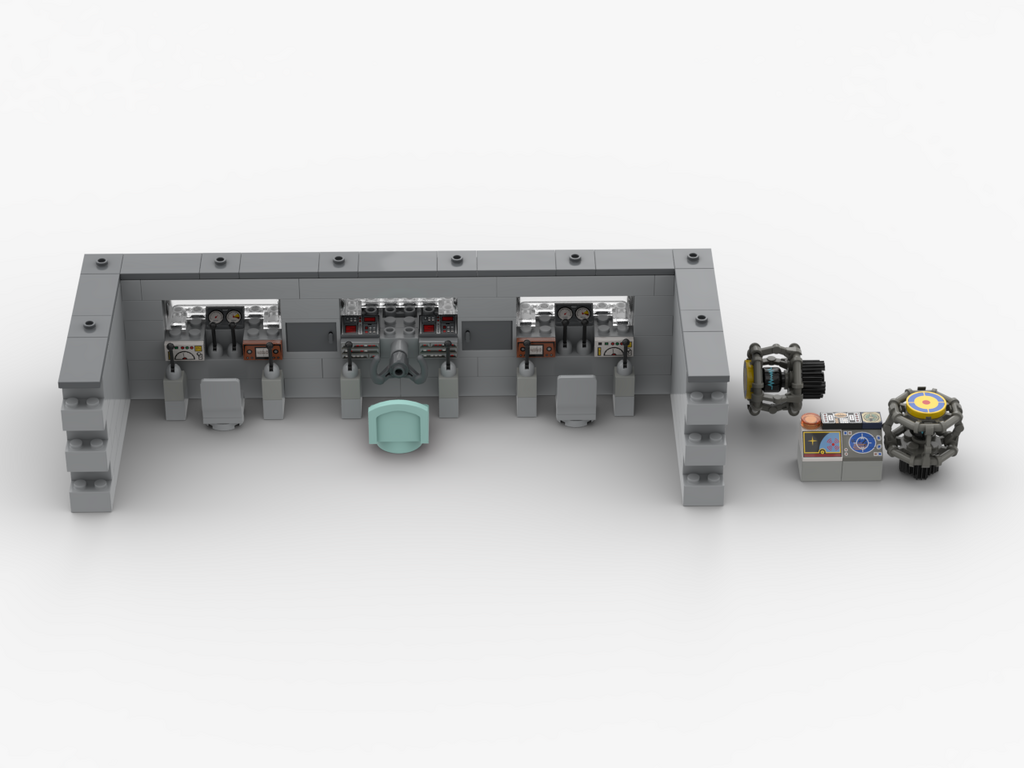 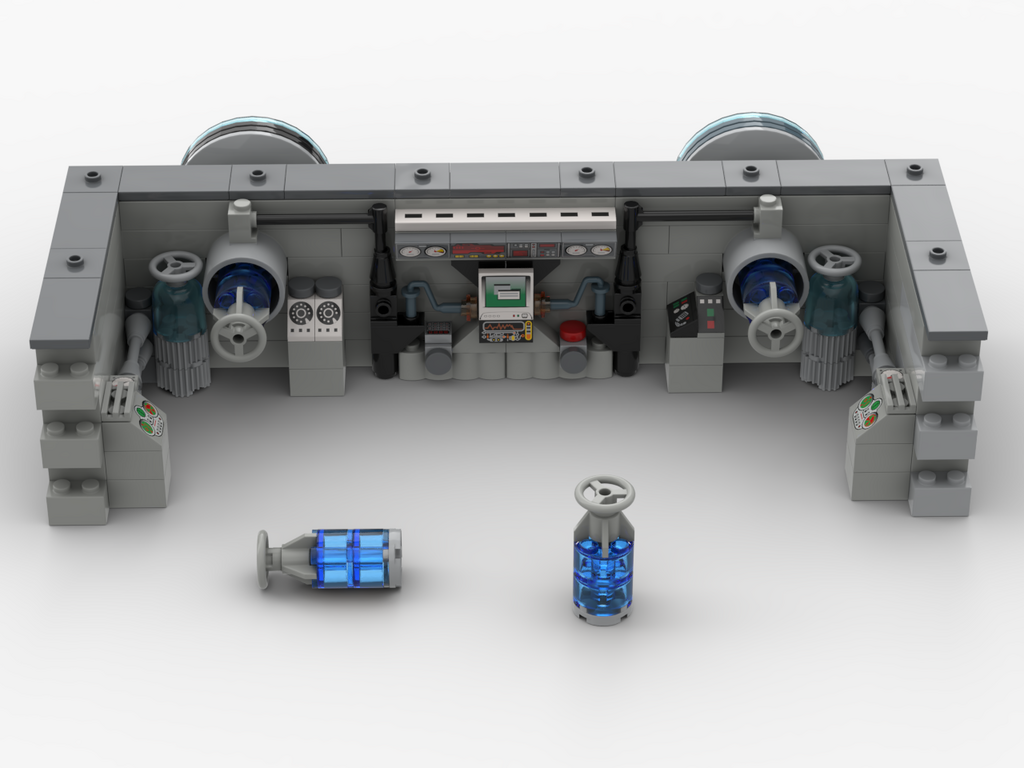 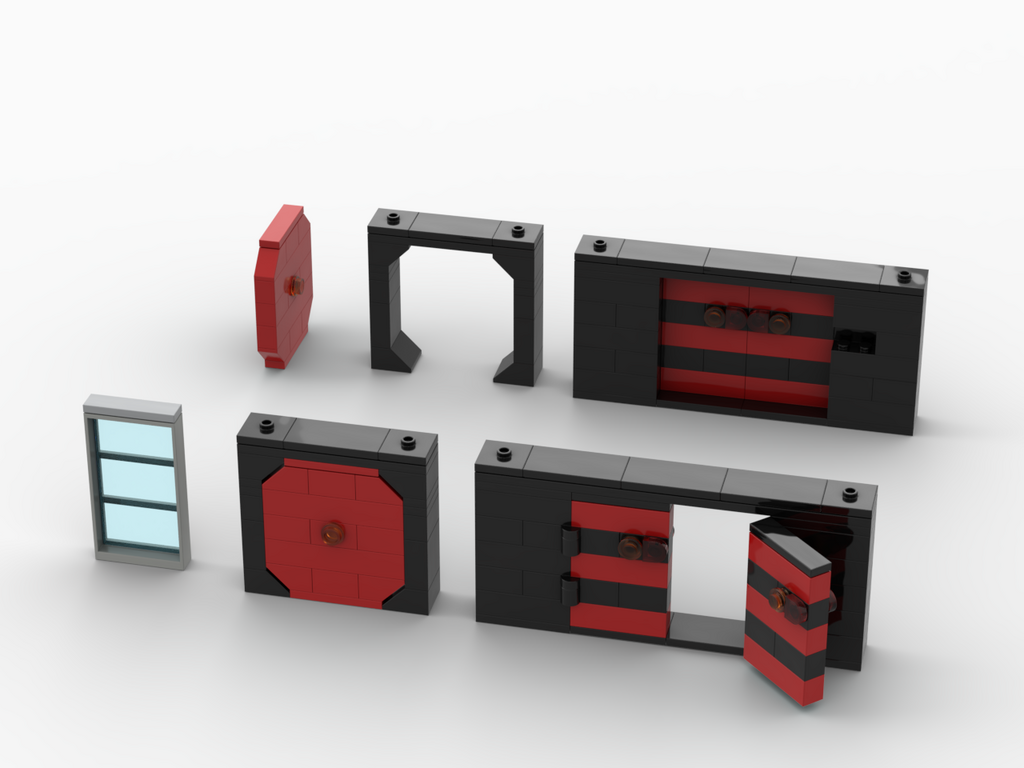 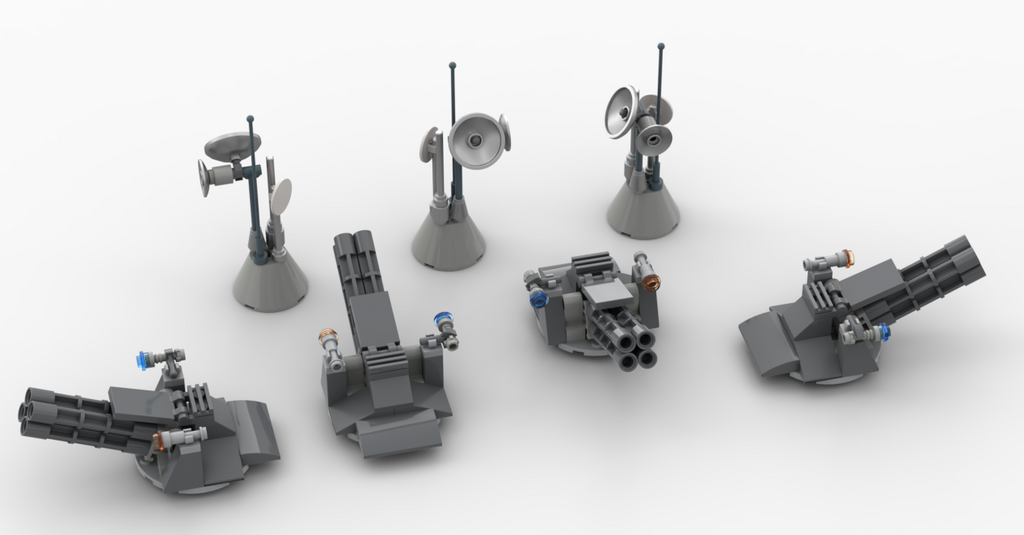 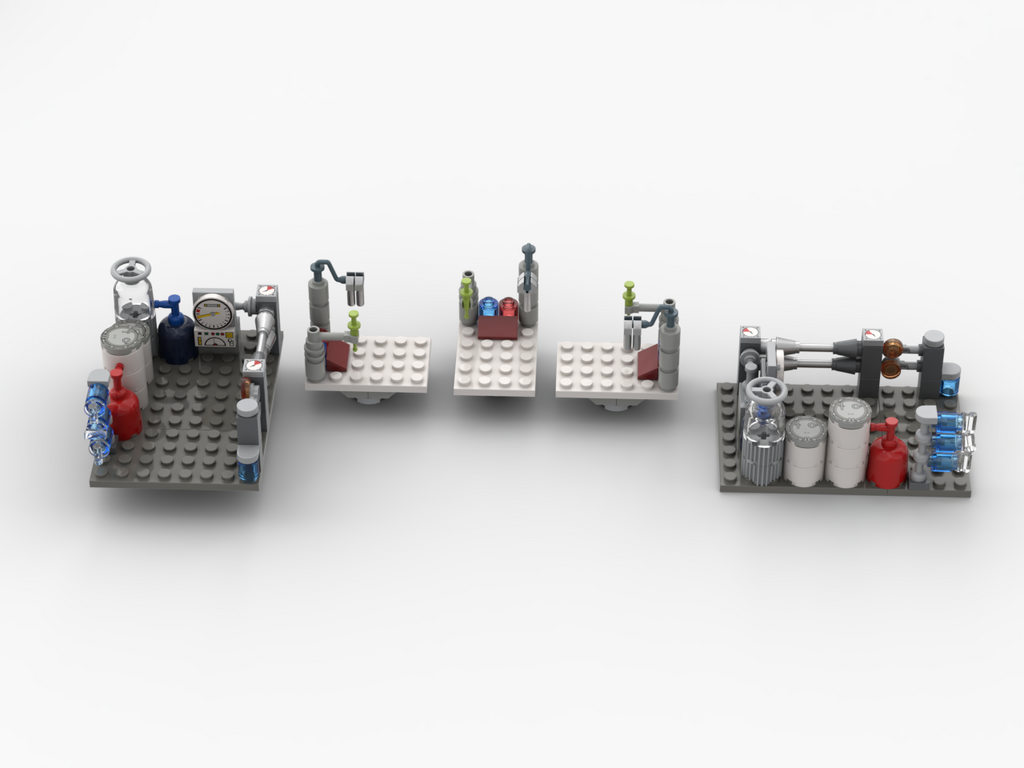 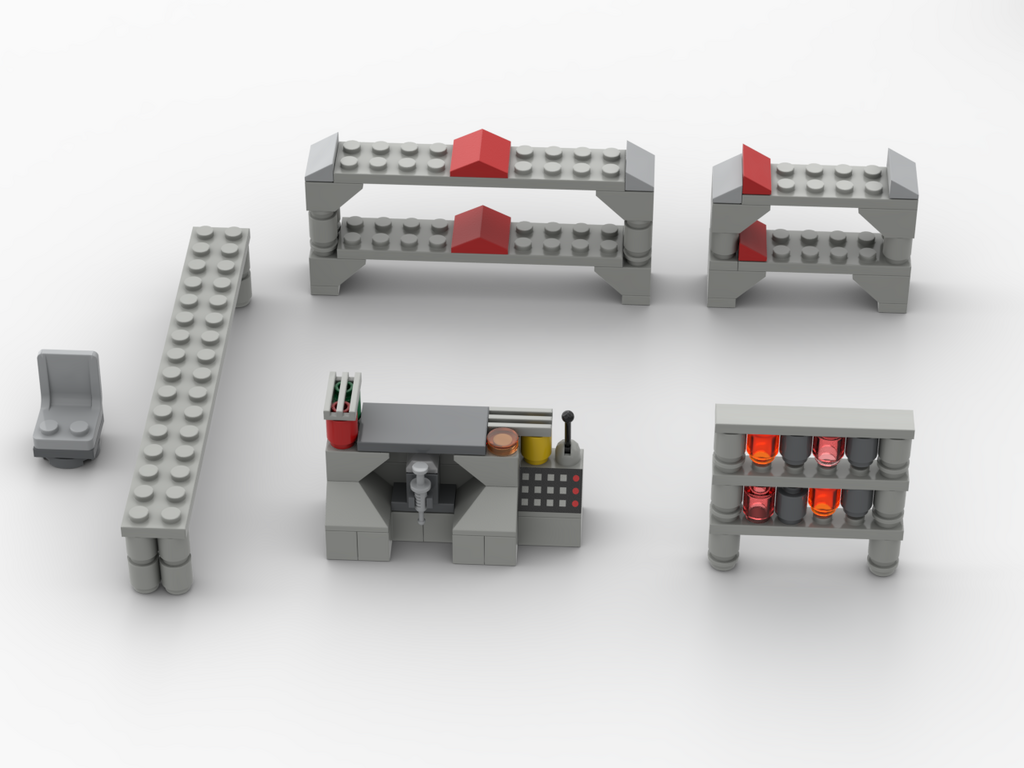 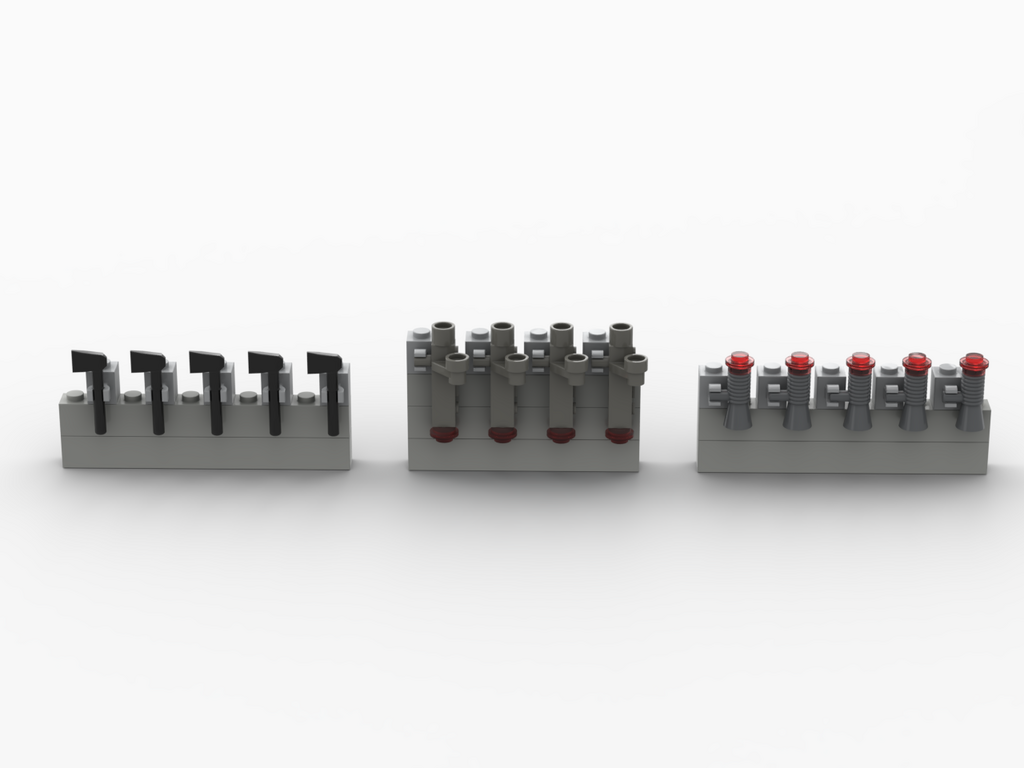 BOCKSY Corp has a diverse and versatile range of Military-grade Automatons that will fit right in with any fighting force!
These automatons can be rented, leased or purchased individual, in squads, divisions, brigades, battalions, wings, and many more unit sizes!
make sure to Mix and Match your orders to find our secret Creative Customer Cupons!

(this section is in progress, more fluff and possible name changes will be coming.)
BOCKSYbots 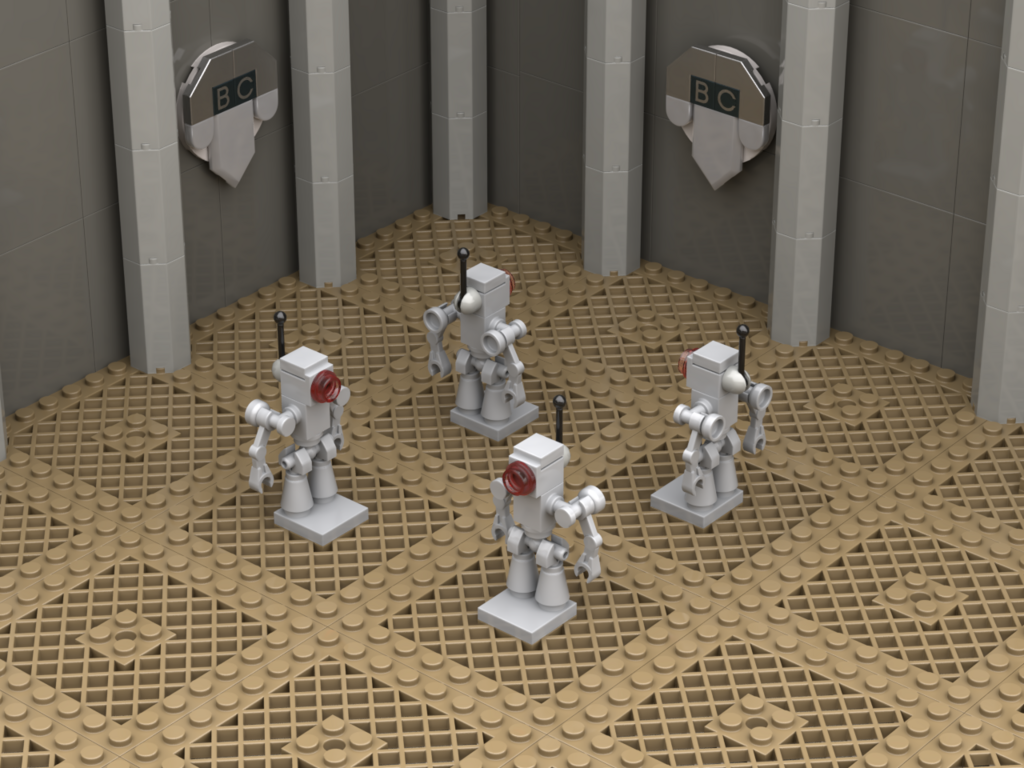 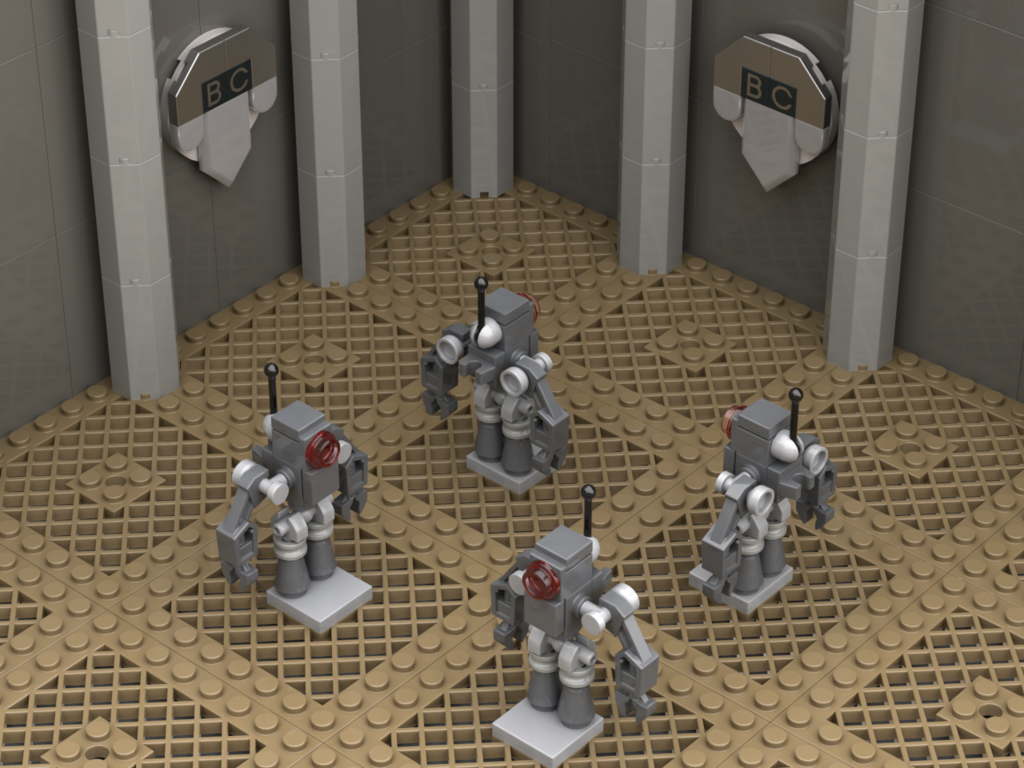 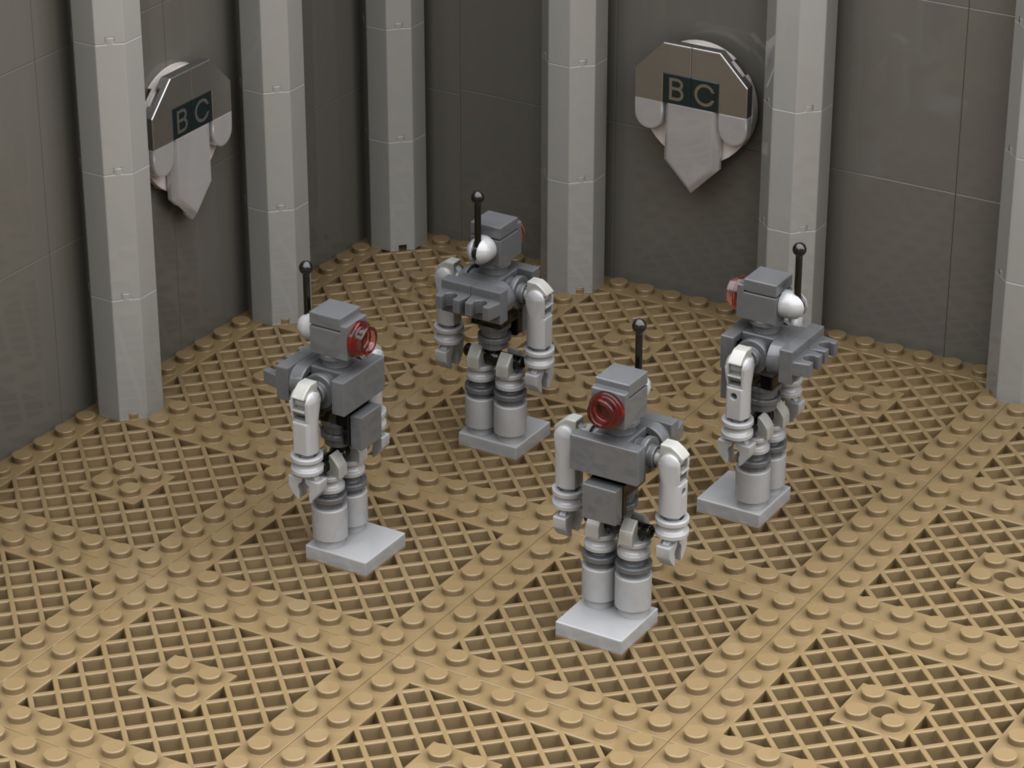 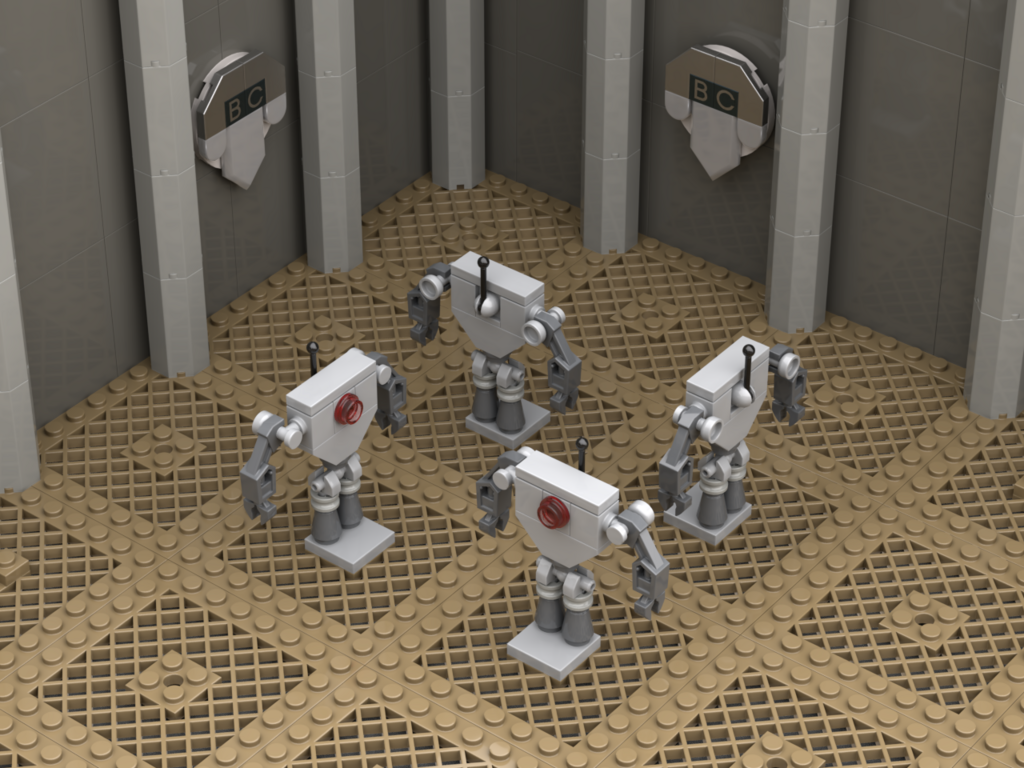 A gallery of the SHIPS BOCKSY

Corp has completed and shipped to Happy Customers across the Brikverse!

Corp ship made/customized for your faction please fill out the following form and post below: 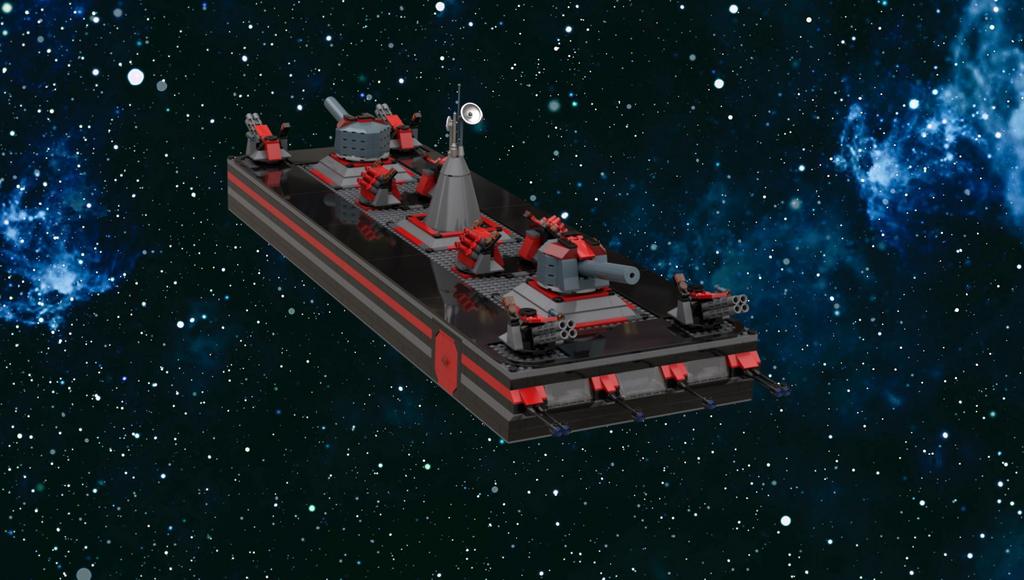 Our first customers, The fine fighting figs of the Bleak Company!

When the Bleak Company contacted BOCKSY


Now, The Famous Bad Tom probably thought he was asking for multiple SHIPS at once, But he soon learned the the BOCKSY

Corp's Engineers are a cut above the rest and was presented with the rough sketches of the BST B3 Corvette mod: Bleak Triple T

, which stands for Transport, Take-hold, Terrorize! (Look, they are engineers not creative writers.) now known Anno wide as the Bleak 3T, This Stern and Solid SHIP meets all requested specifications and then some! 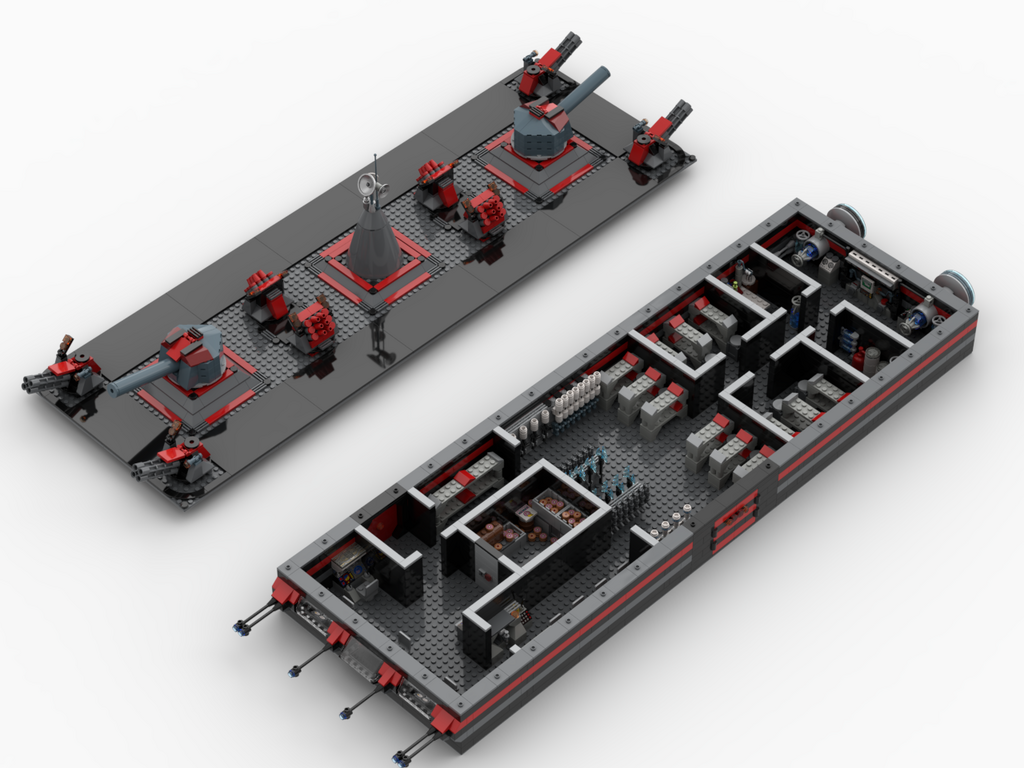 The Bleak Tripple T has had it's internals modified to turn the Cargo hold into a High capacity Barracks and armory, In addition, the room that serves as the standard issue B3's armory is now a highly reinforced doughnut vault. An army Marches on it's stomach, and that does Double for the good ol' boys of Bleak Company! 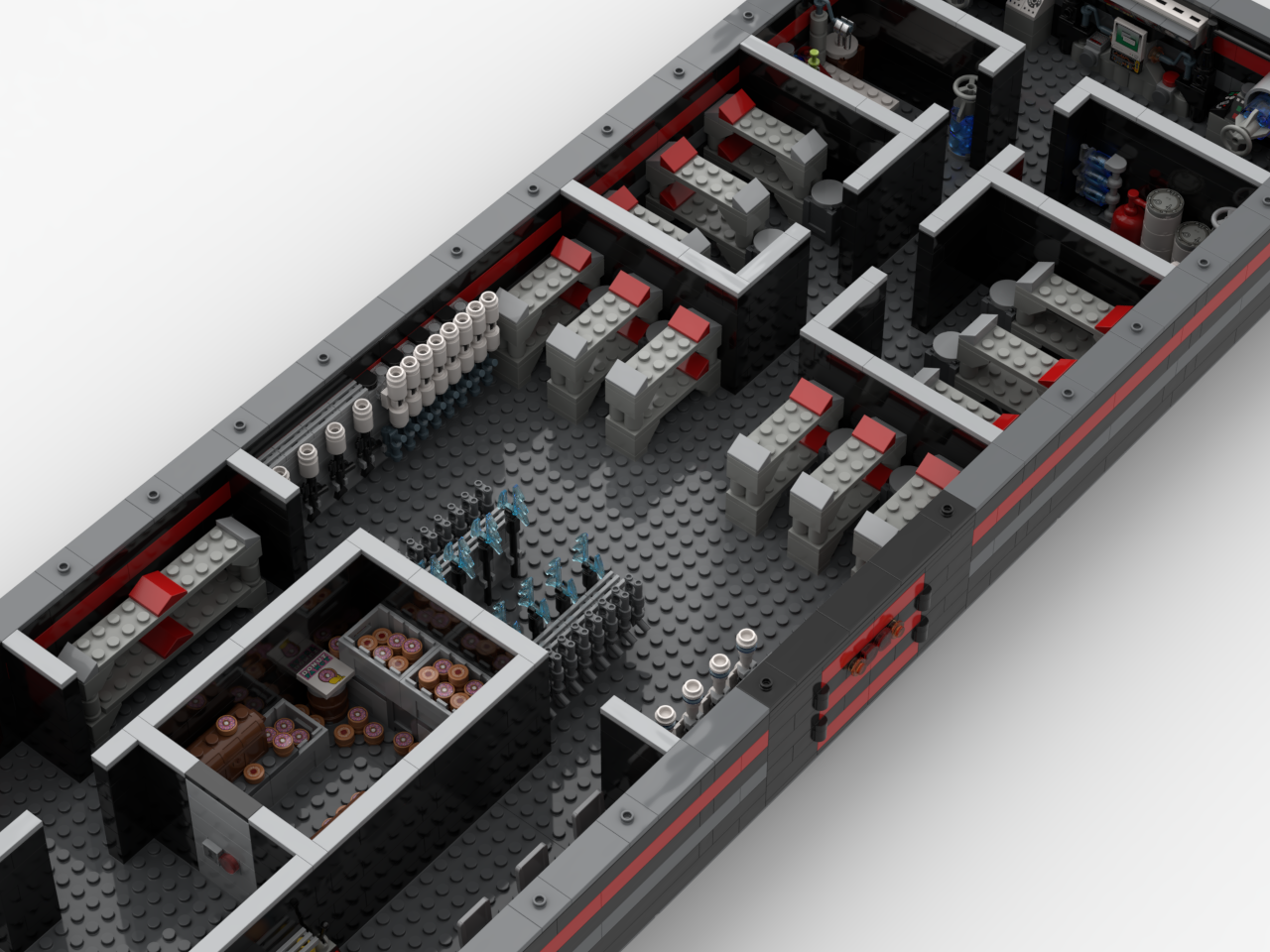 The Bleak 3T has a modified bridge, with BT powered Cannons bristling between the view ports, a Gunnery station designed to match the significant demands of the 3T's significantly up-gunned armament, and a sleek BT2 AstroComputer and Comms. 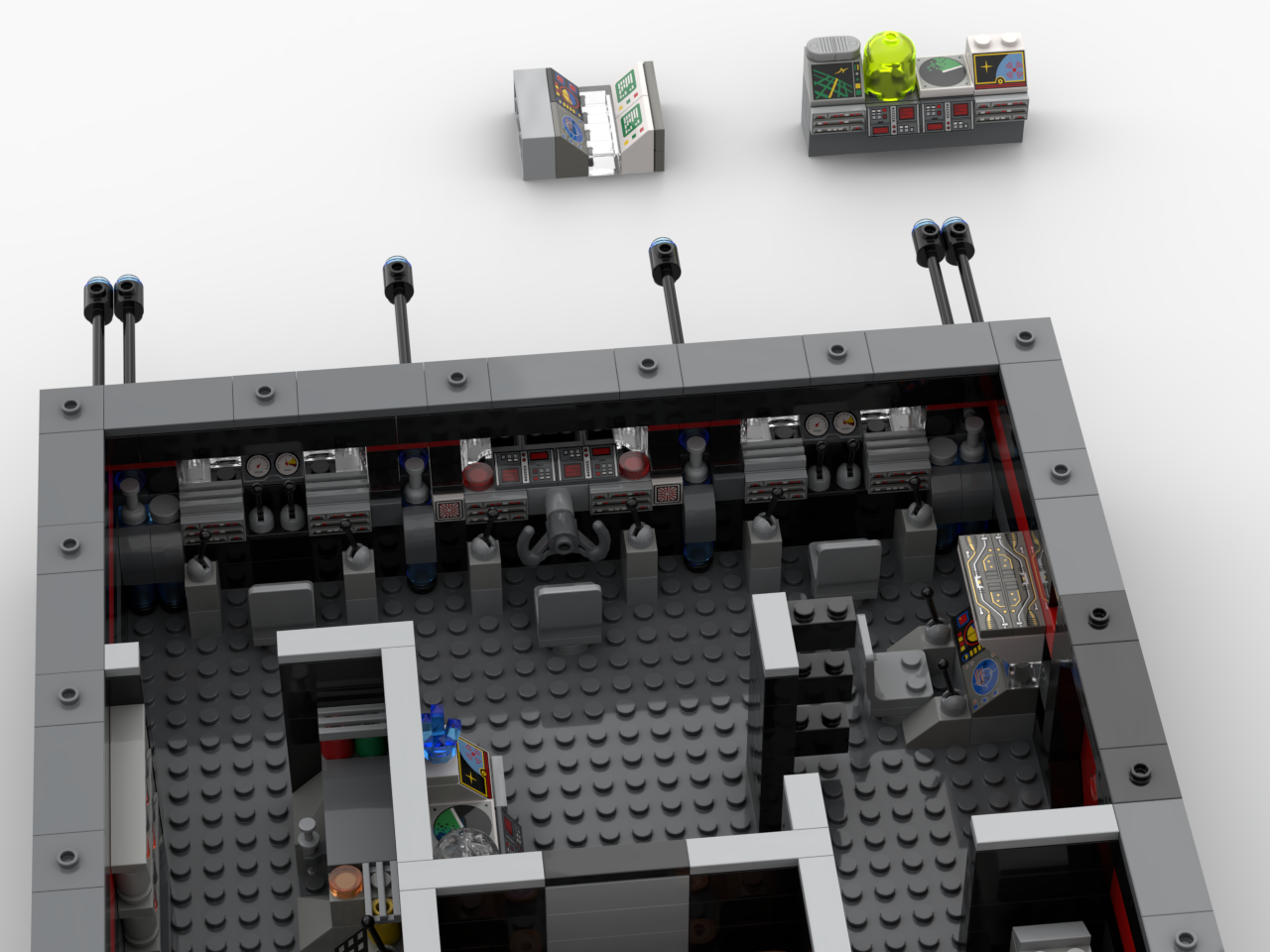 Engineers replaced the Aft Starboard airlock to ensure that Bleak 3Ts still have room for a medbay, and here you can see the location of the Powercells displaced by the additional Barracks as well as the positively lush amenities found in one of them! 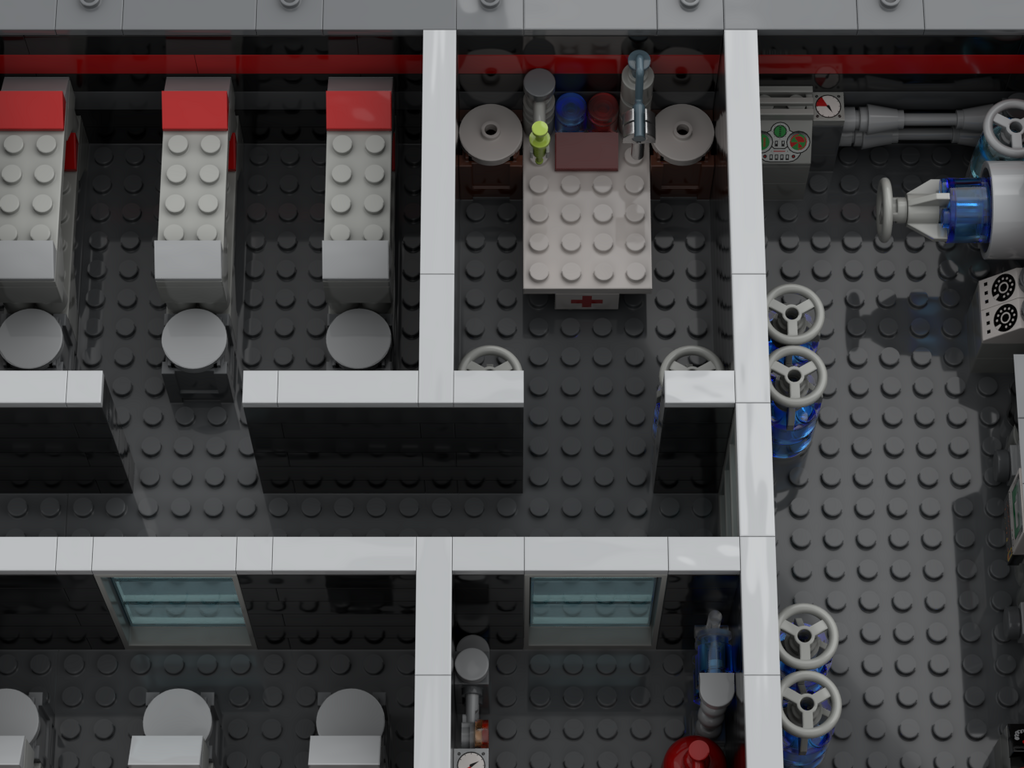 Now we here at BOCKSY

Corp know that you've been zooming down your data-slate for a closer look at the Bleak Trippe T's Armaments, Beastly as they look! So feast your eyes on a close up of the Fore half of the symmetrical upper hull. Additionally, you can see the beefed up commtower that allows Bleak Company to keep in contact with it's Troops At range in and out of atmosphere. 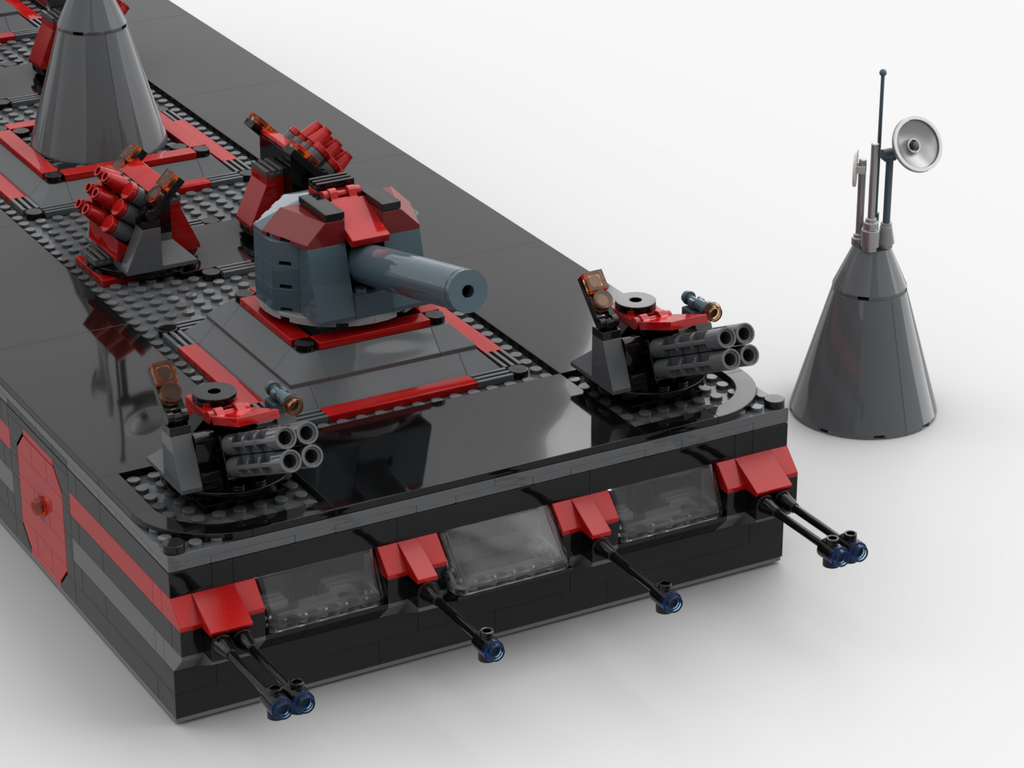 A closer look at the three turreted weapons follows, each with a spiffy new Bleak Company housing
The work horse of the BLOCKSY 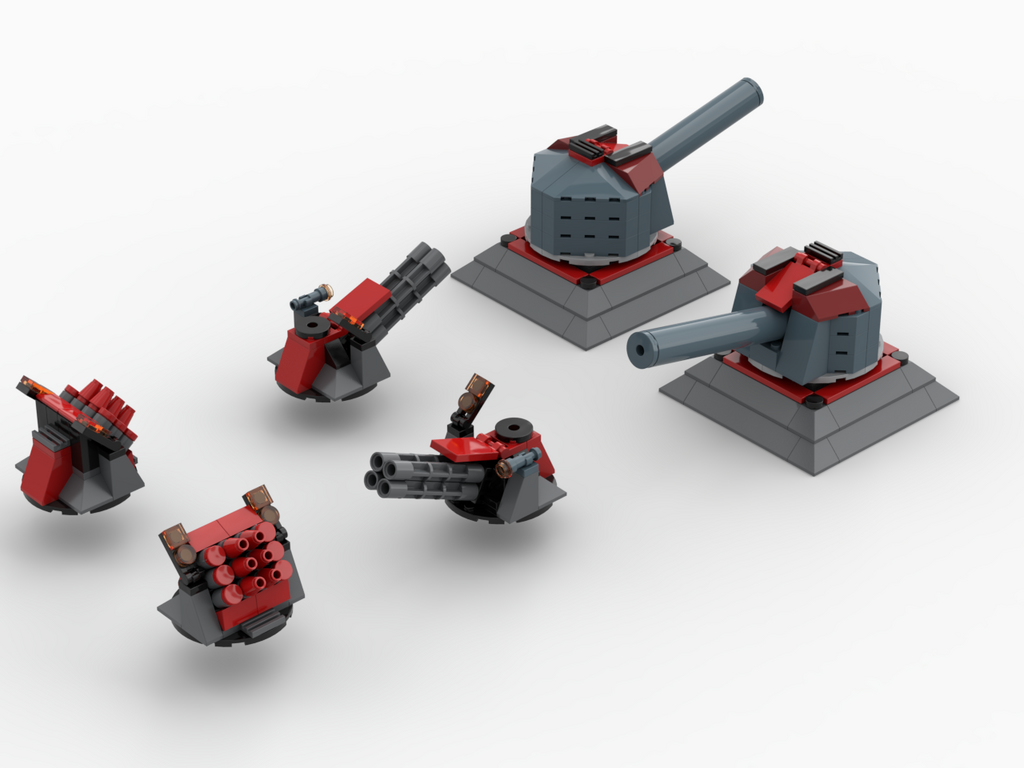 and there you have it, all the things little and large that make this BOCKSY

Corp SHIP one worthy of the Bleak Company's Finest!

I can't wait to get my hands on one of these bad bois!
Bleak Company! COMING SOON TO A PLANET NEAR YOU!!
Top

Awesome, that ship has so much shiny, neat loot on board and it's all easily accessible by ramming through the back door.

Those BT fuel cells are begging to be 'liberated'.
Top

Food_Truk wrote: ↑
Thu Apr 16, 2020 11:43 pm
Awesome, that ship has so much shiny, neat loot on board and it's all easily accessible by ramming through the back door.

Those BT fuel cells are begging to be 'liberated'.

Don't forget! If you're intending on Plying the Pirate trade on the scores of BOCKSY Corp B3 corvettes amoung the stars, consider buying a BOCKSY Corp B3 Corvette of your own to make sure all of the loot you collect is directly compatible with your own ship! Ask your local BOCKSY Corp representative about our Pirate coupons!


Also, I've added our first Success Story in the second post of the thread, the Bleak Company's Very own B3 Variant, the BST B3 Corvette mod: Bleak Triple T! take a look at this uparmmed Troop transport today!
Blown face Cologna

RunsWithLegos wrote: ↑
Fri Apr 17, 2020 4:07 am
consider buying a BOCKSY Corp B3 Corvette of your own to make sure all of the loot you collect is directly compatible with your own ship! Ask your local BOCKSY Corp representative about our Pirate coupons!

Does BOCKSY corporation have an insurance division that offers coverage for losses to piracy as well?
Armies: https://brikwars.com/forums/viewtopic.php?f=17&t=18070

Gorvoslov wrote: ↑
Fri Apr 17, 2020 10:45 am
Does BOCKSY corporation have an insurance division that offers coverage for losses to piracy as well?

How'd you know? It comes bundled with every Purchace of more than three hulls!
Blown face Cologna

Looking good! I'll take one if you don't mind

Faction Name: The Orsator Contingency
Faction Colours: Dark bley, Dark blue, blue
Desired Product: Modified standard template corvette
Requested Customization: I want it to be capable of long-distance journeys and able to hold its own in a fight. It would be nice to have some troop capacity too.
Iran will be the world's Luke Skywalker

Do we have to pay money some way? If so I don't know how that works.

Faction Name: Infinity Empire/ Infinity Corporation
Faction colors: Black
Desired Product: Modified Standard template corvette.
Requested Customization: Weapons storage, a meeting room with a big wood table, extra chainguns and rocket pods. If you can add a big railgun.
The most dangerous enemy you can fight is a man with nothing left to lose

And a storage for kegs of maniac beer,
The most dangerous enemy you can fight is a man with nothing left to lose

Do you want to get raided? Because that's how you get raided.
Top

I'll use it to power the engines so i can outrun the raiders. Or offer them PT maniac beer.
The most dangerous enemy you can fight is a man with nothing left to lose