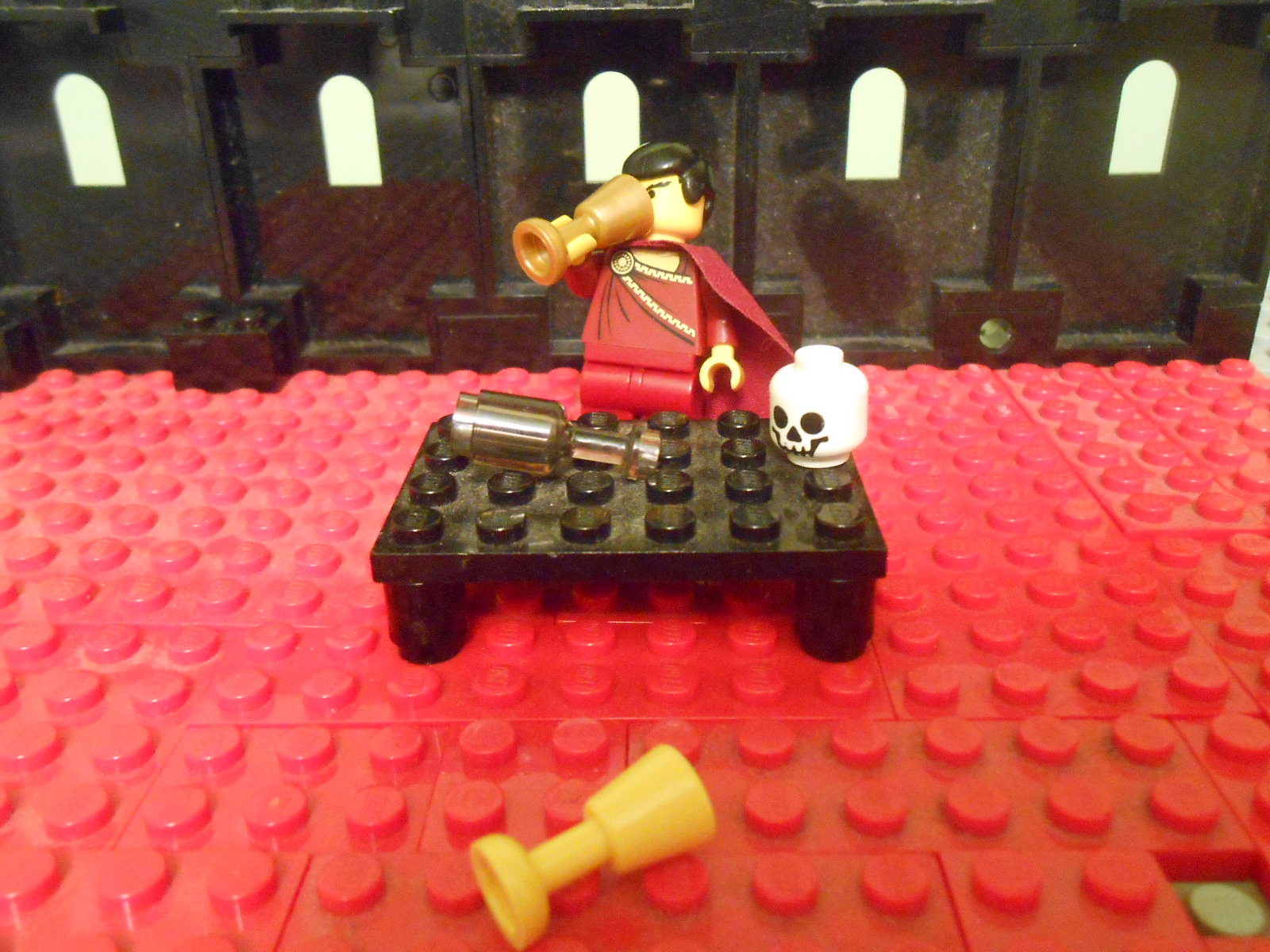 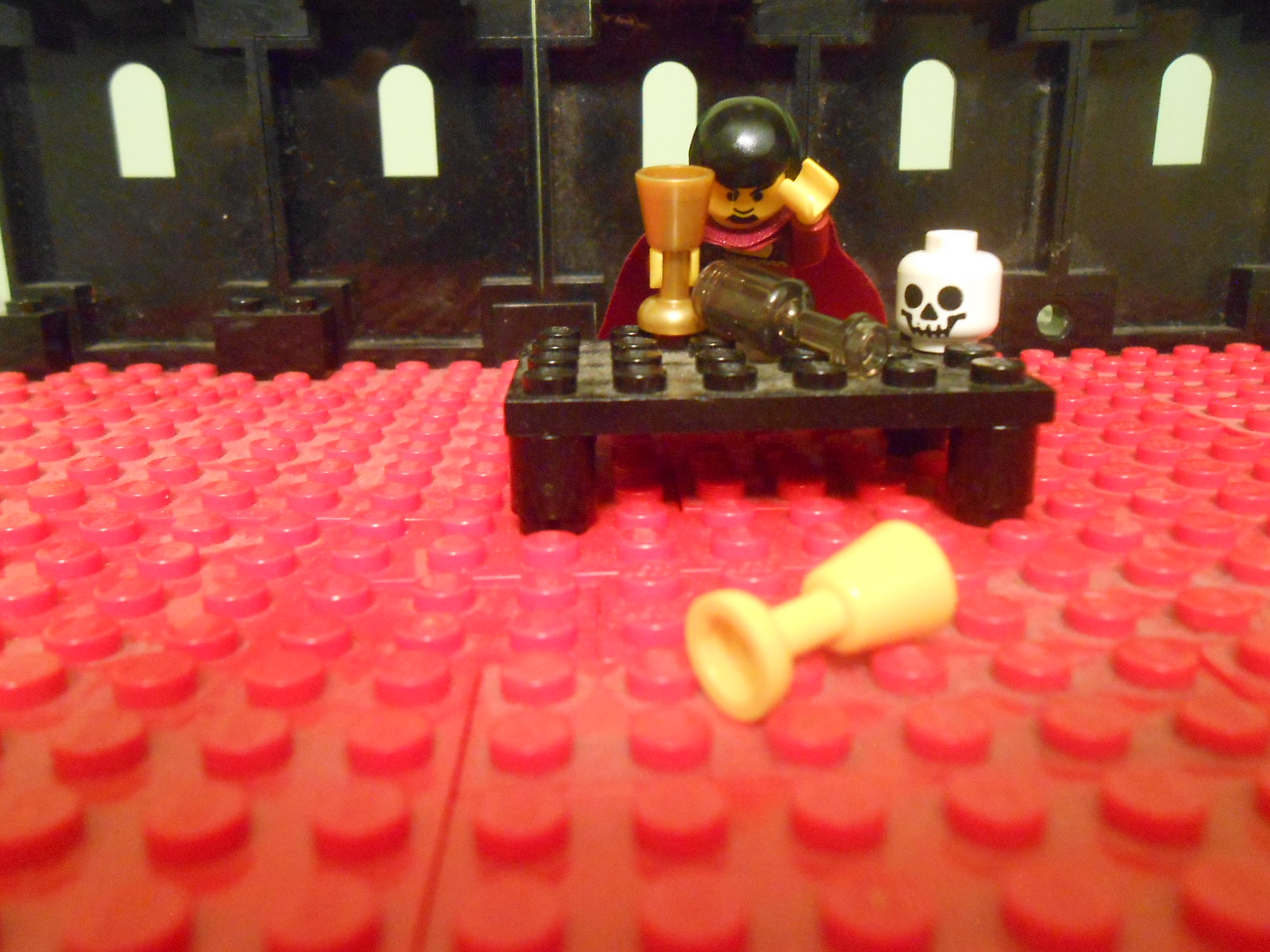 Varius: "How am I going to get rid of these crusaders?" 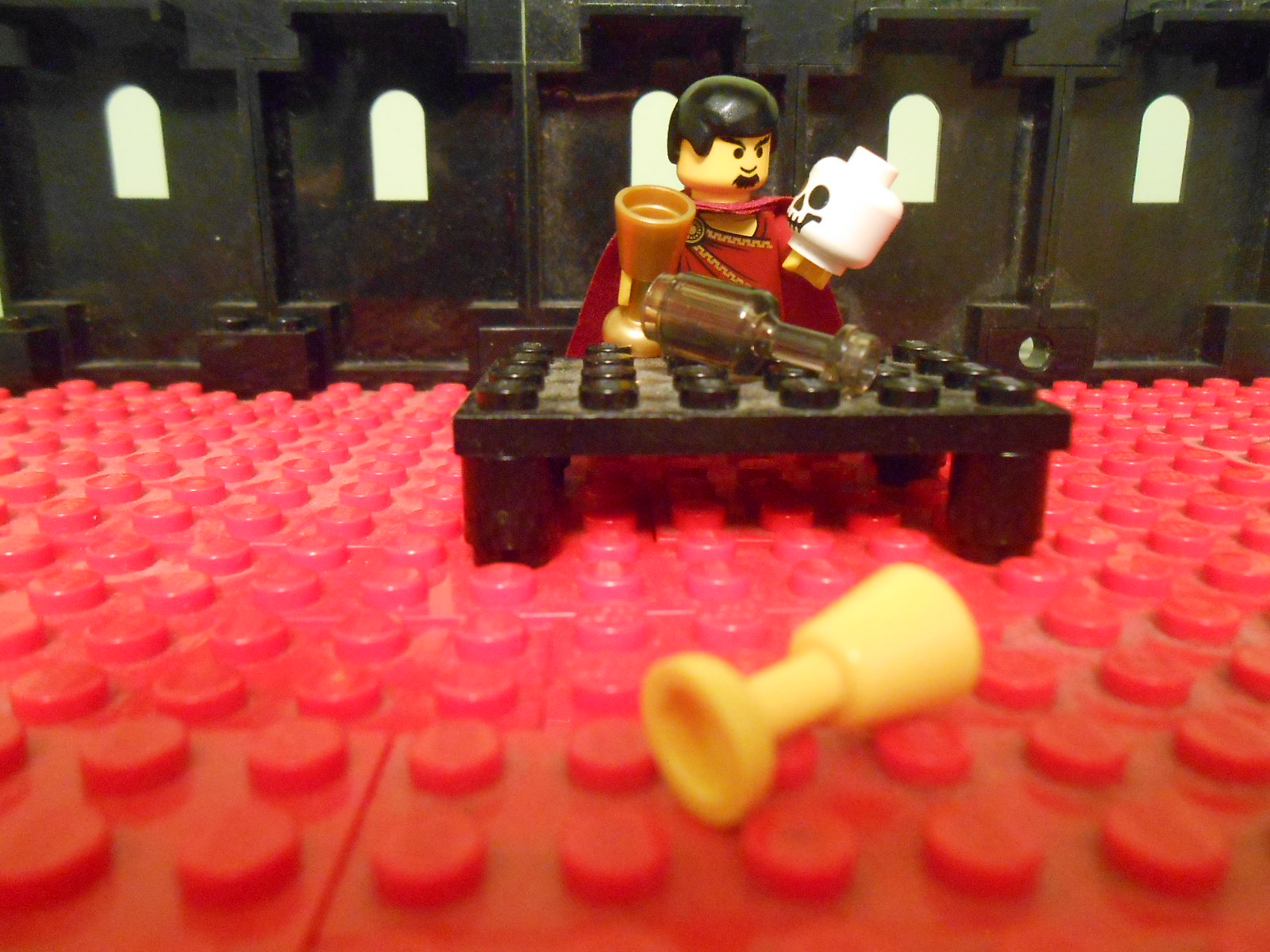 Varius: "Do you know what to do, skull?"

Varius (pretending to be the voice of the skull): "Why would I? I'm just a brainless skull. If I had any good plans I wouldn't be sitting on your table in this sad state, would I?" 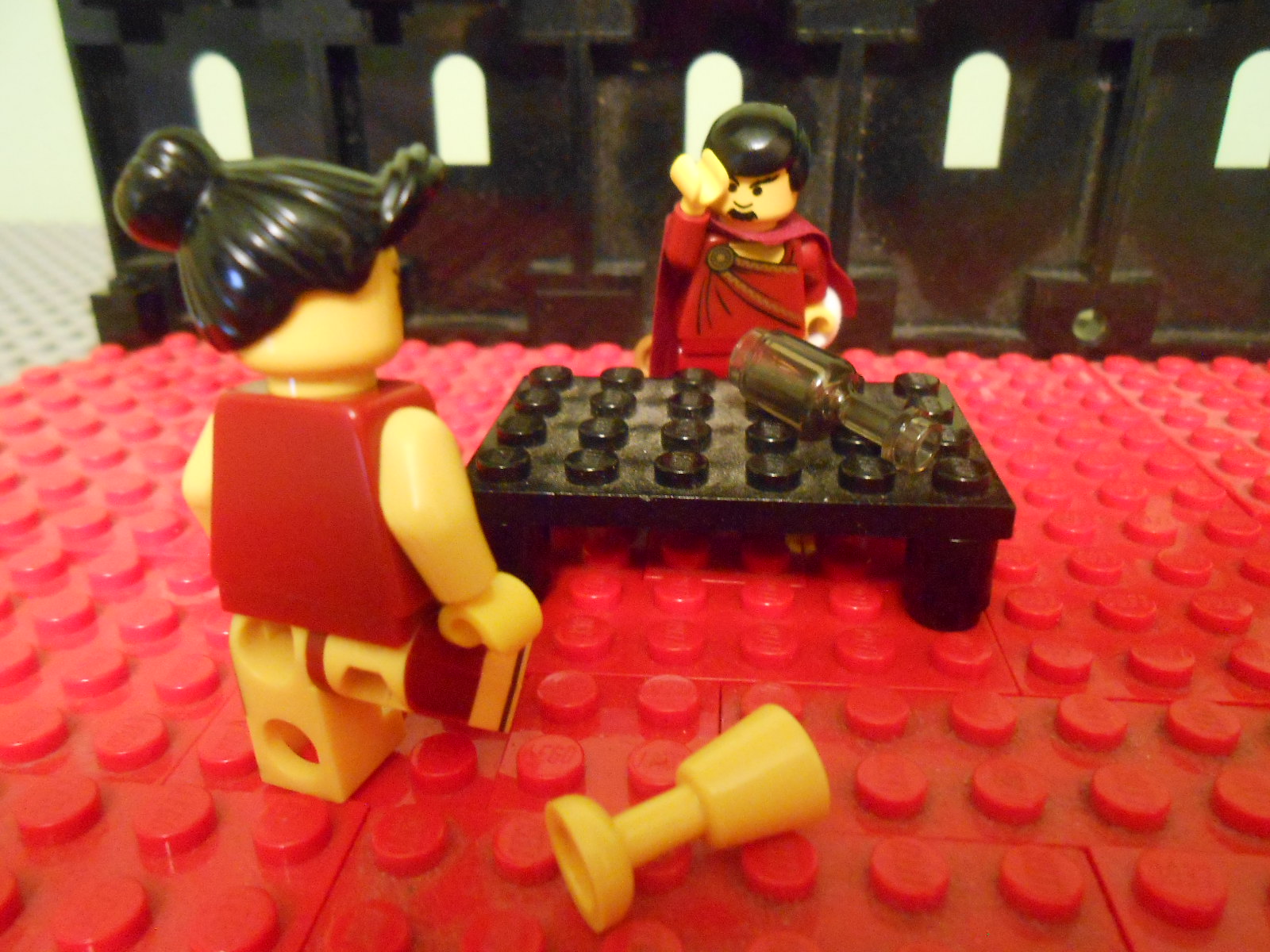 Ximena: "Sir, were you speaking to that skull again?"

Ximena: "Then why did you have your hand inside it and were you moving its jaw like it was talking?" 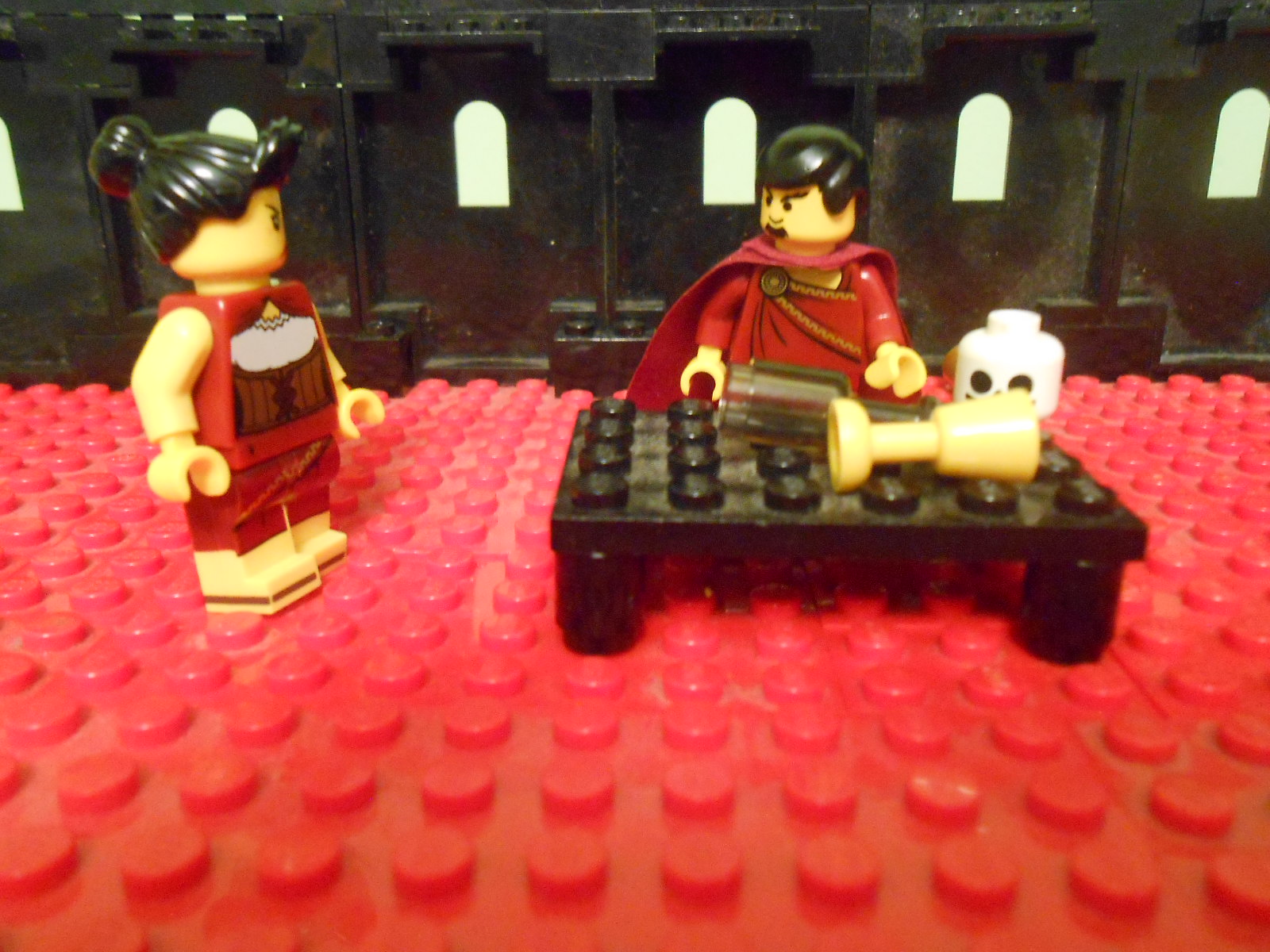 Ximena: *sigh* "Oh well. I just came back from the desert."

Varius: "Wonderful! Have you rounded up all of the barbarians?"

Ximena: "No, quite the opposite really. I lost all of my men, and got close to dying myself. Magio is dead, too. The Bulls and Kingdom were working together!" 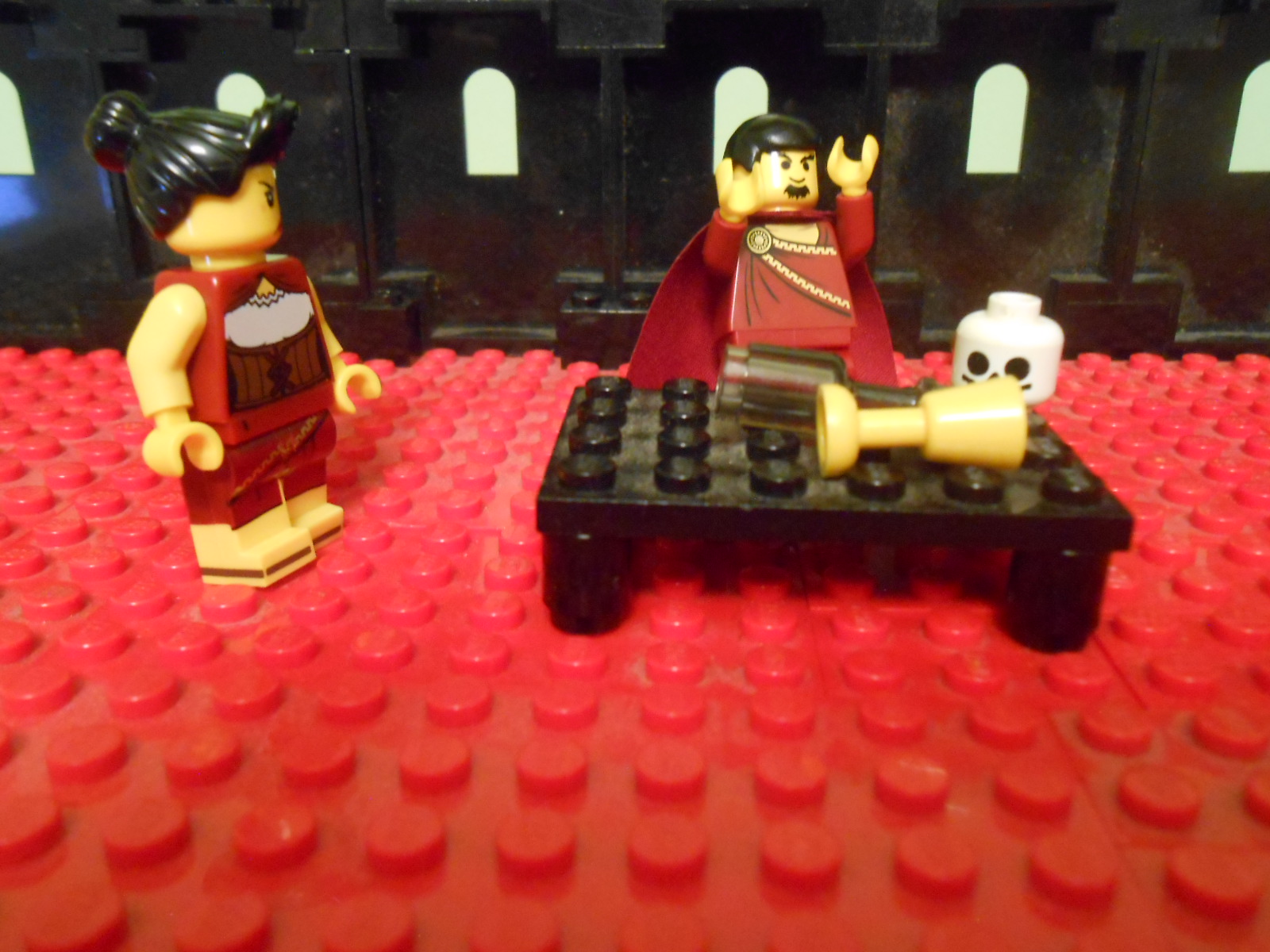 Varius: "AHH! I knew this would happen! Soon they'll make a full-blown alliance and turn the natives against us as well! Without Croses and Augusta, our forces are disorganized, but with them in charge I'll lose influence, and they'll eventually depose of me for sure! If I petition for aid, I'll be blamed for this mess and whoever the Senate sends to deal with it will replace me!"

Ximena: "There is some good news. Lucia was able to capture several high-ranking members of the crusade. We may be able to use them as leverage."

Varius: "Lucia...? Send for her immediately!" 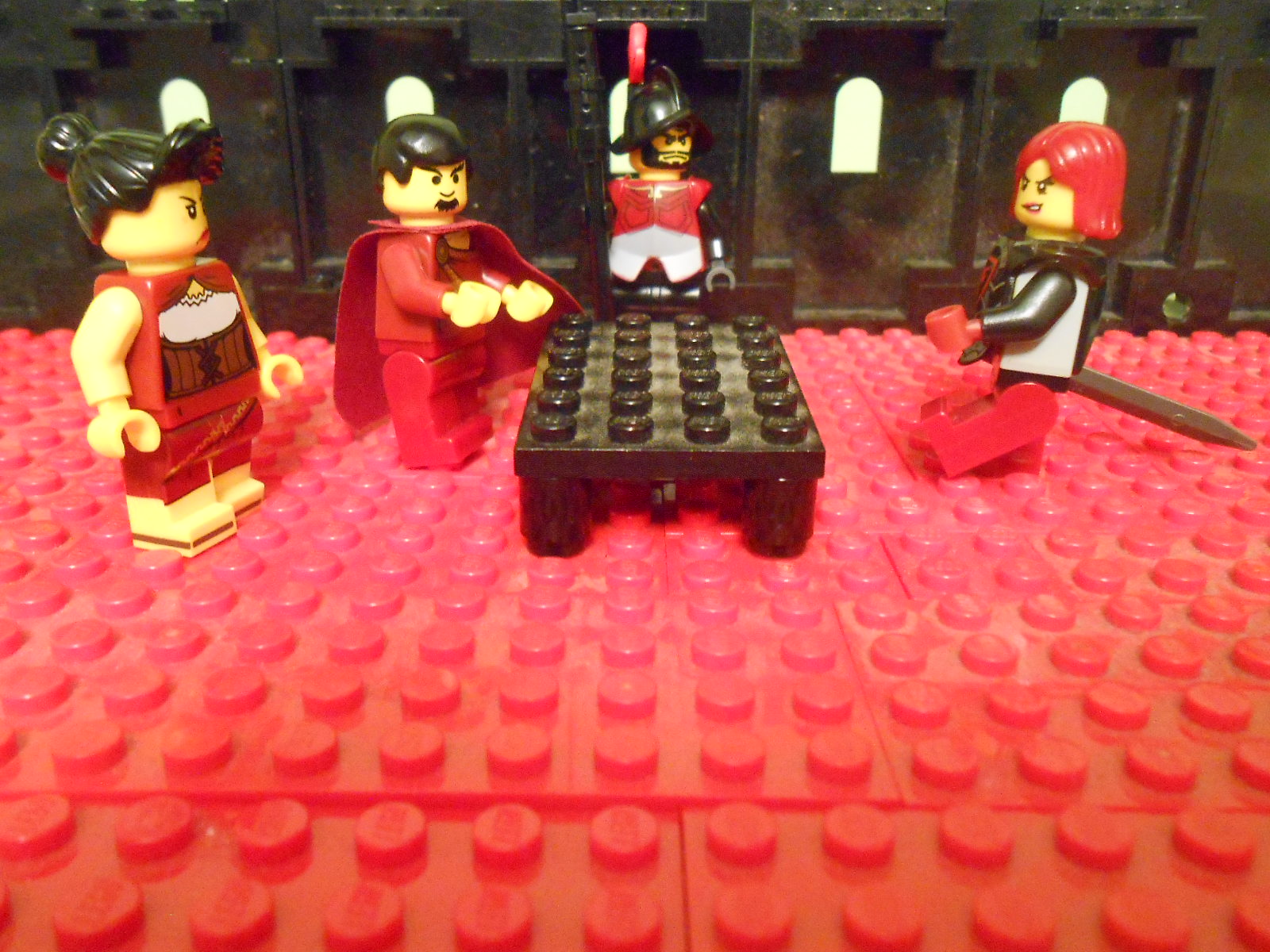 Lucia: "Hah! Governor Varius! If you want me to lead your armies for you, the answer is no! I saw what happened to poor Magio!"

Varius: "This isn't about that."

Lucia: "And Ximena! I heard you had a fun little dance with the barbarians?"

Varius: "This is about the prisoners you took."

Lucia: "Yes, my prisoners. They're my insurance against these crusaders, and I'm not giving them up!" 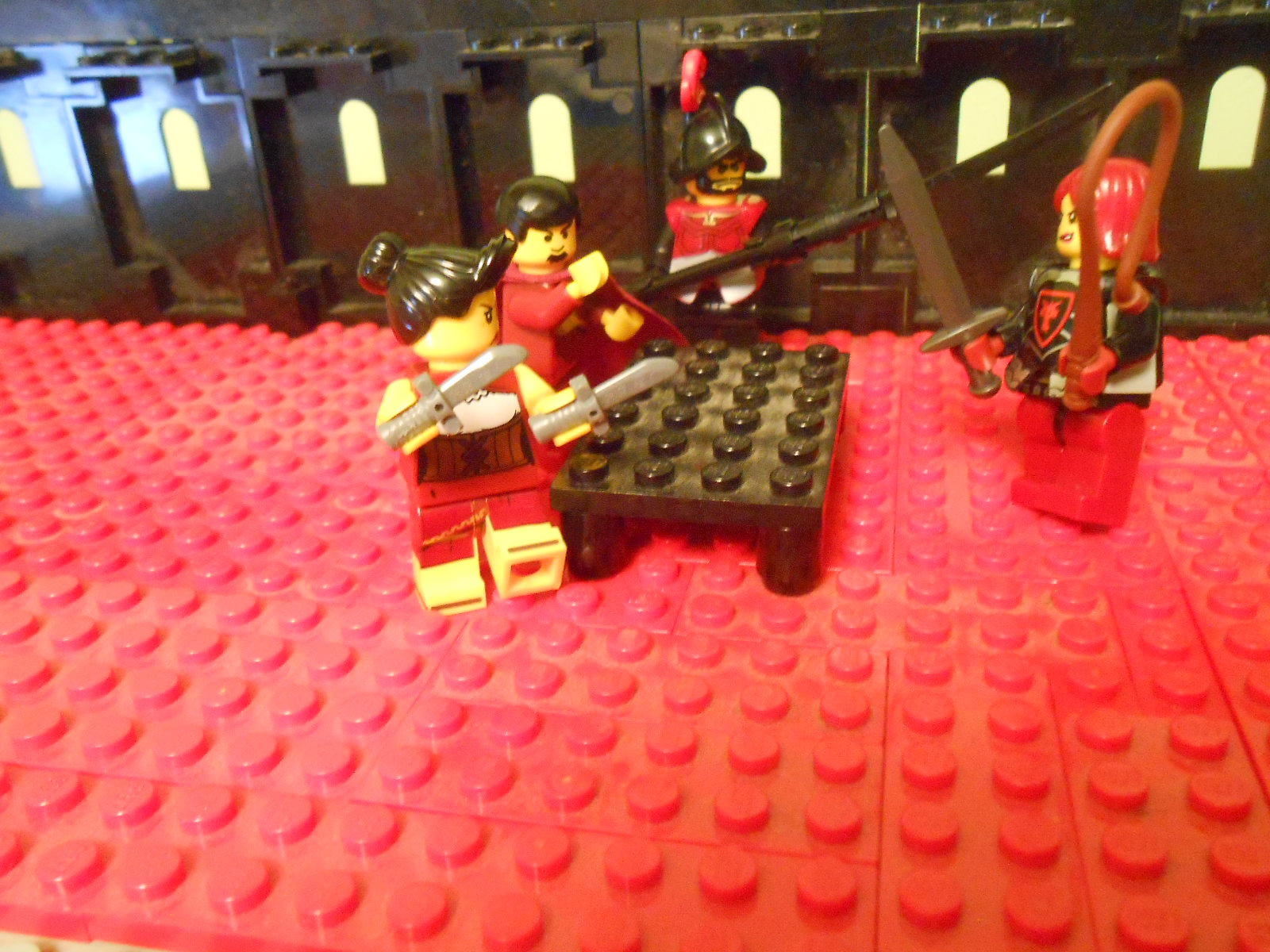 Ximena: "We could take them if we wanted to!"

Lucia: "Hah! Don't kid yourself, serving girl. I'd sooner kill you both and take control of Estius myself!"

Varius: "Both of you stop! Lucia, even if you took control, and even if you defeated the crusaders, you wouldn't last long once the Republic discovers your treason!" 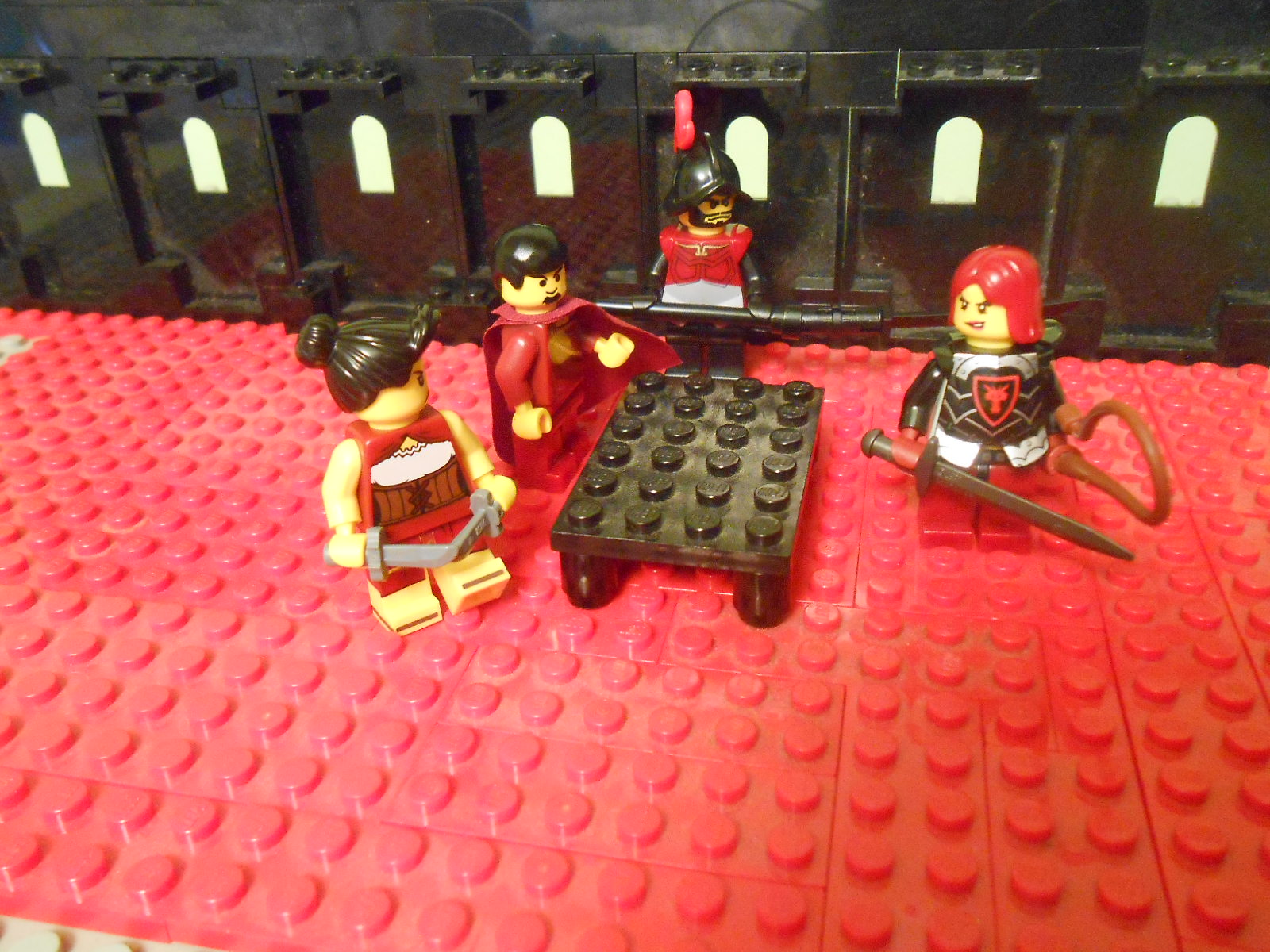 Lucia: "Heh. I suppose. What if we set up a fake prisoner exchange and used it to ambush their leaders?"

Ximena: "The outlanders are too smart to think they can take on the entire Republic conventionally. They must have a plan, and we should find out what that is." 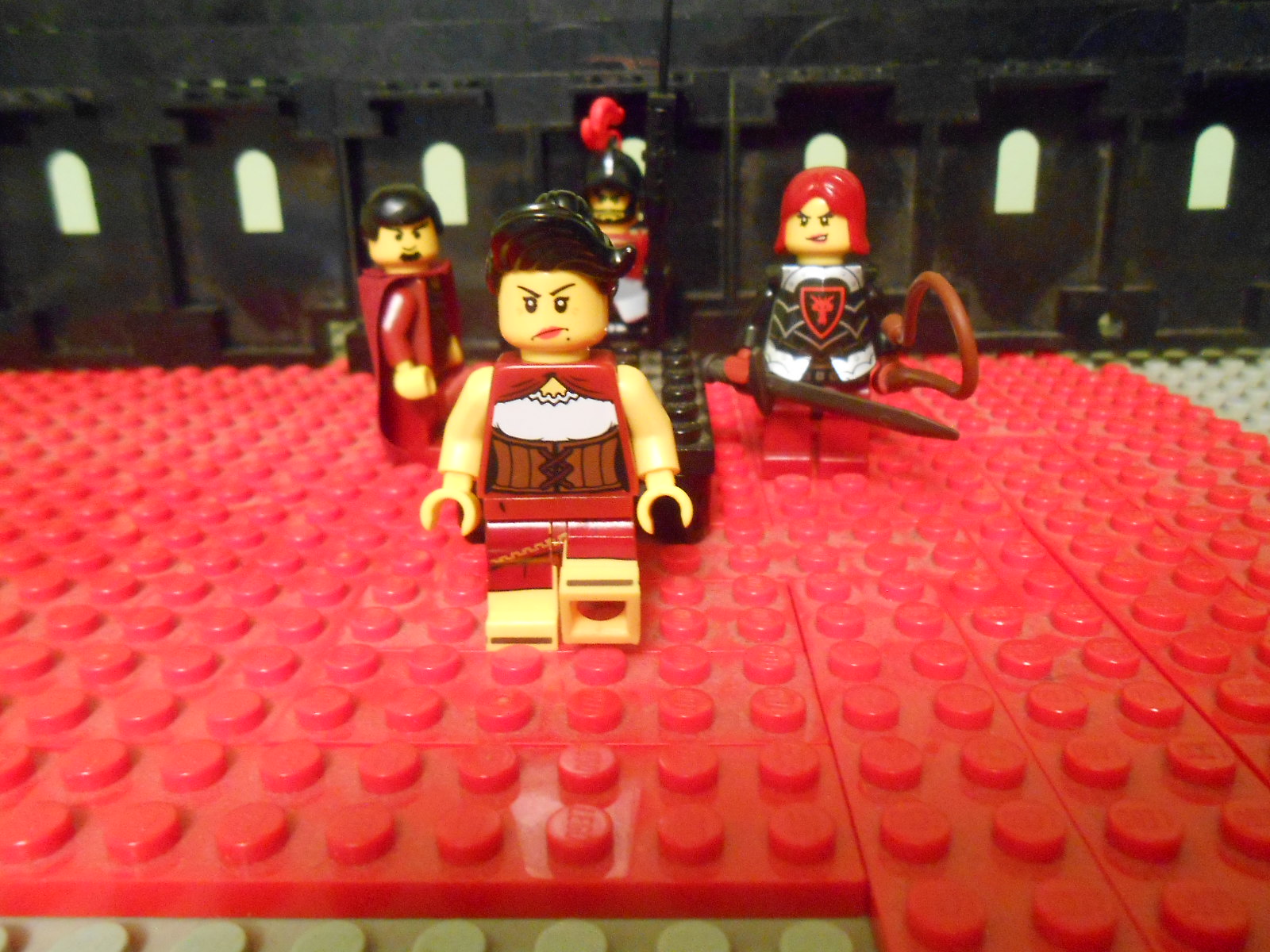 Ximena: "Okay... I will find out what that is."
Fantasy battles - Scifi battles 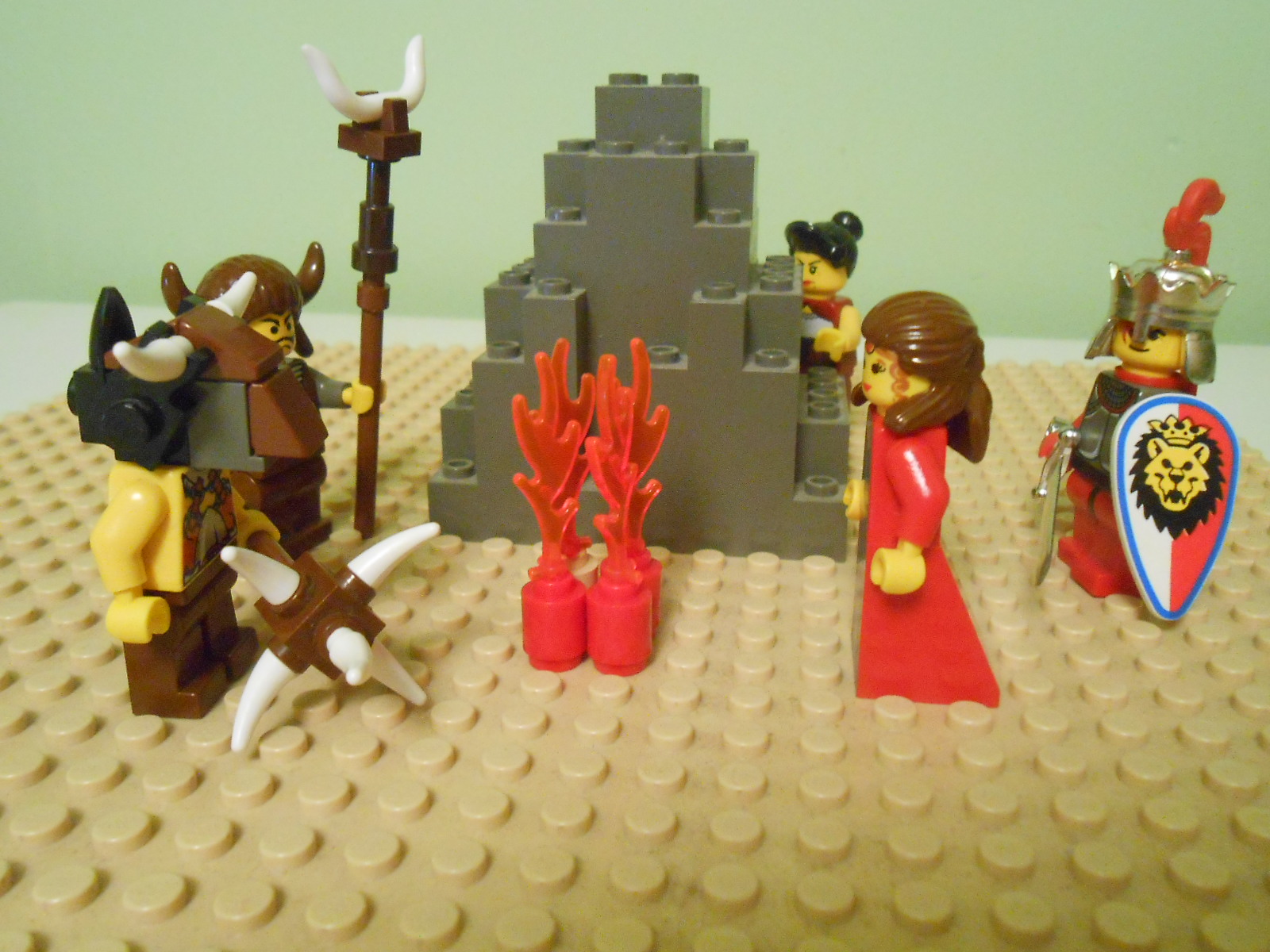 Queen Lara: "What do you want here, minotaur?"

Nazlam: "I want to deliver a warning... The Bull God showed me a vision, of our people getting slaughtered on a green field, under a blue banner... This world is all sand, and the enemy banners are red, not blue. If someone is slaughtering the Bulls, your subjects, in Westeron, then you have enemies there."

Queen Lara: "And why should that concern you? You fought them and left them behind because they didn't share your bloodthirsty ways, remember?"

Nazlam: "Yes, but living in this desolate place, and allying with your forces against the Falx has changed us. It is in the Bulls' nature to fight, but we shouldn't fight everyone all the time. We long for home, and to be reunited with our brothers."

Queen Lara: "You assume I can help you with that, but the way home is barred. Someone tampered with the portal and shut it behind us while we were crossing over into this realm!"

Nazlam: "All the more reason to believe you have enemies in Westeron!"

Queen Lara: "Yes, I realized that." 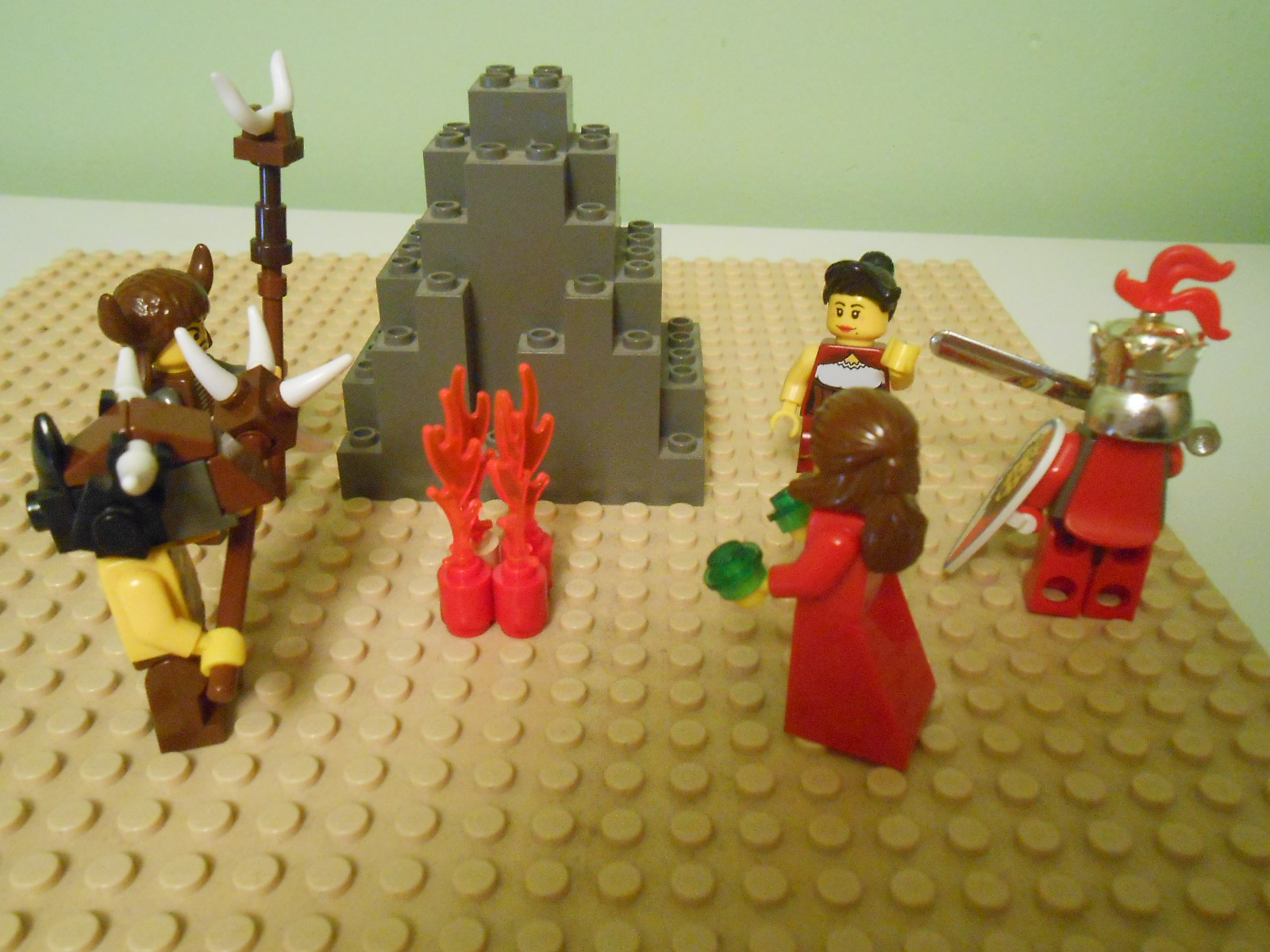 Ximena: "Excuse me, I couldn't help but overhear your conversation."

Nazlam: "She is that corrupt governor's little bootlicker! Don't believe a word she says!"

Ximena: "It already seems the queen is ready to extend some trust to her enemies, doesn't it?"

Queen Lara: "Say what you have to say, Falx."

Ximena: "You wish to go home, and we wish you gone. Our interests align. But you will require a portal, and I could give you the location of one." 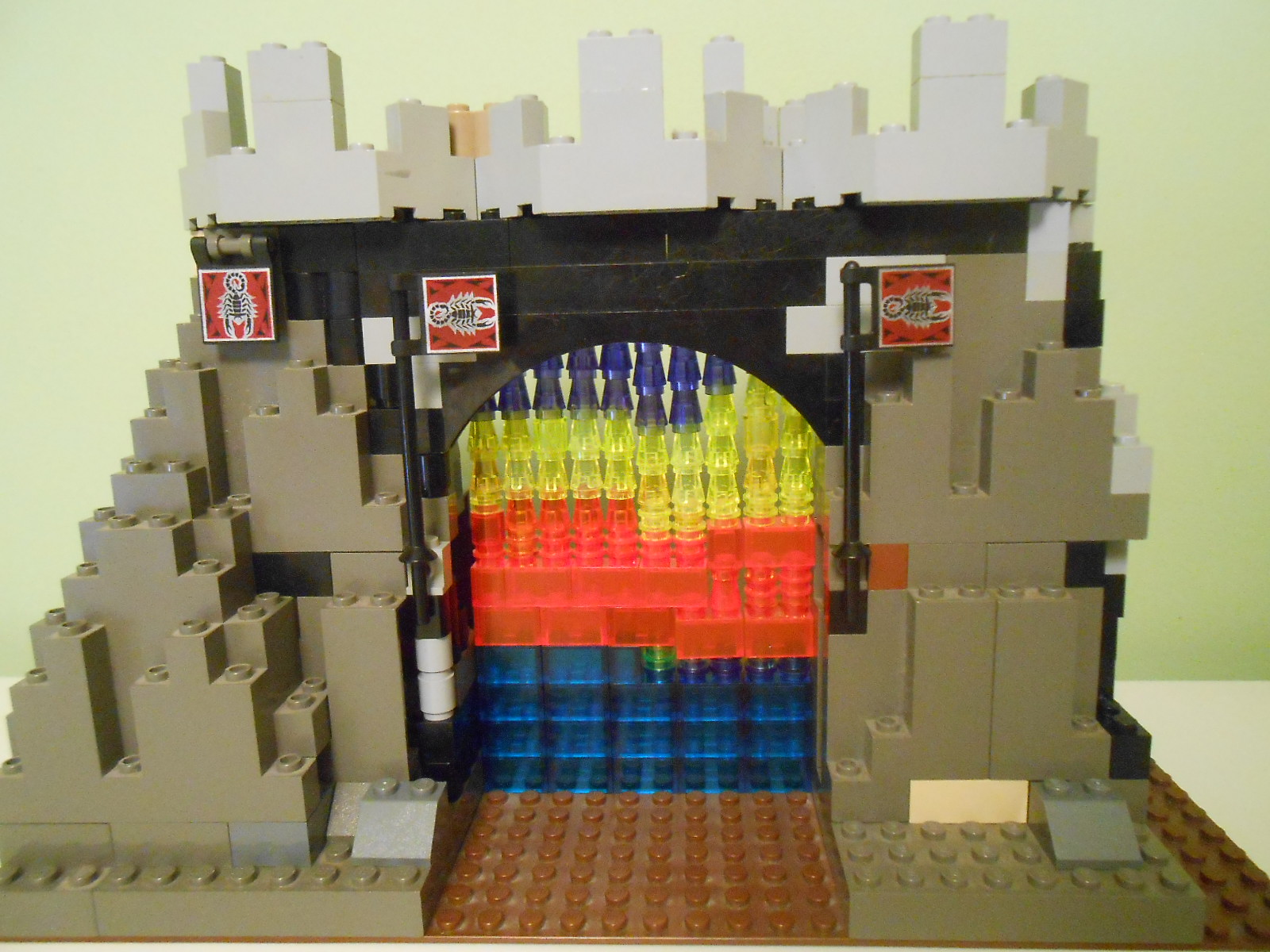 Ximena: "There is a portal fortress to the south which connects Estius to the core Falx worlds. A mage of your talents could... repurpose it, and use it to travel home." 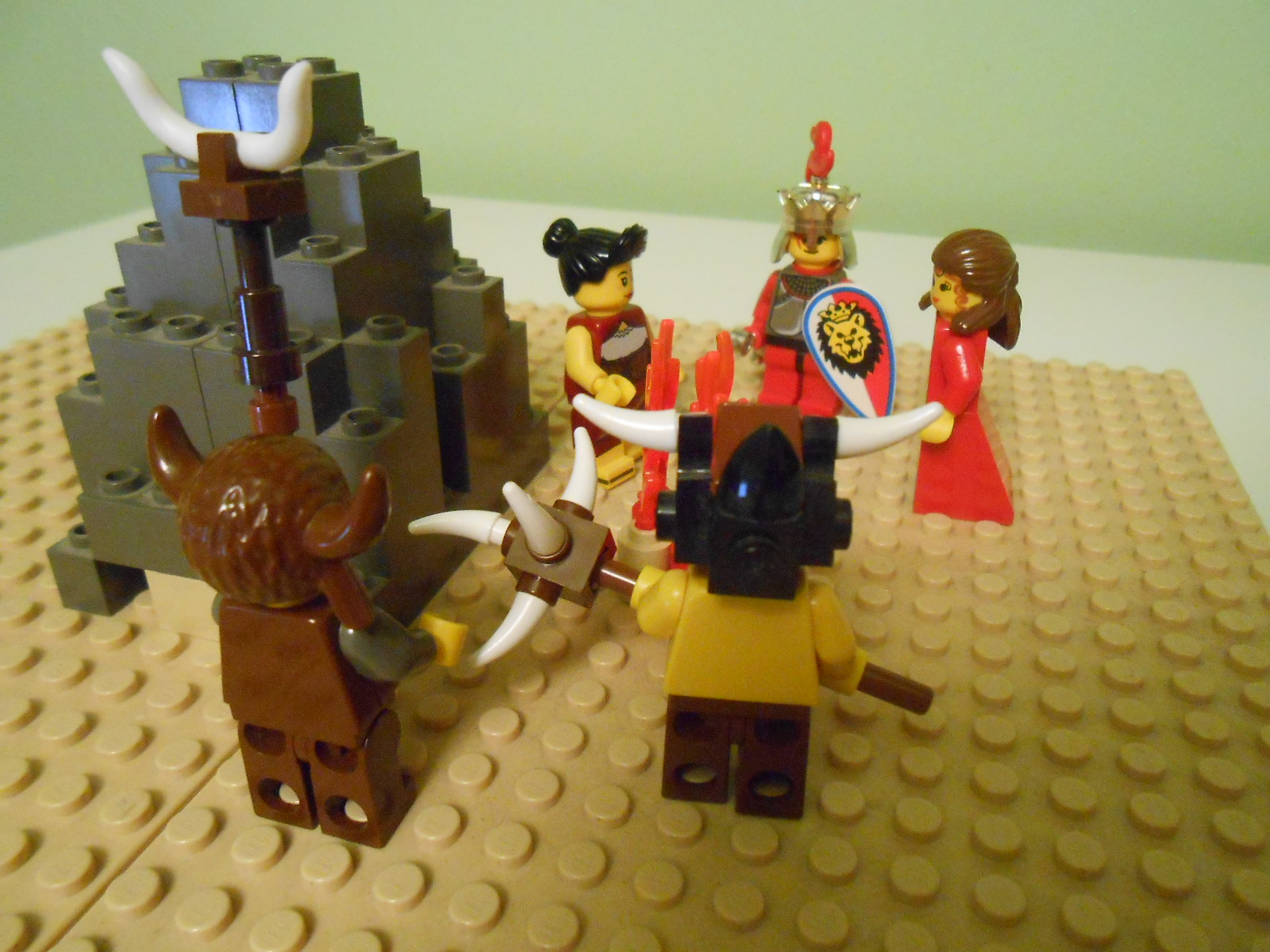 Queen Lara: "Why would you tell me this? It would look bad for you and your governor if you lost control of such an important asset. You'd surely face retribution."

Ximena: "The Senate would have a hard time punishing us when they're totally cut off from this world... There is a spell that the Summoners use to drain worlds of magic. In a world without magic, portals would not be able to be built or exist. If you ushered your forces through the portal and finished siphoning the magic from this world right after, you would seal the path behind you."

Queen Lara: "... and by draining the magic of this world, I would have enough power to transport an entire army, even without a working portal on the other side. Ironic. This was my plan for this crusade from the very start."

Ximena: "Exactly. Allow me to draw a map of the portal fortress' location." 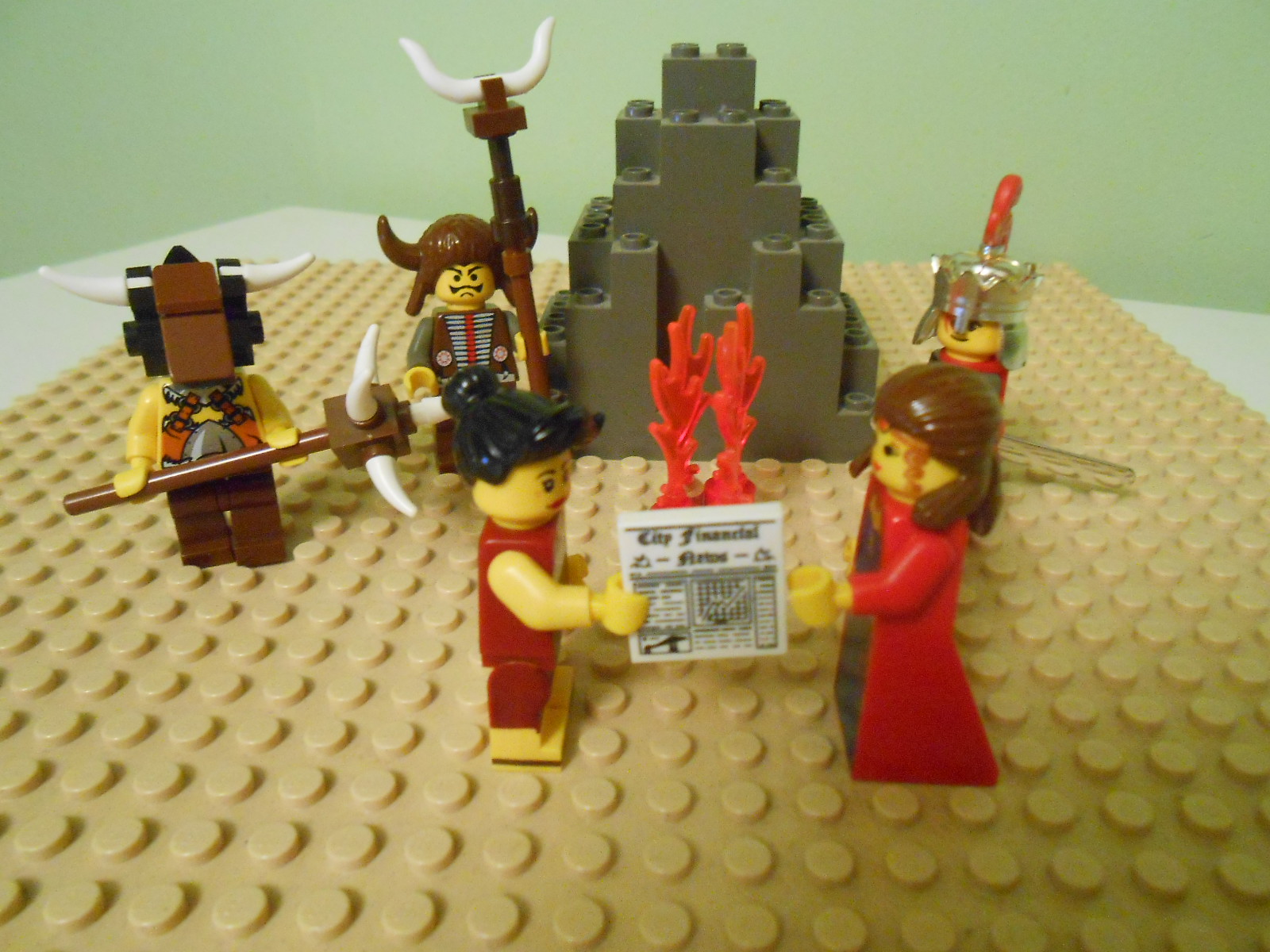 Ximena: "Here. Remember, just because you have the Governor's support doesn't mean our forces won't try to stop you, though. If you stage some diversions he can deploy troops, but he doesn't have full control of the military. Telling them to abandon the portal is not something he can do, so you will have to deal with the garrison. Once they realize what you're doing, the legions will also converge upon you."

Queen Lara: "I'd expect no less. One issue remains. I'm not leaving here without the prisoners you took."

Ximena: "Ahh. Well, I wanted to have them delivered to you as a sign of our good will, but the commander who captured them doesn't want to give them up."

Queen Lara: "I see. Lucia is her name, right? I will write a letter to her, which you shall deliver for me." 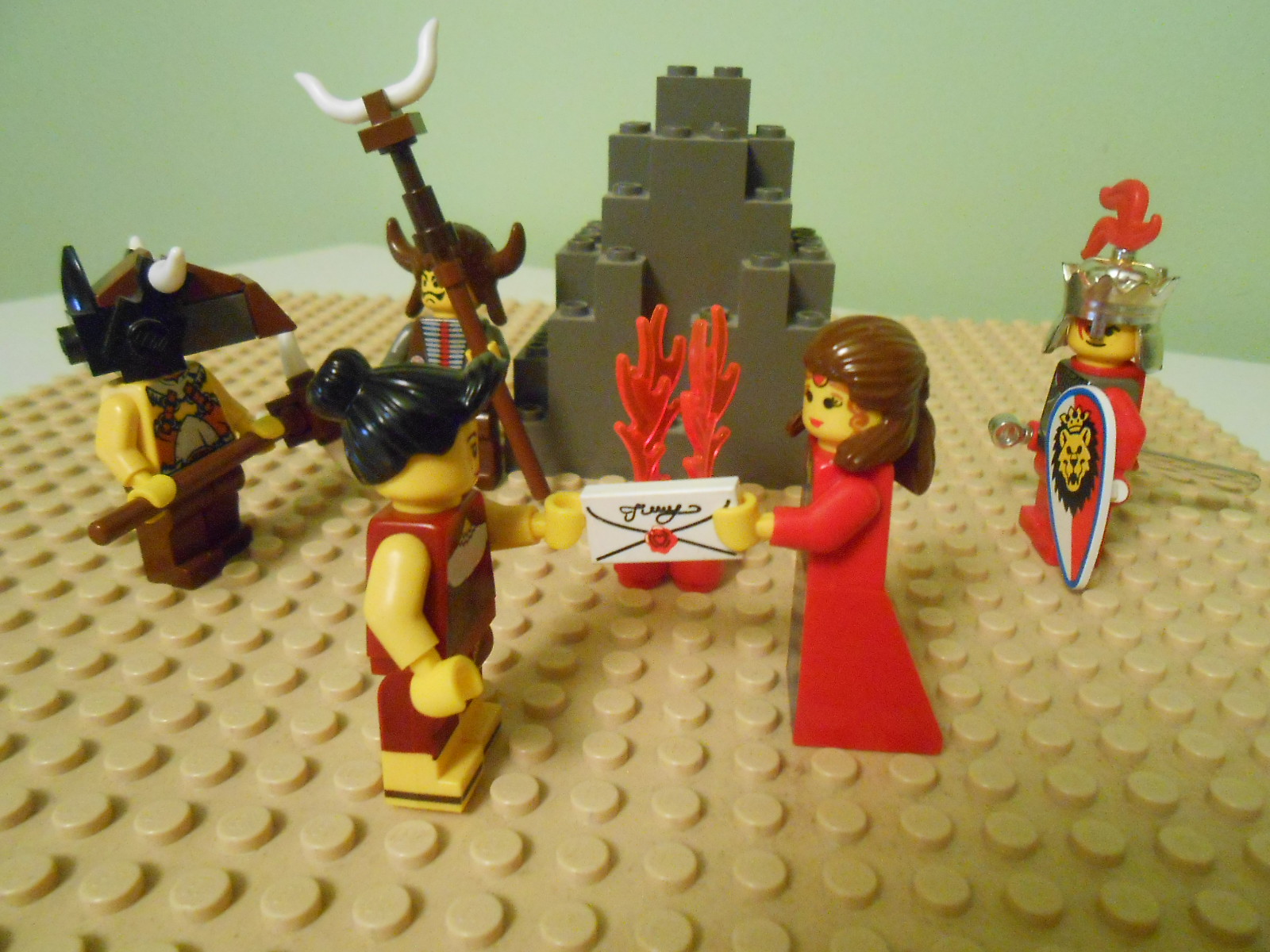 Queen Lara: "Here. Remember, if I don't have the prisoners, our deal cannot go through."

Ximena: "I will deliver your message, but I can't make any promises as to Lucia's decision."

Queen Lara: "I am sure she will find the contents of this message to be very persuasive."

Ximena: "I hope so for both our sakes." 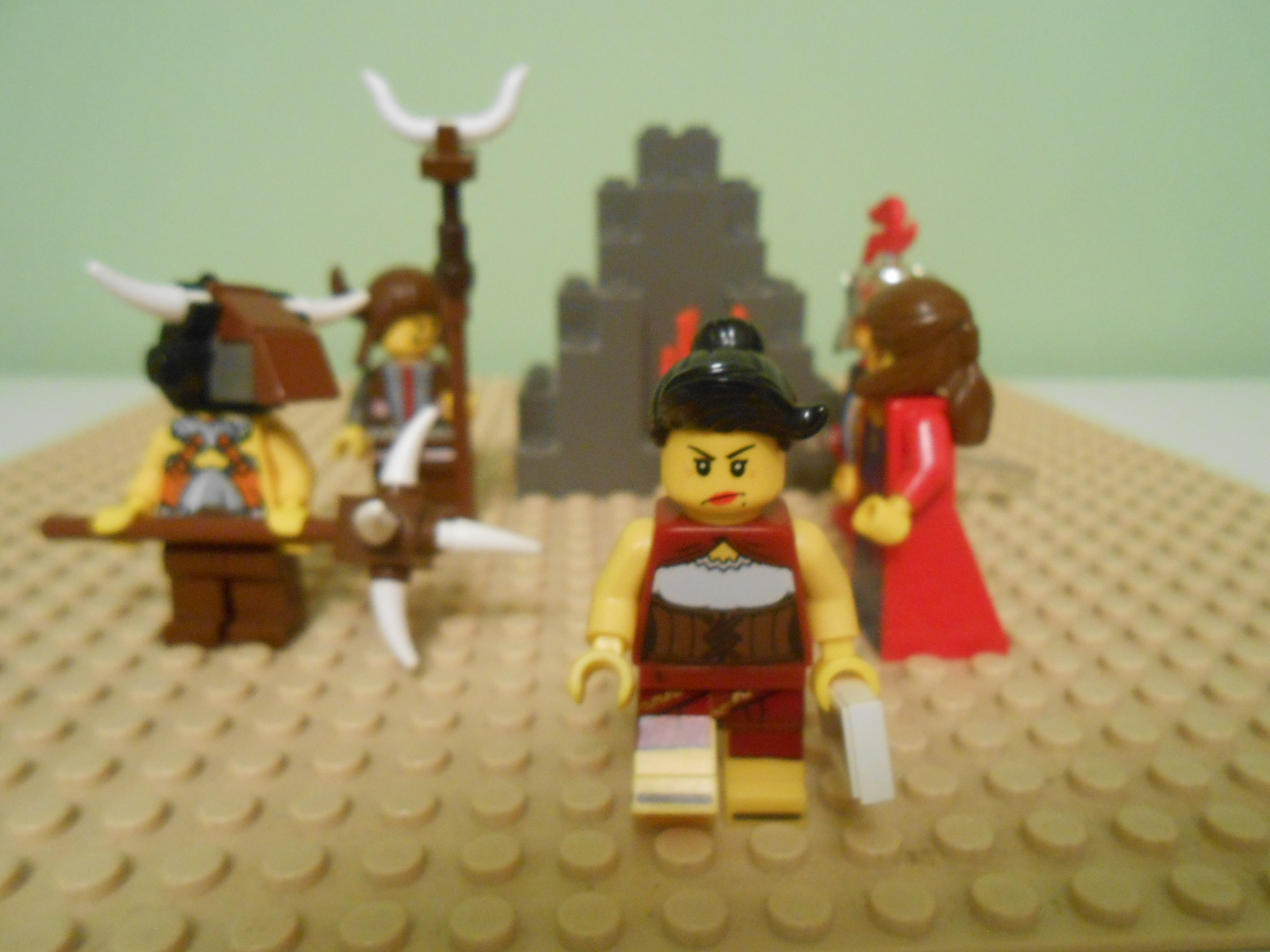