Army of JAM: The Comrade's Mantle 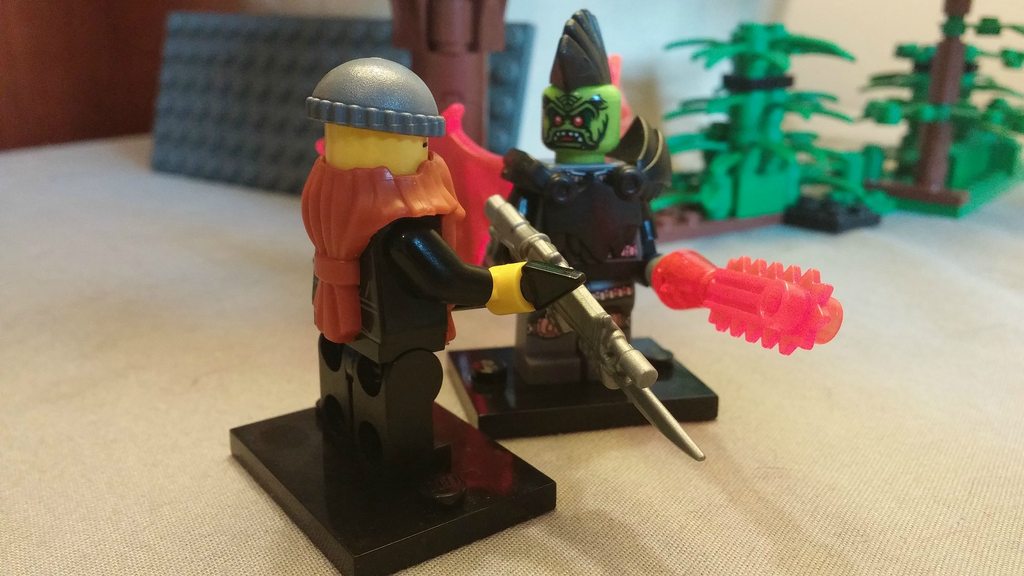 Comrade JAM: Billy, I know I sound sappy and I know people probably are unsure of me because all the old JAM's were basically varying degrees of cruel, but I pledge to be a great leader based on my positive reinforcement and my ability to connect with the average soldier.

Comrade JAM: And thanks for coming with me man, you standing by me means a lot.

Billy Gibbons: It's no trouble. It's the least a blues man can do. 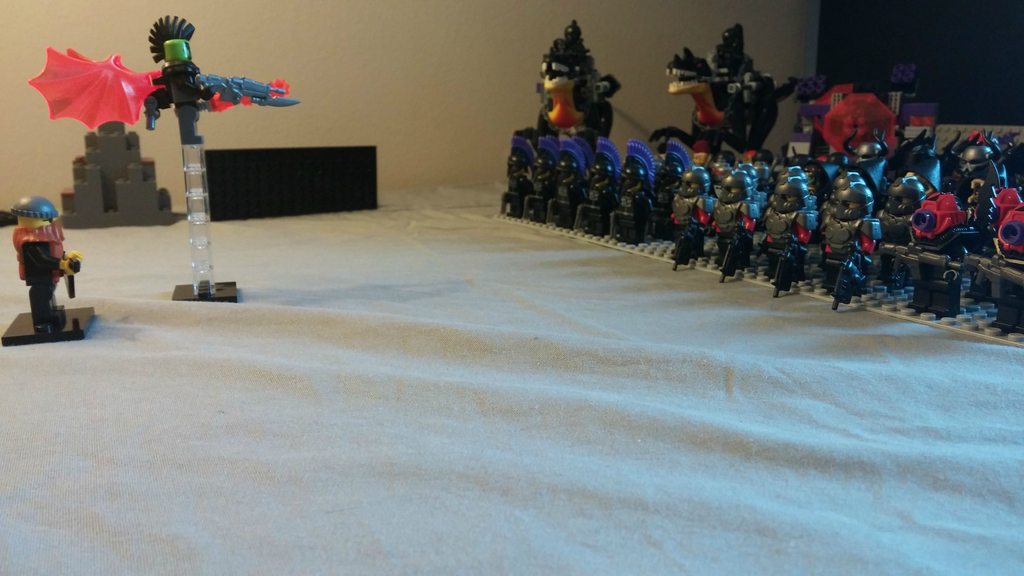 Comrade JAM: Troops, thank you all for joining me, I know there are a lot of other things you could be doing right now, so I'm glad you're joining me and I'm glad for your service, I thank you for your sacrifices over the years, and I thank you for your continued support and for your commitment to excellence. The Army of JAM has become a feared and respected force in the Brikverse thanks to all your efforts. This has nothing to do with any of the JAMs and all to do with your savagery and successes on the battlefield. 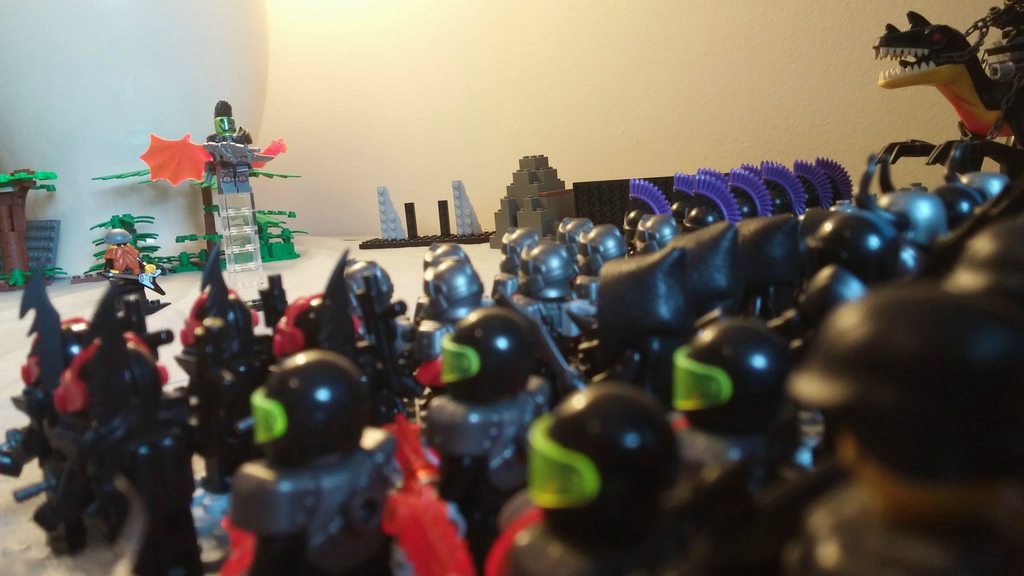 Comrade JAM: I don't want to keep you here all day, the main purpose of this assembly is to announce a glorious battle royale for the position of General in the Army of JAM. I have many officers and seem to have an opening for a General. I have also decided that we should be embracing our Brikthulic ways... so we shall have this contest in his name. All hail the bringer of Chaos, the most unholiest of the unholy, Brikthulu! 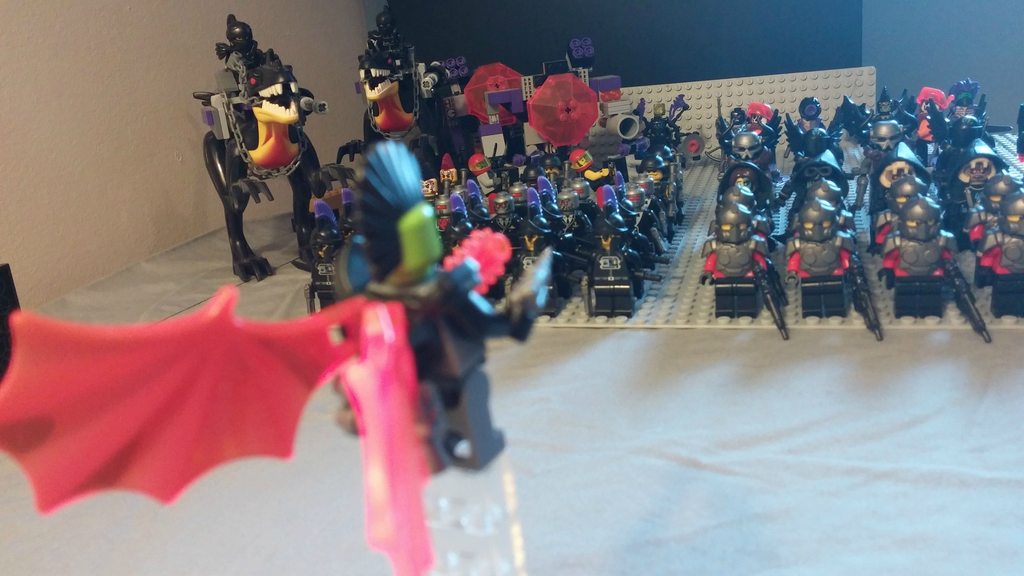 Comrade JAM: I've decided to open this contest up to outside interests too, in order to patch up alliances and work on new ones.... 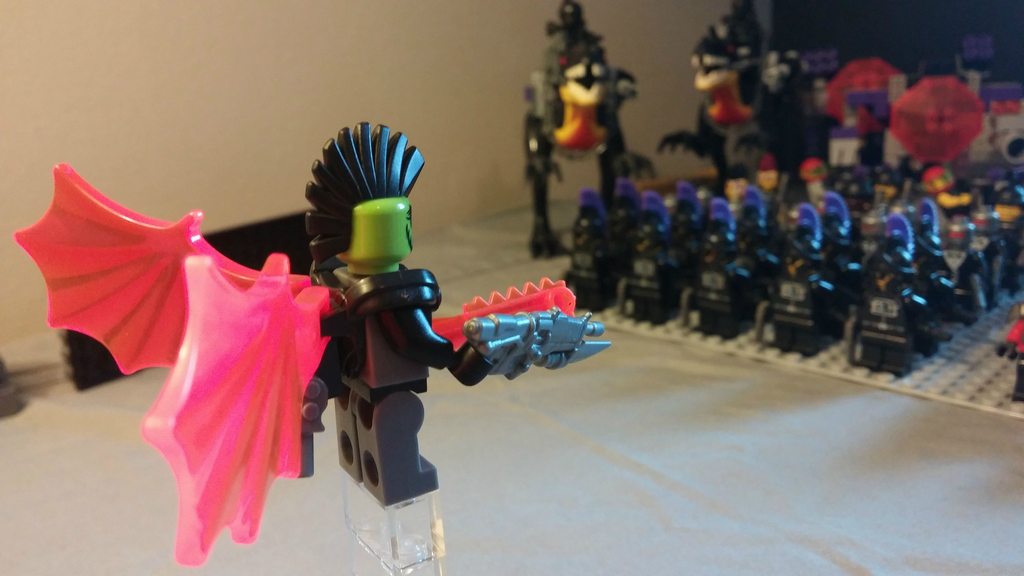 Comrade JAM: This contest is very important to me, I feel combat is the best deciding factor for this type of thing. The only type of General I want to serve under me is one who can think quick in the heat of battle. 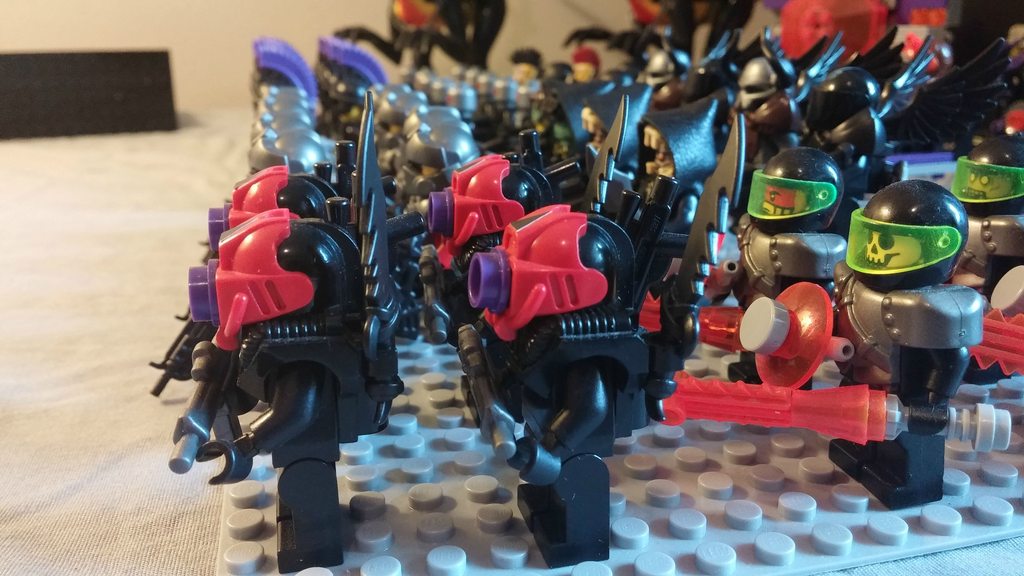 The troops listened intently, they couldn't help but be impressed by how genuine he appeared to be. Comrade JAM called for his officers to step forward. 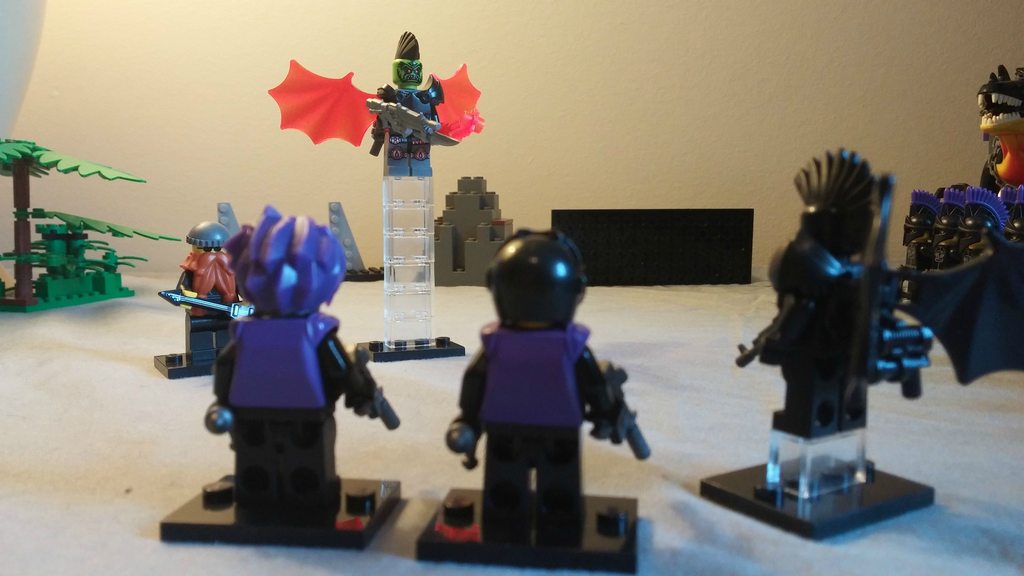 Comrade JAM: Thanks for being here, thank you for your service, each of you would make excellent Generals but there is only room for one.

Suddenly a man in a black cowboy hat stepped out. 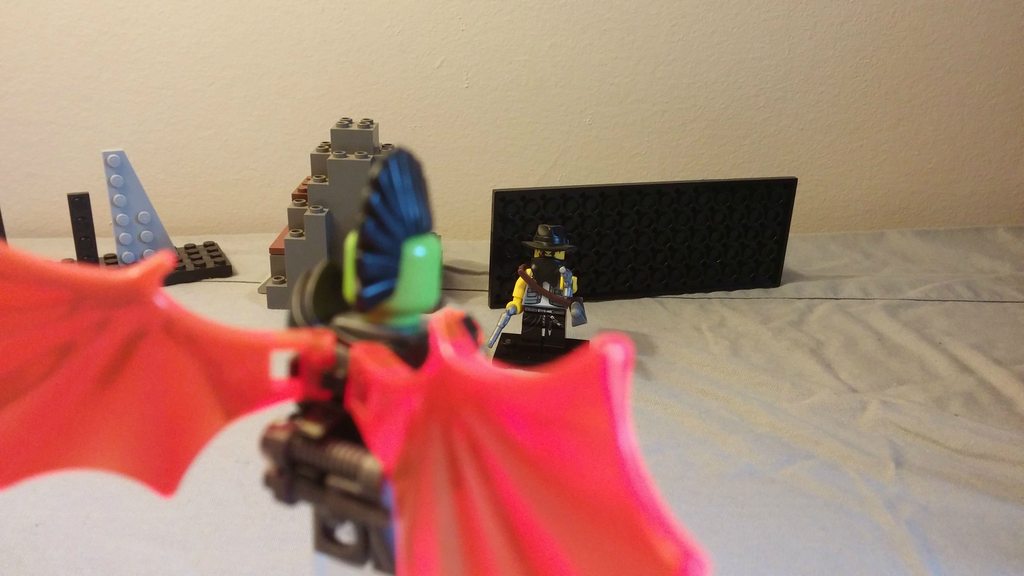 Jonah Hex: Is there room for me? 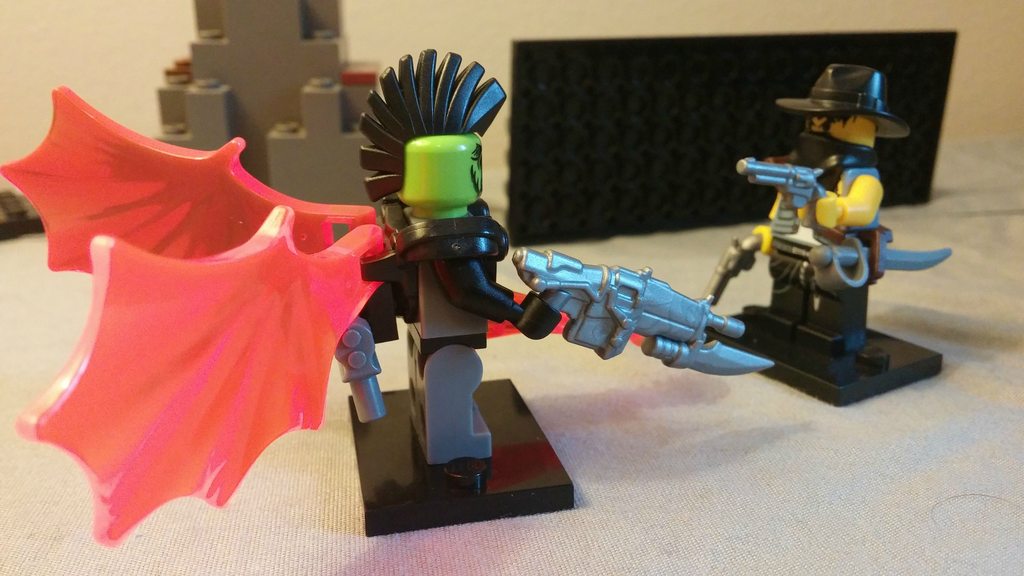 Comrade JAM: You proved yourself in battle time and time again, but you defected, an offence punishable by death. I understand your reasons though. I will allow you to participate in this contest. 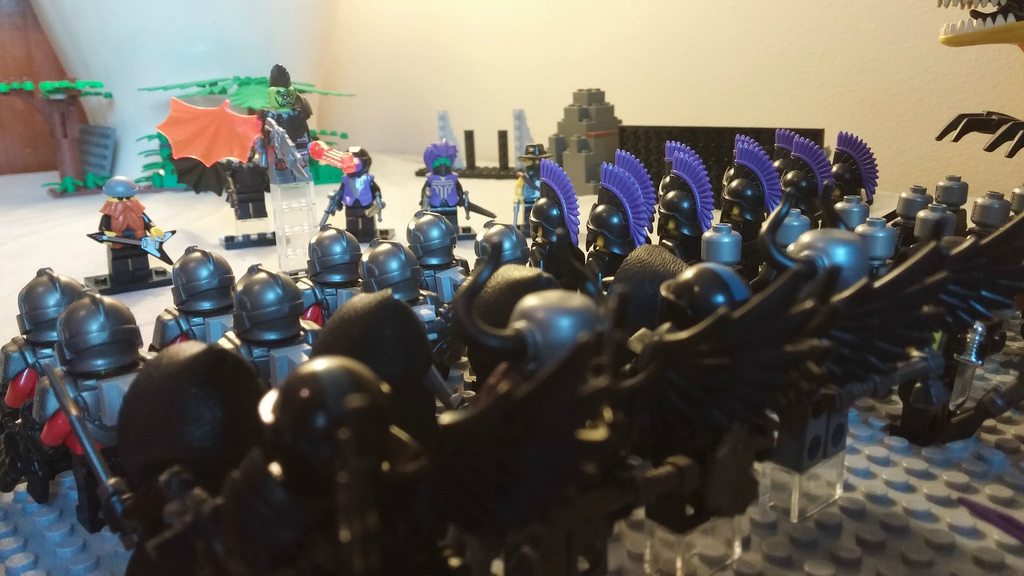 Comrade JAM: Alright, I don't really think there's much more to go over. Thank you all for coming out, wish good luck to our contestants. 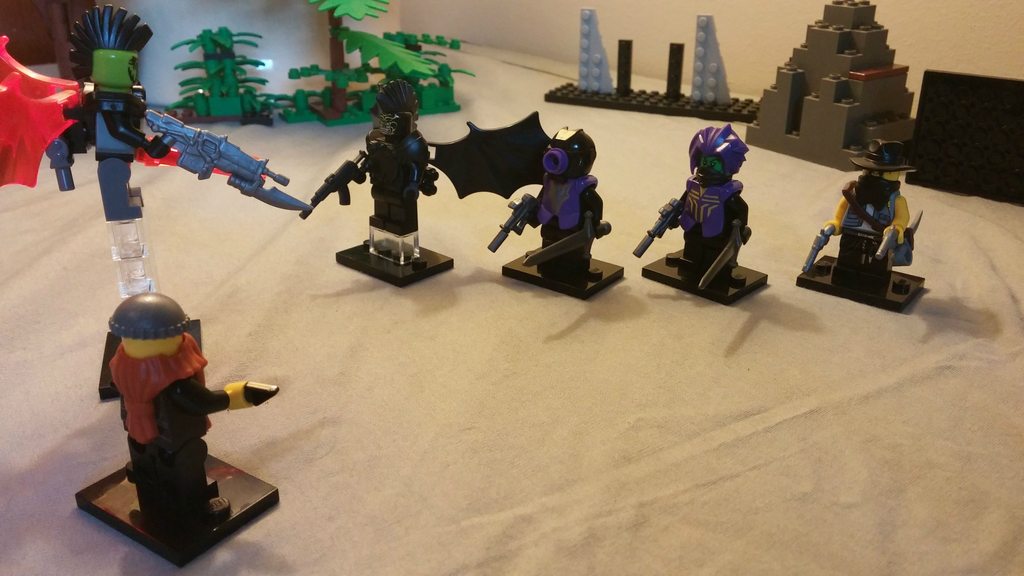 Comrade JAM: I really meant it. Each of you deserve this. In Jonah's case he's getting his shot at redemption, but any of you are qualified so good luck to all of you and thanks for your commitment to the Army of JAM. 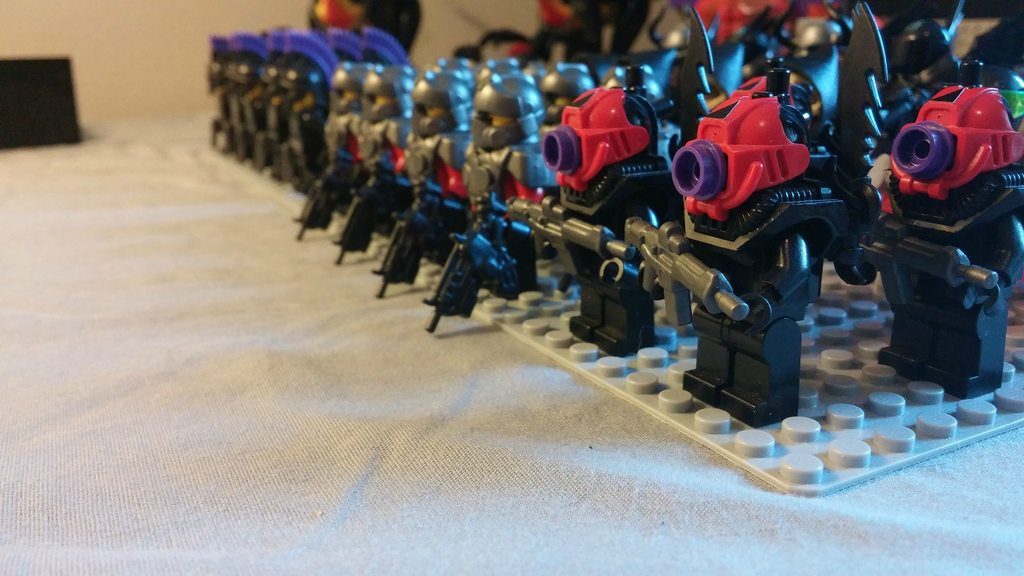 "Hey, you try making love to a complete stranger in a hostile, mutant environment, see how you like it."
Top

http://brikwars.com/forums/viewtopic.php?f=16&t=14182
"Hey, you try making love to a complete stranger in a hostile, mutant environment, see how you like it."
Top 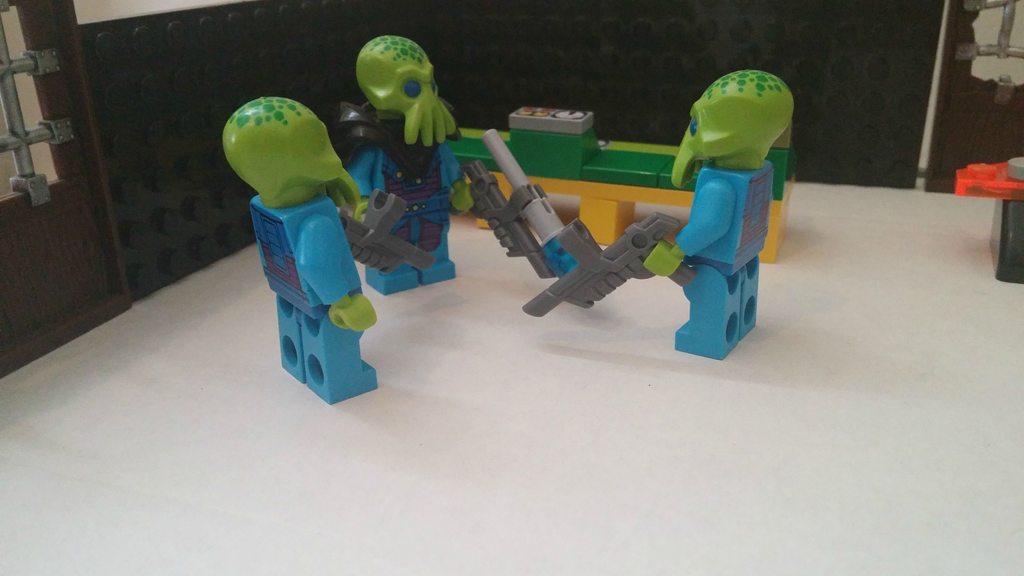 X'zzian Captain: In a moment this new Comrade JAM will be arriving, you see, as soon as the first one died, technically our contract ended. We're finally evicting these intergalactic refugees, no longer will they soil our... uhmm... soil. Anyway, this most likely won't go well. Be ready. 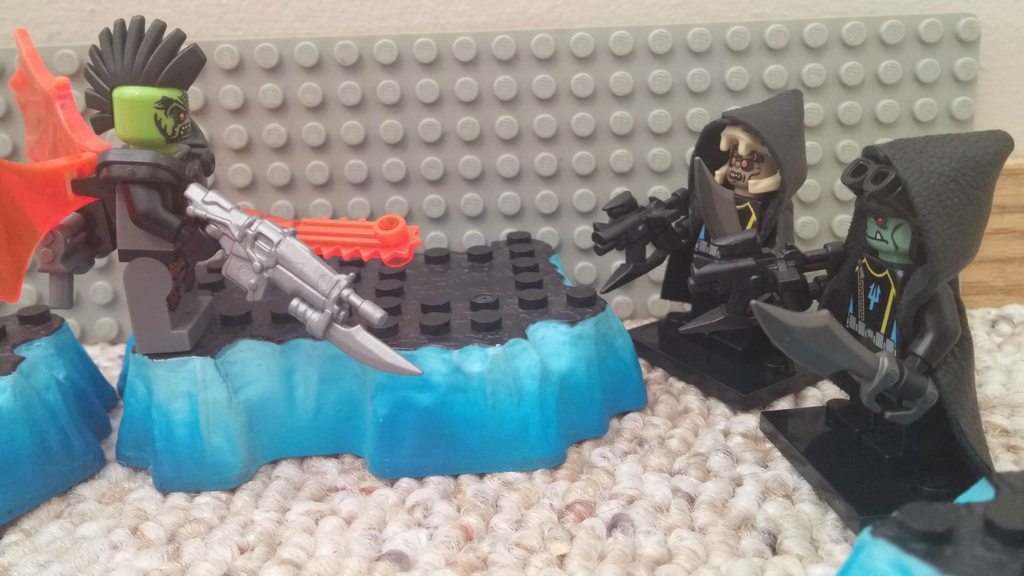 Comrade JAM: Thank you both for accompanying me on my meeting with the X'zzians. As per the meeting requests with our host, I am to go in alone. This seems like a trap, but I'm Comrade JAM. Anyway. thanks guys, maybe just wait here, take a load off? 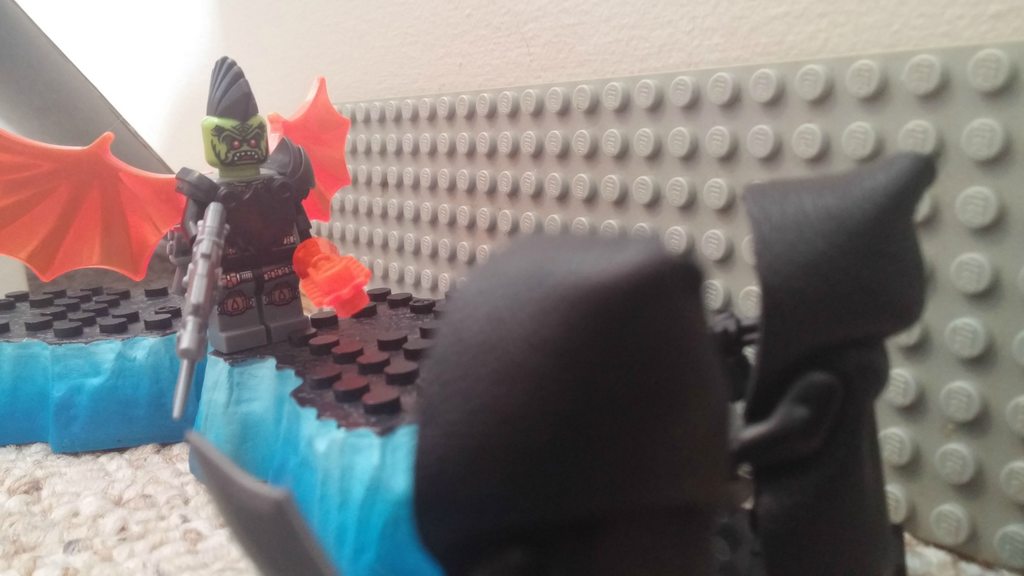 Comrade JAM: If I'm not back in 30 minutes rush the place. 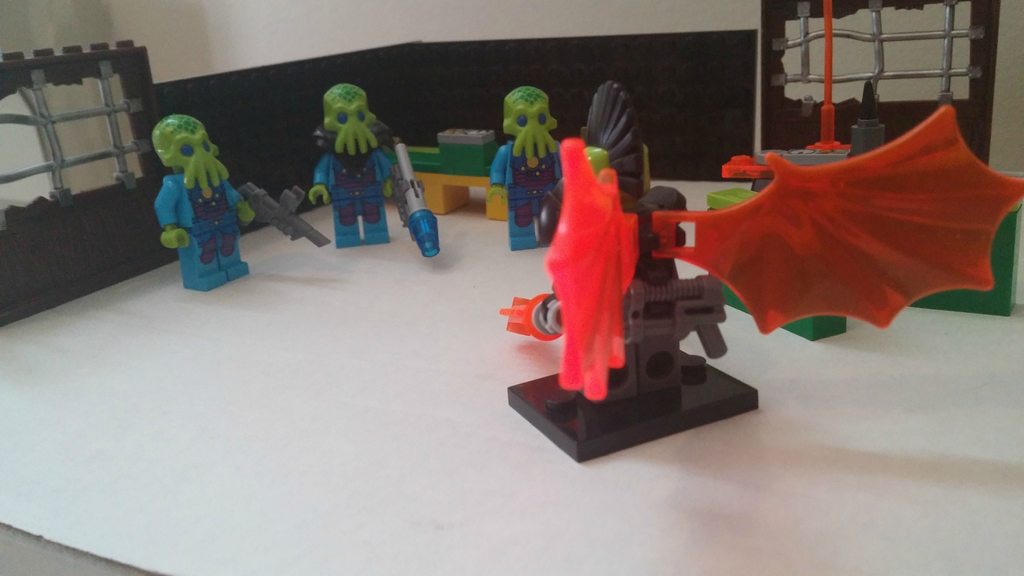 X'zzian Captain: We know who you are. your ridiculous wings give you away.

Comrade JAM: Forgive me, I didn't realize... So why are you here? 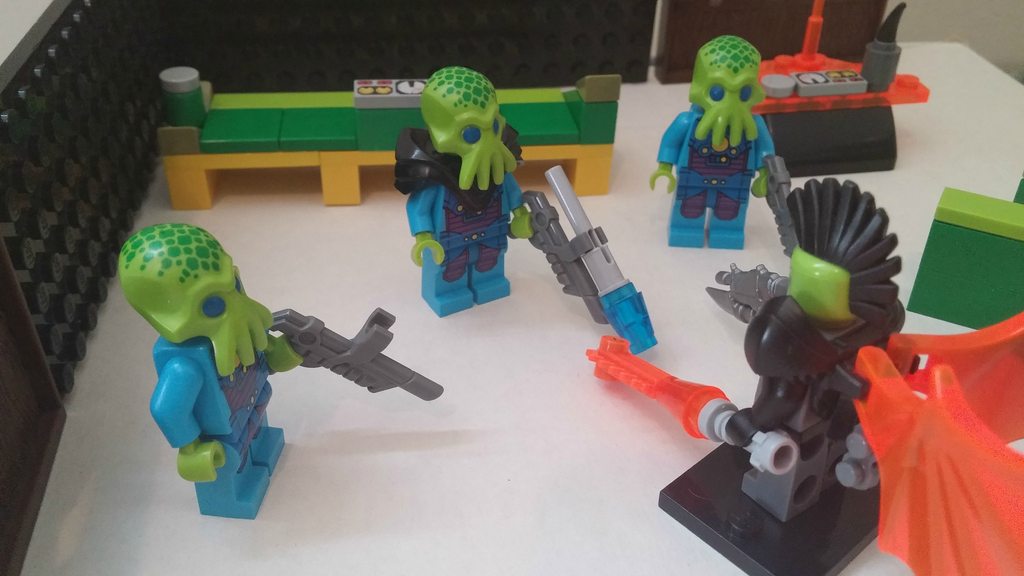 X'zzian Captain: To do something that has been a long time coming. Throw the worthless space garbage back where it came from. 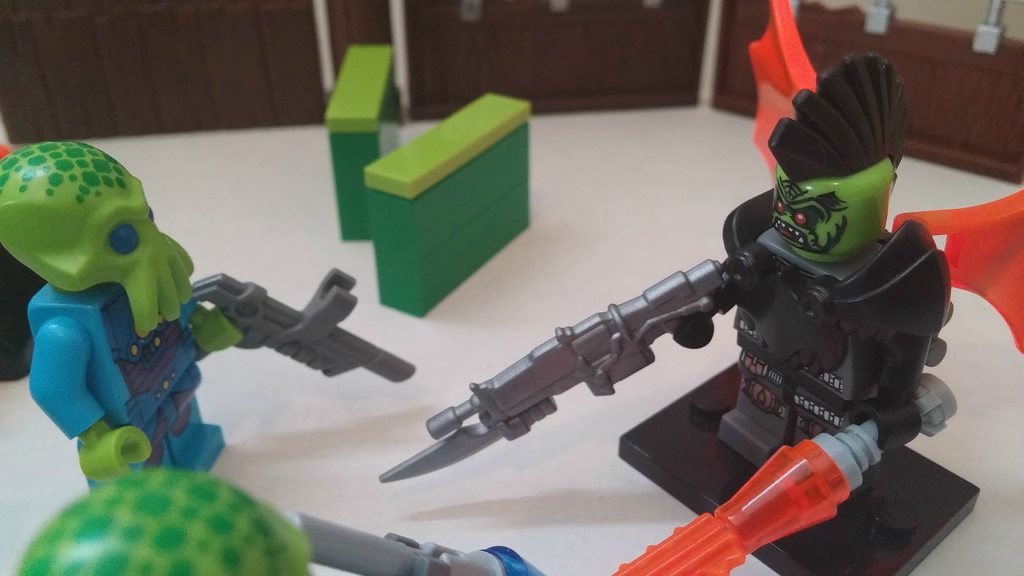 X'zzian Captain: You heard me. The Tallest have spoken, any contract forged with the old JAM is null and void upon his death and so the Army of JAM needs to leave the moon immediately or drastic measures will be implemented. 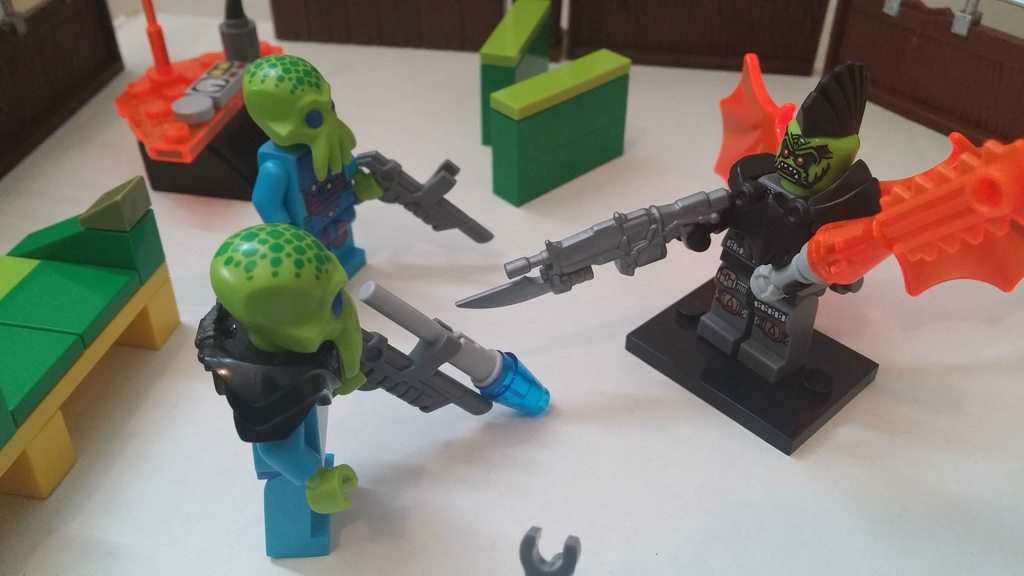 Comrade JAM: Is that so? 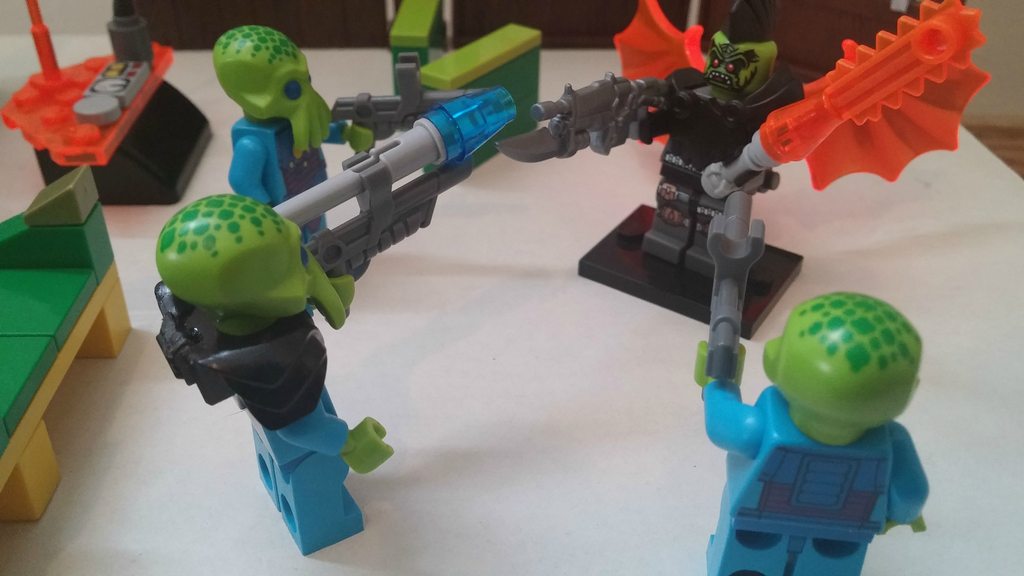 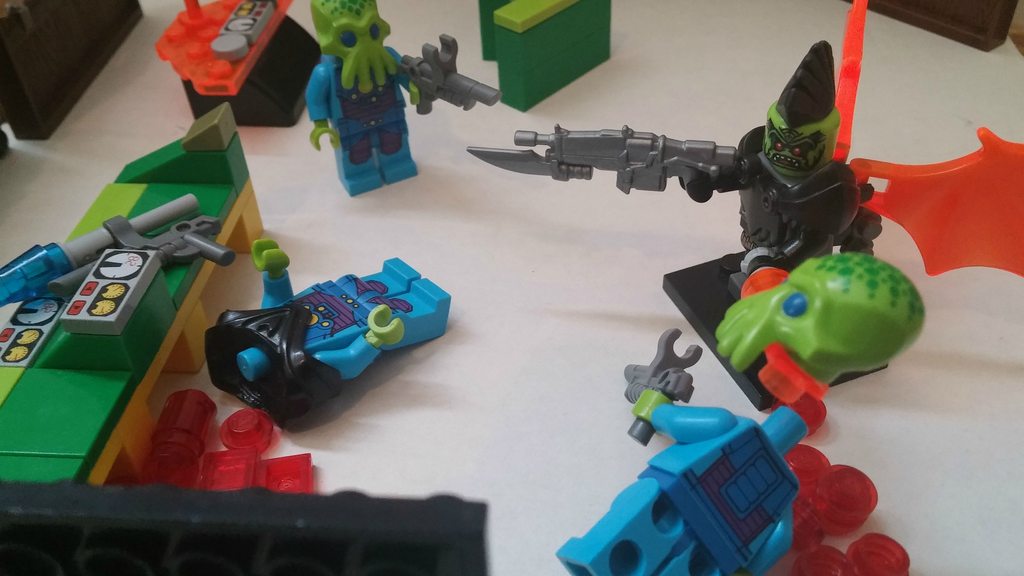 Comrade JAM: This is it, my defining moment... 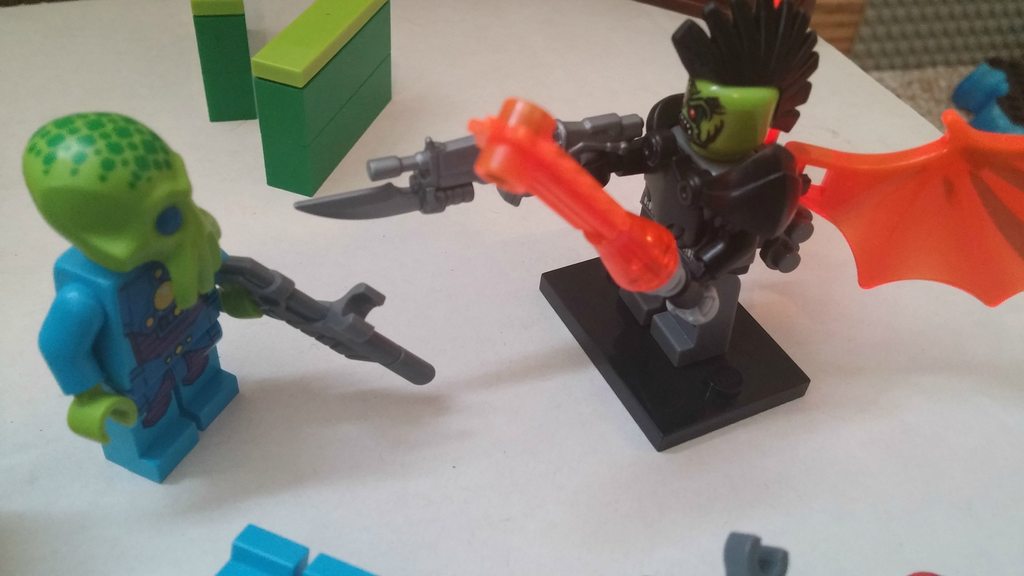 Comrade JAM: You, X'zzian, you cannot possibly kill me, the only chance you had was to combine fire, but I could kill you in a heartbeat. I'm not going to do that however, because otherwise I won't be able to relay a message to your so called Tallest. Can you deliver this message?

Comrade JAM: Good. You tell the Tallest that any arrangement they had with the old JAM still stands, if they go back on their word they'll be incurring my wrath.
"Hey, you try making love to a complete stranger in a hostile, mutant environment, see how you like it."
Top

Man I love those minifigs with the BrikThulu-y heads.

What happened to the Comrade JAM with (chima) Wolf head?
My Youtube Channel About LEGO and Toys
Top

Warhead bashed him to death

Warhead bashed him to death