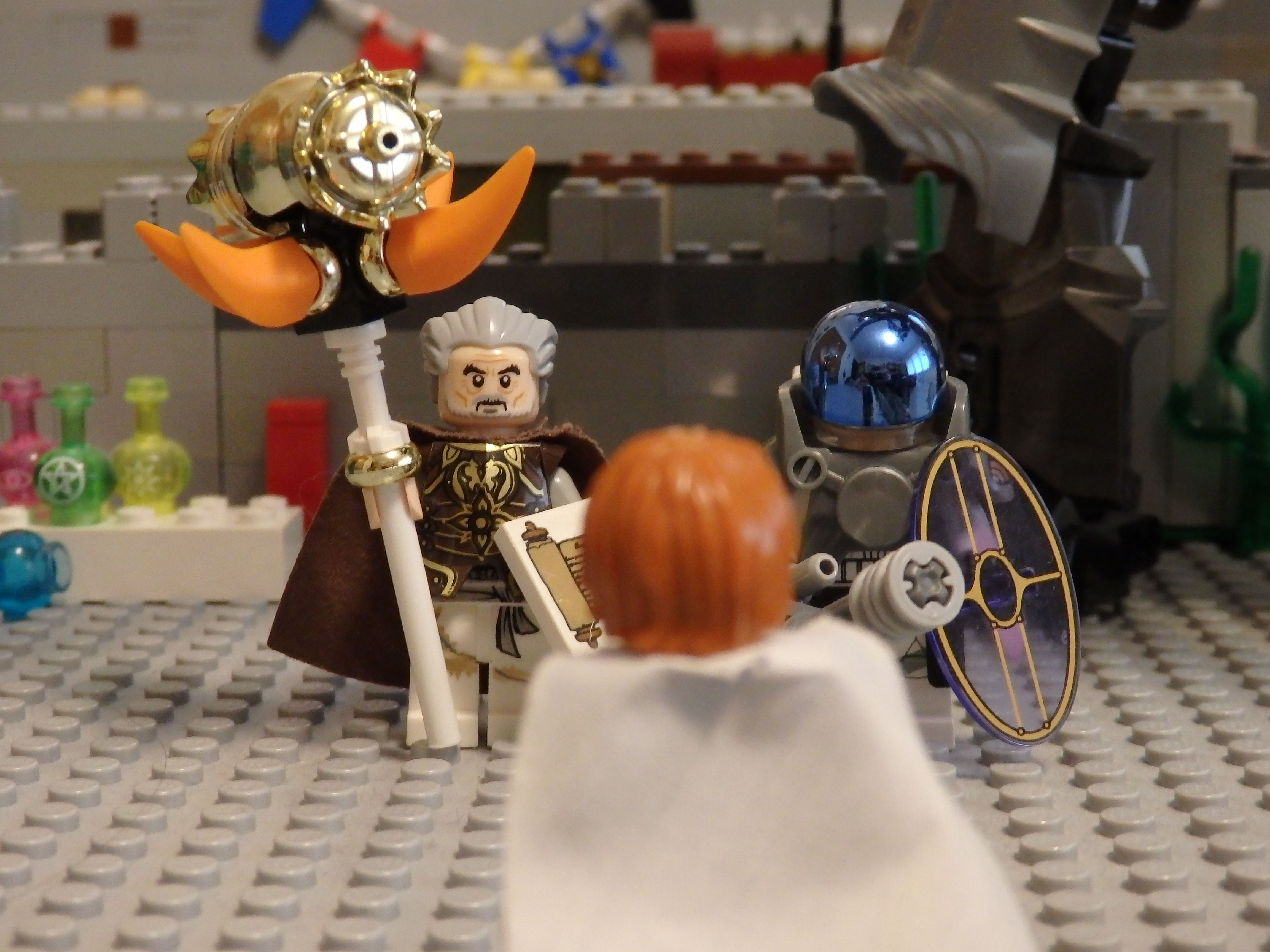 Following their bloody victory at Bay bricks, the Space Austrians have begun a massive mining project on the planet, unearthing a strange, yet expected object of immense power.
The Empress has arrived to check on the process

Wizard Emandiputs: We have unearthed the blue star, just as you have asked, what ever you plan on doing with it, it must be big. The power we measured from that relic is immense.

High Cleric: I am concerned that turning this into a weapon would be in violation of our treaty with the AN, I worry we have not been secretive enough, the fact that we stumbled upon this thing is bound to attract attention.

Empress Aprilia: We didn't stumble onto anything. I knew that the blue star was here. The Magyars told me, It almost took a revolution to get those coordinates. Admittedly I had considered uniting our two empires once again, but it would have been a diplomatic nightmare. I also started the COLORBURST program. I knew we were going to need some way of extracting the blue star, and wielding its power. And so I built a clandestine organization and commissioned four massive robots.
All of it was for this... 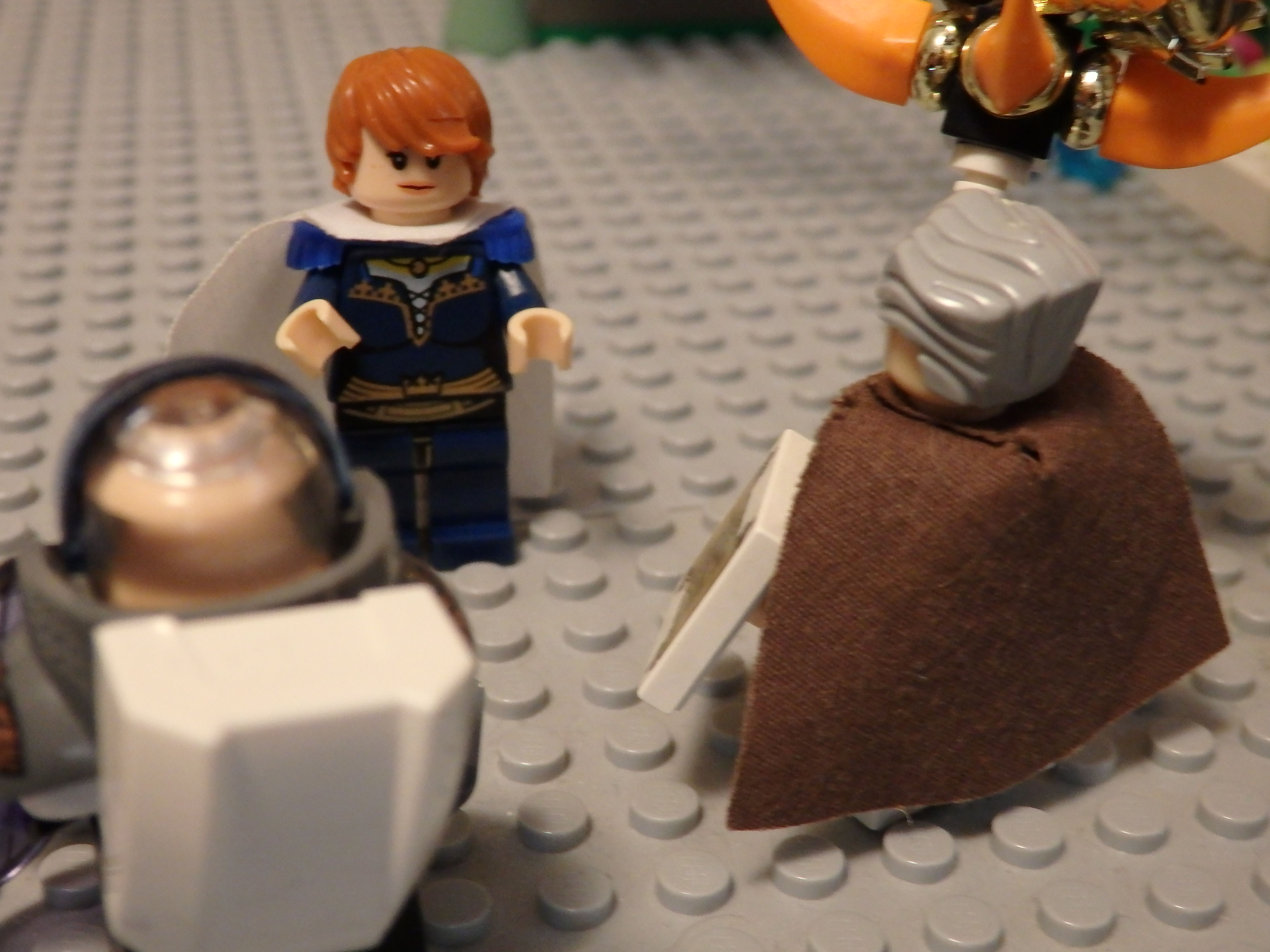 Empress Aprilia: We peaches were no accident.
Everyone assumed that we were a mistake, a mutation. But we are so much more...
We are the descendants of minifigs and a race of cosmic beings almost as old as the Brik itself.
We will use the Blue star to awaken our ancient power, and take our true place in the universe. 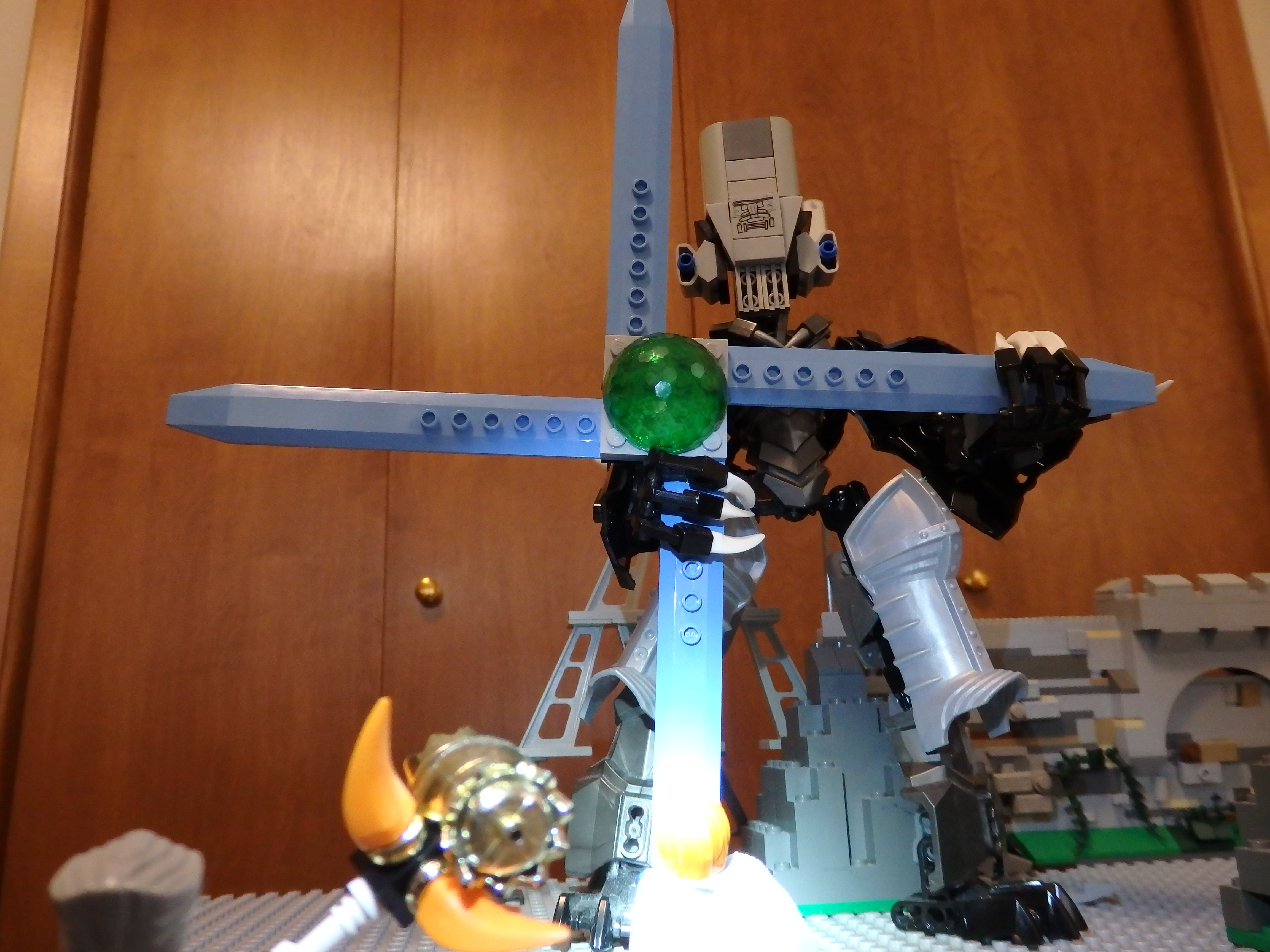 An explosion of light emanates from the blue star as the Color Collector unit drives one if it's points into the ground. The blinding light envelops the Empress, and she dissolves. 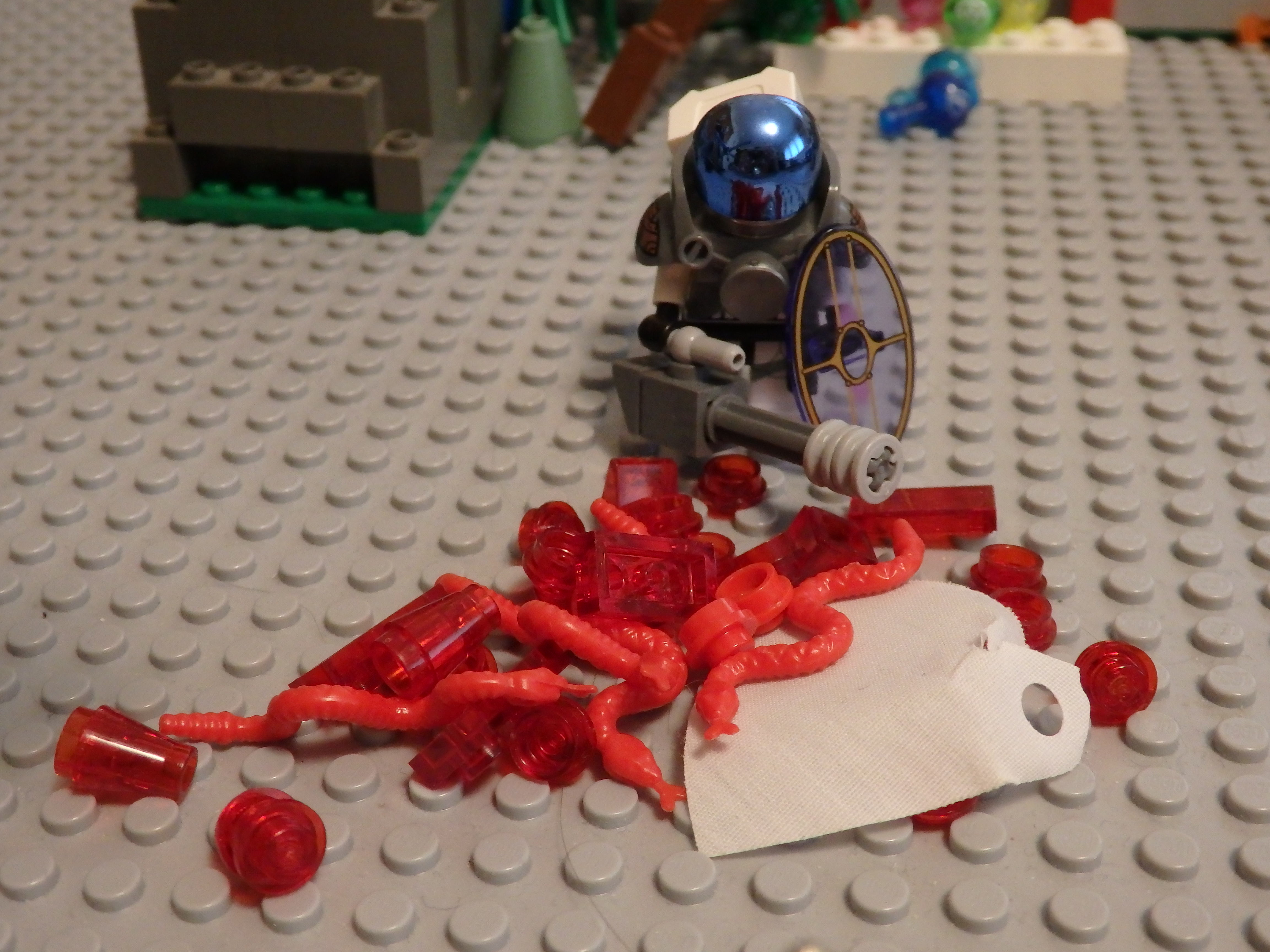 All that remains is a cape and a bloody mess. The Cleric begins to cry at the loss of such an adored figure.

High Cleric: n..no. It was too powerful. The empress is gone.

Emandiputs closes his eyes. He should have stopped her...

Suddenly, there is another flash of light, the blood rises up, forming a silhouette of light, then slowly fading away... 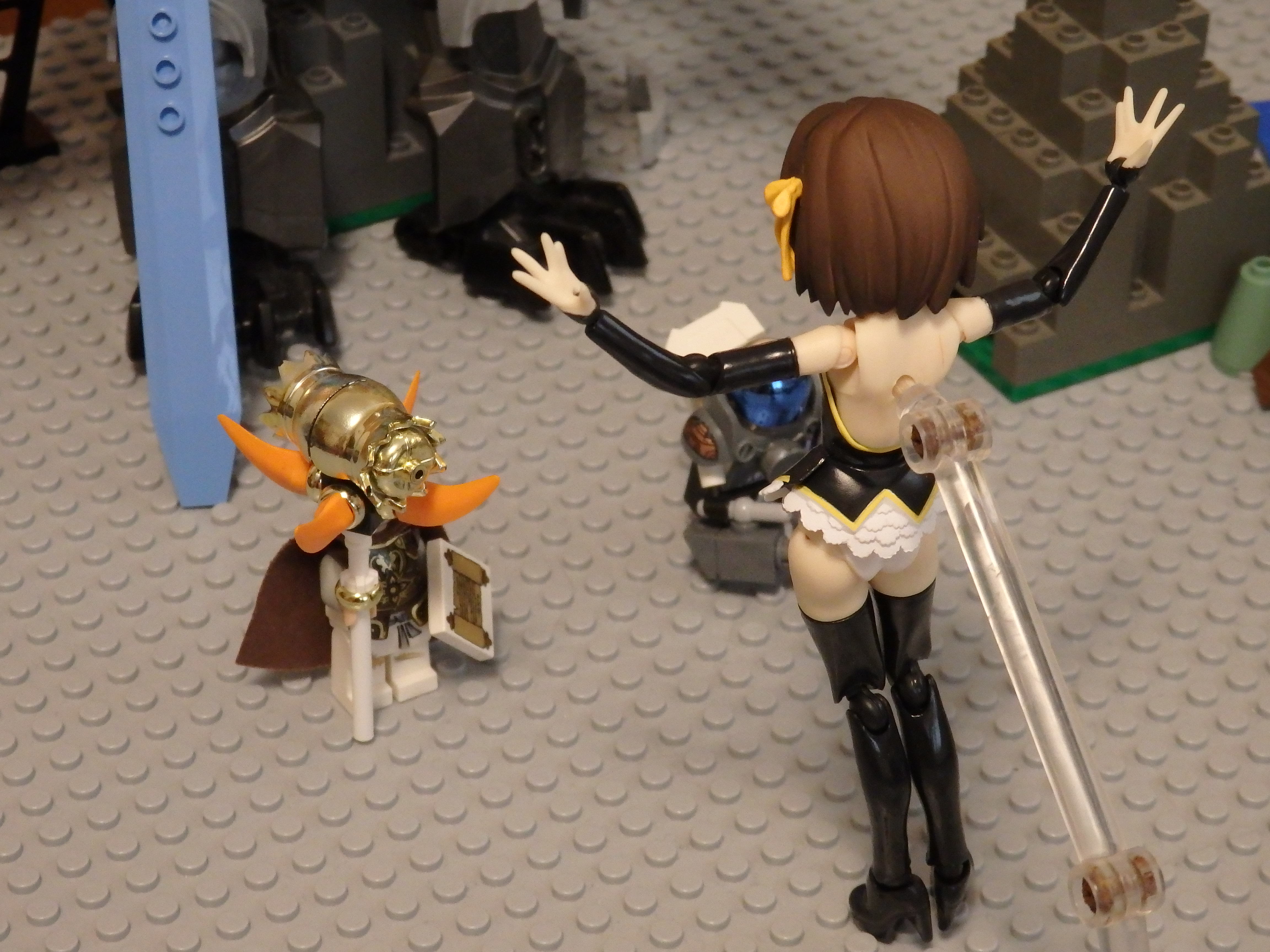 Space Witch: It's good to be back.

[img]Emandiputs:[/img] What have you done with the Empress!?

It's still me Wizard, just in my true form.

Space Witch Aprilia: That's alright. I'll try to explain. This is my true form, Centuries ago I took the from of a minifigure, but I never had enough power to change back to my true form.
At least, not until I found the Blue star. Although I did use some of the star's power, you should still be able to use the rest to make generators for some of our cities, and outfit our capital ships with glassing labors. And I'm back at full power. 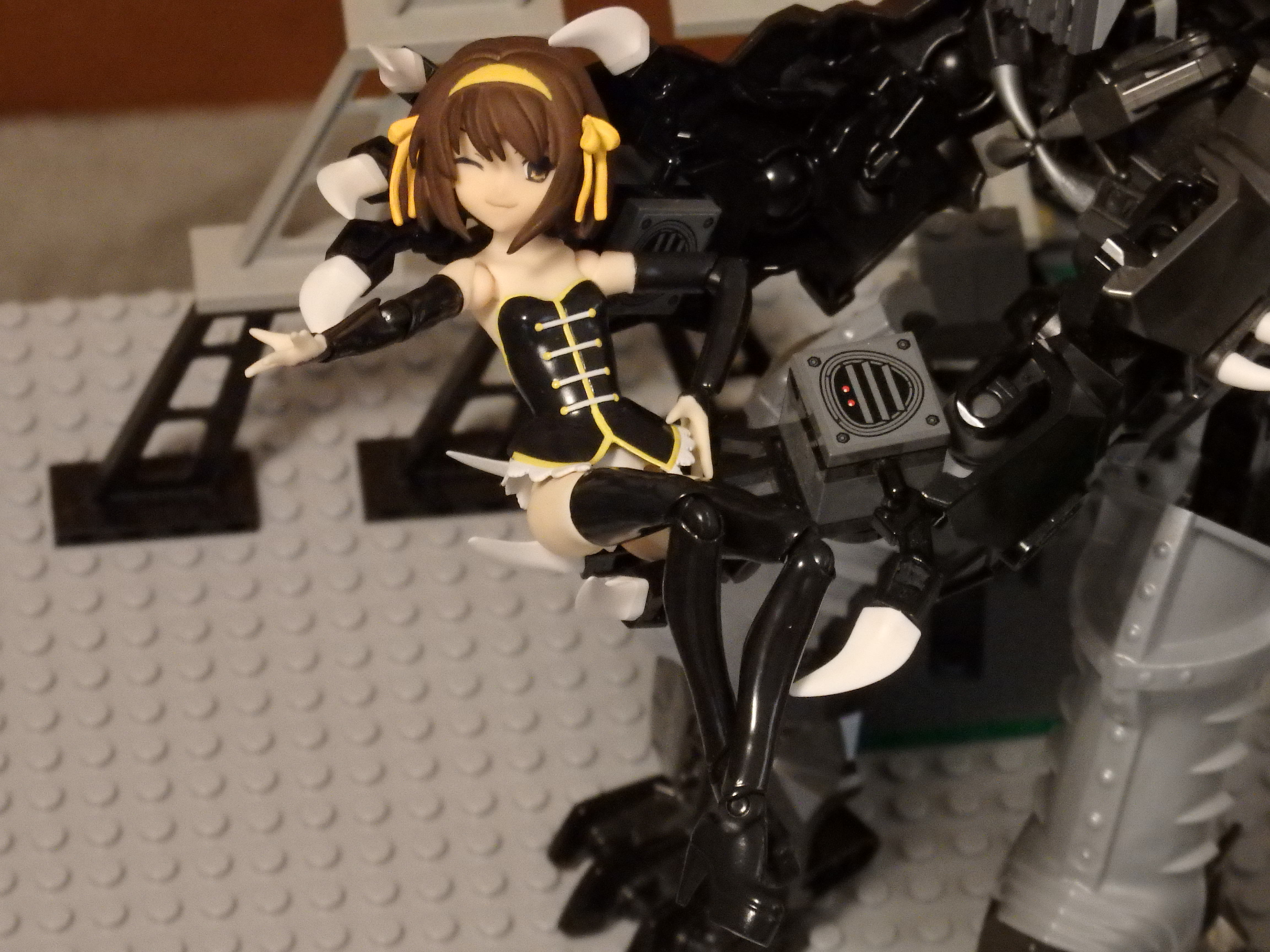 Space Witch (and Empress) Aprilia: Now we finish this war...

Also, it bears repeating: the face on that colorburst guy is amazing.
I make apocalypses and apocalypse accessories.

The weebpocalypse is beginning faster than the prophecies foretold... The anime is coming! All hands, Brace for impact!
gotta love knitting needles. i can make you a scarf. i can make a hat. i can stab your eyes out. i can make mittens.