For the Triangle God [JJJ18]

For the Triangle God [JJJ18]

The Planet of Outer Haven was described as many things, a barren backwater, freakish cult country, a hot bed of space terrorism, and even a graveyard of empires.
None of these nicknames deterred the Volhinyan Kynazdom from attempting to annex it in R2017 even after the much larger Galacian Imperiya gave up on the colony.

Cultist Fanatics, experts in guerilla warfare and camoflauge, stalked the Blue Clad Volhinyan Royal army for weeks during the campaign. The superior firepower of the Volhinyans meant nothing when cells of armed crazies got the drop on them.
What came to be known as the Second Battle of Outer Haven was a collosal failure for the Volhinyans, even their Monarch would fall in battle to the "Primitive Savages" of the Outer Haven Trianglist Cults. 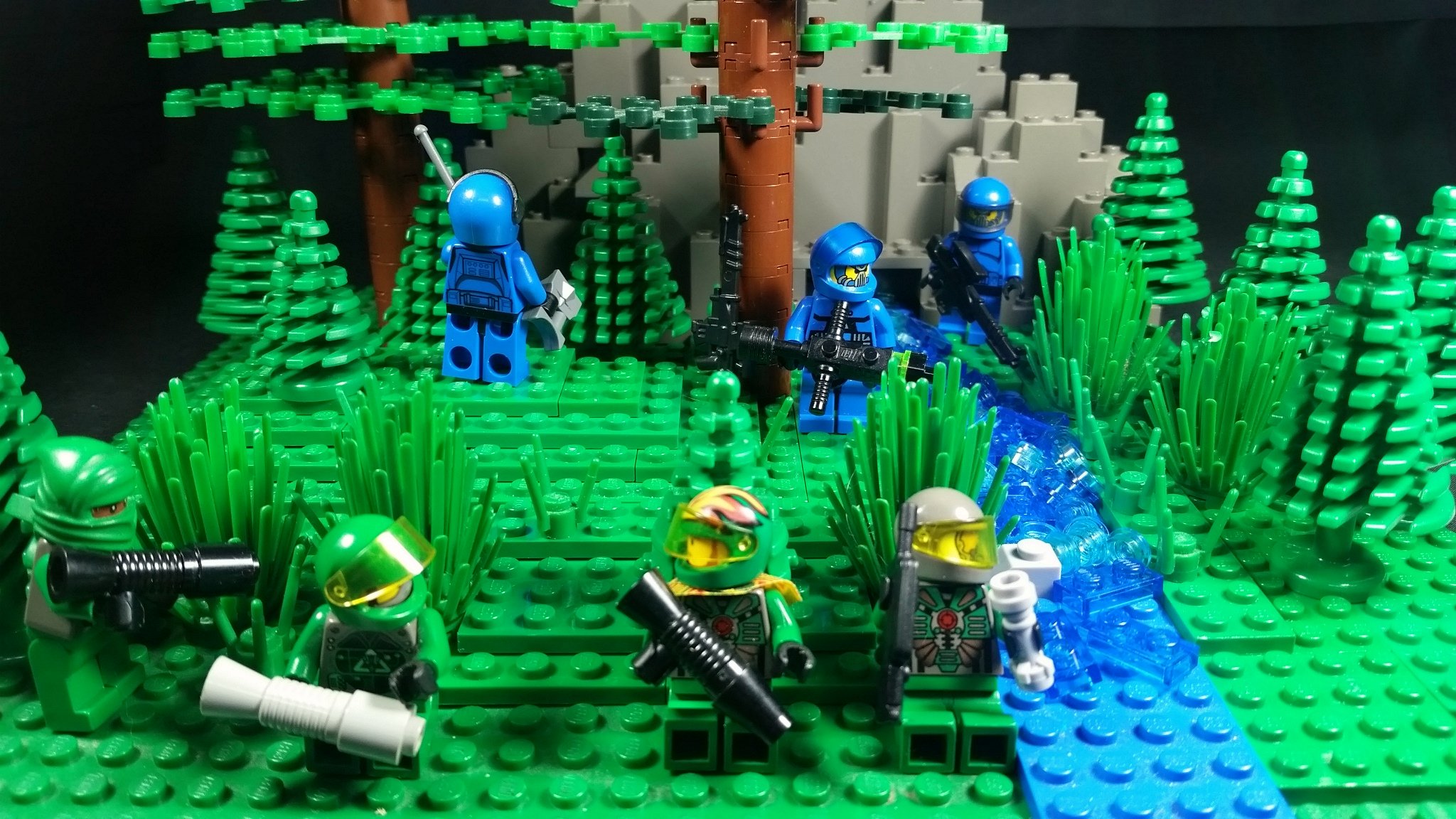 http://brikwars.com/wiki/index.php?titl ... uter_Haven
Short Wiki article on the event. This was a short Forum battle that happened about 7-8 Months ago. It played a rather large impact to the canon of some of my lesser factions.
Faction Index - Flickr Gallery

Style – 7/10
I think my favorite thing about this build is about the simple way you built the river. Tossing in those BT elements to give it motion is pretty neat.

Substance – 7/10
I appreciate the realism here. The background is totally green, kind of boring-looking, but providing perfect camo for those Trianglist Cultists.

Photography – 8/10
Good work! Whatever background you used really fits the sneaky, ambushy feel of the entry.

Substance: 8/10
The plate layering on the base is great, and I love the transition from a rough to smooth current on the little stream. Normally I'd say the rocks could be improved with a little more effort, but the plain BURPs fit really well into the aesthetic of the scene.

Photography: 9/10
The ambushing minifigs are pretty out of focus, but everything else is spot-on. However PLEASE resize your pictures.

Theme: 10
I mean it's a direct representation of a canonical event that happened in the past year, so...