It is the time of Ragnoblok. With the death of Quantumsurfer Colette, the Brikverse has spiralled into chaos. The forces of the Brikverse now head towards the Konvergence, a fractured piece of reality formed to do battle for one last time. Trattorian Hegemony has ended, and on the planet of Trattoria, Brootal and Immortal forces clamour to finally claim the planet.

Dr. Nagato of Acelera Pharmacuticals who happens to hold the last sample of Miracle Cure in the known universe, hatches a daring escape plan.... 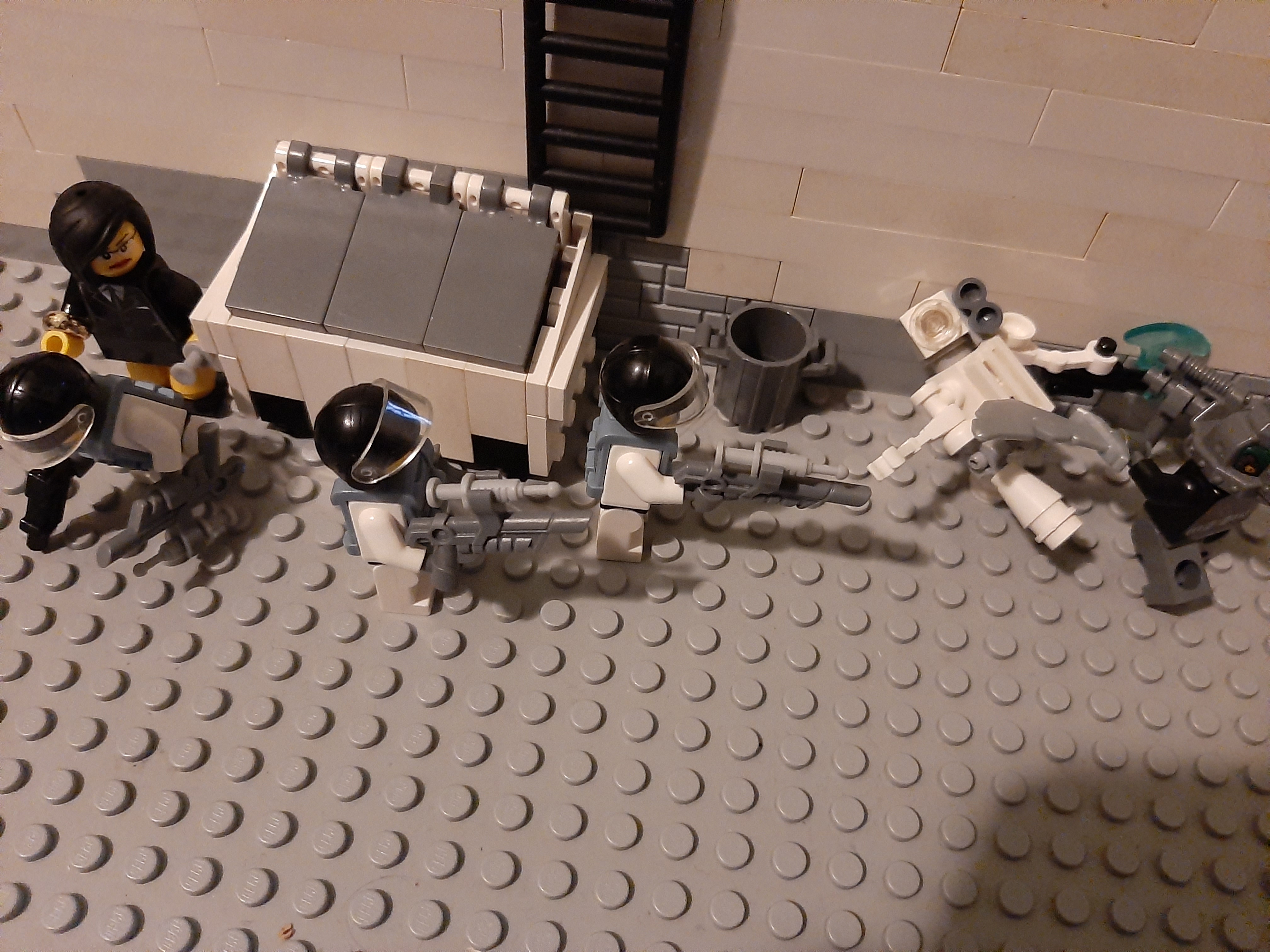 "BROOTALZ!" comes a shout, as the Orcoid being strikes down a Trattorian Drone. He's quickly met with rifle fire from the Aceleran Riflemen, who kill the monster in seconds. 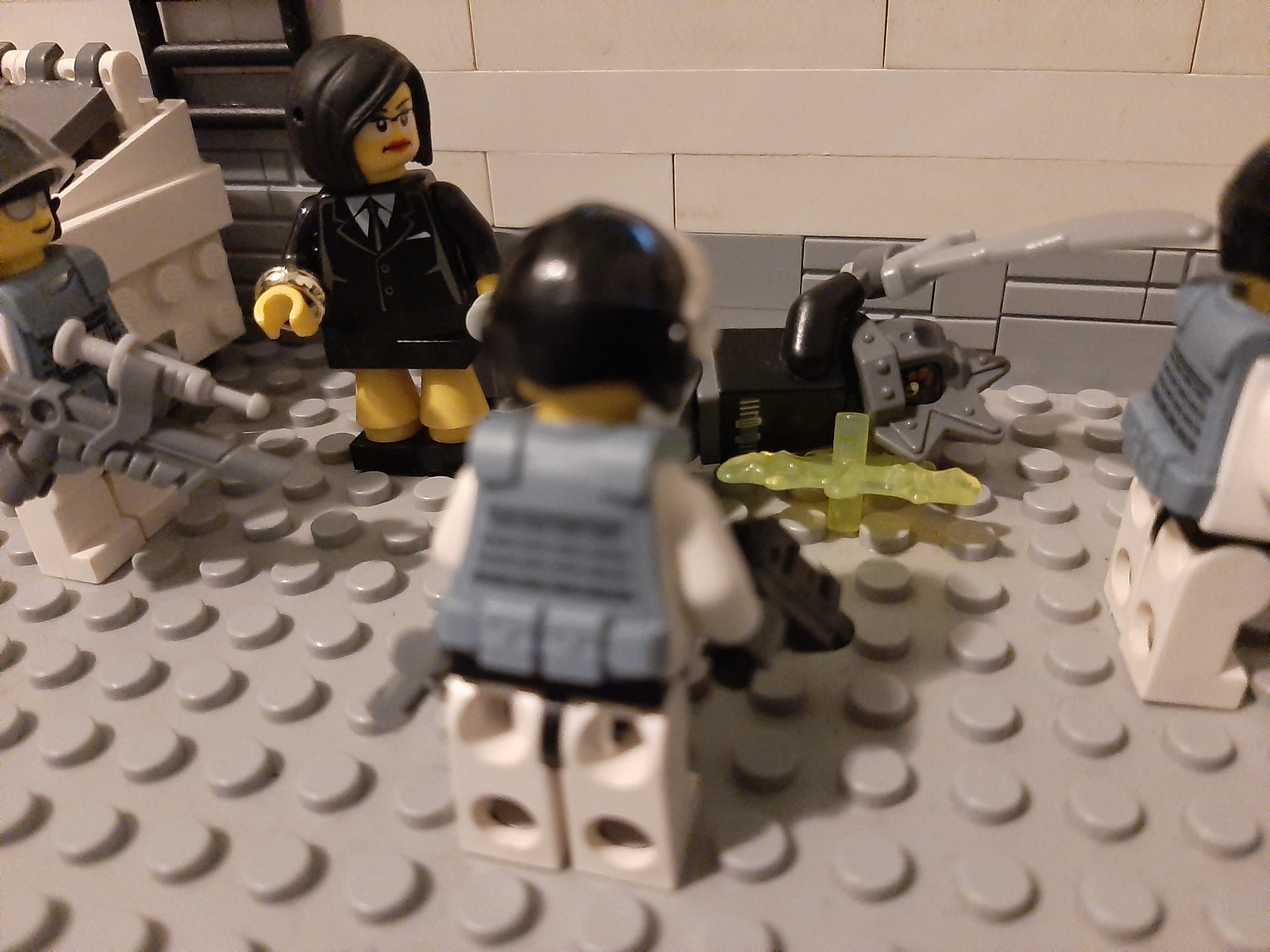 "Where there's one, others will likely follow Ma'am. Let's get out of here."
"Our goal is ahead. Continue."

The tetrad continues down the street until they come to a large building... 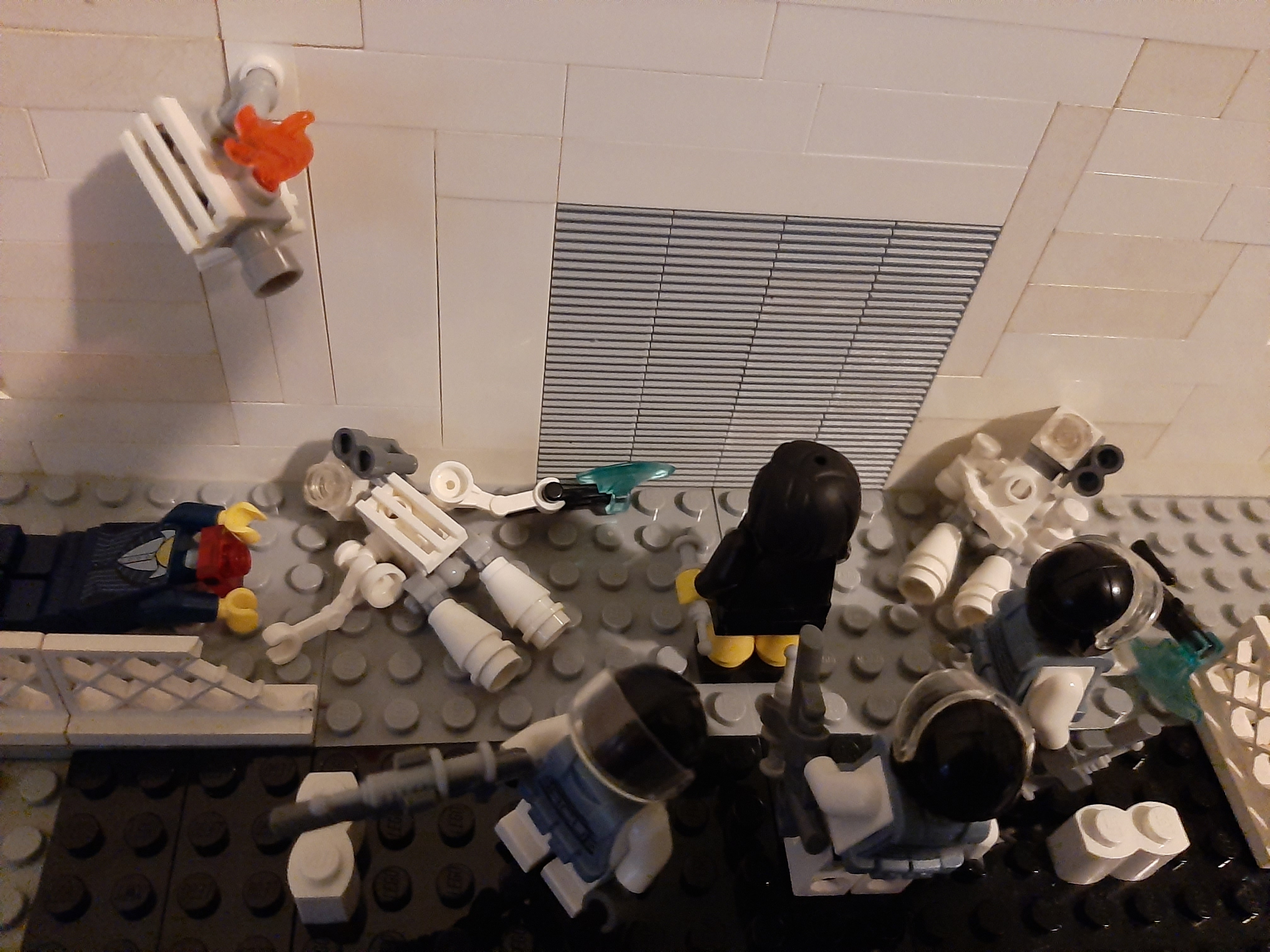 Wordlessly as usual, Dr. Nagato aproaches the door and it opens in response to Dr. Nagato's 'legitimately' aqcuired keycard, and they enter a large werehouse. 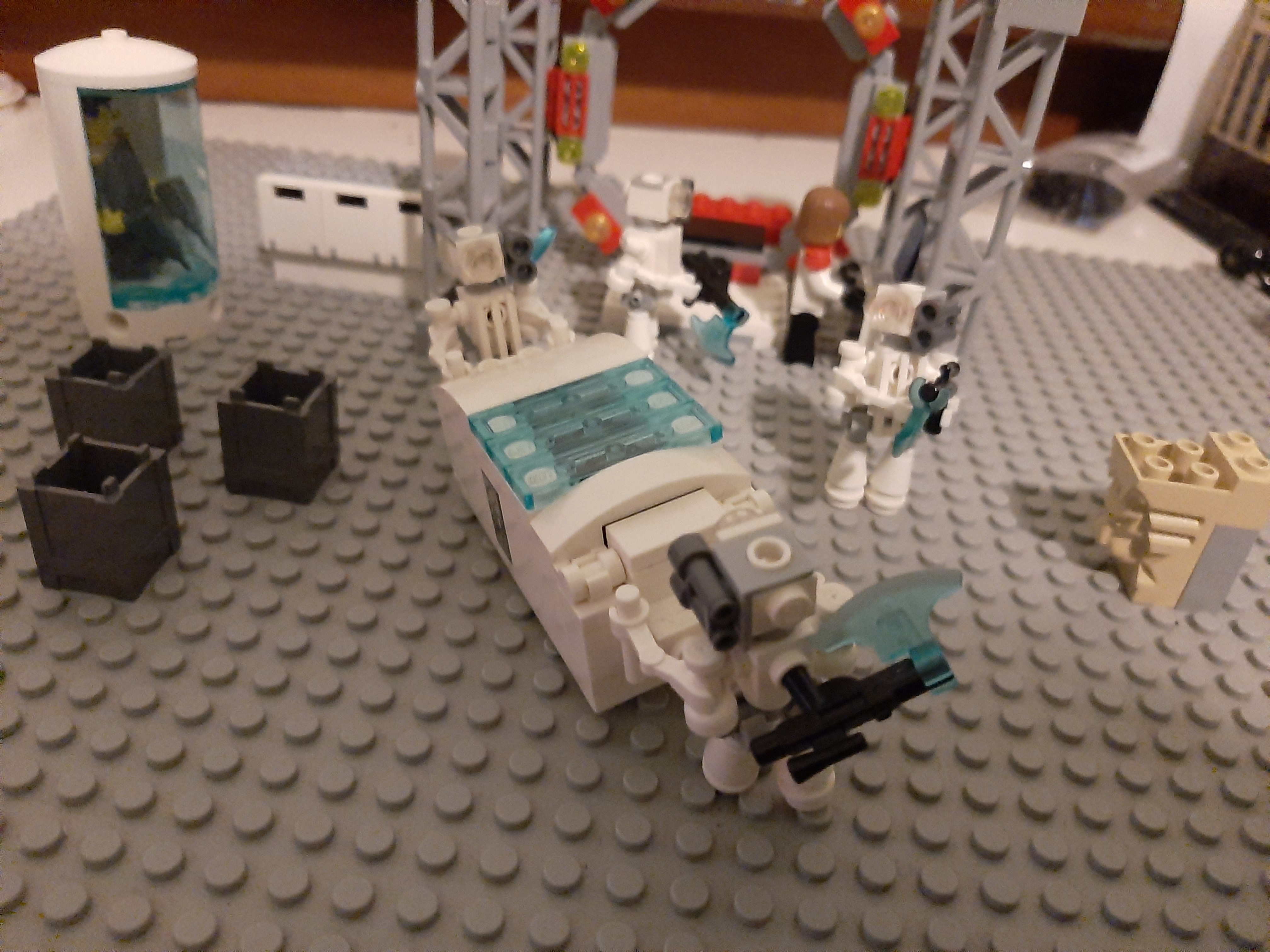 They stare in awe at the large collection of artefacts, though it seems more empty then it should be.
"Reports where right. Most of this was sold off by the Black Box Bureau." mutters one grunt.
At the end of the room is a massive circular structure, and stranger that none of the Acelerans recognise working a nearby console.

"Thank you, Stratego Axlerod. Good luck out in the Konvergence.... I'll fix this mess we got ourselves into."

"Yes yes, I know this is finally the respect you deserve. I'll see you again after all this is sorted."

Dr. Nagato begins to ponder who this woman is exactly, and how she had the same idea as them, her thoughts are interrupted however by a voice from behind her party. 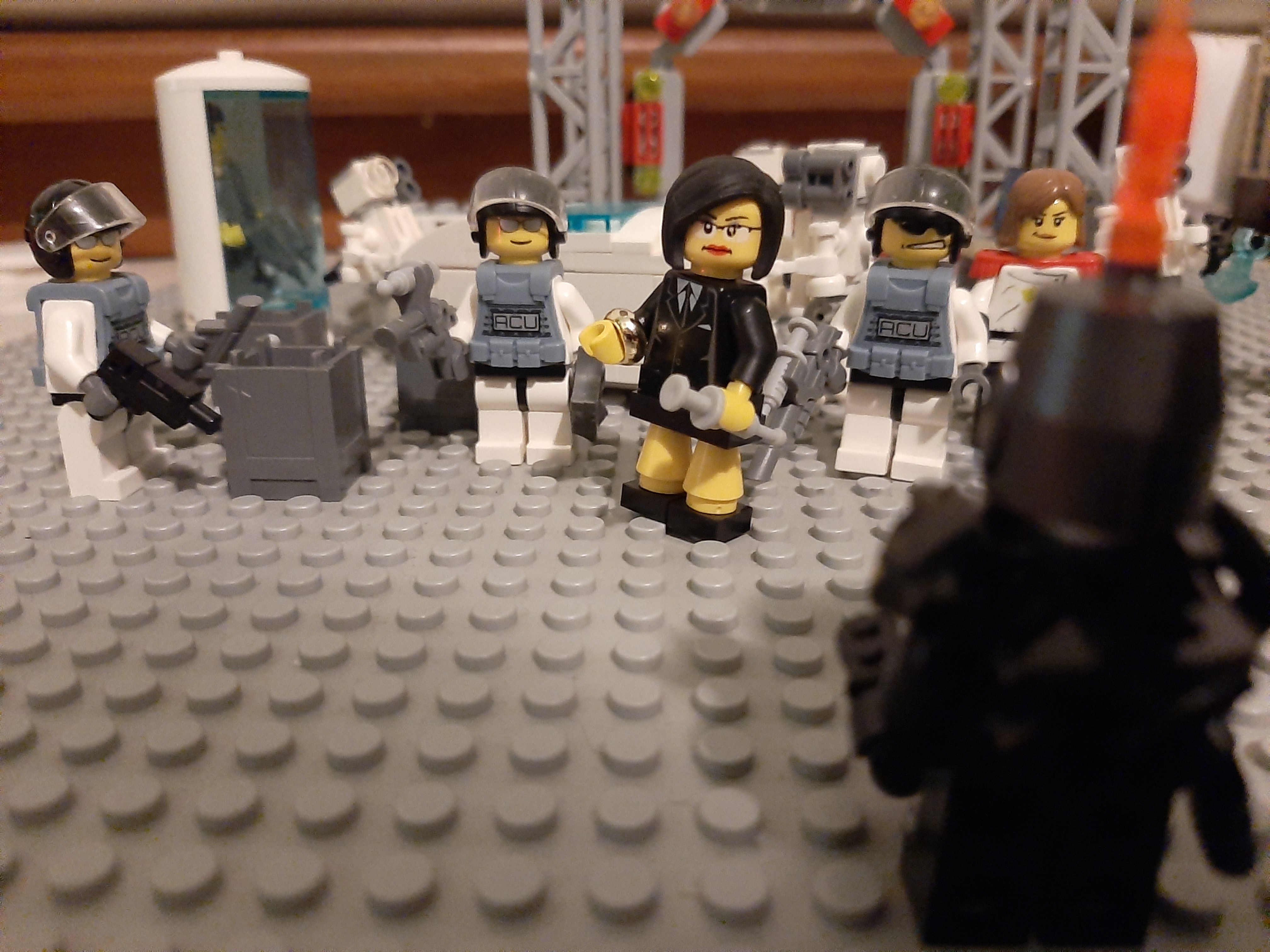 " 'Sup. Thank's for leading me here, Turns out you can trust big pharma afterall! I'll be smashing that gate and that stupid case you recovered from the Four-Rums. Orders straight from the Emperor."

The woman looks back "You idiots! You led a Warhead Shard right to me!"

"I prefer Samekh, but Shard works too I guess. Anyway, Time for you to all die and for Trattoria to die with you." 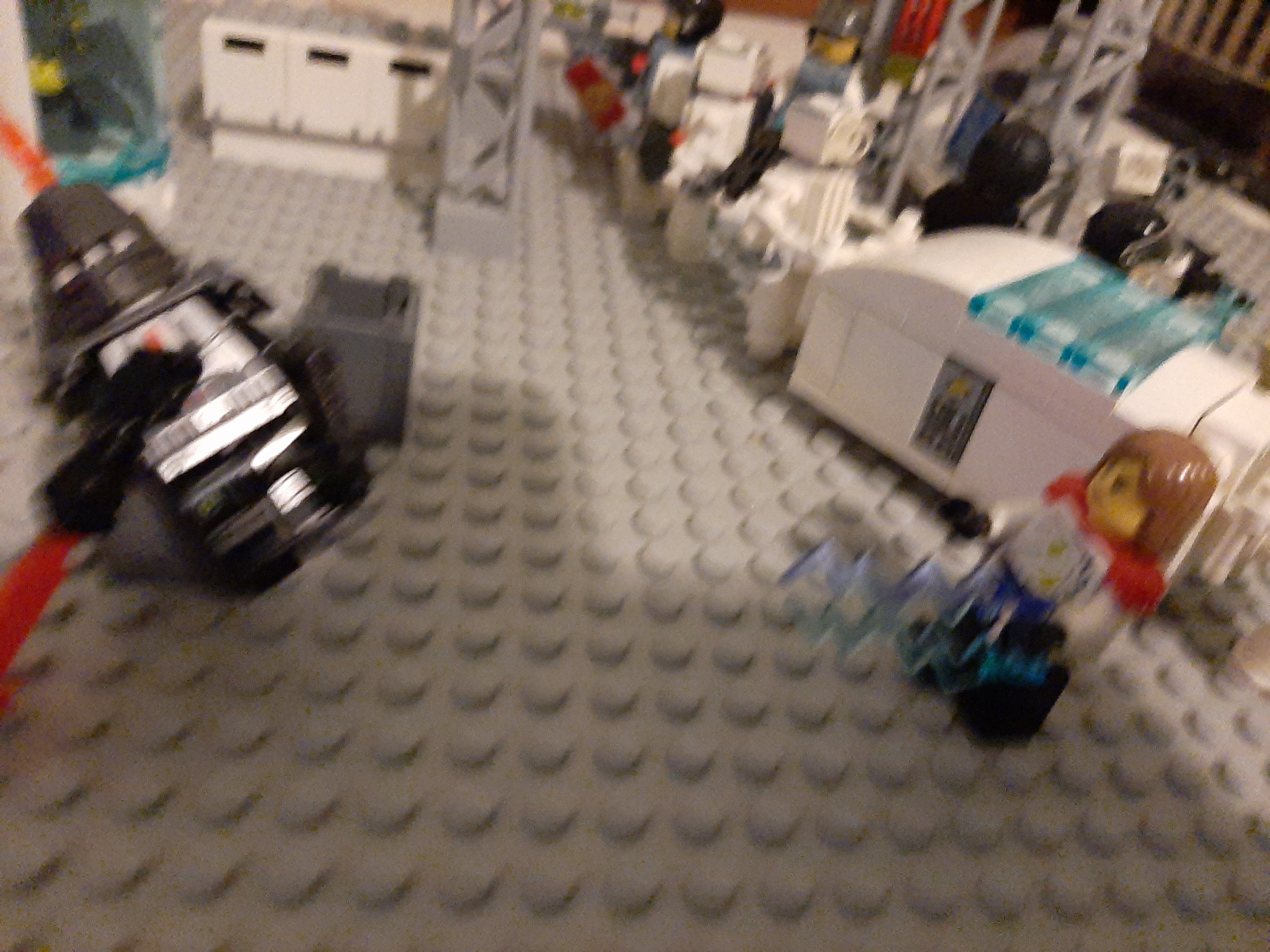 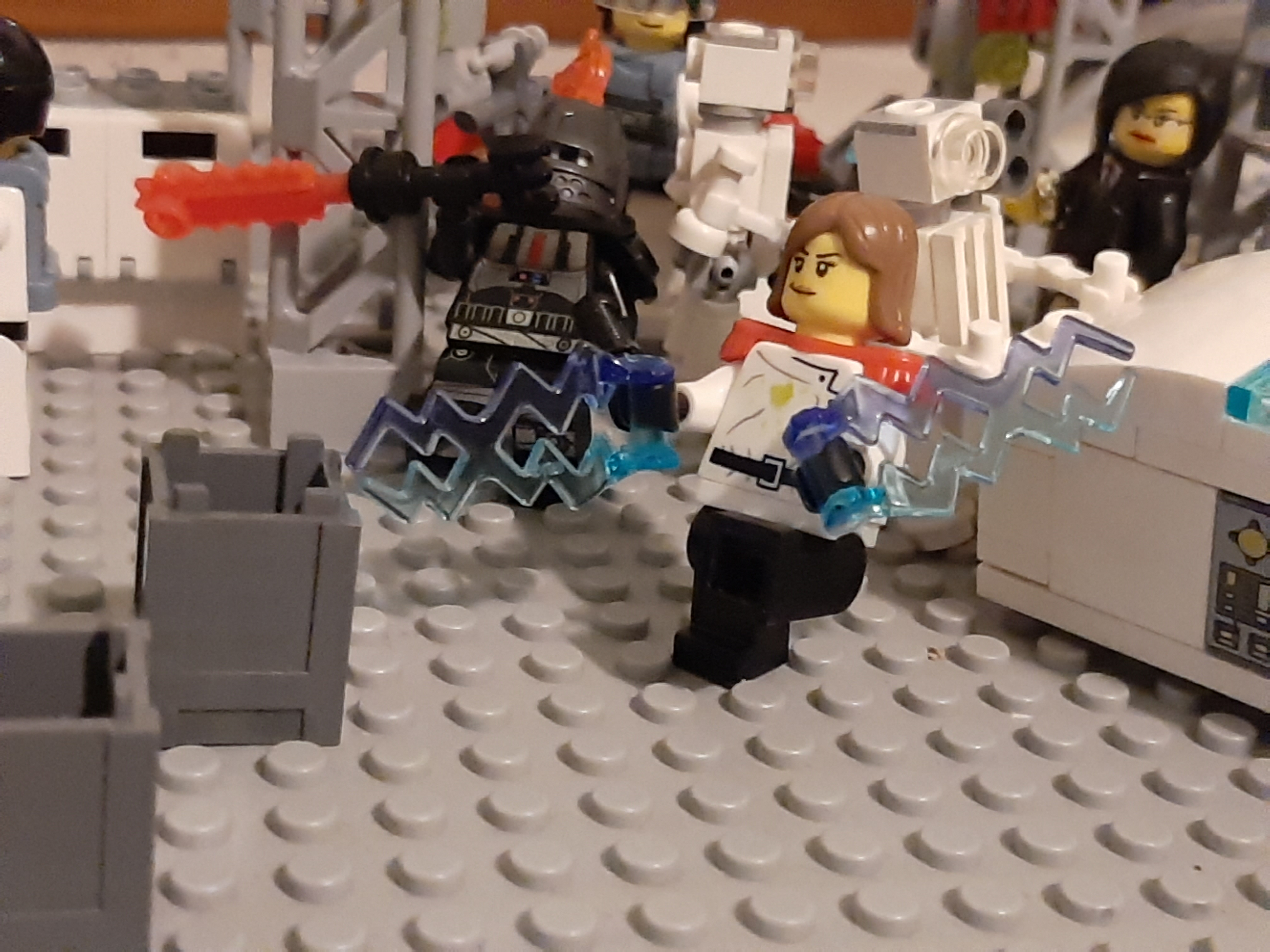 The woman rushes past the Aceleran unit and begins to clash with Warhead, as the Acelerans rush back to the gate to make their escape. It is guarded by 4 fully functioning Tratt drones, although two are preoccupied with a large case of some description.

The woman and Samekh clash, sparks of electricity and flame coming between them as she expertly dodges the strikes of his OTC. Dr. Nagato realises who this woman is. Those electric powers? That's an Esper. A quite infamous one among her circles too, The woman who murdered CEO Dr. Mérieux of the Viérre glass corporation, Dr. Mikoto. Though what is she doing here? She completely dissapeared years ago, most assumed her dead.

As she watches Dr Mikoto, she realises what Dr. Mikoto is doing. Samekh is being led towards a large glass tube, clearly a relic left behind when this werehouse was abandoned. And is that someone inside? She mutters to one of her riflemen "Break the tube.", and the grunt nods and rushes over to assist Dr. Mikoto. 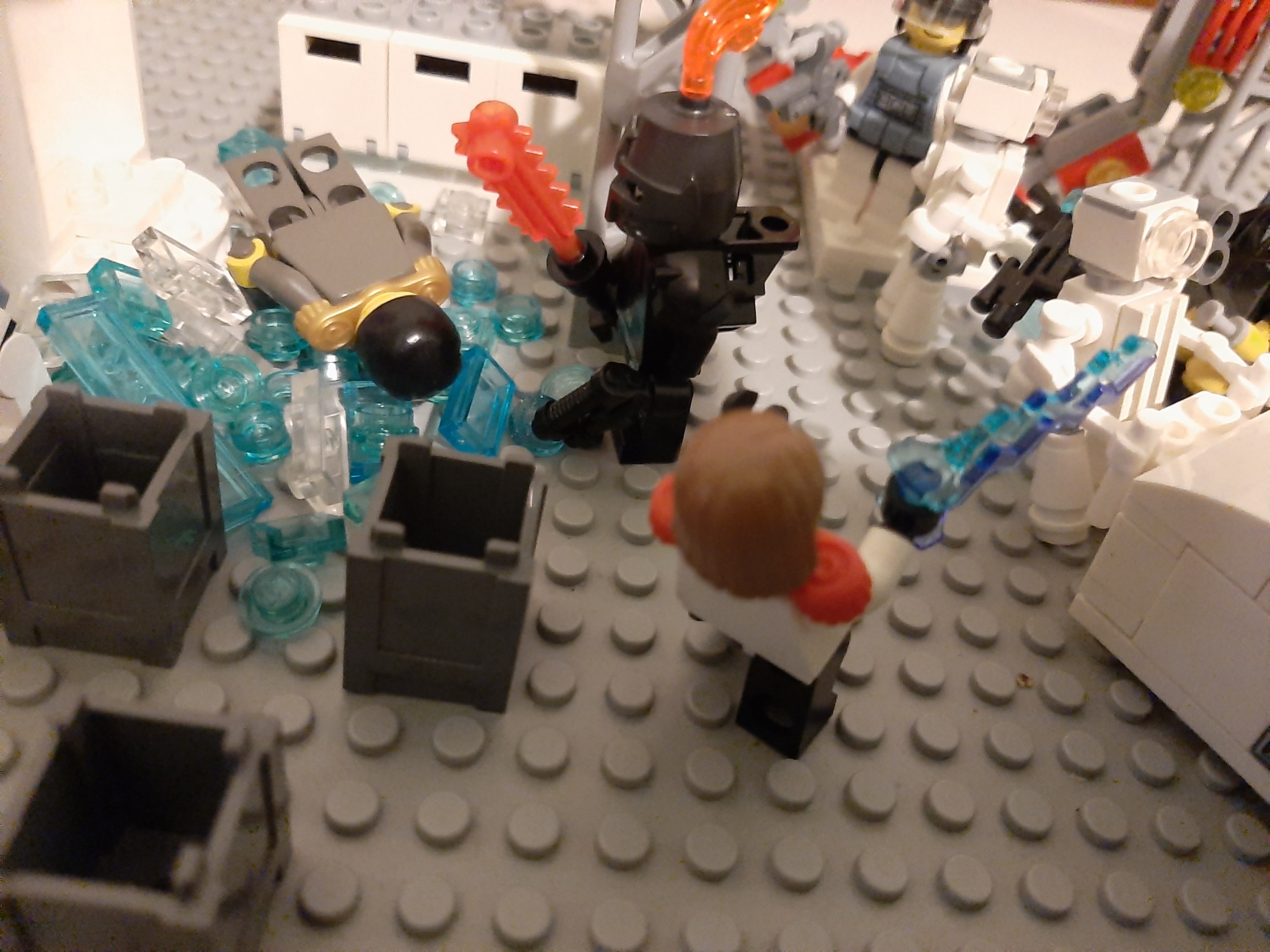 The glass shatters, and the Shard steps back as a figure drops to the ground.
"What kind of loser is this...? Wait. WAIT I remember you!" 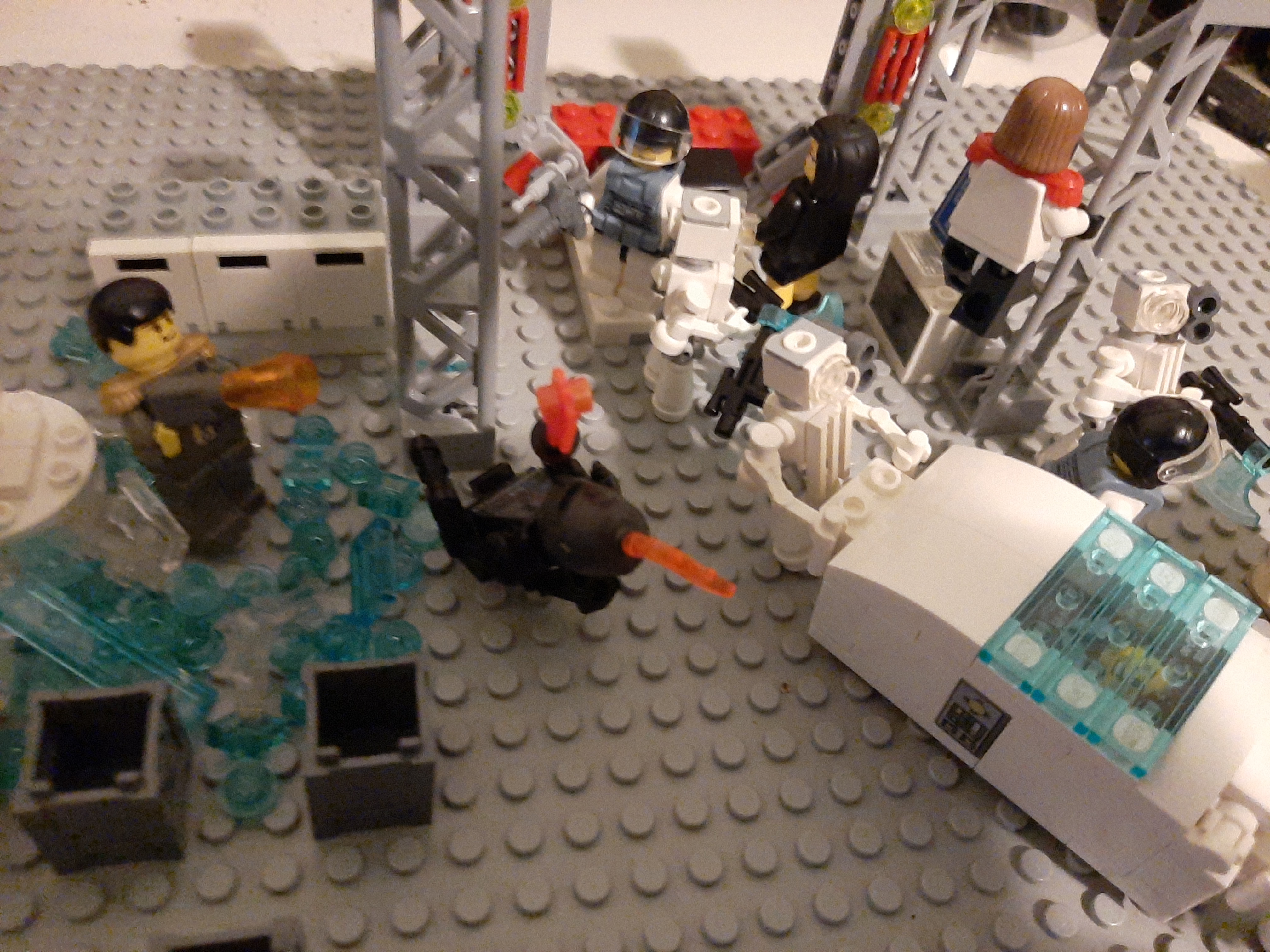 General Yadlin stands up, very much alive despite the years that have passed. And clutches his handguns close to him. "You killed my entire people. Prepare to die"

"I never thought i'd get to finish a genocide! Thanks, Yadlin!"

Two blasts of energy smack into an unprepared Samekhs head, as he staggers back slightly and charges with his OTC. Dr. Mikoto rushes back as the Immortal is now occupied with another fish. She walks over to the console "Thanks for the help." 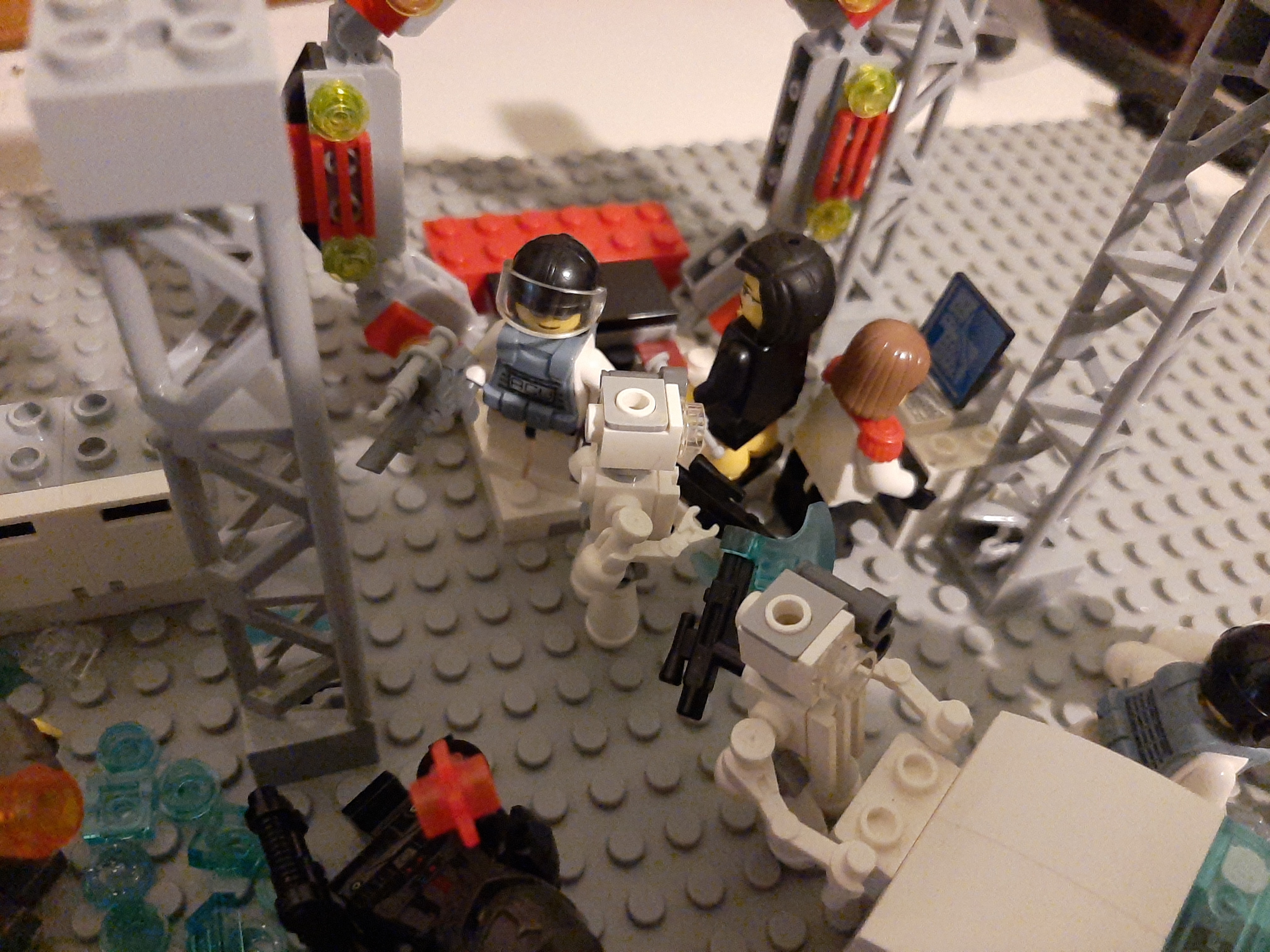 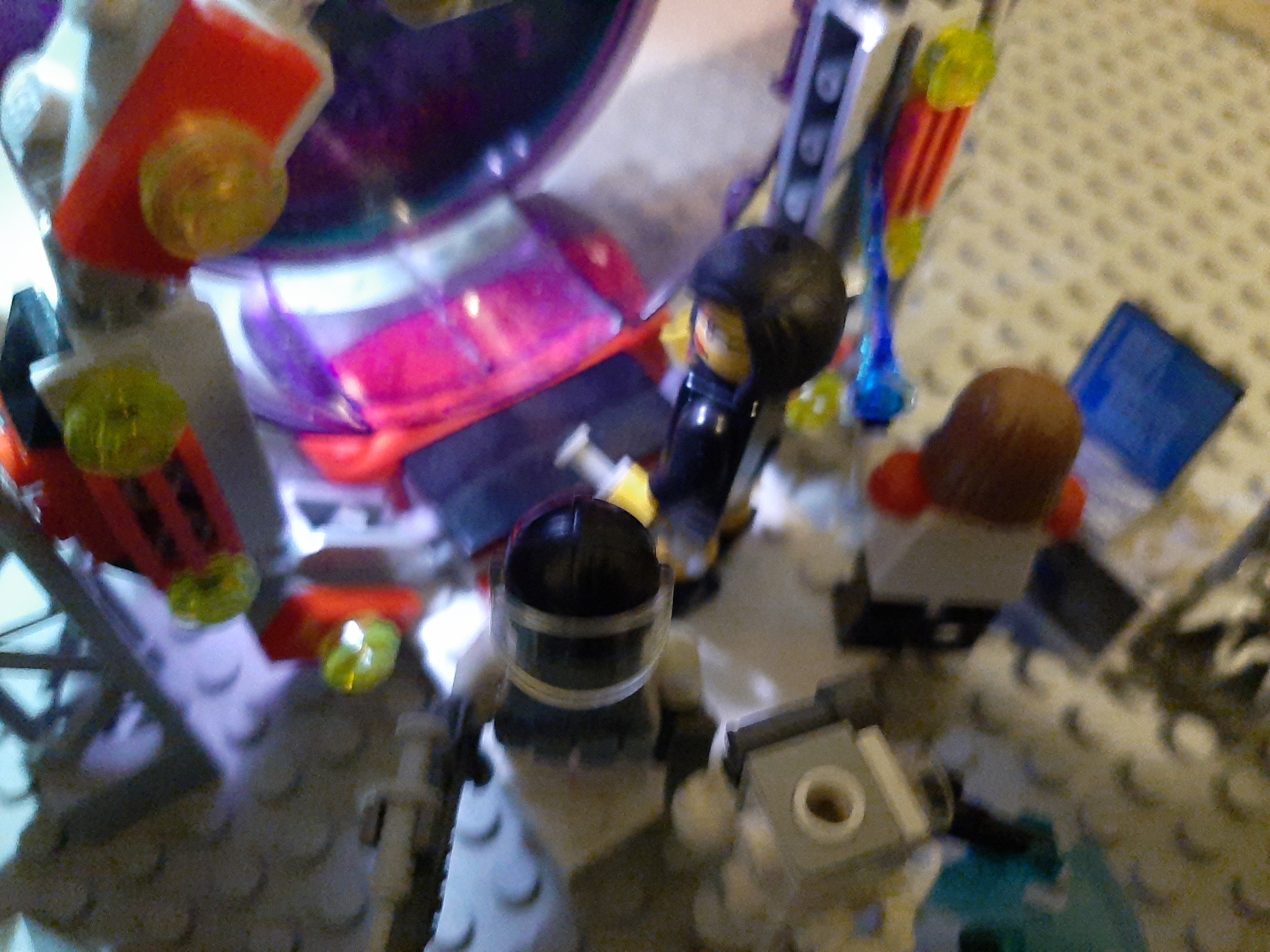 "A compliment from a Citizen..." chuckles a grunt. "This crisis taught me some humility. Now let's start this gate up." responds the esper.
She focusses her power into the construct and it flickers to life. "You're free to come along, unless you want to be Warhead's next play thing after he kills that old diseased fool." Dr. Nagato nods "Let's go."

A falling sensation hits Dr. Nagato as she steps through the portal, and she finds herself standing in a very strange place... 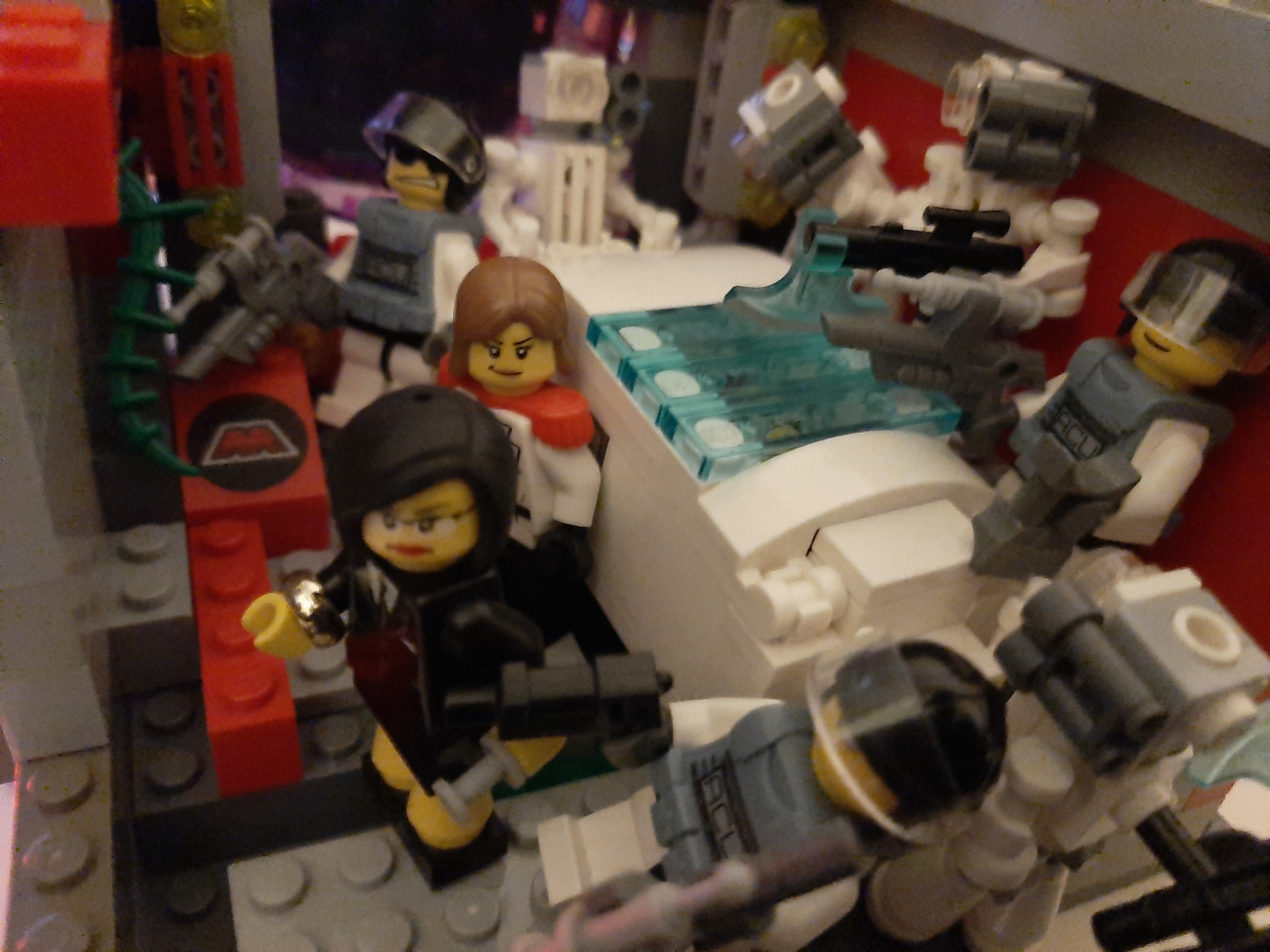