[BF21] The Weight of Knowing

[BF21] The Weight of Knowing 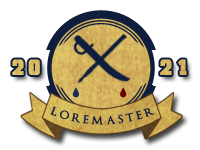 Dienekes scowled as he navigated the maze of corridors that made up the central core of Skion’s mighty flagship, The Violence Untouchable, on his way to the office of His Serenity. Miles below was the scorched surface of a Swarm homeworld slowly being pummeled to dust by the cannons and torpedos of several dozen Skion armadas. The invasion proper was days away, a bloodless affair to confirm the total destruction of organic life and begin terraforming operations, and until then there was little for Dienekes to do. In practice this meant he was constantly at the beck and call of the Serenity, dawdling in his opulent office that the warship was designed around.

The doors to the office, fittingly referred to as The Palace, slid open and Dienekes footsteps echoed in the expanse. A giant window looked into the void, fifty feet tall and hundreds wide, showcasing the masses of ships and transports that added endless munitions to the barrage that scorched the planet below. His Serenity sat on a balcony above, peering out lazily with an empty glass in his hand.

Dienekes was exhausted, not from the toil of battle but from the weight of all that he knew. Above him was the same Serenity that had served Skion since the victory in the First War, but it was not the same man. Dienekes remembered when the career politician with carefully manicured hair was clad in gleaming battle armor. He remembered when he, too, took his place on the battlefield instead of the comfort of an office far from danger. No one else remembered those days, only he, Skion’s only QuantumSurfer, was burdened with these memories.

Dienekes stood in the atrium of the immense office, declining to perform the customary bow of respect.

“My Serenity,” Dienekes acknowledged the man.

“How goes the bombardment? I must say the view here is spectacular!” He asked, making his way down the glass stairs toward Dienekes.

The scowl deepened. They’d had this conversation every day since the fight started.

Dienekes could not talk to this version of his leader. How pompous and unruly he had become. Where was the warrior? Where was the discipline and foresight?

“Very good, very good,” His Serenity continued, “come, have a drink, won’t you? Watch the fireworks with me.”

Dienekes could still remember when he and Eldon stood before this very leader, the same man but altogether different, and were informed of war. His Serenity still wore power armor. Skion still deployed their great mechs. He and Eldon wore different kit in those days, too, before the kanon had been scrubbed and tampered with. He struggled to keep it all straight, burdened with the memories of days and events that vanished from lesser minds.

“I wish you were still as I remember,” Dienekes said after a long pause.

“You were a warrior once, my Serenity. A fighter, like the rest of us. I remember when you sent Eldon and I to war. You removed your helmet, only the second or third time in my presence, so we knew how profound and important that moment was for our people.”

“A helmet? Who do you think I am? Have you gone mad?” Skion’s great ruler said, running his hand through his carefully styled hair.

Dienekes couldn’t contain a sigh. “How I long for those days. You did your duty on the front. You led by example. Now, by a power I cannot understand, you’ve become a despot grown rich on the suffering of Skion.”

“This is outrageous!” His Serenity shouted, pointing angrily at Dienekes.

The hero stepped forward and shoved his leader backward.

“I will tell you what is outrageous, my lord! I remember you standing on a mound of dead to proclaim our first victory over the Swarm! I remember the majesty and bravery of our champion marines and the great violence of Crusader mechs! I remember a dozen histories, all forgotten and tossed aside, and instead of a Serenity forged in fire I serve a politician who has never seen battle!”

His Serenity tried to backpedal but tripped, clumsily falling to the ground and dropping his glass. It bounced away, clinking in the vast emptiness of the office.

“I remember it all. Every tiny, insignificant change that led us from horror to victory and back again. I have stood by, helpless, as our stories were perverted. And I am expected to defend it all! I, alone, am burdened with this responsibility, given to me against my will!”

Dienekes could feel the fear in the veins of his ruler. He watched His Serenity’s blood run cold.

“I will stand by no longer.”

The engine of Dienekes’ orange transparent chainsaw spat and choked, the deadly teeth whirring with the malevolence that only this weapon was capable of. Generations of toil and death had led this weapon to this moment. It was already in his hand, so fast that His Serenity hadn’t noticed until it was too late.

“I’m sorry you had to turn out this way,” Dienekes said, drip tightening around the weapon.

“If only you could be as I remember.”

His Serenity died, then, his blood unceremoniously splattered across the polished steel of his oppressively large palace. The chainsaw spun gleefully, chewing his flesh to ribbons. Dienekes stared at the corpse of his former ruler, his scowl remaining. He didn’t move for a long minute. He waited until the pooling blood settled silently against his boot before moving, a brisk walk to the intercom on the wall.

“This is Dienekes,” he said.

“Lock down the ship. His Serenity has been murdered.”

A siren echoed softly from afar, barely audible through the blast doors to The Palace. There were no security systems here to protect the comfort of His Serenity. Dienekes had a few minutes before anyone else showed up to investigate. He stared out the window as the surface of the planet below burned and cratered. He wasn’t looking, however, his eyes searching for an invisible force that haunted the periphery of the Brikverse.

“Let’s see you change that,” he said with contempt.

Overall, great story of the poor Quantumsurfer struggling to keep track of retkons and getting mad at the plot itself. A couple times your wording got a little awkward is the only real criticism.
Armies: https://brikwars.com/forums/viewtopic.php?f=17&t=18070

Great vivid descriptions of the setting and events! I felt very immersed in the story while reading. I also got a lot of great Skion backstory from just this bit of writing, which I appreciate a lot. Good word choice throughout and the small details really add to the feel.

My criticisms are that the dialogue seems a little stiff, and I would have liked to see some more characterization of His Serenity before he got killed to death. 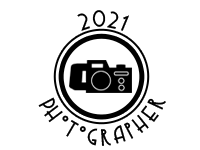 "Lets see you change that"