hey all. I've been looking around these forums for a few weeks. This whole concept is intriguing. But one thing i havent found is real, beefy support of space combat, and more specifically orbital combat and invasions. If I've just missed it, stop me here. Else, im going to start working on a supplementary rule set that can also be used as a stand alone game.

what i plan to do is create a game that is NOT to minifig scale, but links directly into ground based minifig combat. This will allow for large warships to be present in all of their scale kilometer long glory without having to worry about minifigs.

so here are the basics

first off, i'll implement a uniform weapon set. I'll create a set of weapon models that can be created out of average, common pieces for ease of comparison. There will be allowances for custom weapons within the rule set, but there will be strict weapon classifications they will have to fit under.

second, a large part of this system will be its ability to support full scale campaigning, as in, each ship will have the capability to carry troops. If an attacking fleet makes it through the defenses, it can land those troops, and those numbers will translate to the allowed forces of an attacking army in the ensuing ground combat governed by regular BrikWars rules. Dropships and ground support fighters and the like can be simulated by smaller minikit style versions for space warfare. I will also write a plug in for ground combat relating to Orbital Strikes and Carrier Strikes.


I will provide the means to create a full order of battle, from system patrol corvettes to full on Super Dreadnoughts. And i DO plan on expanding this to include MULTI star system warfare, including rules about supply lines and convoy warfare.

If any of this has been done, lemme know. Im still going to do this for atleast my own amusement, but id like to know if i have any competition out there, or if there's lesser rules that i can draw on.

Also, if anyone is intrested in helping me develop this, feel free to contact me. Im on skype almost 24/7, use my forum email.
Top

There are allot of rules for Micro space if that is what you are looking for.

and as far as i can tell, most of the PBB space games out there are dead, or atleast the sites they were hosted on are dead.

and from what i gathered, they weren't as large scale as i want to do.

I've also flipped through standard BW rules on space, and i find them... inadequate. as i stated before, the project im working on will work with Model type ships, IE, not big enough to use Minifigs, but in scale, much LARGER than minifig ships as they exist today. I've just finished building the first of my demonstration ships, of my demonstration race, the Atzari. It's called the Vanguard - class Destroyer, and its about 13 inches long, but represents a ship that is around 625 meters in length. I've settled on a scale of 1 inch to 50 meters

Im pretty much building a 4X plug-in for BrikWars. Im going to write the small scale tactics rules first, so that i can release it and allow you folks to test the gameplay and construction rules, then work on the metagame aspect, like planetary, star system, and interstellar rules. the project has the current working title of BrikWars: Empires.

EDIT: Finished the so far unnamed Heavy Cruiser. About 17 inches long, comes out to about 850 scale meters
Top

Yeha, I've noticed that everyone complains for a lack of space rules, so they make their own, even though there are already several. I think that

as i mentioned, for my purposes, woefully insufficient.


Starships are defined as any ship capable of independant faster than light travel. There are many subclasses, from warships to civilian transports. Any ship you build for BrikWars : Empires must fall within one of the predefined catagories listed here. (More detailed rules about what a ship class can carry for equipment will be listed later in MODULE 2 - Empires)

The scale for ship building is 1 inch:50 meters. Note that listed variants are not all that can be made. You may create a variant so long as it fits the rules in MODULE 2.

Destroyers (DD) - Heavier than a Frigate, the Destroyer is the first primary combatant available. They range from 200-500 meters in length, roughly the same size as a Frigate, but have heavier armor and thus have slower top speeds. Thier loadout tends to be only slightly heavier than a Frigate, and can carry the same ammount of strike craft on external racks, but they can take much more of a pounding for the cost.
Possible Variants
DDS
DDE
DDG
DD(LDA), Landing Dock. Used for Marine transport,
DDH, Heavy Destroyer. Used as either an outdated design or new age design, with heavy spinal firepower but low speed

Heavy Cruisers (CA) - The Cruiser, Armored, or Heavy Cruiser is the most common ship in any fleet. Carrying a versitile armament and moderate armor, while still maintaining a decent top speed, these ships patrol the voids at the borders of your empire, as well as providing screening for larger, more powerful warships. Heavy Cruisers tend to forsake strikecraft for heavier armor and weaponry.
Possible Variants
CC, Command Cruiser
CG, Guided Missile Cruiser

Battleships (BB) - The lightest 'Ship of the Line', the battleship carries large amounts of armor and weapons, but is very slow.

Dreadnoughts (DN) - Typically an improvement on the Battleship, they tend to be faster, but carry equivilant armor and weapons

Super Dreadnoughts(SD) - The true master of the battlespace, the SD is capable of anihilating anything smaller than it with ease, with titanic armor and numerous weapons emplacements.
Top

I think the problem is too many rules not enough players.
▲
▲ ▲

The lack of rules is due to lack of players, the lack of players is due to the difficulting of finding rule-sets, I remember when this forum went micro-space mad, then their was the space-race to see who can build the biggest mini-fig scale fleet.
I personly prefer microspace since most minifigure ships to me seem to be incapable of a round trip of the earth.

Space is GIGANTIC, the earth is a dot with in it, to have a space battle that involves multiple stars... your ships would be impracticle small and the distances would be vast, you would have to hire part of a country for a year to play it! Distances between stars are normally measured in LIGHT YEARS, If your ships travel at the scale speed of light it would take you YEARS to play the game!
"some people are like slinkies there really good for nothing, but they still bring a smile to your face when you push them down a flight of stairs"
"Triangalism! What's the fuckin' point!"

The worship of allot of strange gods.
Top 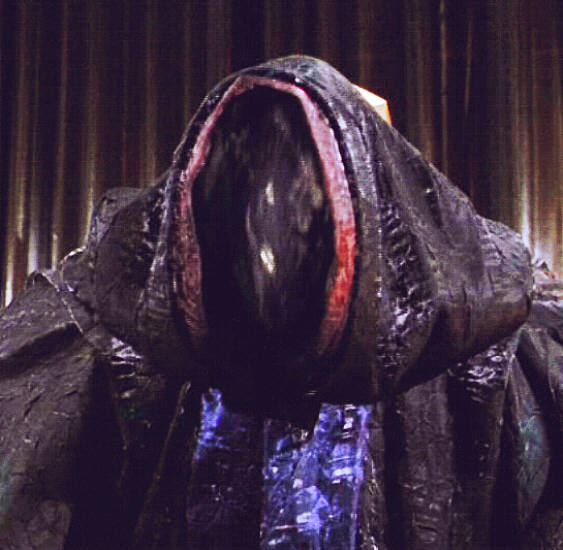 Does SG1 know you're up and about there fella?

Glad to see your Ship Class list agree with mine. Ha! Get it right up yah Dalinskinator!


neways, yeah, im aware of all the other rules, but as I've said, they aren't good enough for me. Im building up a rather complex ruleset for just the tactical combat, let ALONE interstellar empire rules, like research, social upgrades, population, industrial output. Im going all out here.
Top

I like the ship designations, I'm just hoping there is enough variations with your module to give players enough to "play" with.

(As you may have seen, i just went on a rampage of a post in the armoury . . . so anything like this interests me, I just never get a chance to play D= )
-- WARNINK -- LINK BELOW IZ KNOWN TO CAUZE HEMMORAGE --

as far as race creation, i'll have a massive list of modifiers and such, as well as a massive list of possible weapon trees. So essentially, while ships must fit into a class designation, one person's destroyer could behave completely differently from another person's based off of race restrictions/bonuses, weapons choices, etc.
Top

I'm from Holland, so I'm allowed to make grammar mistakes right?
At least I don't write as bad as J+B used to do.


NatalyaAF wrote: think the problem is too many rules not enough players.

I agree about the amount of rules, but I think that as soon as somebody (Rayhawk) comes up with easy excecable rules people will start playing more small-scale space battles.