The Rule You Need

piltogg wrote:what if there isn't anything to explode on the vehicle? like if it's a horse or a bicycle?

In that case, the horse explodes violently in a burst of blood, and the impact cause the parts of the bicycle to go flying and impale people around it.

But then you wont to be to hijack it

Which is the primary purpose of a self-destruct mechanism.

I don't like the idea of minifigs ejecting to safety whenever something goes wrong. It's cowardly.
BrikThulhu eats 1d6 minifigs each turn.
Top

Gungnir wrote:I don't like the idea of minifigs ejecting to safety whenever something goes wrong. It's cowardly.

Ejecting only keeps you safe from the crash, but you still have to land somewhere.

Maybe there's only a chance to hit the eject button before the place goes kablooey?

Emergency Mechanism(+1 cp); In the event of vehicle destruction, roll a d6 for each crew member in the vehicle. On a roll of 6, that crew member is ejected (Vehicle Size x 3)" in a direction chosen by the player owning the vehicle. You may trigger the ejection seat as a standard action, leading to an automatic success and the destruction of the vehicle.

Perhaps the horse wasn't killed so much as wounded badly enough that the xenomorph symbiot decides it's time to leave and springs forth in a bloody, horsey gore-pile. That'll teach Mr. Fancy Knight to kill innocent warhorses instead of their minifig riders!

Well minifigs can already bail right? It costs an action, but you get to go 1d6". Combine that with a parachute, and you've more-or-less got an ejector seat already. Technically speaking, I think an ejection seat might be considered a vehicle; I imagine it'd only move for one turn's worth though, because spending any longer in an ejection seat is kinda

So maybe an ejector seat would have a set speed versus the variable potentially bonus speed of a d6, or maybe just use a d10 for bail rolls?

On the subject of explosive vehicles, I let any vehicle that seems even remotely explodey turn into an explosive of half its original Size when destroyed.
The Disc Wars
Top

Gungnir wrote:I don't like the idea of minifigs ejecting to safety whenever something goes wrong. It's cowardly. 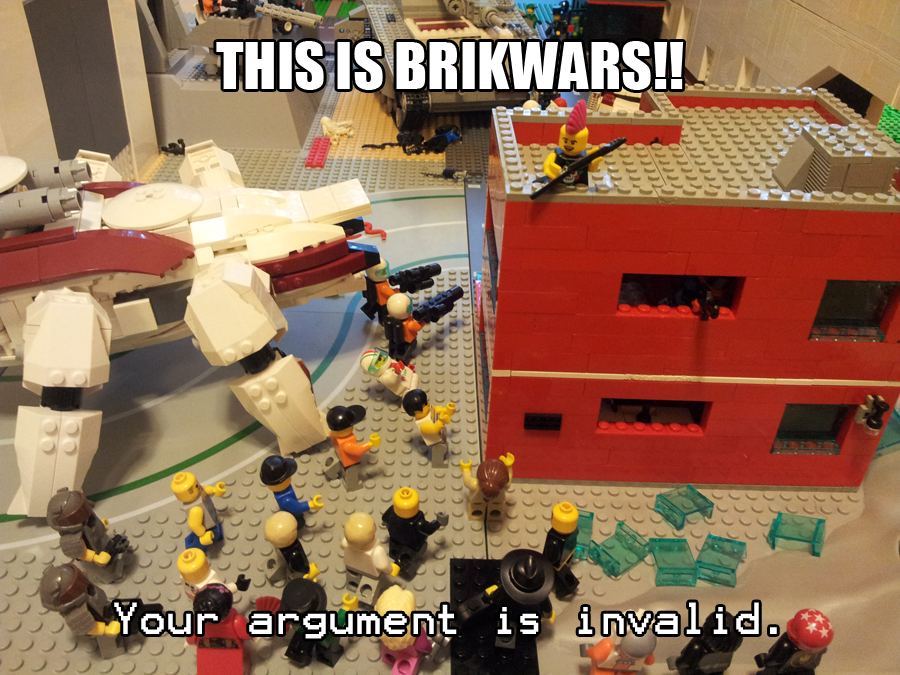