by aoffan23
So um... turns out preparing for university was a little more demanding than I thought. I'm currently 5 hours away from my briks and I now have work to do.

Sorry about the lack of updates, but there was a lot going on during the first week. I keep thinking I'll be able to keep the next promise I make, but it always fails. My bad. If there's another chance that this will happen, I'll be sure to let you guys know.

by samuelzz10
Thanks for the update.

by CADmonkey
I'm late to the thread I know, but I just wanted to comment:

I love this idea!

It reminds me of a game I played in the spring at CanGames: Beyond Armageddon. Each player started with a single hero mini and as we explored & killed monsters, we accumulated points that we could use to summon minions & vehicles.

This might be an interesting idea for a convention game.

by aoffan23
Finally, some good news. I'm on summer break, I have a 4-bedroom place all to myself for three months, and I'm not getting many hours at work. That last one isn't really good news for me, but it certainly it for you! I'm starting this bitch back up again. Silverdream, samuelzz10 and alphafalcon, you all still have your spots (I'll send out PMs to confirm in case someone doesn't read this, but if you are reading this then please make my life easier and just reply here to confirm). I'm looking for a fourth player, so like before I'm asking here first. If you're interested, let me know and give me a description of how you want your minifig to look.

I can't start this battle right away for a few reasons.
6) I haven't made the battlefield or enemies
7) I haven't 100% finalized the rules yet

Rest assured though, I'm legitimately going to try to make this happen. I have the Bag-o-Parts mostly filled again, and I don't really have anything better to be doing with my time.

by aoffan23
While preparing for the forum battle, I did a few sample picks from the Bag-o-Parts to see if I'd put good enough parts in. I figured I'd post them here for inspiration. Each example was a random pick of ten parts. The spare parts are shown on the ground. 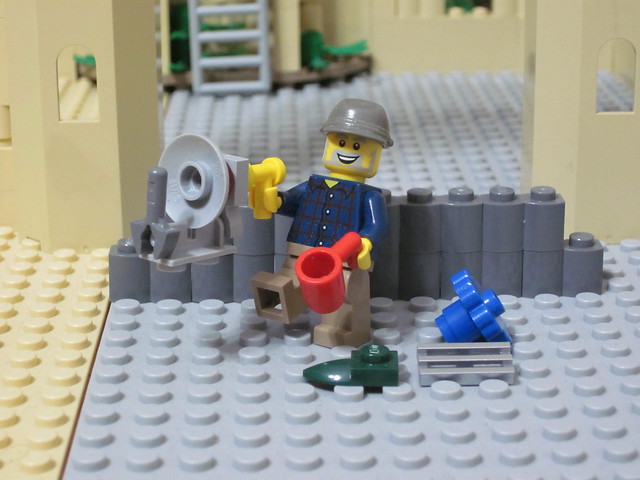 RedGreen, armed with a microwave gun and a cup'a Joe (speed boost?) 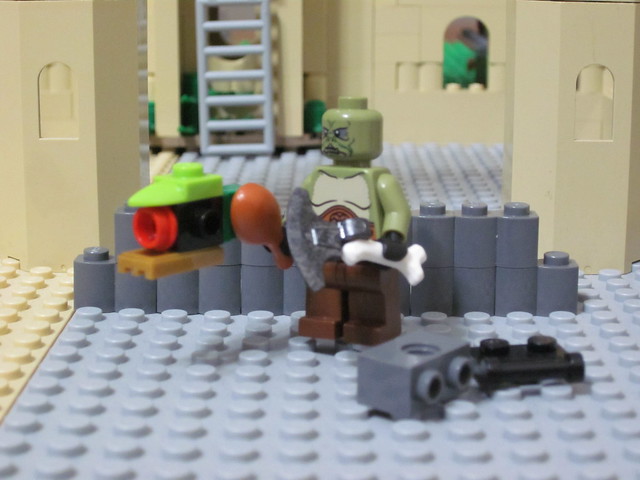 Grozbagh, armed with a bone axe and the Club Sandwich Cannon (on a crit, stuffs the enemy with so much food that they explode). 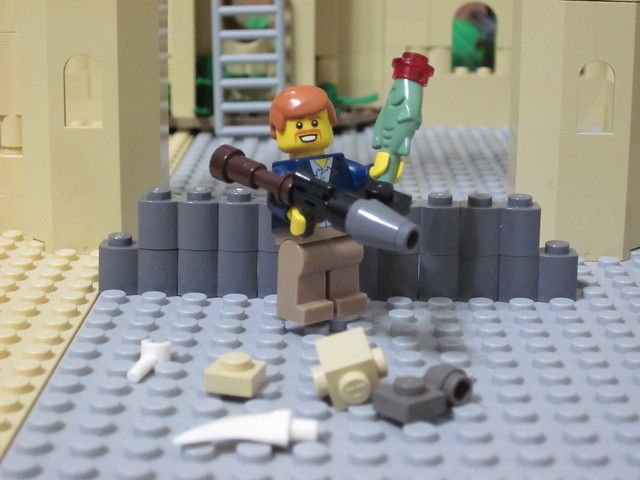 Seventy McDad armed RPG and fish grenade. It would be was cooler to make a rocket-propelled fish, but I found it hilarious that I accidentally made what I think is the best Lego RPG with a random parts pick. 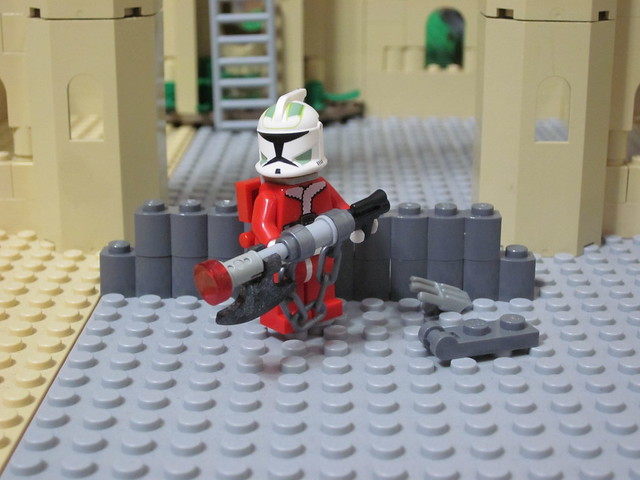 Manly Fuckin' Santa with helmet, backpack, and Rudolph the Red-Nosed Laser. I should note at this point that the minifigs were also randomly chosen, and that some of them got absolutely perfectly themed parts out of sheer luck. 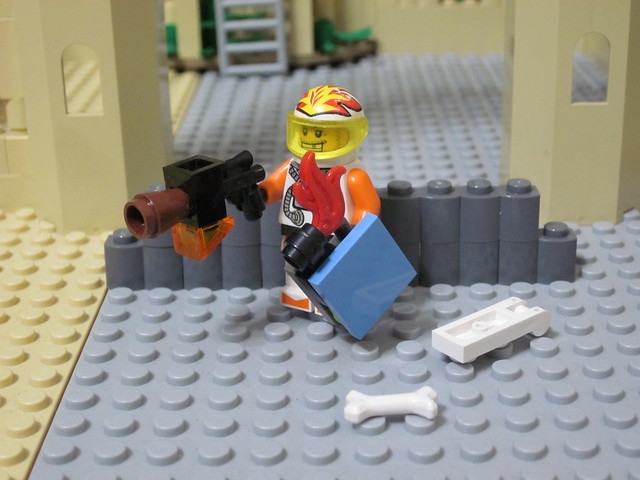 Blaze McFireguy with flame pistol and flame shield. Another example of "how do these parts match this minifig so well?!" 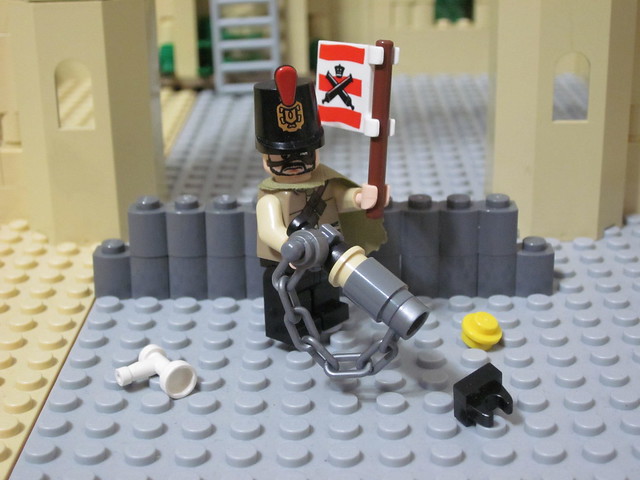 Shady McStranger with repeater gun and cavalry flag (gets a free sprint every turn, but with no crits) Hat added for extra theme coherence. 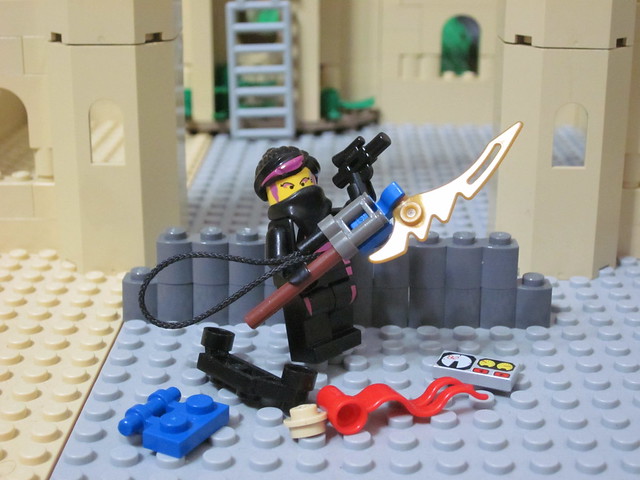