Vami IV wrote:lol Poland that dude in the foreground is a Heer footsoldier

Uhm, no. The 10th Motorised Brigade actually used leftover stahlhelms and trenchcoats from WWI as parts of their uniform.

CADmonkey wrote:Picked this up at a used bookstore the other day: 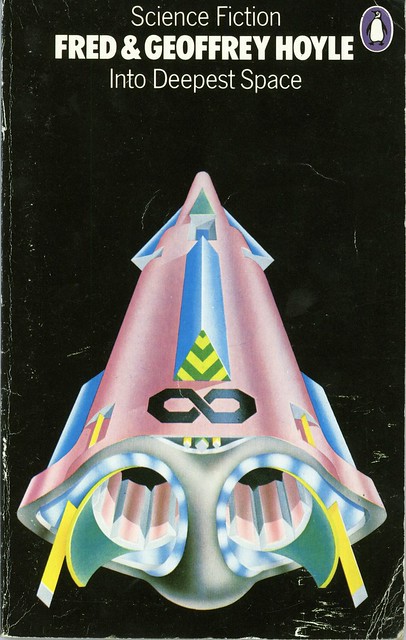 I keep getting odd looks while reading this book on the bus. I wonder why?

You could ride a bike, maybe?

Oh well. Who would imagine a book with a pink space penis on the cover would be boring?
Just Monika
Top

Vami IV wrote:lol Poland that dude in the foreground is a Heer footsoldier

Uhm, no. The 10th Motorised Brigade actually used leftover stahlhelms and trenchcoats from WWI as parts of their uniform.

you're the expert
Top

75080 AAT!!!
At $24.97 USD, this set is another must buy, and not just so you can have Briktoid Representation in all of your Forum Battle!
This version is a work of art built to tonk, it's so damn solid you just want to ram shit with it, and you get a free Jar-Jar to do just that to while you steal his awesome shield to give to a worthier fig!
Only real downside is the gimmick; The Technic leavers used to trigger the Spring Launchers don't always hit the back end of the missile hard enough to set it loose, but that's probably the price you pay to have it so well integrated and hidden in the model, as you can barely see the missiles when they are fully inserted.

On the Briktoid Wiki Entry, I noted in the photo comments that the driver position wouldn't accommodate fat organic assed minifig without modification.
Actual testing has proven that a regular minifig can STAND in the cockpit, so they could feasibly control the vehicle, but like the gunnery position they would be completely open to direct fire.

Well yes of course, zombies are notoriously poor at moving in files...


stubby wrote:Did you even look at the photo? Those tacks are for running wire along the bottoms of walls, not ceilings. They'd just fall out of a ceiling.

Did you look at mine?
Because then you'd notice that there isn't a wall bottom to run the cable along to get to the stairs...
Best I could do that way is running it all along the wall of the Kitchen, which would require some 40' of cable running above or behind the kitchen appliances.

#7929 Battle of Naboo!
DROIDS OUT THE WAZOO!!!
While I only paid $24.96 USD for each of these bad boys a little more than three years ago, Bricklink currently has a Quality Average Price of $49.69 USD!

A bit of an oddity I notice is that this must have been when they began switching over to the flat-tipped Arial Rods; My first Gungan Warrior on the left has the good old rounded tip version, but the two I opened today had the new one...

I also noticed a difference in the Jar-jars from this set and the newest AAT; All the older Jar-jars are on the brownish side of tan, while the newer ones are more of an orangey-peach.

Insert_blank wrote:Bagels you should start a blog dude. I would subscribe to it.

Yo Mike, any idea why lego sets cost so damn much these days? I remember when this thing was about 15-20 dollars but now even the smallest set is like 10 bucks
Top

Brickset says it was sold for 25$ back in the day - maybe found it on sale?

Anyway, this article sums it up best I think - http://www.realityprose.com/what-happened-with-lego/

Legos have always been expensive. I don't know what you're smoking Vami.

I have a few new sets I will share as soon as I get pics. THis post is here to remind me of this topic.
Blown face Cologna

75089 Geonosis Troopers!
I was recently reminded of my love of small Chicken Walkers, so I decided to get this Battle pack, and honestly it doesn't really disappoint.
The walker itself is relatively simplistic, just a body built over the Multi-stud Shooter gimmick with a couple of Click-hinge Legs, but it gets the job done by being able to stand on its own in a variety of poses as well as the struts for the legs serving as point for the other two troopers to desant from as shown.
The Troopers themselves are great, While they are basically the same Phase three and Advanced Troopers that came with the Utapau Trooper Pack, their burnt orange base color and digital camo design makes them far more Brikwarzy.

That said, there ARE issues...
At 105 pieces, the $12.97 USD price I paid is a bit steep, especially since they ONLY GIVE YOU FUCKING STUD SHOOTER!!!
I mean, I'm fine with HAVING Stud Shooters in Battle Packs, but Jeez Mike who do you have to get a memo to for us to get a couple of blasters in there?
I don't think anyone would mind two of each in a four figure set.
Also, I was initially mislead by the labeling on the back of the box, which features four LOADED Stud-shooters labeled "X4" and a pile of BT Studs labeled "X20," as you can see from my picture, you only get twenty Studs over all (besides the obligatory spare), giving you enough Studs to reload everything.

Also of note is the continuation of the split of facial expressions, which given the two types of Trooper allows you to make each one unique.

...Of course, since I don't remember the SAW on the bottom being a Halo Weapon, makes me question how much of this was brought over from their Call of Duty line...

The Shotgun also looks different, but that might just be a redesign...
What IS a welcome cross over from the CoD MB line is their Figure Construction.
The switch over to a basic figure "skeleton" makes the resulting Figs far more poseable and less chunky, and the cost of a bunch of TINY PAIN IN THE ASS ARMOR BITS YOU HAVE TO BLISTER YOUR FINGERS TO GET ON!

Oh, something we also discovered when wandering the toy isle...
MOTHERFUCKING MICROMACHINES ARE BACK BITCHES!!!

Oh nice!
I have a bunch of MM cars, trucks, construction vehicles.
I also have 15mm lead figures from Traveler, the ancient RPG.
So I made a MadMax style tabletop game.
Top

The SAW is in halo 4.
Blown face Cologna