This set has so many rad pieces. I'm drooling over all the LBT elements

Traded some stuff away and got this in return: Eh, I've seen a lot of Camo that uses the same "Earth Red" as a base.

And here is her Thread Gimmick(TM).

And a finishing shot of the Gollum(TM)-a-pult(R).
This set was actually where I started to entertain the possibility of doing the Pseudo-Arachnids with stock sets.
At $19.97 USD for 227 pieces, it wasn't a bad grab, especially now that Bricklink is listing it's Quality Average Price at $58.42 USD.

Inexplicable cockpit in a ship known to have it's own Droid Brain!

I like that these door bits that normally serve to slide the bombs off not only flip out for easier loaded, they also serve as landing gear in this position!

Here's what it looks like with the doors up.

And here is the nitty gritty of the bomb dropping mechanism, pulling back on the butt rods causes the pins holding the bombs to slide out past the doors.

As you can see, I've been wanting one for Briktoid, and she gives something for all those pilot droids I've collected to do.
While it's real name is the Heavy Missile Platform (HMP) Droid Gunship, I'm thinking of christening it after our Goderator since it really doesn't have much in the way of Missiles...
I picked this up on Rollback at $35.00 USD, much better for the 439 pieces than the $49.97 USD they originally wanted.

Halo MEGA BLOKS Covenat Weapons Customizer Pack
While $7.97 USD is a bit much for only 52 pieces, this set is pretty much entirely weapons, half of which feature decent paint detailing.

Here I tried to get a shot showcasing the Elite's "Micro-Action Figure" build, same thing I pointed out earlier with Victor Squad.
The arms use the same pin joints as the human figures (The right forearm on this guy has a bad habit of popping out), but what you probably can't see is the difference in his legs; Both bends are jointed, allowing this Elite Minor some Serious Squatting Action!

And finally we have #75035 Kashyyyk Troopers.

This was on rollback, $9.00 USD instead of the original $12.97, but the real reason I got this was so I didn't have just the one Green Clone Trooper.
As you can see here, it's actually a pretty good color and camo combination for Brikwars, but as a modern Battlepack it suffers from arming these Troops with nothing but Stud Shooters.

Oh, and I might have ended up gathering up allies for my two previous entries to host a Forum Battle...
Top

Valiant wrote:You know, you could be our Lego set reviewer...

You know, he could be a priceless Steinway! 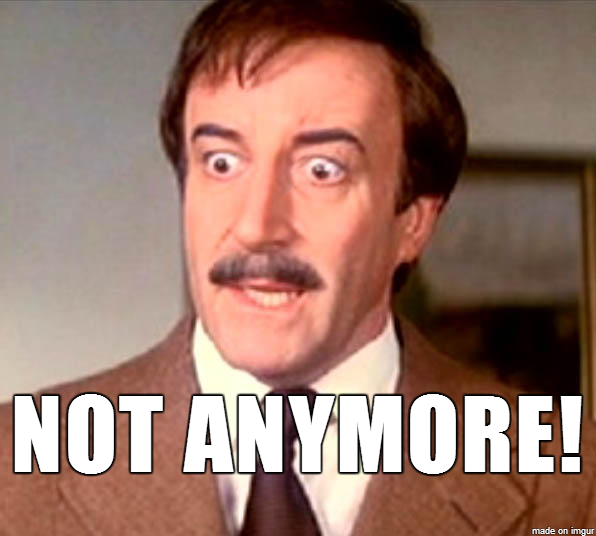 That Shelob set was by far the best of the LotR line. I really wish I'd bought a second one.

aoffan23 wrote:That Shelob set was by far the best of the LotR line. I really wish I'd bought a second one.

It is definitely one of my favorite sets, that's for sure. I'm trying to figure out how to turn Shelob into some kind of weird Spider-ship for my combined Monster/Pirate army.

On the loot subject, no pics, but I got my bonus from work yesterday, and went to the Lego store at Hugedale (tm), a.k.a., the Mall of America. Got the Pirates chess set, a dozen of the Monsters series minifigs (random grabs for the most part - wound up with two witches, two female ghosts, two catladies, one male ghost, pirate zombie, cheerleader zombie, flyguy, plantthing, and frankenrock. I also scored three packs of Chima crocodilefolk on clearance at a local store, a pack of Chima ice-sabertooth tiger people, and a bunch of random minifigs!

The Chess Set minifigs will beef up the crew of my Pirate fleet, the Chima crocs will get shorter legs and become Kobolds (anyone know who Captain Fang is?

). Pirate Zombie Captain will get an undead-crewed ship, and if I get the time to finish rebuilding and modding my fleet, I WILL post pics of a massive naval battle on the living room carpet, which HAPPENS to be blue! MUAHAHHAAHAHA...haha...ha.

Why no pictures? Because my phone takes crappy photos and I haven't had the time to dig up new batteries for the actual camera. 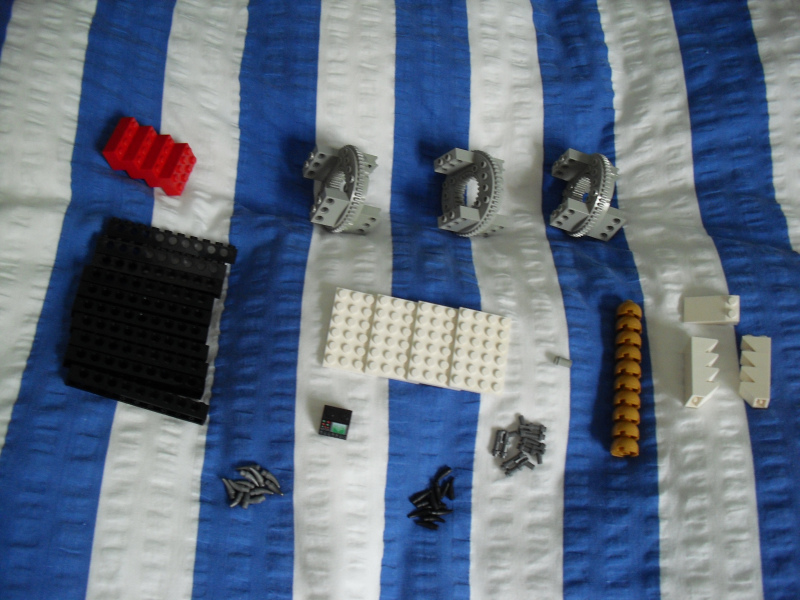 So, I just ordered from Bricklink for the first time in roughly two years. Expect something from me sometime next week. 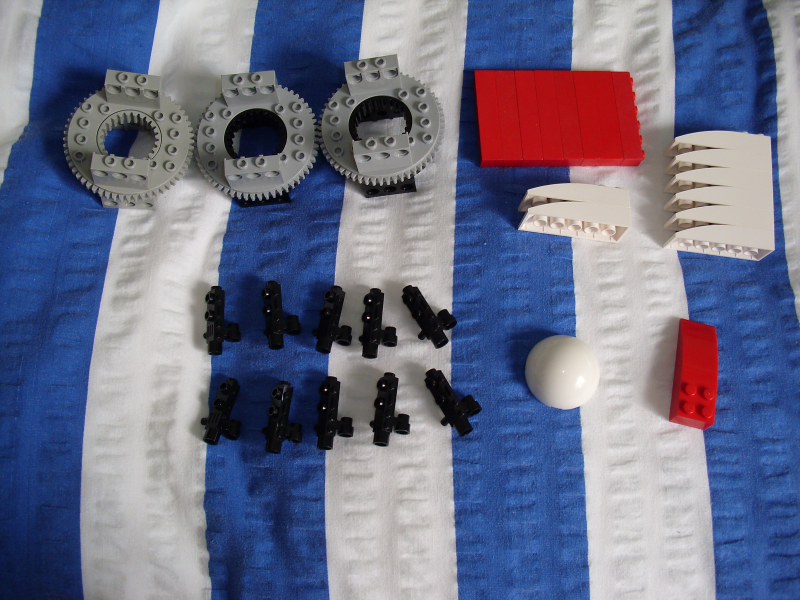 What do you need all those turntables for? An Armored Core?