A battlefield I'm working on for my next forum battle: 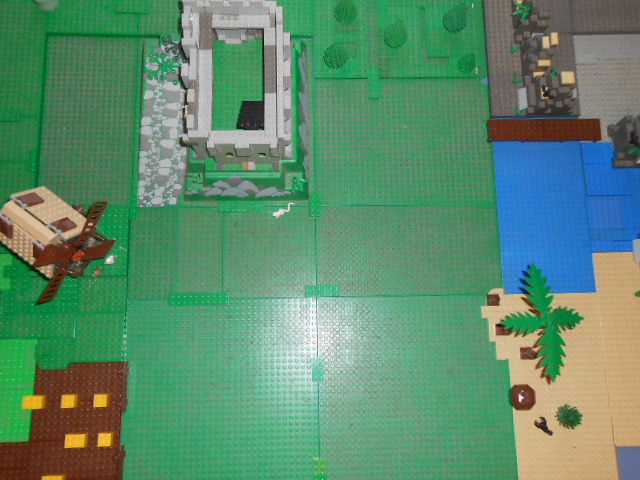 There's a mill with a wheat field, a small keep, a beach, an inlet, a bandit cave and forest's edge. Also holy fuck there's a lot of dust on my base plates. 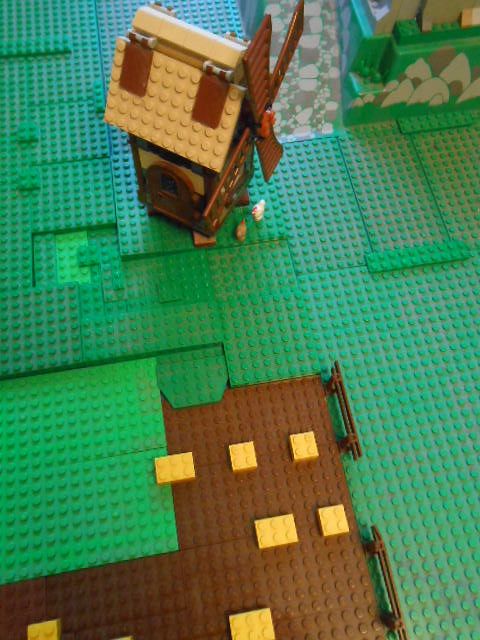 I have limited space (just this table) and baseplates so building battlefields is always a challenge to me. I want to have stuff on it but also not take up too much space with it, keep areas accessible, provide multiple ways for players to go, while still having some chokes and cover here and there. 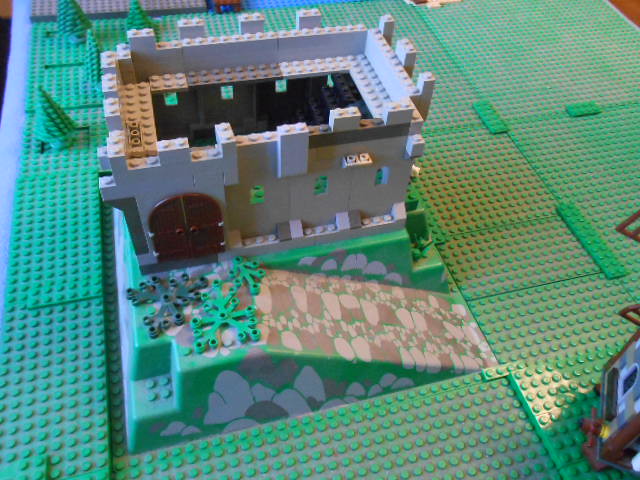 I debated leaving that top open until I realized it could be a good starting location for one of the factions. 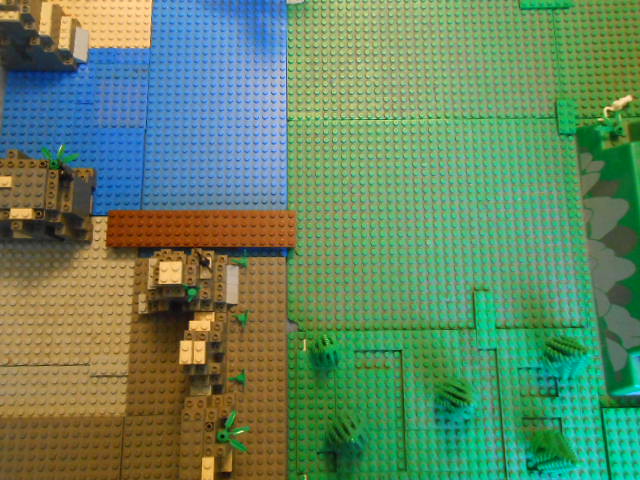 The bandits have a retractable bridge they pull back into their hideout, often frustrating armoured opponents trying to chase them. 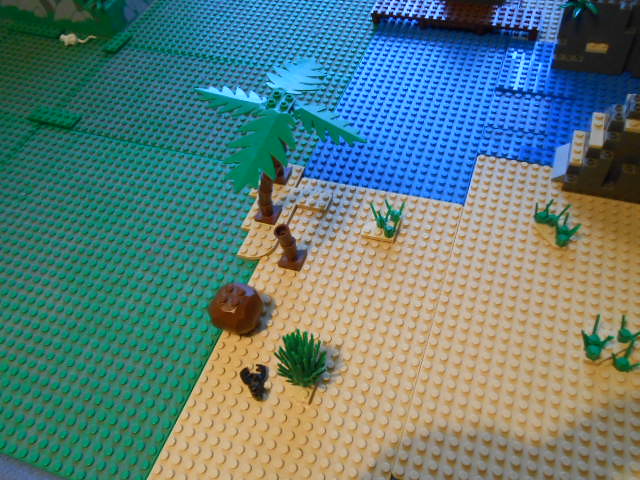 The beach. I already have an idea of which factions I want to put on the map and what the objective will be. I'm waiting for some d10's to arrive in the mail though.

Of course this gives me time to still make some additions to this Pesgores approved battlefield. Suggestions welcome.

Some suggestions:
The area between the beach and the wheat field needs . . . something. A tree, some rocks, something to maneuver around and give some cover.
You know, that inlet looks exactly like the sort of place a sea monster might live . . .

Overall this looks great, I'm guessing water demons and some other evil faction vs loyalist guards and farmers, with bandits attacking both sides?
Times banned by Natalya: 8 (+ 1 alt).

Looks like a good space to me; looking forward to the battle!
I make apocalypses and apocalypse accessories.

Always excited for a Brag-battle.

Some suggestions:
The area between the beach and the wheat field needs . . . something. A tree, some rocks, something to maneuver around and give some cover.
You know, that inlet looks exactly like the sort of place a sea monster might live . . .

Overall this looks great, I'm guessing water demons and some other evil faction vs loyalist guards and farmers, with bandits attacking both sides?

Well... cancelled... I didn't keep track but I just looked and the last turn of Hold The Line! was posted on Nov 28, 2016, so it's been over a year and a half, and I only cleaned that up a couple days ago.

The Photofuckit disaster and lots of stuff that was going on and leaving me preoccupied (mostly getting my diploma and starting to work for real afterwards) all contributed to that... I also wasn't happy about the battle. I think it was one of my weaker ones which made it more difficult to commit to it (people not sending orders also didn't help).

It's also taught me to keep everything more simple. I remember having to check stats a lot. With the 2018 rules it should be easier to keep things simple as well.

Since Garth basically got through 1 turn in already that was a win for the good guys, they could have lost in the end (as intended) but they would've bought so much time before they got overwhelmed.

You're right about the middle. A happy little tree now lives there. I've also made some other small adjustments to the battlefield. Pics (and possibly Sign-up) tomorrow.

As for the factions, we'll see how it goes. This would take place in the Kingdom after Cales' coup, so it could get pretty chaotic. After such a long time gathering dust all of my minifigs are thirsty for blood.

Cales' imperials will make a showing for sure, there could be refugees, (Bull) fugitives, renegades, Kingdom loyalists, (rebelling) farmers, and more.

As for that water monster, it's only a small inlet... but we'll see.