The MOCs That Made Us

Funny enough, lego might be a bit cheaper in the long run, but not by much

ReconMiner wrote:Funny enough, lego might be a bit cheaper in the long run, but not by much

Cheaper than playing Warhammer? 25 years ago, when I started playing, a Leman Russ battle tank was about $25. My latest army, "Zodoff's Grot-Tank Battallion," is mostly (about 80%) sheet plastic and bitz from my parts bins. 2000 points of Grot Tank army has cost me under $100 so far. Remind me to post pics one of these days. Although, given the amount of Lego I have currently, the Lego *IS* a little cheaper since I don't NEED to buy any to play Brikwars.

I've never made anything grand, my thing has always been minifigs.

However, My first proper Tank, I have kept in spirit for the last 15 or so years. I built it when I was 11 or 12 years old. Compared to the pic you'll see below, it had corner slopes on the 4 corners of the turret, and it was completely grey.
I made a duplicate of it when I was young and gave it a different turret to differientiate, the 2nd turret model would later become the basis for what came to be known as the Kodiak Tank.

I don't have any pictures of it's original appearance, but when I joined Brikwars in 2011, I had an early version of the tank built, you can see it off to the right in this old picture

Years later when I started getting serious about making a cohesive faction, I updated it and re-did the color scheme 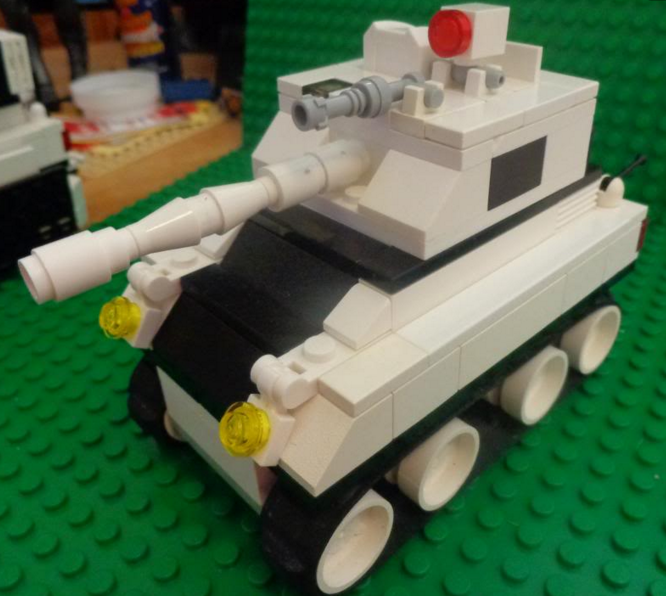 This didn't last for long, as I ended up building a 2nd, and then added extra armor to the 1st... liking it so much that I wanted to make it the standard, so I scrounged together the parts to make another armor set 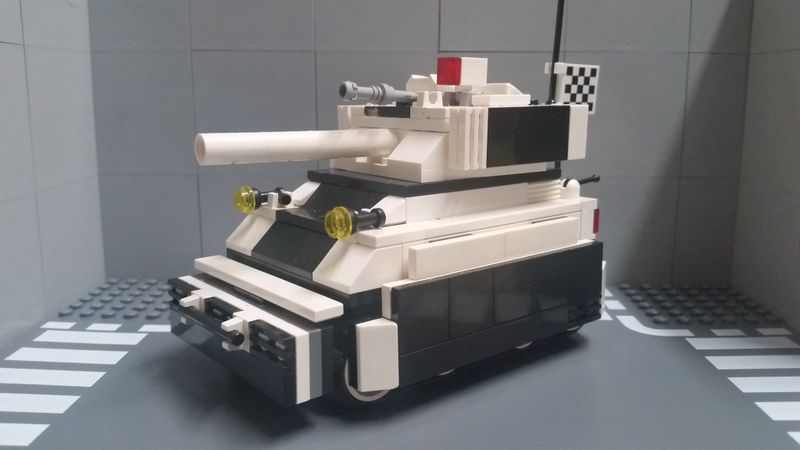 Then about half a year later, I pulled a massive faction expansion out of my ass, I bought and built 2 more of the tanks, and hundreds of minifig parts, and the faction formerly known as Galacia turned into a lard-ass overnight. You can see by now that I had made 4 of them, at the time of this picture, this was around the same time I stopped adding on to that faction and started making other factions because, I ran out of white briks 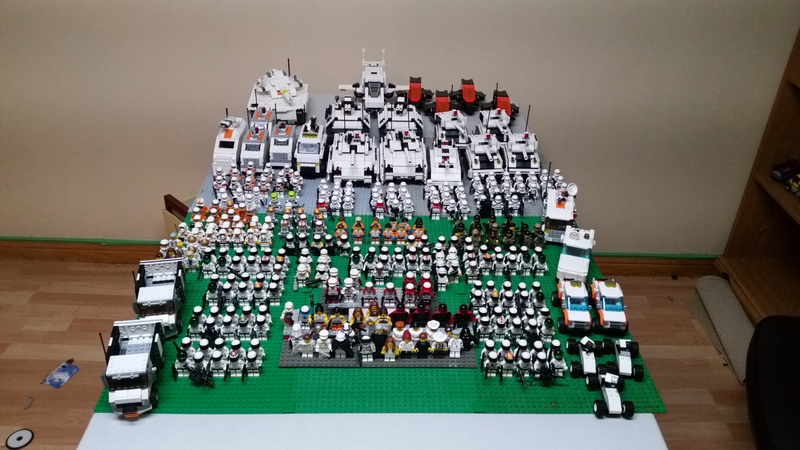 That one tank was a foundation for my later designs, I liked it so much that years later I still make vehicles built around the same basic chassis. 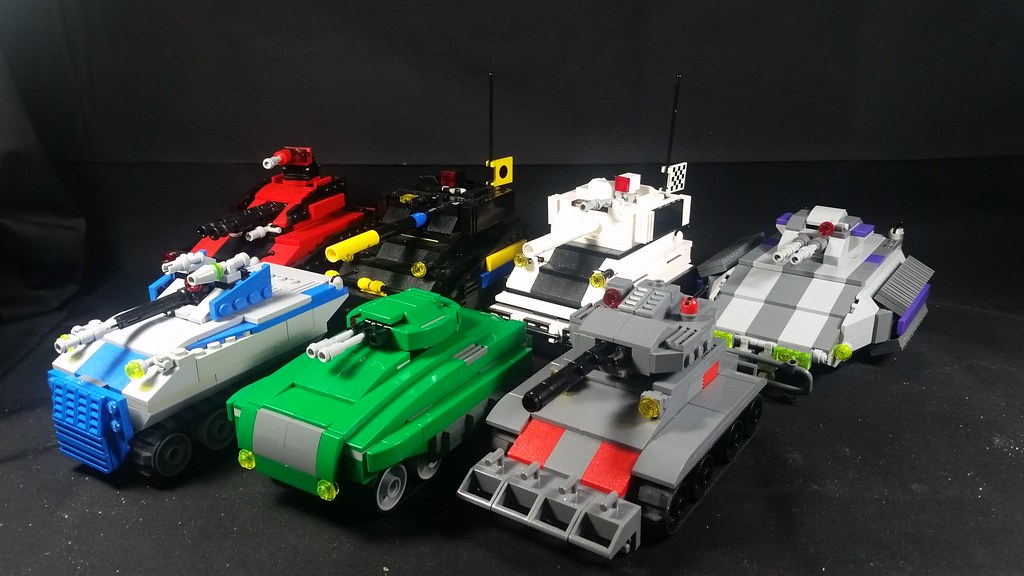 Funnily enough, when I made the white and black tanks, it left me with shells of the old tanks, for a while, I used them as setting props, old rusted out tanks from ancient battles... however they were evnetually reborn as new vehicles, the Blue Tank you see in this picture, That is many of the same briks as the original tank from 15 years ago.
Faction Index - Flickr Gallery And Invicta tank of mine was and always be special for me. I know that the design is not impressive and the idea behind Invicta is to make it easy and cheap to built so I could have multiples of it. It was probably the first vehicle that I build in LDD before collecting/purchasing parts

My original goal was to build 10 or so tanks 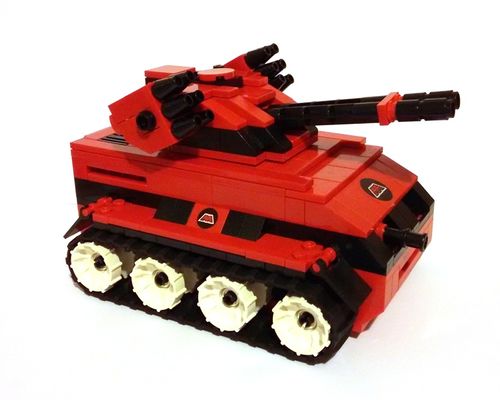 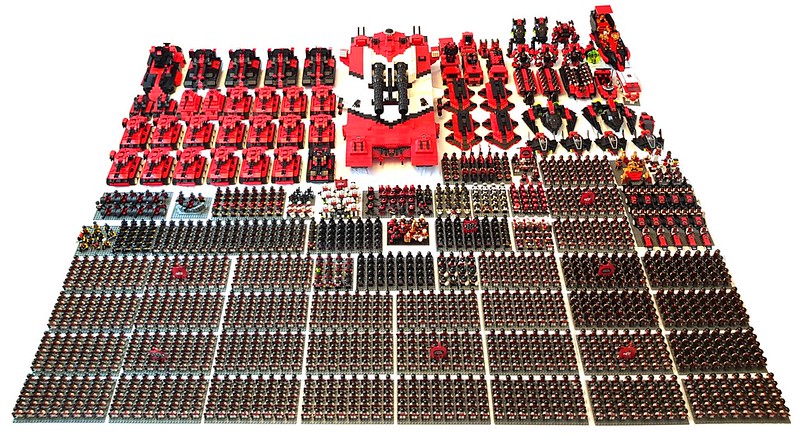 Lord Mercat's Mystic Order heavily inspired me to create Frostborne and some of my other Medivo stuff too.

sahasrahla
that is a fantastic question to which no satisfactory answer will be forthcoming
Posts: 798
Joined: Sat Feb 04, 2017 5:40 pm

Kommander Ken wrote:Lord Mercat's Mystic Order heavily inspired me to create Frostborne and some of my other Medivo stuff too.

oh my god, i'd never seen that before. thank you, it's one of the most beautiful things i've ever experienced
Top

Those are some cool builds. Really dig those multi-layer capes.
Top

Glad to unearth this gem for you guys.

There was no specific MOC that rocked my world, but I remember stumbling onto some battle reports by Fry_slayer at classic-castle.com.

After reading through those, I went home on college break, dug out all of the castle figures i had owned as a child, and thus began my season of Medivo wargaming with briks.
For Your Reading Pleasure: Rev's Battle Reports

My return from the Dark Ages was through MOCpages and then FLickR. There I found amazing stuff built by the likes of Brian Kescenovitz, Yuri Fassio and Dali Zheng. Primus from Brick Commander was also a big influence and then of course, Brikwars.

Does being a Bonkle fanboy count as dark ages? If so, looking at a bunch of the stuff in the 2005 rulebook was what pulled me back into System.
BrikThulhu eats 1d6 minifigs each turn.
Top

Is it normal to have never had a dark age? Or am I just boneriffic?
Phalek empire, S.P.A., Belgïe, My claim to not being a shitbuilder.

motorhead fan wrote:Is it normal to have never had a dark age? Or am I just boneriffic?

For me, it was this Armored Vehicle. Currently named Tpz-404 Crusader. It was originally a wierd sort of APC-IFV-??? Hybrid before I understood how armored vehicles worked. I originally crafted it in seventh grade, and it has never been dissasembled since, except to upgrade from multi-color to desert camo, and then refited to remove all megablocks, then added tiles, and later re did the turret and frontal armor. The shape and structure is virtually unchanged for the last 12 Years

Here is an ancient picture with an older version, Bonus points for the OG South Mirthanese MBT and infantry 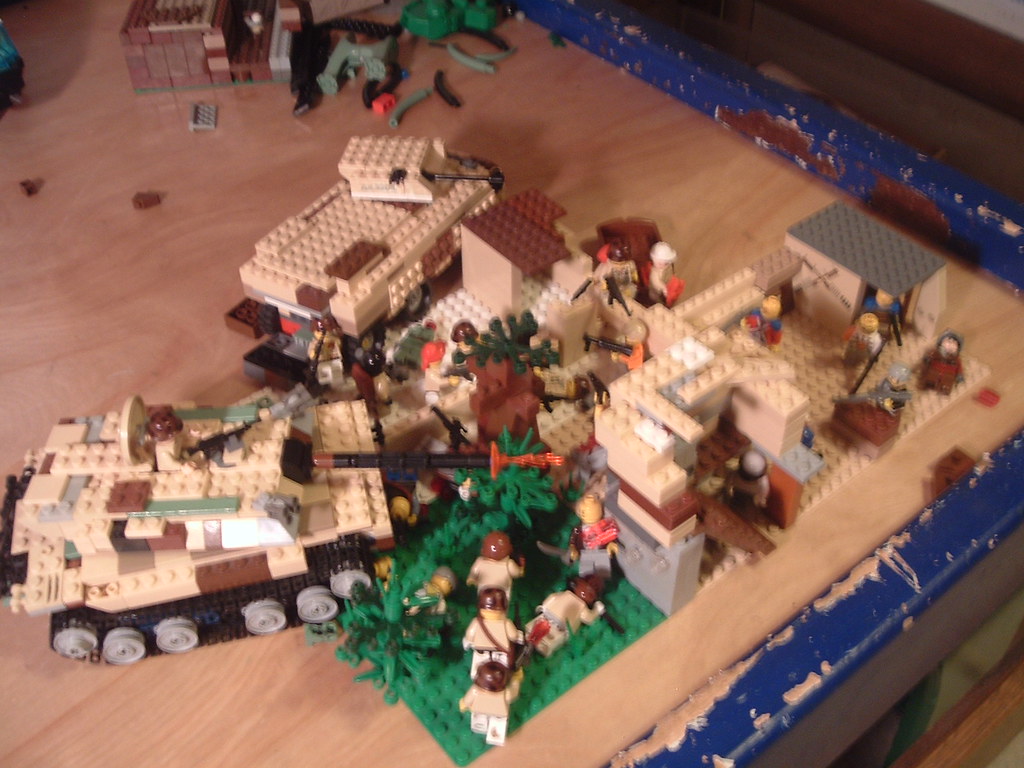