RedRover wrote:If the sorce of damage is 1d6+2 would it just be 2 damage?

yes it would be the bonus to die rolls is actually to help counter armored targets. From the brikwars rulebook

Strategies for Fighting Shielded Minifigs
Minifigs in Heavy Armor can be intimidating to new players. Because their Shielding removes a die from incoming weapons' Damage, they can seem invulnerable against attacks from minifig weapons - most of which have only a single Damage die to begin with. Overcoming these defenses can take a little extra strategy.
Half Speed makes armored minifigs easy to outmaneuver or outrun. Their strong defenses mean nothing if you never have to fight them to begin with. Dunk them in water, and they have a single turn to remove their armor or drown.

Charge Attacks are often the best technique against a Shielded opponent. Momentum can be used to add dice to the Damage of an attack, or to cause KnockBack Inches from a Collision to Disrupt them (5.4: Charge!).

Some weapons have Damage left over after dice are removed. The leftover +1s and +2s of Damage from Long-Ranged and Heavy Weapons aren't enough to kill an armored minifig by themselves, but they can add up quickly if used for Combined Damage. A Two-Handed Weapon does 2 dice of Damage all by itself, or course, and a Heavy Weapon has an Armor Piercing attack if used two-handed; either can do a full die of Damage even after accounting for Shielding.

Even for weapons with only a single die of Damage, there are many ways to stack extra dice into the Damage total. Overskill Dice from lucky Skill rolls (4.2: Action) and Instant and Almighty Benny dice (1.4: The Spirit of the Game) can all boost the Damage from an attack.
My Factions/My Battles/My Painting and Modelling Adventures
A mind without purpose will wander in dark places
Top

Valiant wrote:Alright, +10 it is.
And for anyone creating tanks, I would recommend that you outfit them with ERA, as it greatly increases their survivability. 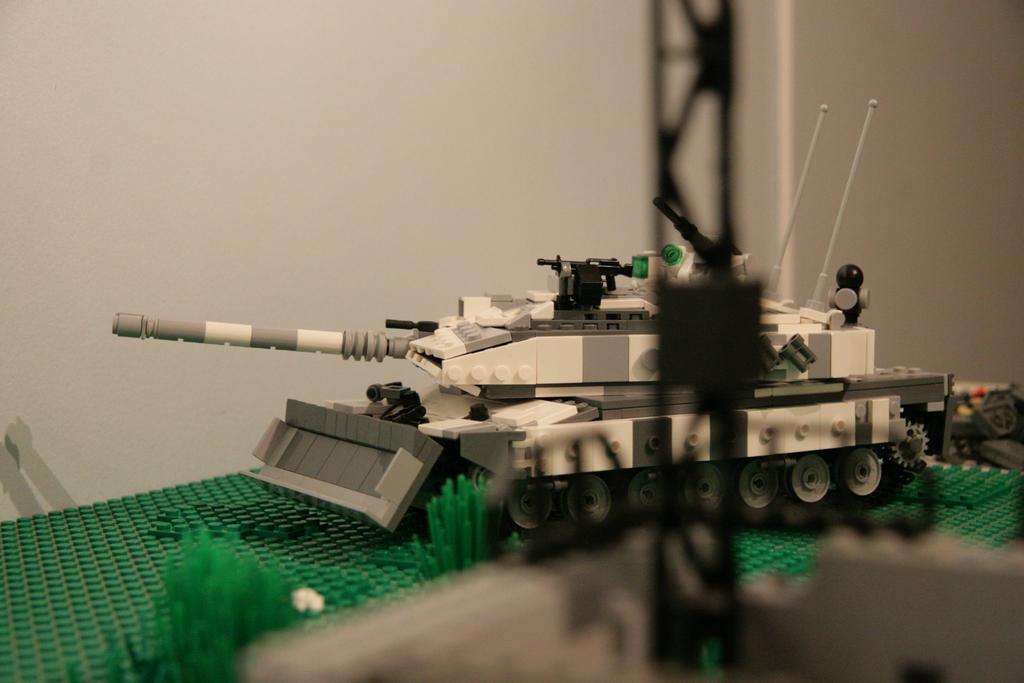 I will not be happy until its posted.
My Factions/My Battles/My Painting and Modelling Adventures
A mind without purpose will wander in dark places
Top

Glad to hear it

. Although it is in German, it is quite easy to follow along especially if you speak a Germanic language such as English.

Valiant wrote:Glad to hear it

The latest iteration of the Canadian Leopard main battle tank, the SEP (Service Extension Program) variant incorporates a remote weapons station, TROPHY Mk. VIII and most importantly, a plow. While owned by the Canadians, the UK military is currently borrowing some of their Leopards in absence of a modern main battle tank. ABS Defence Systems is currently trialing prototype vehicles for the UK army, but without proper track links, the project will most likely be put on hold until such materiel can be procured. 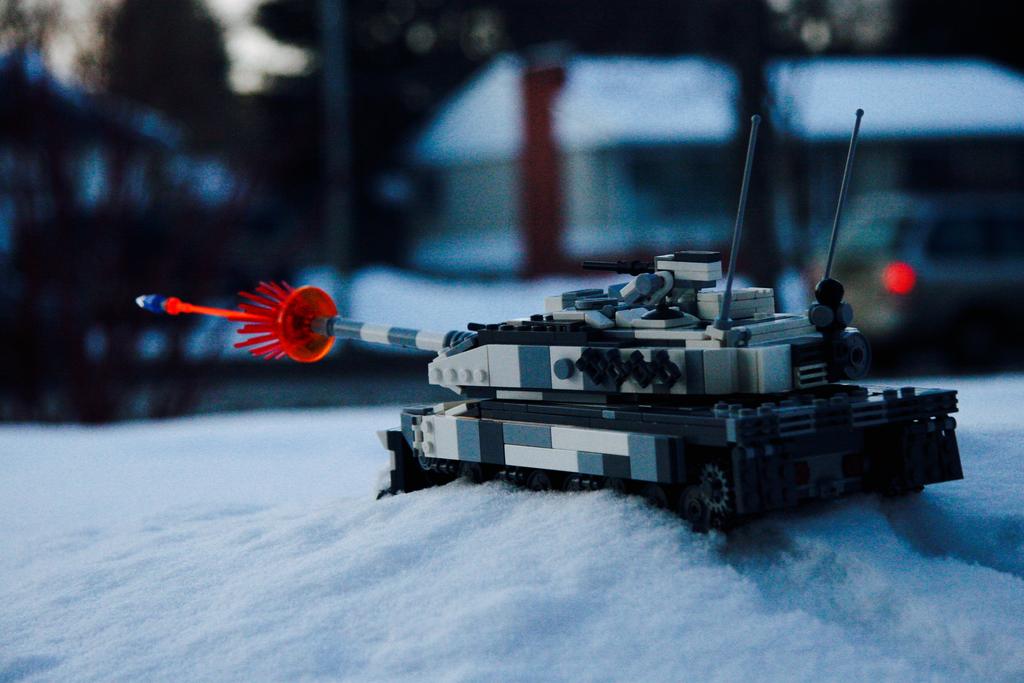 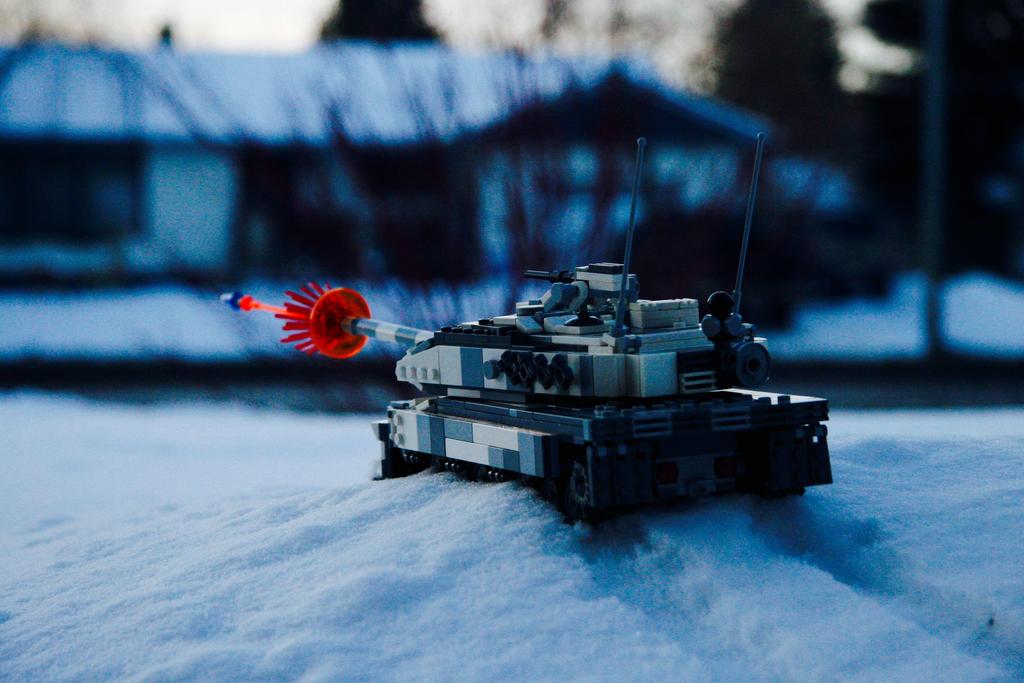 *Note to the Man Upstairs: If you decide to use one of my photographs in the future, I would recommend following the link to my Flickr page and downloading the photo from there, since those photos are full-resolution.
My Flickr Page
My YouTube Channel
Brick and Builder (Instagram)
My Leopard 2 & Tank Shop Threads
Top

PoeDomo wrote:The LMG on your previous tank was a good idea. Anyways, peach out dude. 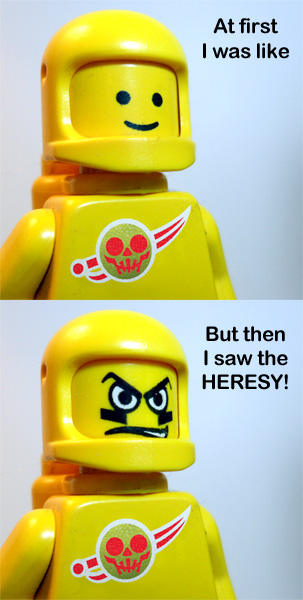 So I played around with lighting techniques... 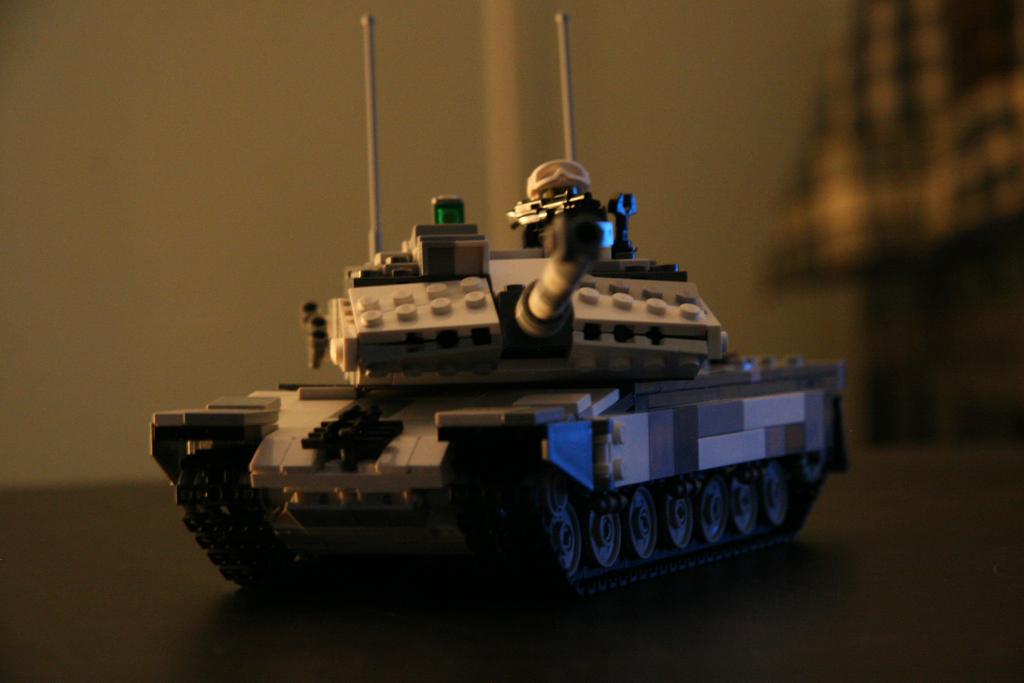 Updates to the Leopard 2A6:

-The 4 foremost grenade launchers on either side of the turret have been lowered by 1-2 plates, in order to better represent the actual Leopard 2A6

-The technique used to build the turret front has been changed to improve structural stability (Before that update, the sloped armour was extremely fragile; now it's as tough as the rest of the vehicle!)

- Turret roof has been remodeled 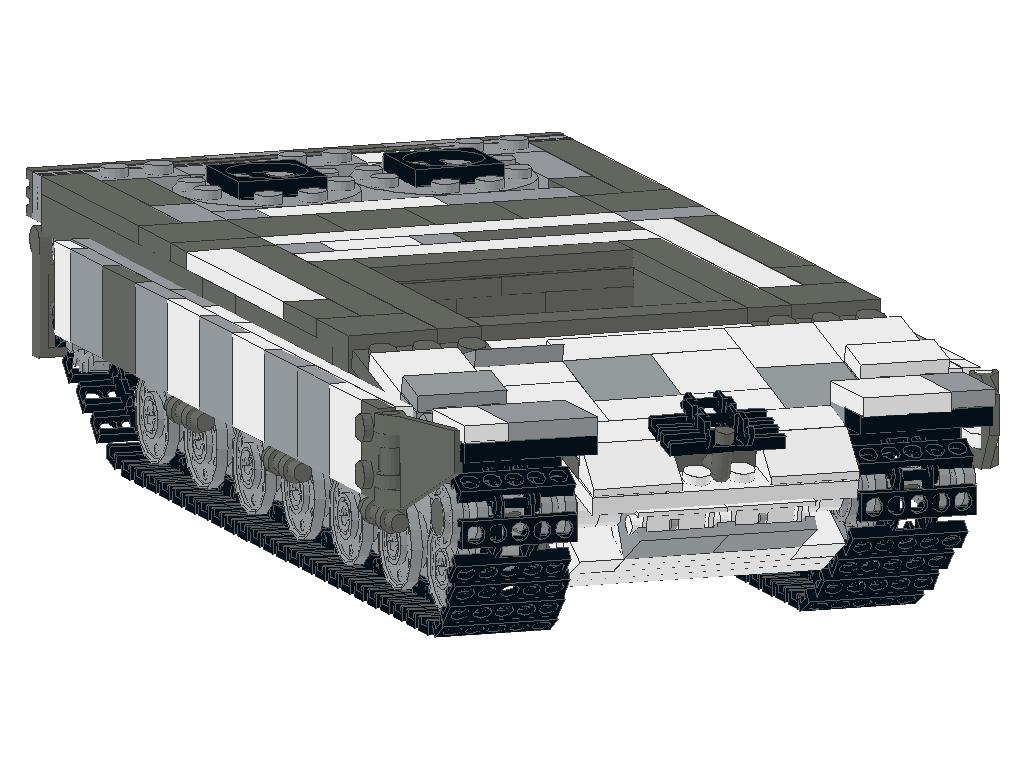 Just have to complete the turret, and then I'll be able to start ordering pieces for custom kits.
Out of curiosity, what camouflage scheme would you prefer the sales models be equipped with? Do you guys like the current winter camo?
Any and all feedback is appreciated!
My Flickr Page
My YouTube Channel
Brick and Builder (Instagram)
My Leopard 2 & Tank Shop Threads
Top
Post Reply
230 posts