The southern half of Studonia has numerous old-growth forests, which naturally draw elves to them. The elves themselves are connected in some mysterious way to the trees and the forests themselves, the older and greater the trees the stronger the connection. The elves draw power from the forest, and the forest in turns aids them and comforts them, essentially turning the elves into the guardians of the forests.

This tree worship and dependence naturally leads to conflict with others. The Drekeen have learned to be careful about what forests they harvest, mostly leaving the southern forests where the elves are mostly gathered alone except when they need a mast for one of their ships perhaps. Dwarves take whatever lumber they need that is closest when they need to use the corpses of their dreaded enemies, so pretty quickly this led to there not being any of the forests that particularly call to elves being near them, or really any forests given how dwarves react to trees sometimes. The orcs however, have clashed with the elves the most. Orcs, by their very nature, like BIG. So when they see big trees, those are the best trees. Especially if they’re looking to build boats. Or big fires. The big bonfires are particularly insulting to the elves, and the jungles the orcs live in are not far from some of their forests. The elves have taken to being proactive about the problem and actively hunting the orcs. While the elves have been fairly successful so far, it has not been without cost. Their numbers have been dramatically reduced just keeping the orcs in check. At the same time, some humans expressed a desire to learn about the elven ways. In desperation to keep pressing the attack to keep the orcs out of their lands, the elves agreed to this, claiming that the forest itself told them to spread the Way of The Forest further than just amongst themselves so that others may learn to appreciate the beauty and power of the ancient trees. Coincidentally, the elven birth rate and the rate of half-elves being born since starting to let humans be near them has sky-rocketed. Well, the birth rate of full blooded elves has actually dropped a little, but the massive increase in half-elves being born has more than made up for it. This has reinforced them in their efforts to keep the orcs at bay, and if the cost to the elves to protect their most sacred trees is the disappearance of their uniqueness then it is a price they will pay. They are definitely seeing more half-elves being used in their military formations now, even intermingling elves and half-elves in some squads in battle. Humans are used specifically on their own, the elves still have some pride after all.

As far as equipment goes, the forest provides it to the elves. Wood comes from trees discarding branches already shaped to what they need, and ingots of a strange metal are dragged up from the earth by the roots. Fabric is made from the leaves of the trees, always dropping off when needed. 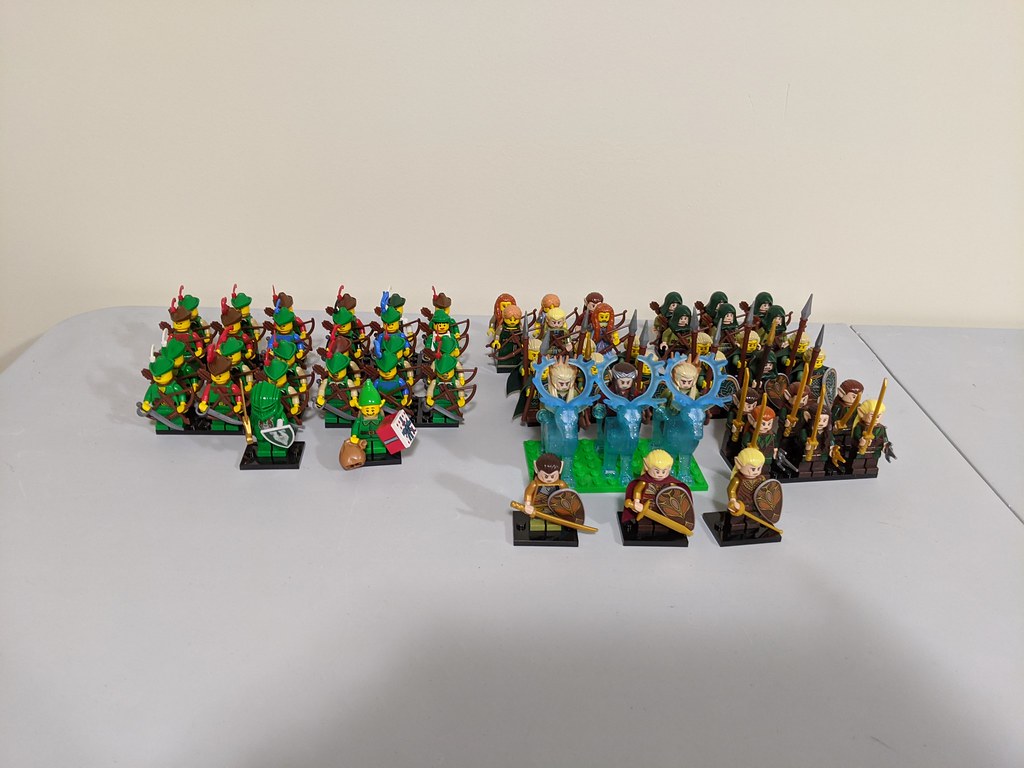 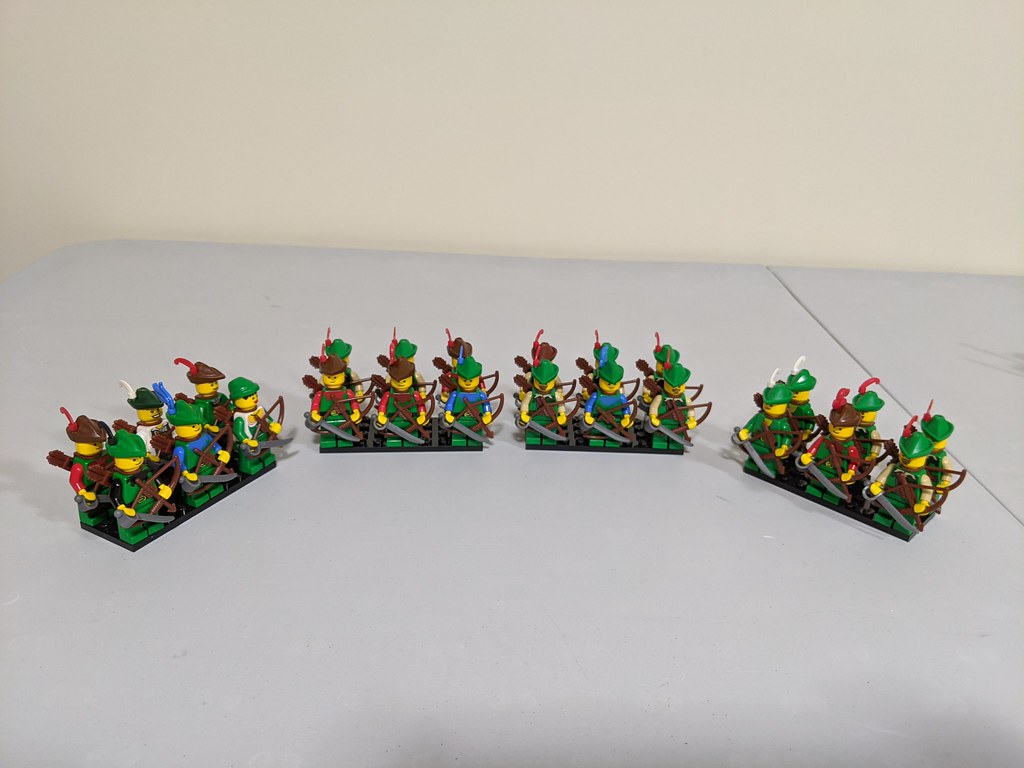 Humans have been being drawn to the elves, and at this point they are a sizeable portion of the elves military power. None of them have been able to wield an elven great bow effectively, but they act as a skirmishers using shortbows and shortswords. 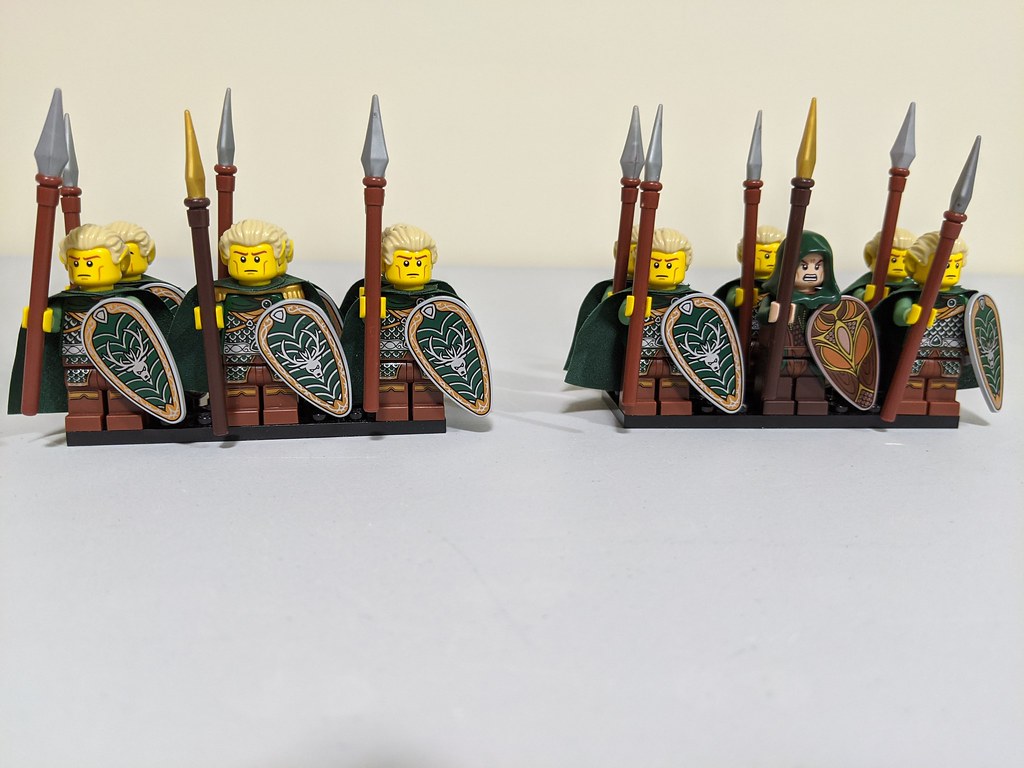 Most of the warriors utilizing the spear and shield are half-elves, but the odd elf takes up that weapon training as well. 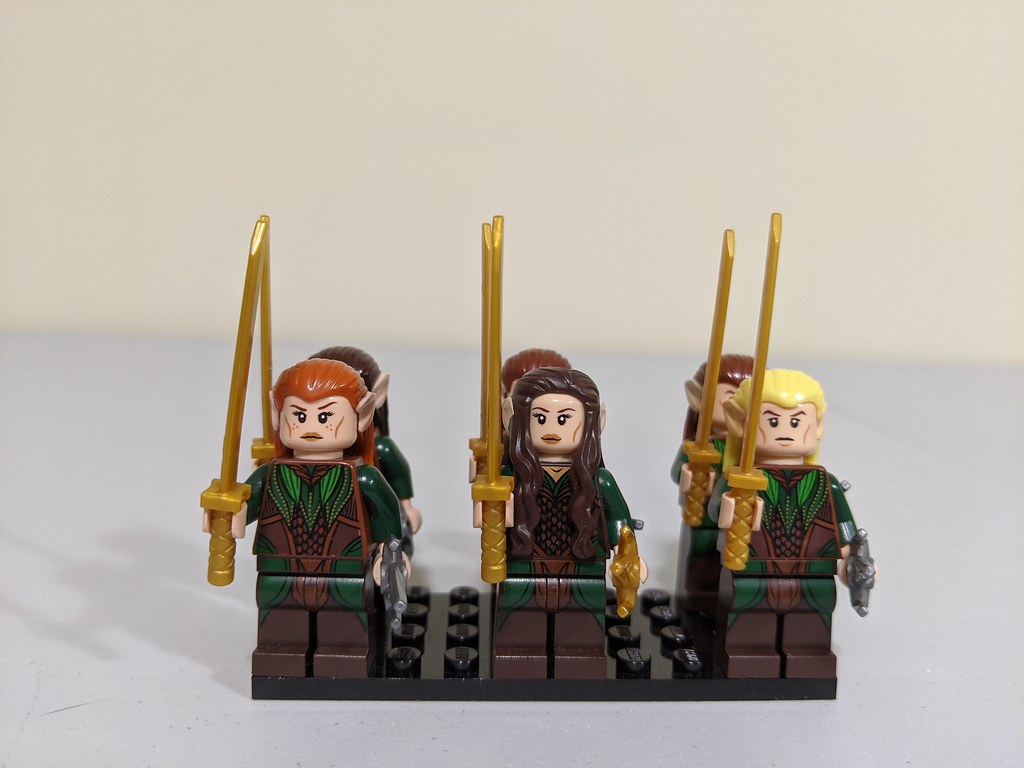 The more aggressive elves forgo shields entirely, and rely mostly on avoiding being hit entirely but also to an extent their armour. This leaves their hands free for flourishes and stabbing, a whirlwind of death. 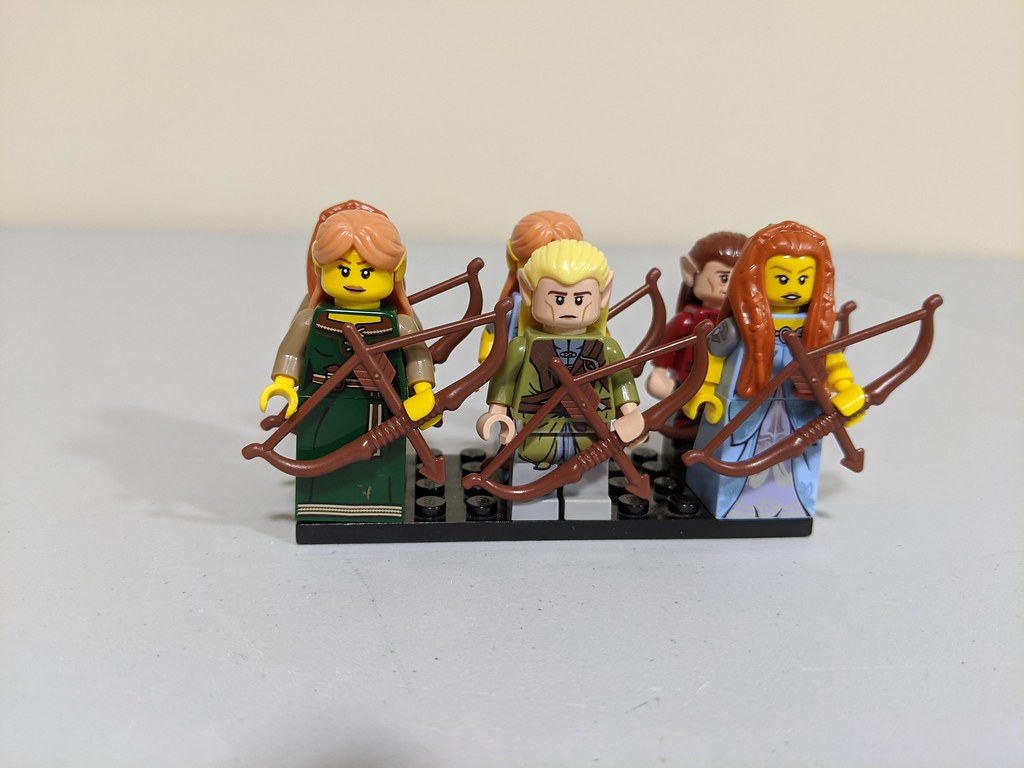 While humans have been unable to learn the art of the elven greatbow, mostly because the elves can’t bring themselves to allow those without elven blood to use one, half-elves still take to it. Even the elves who don’t particularly heavily train for war will still join in at times. 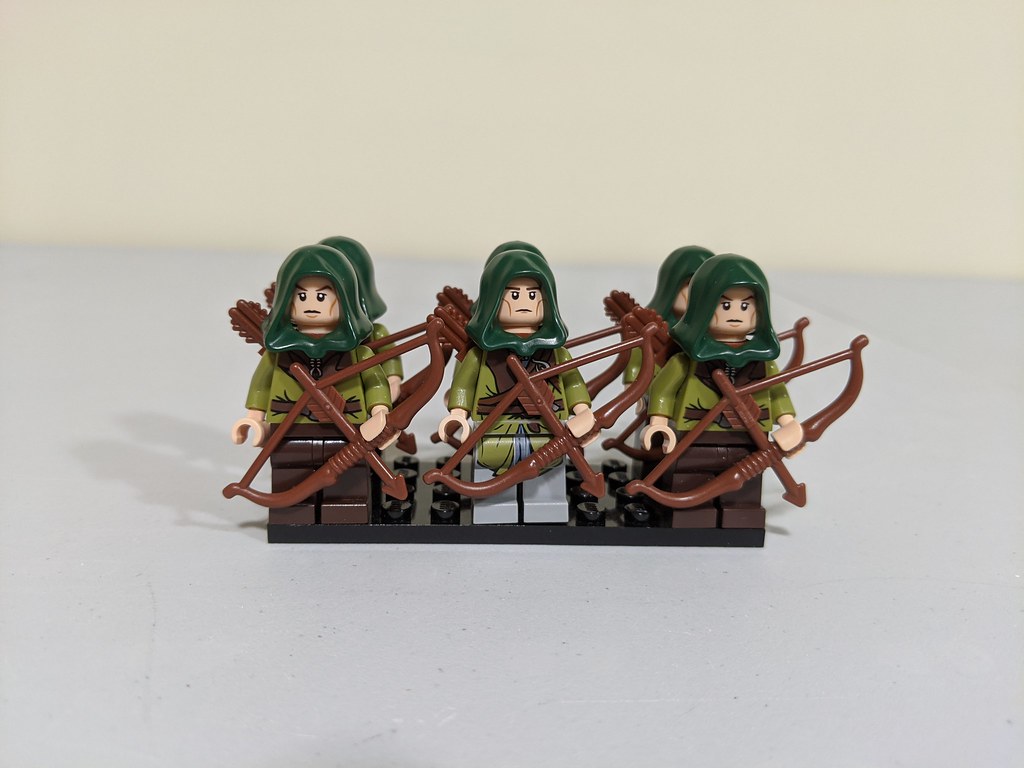 The elves who truly train for war also learn to move through the forest as if they were ghosts. This allows them to use guerilla tactics to inflict significant casualties on their foes while taking relatively few in return. 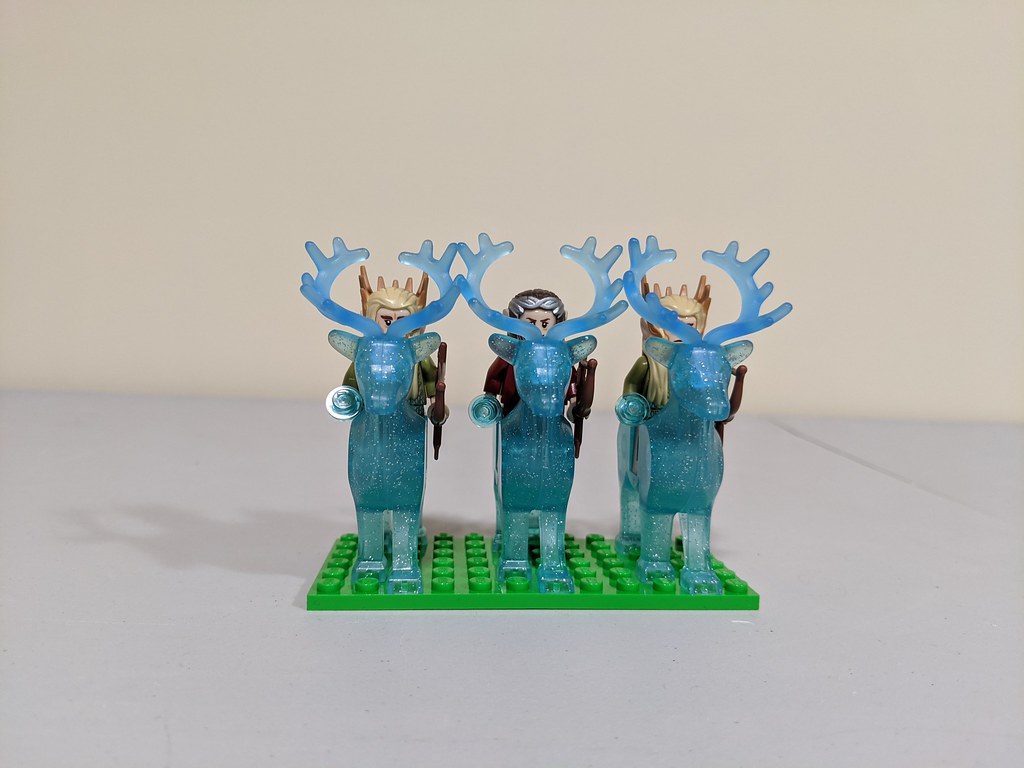 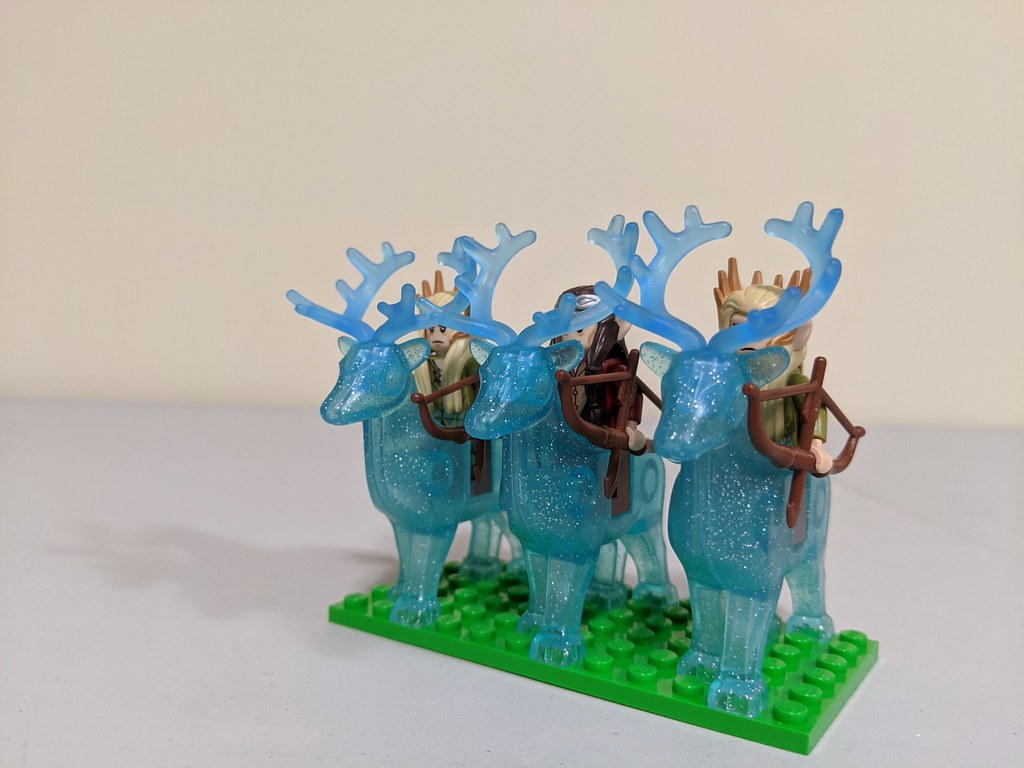 Elves are known for archers, and the best of the best of these are the Arcane Archers who supplement their prowess with magic. They don’t walk much, prefer to summon mounts to ride, this also makes it harder to corner them. 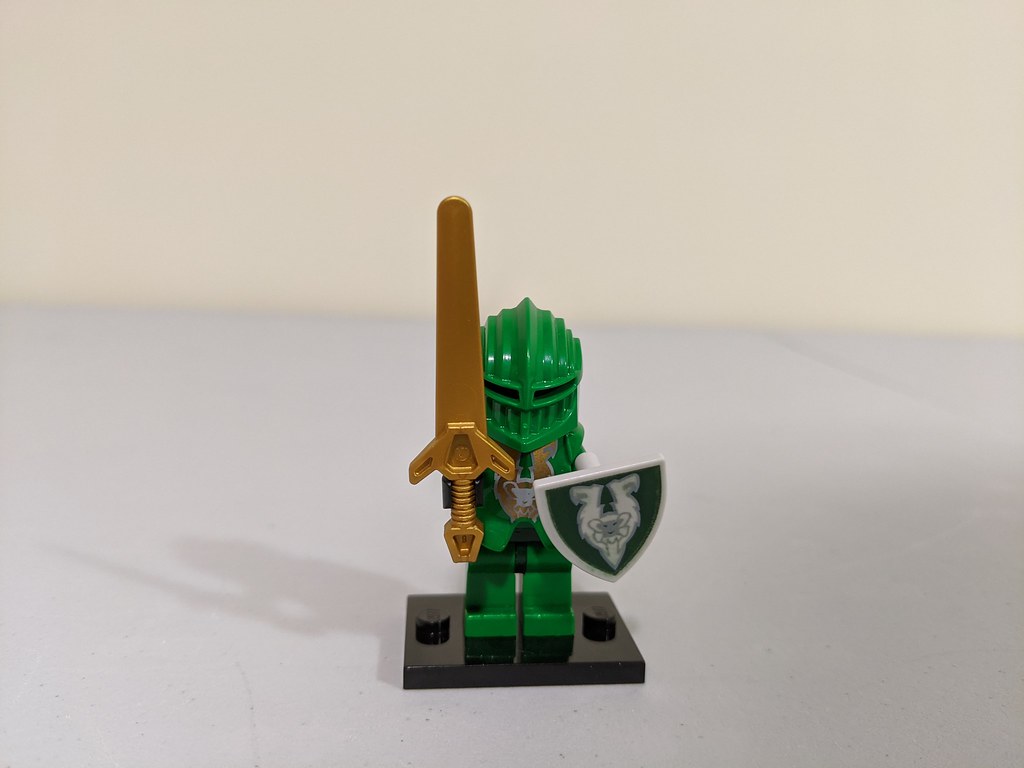 Contrary to popular belief, a knight wearing platemail was surprisingly mobile. Especially Rascalius, who has taken to doing crazy gymnastics routines in full plate. He was one of the most enthusiastic humans because he wanted to learn new acrobatic stunts from the elves. The elves aren’t sure if he ever actually takes the armour off and are disturbed to think of what it must smell like if he were to do so. 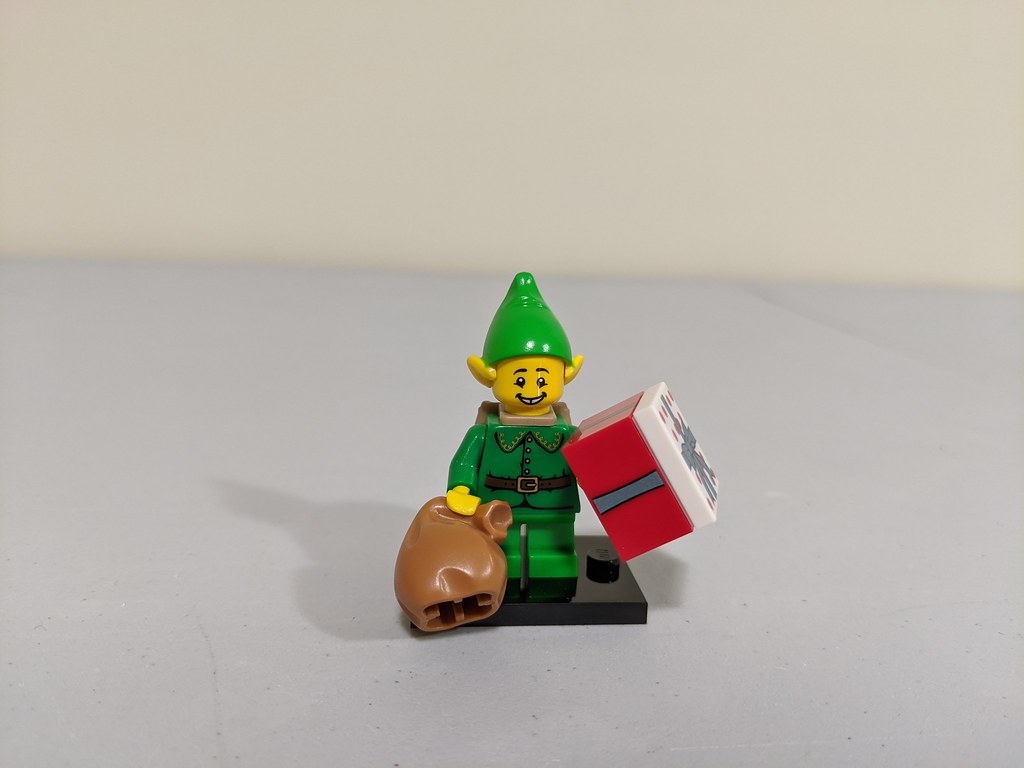 Nipper Picklepants is a strange elf. They weren’t born in any of the known elven tree villages, they just showed up one day after crashing a flying sleigh. They were able to get away with a strange sack before the sleigh exploded and has always been rambling about needing to make more toys to meet the deadline, helping Santa Clause, and spreading Manly Santa Day cheer. The elves take pity on them and are trying to figure out what strange enchantment has cursed this poor fellow elf. 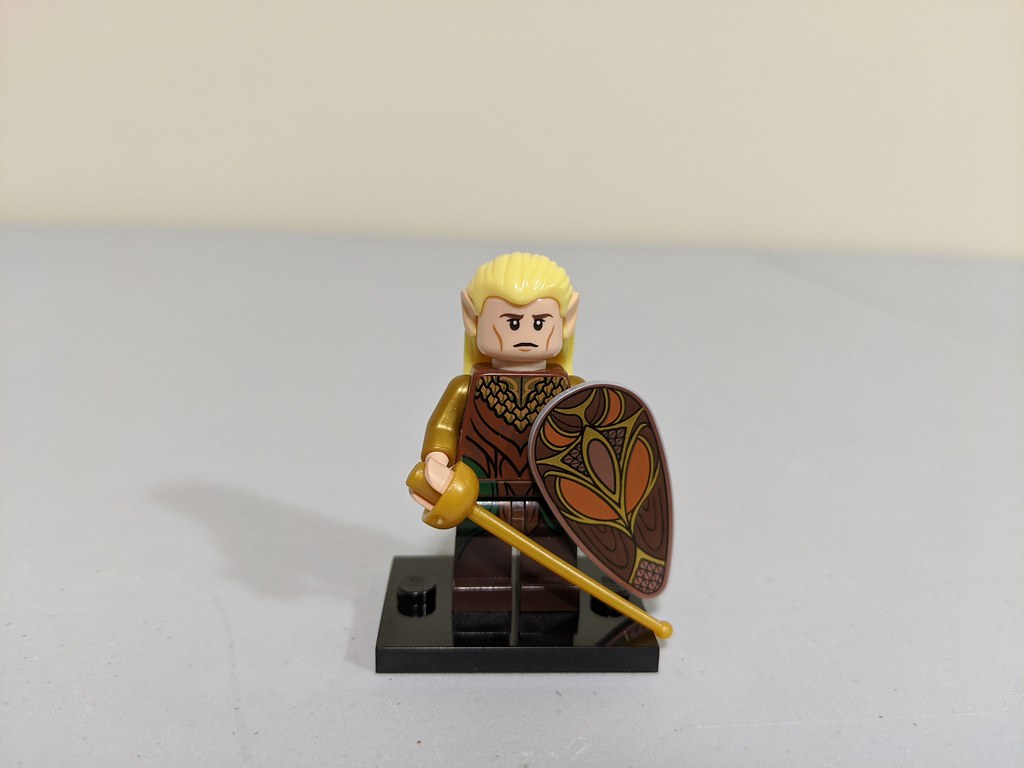 Stabiel is one of the quickest elves, and they oversharpened his blade to the point that it’s basically just a point. Apparently humans would call this weapon a “rapier”. Stabiel just knows they thoroughly enjoys it and is wickedly fast with it. 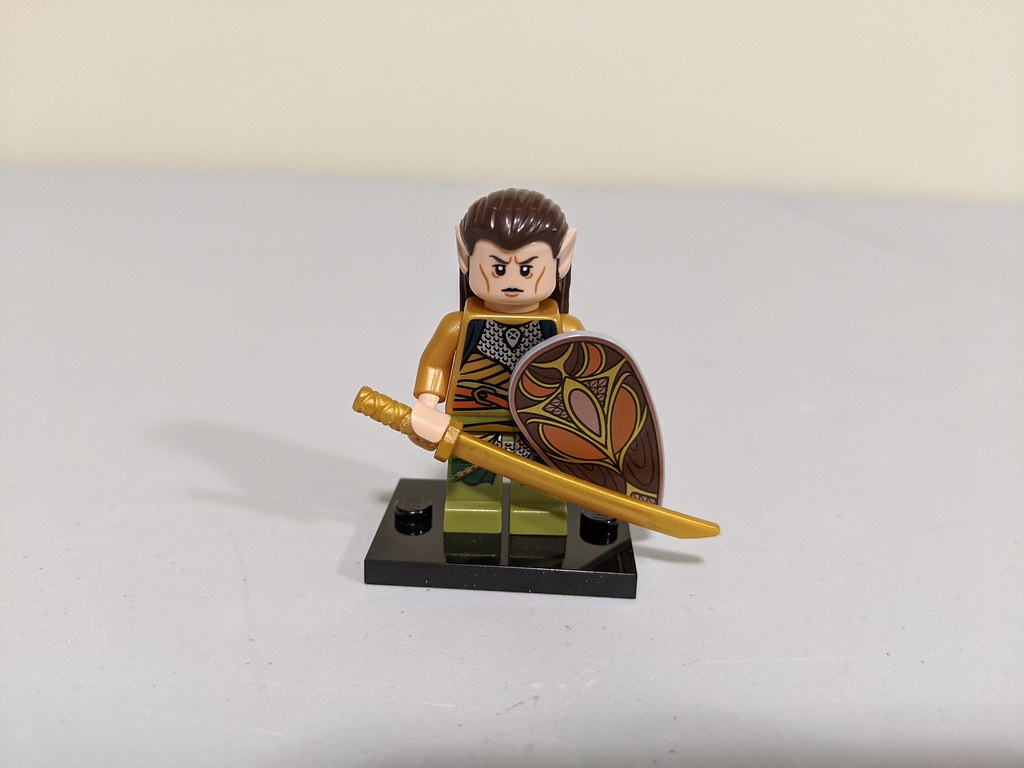 Elfiel is troubled by the non-elven influences finding their ways into elven society, and instead has devoted themself to mastering the elven blade, that they get extremely offended when the humans call it a “katana” because obviously it’s an elven blade, not some inferior human invention. 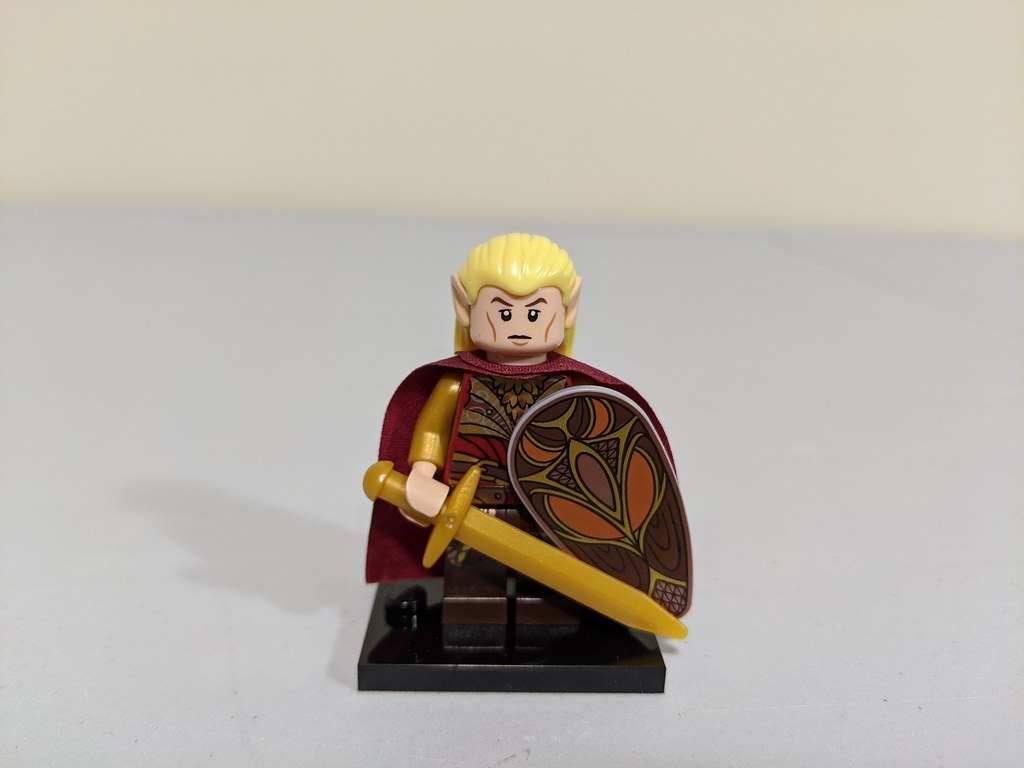 Kingiel has taken very kindly to the humans intermingling with the elves, and has even taken to using a human style “longsword”, though they prefer to call it a “strongswordforsmackingnicelywhenirritated”.
Armies: https://brikwars.com/forums/viewtopic.php?f=17&t=18070
Top

Definitely a fan of Nipper Picklepants. I've had my fair share of elf-related traumas (including one specific awful D&D player) but Nipper's alright in my book.

Nipper is actually lifted from a one-shot Manly Santa Day DnD session I was in. He was a Paladin with "Consult Naughty List" instead of Detect Evil.
Armies: https://brikwars.com/forums/viewtopic.php?f=17&t=18070
Top

Gorvoslov wrote: ↑
Mon May 04, 2020 12:32 pm
Nipper is actually lifted from a one-shot Manly Santa Day DnD session I was in. He was a Paladin with "Consult Naughty List" instead of Detect Evil.

That makes it even better. I'm pretty sure he has Gelmir D'artagnan on his Naughty List for being a complete buzzkill and always playing the same character in every campaign with the exact same pre-written level progress sheet in Excel. And when he finally got to be an Arcane Archer (his 'ultimate' goal), he never bothered to enchant his arrows.

I should make a Gelmir minifig for testing my murder inventions instead of Harry & Ron.

Another excellent army. I especially love the names of the Elf Heroes. I hope like hell LEGO gives us that Stag in a normal brown color sometime in the near future. Talk about PERFECT mounts for Wood Elf Cavalry.
Top

I'm honnestly surprised this hasn't happened yet. I heavily debated how many of the speckly-blue ones to get expecting this to happen, but when it seemed like it wouldn't I went with mount-summoning cavalry.
Armies: https://brikwars.com/forums/viewtopic.php?f=17&t=18070
Top
Post Reply
6 posts • Page 1 of 1