Eventful turn this time around - I don't think I've ever rolled so many crits in a single turn before! It's like all the d6es forgot about 2 through 5, I might as well have just been flipping crit coins. CATAPULT OPERATOR: What the - ! IVasscus uses his last half-inch of movement to hop off the drawbridge; that explosive is going off at the end of the turn! He takes no damage from the fall because spider gymnastix.

CATAPULT OPERATOR: Alarm! Everybody! It's another one of those jellybean knights! Meanwhile, Stalin has lost his sword and is pissed about the way the fight is going, so he grabs the guard's axe and uses it to hurl the guard at the war carriage. KABLAM! The second explosive was still on the back of the carriage, and the flying guard hits it axe-first and sets it off! A high roll on the explosion die means the carriage is completely wrecked. The wreckage collapses into the river, pulling out the guards' shitty wall repair in the process. The two guards go flying. One lands directly in front of Stalin, the other lands on the defensive spikes lining the embankment over by IVasscus. Despite getting exploded at point blank range, neither suffers any damage. The imprisoned Dogdu sees the explosion from his cage dangling over a lava-filled caldera.

Trotsky is waiting for the VladTron forces to lower the drawbridge, so he delays his turn. The disrupted guard in front of Stalin hops back up and takes a swing with the axe.

Once again the dice are against Stalin in a ridiculous way. The guard gets the crit for overskill damage; Stalin crit-fails his attempt to parry with the shield, and drops it. It clatters down the ramp to join the sword at the bottom. Stalin crit-fails the armor roll as well, and goes down!

Since this is a story game, Stalin is K.O.'ed rather than killed, and will be imprisoned with Dogdu in the deathtrap cage unless someone manages to rescue him. The guard next to IVasscus hops up and attacks him as well. He misses with the axe, and IVasscus responds with a crit success on the counterattack. The overskill die lets IVasscus overcome the guard's Armored status with a solid 7 points of damage.

But what's this? Not even a scratch! The guard is completely immune to damage! The defenders on the wall grab their spears and crossbows and start firing away at IVasscus. All the attacks hit, except for one spear which hits the guard instead (still immune to damage though, so nothing happens). Only one of the attacks gets overskill, but the damage roll is too low to take IVasscus down this time. The drawbridge is lowered and the mounted VladTron knights rush forth. Quickly taking in the situation, they see that Stalin is already toast and they're going to have a hard time getting their horses onto the near bank in order to confront IVasscus.

MOUNTED KNIGHT: There's another one! We need meat shields! I mean foot soldiers! CATAPULT OPERATOR: I can take care of that jellybean in a single move!

WALL NINJA: No you fool! As expected, the catapult attack misses IVasscus completely and hits the mounted knights instead. The knights are scattered in all directions, and one of the drawbridge chains is destroyed.

Unlike the guards, the mounted knights are not invulnerable to damage. The lead knight is killed, and his horse receives one wound. The second knight and horse make their armor rolls and are unharmed, but are knocked off the drawbridge onto the spikes below (no damage, thanks to their heavy armor). One of the rear horses receives a wound; both of them are knocked back into the castle gateway. All the horses and knights are set on fire. The foot squads inside the fortress run to the main gate. They can't exit yet because the mounted knights are still in the way. Trotsky sees his chance! He shoves one of the guards aside. The other guard holding him immediately hits Trotsky with the axe, but doesn't do enough damage to wound him; Trotsky counters with another successful shove (he gets two shoves thanks to having four legs to shove with). Trotsky dashes out the newly-reopened hole in the wall. It's a grim sight: Stalin is defeated and the whole place is completely trashed.

Now that Stalin is out for the count, Silent-Sigfig can now give orders directly to Trotsky instead. I almost forgot that explosive was still up there! KABOOM The drawbridge mechanism is destroyed, along with one of the doors. That drawbridge isn't going up any time soon.

PRIMARY OBJECTIVE ACCOMPLISHED: Make sure the drawbridge is down for King MethHouse's attack


Ready for turn 6 orders for IVasscus and Trotsky!

To kill the remaining mounted knights there is that pot of lava above the door...

Since Trotsky isn't armored, he should first check the moat for any sort of traps. Then he should swim across to Stalin and then drag him away from the fort until ivascuss arrives and that flaming vladtron warhorse to firmly attach Stalin to trotskys saddle.

Use my full movement and feat to do a sweet backflip onto that burning horse on the drawbridge. Armor means no fire damage for this guy!

Why the fuck is the guard invincible? whatever, I don't care. I've still got a leftover action, but I'm saving it for the inevitable stabbing i'll have to do after I get mounted.

Unless I can ride the horse away from there with my action this turn as well.


PS: to all of you that bitch about armor being OP, notice that while neither of us are even suffering the move penalty, armored Stalin still got totally owned by a puny guard. Shit happens! Armor isn't as good as you're all afraid it is!

Indeed, I've had groups of (elite) troopers with 7 armour in a couple of battles by now and they still fell like flies.
Fantasy battles
Top 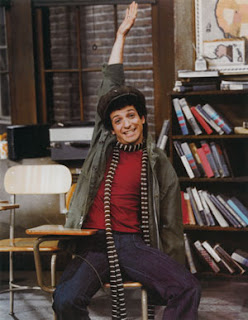 UGGGGGHHH I LIED I CARE TELL ME WHY

Plastik Armory: a bunch of weapons and abilities compatible with the 2010 rules.
Top
Post Reply
7 posts • Page 1 of 1