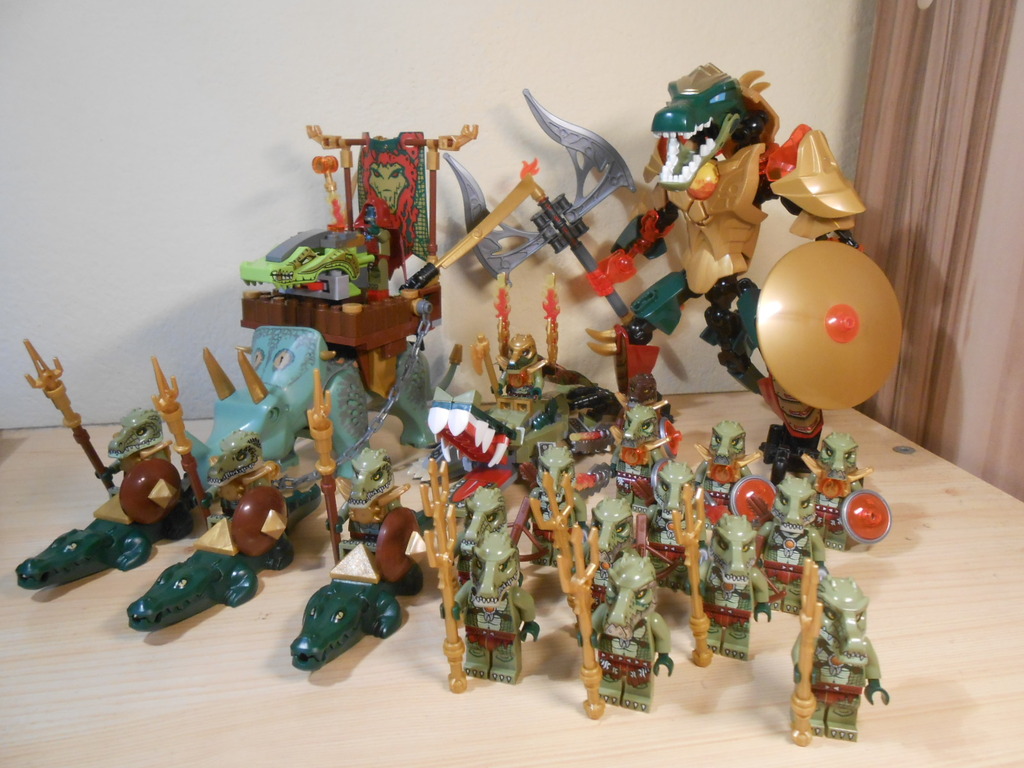 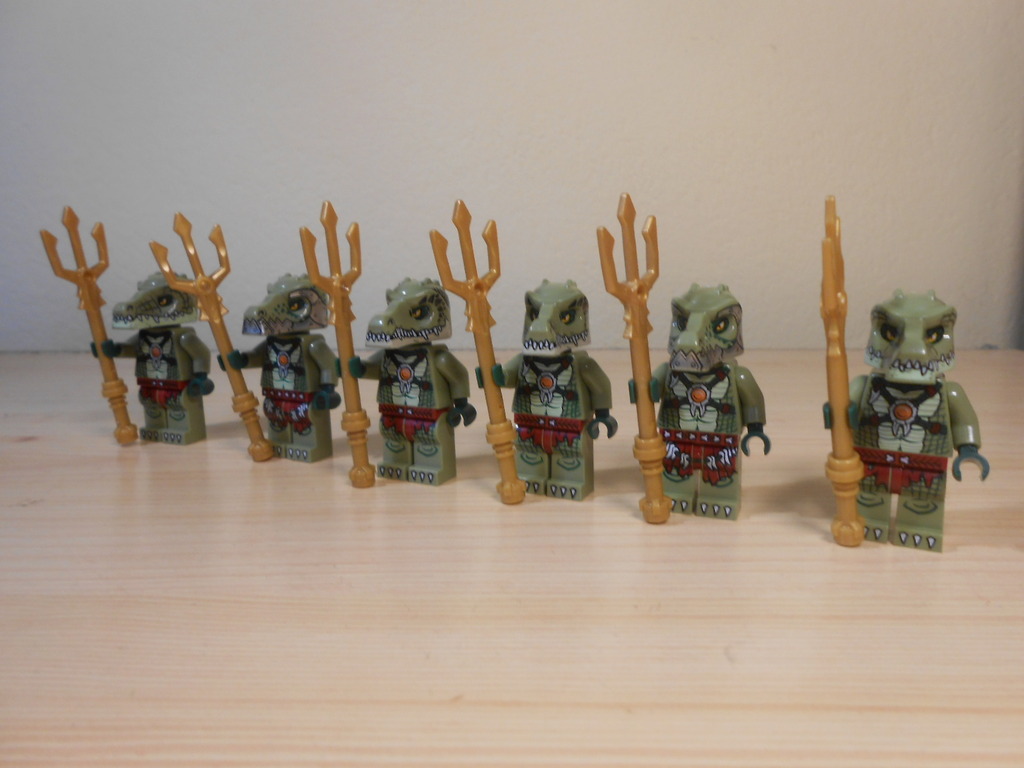 Myrmidons are still the bulk of the Soleki infantry, fanatically loyal and wielding mastercrafted tridents. 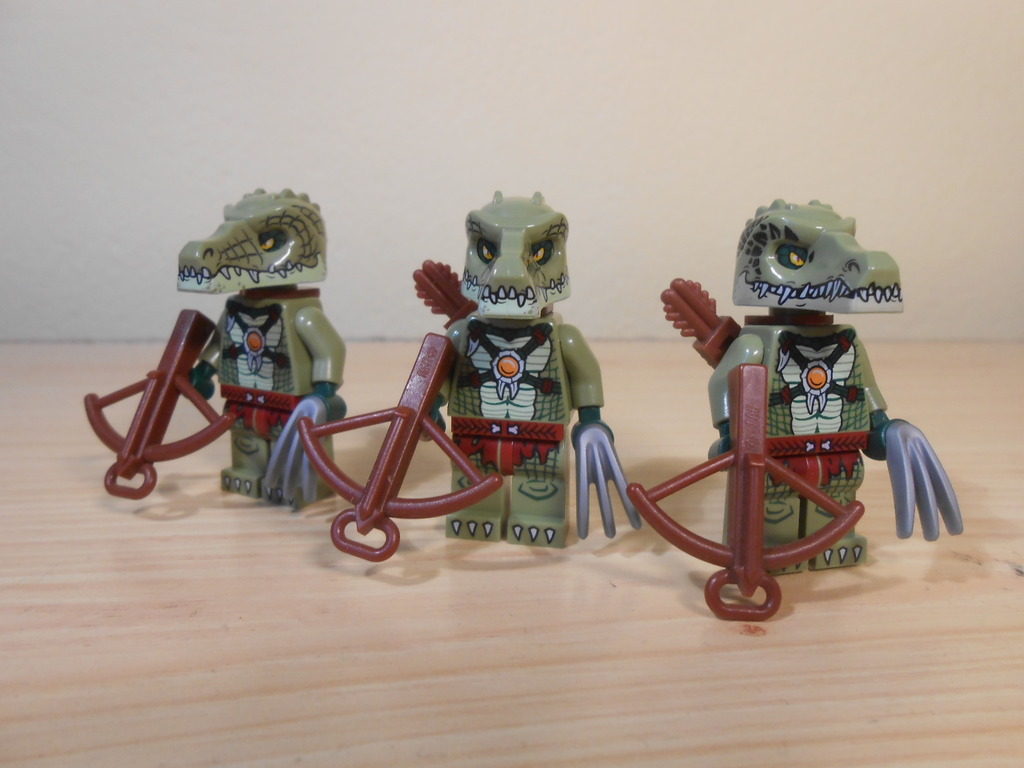 Hunters are agile short-ranged troops who do not fear to get their hands dirty in melee if such occasion rises. 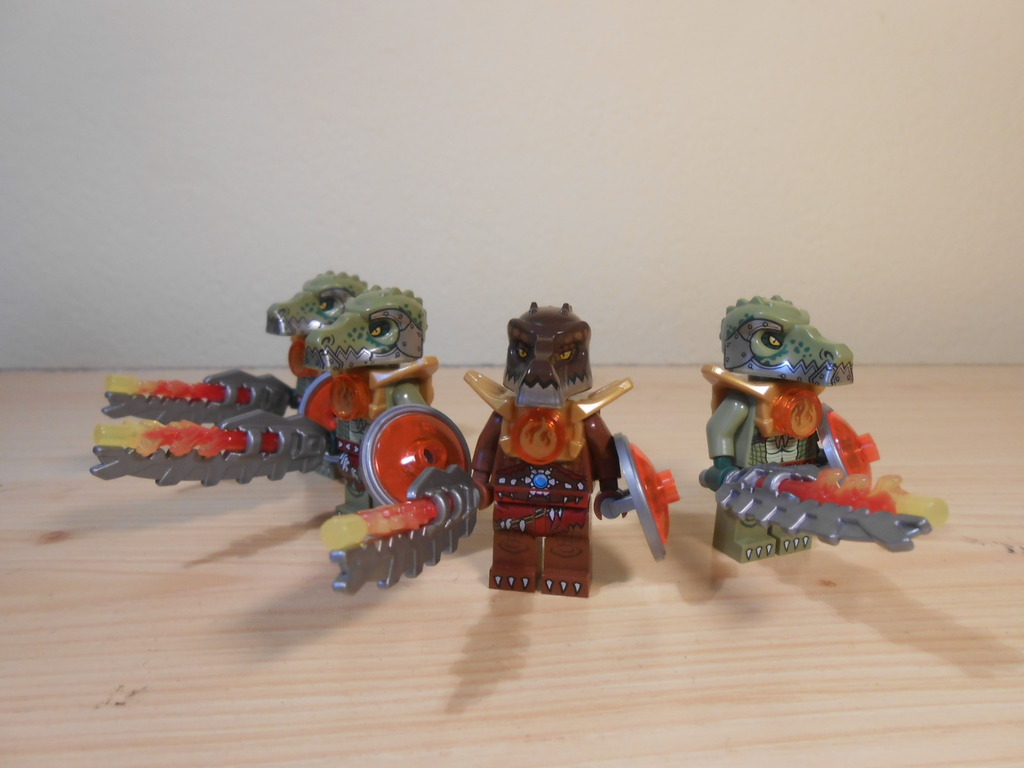 Sun Knights are elite troops, armed with enchanted weapon and armor. Here their displayed with a named/heroic knight, Commander Lockjaw. 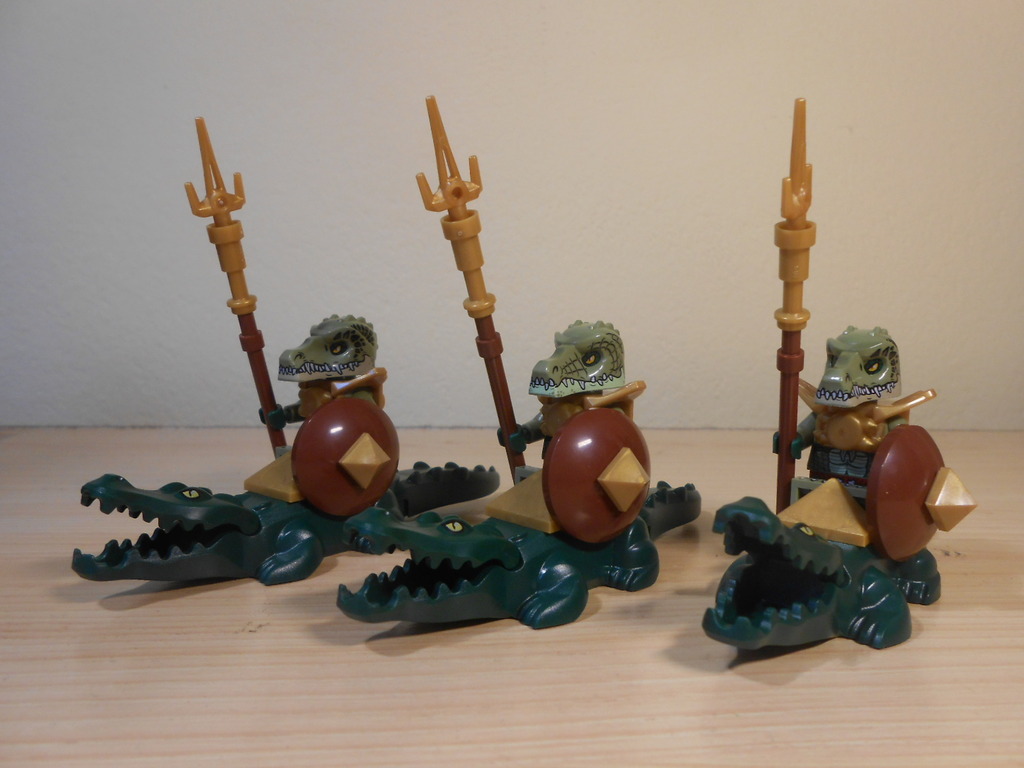 Crocodon cavalry may appear comical and unconventional, yet they are just as efficient and deadly as any other mounted troop of Northeros. 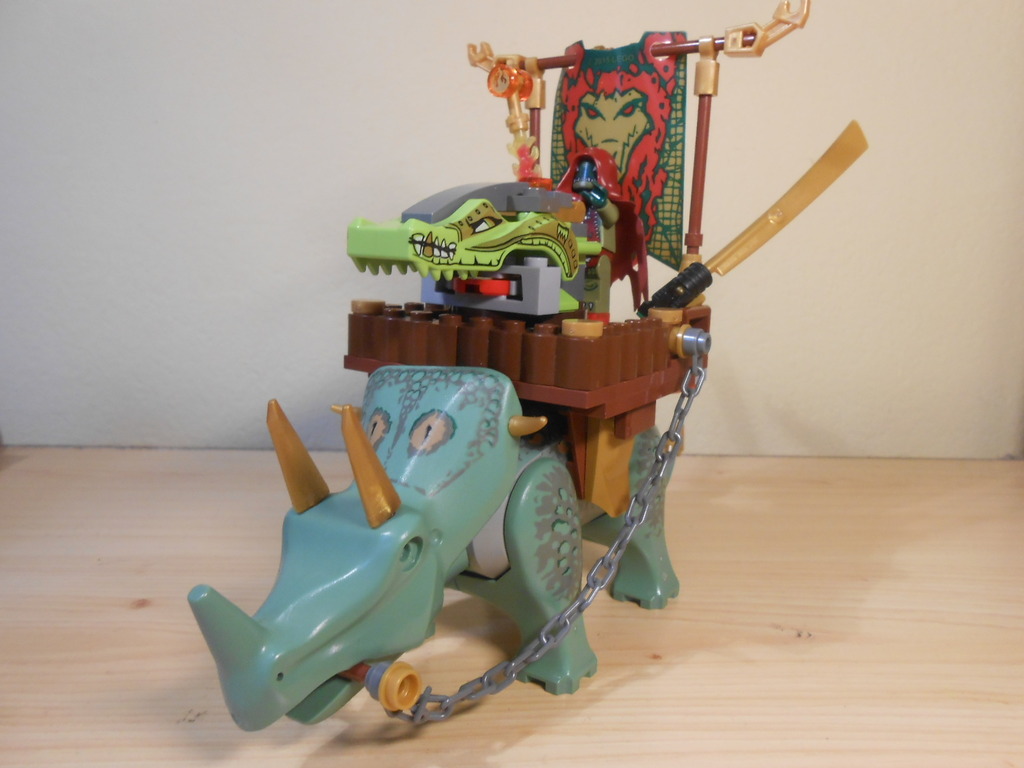 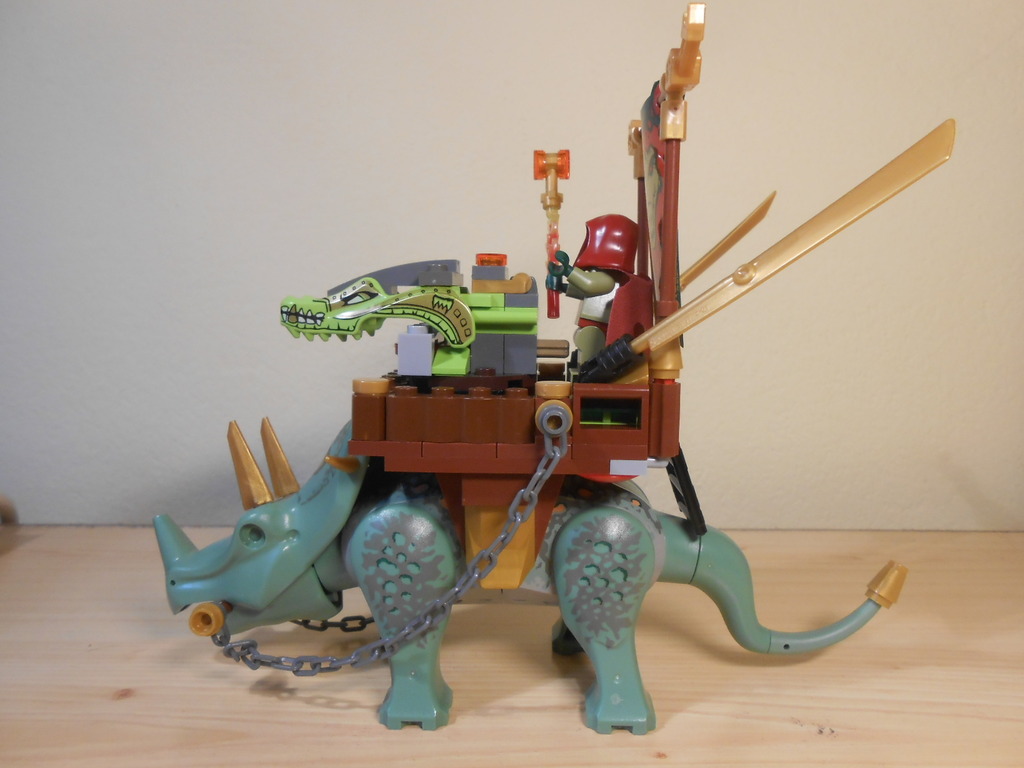 Adept in the ancient art of dinomancy, Soleki Sunseers ride into battle atop massive, ornately decorated Hornodons. The mystic also has the knowledge to operate the mystical yet devastating device of the Elders, the Enigma of Solek, raining fiery death onto foes from far away. 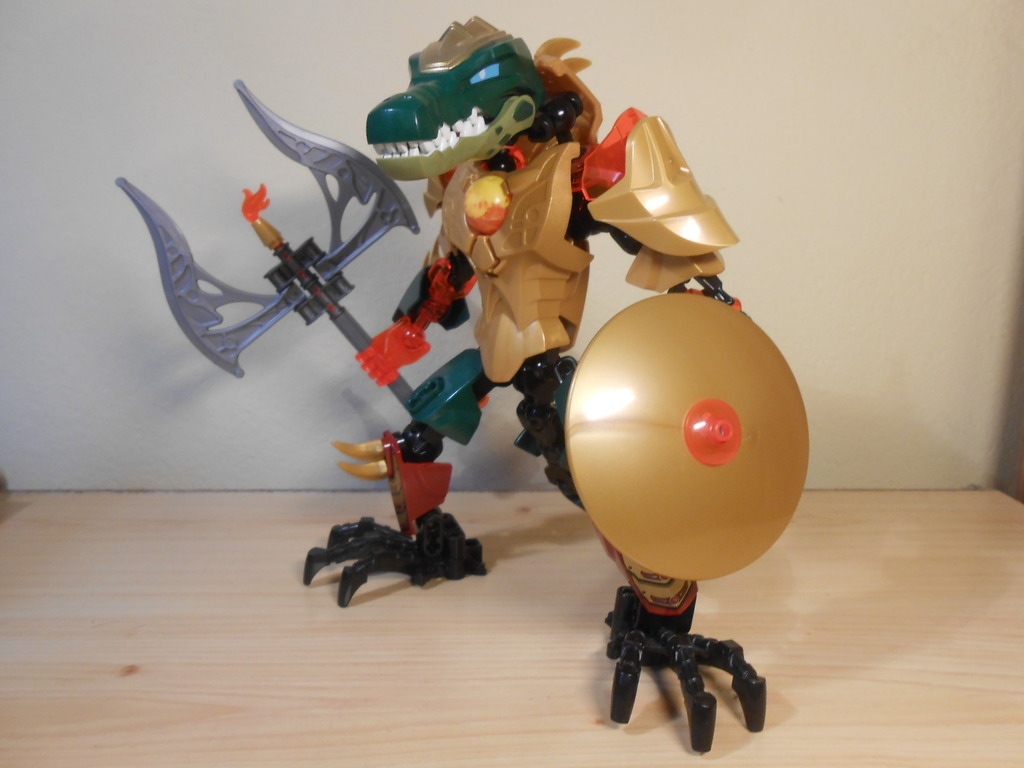 Incarnates are the ultimate weapon, a devout Chosen who sacrifices their lives in order to become a vessel, an avatar to the Sun God itself. 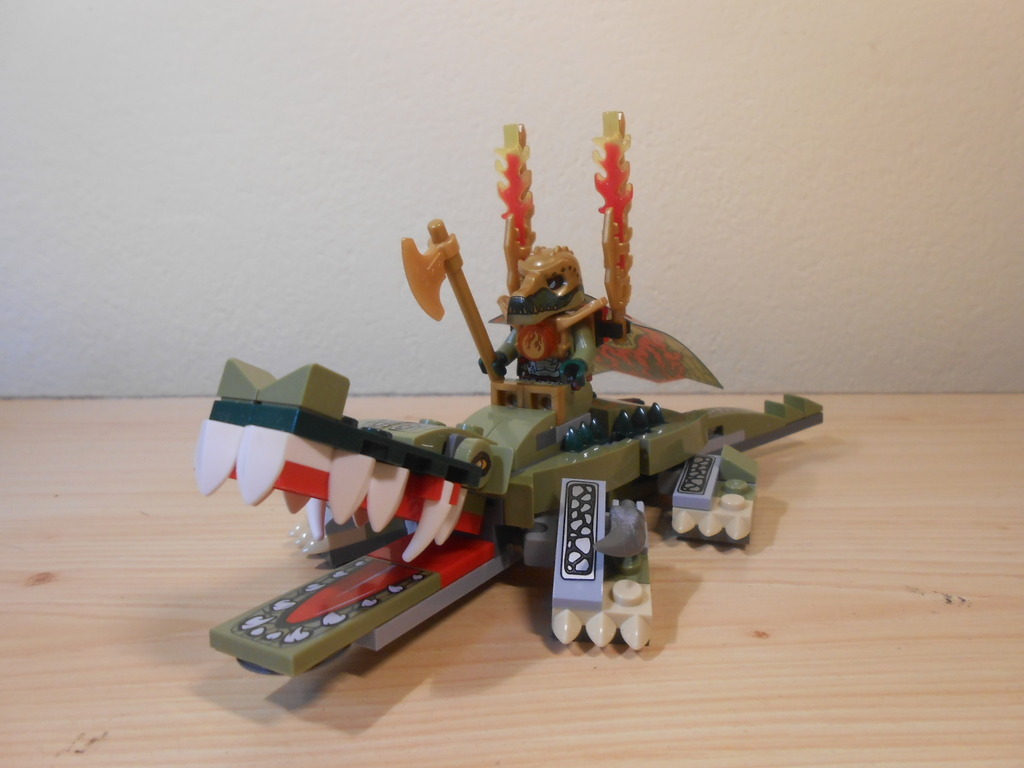 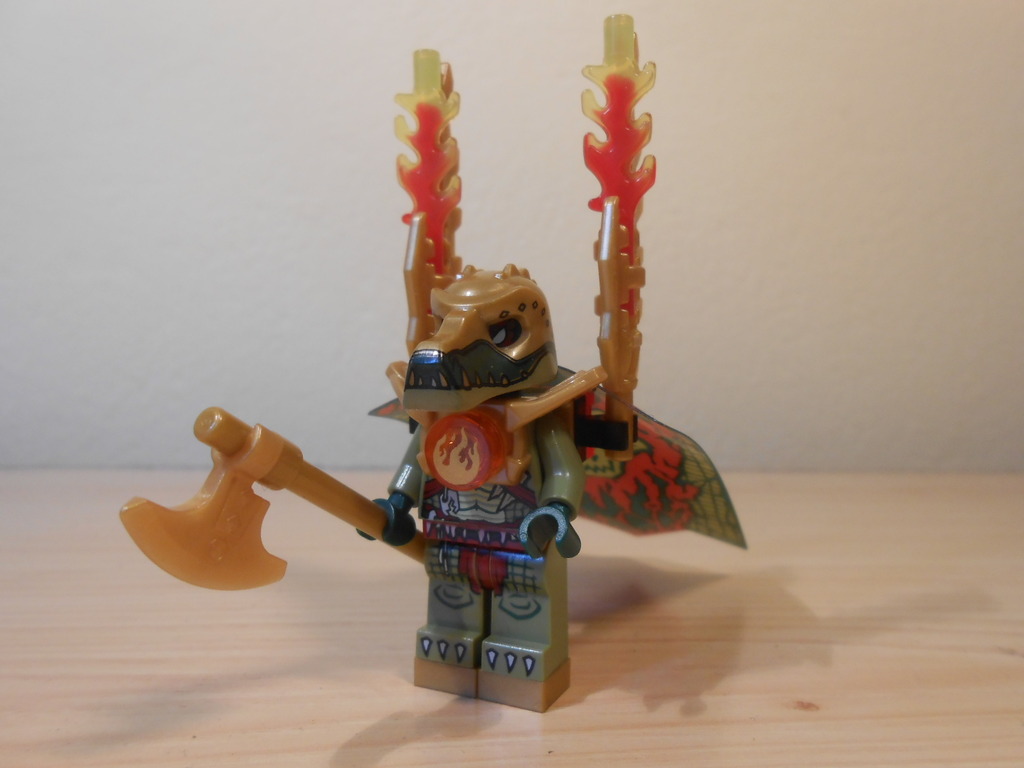 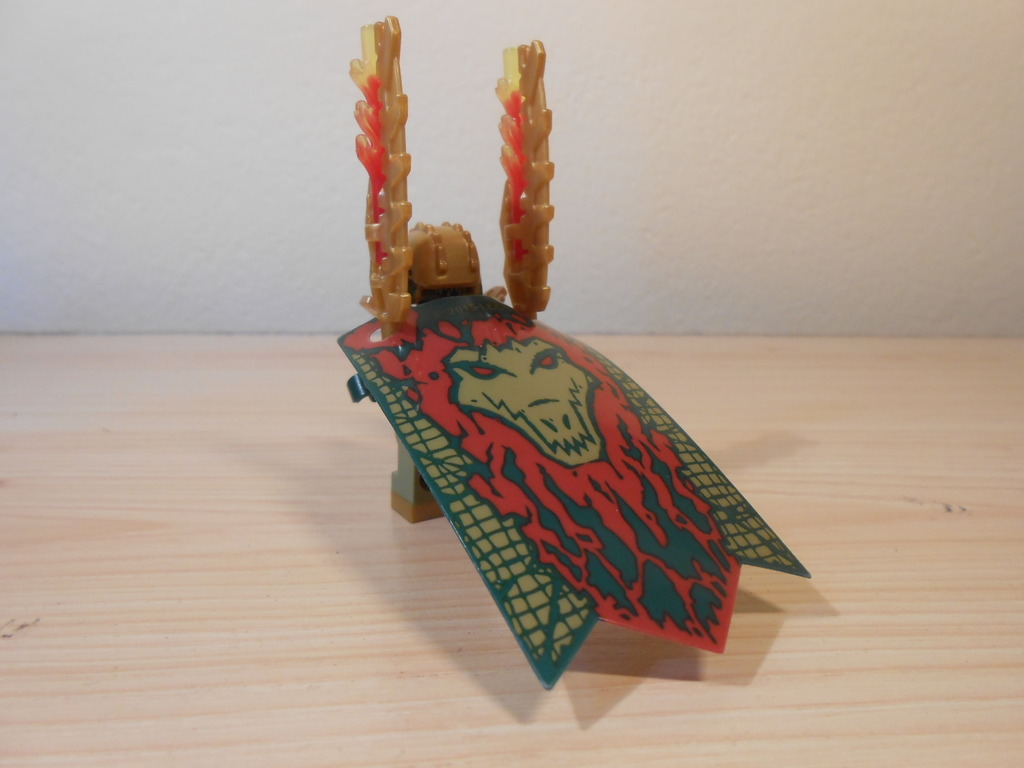 Such fearsome force is led to battle by Dawnchaser One-eye, riding a primal crocodon into battle. His weapon of choice is a greataxe, however when the battle heats up, those twin fireblades on his back aren't for show either!

The Chosen have prepared to take back the Jungle, and possibly the Evergreen Woods itself as a means of vengeance on the elves, whose selfish act of quarantining the beastfolk of the forests into Soleki lands caused the collapse of their First Empire, many many years ago. With their awesome might, zealotry and the fury of the Sun guiding their way, will anyone be able to stop their reptilian rampage?

Don't fuck with the beast-folk

Reintroducing a former campaign unit, in an attempt to make it a more standardized mainstay for the elven army: 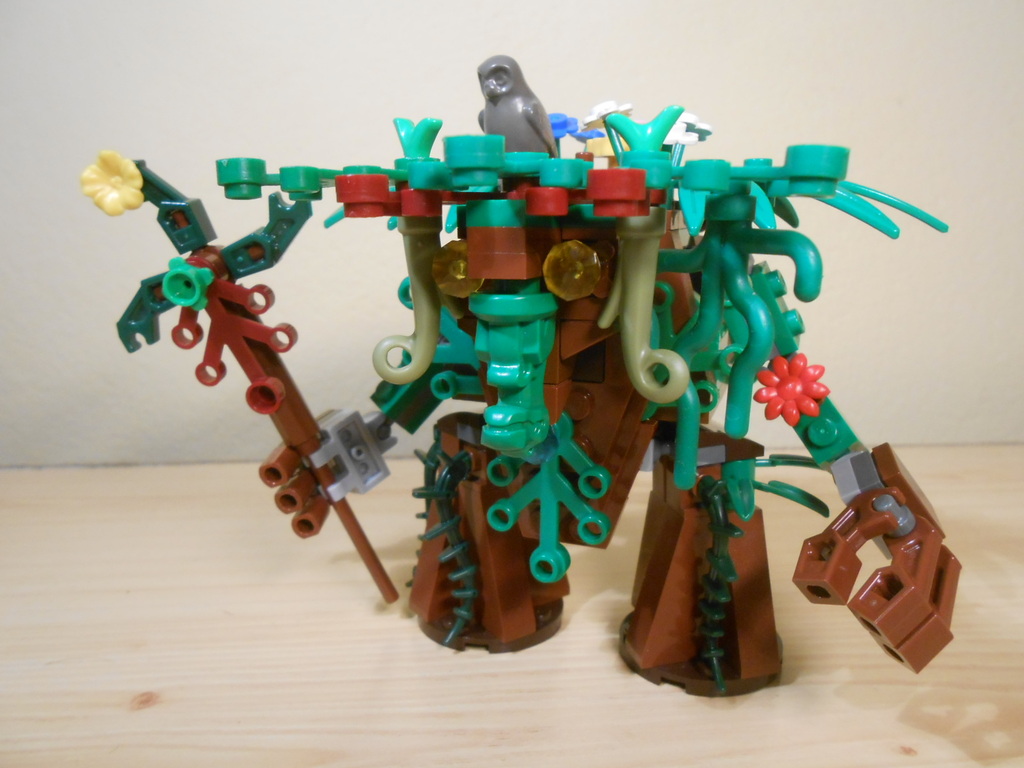 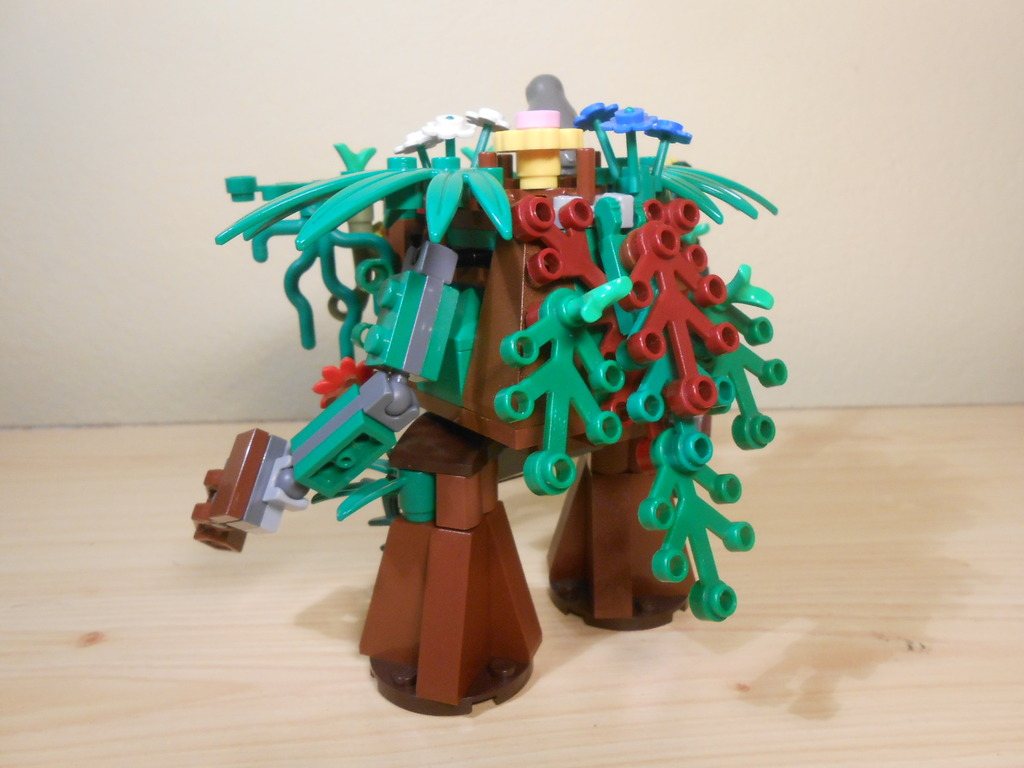 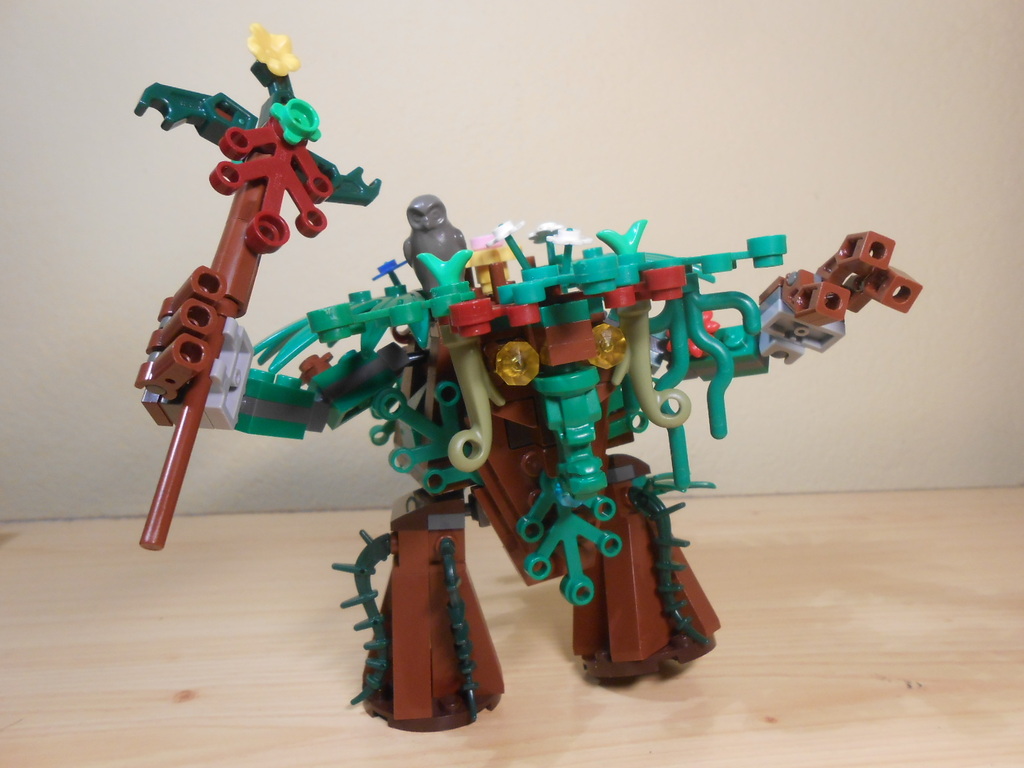 No clue for stats yet! Though it will probably be a large, lumbering (heh) spellcaster.

That ent is beautiful.

Yeah, the part usage going on here is very impressive.

Despite their initial success, King Magnus recalled jetpack troops supplied by the Engineer's Guild due to their high mortality rate. The guild thought that the rocket packs were ultimately too early and volatile to tinker around with and they all viewed the king's edict as confirmation of such sentiment.
All save for Hans Martellus, who saw this as a challenge and an opportunity to carry out improvements:

Hans' revised rocketeer gear is sturdier and faster, moreso akin to a suit of armor than a mere rocket pack. He fabricated a pair of impact gauntlets as his weapons of choice over pistols. Now he soars over the battlefield, swooping down and smiting foes as a means of live field tests and to prove his point to the guild that there is a future in the pursuit of aviation.

I want to see the treefolk sage wielding a guitar and rocking out with a metal band.

I hope the royal engineers get some sweet units

Zupponn wrote:I want to see the treefolk sage wielding a guitar and rocking out with a metal band.

Zupponn wrote:I want to see the treefolk sage wielding a guitar and rocking out with a metal band.

HOT DAYUM THIS NEEDS TO BE A THING.
-- WARNINK -- LINK BELOW IZ KNOWN TO CAUZE HEMMORAGE --

I went on a blindbag hunt to get some more units for the mythos faction: 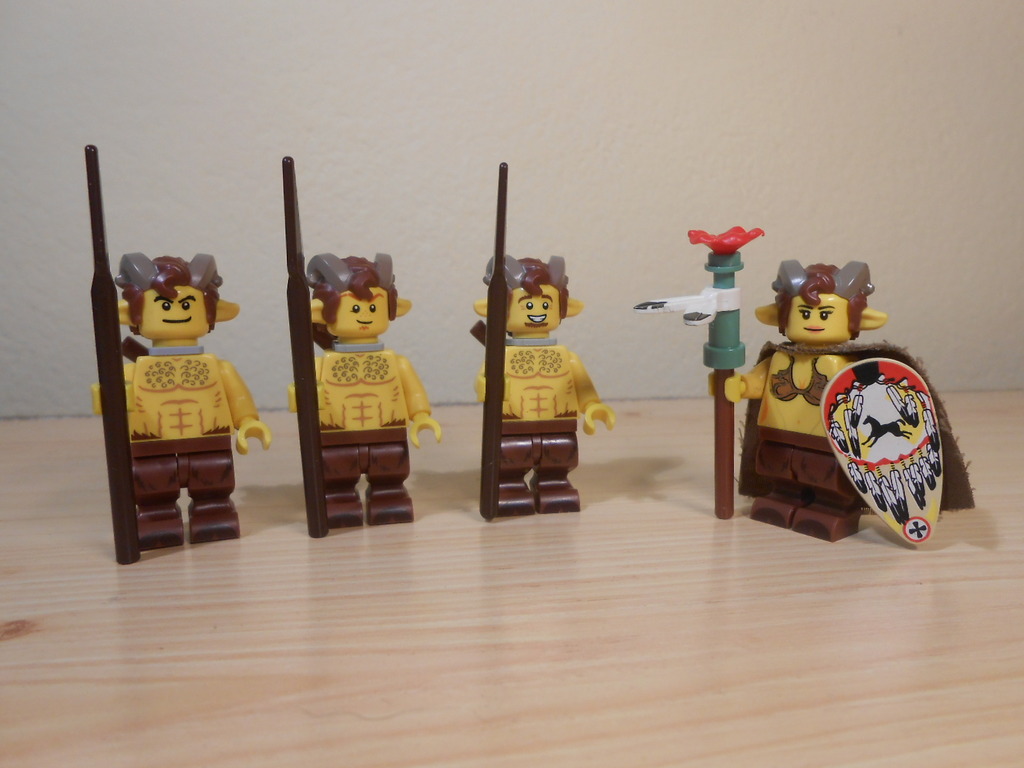 Pan Skirmishers will probably be statted as high-mobility hit and run skirmish troops. The spears are temporary, I think I'll try and get them slingshots to be short-range units. The fourth one is the commander option of the faction, called the Wildspeaker.

Doing warmachine overhauls because I'm tired of everyone having catapults - the orks got what is basically a beefed-up gear shredder: 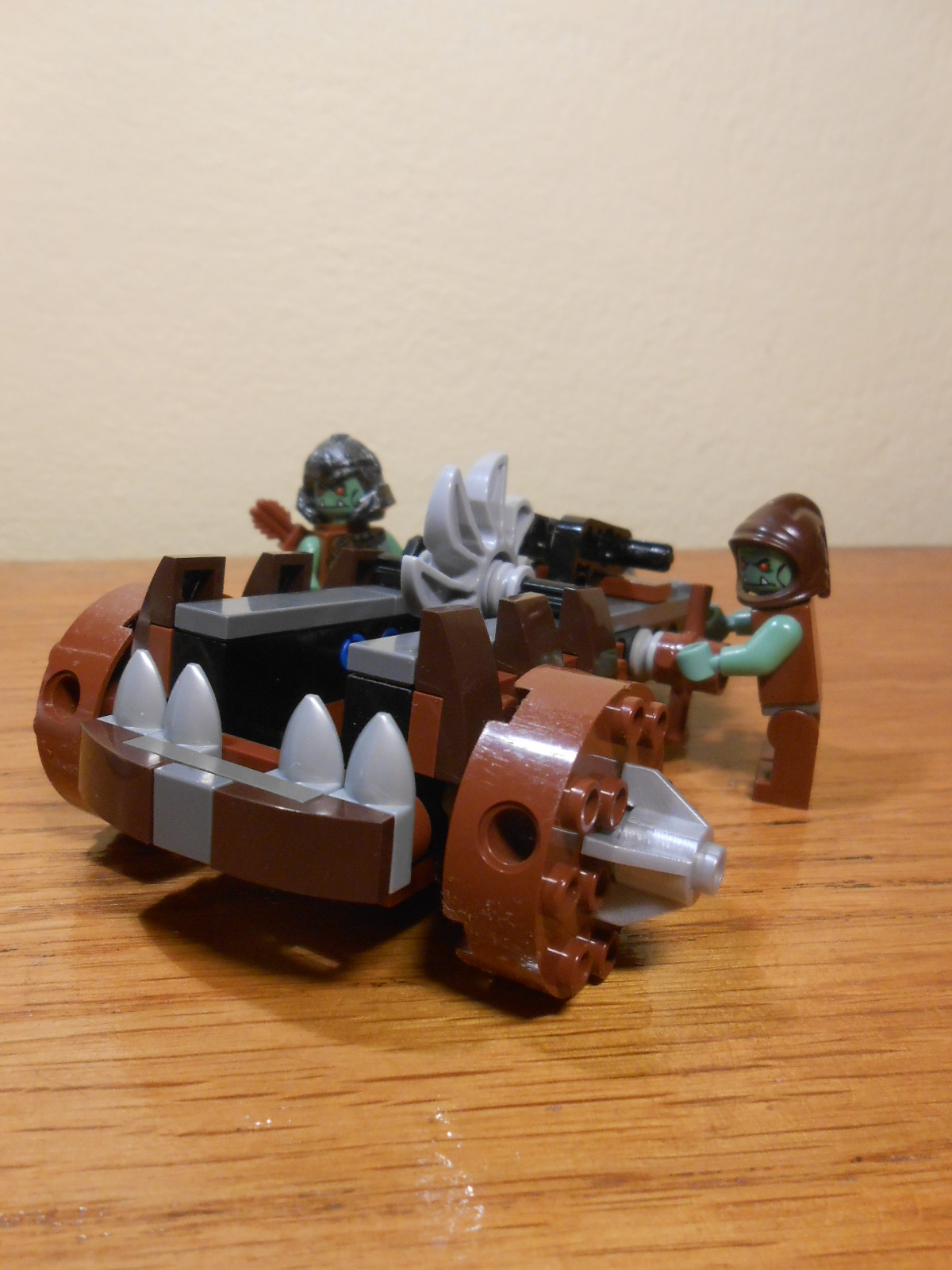 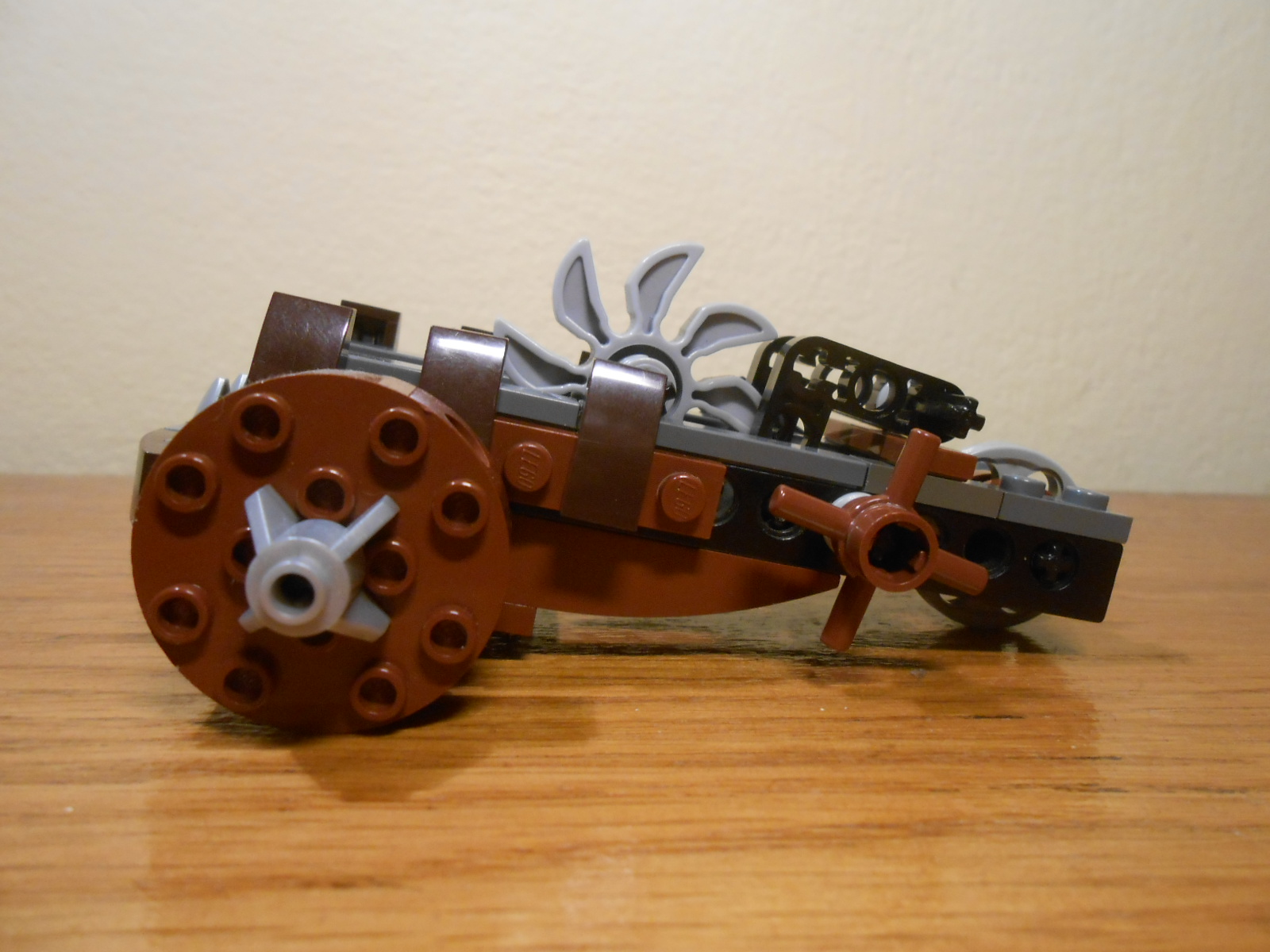 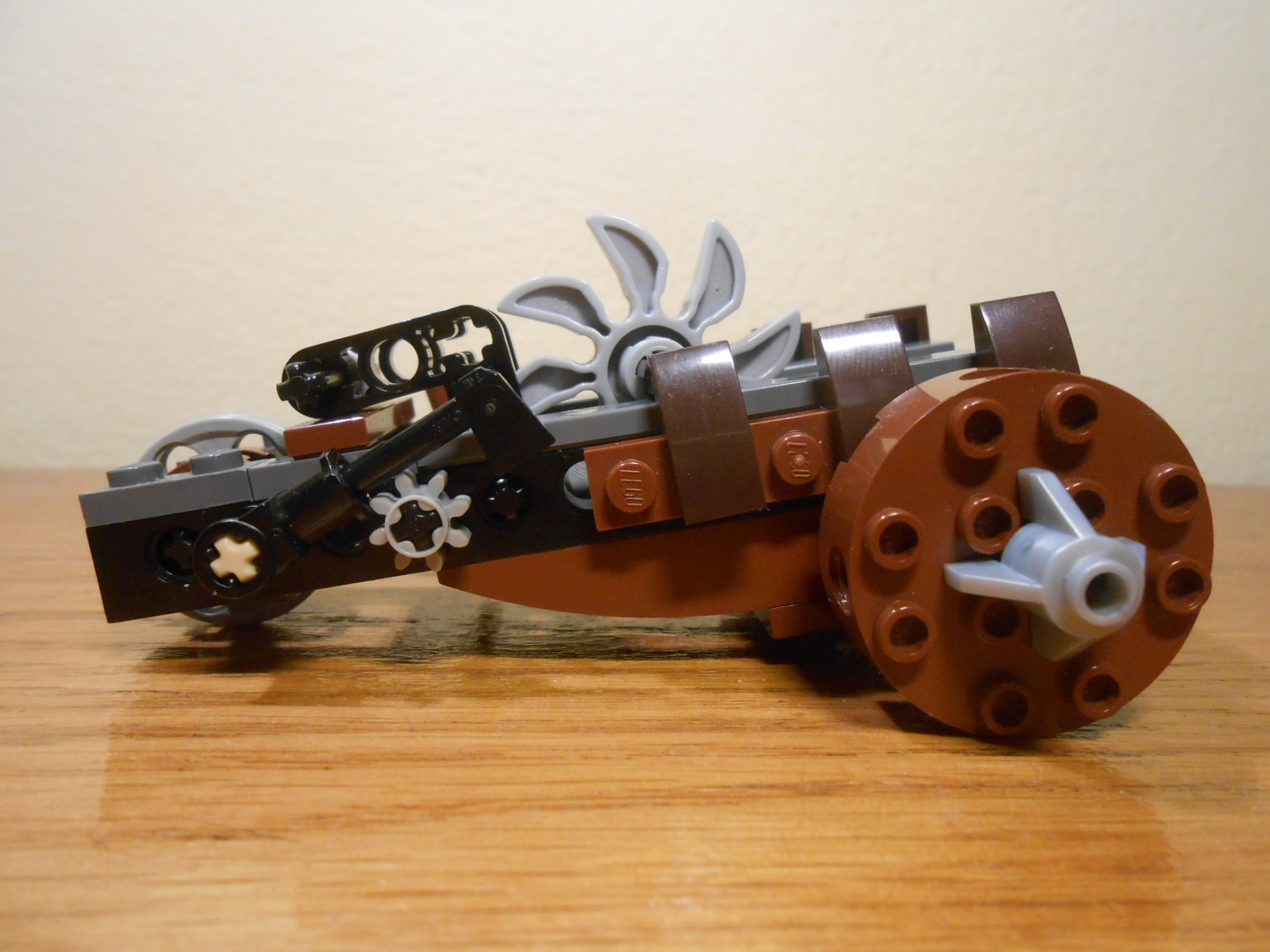 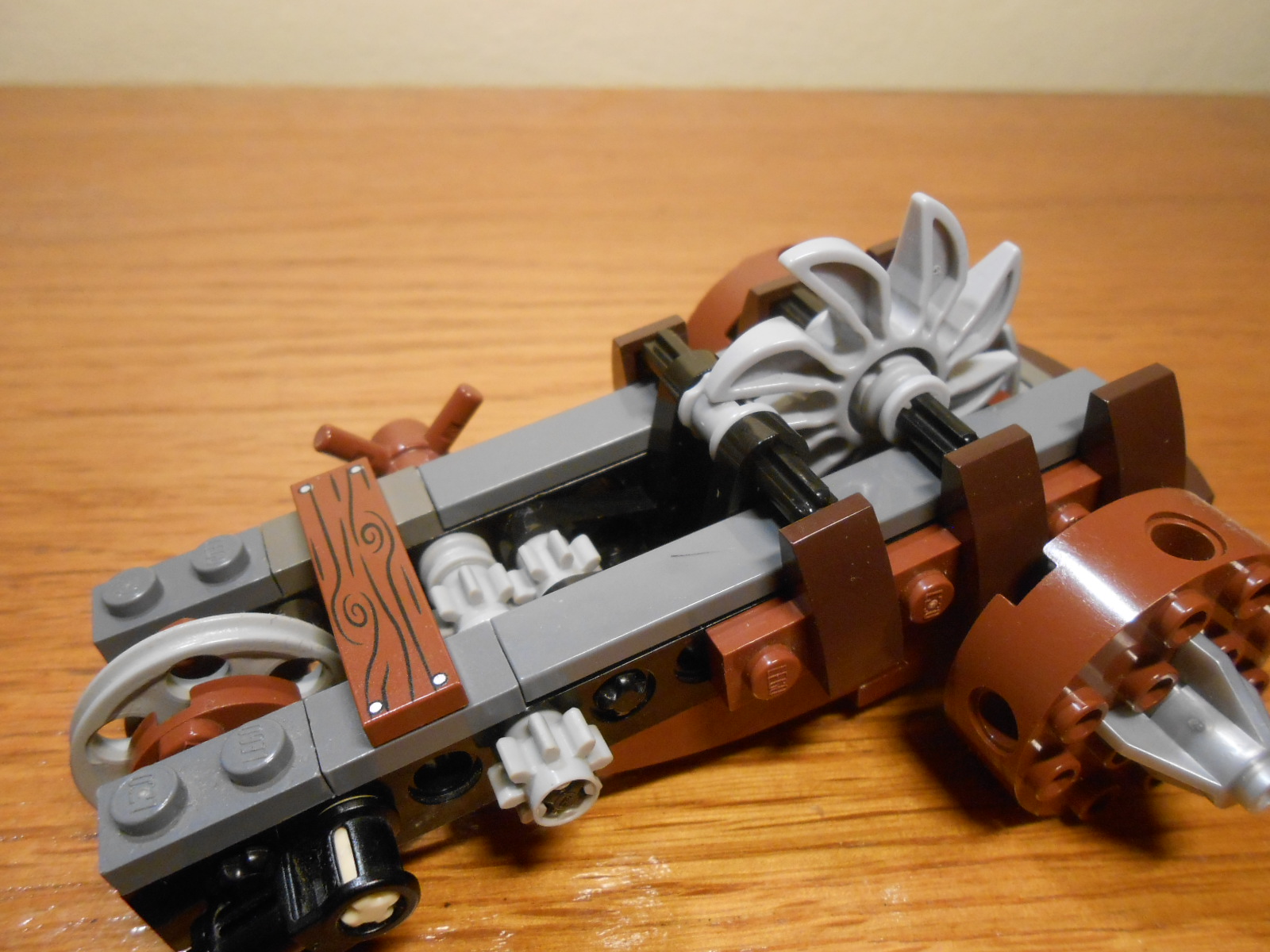 It has a working geared launching mechanism that can be locked with the switch when unused. It's very coarse but with a little luck payloads can travel 6-8 inches from manual fire.

Man your Medivo stuff is awesome and I hope it makes more people get into it.