King MethHouse casually sips his afternoon tea and casually glances to his left.
He spits out all the tea and gasps at the amazing sight of an orc on massive stilts.
He looks at the tea cup and wonders if its contents are kosher.

King MethHouse: "Chef! whatever this brand of tea is, get more of it."
Top

Was the whole thing with the stilts actually planned in the orders?? If so, impressive.
Top

piltogg wrote:Was the whole thing with the stilts actually planned in the orders?? If so, impressive.

Yep, that was all Silverdream. There wasn't much danger of the tree-chopping failing, since it was all automatic hits against inanimate targets with bunches of heavy weapons; the only big risk was the heroic feat roll at the end.

Still waiting for orders from Shadowscythe, Vami, and Butthurt.

Have orders from me? I do remember sending then
Top

Vami IV wrote:Have orders from me? I do remember sending then

You're right - you sent them so long ago I forgot. It's the danger of having so much time between turn updates.

Let me know if you want to change anything now that you're allied with the shitgoats. 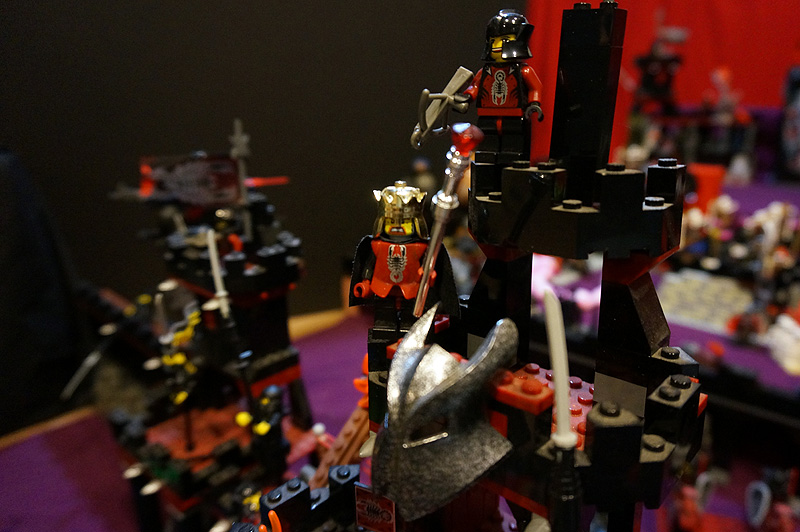 SHADOW COMMANDER: Set everything on fire! 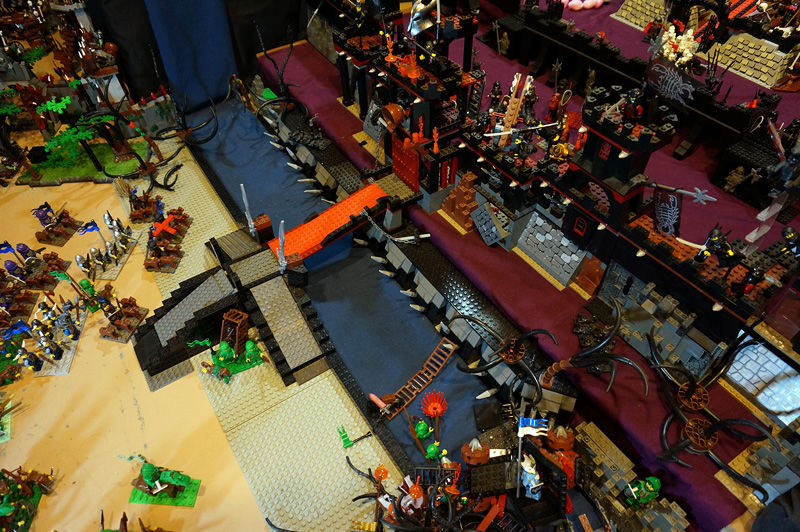 Fireball catapults launch fireballs. The right catapult fires at the Rainbow forces crossing the moat, but misses; the shot lands harmlessly in the water.

The left catapult fires at the besieging army's left flank. The shot will land next turn. 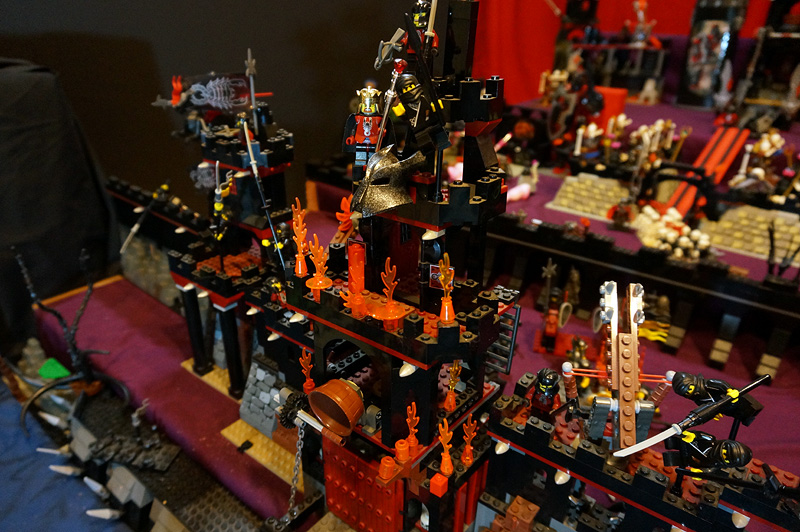 The flames on the tower spread rapidly, almost burning one of the garrison ninjas. He Bails up to the next level, landing on his feet easily (because he's a ninja). 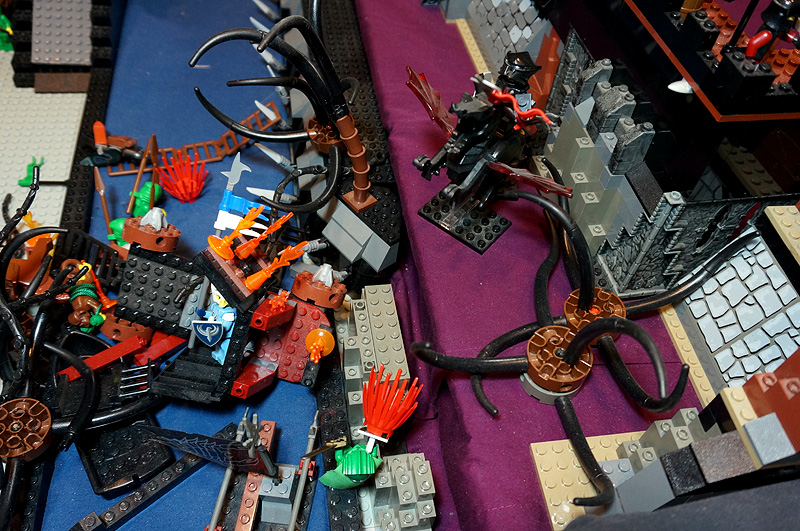 A dragon flies down to torch the knights crossing the moat with his fire breath. IVasscus escapes unscathed, and the Rayho gryphon knight takes cover under the door of the smashed cart. The cart is set on fire, but holds together. 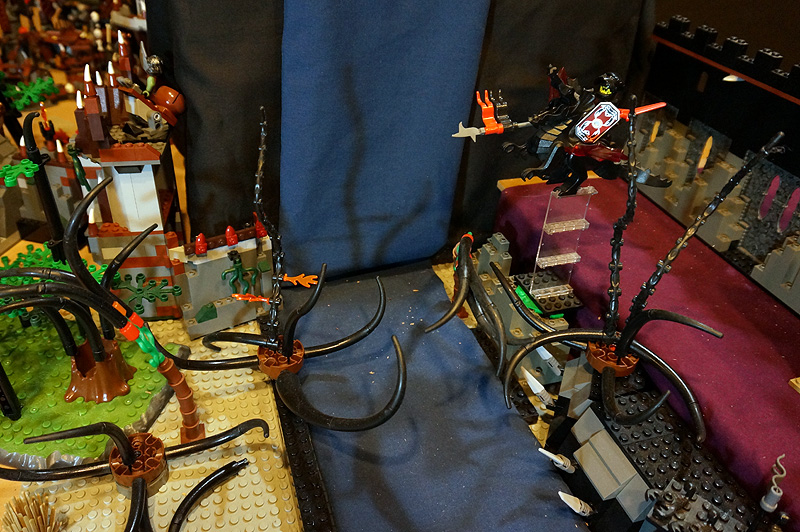 The other dragon tries to start a forest fire in the orc forest. His fire breath roll is anemic, and he only manages to barely light one tree branch. 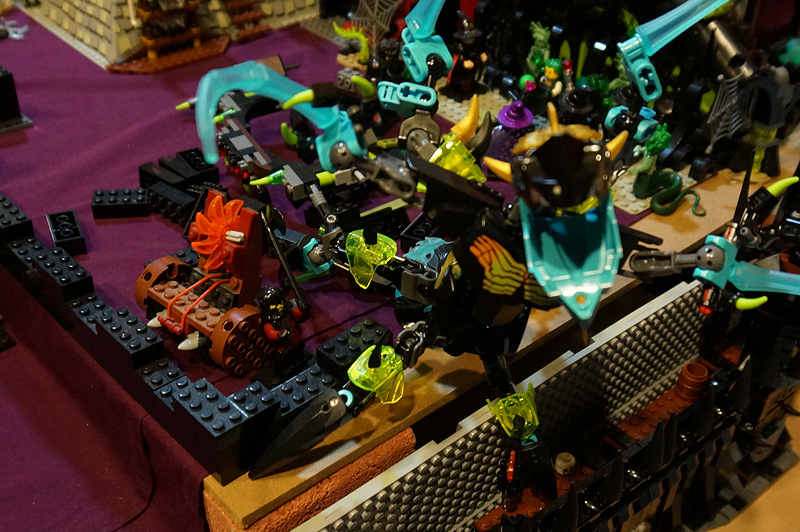 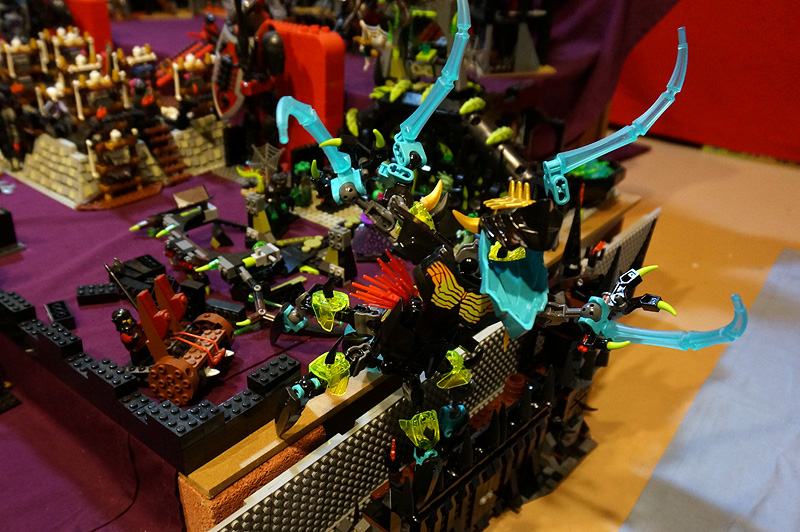 The Shadow Knight fires his fireball catapult directly into Hexonxonx's abdomen. It doesn't roll quite high enough to do any lasting damage, but it does set Hexonxonx on fire. 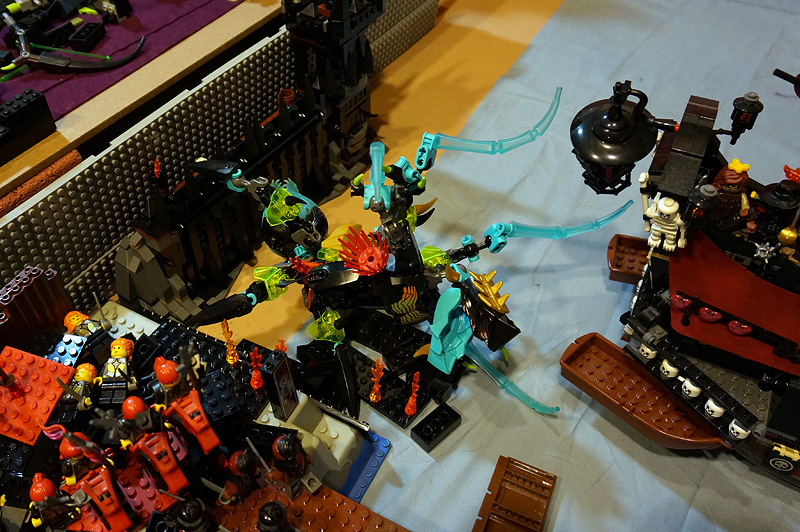 The shot also causes just enough KnockBack to send Hexonxonx over the cliff and into the water, where it lands in the spill of toxic sludge it created last turn. The flames spread from Hexonxonx and light the oil spill on fire. 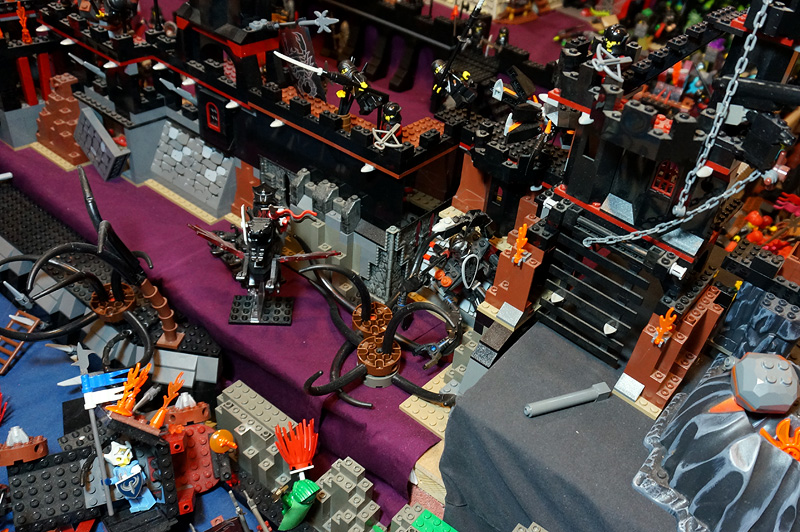 Crossbowmen on the wall prepare response fire against the approaching knights. The Giant Scorpion climbs down to intercept them. 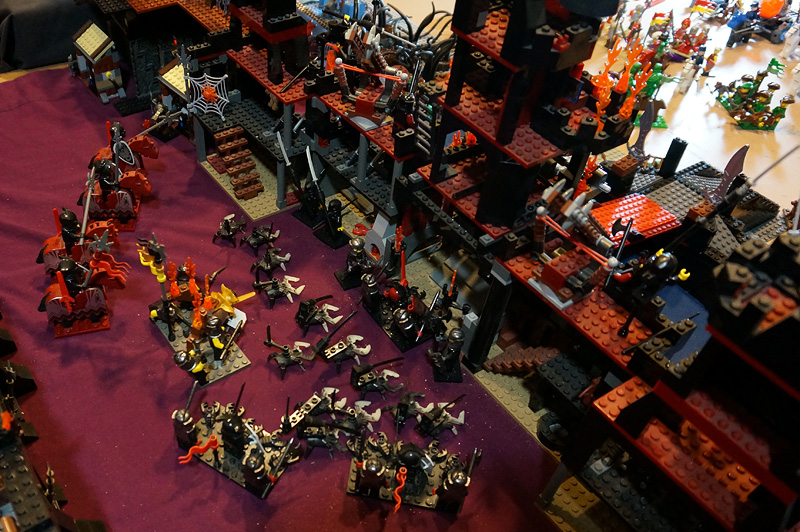 Shadow Knight infantry and cavalry position themselves around the front gate. 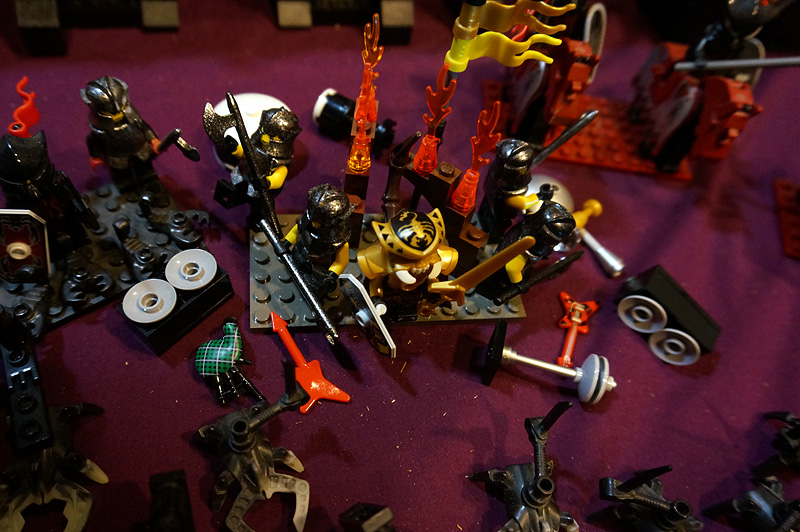 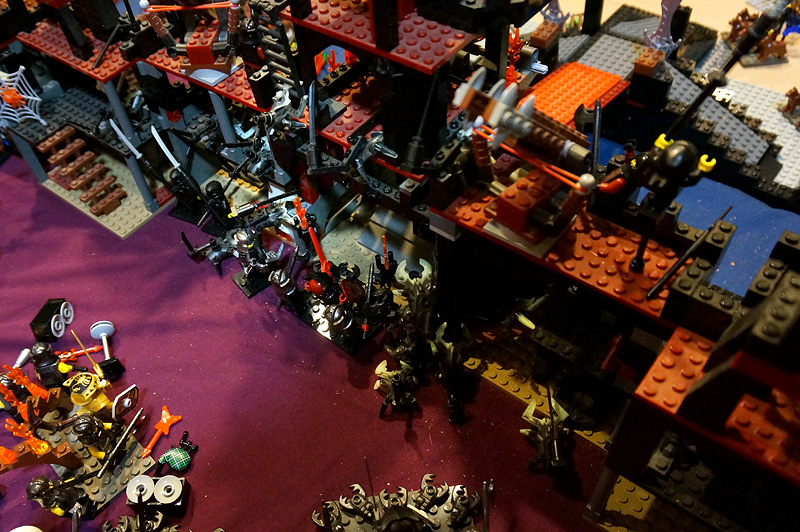 Sword scorpions start crawling all over the walls and some of the guards, hiding in nooks and crannies. 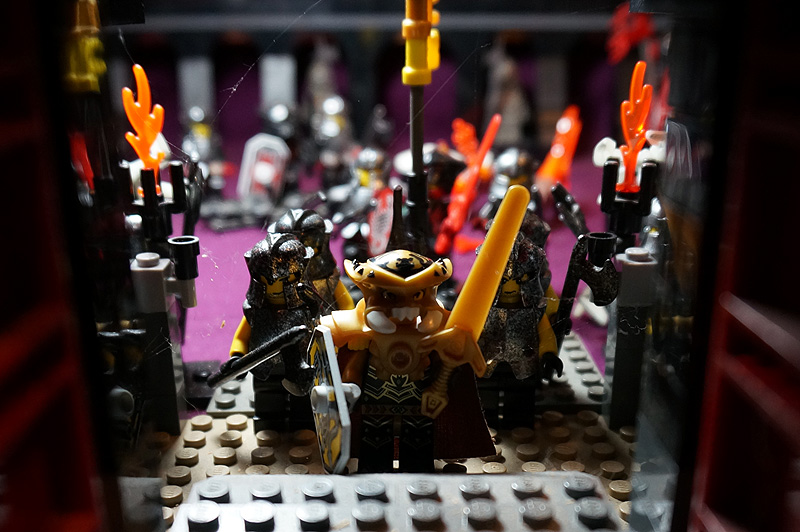 Drayko crowds in front of the Shadow Knights in the gateway.

DRAYKO: If anyone deserves to be at the forefront, it's us! 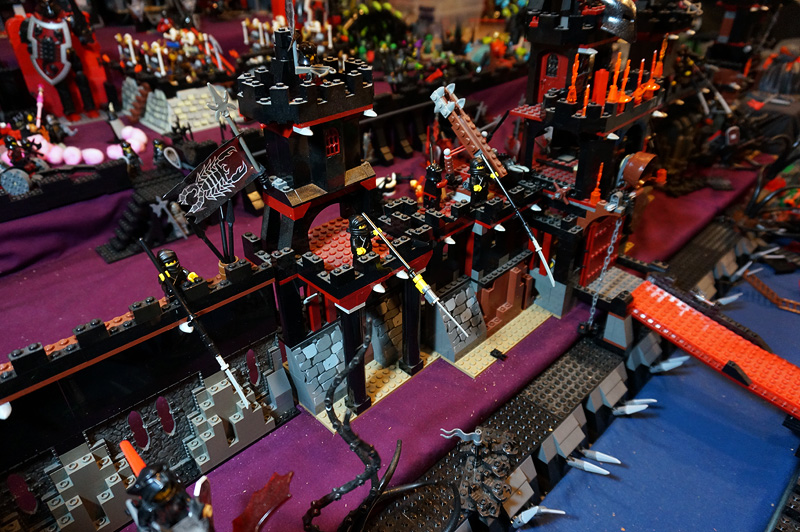 The wall ninjas stop flipping out and prepare response attacks. 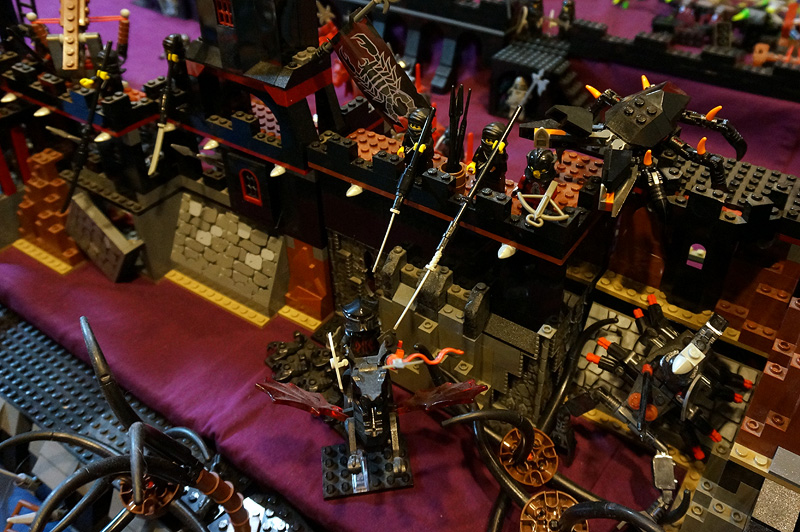 The lava scorpion takes position on the wall.

He put this off for so long to get natural spider webs. He's a true artist. 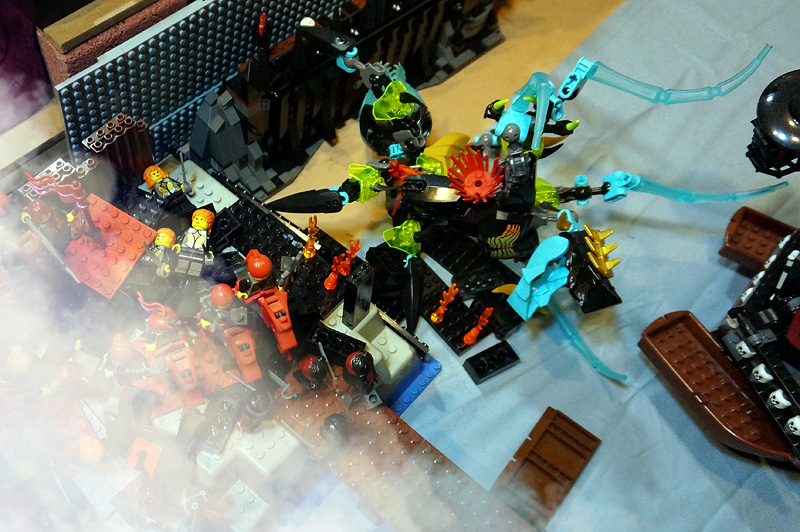 The bitches regard their brutally slaughtered sisters (and a horse).

Hours of drilling pay off as the Bitches perform a synchronized hair flip in perfect unison. 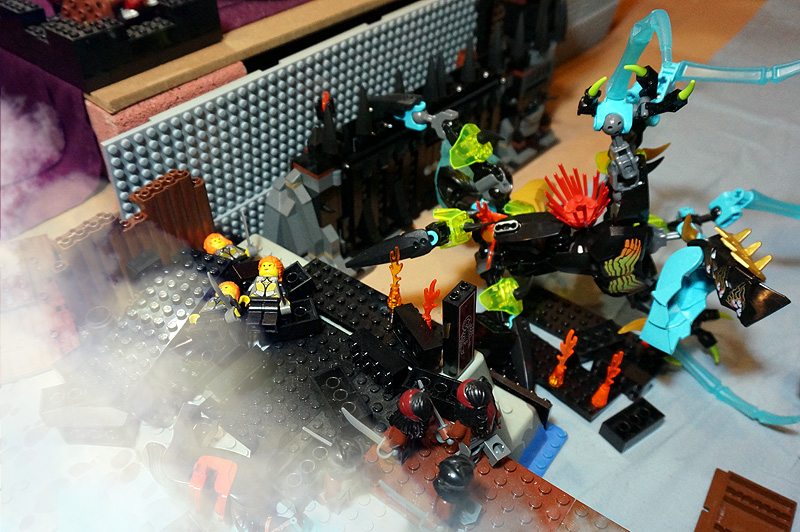 The Bitches escape into the steam.

Took a couple tries to find a replacement player to take on the Bitches while Butthurt is off having adventures, but we're back on track.

Next up, Black Inches (lawmaster) and Red Miles (Scratch). You've both got standing orders from last turn, so let me know if you want to do anything different or continue on your current courses. Note that the Red Miles away team hasn't been hit by the Hexonxonx bile yet, but if they might get caught in the fire if they keep moving forward.

Do you ever have to kill spiders that have wandered on to the map because you put this off for so long?
Top

I just redistribute them over to Natalya's section of the board.

Aw yes, the Rainbow War is back.

Armoury: The Realm of Frostborne , The United Empires of Esduin / The Story So Far: Frostborne Kronicles
Top
Post Reply
87 posts