It's based off of the French Panhard VBL. 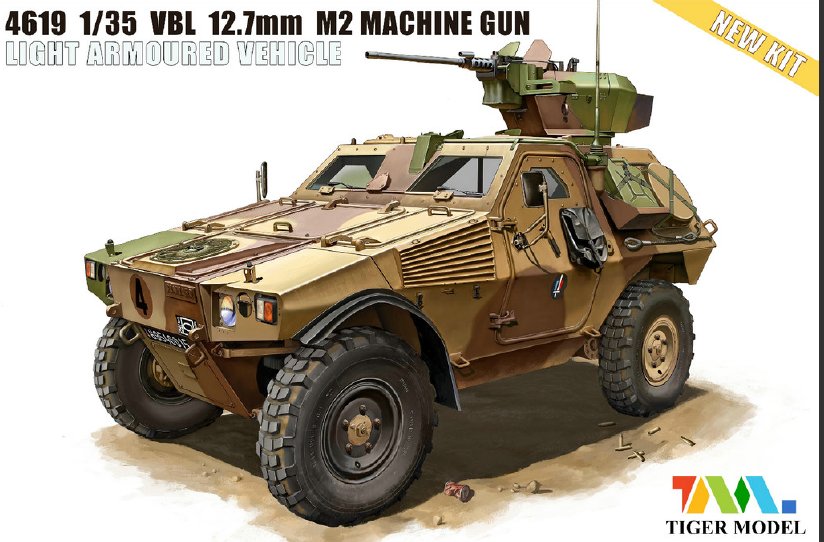 Keep in mind also that this model is still very much a prototype. After all, my Leopard was not fully realistic on the first build (and some may argue that it's still not realistic xD). I will in fact be totally rebuilding the VBL/Cougar - but that will be after the Bricks By The Bay convention.

Its the space between the wheels that could be filled.

Valiant wrote:That's why I'll be tearing apart the old chassis in a few weeks 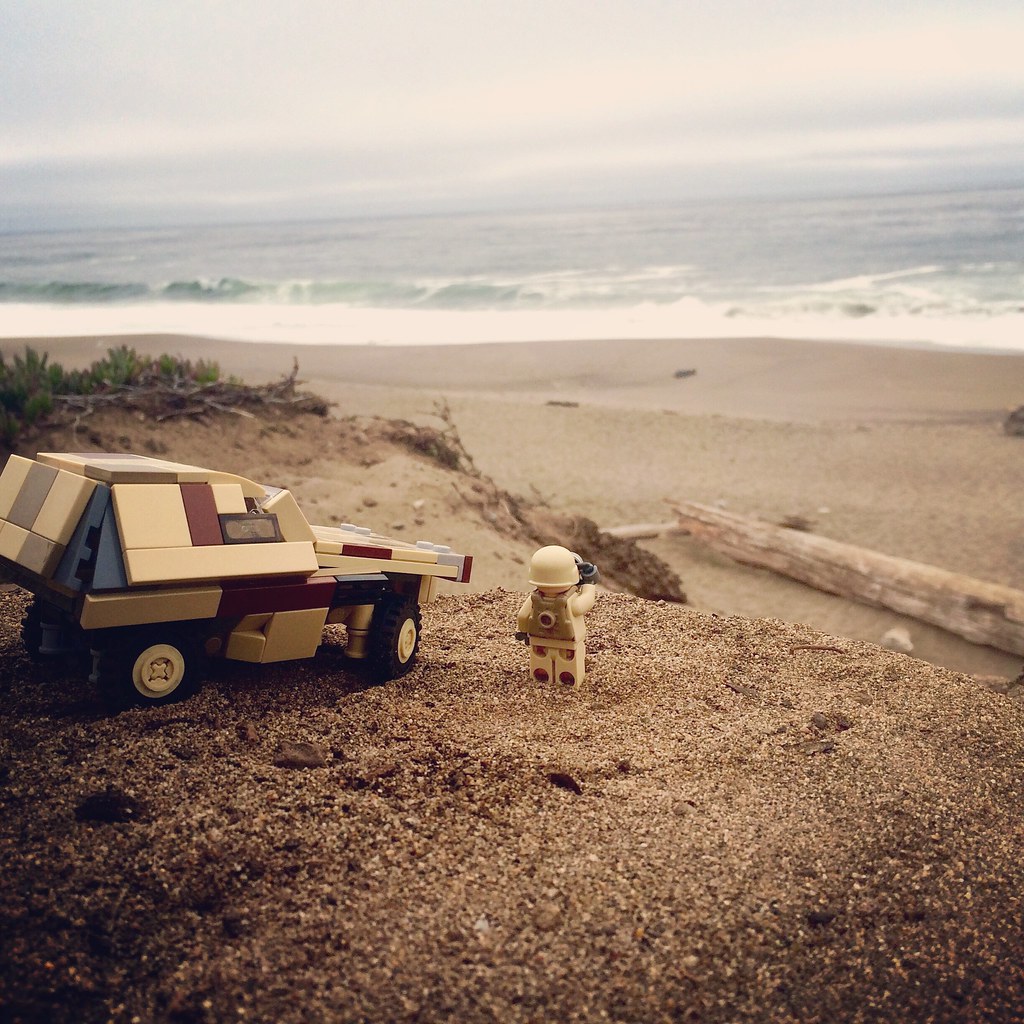 Outdoor shots are the best

looking forward to seeing it
"Tallyho lads, snuggle the houses and burn the women! Leave not a single potted plant alive! Full speed ahead and damn the cheesemongers"
Top

Will this be released when Stubby releases the 2010 rulebook?
My Factions/My Battles/My Painting and Modelling Adventures
A mind without purpose will wander in dark places
Top

Probably Bann!
The days just fly by...
I do have the photos ready, I'm just too tired to post them xD
My Flickr Page
My YouTube Channel
Brick and Builder (Instagram)
My Leopard 2 & Tank Shop Threads
Top 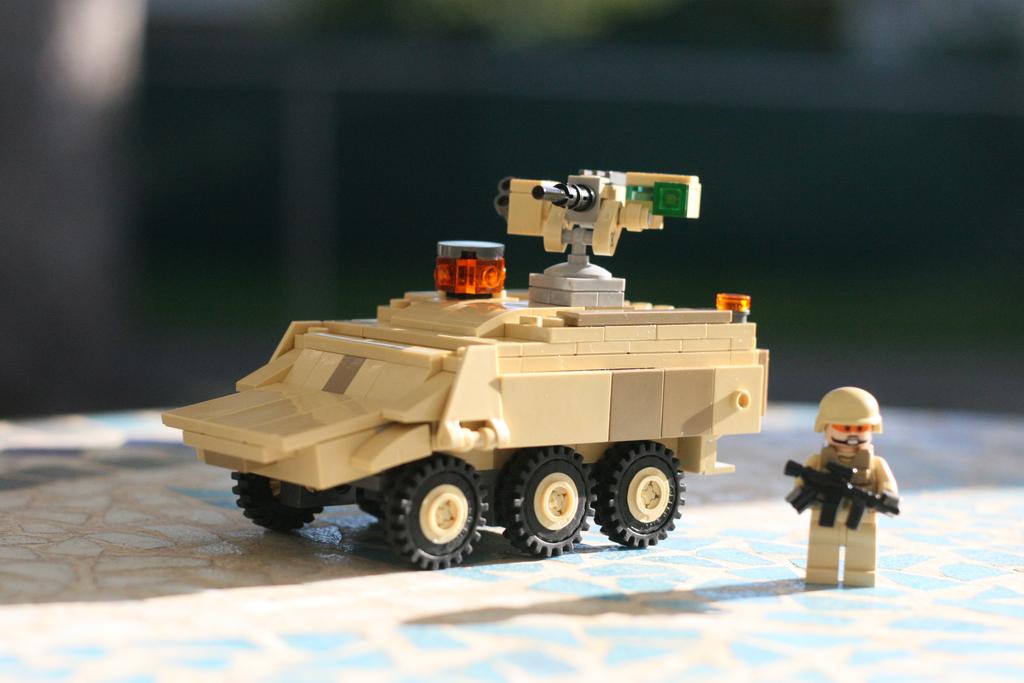 Ladies and gentelmen, I present to you the Coyote AFV! 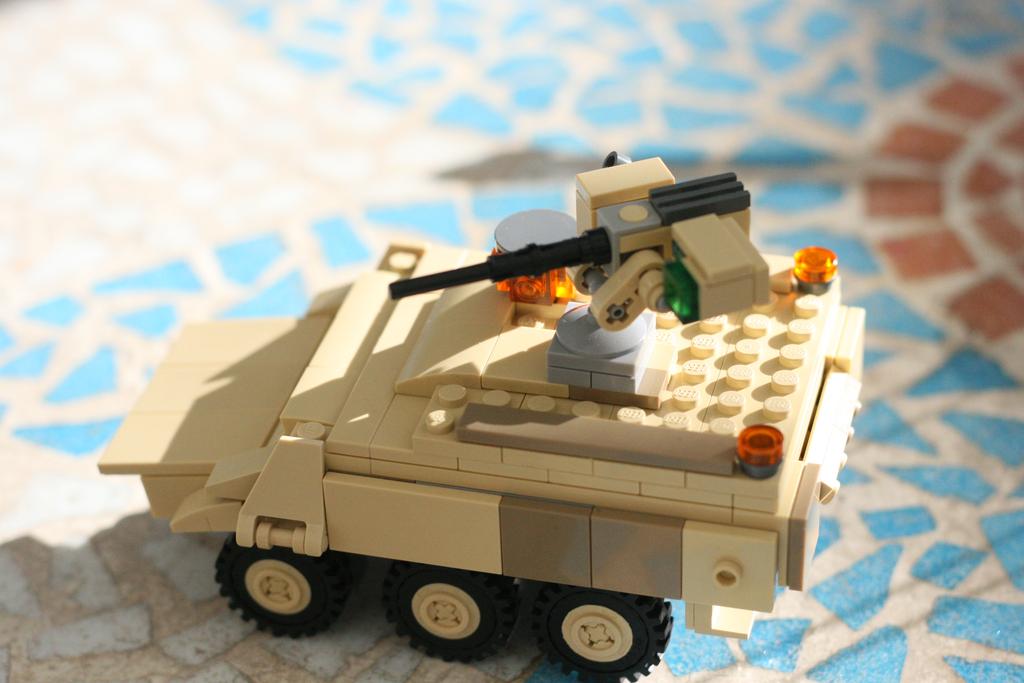 A 6x6 vehicle, the Coyote is capable of handling various module packages. Seen here, the Coyote is currently utilising the "deep reconnaissance" loadout. Armed with a .50 cal RWS (Remote Weapons Station) and an array of sensors, she is capable both in the scout role and in defending herself against infantry assault. 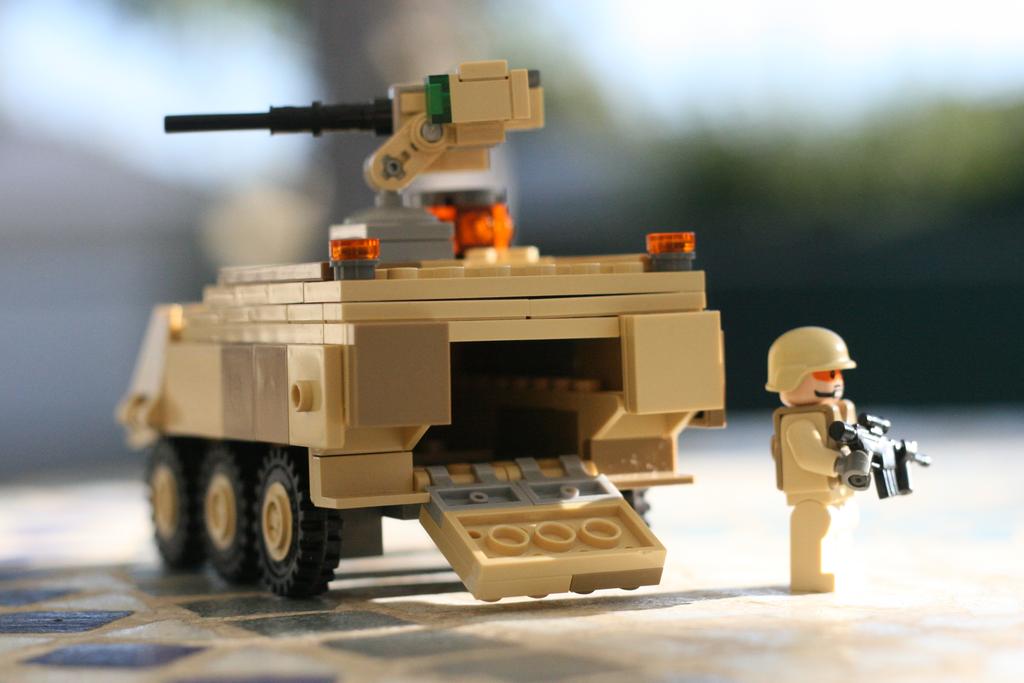 In the vehicle there is room for one driver and two occupants. 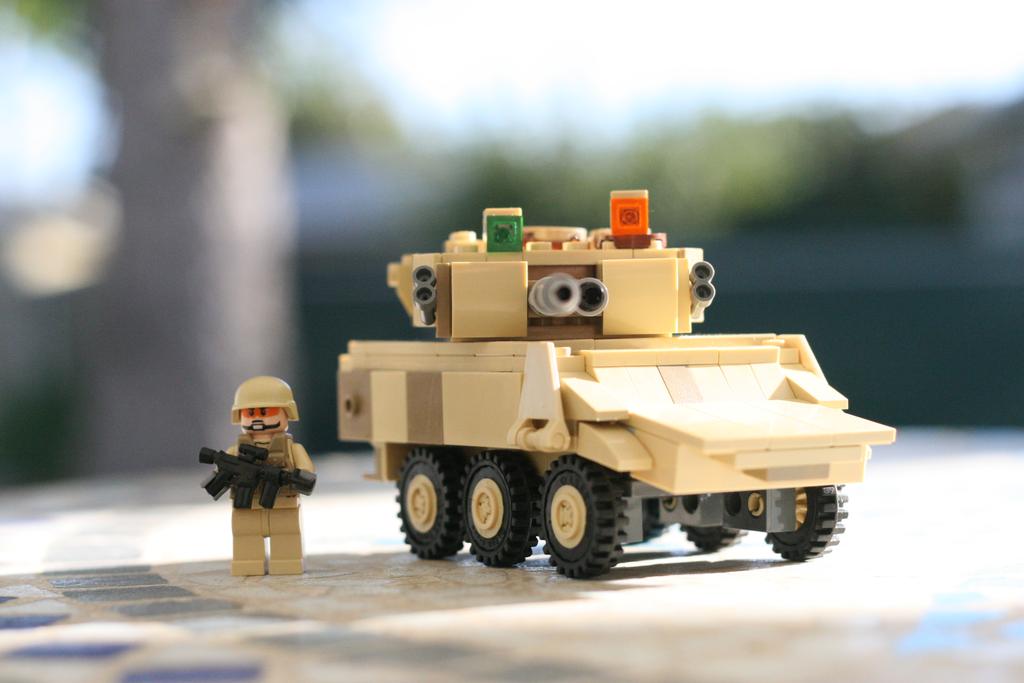 When utilising the ABSDS designed turret, she carries a 30mm autocannon (3 shot magazine) and a co-axial .30 cal. 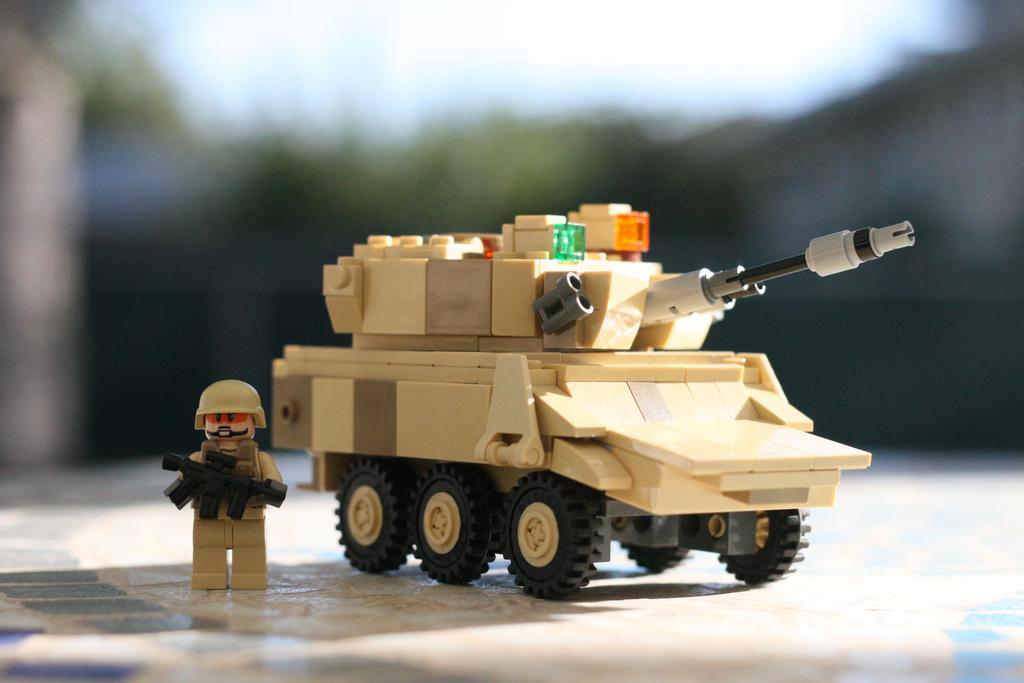 Just look at that glorious turret! 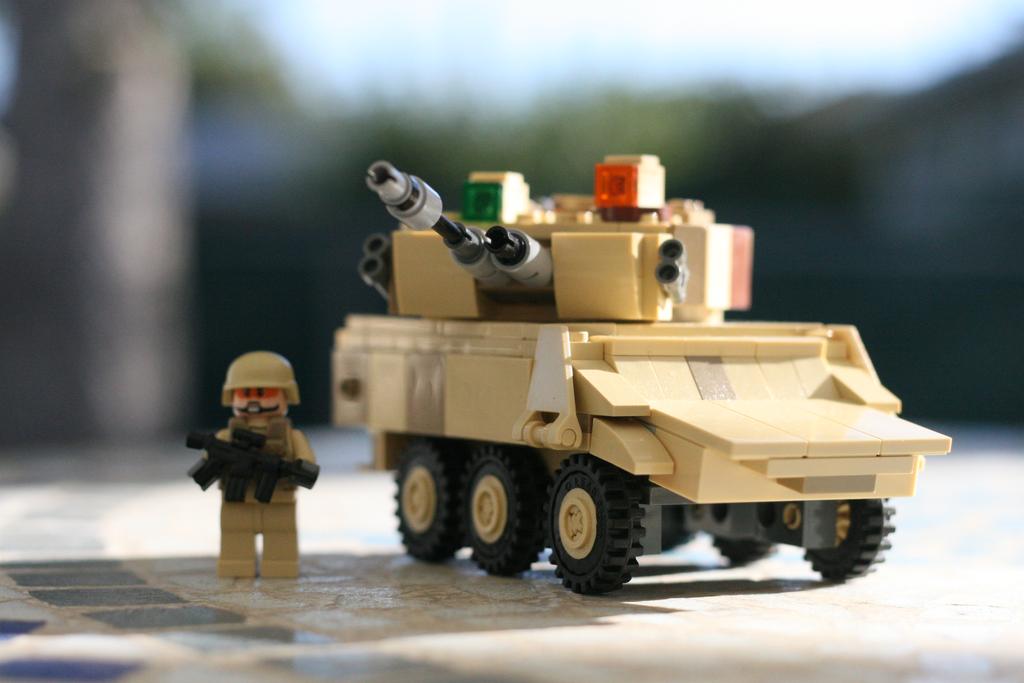 The turret is controlled by one operator. 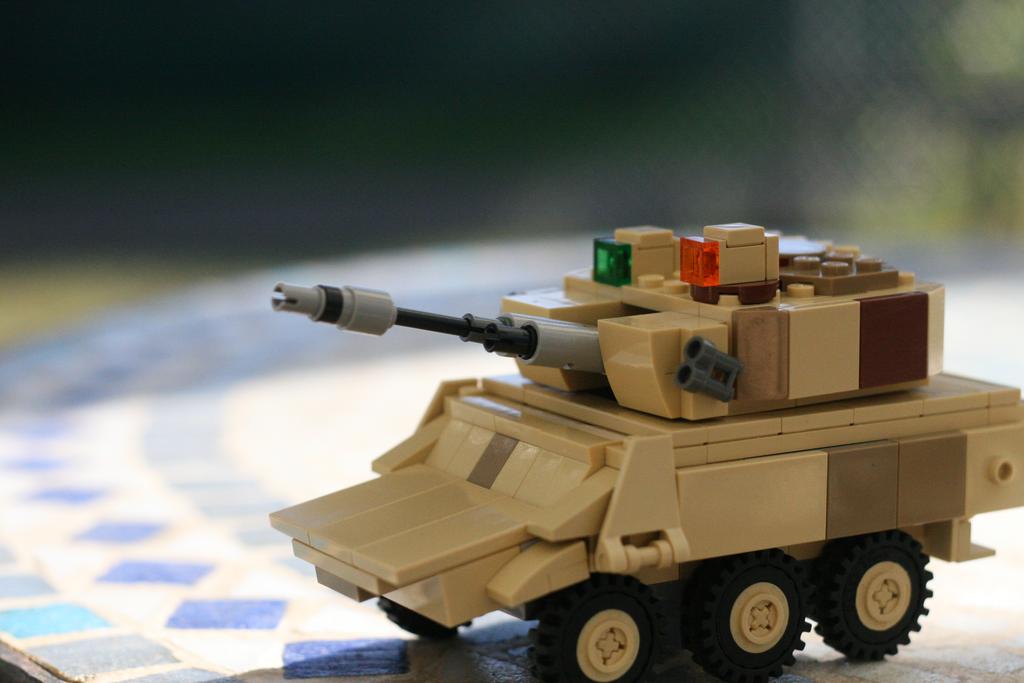 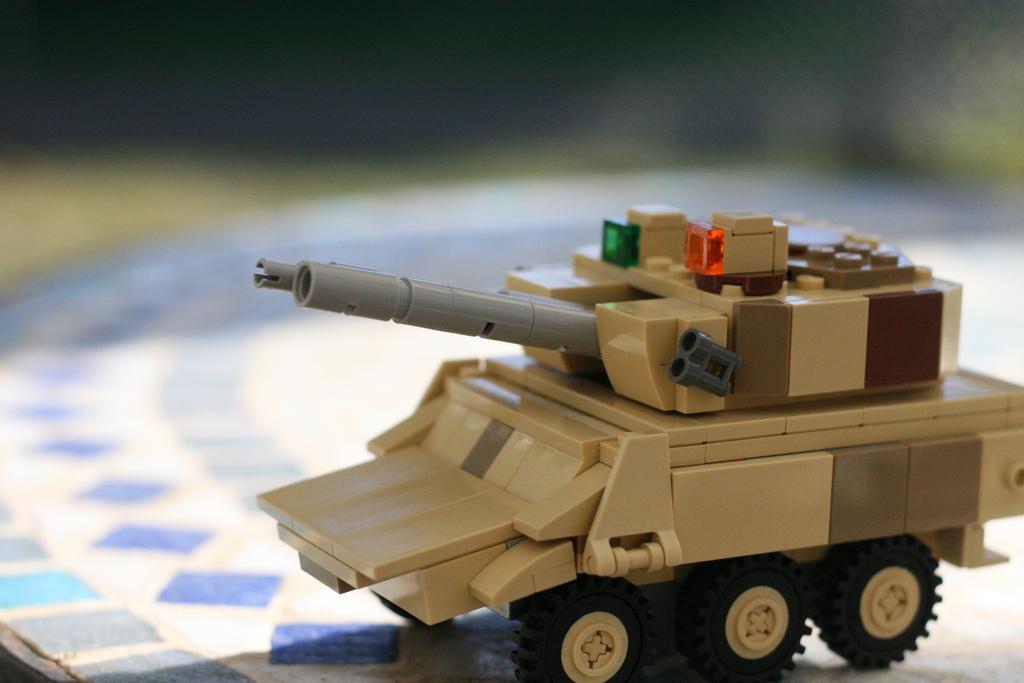 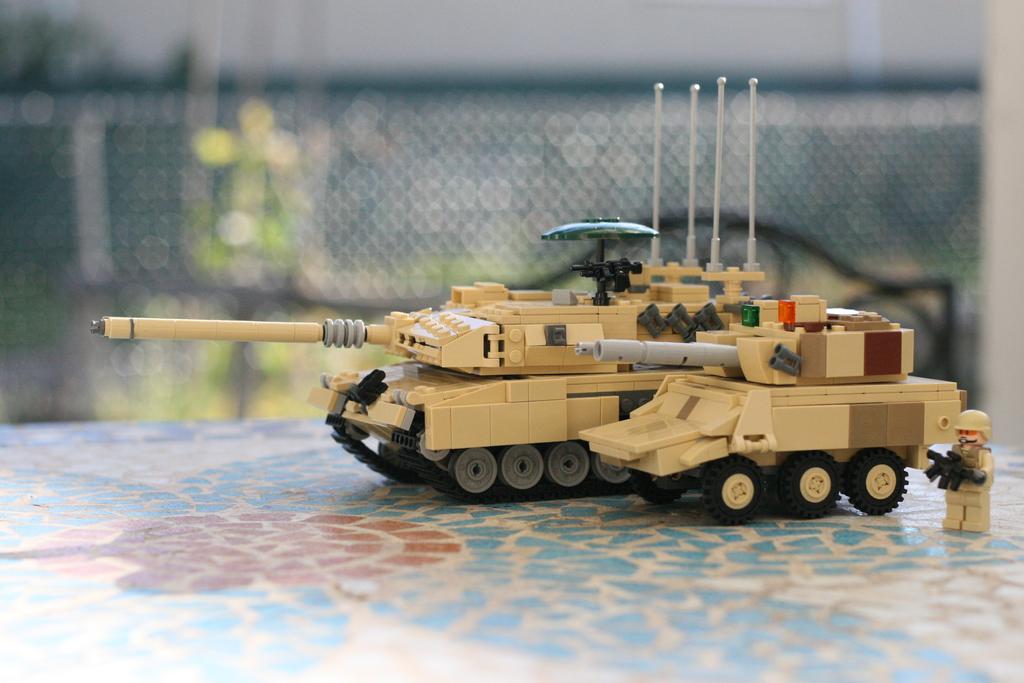 The Leopard 2A6 for reference.

Again you amaze me with your skills at building armoured vehicles. Keep this up!

Love the new Coyote design too.

Wow! Its amazing! so small too!
"Tallyho lads, snuggle the houses and burn the women! Leave not a single potted plant alive! Full speed ahead and damn the cheesemongers"
Top

Nice build its refreshing to get some vehicular variety. What size is it 4"-5"? Can't wait to blow it up!