motorhead fan
I want to climb on to thevengefulone, stick my tongue into his ear and ride him all the way to satan.
Posts: 1693
Joined: Sat Jul 20, 2013 9:17 am
Location: Rolled up in a ball in a corner, quietly vomiting.

First things first, I don't know if this belongs here, but hey, here it is anyway.

This scenario was inspired by the TV series called Supernatural, mixed with a bit of other demonic stories from somewhere.

6: The Demon
When an extremely violent minifig finally dies in battle after scoring a large killcount,
there is a chance that that minifig's soul becomes a Demon
(Short explanation)

A demon is basically a small red light 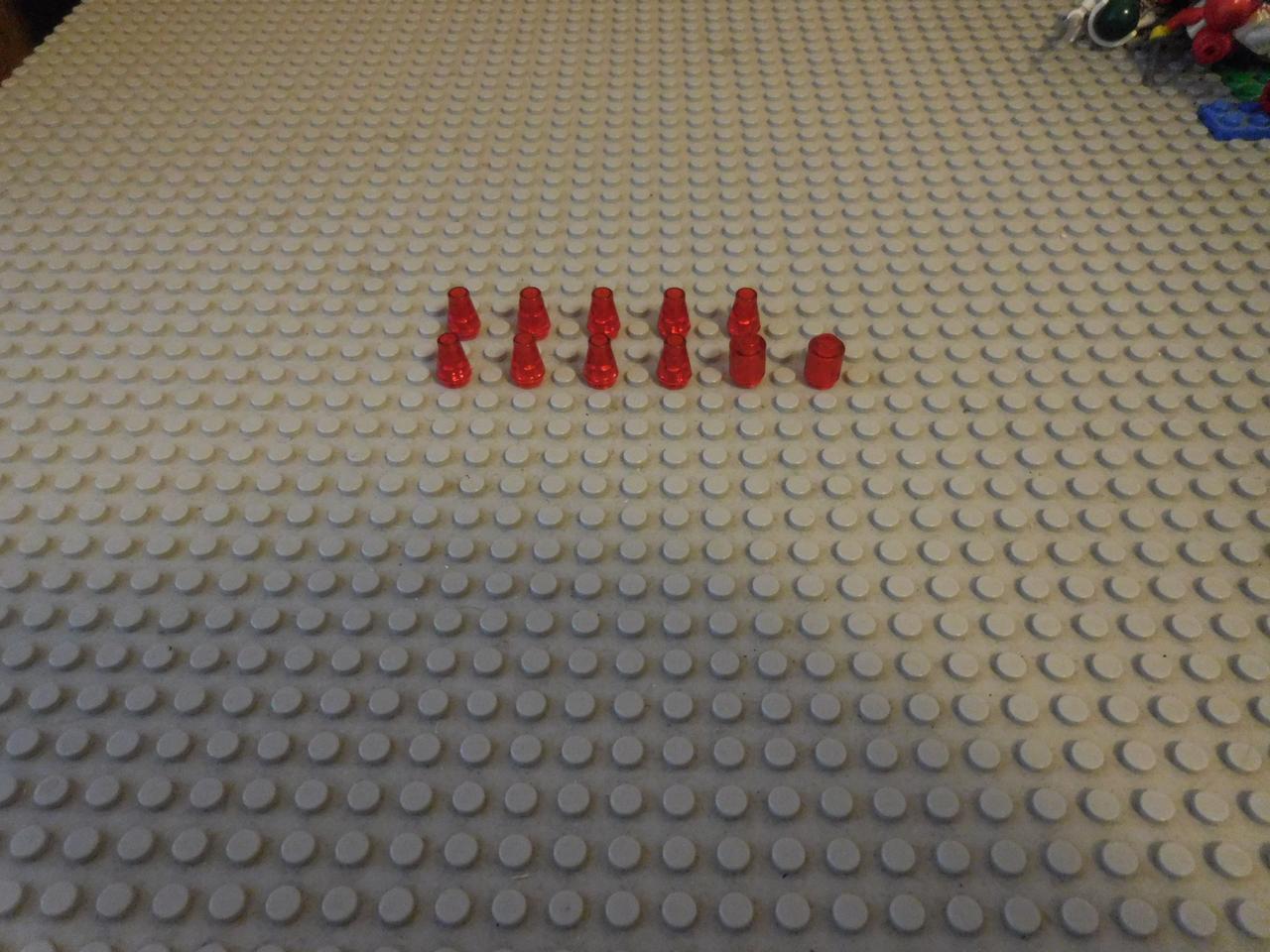 These work rather well.
Come out of a portal: 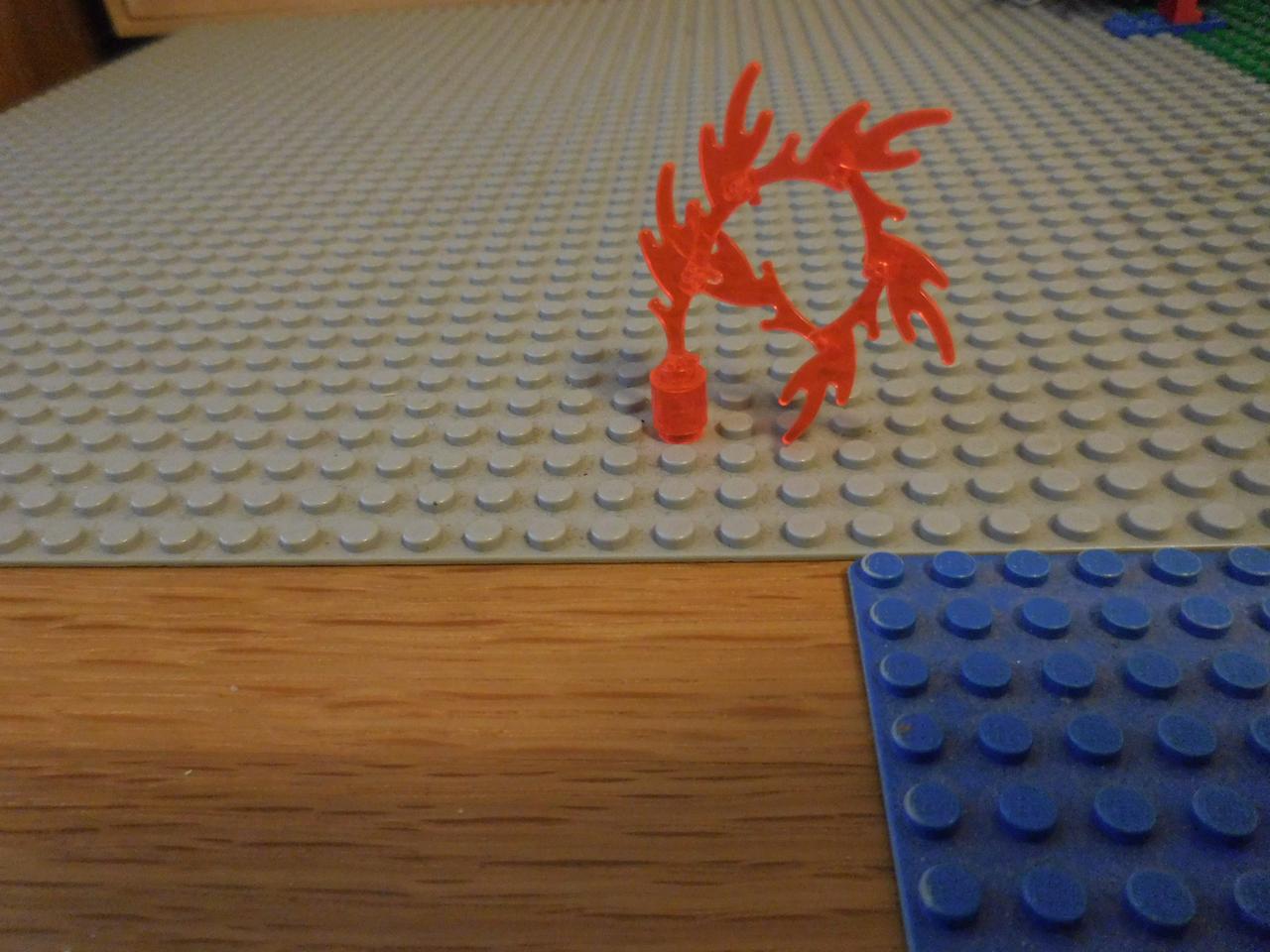 They can possess minifigs, using their skill (D8) against the skill of the minifig they are trying to infiltrate.
Once Inside a minifig, they can use special powers, Using again their skill of 1D8, to do a variety of feats, such as:
-Making a minifig dead
-Launching themselves to high place
-moving stuff.
-And whatever other things you can think of.

When attacking an object(or minifig) they simply roll their 1D8 against the "armor" of that object.
(1D6 for a minifig for example)
The maximum range is 12 inches. 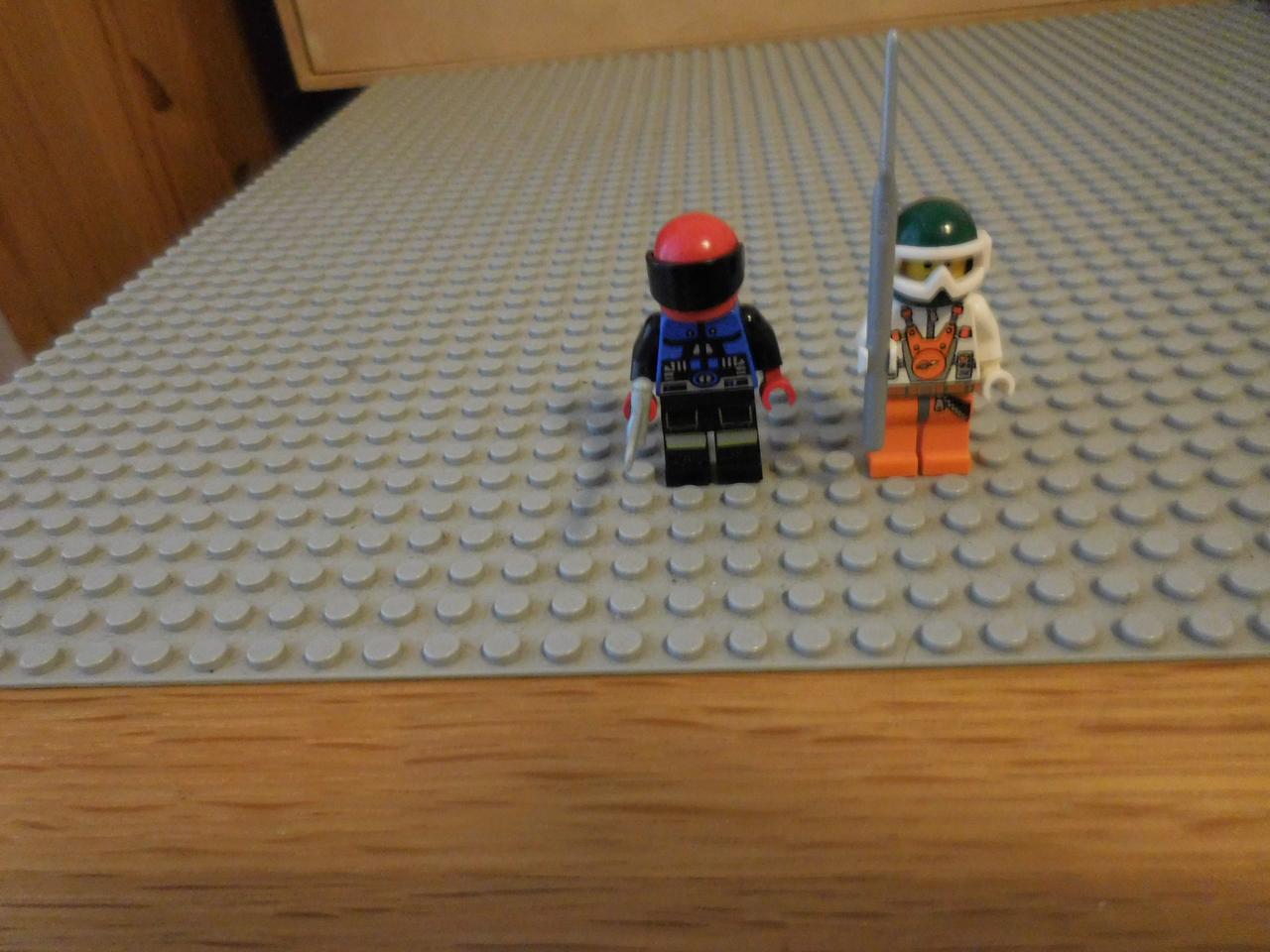 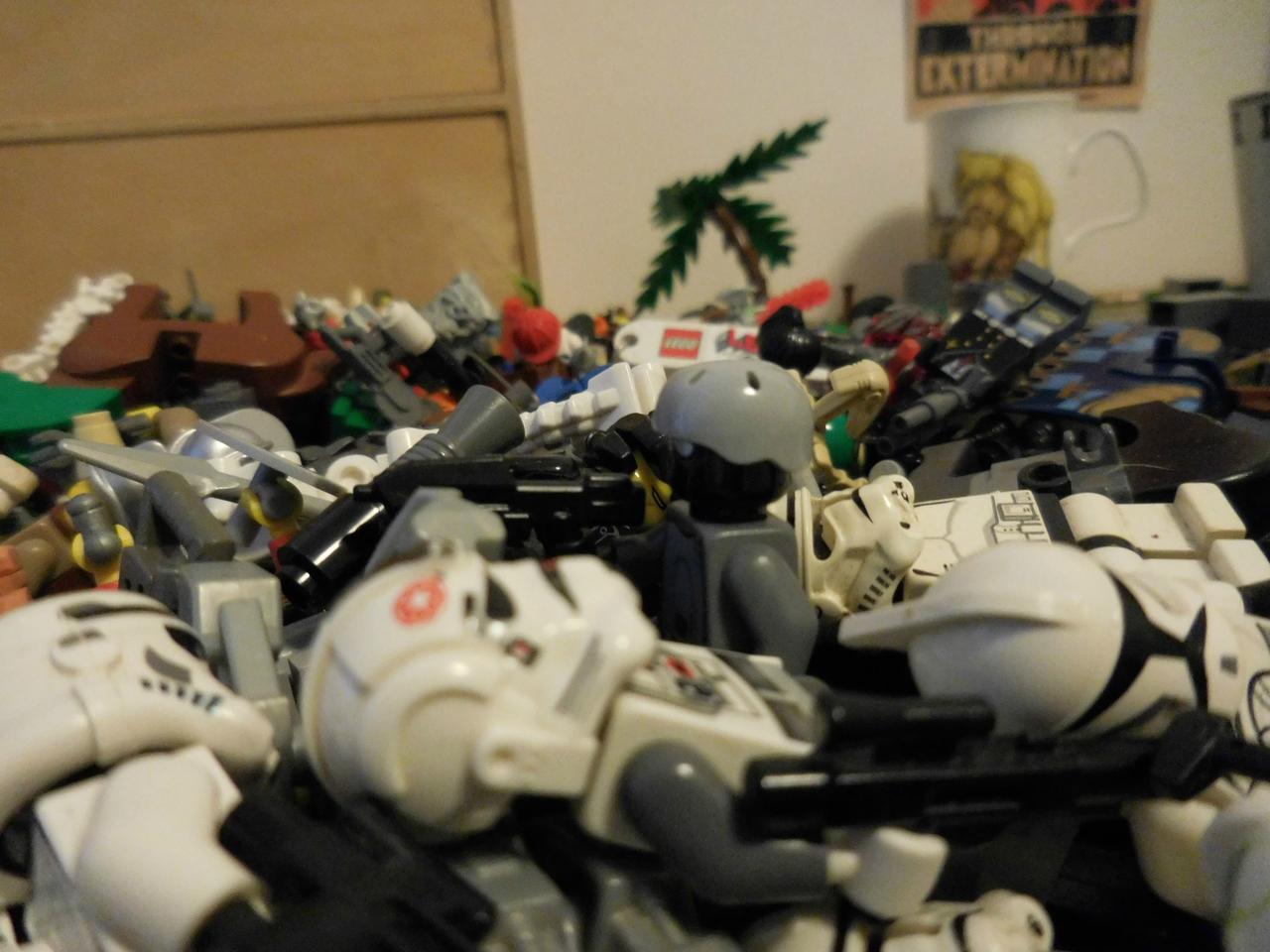 Once a demon enters a body, the host keeps the same armour value, to stop it, either remove the head or destroy the host(explosions and stuff).
The demon will just float away and find a new host, to properly beat demons, all unprotected minifigs should be blasted to pièces, therefore making them useless hosts. 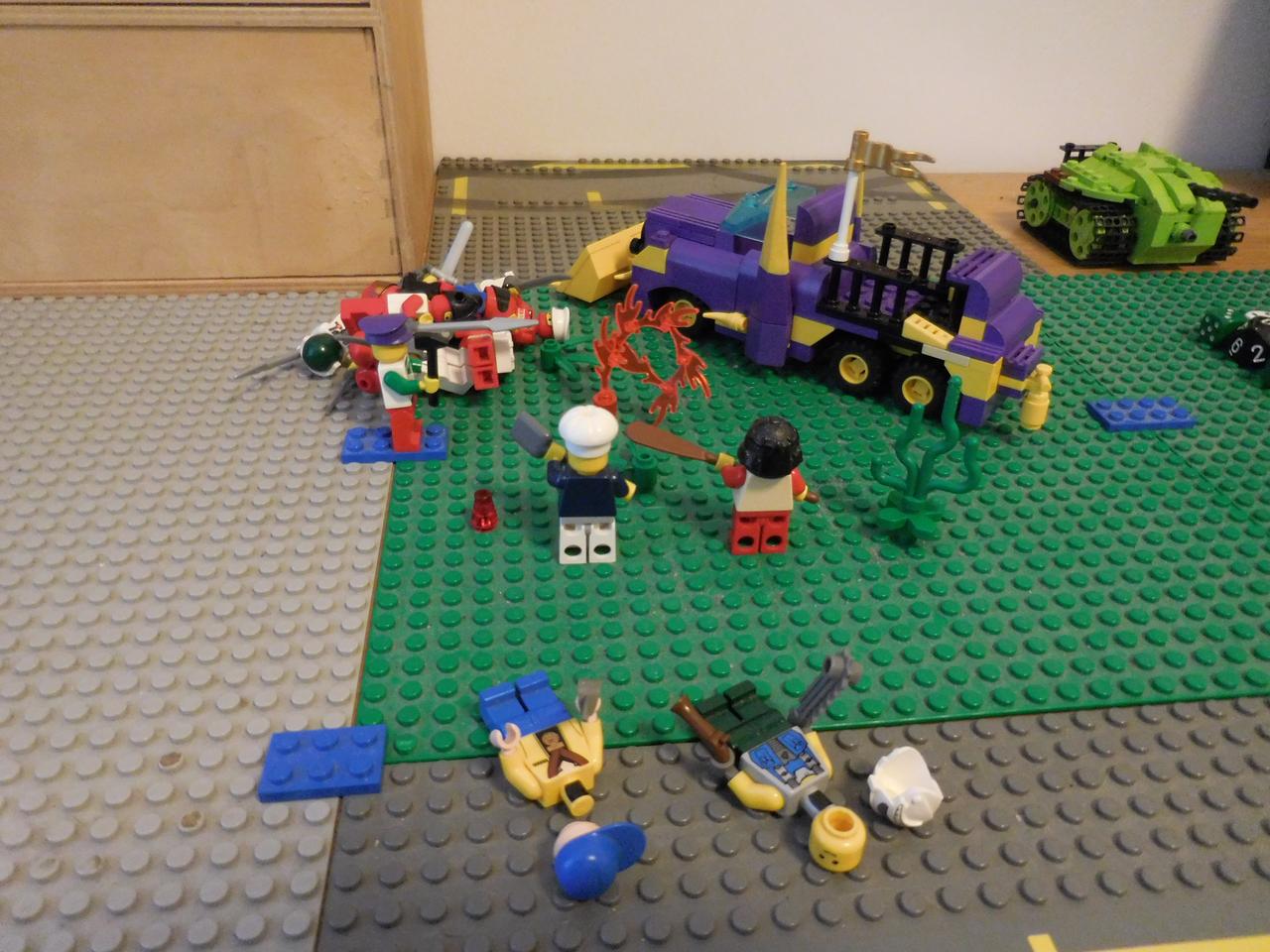 The outcome of one of my several test battles, 4 demons vs 12 minifigs.
playing as demons, it is wise to keep any weapons the host may have been holding to block attacks and stuff.
And yes, they are meant to be able to pretty much annihilate average figs

7) the scenario
A good use of demons is in an urban area, with a healthy dose of possessable minifigs.
Team 1
Demons: about 4 or 5, their objective is to capture minifigs and shove them into their portal, thus using their life essence to obtain the power to bring another demon through. it's also Wise to keep a supply of hosts.
Team 2
Armored minifigs with helmets: Their objective is to kill all the demons and probably "remove" any civilians just in case.
I'd recommend using heavy weapons too, preferably ones that can turn a minifig into a pile of slush in one shot.
Take at least one Hoover, since Demons are basically luminous red gas, storing them in a Hoover is an excellent way of beating them when they are out of a host. 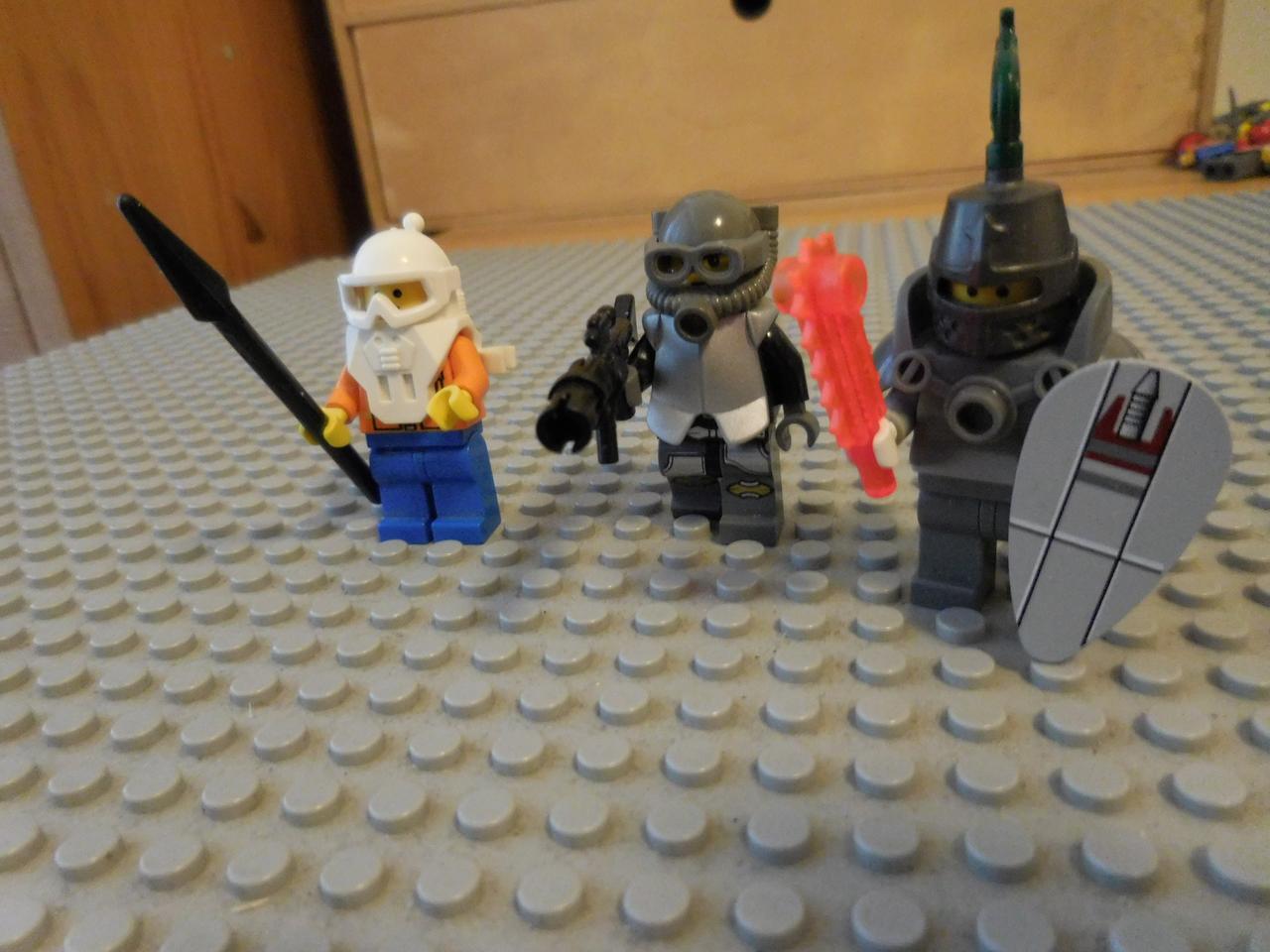 Here are some "armored and helmeted minifigs" albeit without heavy weapons.

If you have any questions, fire away

After watching a ton of Supernatural, I can definitely see the inspiration.