Nice job Dilanski, I may or may not steal that later.
gotta love knitting needles. i can make you a scarf. i can make a hat. i can stab your eyes out. i can make mittens. 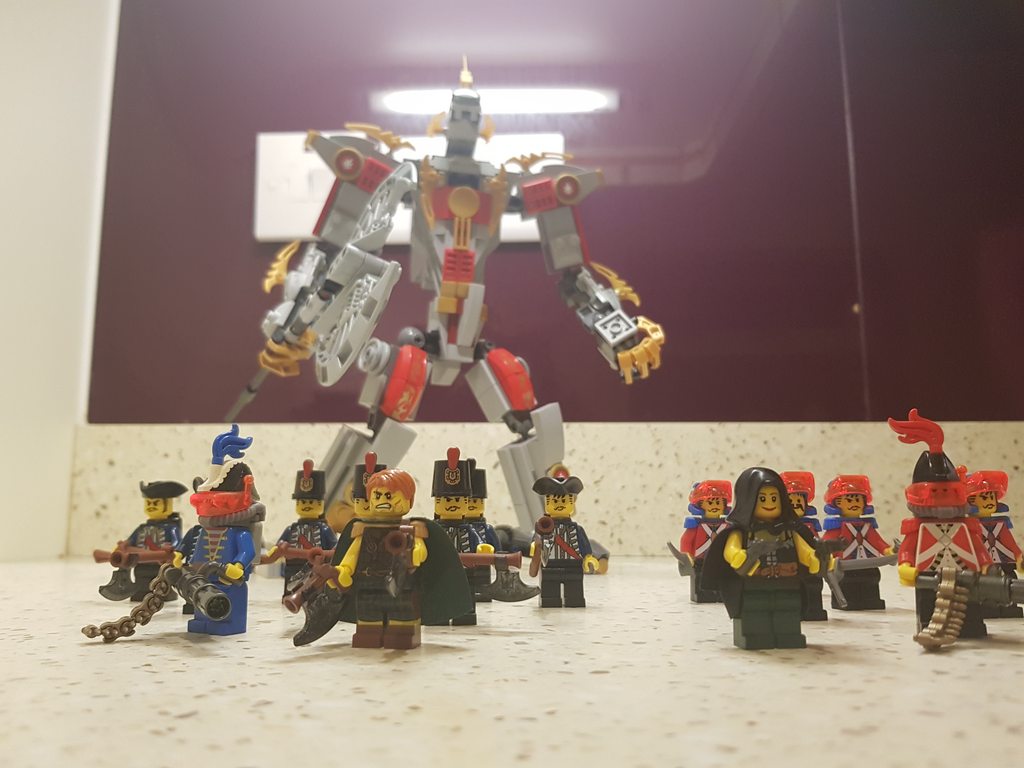 Grey Sector is located in the cold outer reaches of the League furthest from the galactic core. Noted for its scientific achievements and the 'unique' disposition of its natives. For a land considered a core part of Britannia, it couldn't seem further away from the upper class and proper regions surrounding Praetoria and Londinium. Yet still this icy and captivating landscape of planets is considered as important to the identity and cultural makeup of the League as any other, even despite Grey sectors continued flirtation with the dream of independence.

The Natives speak several divergent dialects of Inglish, including their own Skots language with such bizarre words as "shite" "NEET" "Tatties" "Nae" "Canny/Cannae" "Yer" and most perplexingly of all "Fookoffyainglishcuntsgivemebackmafuckingcountryyoofuckinggobshites", a word which still perplexes linguists to this day. Grey sectors most prized resource is the famed IrnBru, a mixture of pure alcohol and molten metal with battery acid thrown in for good measure. This glowing orange concoction is said give the drinker the strength of a lion, the cunning of a wolf, and type 7 diabetes.

Grey Sector is an important part of the League's technological push, with Grey-sector scientists coming close to rivalling the great minds of Trattoria and Scythia. Grey Sector researchers played an important in our understanding of the universe, with their discovery of the Haggis Bosons providing a unified theory for gravity, along with an explanation for why your mother is so fat. 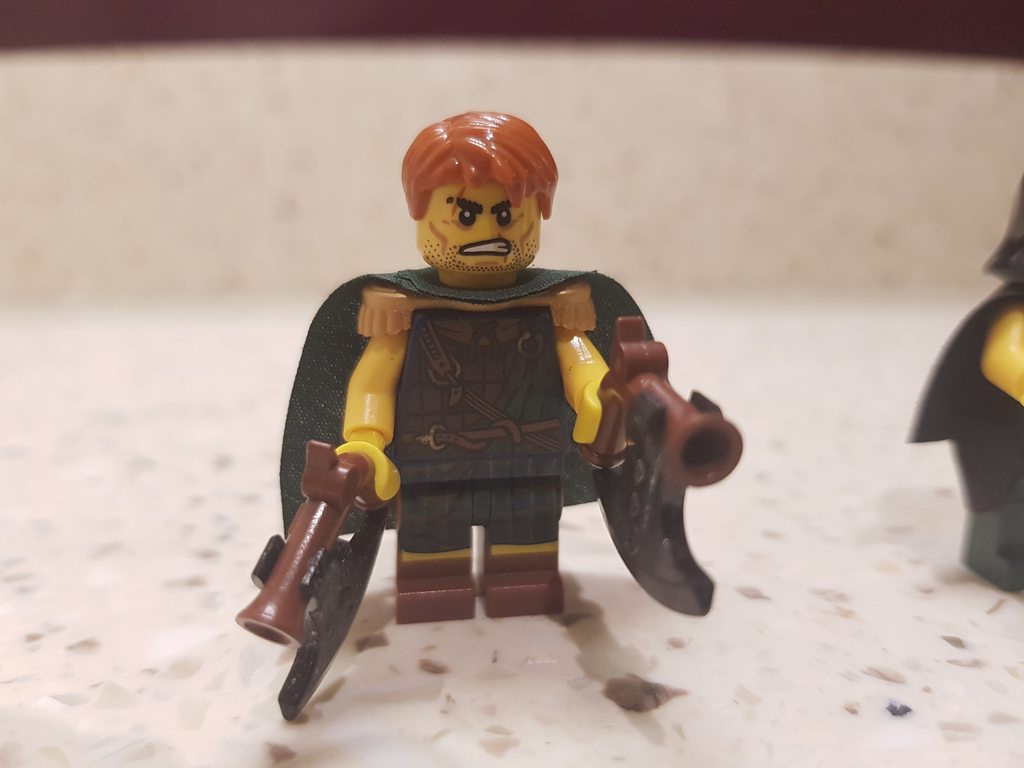 General Bruce Menzies is the leader of Britannian ground forces for Grey sector. Battle scarred from many tours around the colonies, Menzies considers himself a true patriot of the League. His distrust of their Immortal allies has earned him much ire from other high ranking League military leaders. He sees the Immortal for what they truly are, unworthy masters doing unto the League what it would do to others.

In battle Menzies revels in getting into close quarters to slice his foes to pieces with his two specially crafted Axe-pistolettes. But battle permitting he will lay down these weapons to engage in some jolly hand-to-hand combat, just like the pub-brawls he got into back home as a young lad. 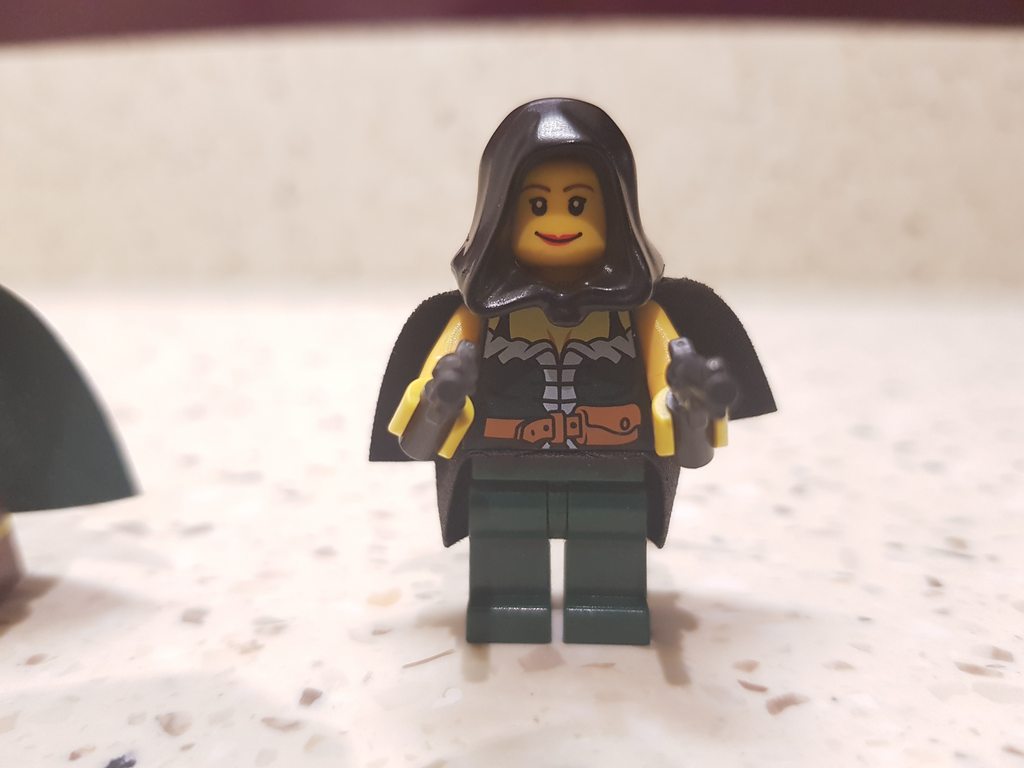 Juliette is a prodigy gunslinger is the protege of Menzies. Just over a decade ago he found the orphaned girl during a tour of the colonies, and adopted her as his own. She has a pair of Star-Webleys with which she can work gun-fu magic. Menzies proudly touts her as the best shot in the League, a title which none have attempted to contest.

Fiery-tempered outside of battle, Ice-cool during it. Juliette cares not for the politiks and patriotism subscribed to by others. She has a pair of guns, and just wants to use them. 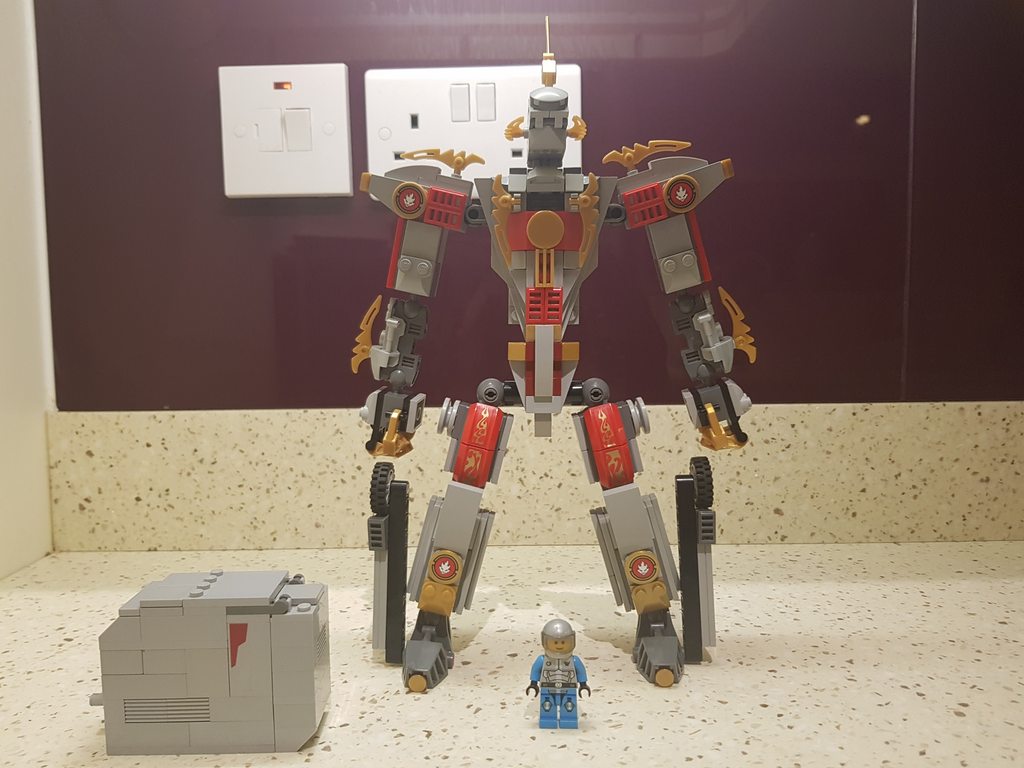 The Birmingham Knightmare Frame is the cutting edge of the League's military technology. Part their own development, part Immortal donor technology. The Birmingham is a serious battlefield bruiser. (Bir-ming-um not Bir-ming-ham) 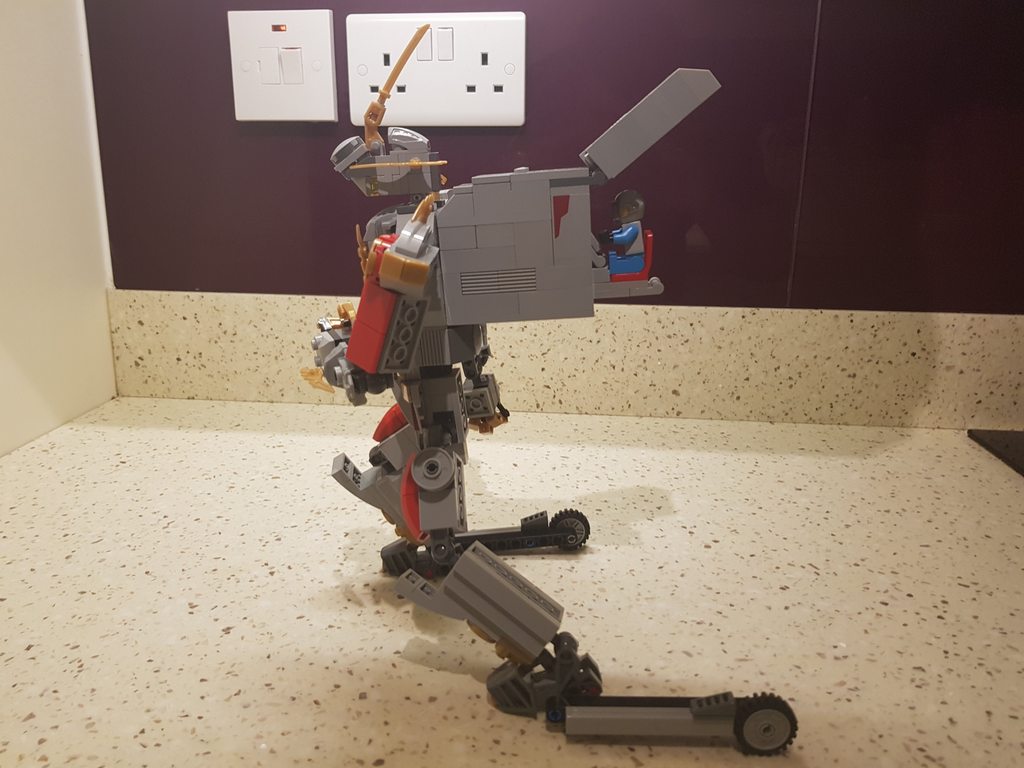 Featuring the standard features of previous Knightmare Frames employed by the League, the Birminghams improvements are predominantly internal, along with its noticeable increase in stature. 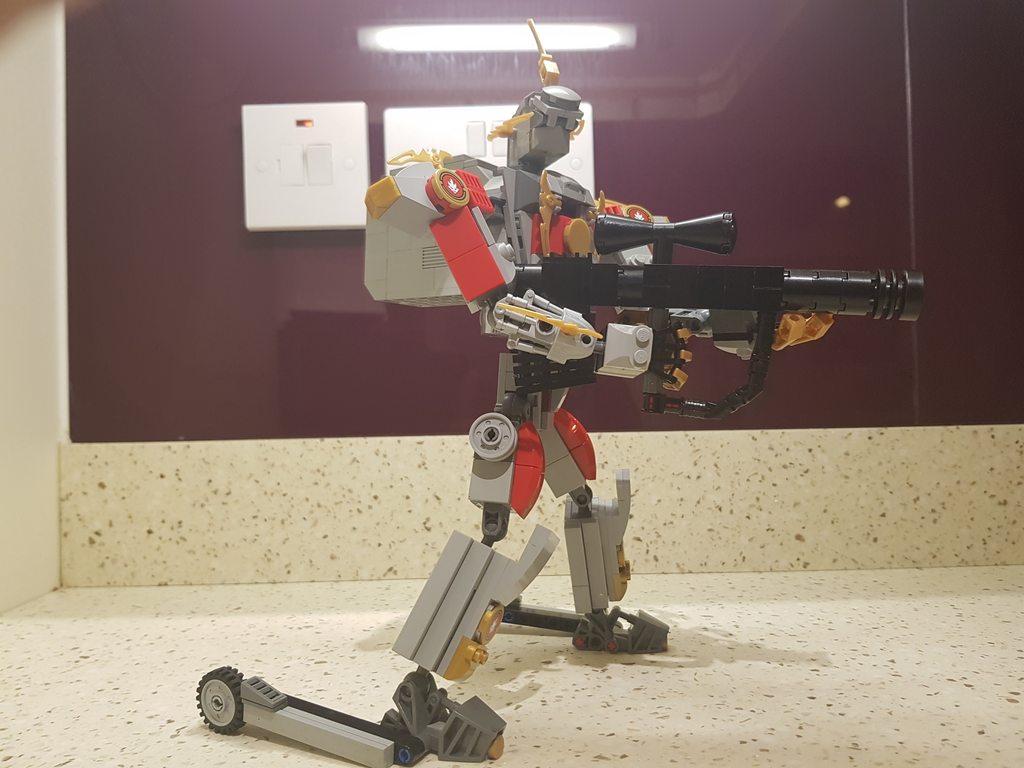 For melee this Knightmare has the "Shredder" Vibro-Axe, but for ranged engagements it uses a specially developed XLA80 bullpup autocannon built to rapidly break down the heaviest of armour. 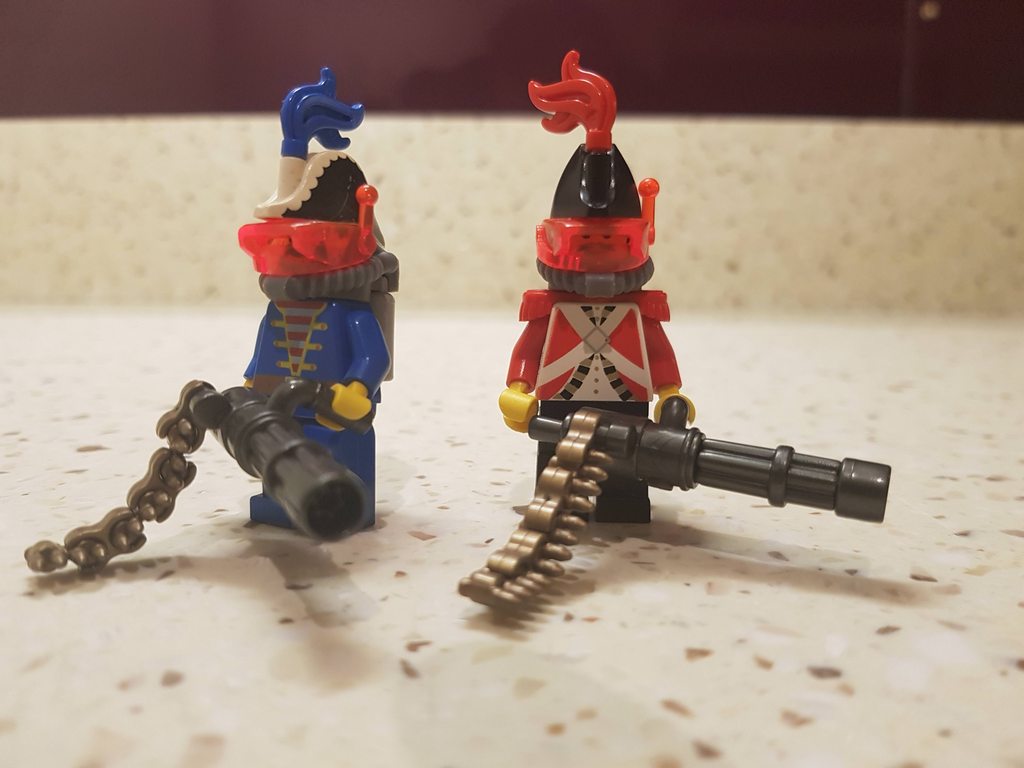 Knight-Lancers carry heavy weaponry into battle. Wearing an armoured kevlar gambeson, and with specially integrated targeting visors. These units unleash a hail of bullets, laying down walking covering fire while other units advance. 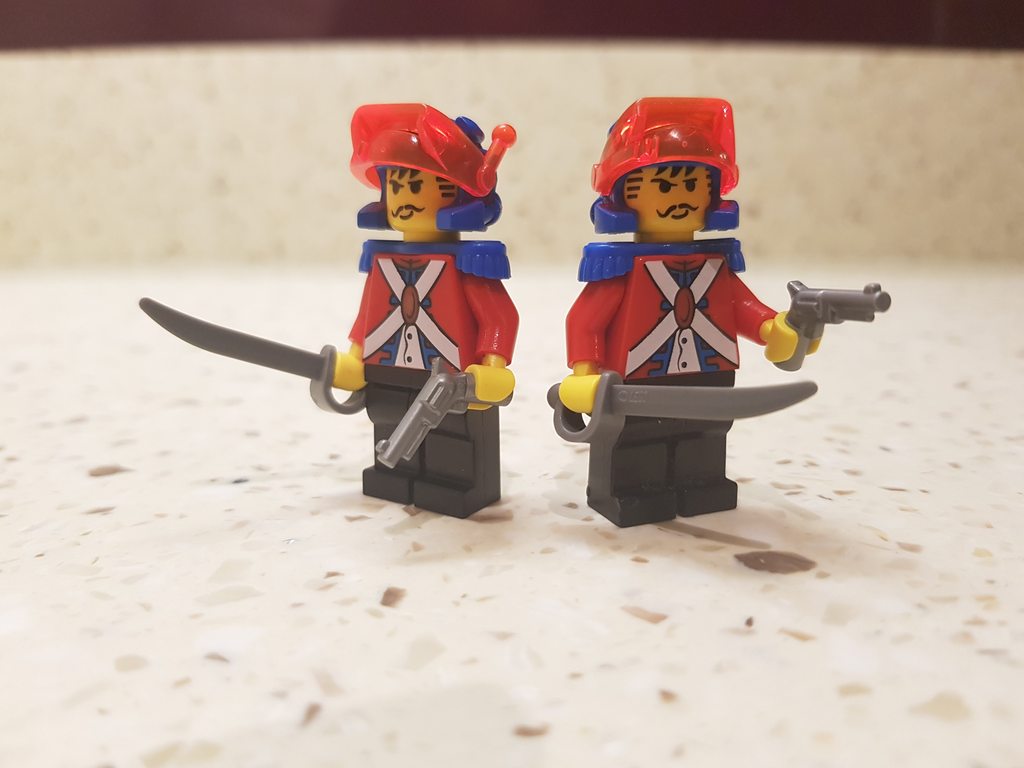 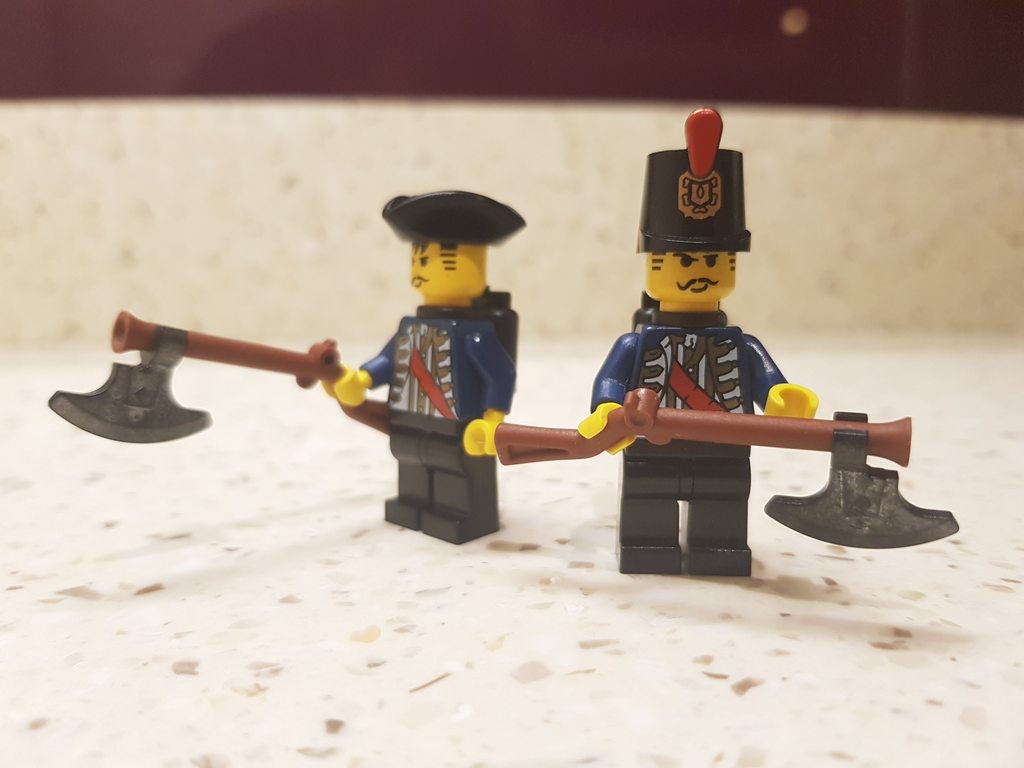 Musketeer's provide the backbone of fire during offensives, and are vital to any strong defensive line. Carrying Laser-Muskets with which they are trained to accurately fry natives at up to 200 yards. Menzies insisted that these weapons be suitably modified to support melee capability. While the Axe-bayonet charge may seem like an outdated tactic, the sight of angry Britannians charging across the battlefield to cave their opponents skulls in with the end of their weapons is a sight to behold.
Last edited by dilanski on Fri Dec 29, 2017 1:03 pm, edited 7 times in total.
Almond Status: ACTIVATED
Top

sahasrahla
that is a fantastic question to which no satisfactory answer will be forthcoming
Posts: 751
Joined: Sat Feb 04, 2017 5:40 pm

those knight lancers are fantastic
Top

The Birmingham looks cool except for that huge container sticking out of its back. I know it's basically a code geass meme but still.

Duerer wrote:The Birmingham looks cool except for that huge container sticking out of its back. I know it's basically a code geass meme but still.

I'm in two minds about the capsule. It's the first mecha I've built in years, so I am glad it came out reasonably good, and if the thing that makes it stand out as a Knightmare is what is causing the issues, then I am OK with that.

I can see now why Colette's designs have a smaller capsule than the reference material. Advantage of a larger one is that it is closer to reference, allows me to have the cockpit on rails, can be retrofitted easily to allow for a co-pilot. Disadvantage is that it adds a ton of weight to the rear. I had to remove a torso ball joint and replace it with a simpler one because of it. It also requires some effort to pose. Although in battle I'll be using a stand, so it shouldn't be an issue. I might make a second more compact capsule, and see how that looks.
Almond Status: ACTIVATED
Top

I'm not a big fan of the cockpit either, but it is a great looking mech. If read the fluff right that Praetoria is using stolen technology for the mech. Then the look really works.
Top

Maraxous wrote:I'm not a big fan of the cockpit either, but it is a great looking mech. If read the fluff right that Praetoria is using stolen technology for the mech. Then the look really works.

It's a Britannian mech. Praetoria is the capital of Britannia, which is mentioned in the post as such. The Praetorian Empire & Commonwealth is a separate entity with the capital of New Praetoria. The whole thing is very confusing, but so is all of the shared sci-fi kanon.

Me putting it all in one thread probably did not help. I stuck the Britannian stuff in this thread because I wanted to keep all of my stuff together, sort of like Scythe did.

You understand what they are saying? Quickly! Provide us with a translation so this language barrier can be overcome once and for all.
Almond Status: ACTIVATED
Top

You understand what they are saying? Quickly! Provide us with a translation so this language barrier can be overcome once and for all.

It's a very nuanced phrase, with lots of different interpretations and usages, but our translators have deemed its general meaning to be "Fuck you englishmen! Scot superiority!"
gotta love knitting needles. i can make you a scarf. i can make a hat. i can stab your eyes out. i can make mittens.

"We had something of an intervention after the design stalled for the third time. Myself, the other senior designers and some of the sharper interns got around a table and listed off every MBT we could think of, and what their strengths were. We liked the GA-35B for its simplicity, it stuck to the necessities. The M1A5 elicited cheers for its armament, and the Mars for its sheer staying power. From there we just had to distill those elements into a platform. Easier said than done..." - PAE Systems Lead Designer, Vangelin Ward - Lecture at University One, Knolrhekk System 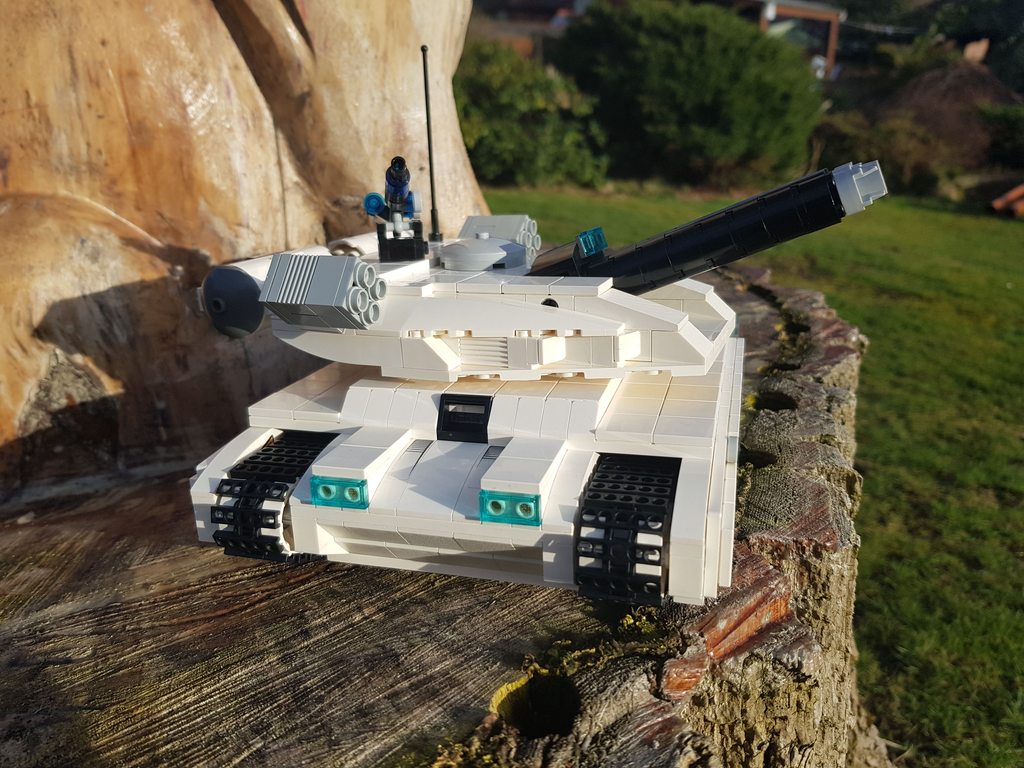 The Paladin is a Main Battle Tank used by the Praetorian Marine Corps for lightning fast armoured charges, and immovable defences. Larger than the Commando Light Tanks, but considerably smaller than the Crusader, the Paladin fills a role of dedicated mobile fire support. It carries a three man crew as standard, with one driver and two gunners. 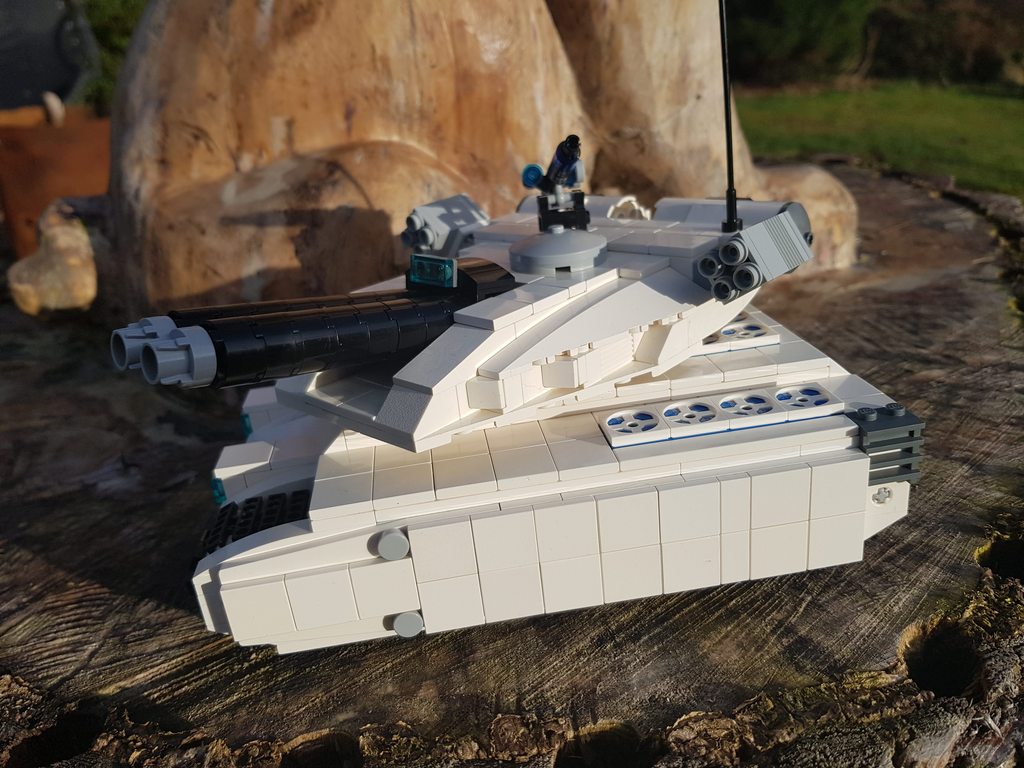 The Armament consists of a double barrel rail cannon, a remote operated plasma machine gun and two rocket pods. Heavy armour has been placed on all sides of the tank, with a balanced protection layout being preferred by Praetoria for the hectic and often tight battlefields of the Brikverse. 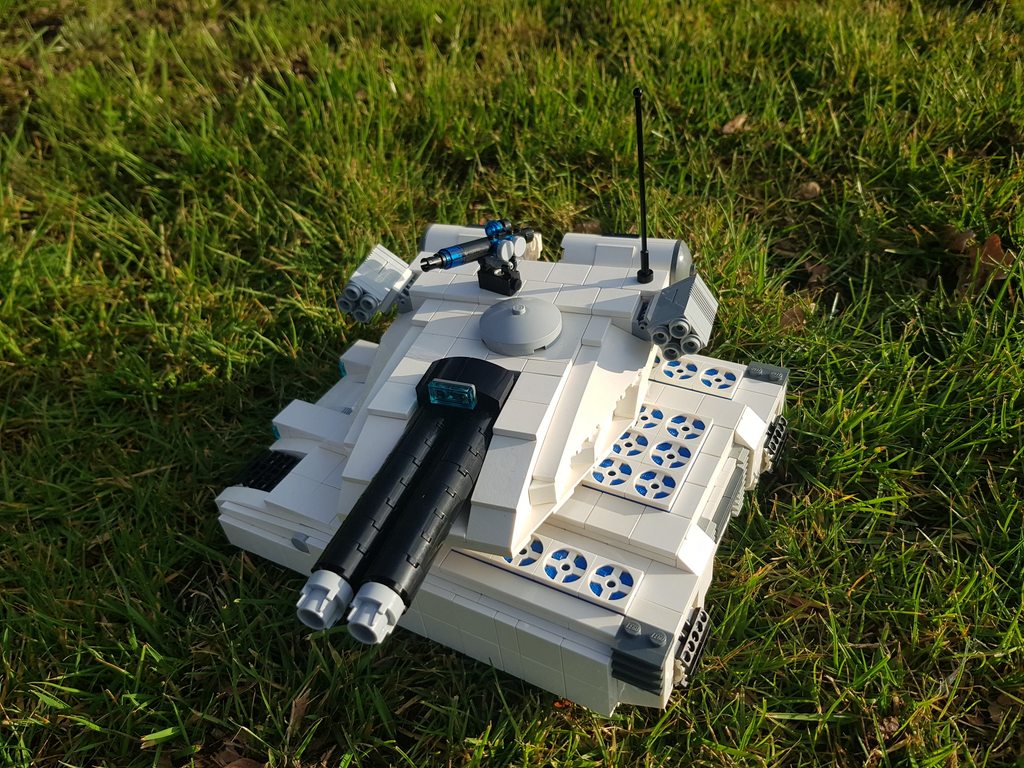 Crew access is via an armoured door located at the tanks rear. While the crew compartment while not as spacious as Praetoria's Death Tanks, does have room for expansion and refurbishment should other crew compliments become preferred.

wow thats quite a THICC tank

Only Size 8, he's a W I D E B O I though.
Almond Status: ACTIVATED
Top

"This morning ABS Systems released a statement in regards to raised allegations of collusion with PAE Systems:
"Armour of this style goes against our very design ethos; we would much rather produce a cost-effective, technologically innovative, and... aesthetically pleasing vehicle... than this lumbering behemoth."
When countered with the mobility quote of the vehicle, the representative refrained from further comment.
Having a strong presence in the main battle tank market, it is unlikely that ABS Systems would venture into the heavy tank market.
If only pigs landed.

- Jane's IHS"
Jane's Illusive Group by IHS (Idealised, Hasty, and Specious) Mark-it is a UK-based organisation that seeks to inform and familiarise public and private sectors in the Brikverse on defence-related matters.

And yes, the CEO of the business/group/company/organisation should be a chap by the name of Jane