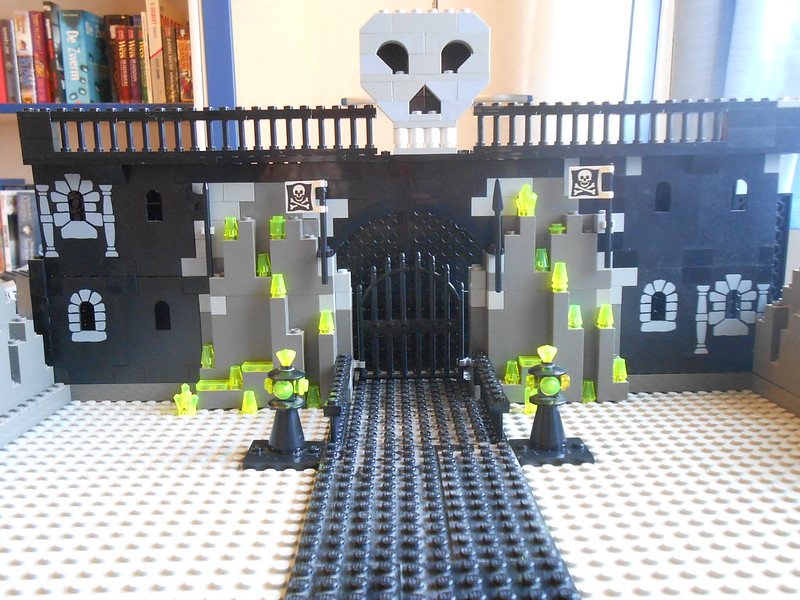 Somewhere in Westeron there is a fortress covered in eerie light, built out of the purest black of rock. 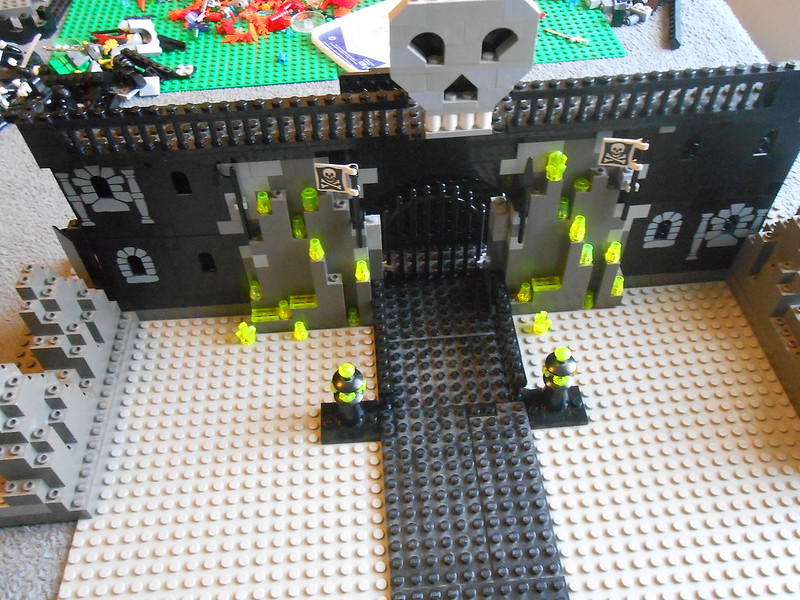 Its entrance is carved out into a mountainside, and covered by cliffs on either side. 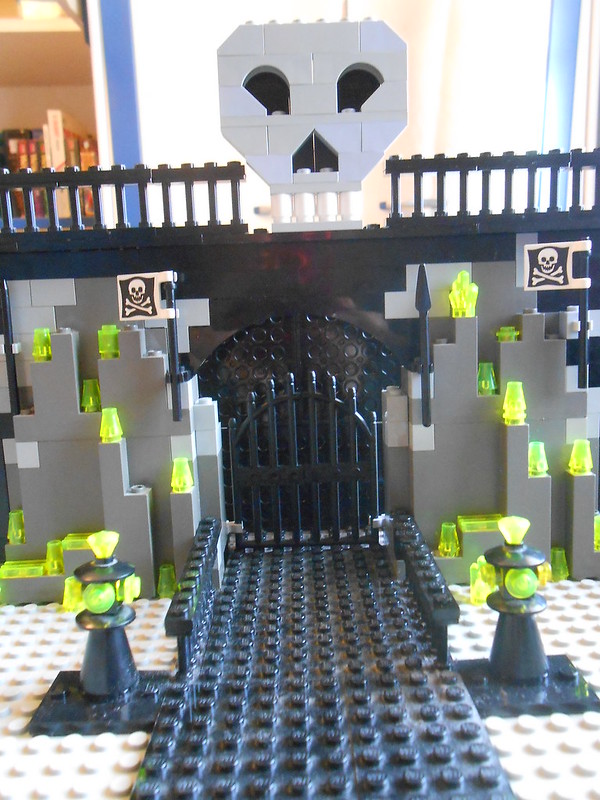 A skull greets visitors as two ghostly lanterns spread their eerie light, which does not permeate into the vast darkness beyond the gate. 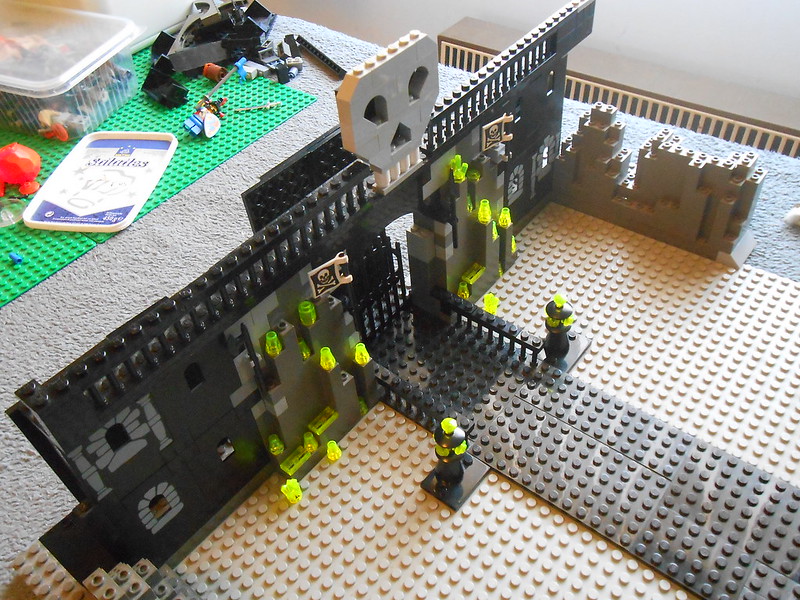 Who could live in such a place?

(Part of) the battlefield for my next forum battle, anyone who knows what it's meant to represent (with its proper name) can earn a free spot.

I could've put more work into the cliffs, but stacking BLURPS is really the only way I know (or bother) how to build a cliff. I could've used more wall pieces to save some BLURPs for the cliffs I guess but I really wanted that Minas Morgul style 'rock covered in green light' look and I also think it looks way more interesting to have the BLURPs integrated into the wall.

Architecture isn't my strength but I'm pretty happy with how it turned out.

The skull is based on a design I saw in one of Zahru's story sequences, with a couple tweaks.
Westeron Restored (Fantasy BrikWars)
My Twitch - My blog
Top

Hmmmm . . . this is either The Black Citadel of Phineus the Necromancer, or Zupponn's house. I'm leaning towards the former. Looking pretty ghoulish already!
Times banned by Natalya: 8 (+ 1 alt).

I knew when I started this campaign, I was gonna have to build it at some point, and I kinda dreaded it, because there was no way I was going to be able to build a fully functional LEGO fortress that would live up to the name 'Black Citadel' and its reputation in the story... also story-wise there's no way Garth's expedition would be able to mount a full-scale frontal assault on it and have any hope of winning, so a grand fortress wouldn't have been a very useful set piece for a battle either. So I came up with this. It's not a huge build, but enough to get the general flavour across and establish the right atmosphere (I hope).

It’s definitely enough to get the flavor while leaving enough to the imagination. I assume we are just getting a small frame of a larger castle

Yeah, this is merely the entrance, or one of them anyway. Since it is built in a mountain range, much of its chambers and catacombs would be underground, and since it's mostly full of dead people and occasionally a couple of elves, it doesn't need a big harbour, surrounding farms or trade routes.

Maybe one day I'll make a bigger version, although when it comes to buildings I mostly build them as set pieces for battles and remove them again later. Sometimes, I have put quite a bit of effort into the battlefield, in Siege of Reichingrad particularly. But functionality in a BrikWars setting is always the main goal, which means, you gotta be ready to blow that stuff up, too.

One problem I have is that I have difficulty imagining how I would even build a more complicated castle (even though I have visited many), since you'd really have to build the terrain first. A lot of the builds I find online for inspiration are either unrealistically complicated, or rely on massive amounts of a single type of brick (which I don't have) to create a certain terrain feature, which doesn't help me much. When I made a 'bigger town' (Andelmere) my approach was to basically put a bunch of separately constructed buildings together in a way that made sense. Which is, I guess, how castles were built.
Westeron Restored (Fantasy BrikWars)
My Twitch - My blog
Top

Yeah it's hard to build interesting castles without terrain to build them along.

I usually only build facades as well. The point is the battle!

For some reason I always thought of The Black Citadel as some massive abandoned castle Phineus lurks in the ruins of, kinda like Dol Guldur, but this looks super cool as well. The underground catacombs make more sense for dark elves anyway.
Times banned by Natalya: 8 (+ 1 alt).

There was no way I was going to be able to build a fully functional LEGO fortress that would live up to the name 'Black Citadel' and its reputation in the story...

There is a similar reason why you never see The Fortress of Evil in its full or ever have a battle/siege there when it comes to Northeros stuff.

TheVengefulOne wrote:Hmmmm . . . this is either The Black Citadel of Phineus the Necromancer, or Zupponn's house. I'm leaning towards the former. Looking pretty ghoulish already!

I wouldn't be opposed to it being my house. It looks fucking metal as fuck.