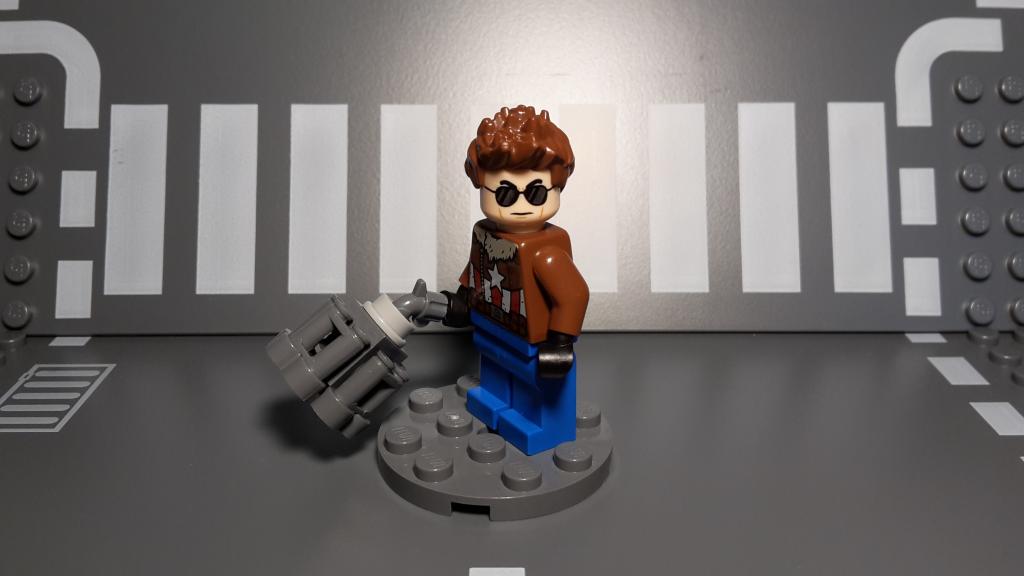 Arthur Granger, Inspector of the San Colbert Police Department, is a trigger-happy cop with a deep love for huge calibers and mindless destruction. Due to his quite unorthodox methods of dealing with criminals, he earned himself a good bunch of wheelbarrows full of police records and a couple of suspensions from duty. He carries a heavily modified police revolver that he lovely calls Betsy. Said revolver's most remarkable asset is its incredible fire rate granting Granger the upper hand in almost every gunfight. 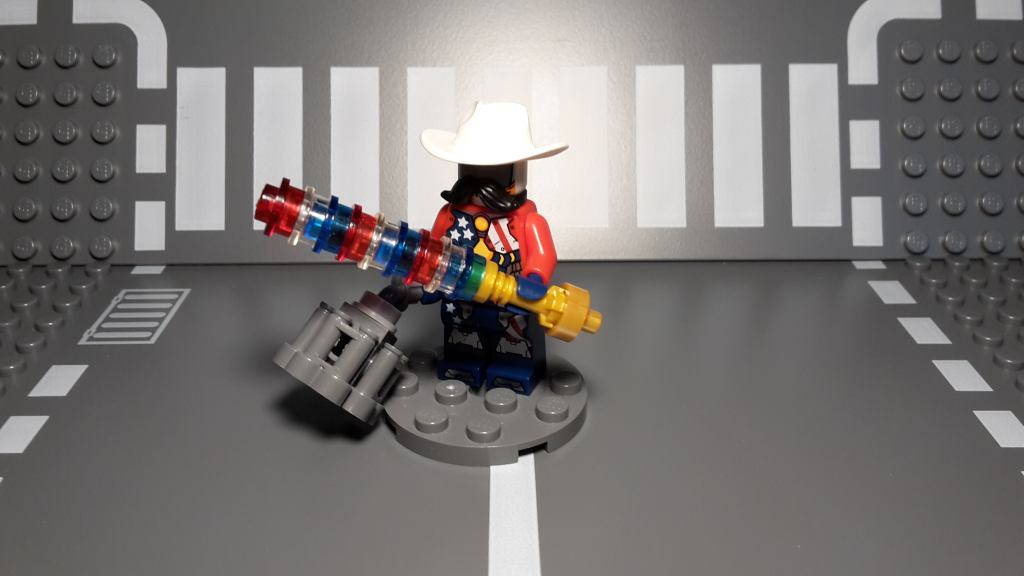 His most recent suspension wasn't lifted until one fateful night, when Granger passed by an active crime scene, witnessing his ex-colleague's death due to a failed attempt to equip a portable high-tech combat suit. Thus Arthur took matters in his own hands and successfully managed to transform into the Iron Cop Buffalo Steel, much to the dismay of the SCPD. Besides of highly acute scanning apparatuses and extremely durable armour plating, the Buffalo Steel armour grants him access to the mighty Plasma Saber, a mighty energy blade that tears through any material like soft butter, whether it's flesh, rocks or steel. 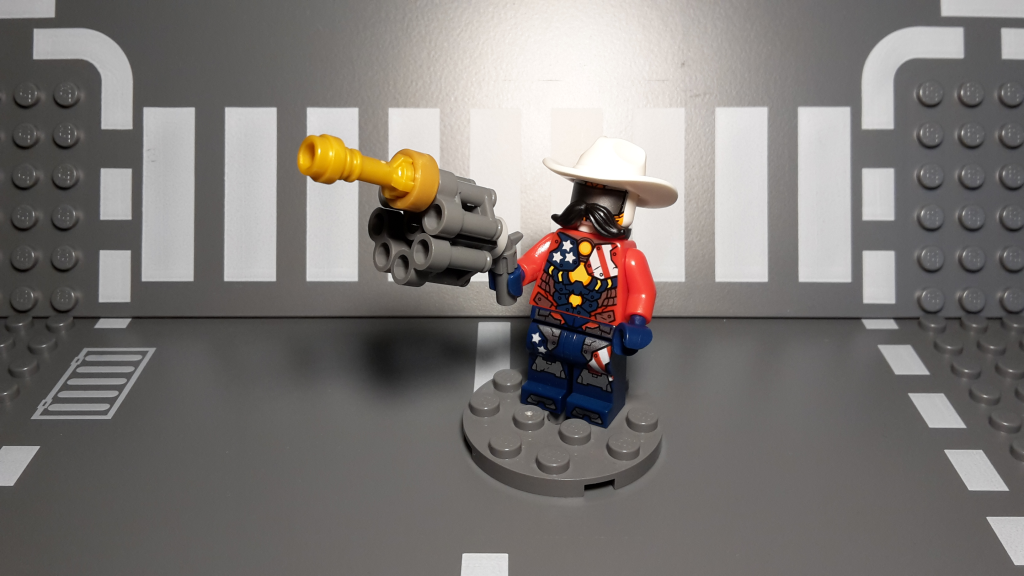 Combining his own handgun with the sword granted by the combat suit, Buffalo Steel creates the dreaded Plasma Betsy, a giant revolver that turns the Plasma Saber's energy stream into deadly projectiles, frying any hit target in an instant! 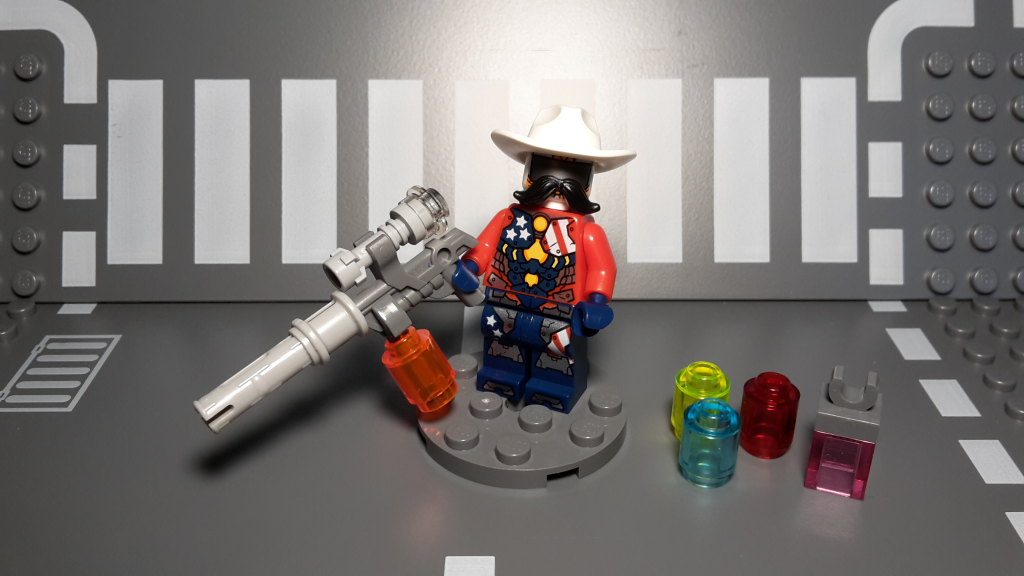 Another gun that is in frequent use by Buffalo Steel is the Prosecutor Multi-Purpose Assault Rifle, being used for more refined tasks. This gun excels in range and accuracy but also offers a wide selection of different ammunition rounds, such as acid rounds, flare shots, electric bolts, explosive rounds and even energy cells. 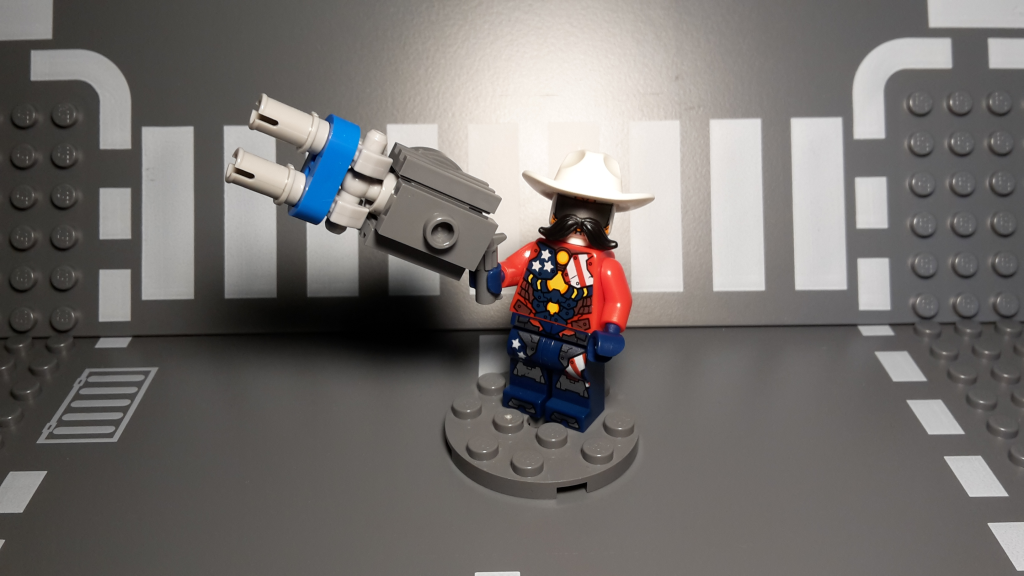 Being one of the mightiest guns in the police arsenal, the Judicator Heavy Shotgun has been kept away from Granger's hands for a very long time for fear of the destruction he could cause with it. Both barrels can be fired either at once or in intervals, allowing for a flexible spread of damage. 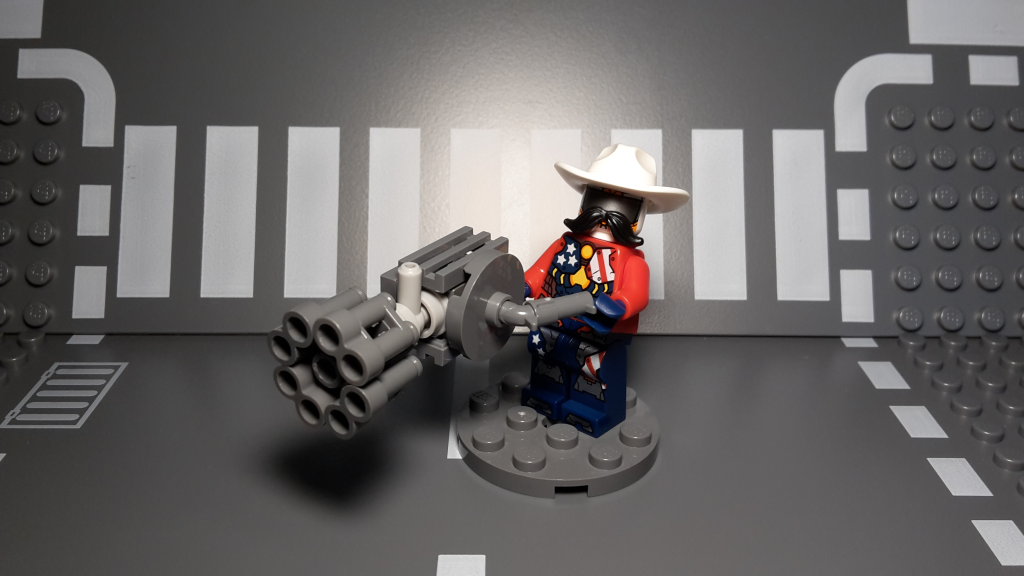 Combining the tremendous fire power of the Judicator with the incredible for rate of Betsy, the Judicator Custom is the ultimate weapon against fighting criminals in the big city. Firing this combined weapon, however, requires tons of training and a lot of physical strength, for its massive recoil could easily blow away an average man if he was to carelessly fire that gun. After sustaining deadly injuries on duty, ordinary policewoman Sally Hatori has been brought back to life through cybernetics and is now being dubbed Prototype Model 2411-γ by her police department. While fighting against all sorts of criminals and creeps, she embarks on a quest to find out what exactly happened between the fateful day of her untimely demise and her first deployment as a gynoid cop.
Sally's preferred handgun, the Vindicator, is a heavy pistol with deadly accuracy and high versatility due to the different types of ammo it can use, that range from stun bullets to heavy rounds enough to kill a rhinoceros with a simple hit. The Advocate grenade launcher is Sally's choice for higher calibre weaponry, which is still comparably light-weight compared to other firearms of its type. Just like the Vindicator, it is possible to load up different types of ammo, depending on the given situation. Luckily, Sally isn't fully helpless in melee combat, as she can extend the Vi-Blade from her arm to either block incoming blows or slice through random thugs or even most vehicles. The Quad Prowler is Sally's preferred patrol vehicle, as it can easily keep up with most cars in terms of speed, despite its rather tiny frame. It even has a rack for a few firing arms at the back!