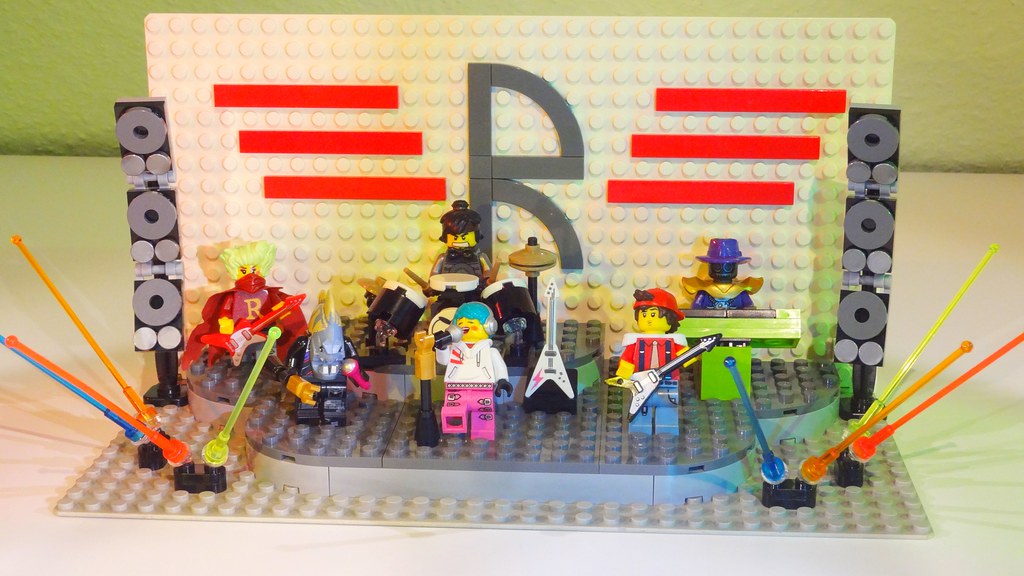 The Rogues are a six people band established several years ago. Individually, they were outcasts and nobodies on their homeworlds, lingering around, making a living from side jobs, stealing or even begging, until by chance they all six met in a bar, where they got into conversation about life, the Brikverse, Ragnablok affecting the economy and the job market etc..

Thus the idea of a band was born that night, and soon they started to get hired for bars, clubs and even festivals. They live by the motto "Every war needs its´ soundtrack", and they often process the battles they fought with their songs, both literally and figuratively.

Inspiration for build and musical style was i.a. this 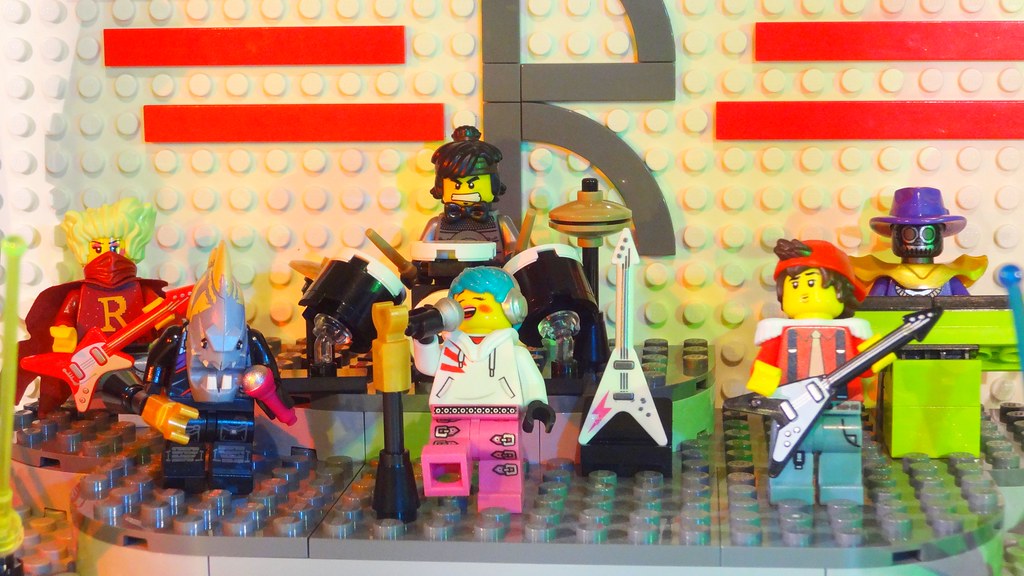 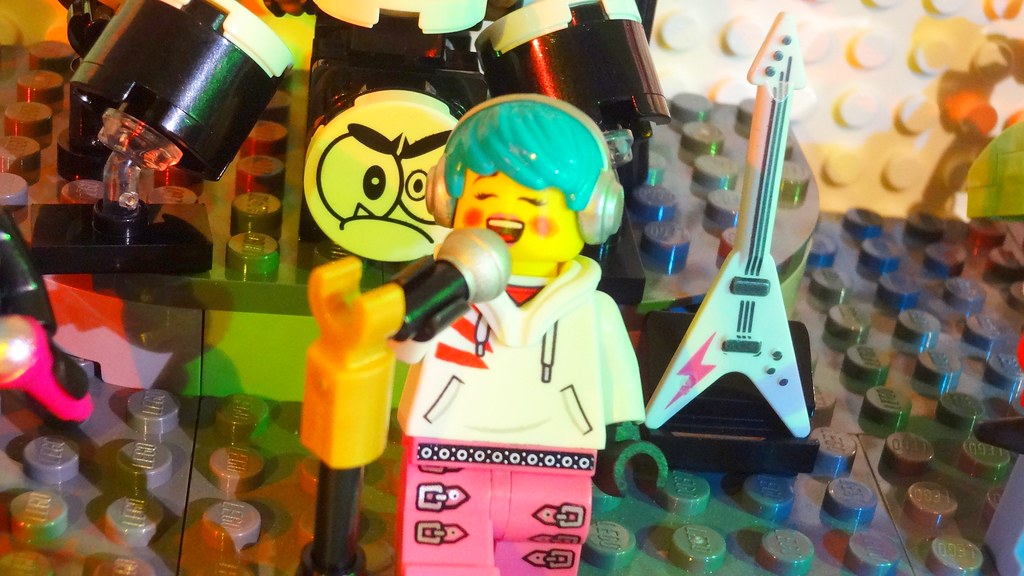 Rolanda "Rogue" Rodriguez - lead vocals, guitar
Her clear and strong voice is iconic for most of the band`s hits. 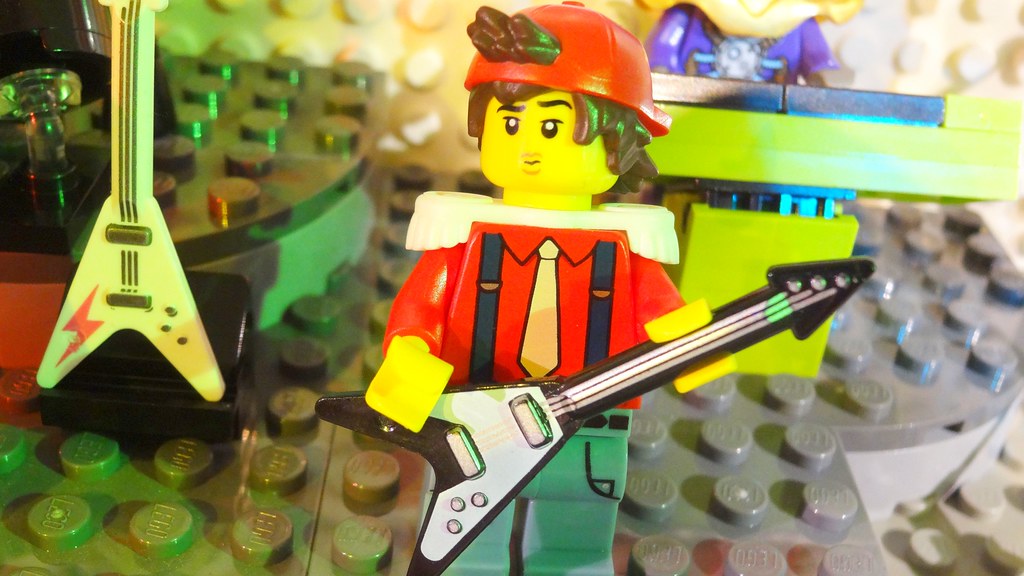 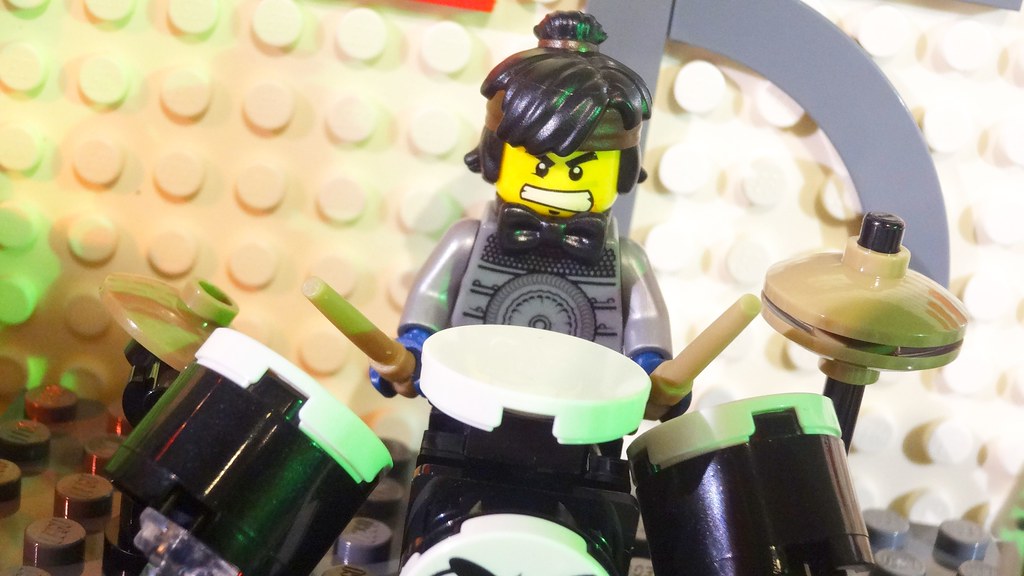 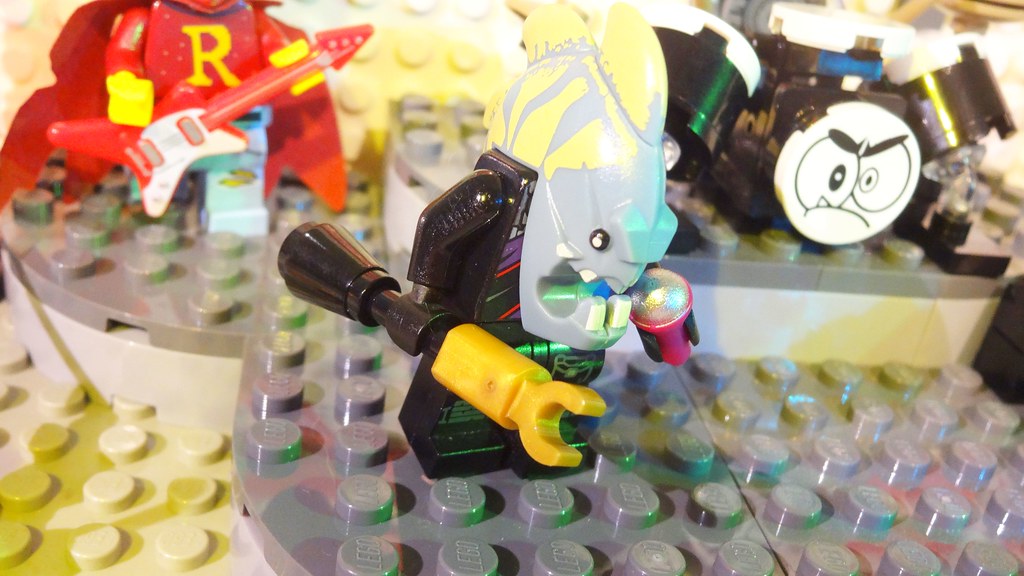 R`oùk R`adhàkk`n - vocals, growls, screams
the first R`ikkhàn`ì to start a musical career, their natural talking voice sounds like death metal growls to most other species. 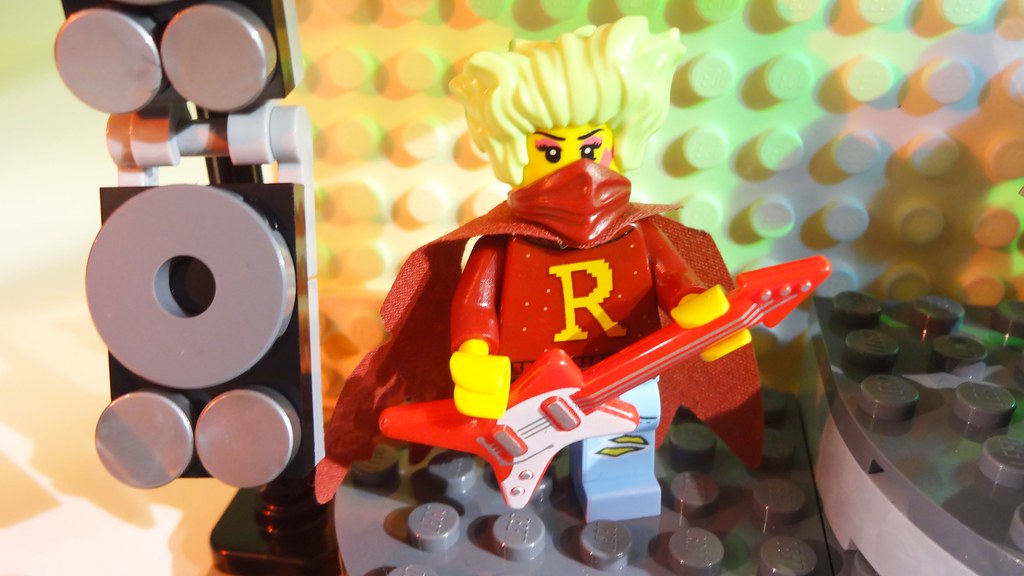 Renna "Roak" Rochefort - guitar, backing vocals
the most mysterious character, keeps most of her past secret. Very committed and ambitious musician. 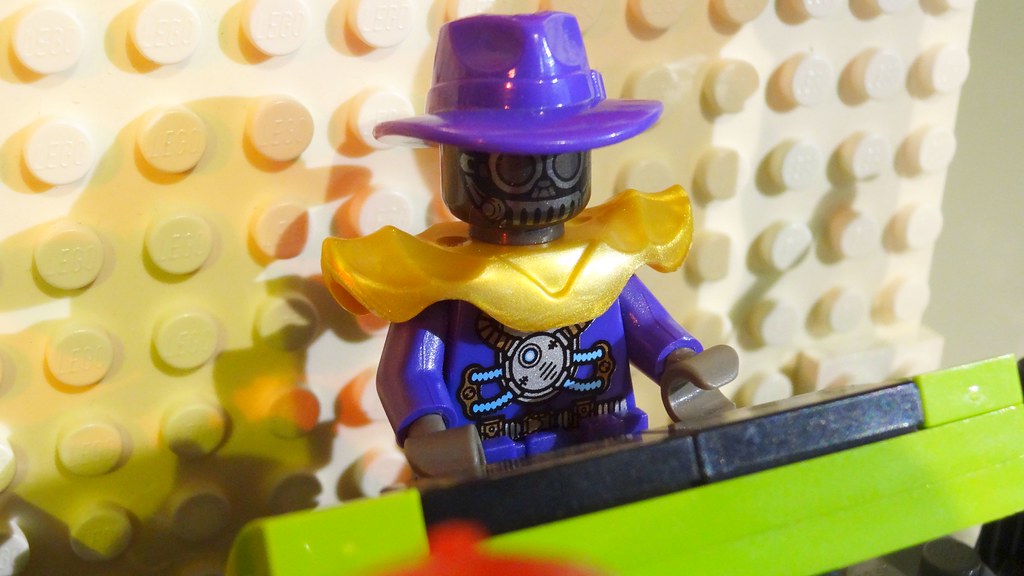 R.O.K.E. - Robot w/ Ossum Keyboard Experience - keyboards and synthesizers
also nicknamed "Rusty Ol´ Keyboard Exploder" by some members, or "ROKEtman" because of his extraordinary outfits.
A rejected and reprogrammed mining robot who found his digital love in making music.


Listen to the new single on Studify! Look out for the new studio album end of the year!
Tickets for their "Breakin` Brikverse Tour" are now available at a ticket agency near you! (Henndirro sold out!) 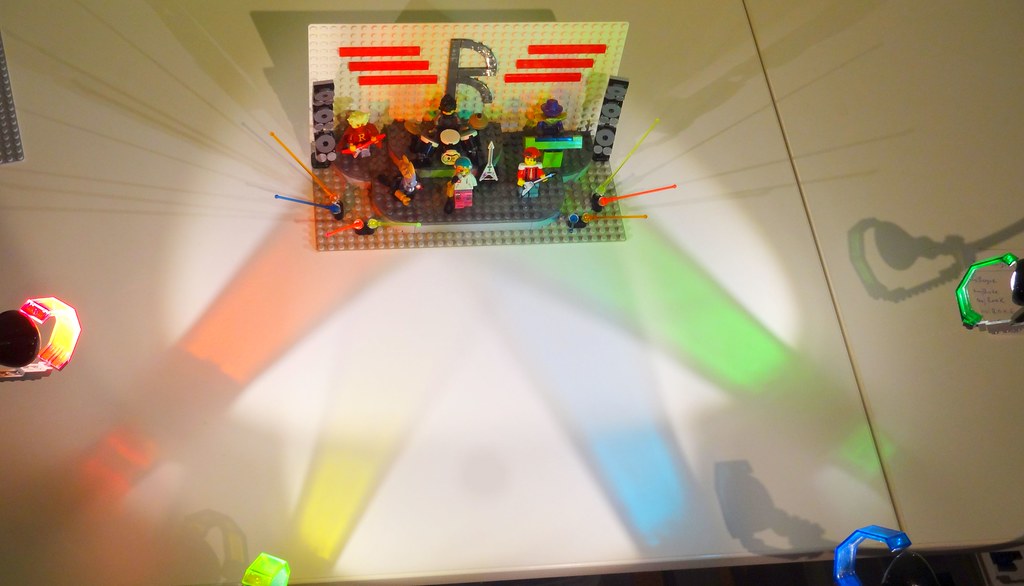 bonus panel - stage lighting
Tis was a bit tricky this time because of the many different colours on the stage. The antennas in front didn`t have the outcome I expected as a special effect, so I decided to additionally use tinted parts in front of the lamps for more vibrant colours.

Good to know I don't even have to try my hand at FF20, considering nothing's ever going to beat this.
Top

Don´t speak that way. Give it a try! I started posting in the forums about a year ago, and my first contest was the February Figbarf. I threw in some last minute entries. Didn´t expect to win, just had fun to build!

I wanna see an Entry from you. That´s an order!

sahasrahla
that is a fantastic question to which no satisfactory answer will be forthcoming
Posts: 723
Joined: Sat Feb 04, 2017 5:40 pm

I'm on a mixture of anti-epilepsy medication which makes me spacey and hostile af and several bowls of cannabis to help against the even worse side-effects of the medication which I haven't mentioned yet.

Overall, I find them quite an interesting bunch! I think the first 3 could do with a bit of more, but the last 3 are really good and detailed. The lighting is excellent, and really portrays the feeling of them performing quite well!
Anno Collection