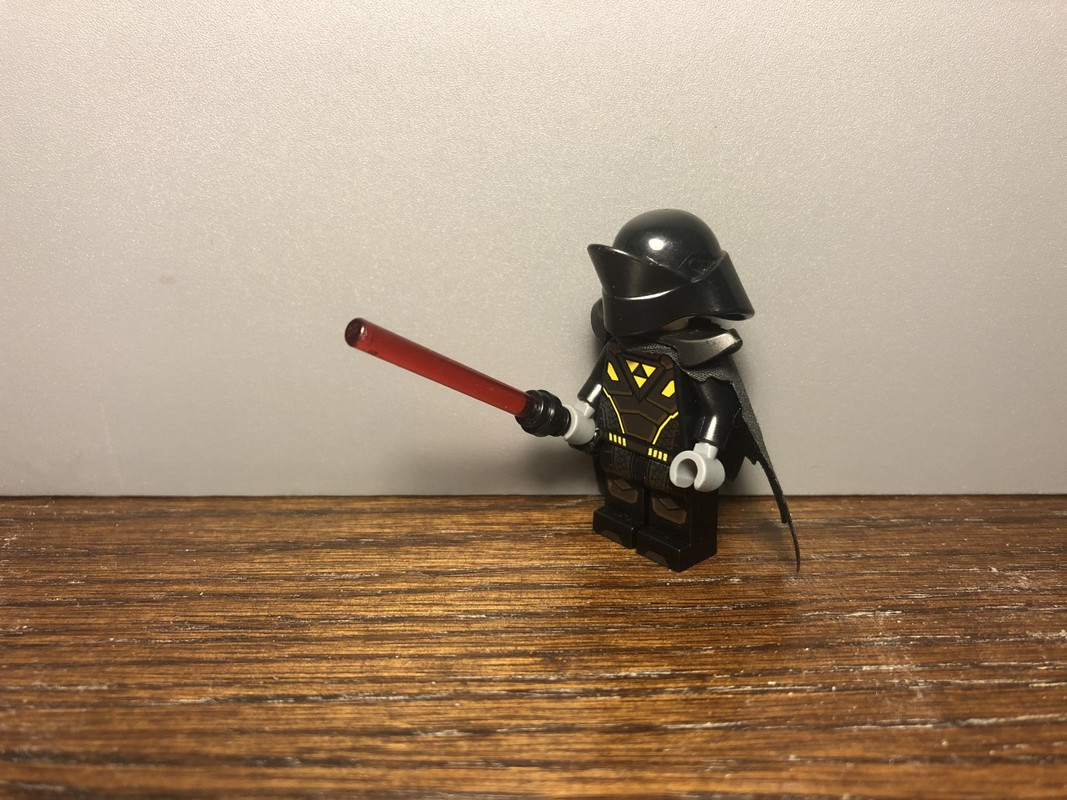 The PLA was destroyed during Ragnablok. Gjen Morda has learned of the old PLA from contact with an unknown spirit of the new Kanon. He has brought back the PLA, and they now have become a massive force, slowly building an army, whether they hired or stole their soldiers. 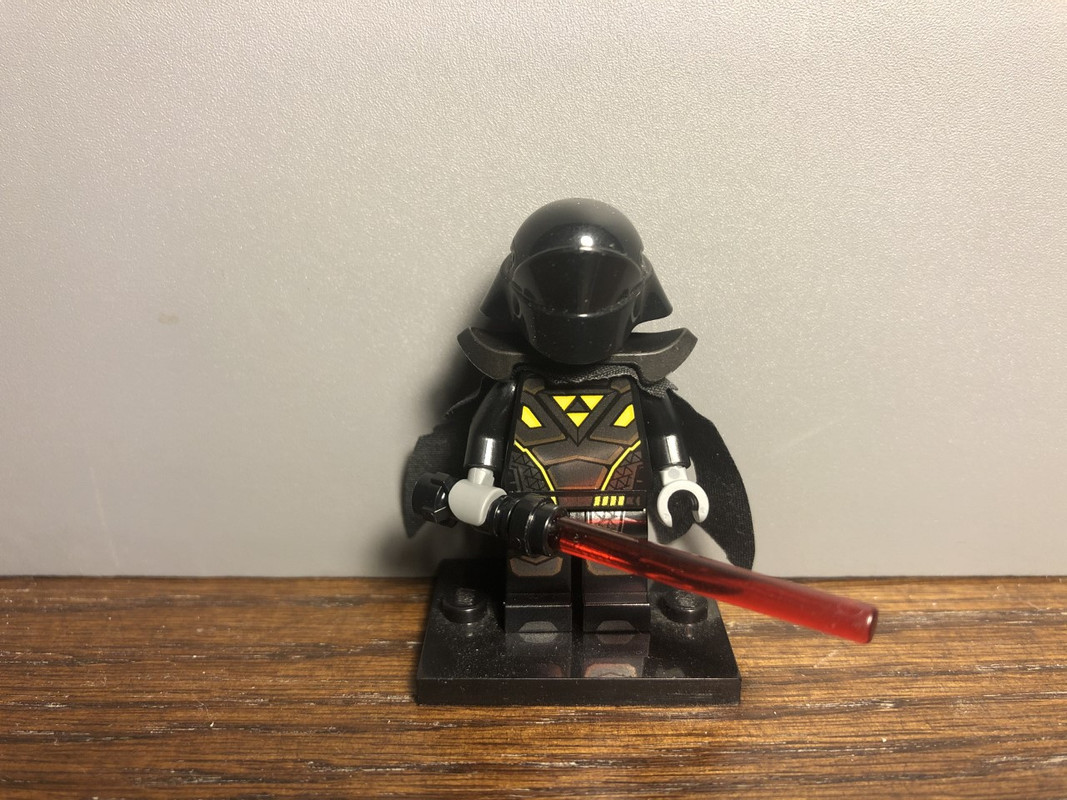 Gjen Morda is my first entry in any contest on the Forums. He reminds me of the embodiment of evil. 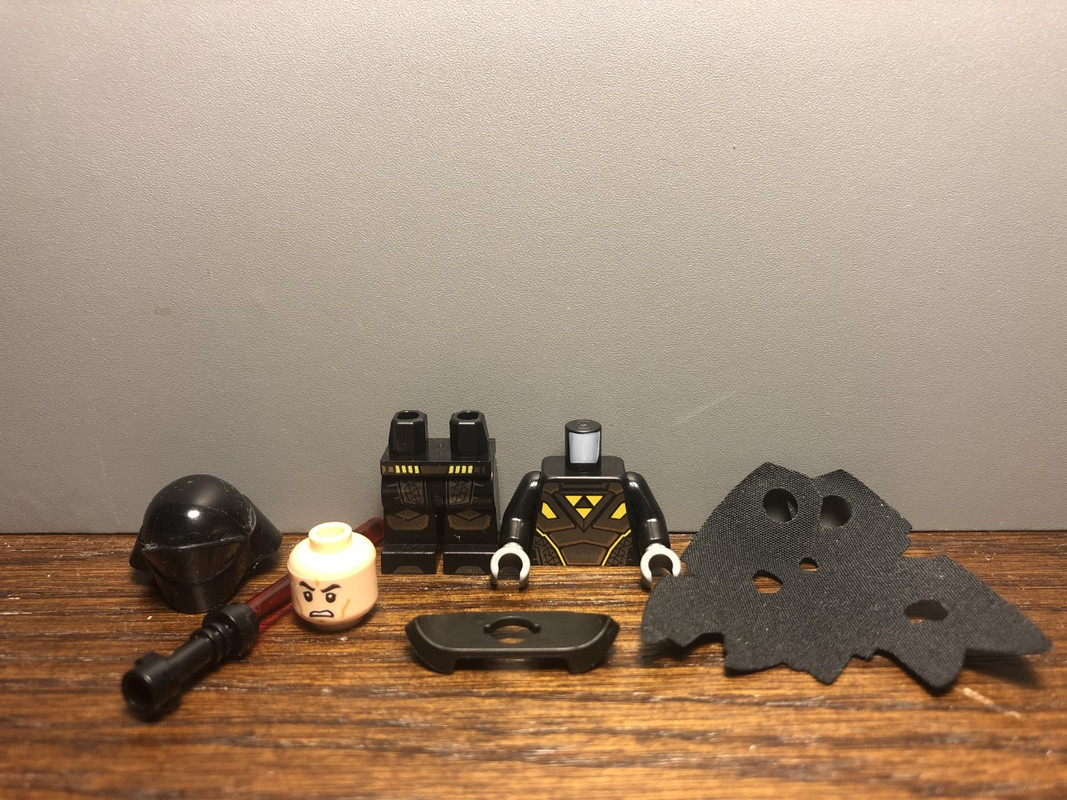 The parts breakdown are as follows from left to right: A First Order Crew member helmet, A red Light saber (Trademark) with a black hilt, the legs and torso of the Galactic Bounty Hunter (Series 19), The shoulder pad is from Jafar (Disney 2), and the cape is from a Dementor (Harry Potter)
Yeah, you know who I am

Thanks, I am not like a professional photographer, I need a really good camera.
Yeah, you know who I am