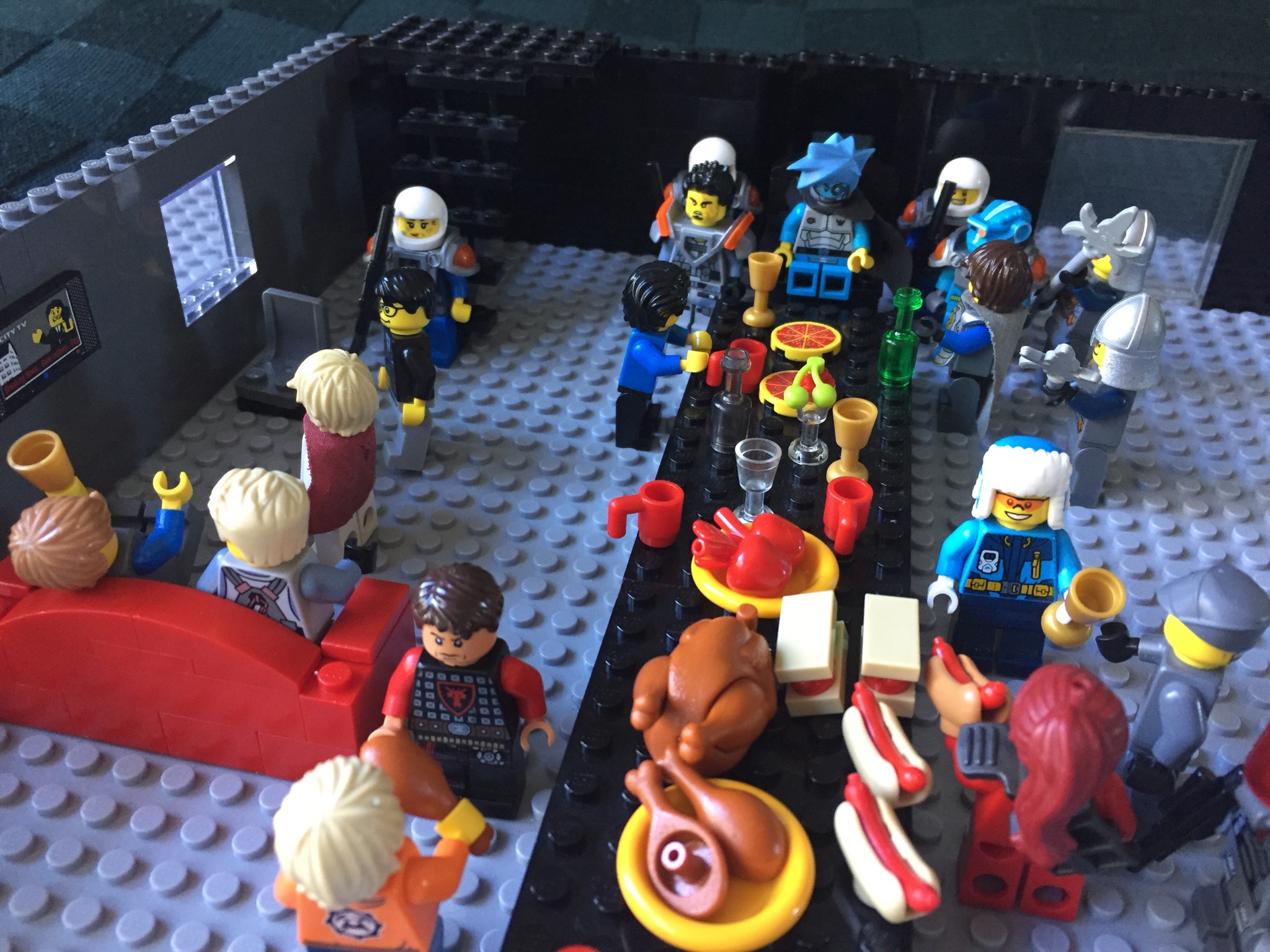 After the chaos of the preceding months and the takeover of the primitive planet, a diplomatic banquet is held by the Orsator Contingency. Many diplomats from nearby systems and their newfound vassals have arrived to negotiate with the newfound power.

Calar Ghorin sits on his throne and irons out the terms of the vassalage with the lords of the planet. 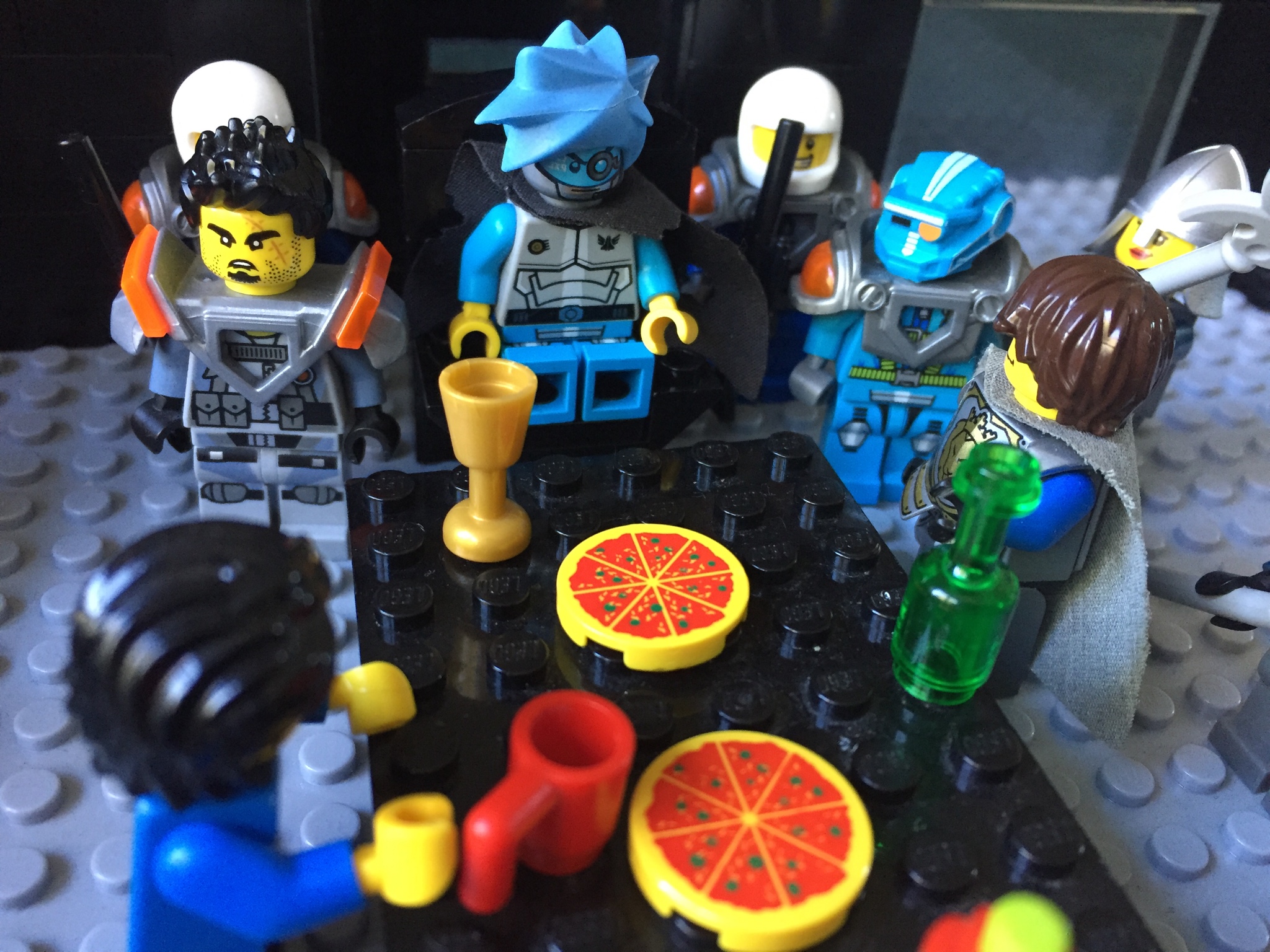 Sir Talbor: I don't think you understand here, sir. We can't spare 3so much of our population from farming duties, your enlistment quota is simply too high. Perhaps you could lower it?

Calar Ghorin: I don't think you understand, sir, that we need a proper standing army. Do you see these diplomats? Most of their country's armies are frothing at the mouth to come at us, despite their pretences of civility, and if you refuse to give us these soldiers they'll make your lives miserable. 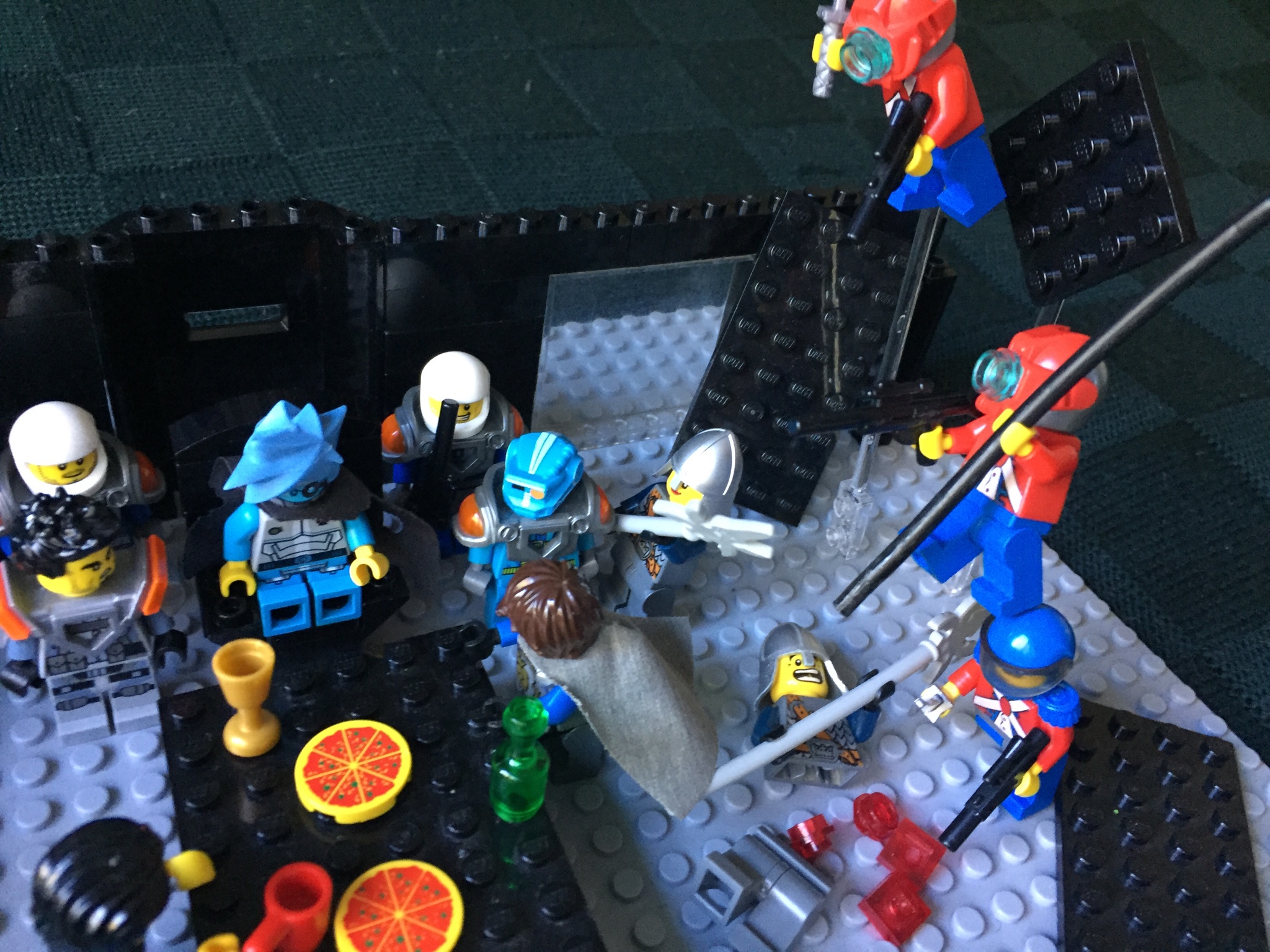 Suddenly, the roof smashes inwards and several masked soldiers enter from the roof, instantly killing one of Sir Talbor's guards.

???: Don't kill the diplomats, only the leader and his vassals! We don't want another diplomatic incident! 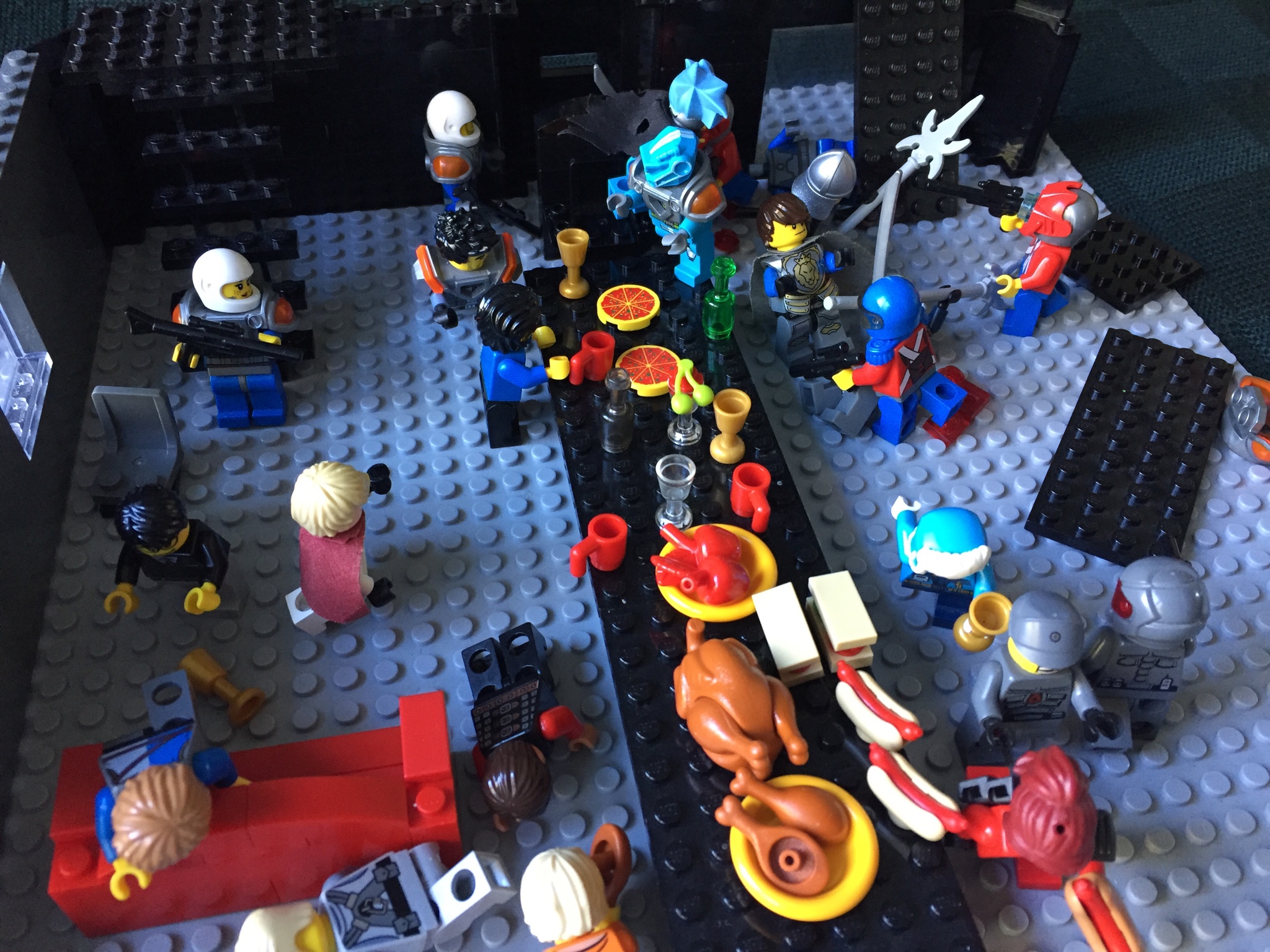 Diplomats immediately start running for cover, an Orsator guard is decapitated and the other guards begin attacking the intruders. 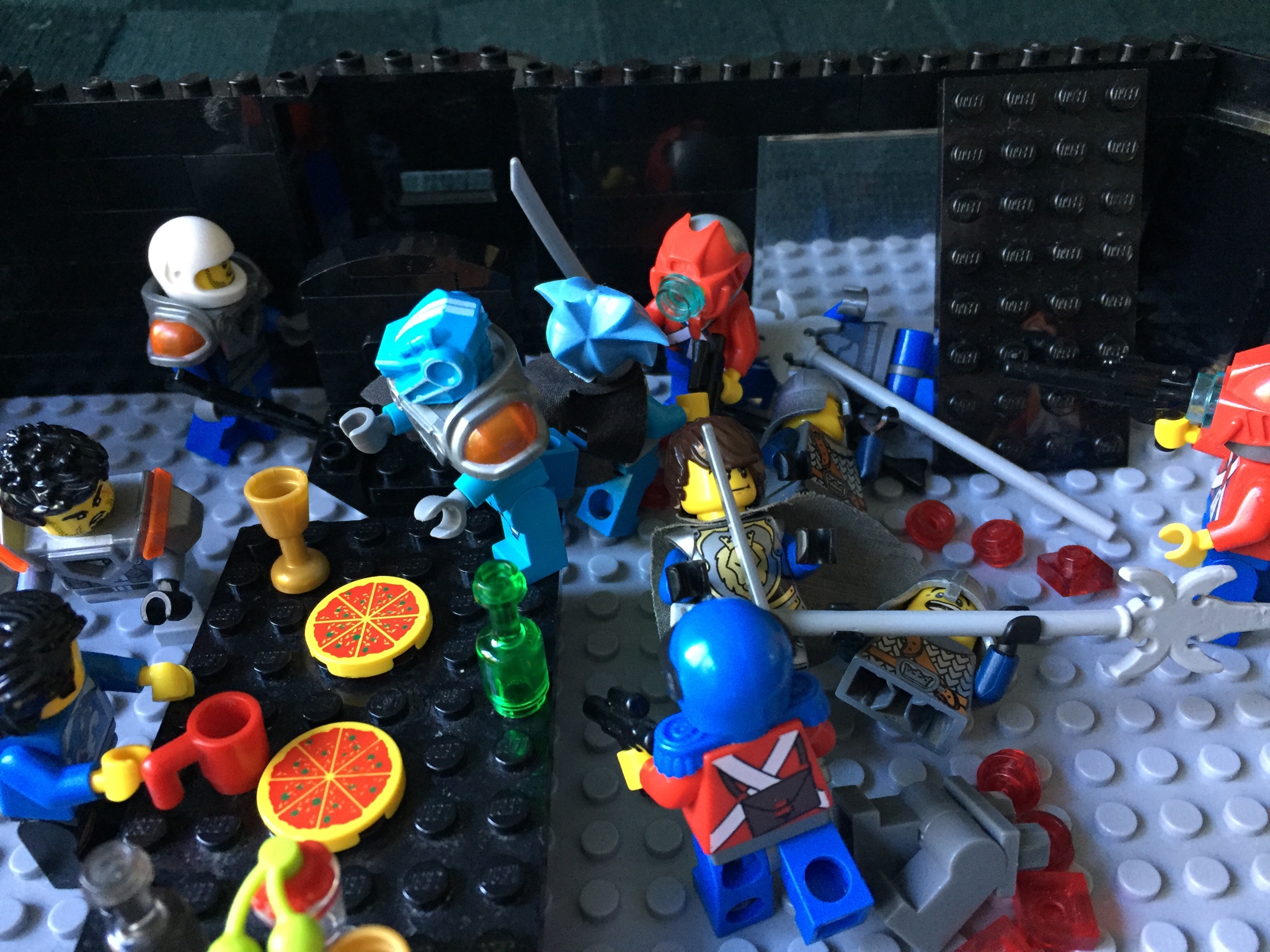 Calar Ghorin begins wrestling down an enemy soldier, while the leader's attack on Sir Talbor is only deflected by his heavy armour.

Unidentified diplomat: It's the Han Khan! Get out of here! 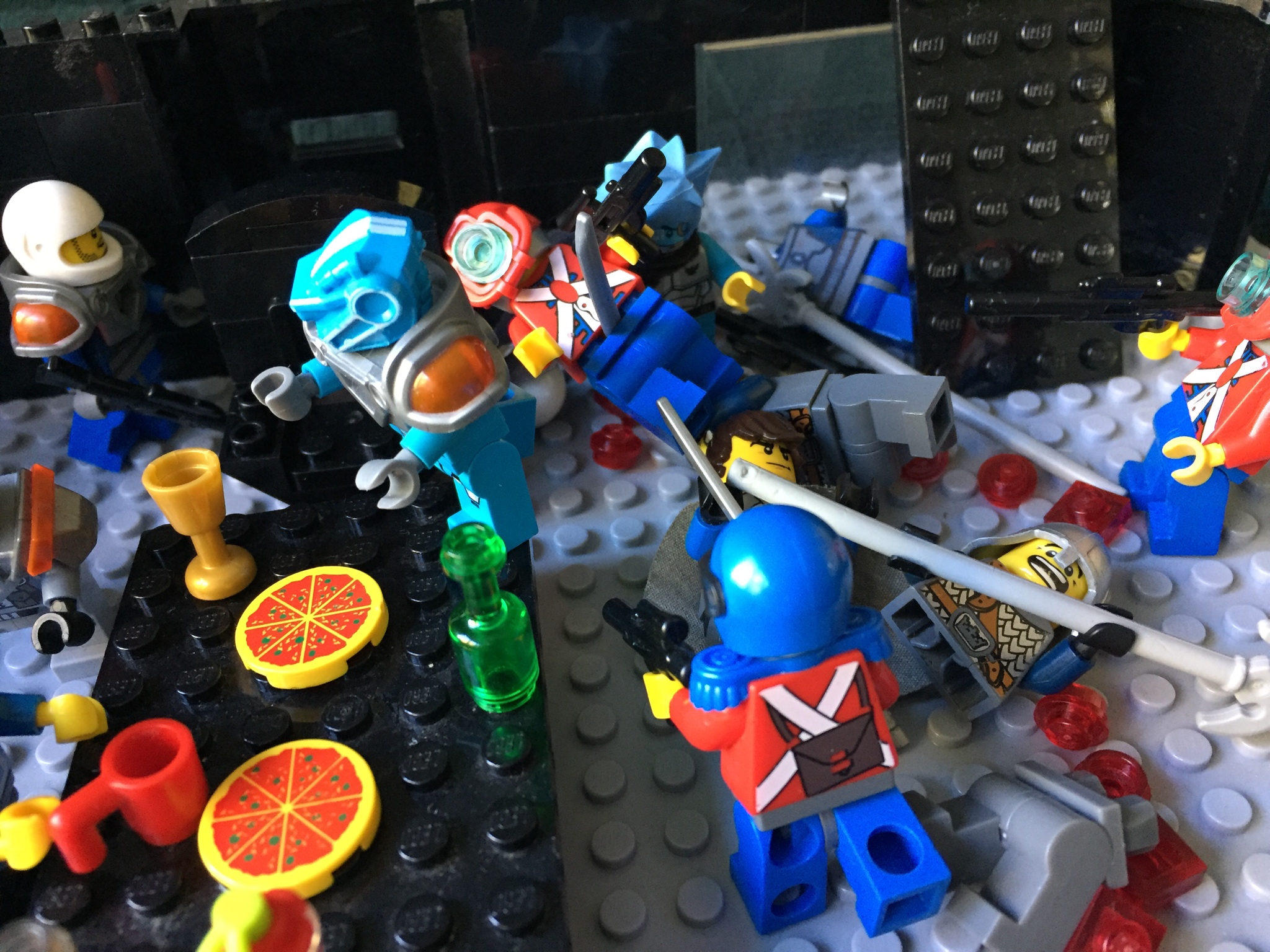 Calar Ghorin guts the soldier with his own sword, and Sir Talbar is knocked down. 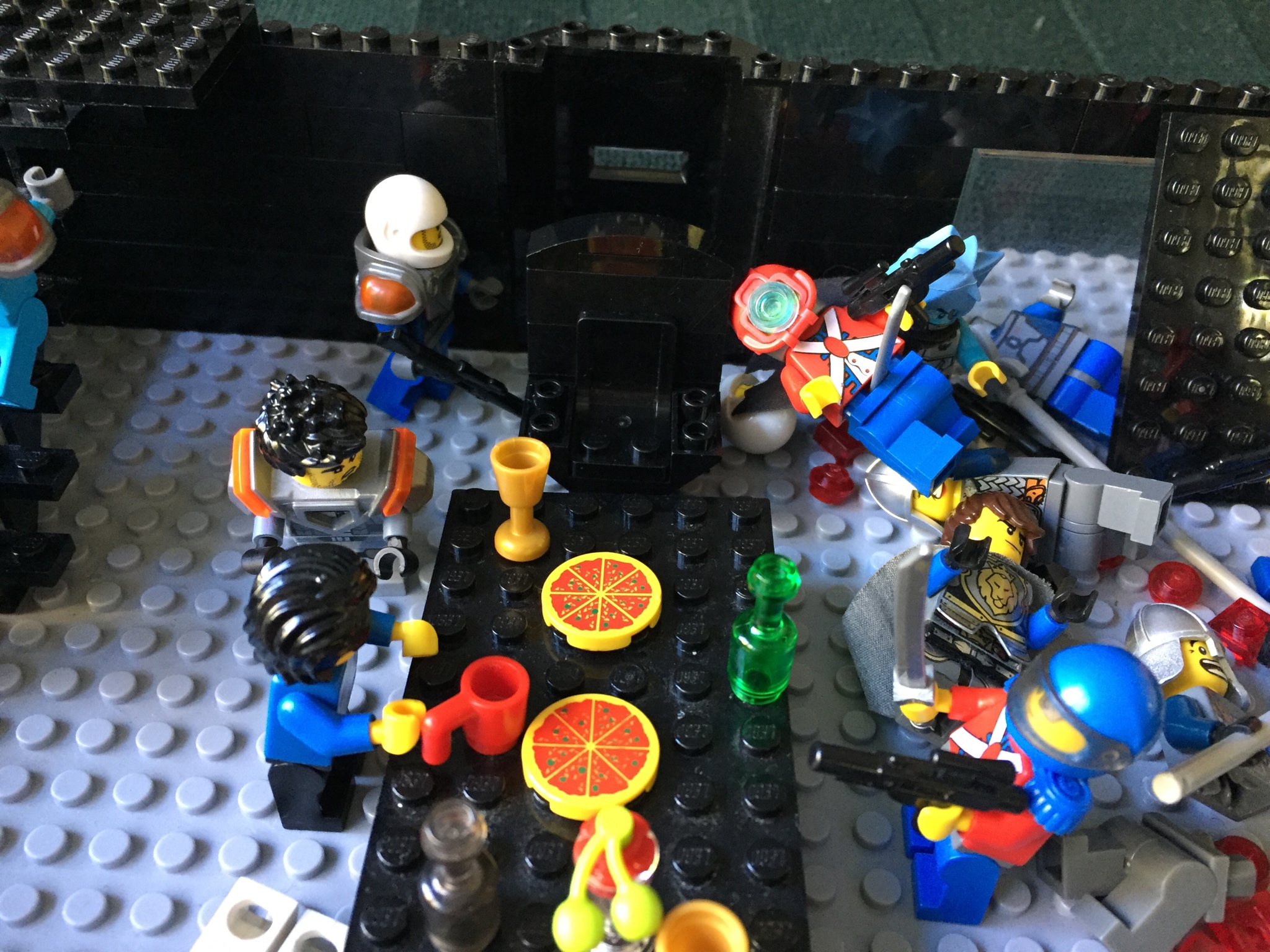 The Han Khan leader lines up a shot at a diplomat. 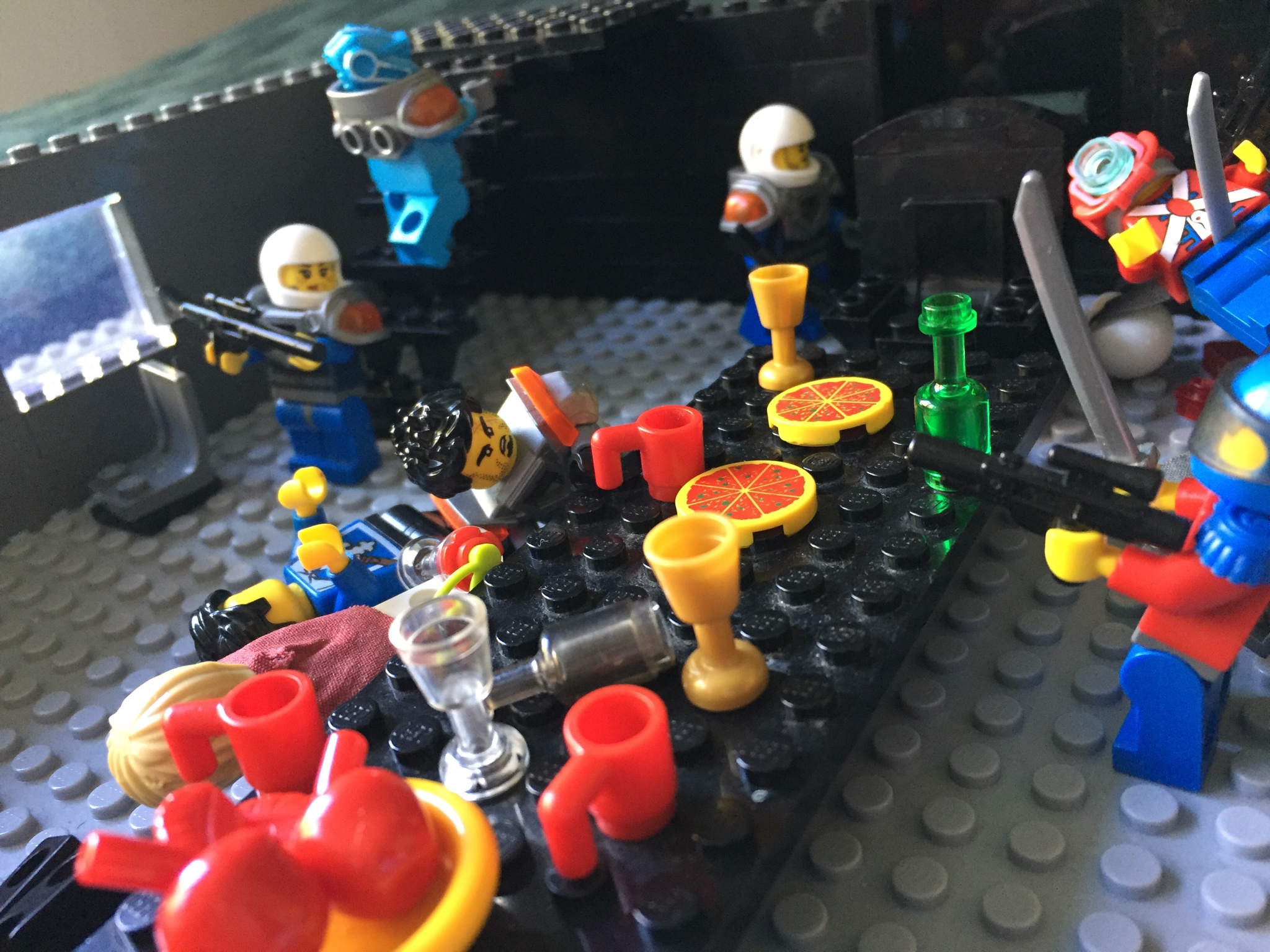 Lieutenant Harlo jumps in the way at the last moment, taking a punishing shot straight to the chest, and crumples to the ground. 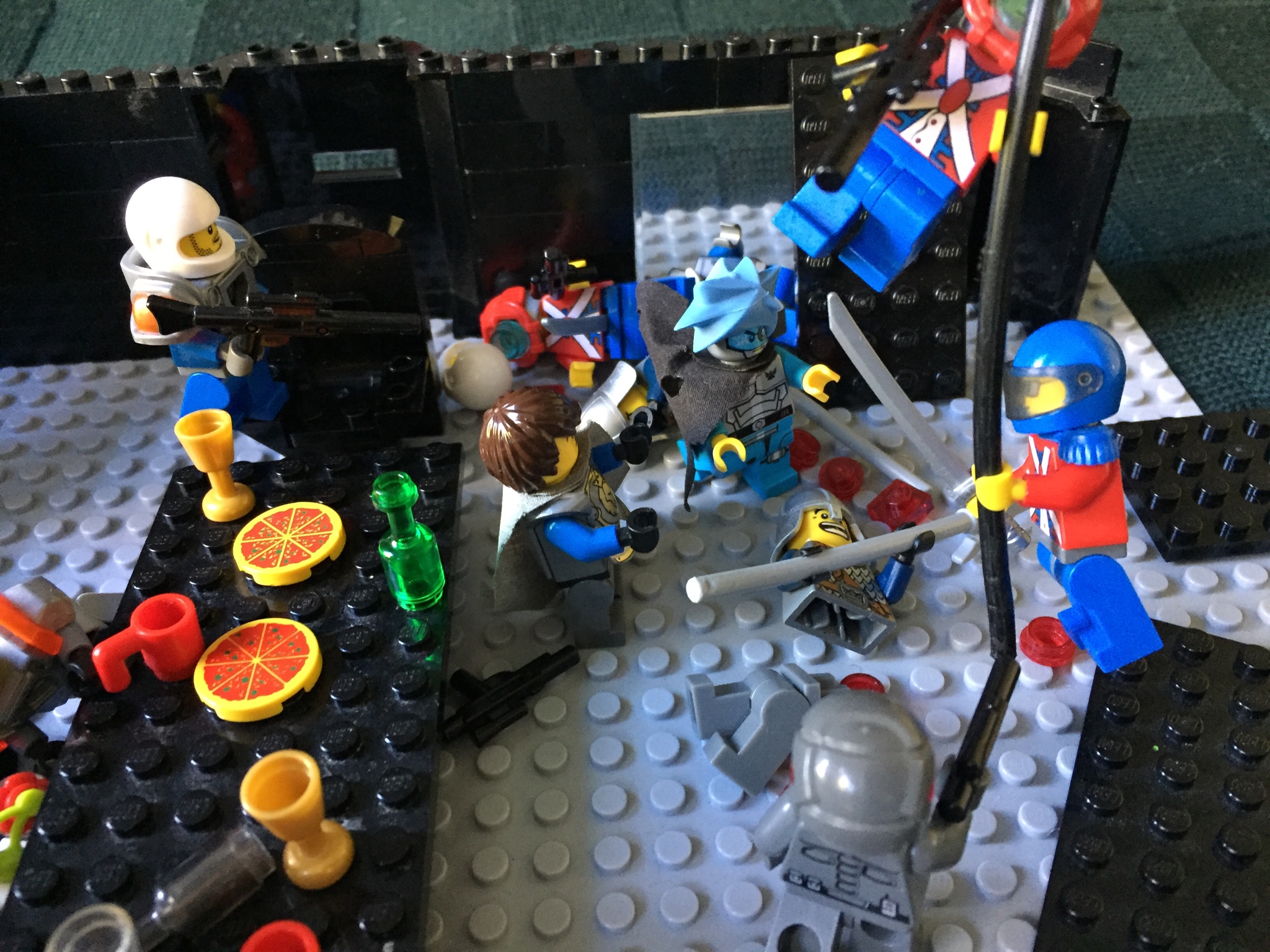 The two Han Khan soldiers escape the way they came in. 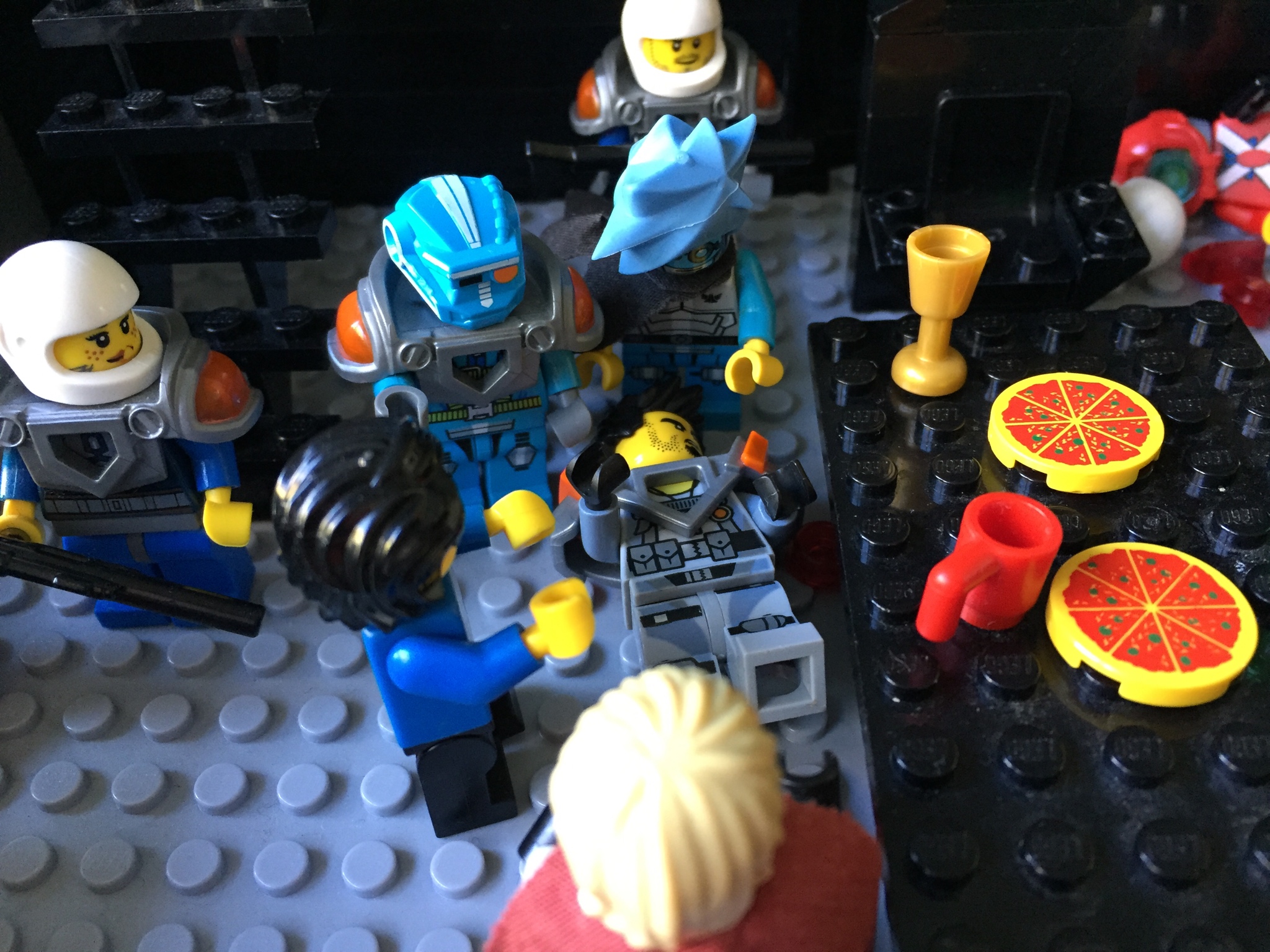 Calar Ghorin quickly runs over to check on his fallen friend, but he's too late. Harlo has lost consciousness and it's only a matter of time before he passes away.

To be continued...
The real Piltogg was the friends we made along the way.
Top

Ossum Soap! I can't wait to see how this plays out!
Bleak Company! COMING SOON TO A PLANET NEAR YOU!!

Link to the Anno collection that my boi Space Bunny compiled
https://brikwars.com/forums/viewtopic.php?f=33&t=17787
Top

Looking forward to what happens next