SOMEWHERE IN THE UNCHARTED REGIONS OF THE ANNO GALAXY 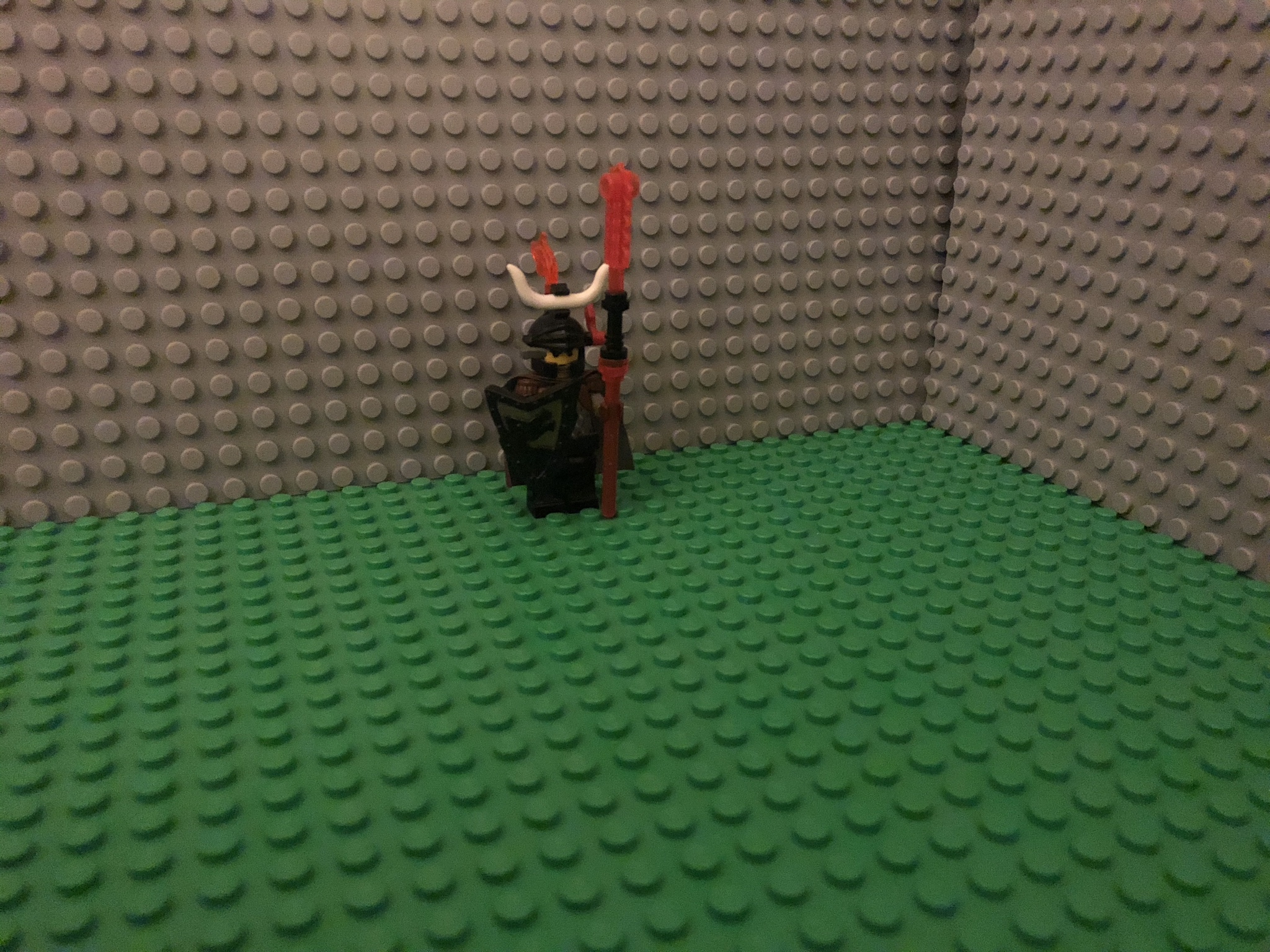 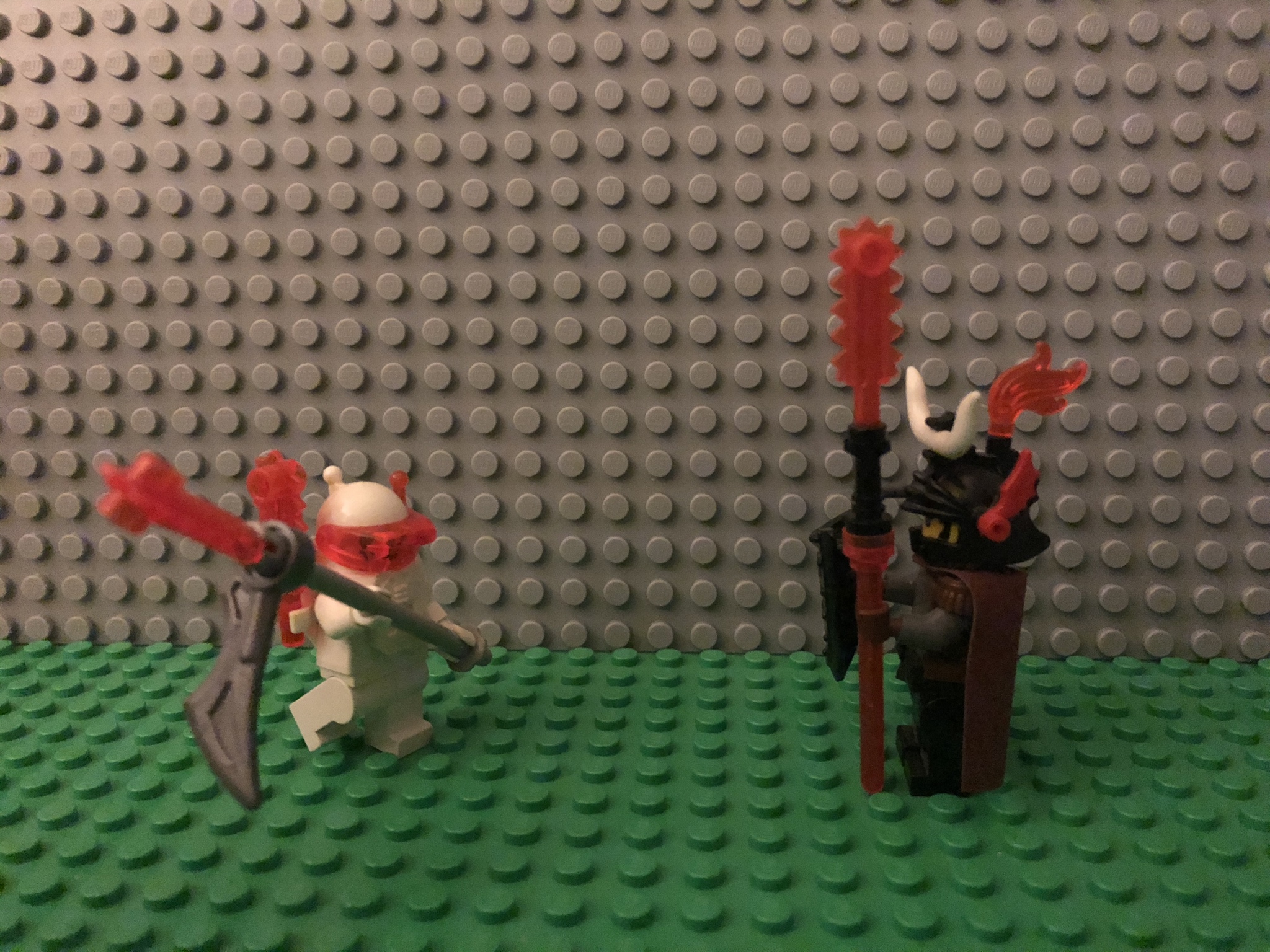 The Dim Creeper chatters aggressively as it gets closer.

Bad Mike: Oh come on Dimmy, your full name is such a mouthful can you drop it.

The Dim Creeper's visor flips up and the chattering intensifies. 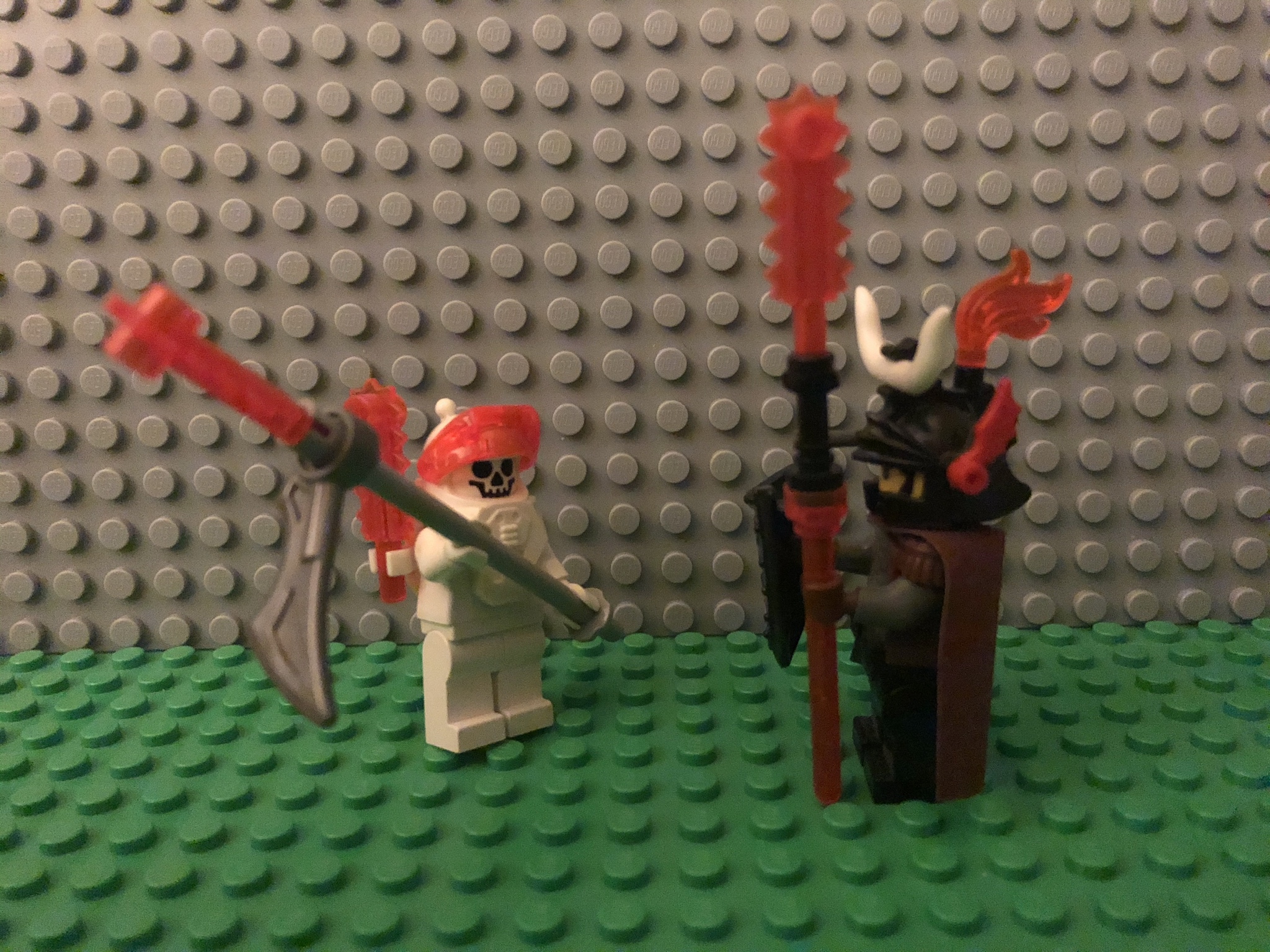 Bad Mike: Fine, fine, fine, your full name it is. Employment be praised you are such a pain in the ass sometimes.

The Dim Creeper's chattering stops and he stares at Bad Mike.

Bad Mike: Riiiiiiight, you're wondering why I called you to this remote location.

Bad Mike: Well you see, I've been thinking. Our glorious leader has been doing squat recently. He just keeps blowing shit up with his new fancy battle throne! I say it's time for a change in leadership, the old man has been training me up for this anyways so I should just take over. I haven't lost a single battle I've fought in! That old man is weak and prone to fits of fancy, this company needs firm leadership not clumsy showmanship!

The Dim Creeper is quiet for a few minutes. Eventually it nods at Bad Mike and chatters in ascension.

Bad Mike: Phew! For a second there I was kinda-

Bad Mike: Who said that? 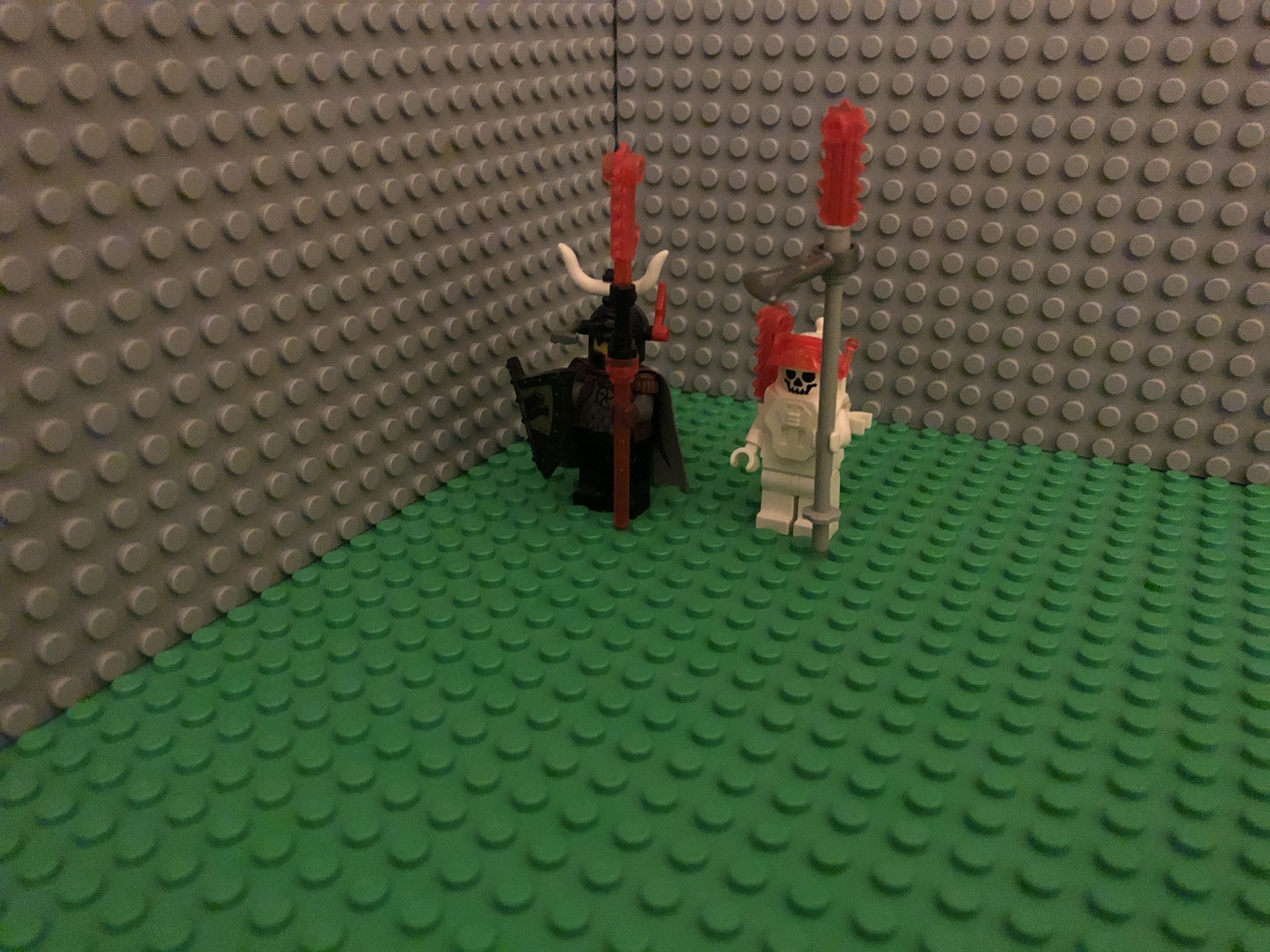 ??????: Allow me to introduce myself! I am the wizard Jacksonander! I have come here to aid you in your treacherous endeavors! 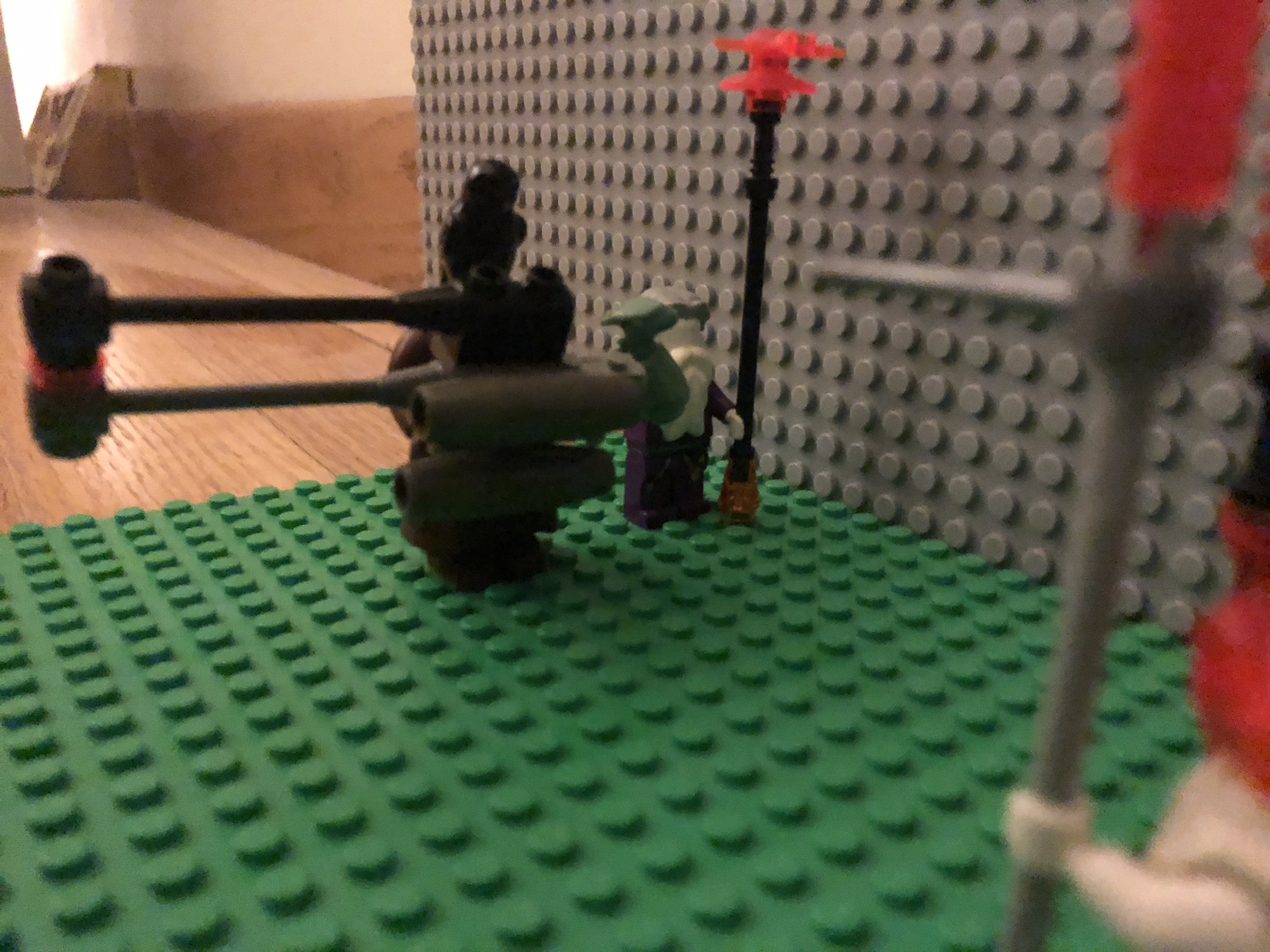 Jacksonander: Pardon my rudeness allow me to introduce my friend as well. This is Sheila, she is a strong independent Owl Golem.

Bad Mike: uhhhh how did you know where to find us?

Jacksonander: Why a gentleman never kisses and tells

The Dim Creeper chatters in disgust.

Bad Mike: Agreed, cut the shit, what's in it for you?

Jacksonander: Well you sure know how to cut to the chase my dear boi. If you insist on being so ineloquent then, FINE. Know that I require nothing from you, my master instructed me to help you.

Bad Mike: Your master told you to help me? How does anyone know about my plans? I've only told Dimmy-

Jacksonander: Well lets just say my boss makes me look like an amateur compared to how powerful he is

Bad Mike: I haven't seen anything worth writing home about so far, but duly noted. At this point I don't really care where the help comes from. I'll need all the support I can get! Not only does Bad Tom control a huge number of troops, but they are also extremely well armed and generally very spooky. 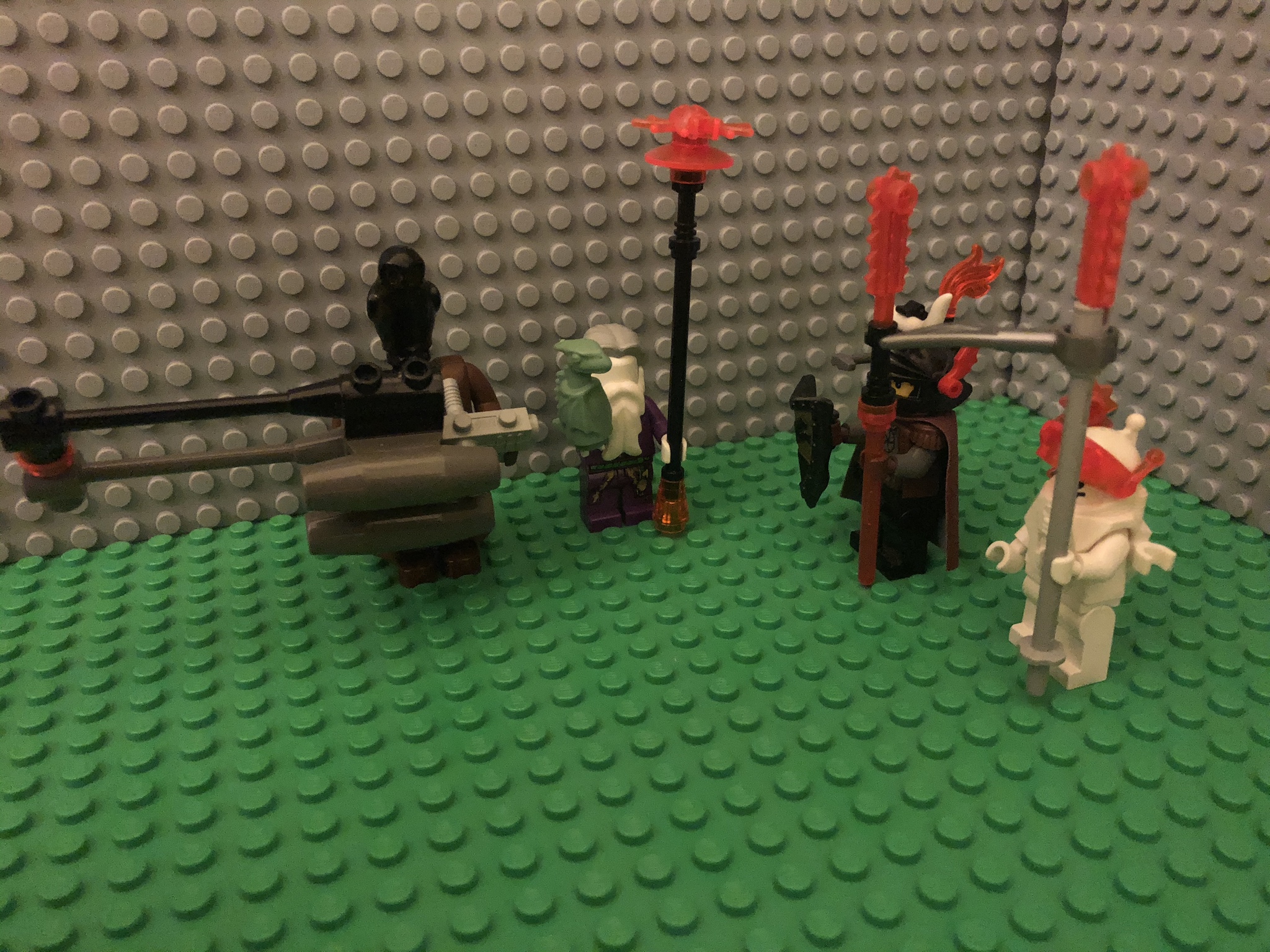 Jacksonander: Oh I wouldn't worry about the numbers my dear boi, there are strange forces at work here.

Bad Mike: I need more than loose talk about "strange forces" I need details and logistics! I'm going to need a miracle to take out Bad Tom!

Bad Mike: What in the fuck now? 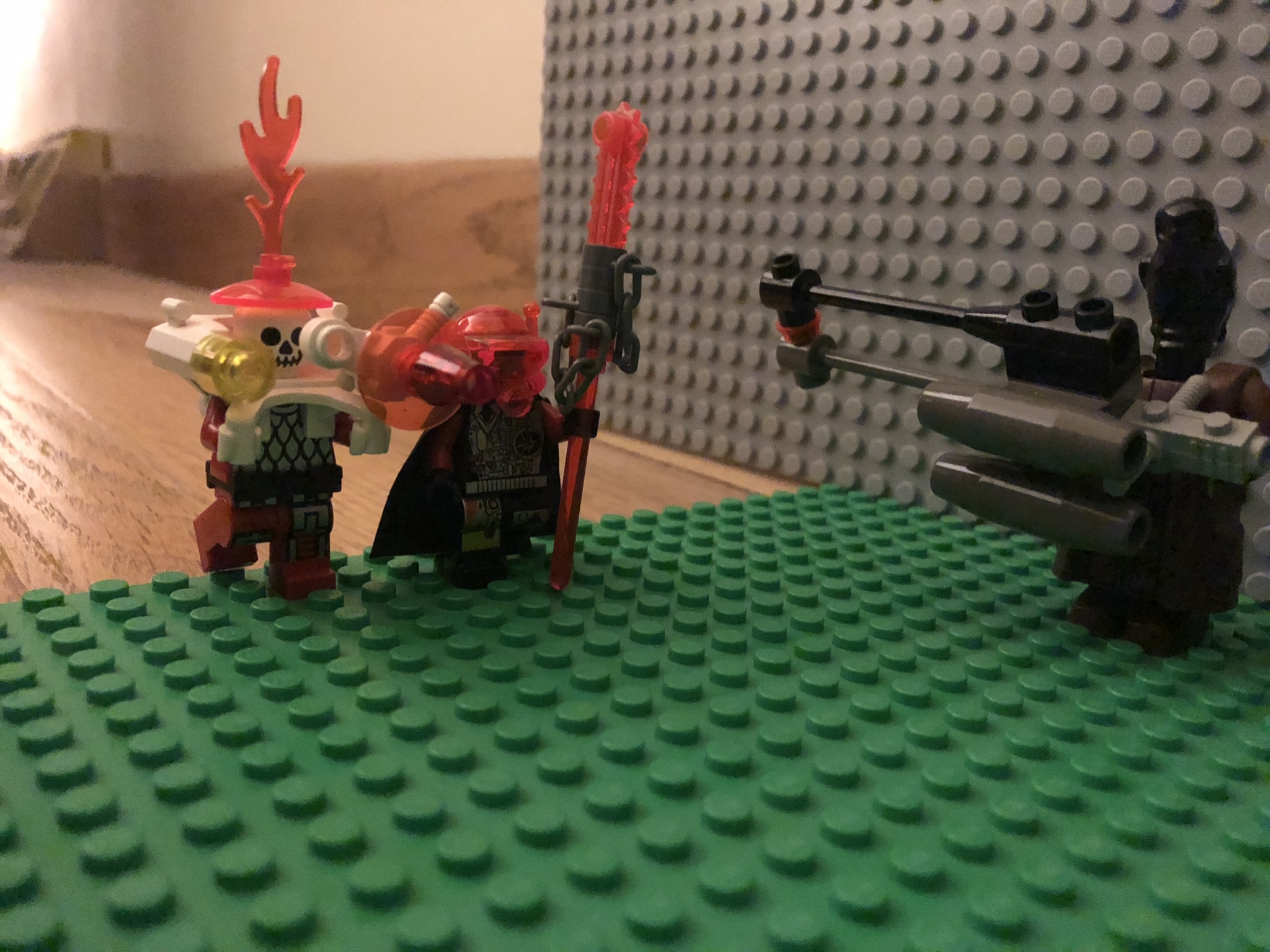 ??????: I AM THE LEADER OF THE DARK TECHNOMICON AND THIS IS MY SLAVE WARTRON.

Bad Mike: What the hell do you want? 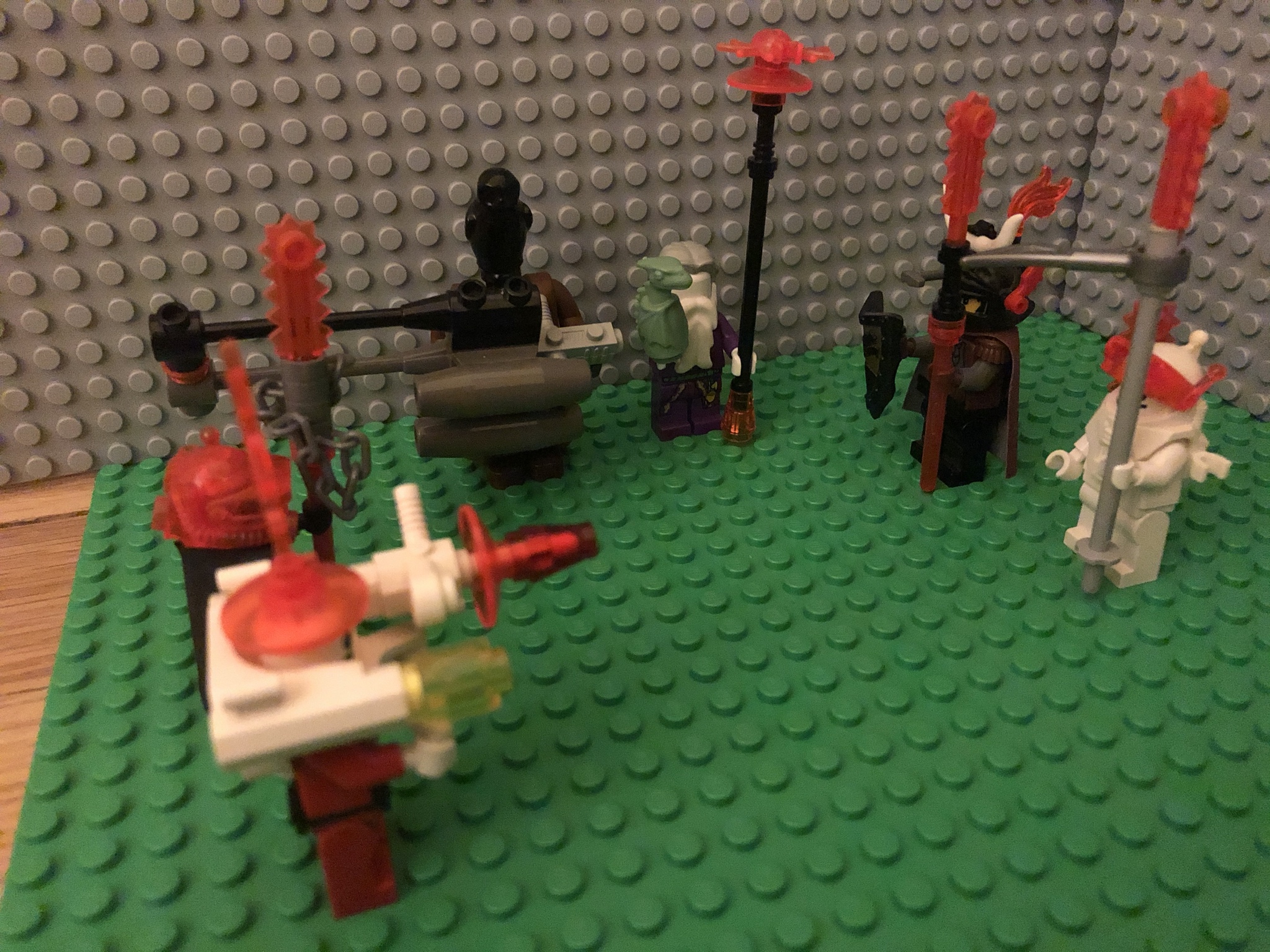 ??????: REVENGE, I WISH TO REPAY WHAT BAD TOM STOLE FROM ME WITH BLOODSHED.

Bad Mike: Ok then, I might be able to help you with that. Scratch my back and I'll scratch yours.

??????: I HAVE NO NEED FOR BACK SCRATCHES, JUST VENGEANCE, AND PERHAPS A CHALICE FASHIONED FROM BAD TOM'S SKULL.

Bad Mike: Shut up wizard! Fine no back scratches just vengeance and I'll think about giving you his skull.

Bad Mike: Is there any other interested party that wants to intrude on our conversation?

A voice from a bush nearby screams out "NOOOOOOOOO"

Bad Mike: Jeezus, ok. I guess this meeting of conspirators is adjourned. I'll be in touch with y'all later to go over the details.

Jacksonander: I can't wait to hear back from you my dear boi.

The mage guy has huge Morgan Le Fey vibes.
"If you liberate my Gulag one more time..."- Green
Top

Anno: home of weebs and Arthurian lit fans
Bleak Company! COMING SOON TO A PLANET NEAR YOU!!

The characters are nice though.
The most dangerous enemy you can fight is a man with nothing left to lose

It is most definitely a Warhead shard, just with no will of its own.
Bleak Company! COMING SOON TO A PLANET NEAR YOU!!

Maybe he'll break free and kill his master in the middle of a battle?
The most dangerous enemy you can fight is a man with nothing left to lose

Maybe he'll break free and kill his master in the middle of a battle?

Bleak Company! COMING SOON TO A PLANET NEAR YOU!!

[Anno] A Betrayal of the most Wicked Kind Pt 2 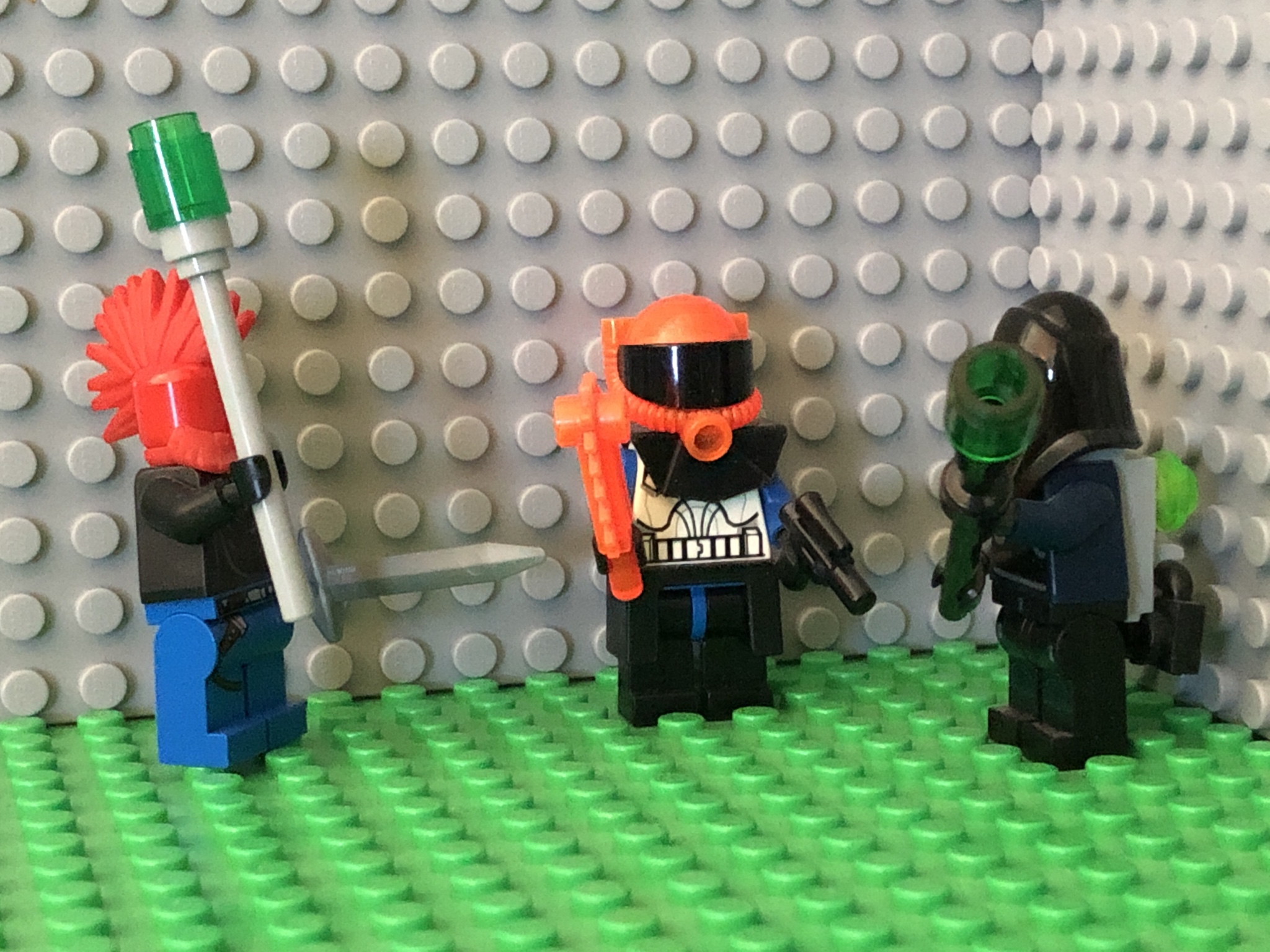 The mysterious Technobandits all laugh, the NCO's laughing especially hard knowing that a lack of enthusiasm would be punished harshly. 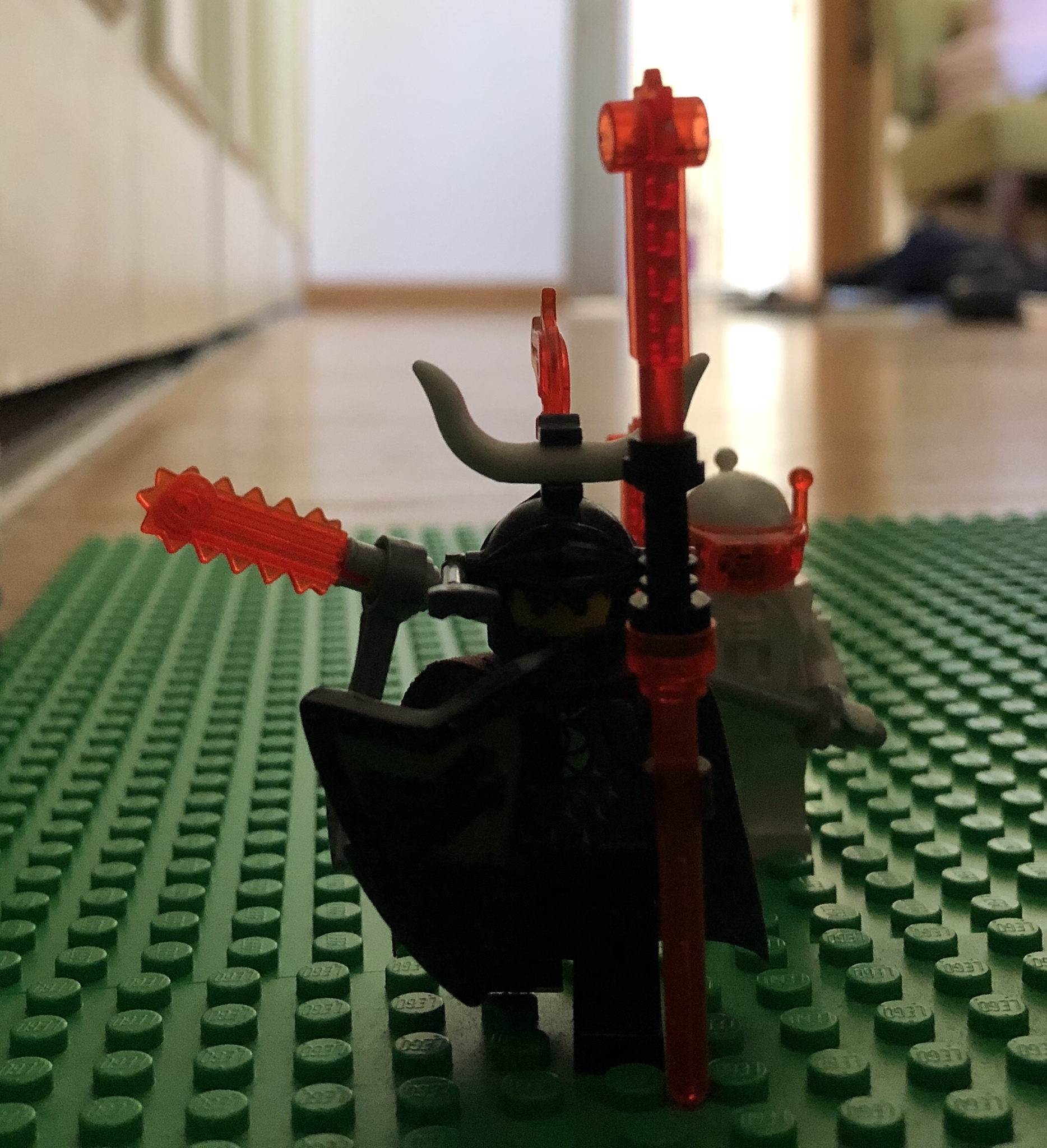 Bad Mike and The Dim Creeper emerge from the shadows.

??????: Who the fuck are you two chucklenuts and how in Jibber's name are you emerging from shadows during the middle of the day, in an open clearing?

Bad Mike: Forgive me for intruding, I am Bad Mike and my quiet associate is named The Dim Creeper. I wouldn't worry about the shadow thing, Stinktral had to lean over us to get the picture and he just kinda said "Fuck it, y'all are emerging from shadows". Now may I ask what you are called?

??????: You've got to be kidding me, I'm one of the most infamous Technobandits around! I am an incredibly inglorious Technobandit leader known and feared by the many inhabitants of the Anno Galaxy! I possess the powerful moniker Commander King! These are my companions, the one with the red mohawk is cheaply named Red Jack. The fine lady in the black cowl is Red Jack's sister, Her cliche name is Red Jill.

Bad Mike: I'm afraid the name doesn't ring a bell but I'm sure you are quite the terror of the stars. 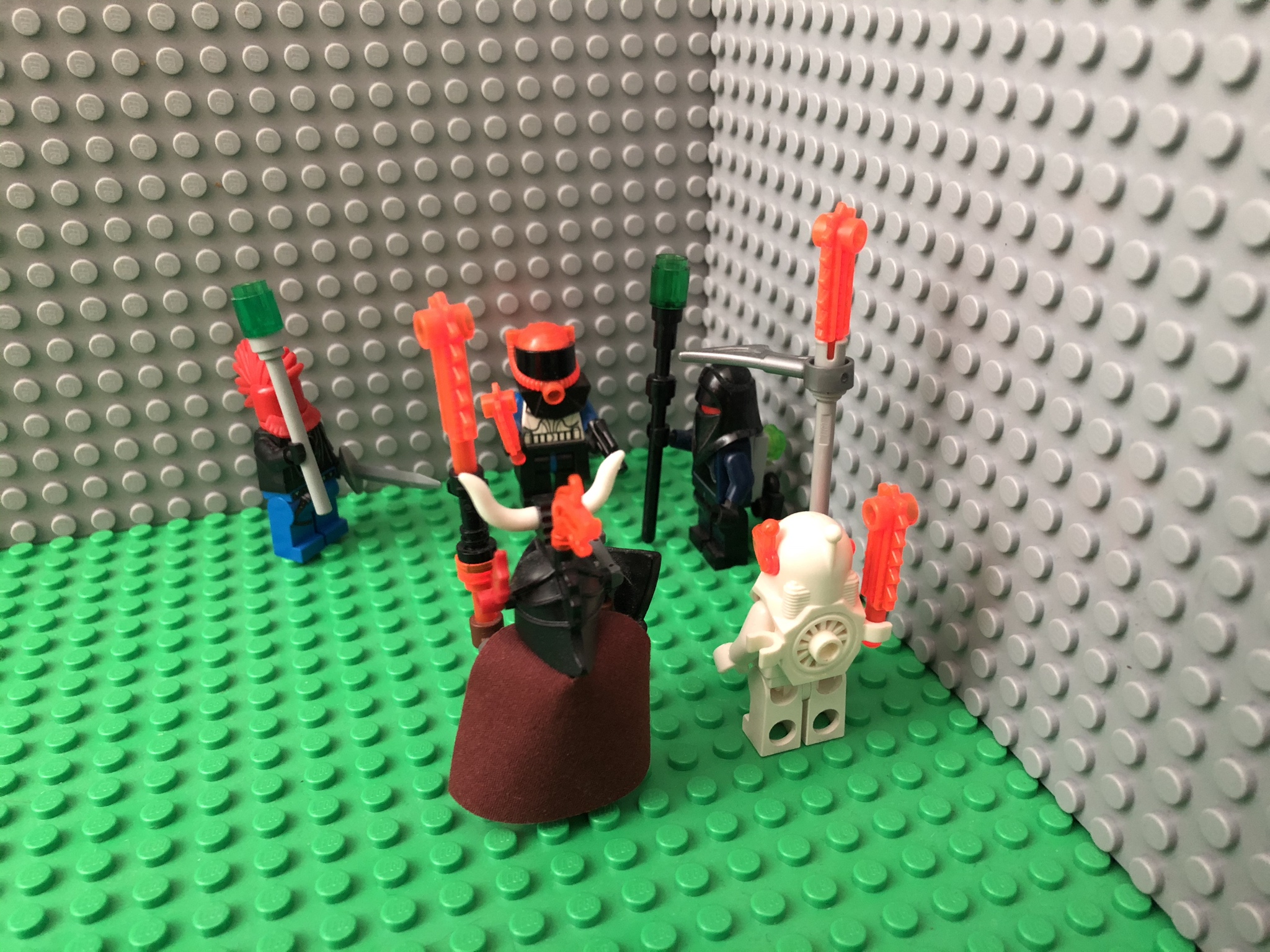 Commander King: Sadly, I actually do know who you are, Bad Mike of Bleak Company. Why the hell is the second most important fig in the Company talking to a bunch of Technobandits? Also why shouldn't we kill you where you stand? You Bleak fuckers are annoying as hell!

Bad Mike: I'm going to be the first most important fig in Bleak Company soon... As to why you should not kill me, I can promise some changes to how Bleak Company operates once I take over. Not only are we going to leave smallfry like you alone, we're also going to encourage your activity. Once I'm in power we're going to stop fighting other people's battles and start fighting our own. Bleak Company is going to swallow this backwater galaxy whole then move on to others.

Commander King: Hell, I should kill you where you stand for that smallfry comment, but I won't because I respect your moxy kid. I bet you didn't come here to just spout off about how you're gunna kick daddy off of the throne. What do you want from us?

Bad Mike: I've got a deal for you. I'm not just going to plot and scheme forever, I'm planning on making my move soon but I need more men.

Commander King: I've got plenty of those, however I like my men to continue living and working for me. Dying in a tantrum over who controls the most generic mercenary faction ever isn't what they signed up for.

Bad Mike: I can make it worth your while! I won't heedlessly throw away your men's lives, I need them for the second part of my plan. I will issue your outfit letters of Marque when the Bleak Empire rises, you will then be able to go about your usual business with impunity. Hell, I'll even pay you a fat bounty if you manage to disrupt our enemy's supply lines.

Commander King: Hmmmm... That does sound quite nice. I have no idea what a letter of Marque is but Privateer does have a nice ring to it. 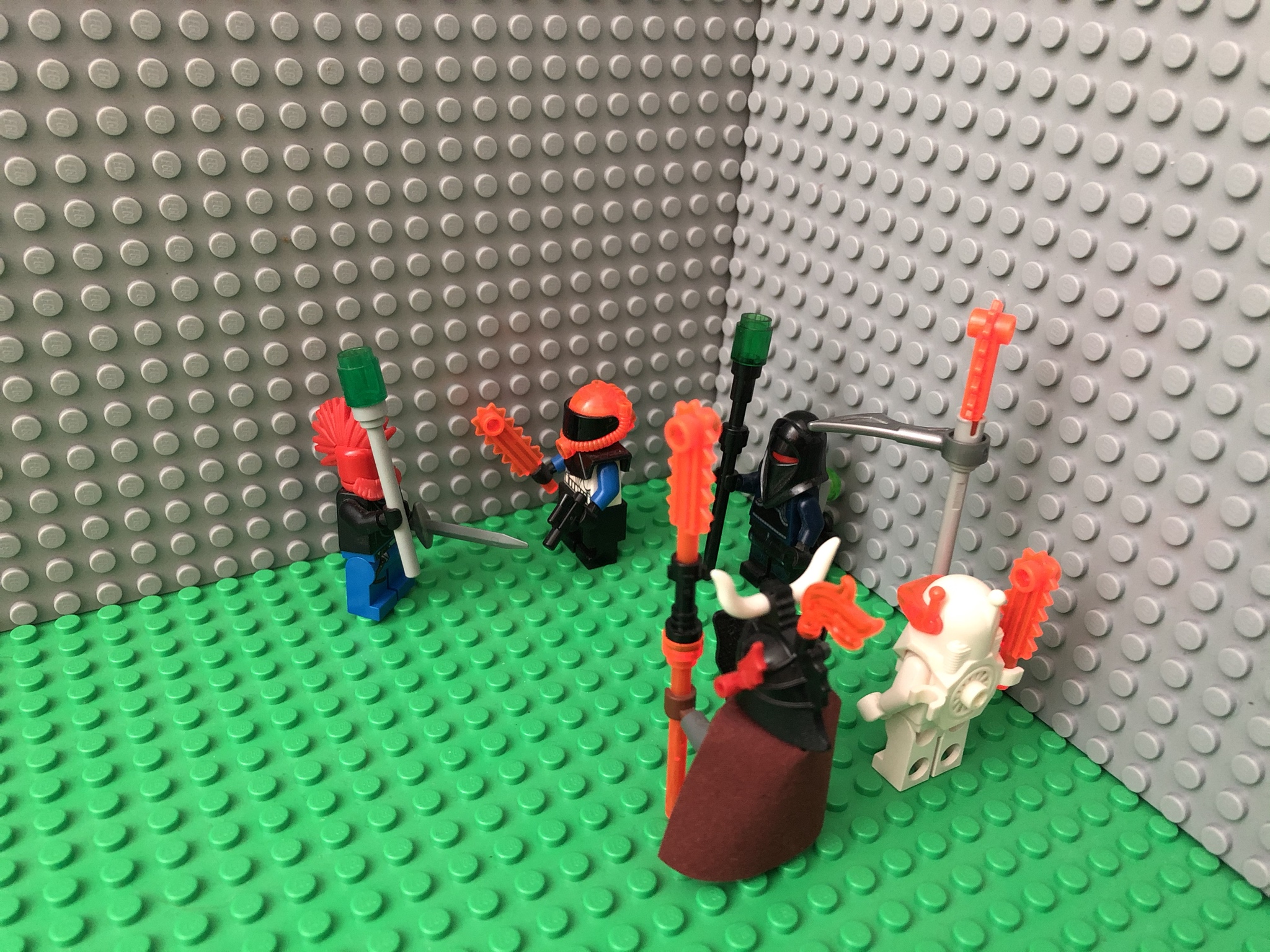 Commander King: Jack call up the troops! We've got a job to do and an Empire to build!

Red Jack: Whatever you say boss!

Red Jack heads off at a jog. 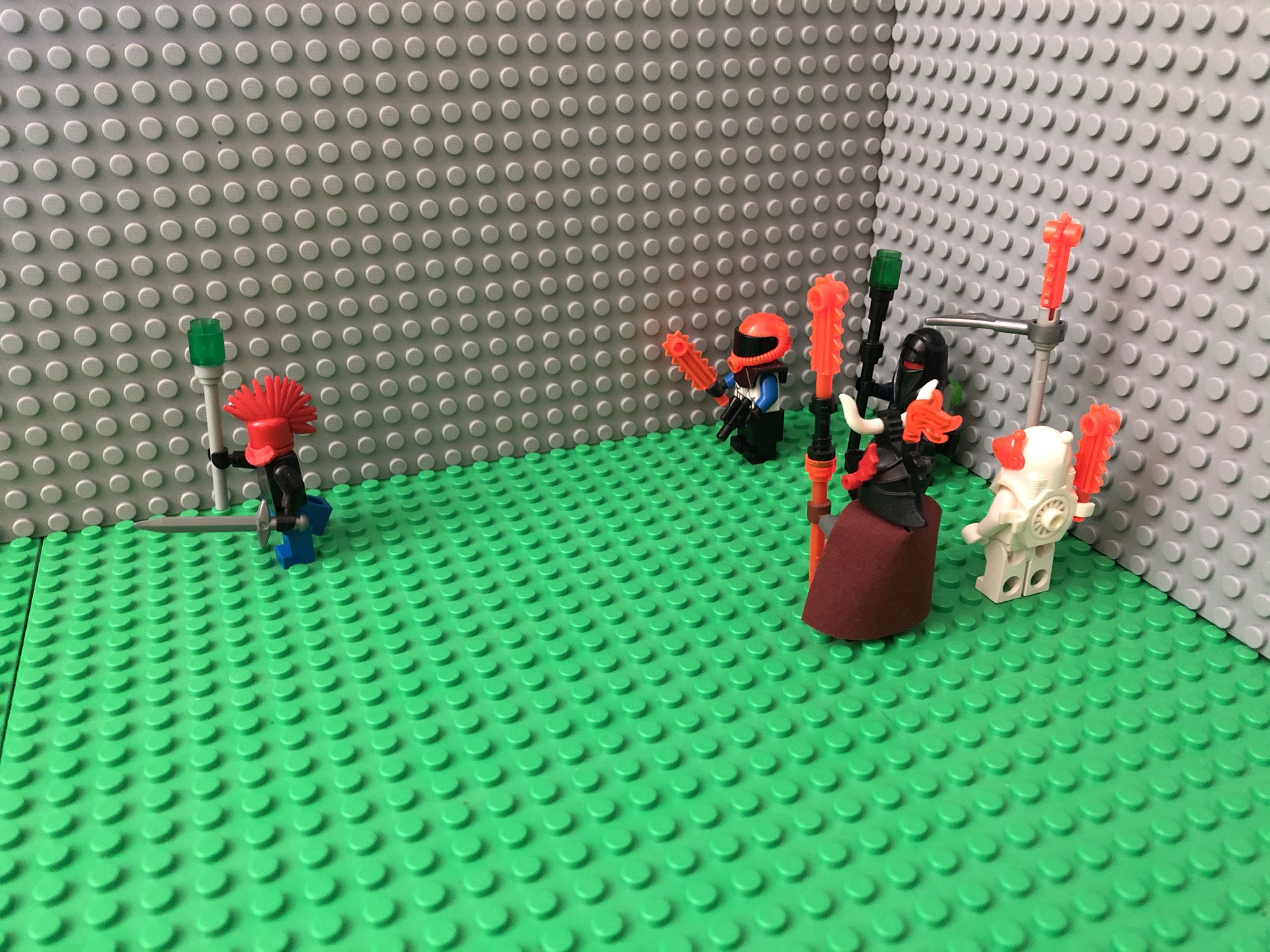 Red Jack pulls up only a few yards away from Bad Mike and company.

Red Jack: HEY BOIS THE KING NEEDS YOUR HELP WITH A JOB! 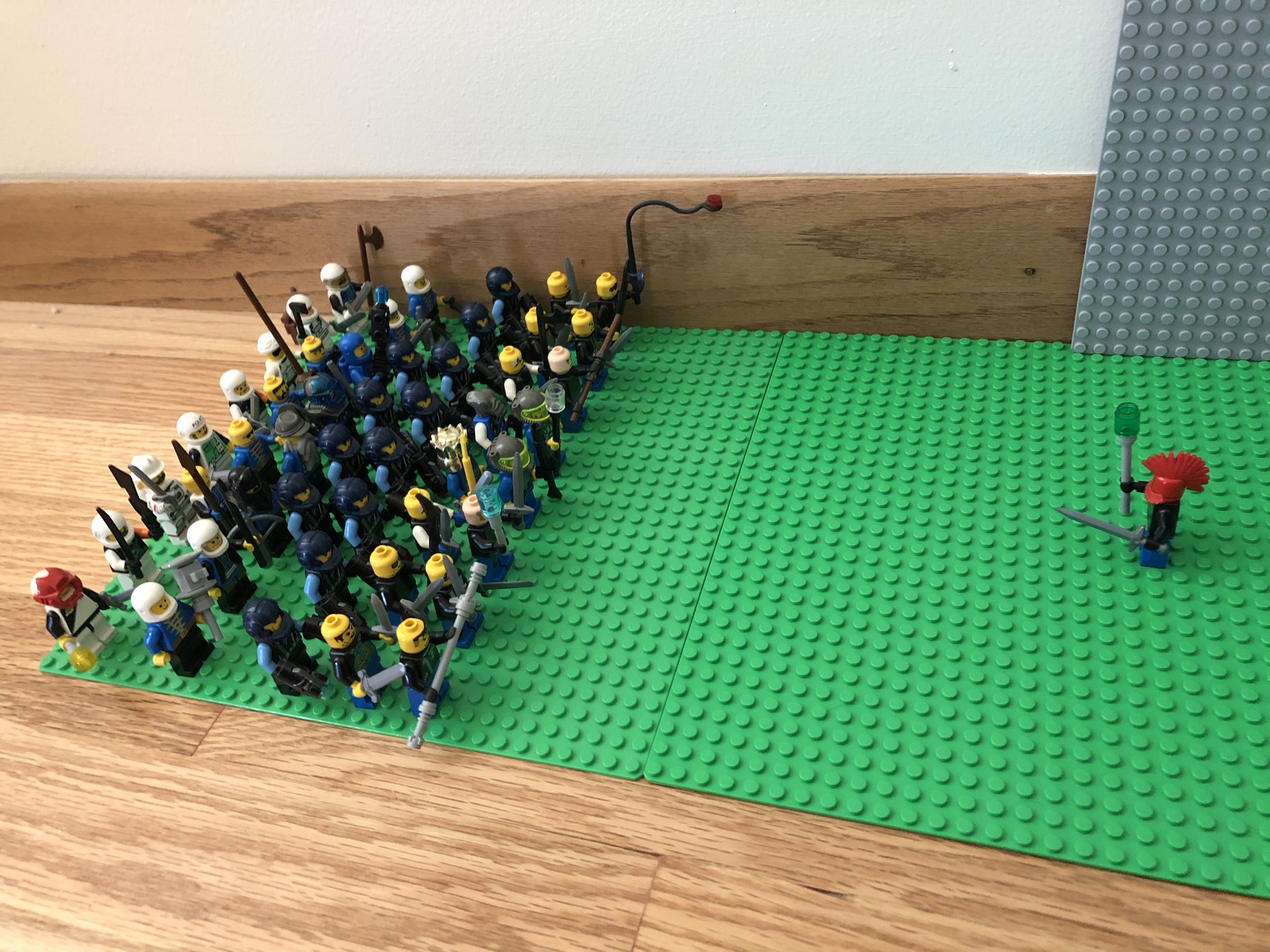 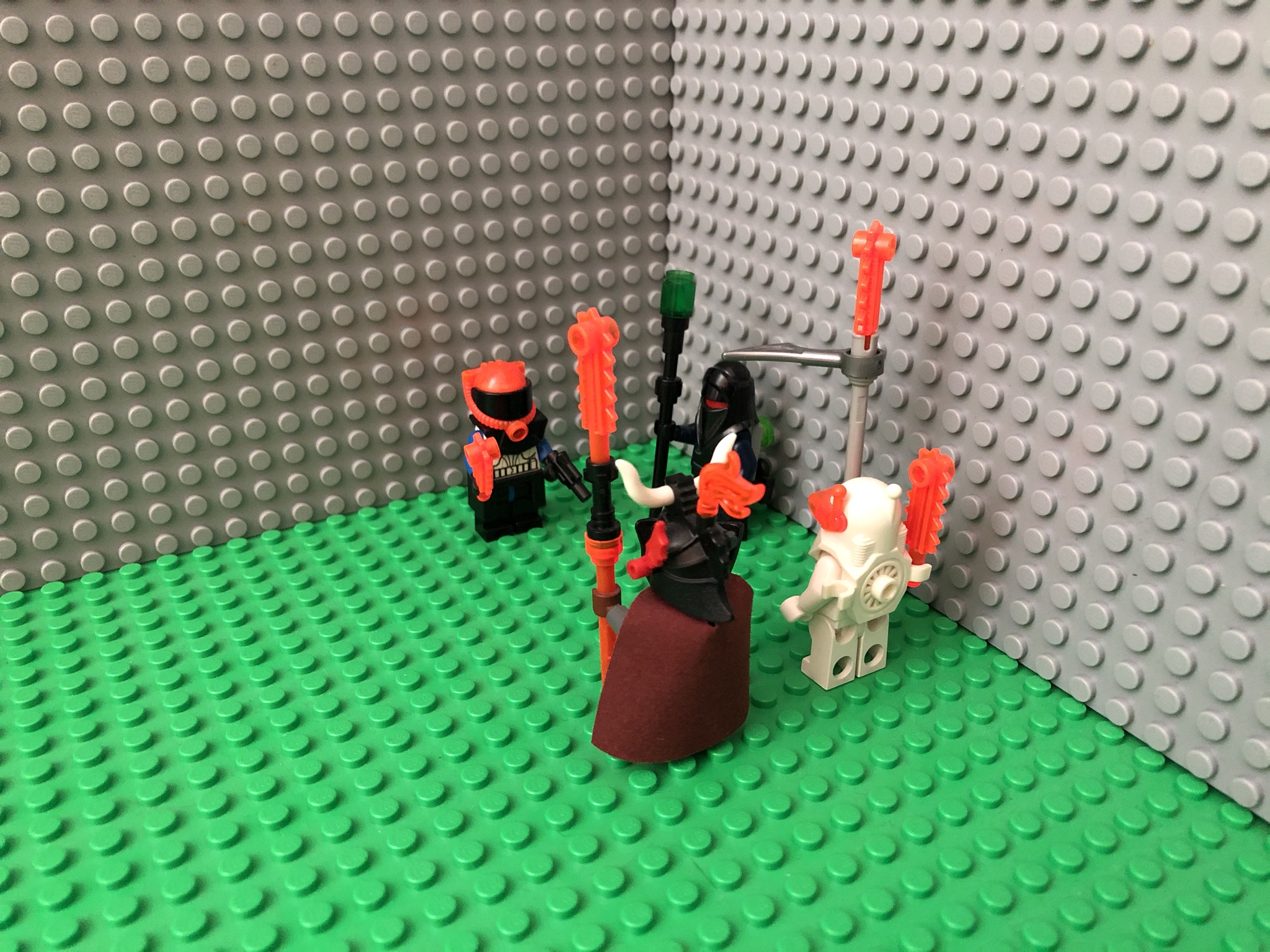 Bad Mike: How the fuck did I not see all of those guys standing there?

Commander King: Don't worry about it, I agree to your terms Bad Mike. I hope you're plan actually works you crazy bastard.

Bad Mike: Oh it will... Mysterious forces are at work here.

Bad Mike: Something a stupid wizard told me. Don't worry about it. I'll be in contact with you soon.

TO BE CONTINUED...
Bleak Company! COMING SOON TO A PLANET NEAR YOU!!

Most of my Soaps and Armory posts will be localized to this list
Anno Collection
So go on and give it a look!
Top
Post Reply
9 posts • Page 1 of 1