Police sent orders in first, so they get initiative! 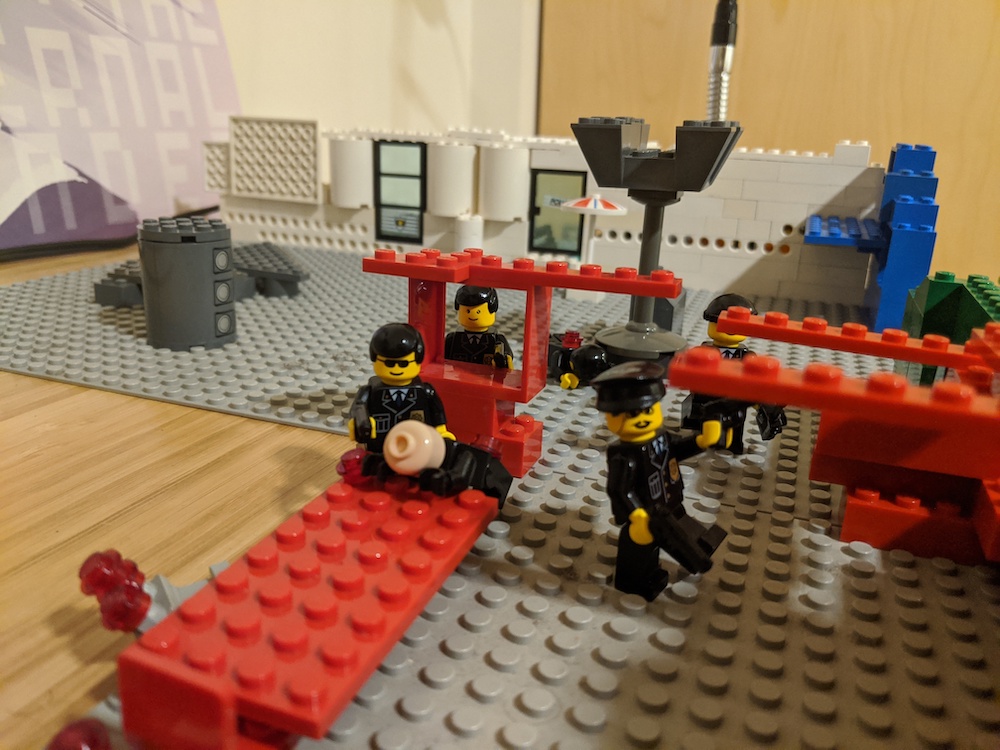 Police Sergeant Gonzo Hucks: Listen here, son. I know you boys have fallen in with some bad company..... But there's always a second chance! You kill gonzo and I'll put in a word with my boss... maybe you WONT spend the rest of your shitty lives in prison. 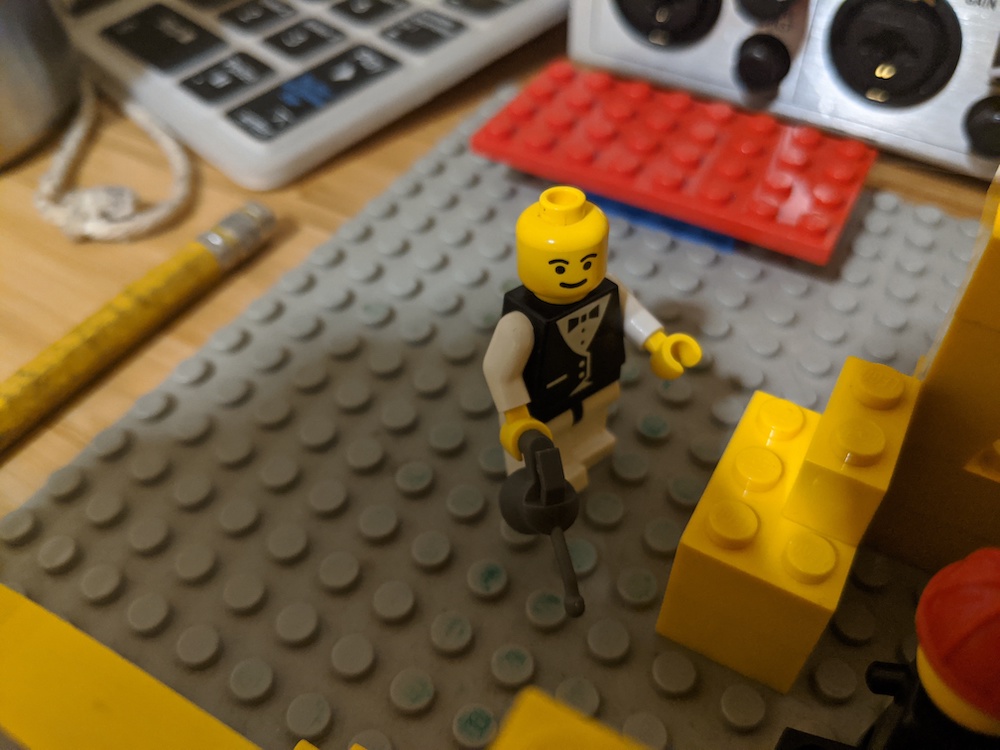 This newly recruited comrade stops to think for a minute.

hey, wait a minute... Why am I doing this again? Who are these guys? 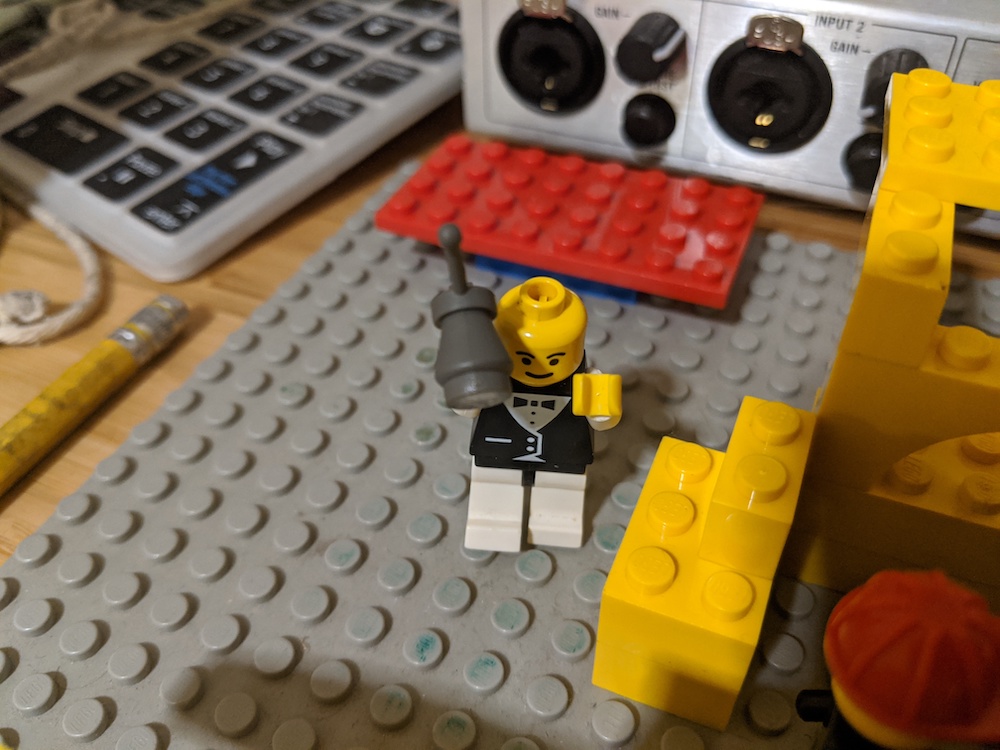 Fuck! I wouldn't last a week in jail! 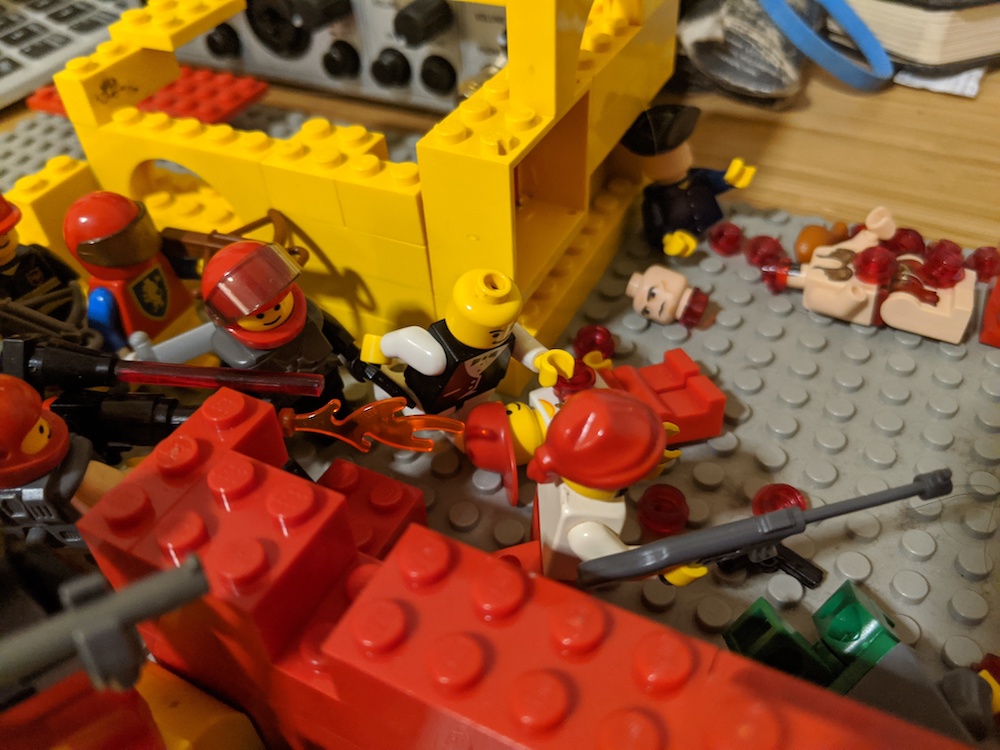 He runs up to the front of the battle... 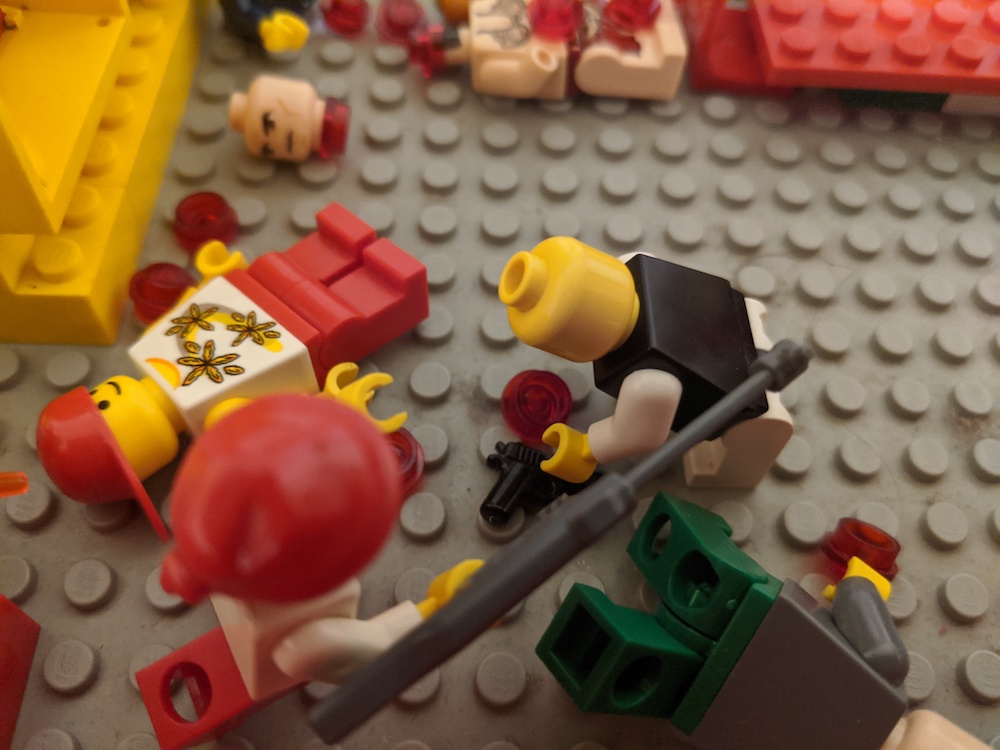 picks up a fallen pistol... 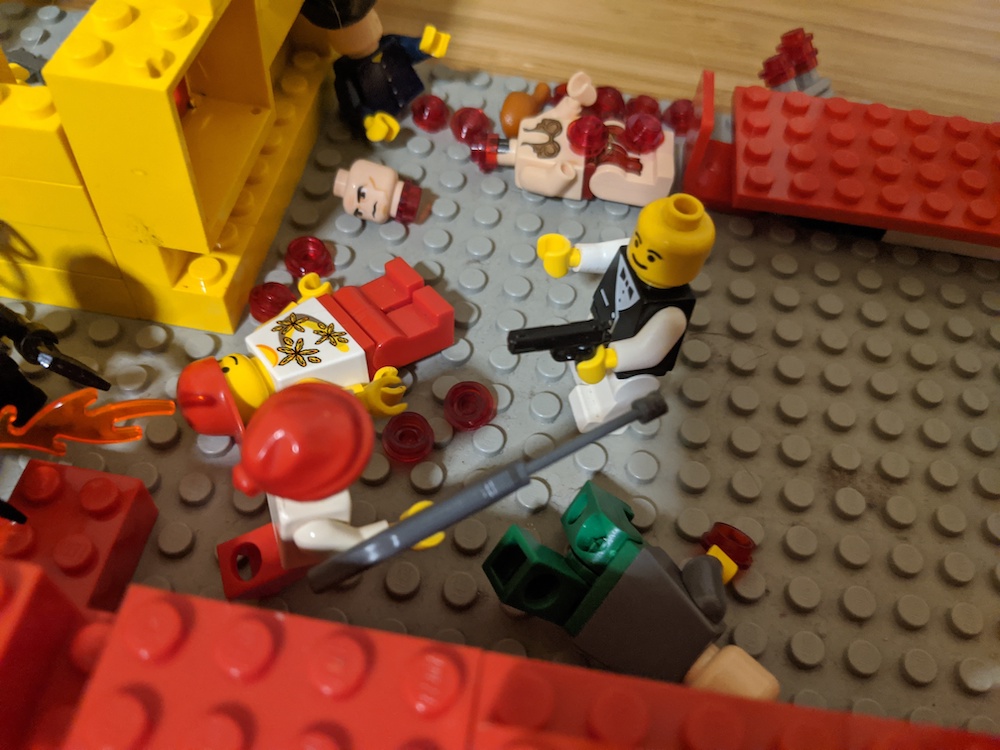 he takes a shot at rojo but fumbles and misses the shot. The rest of the police also fire but miss. 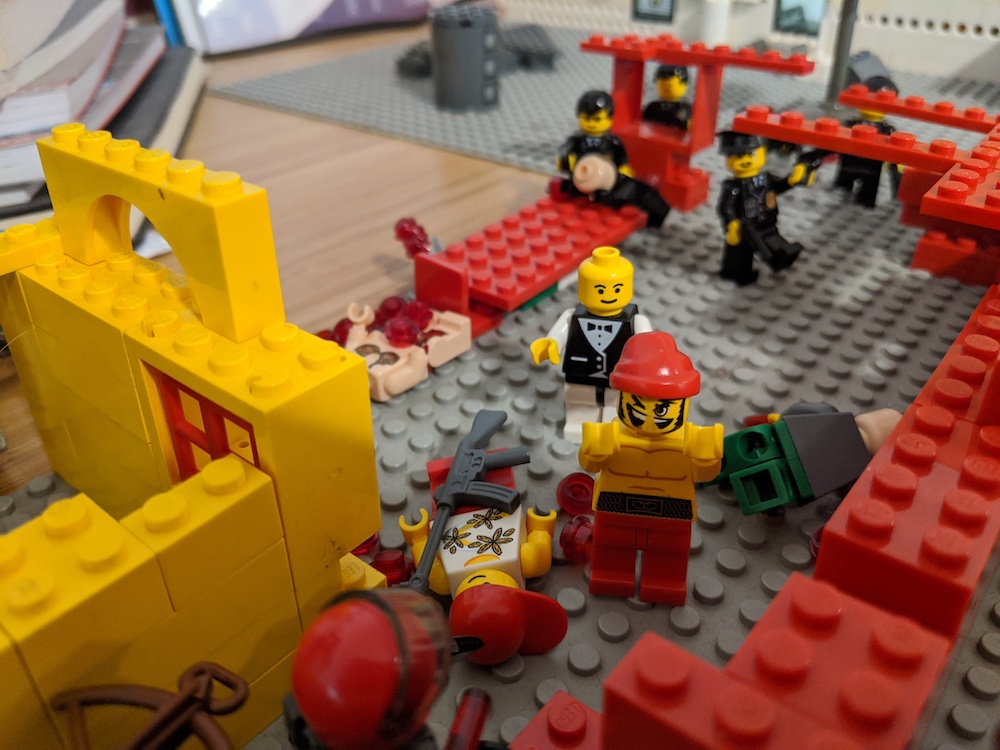 Unfazed by the attempt on his life, Rojo Lux Rips of his shirt to reveal his chiseled bod. 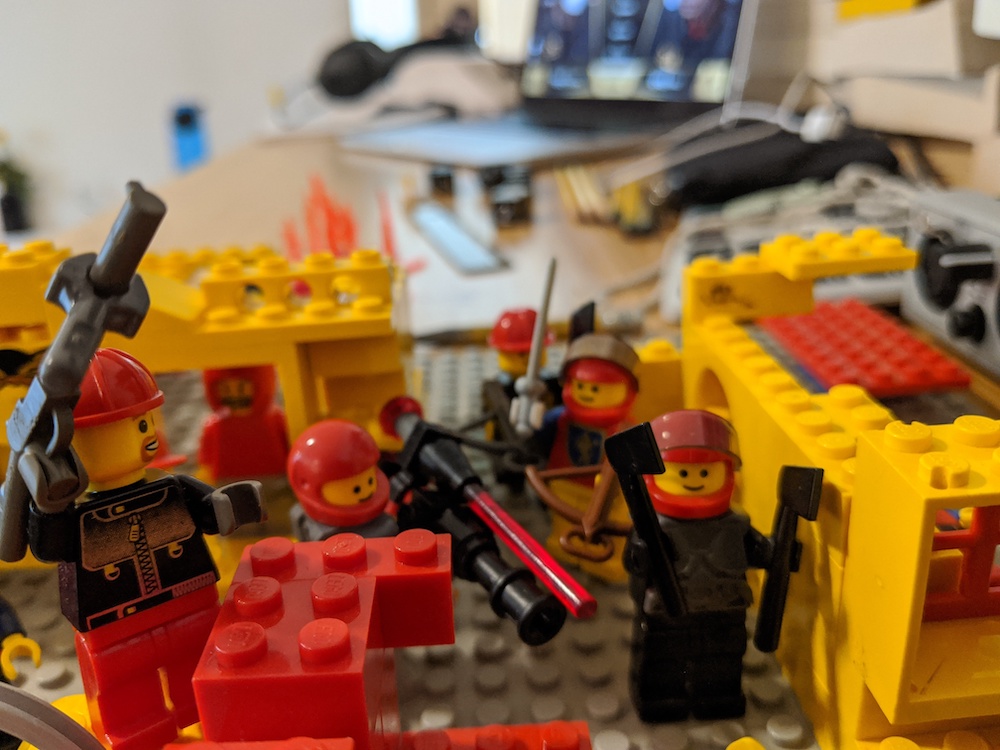 "YAH YAH! FEAST YOUR EYES COMRADES!! MY BODY AND IDEOLOGY IS STRONG!!"

The rest of the Revs, who were about to take the Gonzo's offer and try to kill Rojo, are whipped into a battle frenzy. They love Rojo! All thoughts of changing teams are banished from their minds FOREVER! 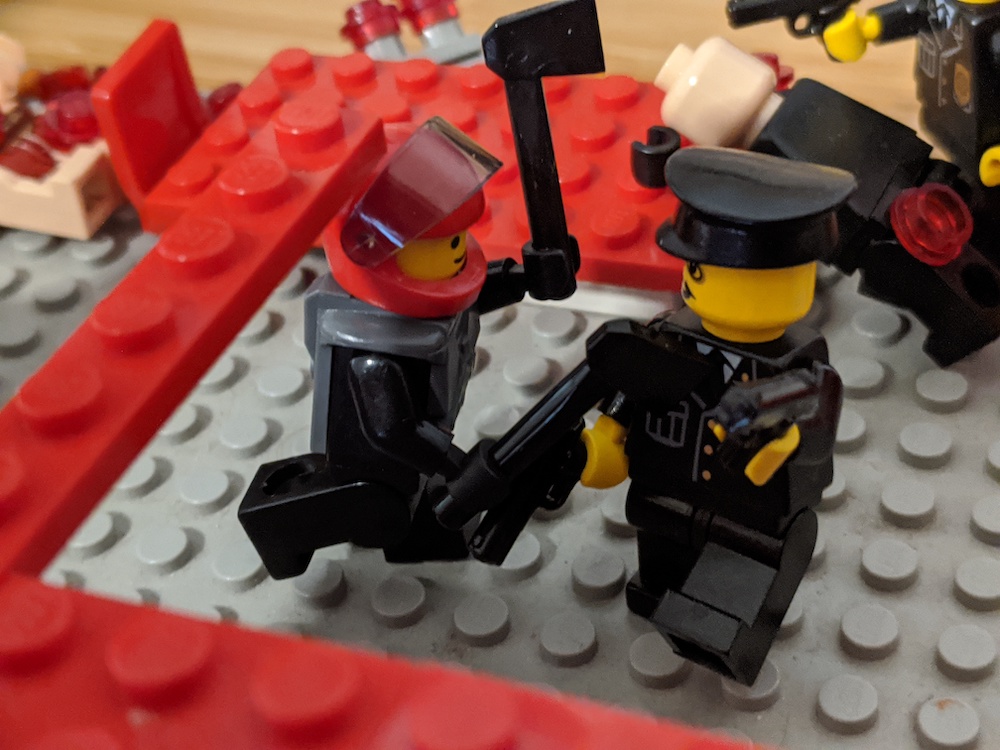 The Rev's charge into the police. This one takes a swing at the police chief... 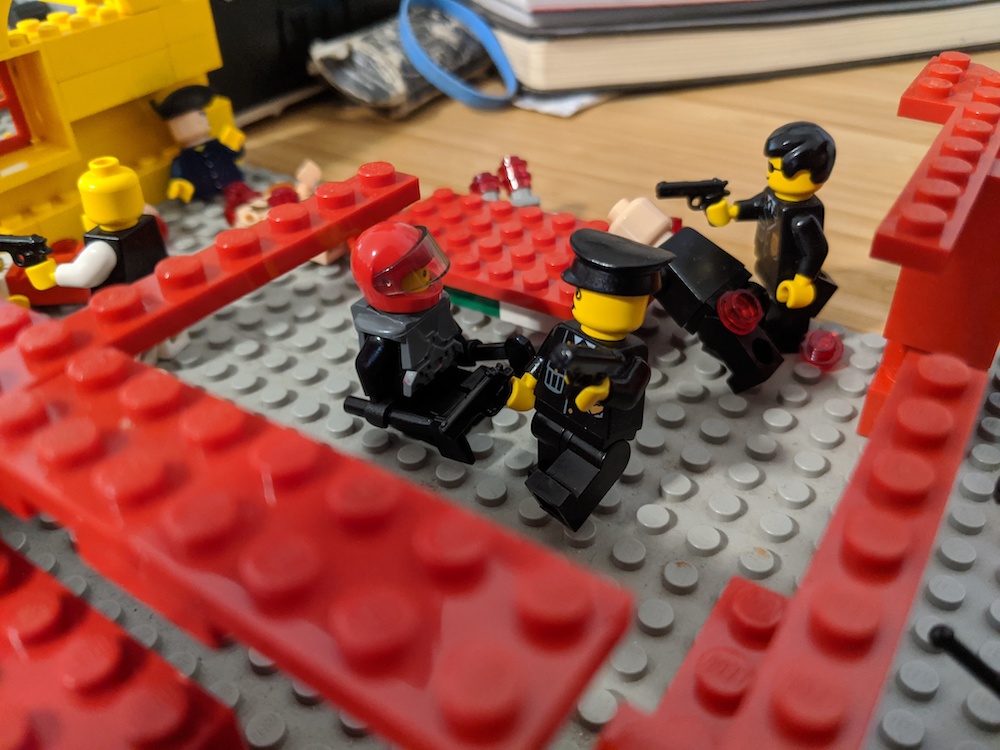 He critically fails, falling on his ass. He takes a moment to contemplates the life decisions which led him to this point.... ( disrupted ) 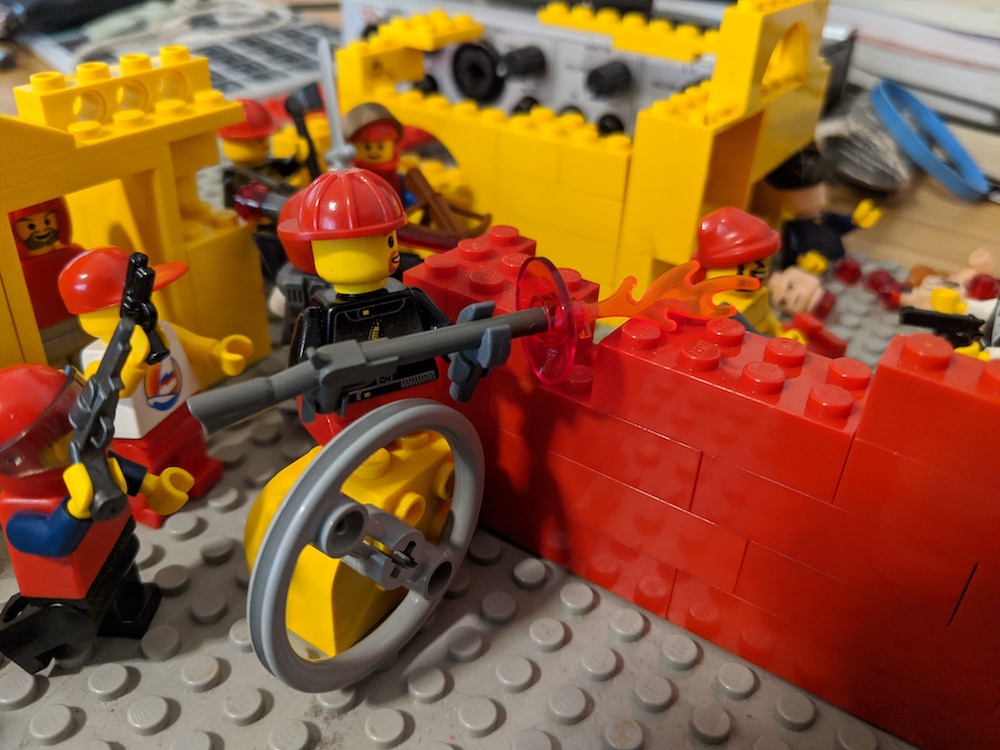 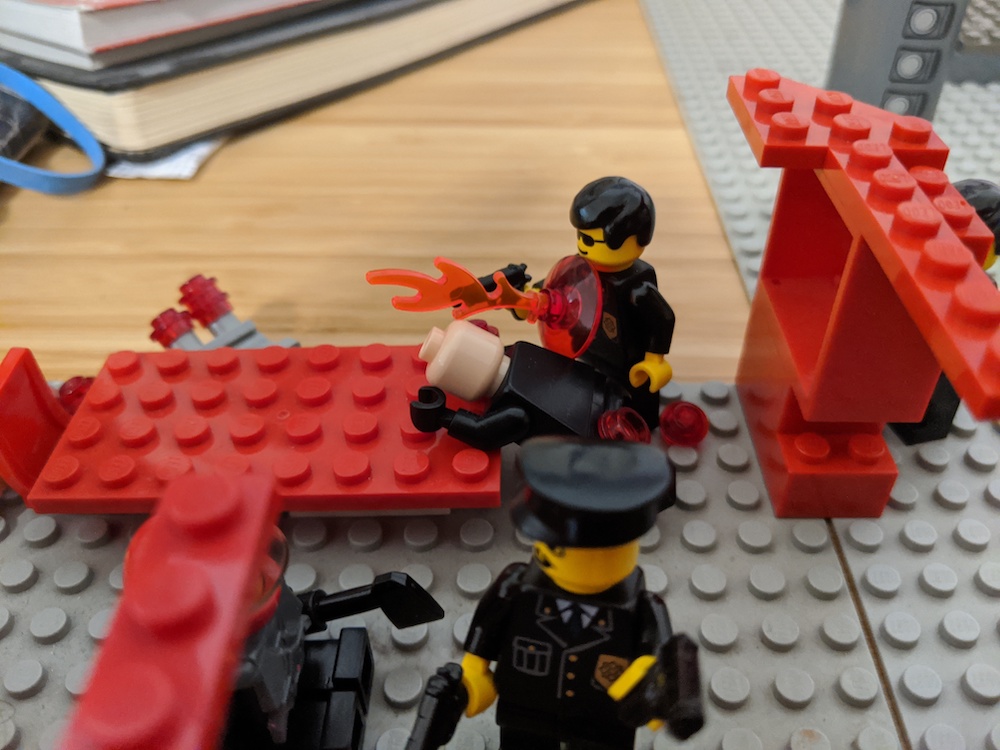 Another cop gets killed by the rifleman. 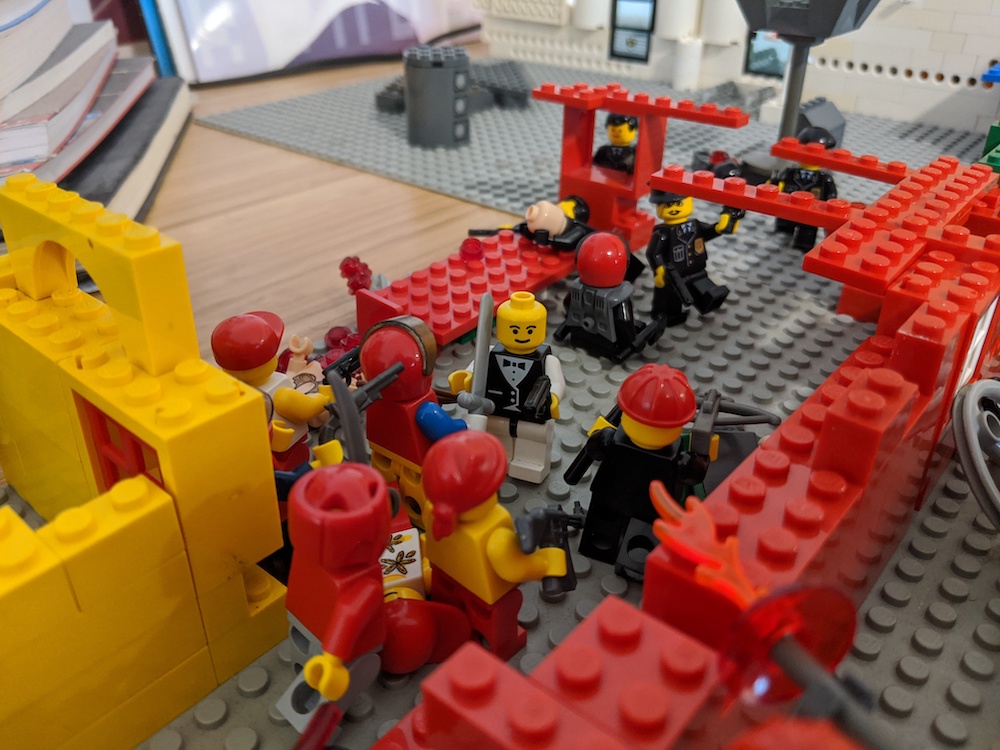 The revolutionaries push up and make more attacks, but no kills. 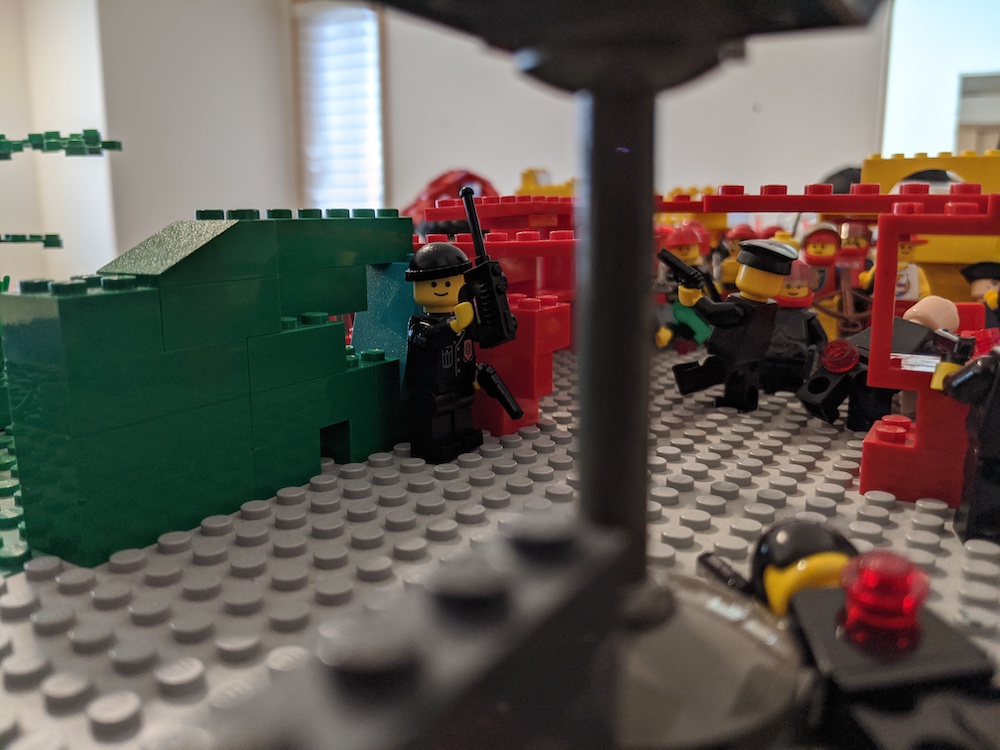 *CRRRKKKT* "This is the two-studs precinct ! There's a bunch of reds attacking the station! Requesting backup, over! *CCRSHHHT*

A mysterious voice answers the cop's call for backup. 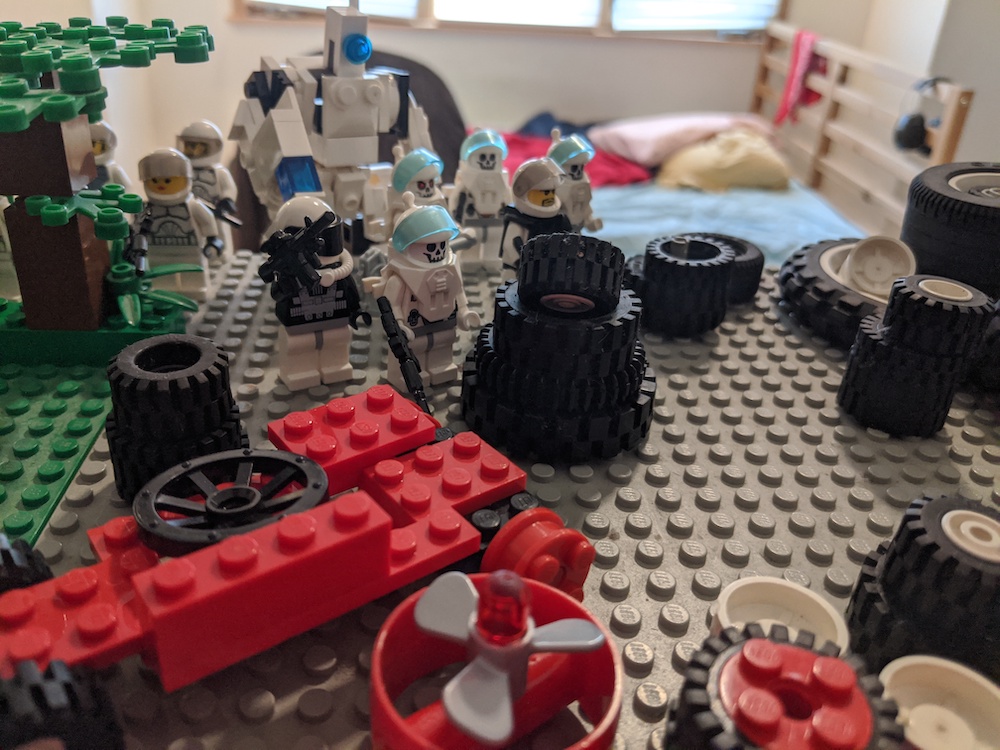 A squad of government special forces goons arrive....
Obectives: ??? (only known to motorhead fan, for now) 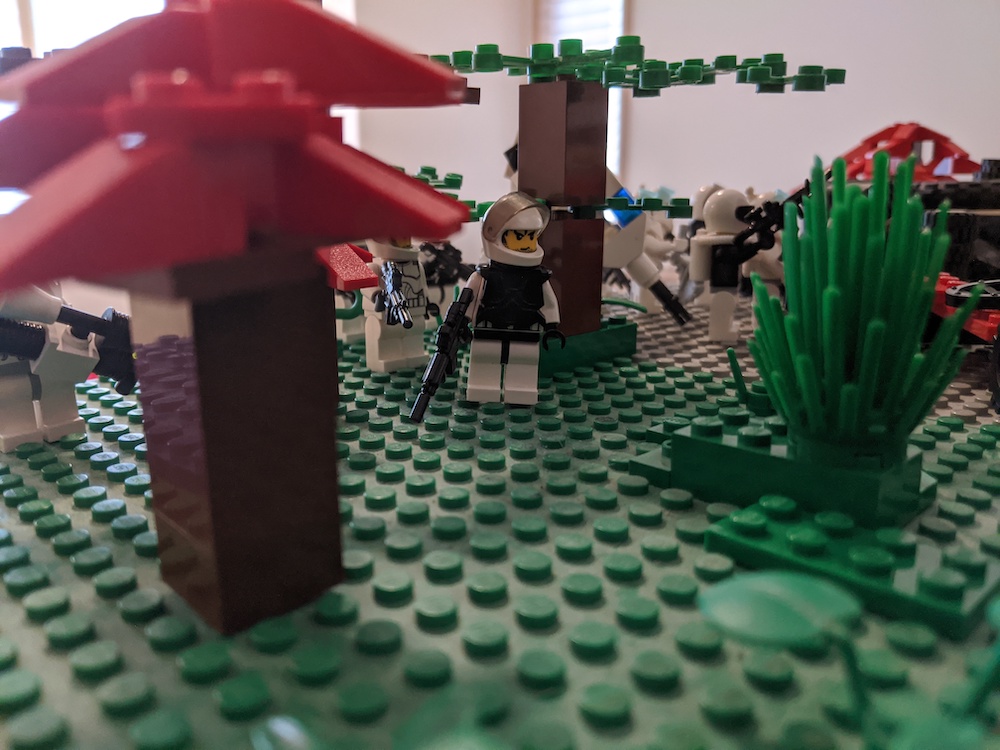 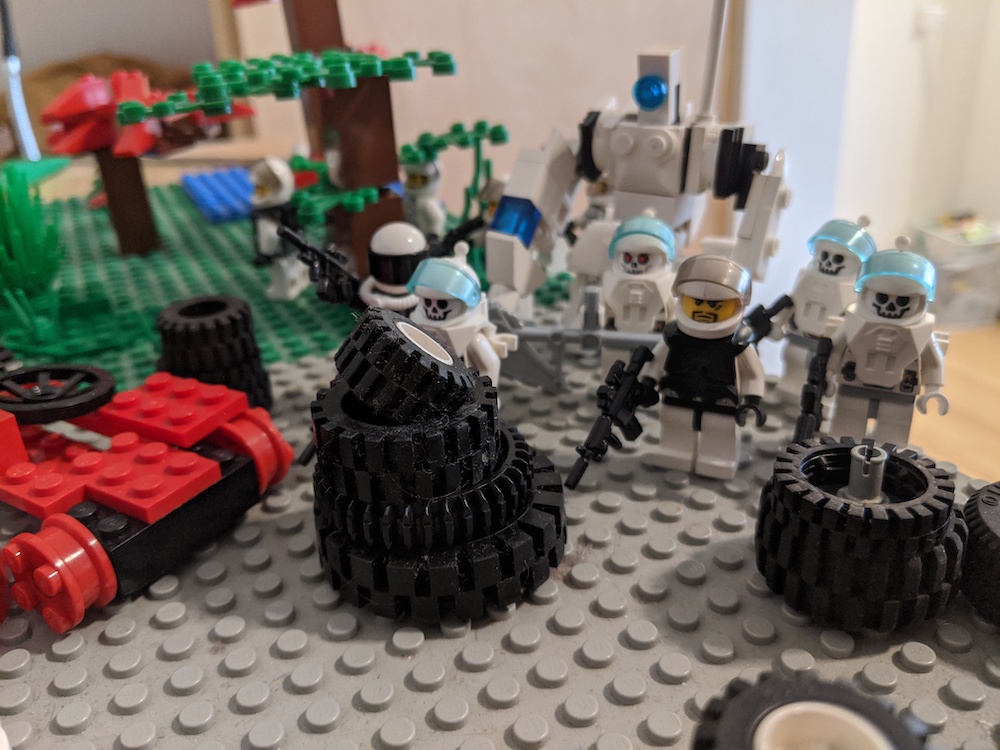 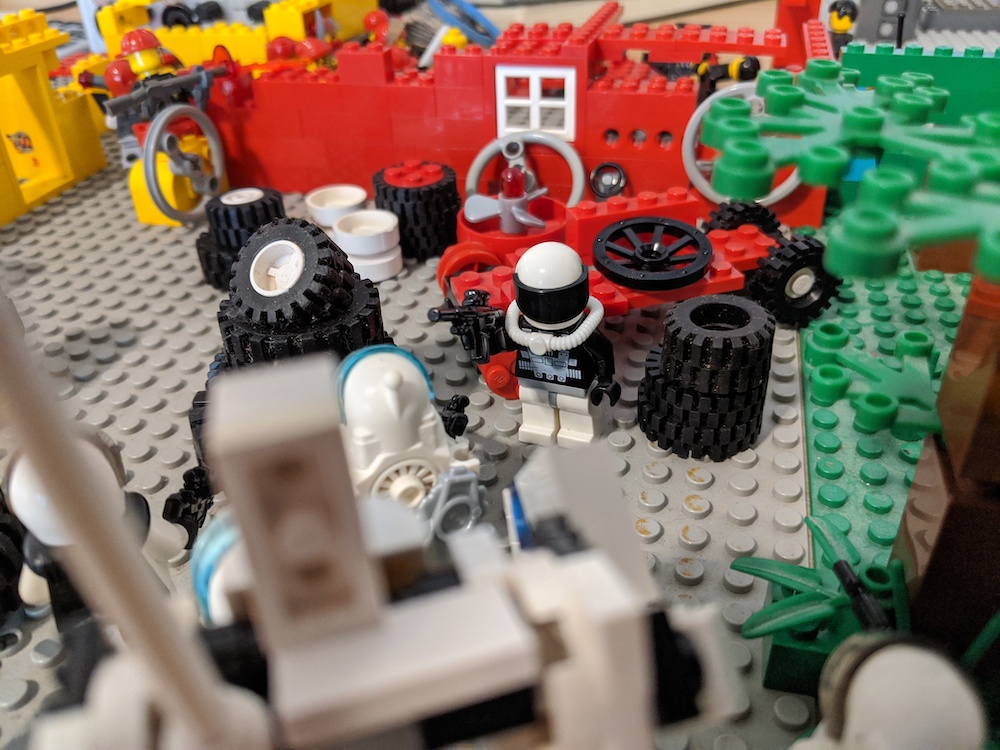 Led by the mysterious Talus Karst (HERO - "ACTION MOVIE SPECIAL FORCES CLICHE -- can only speak in radio jargon")
"copy that operators, let's keep this one clean, over. remember your training we're gonna get this mission, operation silent cross, done with by the books." 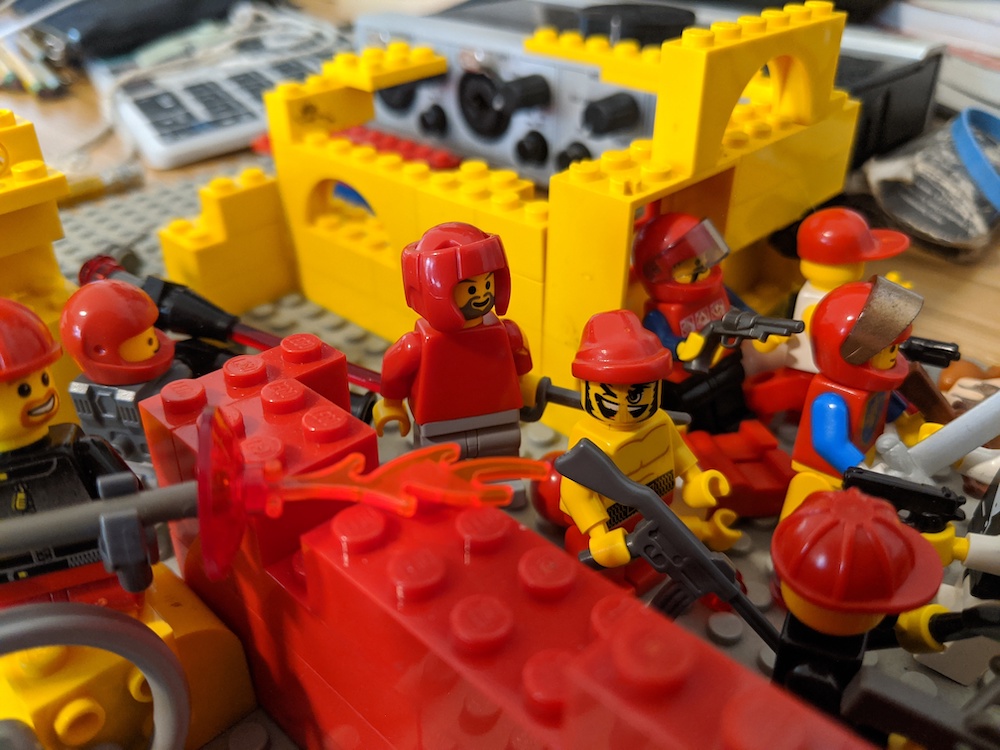 "Rojo! the special forces are here! What are we gonna do??" 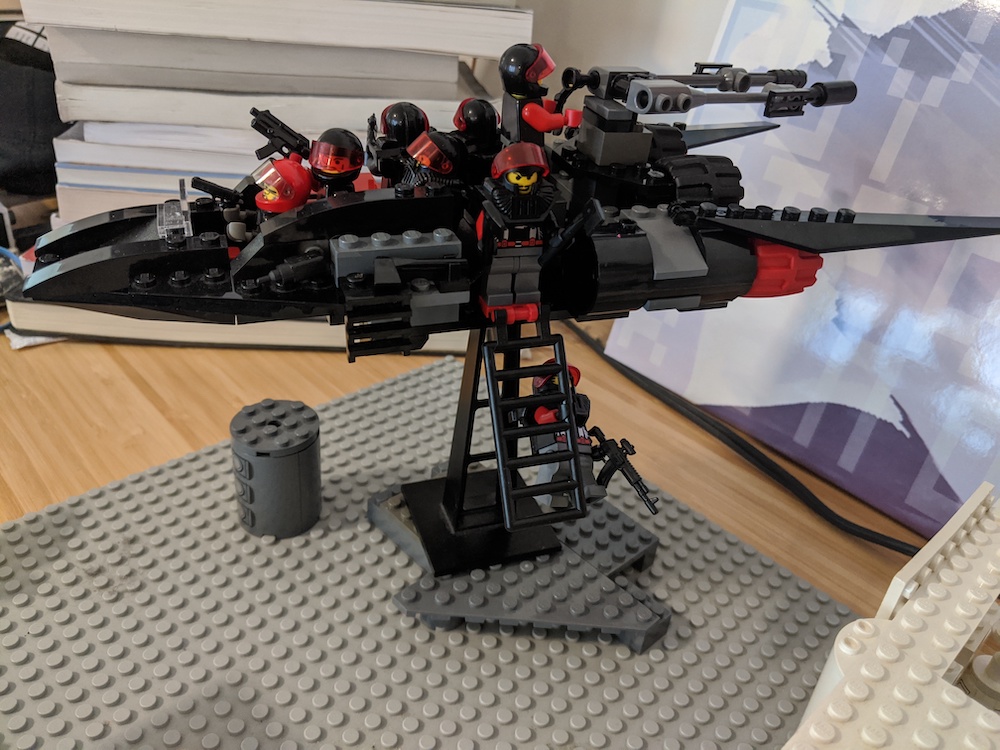 A hovercraft arrives. It's a squad from the Cool People's Army! They're here to help out the revolutionaries overthrow the government at the behest of their country. 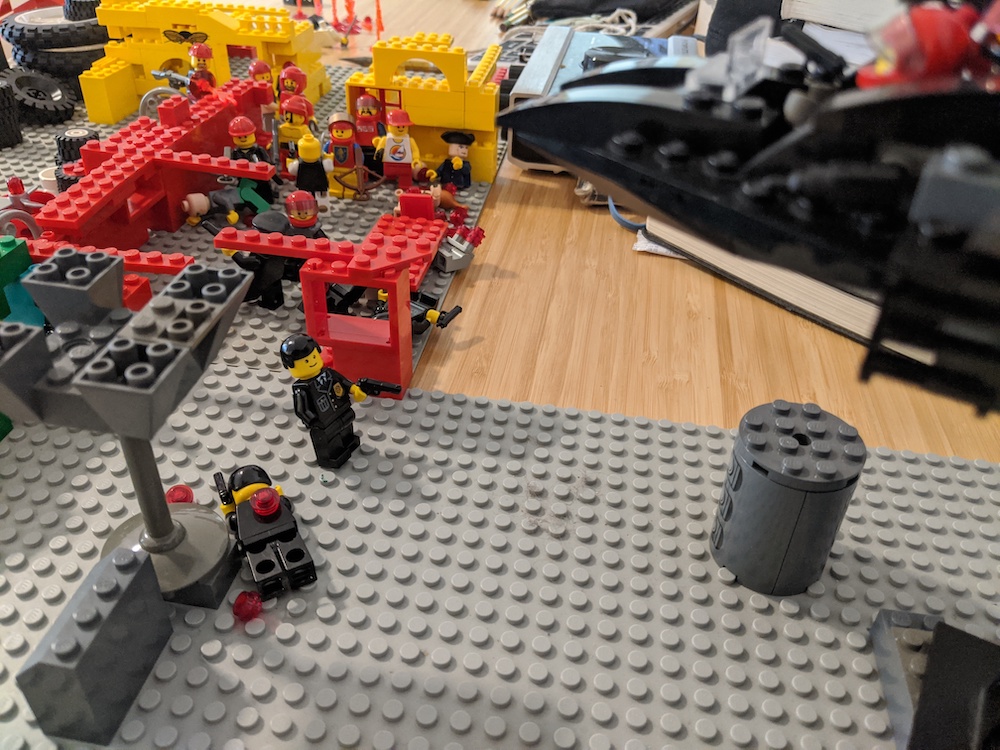 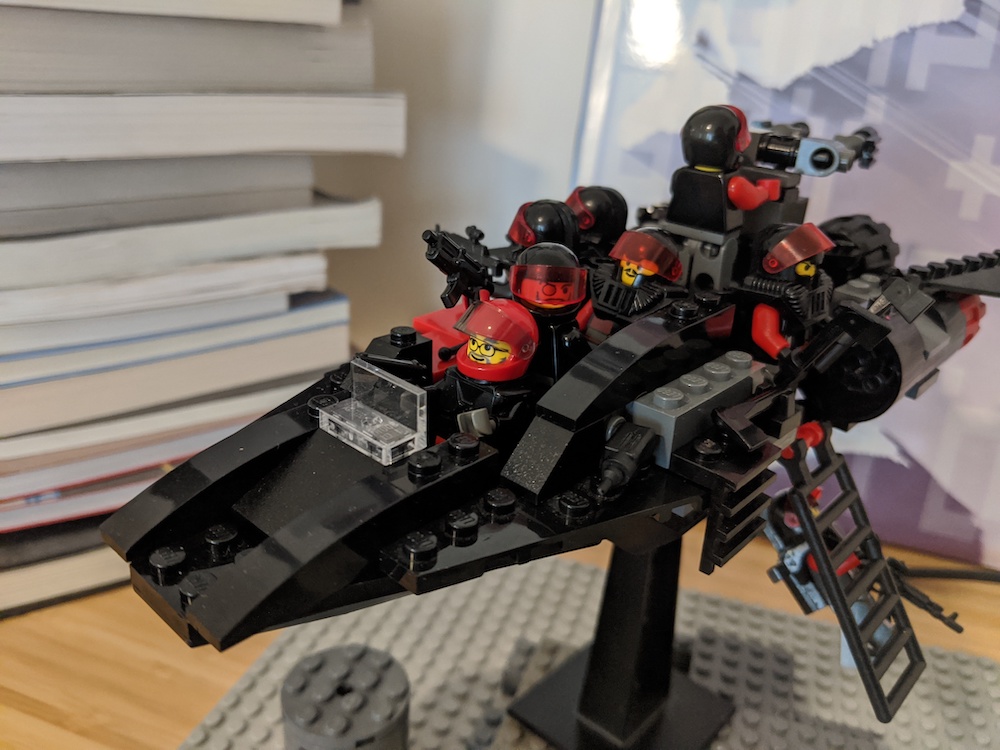 "AHEH HEH. These imperialist pig dogs do not stand chance against rad hovercraft..."

"Silence fool! We do not suffer egoists!!" 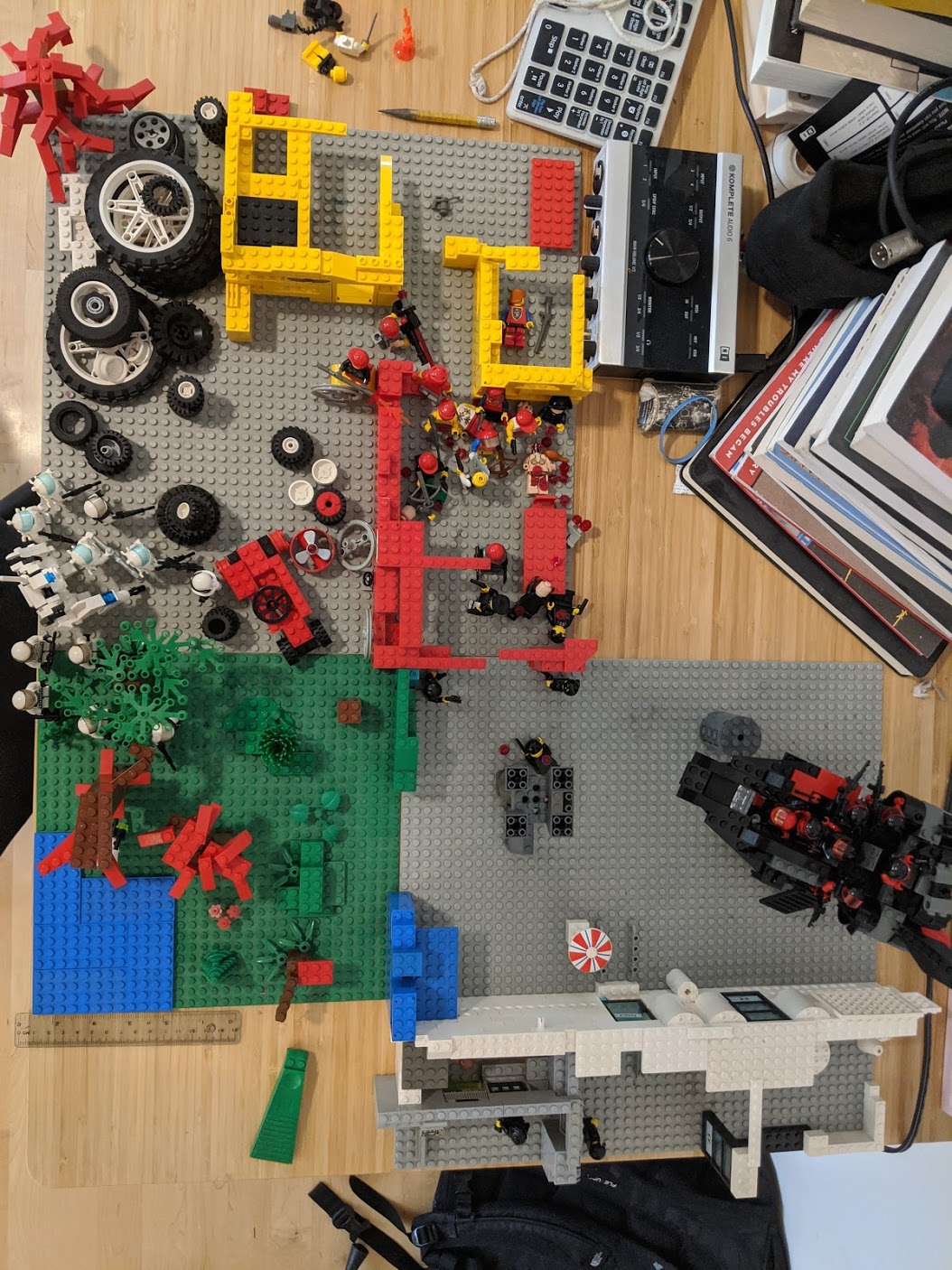 Alright! send in turn 3 orders when ready!! I should also mention now that the only building with a roof is the police station (Although I didn't build it out cause I wanted to be able to see in), meaning that the hovercraft CANNOT land in the police station or fire down into it. unless the blow up the roof first. On the other hand all the other buildings are destroyed and don't have roofs.)
Top

Are government on my side?
The most dangerous enemy you can fight is a man with nothing left to lose

That is the million dollar question isn't it my friend?

still nothing from FALK. if anyone wants to take over for hi, lmk. otherwise I will have to end this forum battle.
Top

Just NPC him. Make his men attack the nearest target or something.
The most dangerous enemy you can fight is a man with nothing left to lose