Humans are stubborn, able to somehow exist in all sorts of different conditions. Across the northern seas from the continent of Studonia is what most would consider a frozen wasteland, but to the Vikings, they prefer to call it their home. They live with the cold, and to an extent, the cold lives with them. It has become a part of them, and it aids them. There is an innate desire amongst the Vikings now to spread that cold, and plunder. They’ve become skilled at sailing, which means they learned to sing rowing songs. They’ve become so methodical with their songs, that some have even learned to use their voices to shape the world around them. Vikings are no fans of dragons, for dragons breathe fire, which melts the ice that they must spread. Instead, Eternal Winter should be brought about, but they are not sure how. It probably involves a lot of warfare and drinking though, especially where they've heard people on Studonia are starting to worship fire or something. That's like the opposite of ice and cold! 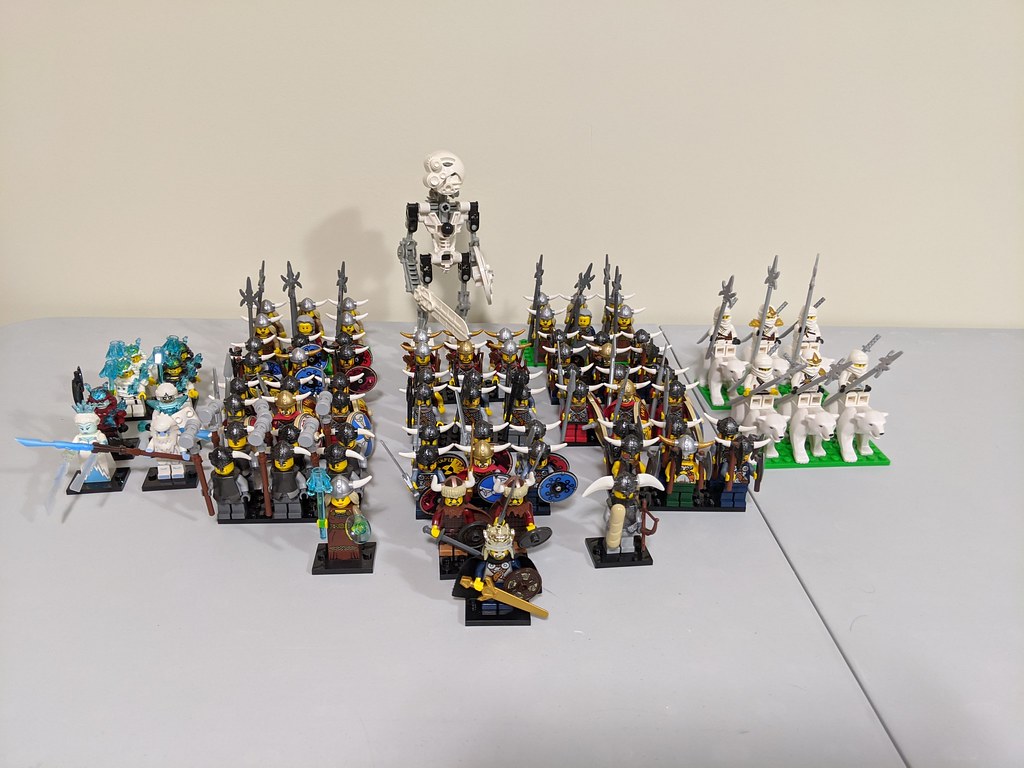 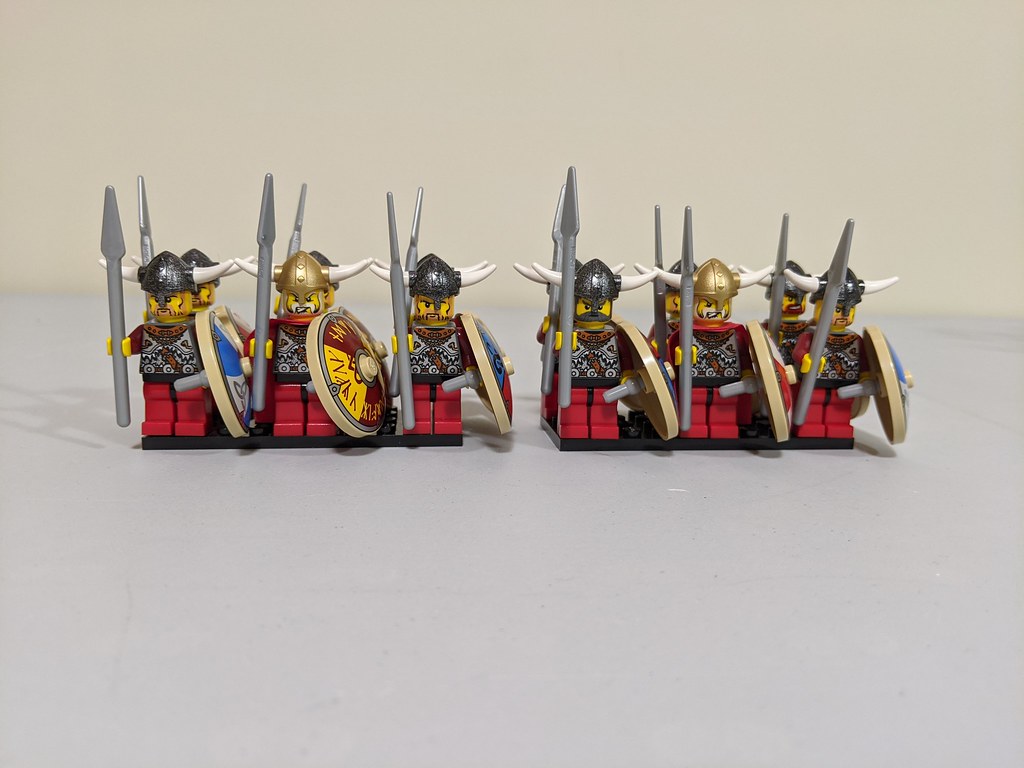 Vikings are well known for their shield walls, as such it should be little surprise to see them form one. 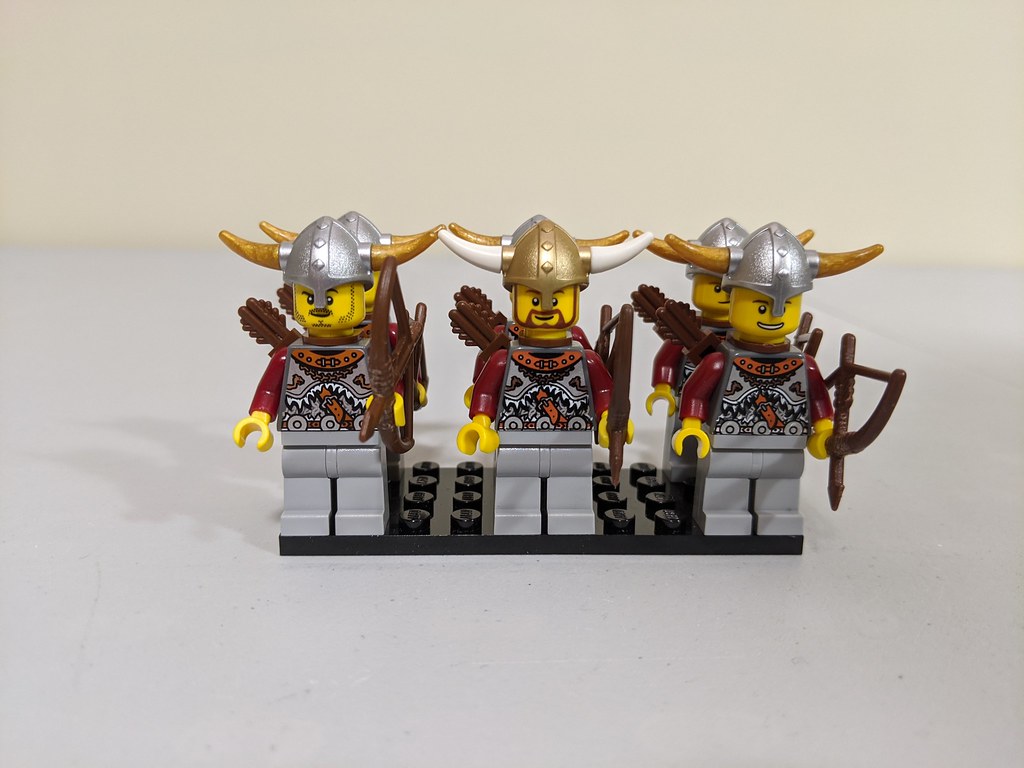 Contrary to first impressions, Viking Archers are actually fairly well respected amongst Vikings, the only reason they don’t have as many is the amount of time that must be devoted to training as an archer. It’s a tradition that every year all the nine year olds are tested for who shows the most promise as archers and then those are selected to train. This is highly sought after since it means getting out of some of the more undesirable chores. It is not hard to convince an eight year old Viking to eat their carrots. 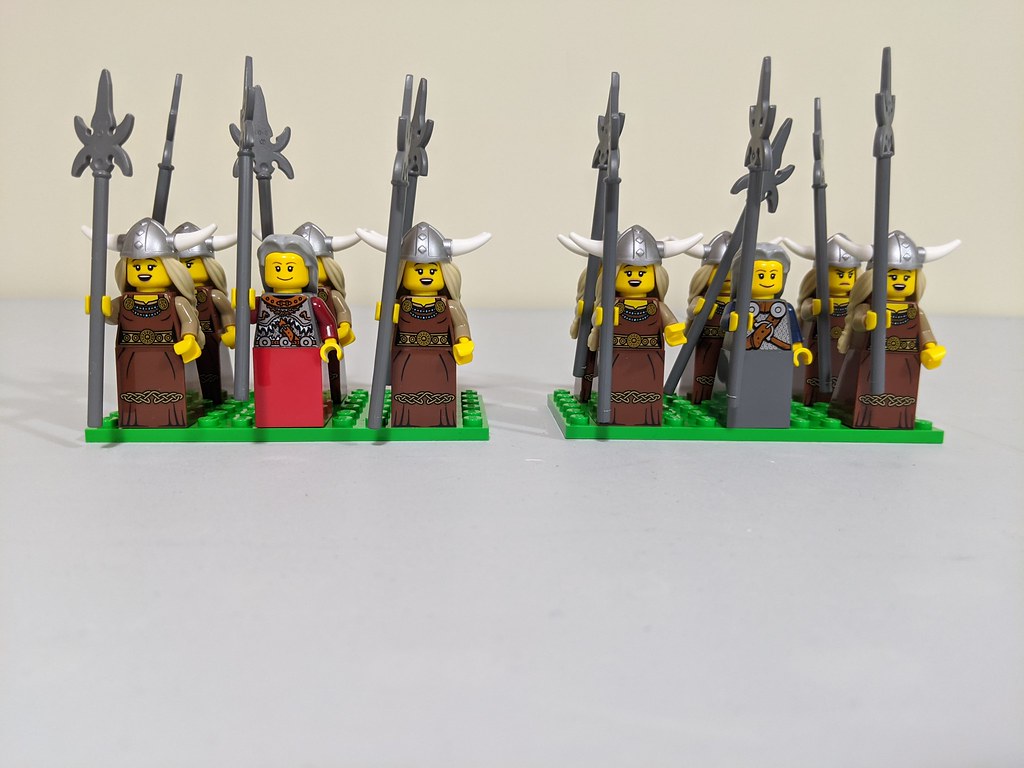 The Vikings have a proud, almost orc like tradition of trying everything to an extreme. As such, they have come up with a completely crazy invention: A really long two-handed spear. When they discover that this innovation is shared by basically every army ever, it will merely fuel more berserker rages. Now they just insist that everyone they encounter merely copied their long spear idea. 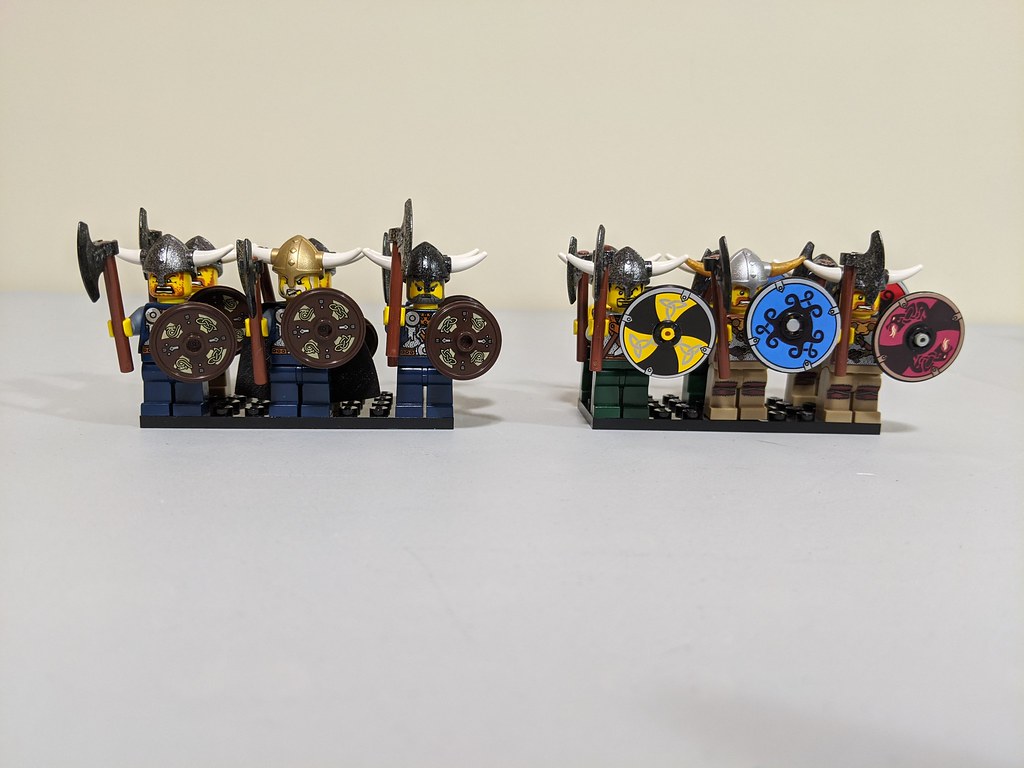 The absolute standard Viking warrior: An axe and a round shield. Don’t call them boring though, that’s how you get your nose cut off, along with the rest of your head. 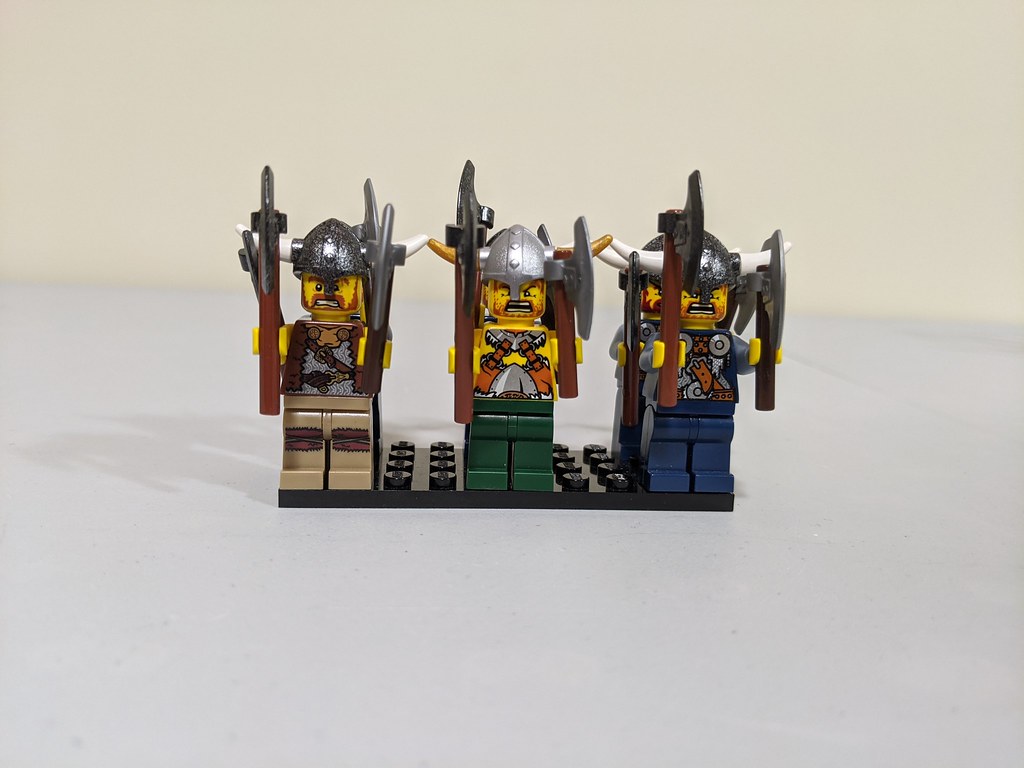 Viking Berserkers are particularly good at fighting enemies using shields, since they can hook the shield away with one axe and chop their face in two with the other, all the while laughing off otherwise fatal blows due to the rage. 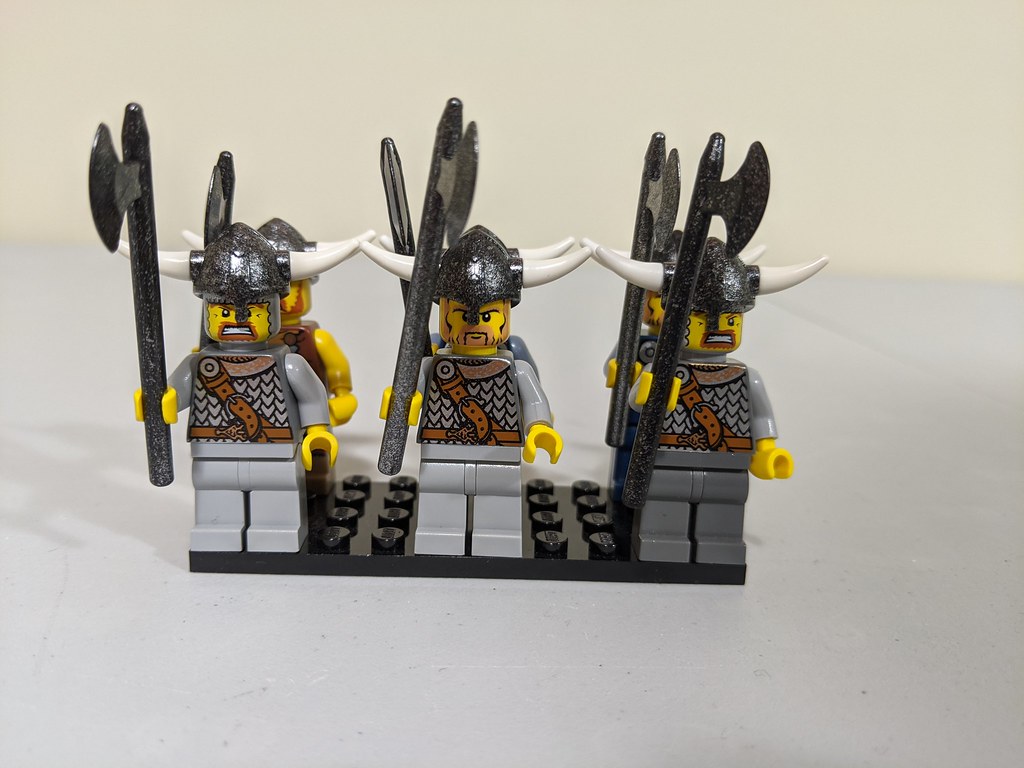 Sometimes, you just really want to be able to have a second hand free to get that little bit of extra power on your axe cleave. 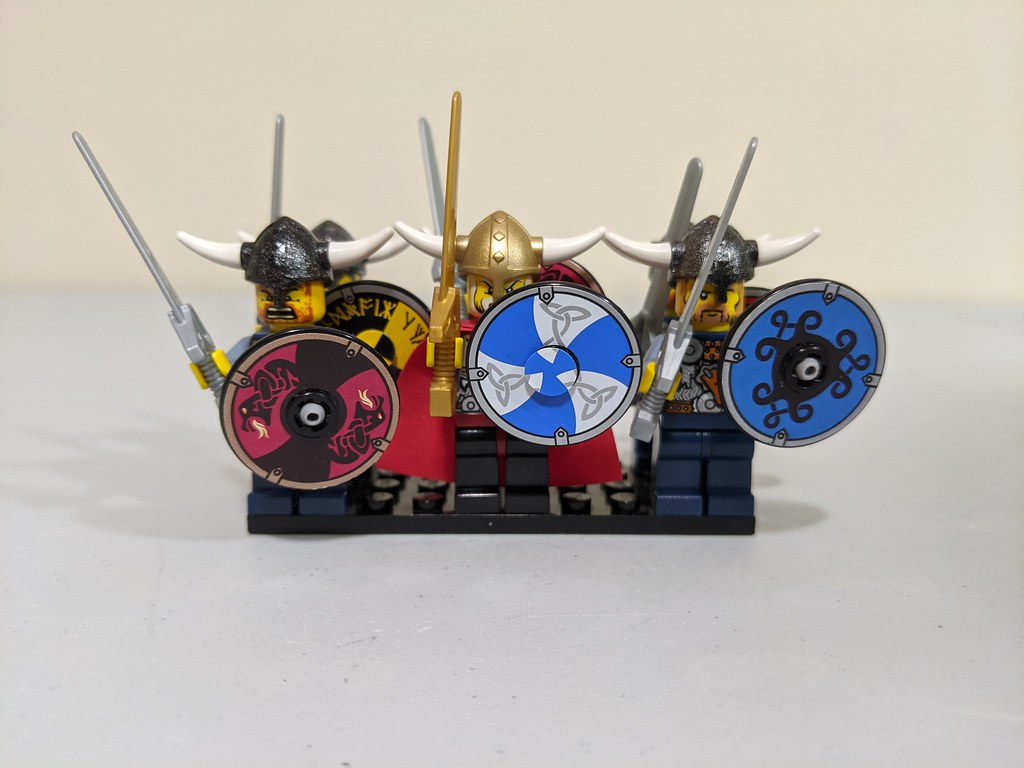 Some of the wealthier Vikings can afford enough metal to make swords. Vikings don’t have time for the fine, dainty swords. They use swords that are heavy enough to crush you. 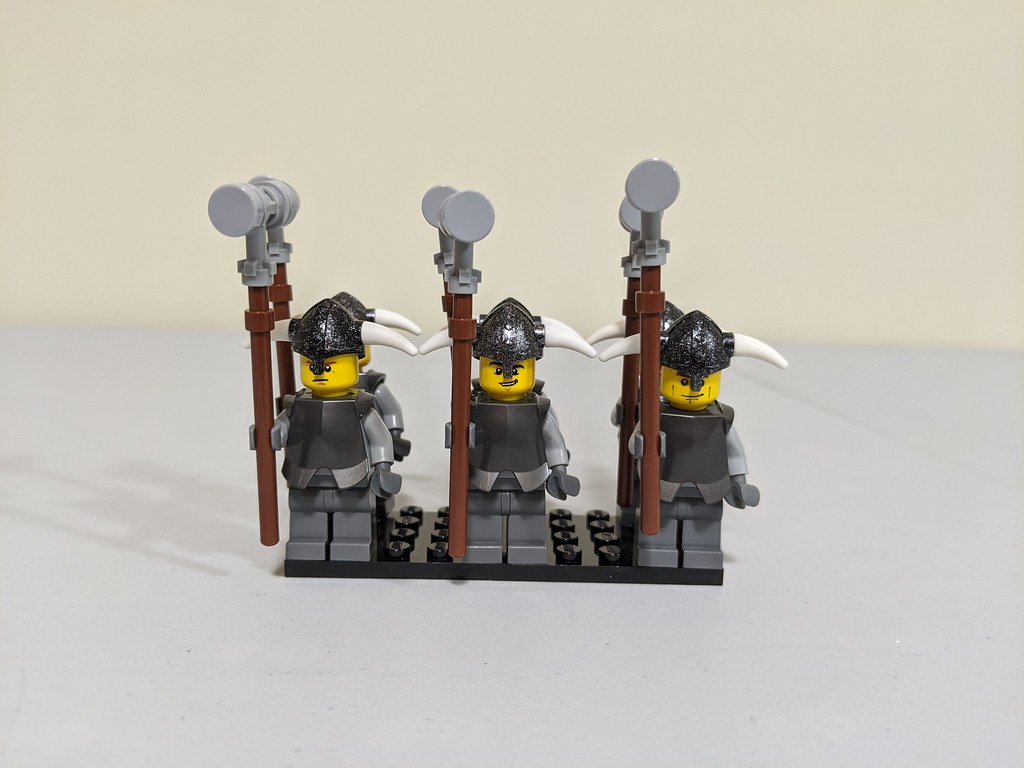 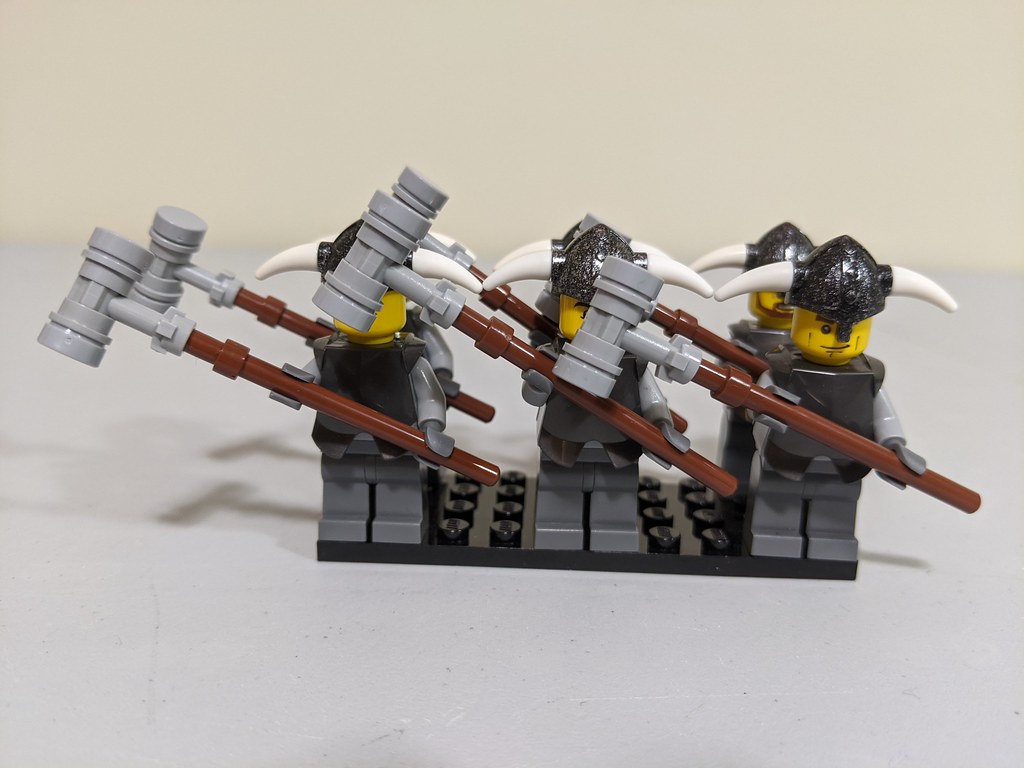 One of the more bizarre talents of some Vikings is the ability to actually project their voice into a force that can very briefly stop an enemy charging them. Those who have this talent are given heavier armour and big hammers. The most common tactic is to use their voice to stop enemies who are charging them, then hammer them into the ground during their momentary daze. 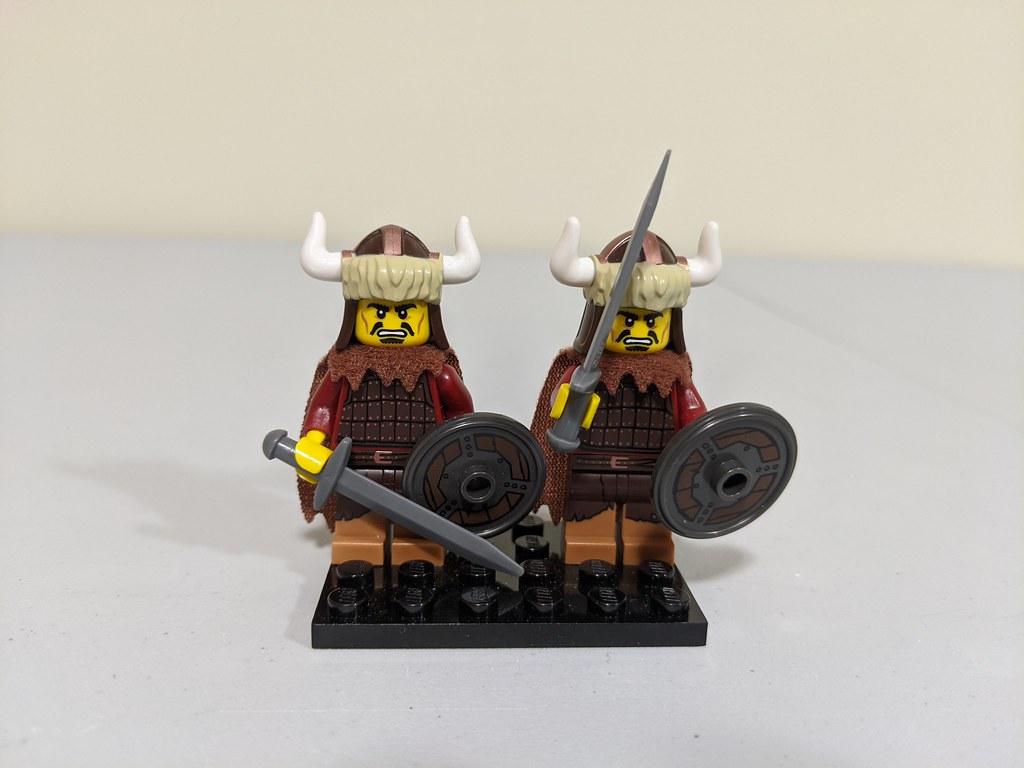 One of the most important things Vikings do is launch expeditions, and on these expeditions they need someone who is so used to dealing with the boat to the point that they are essentially one with the ship. The Shipmasters truly live up to their name, and the experienced ones can sail through just about any conditions, even in combat. 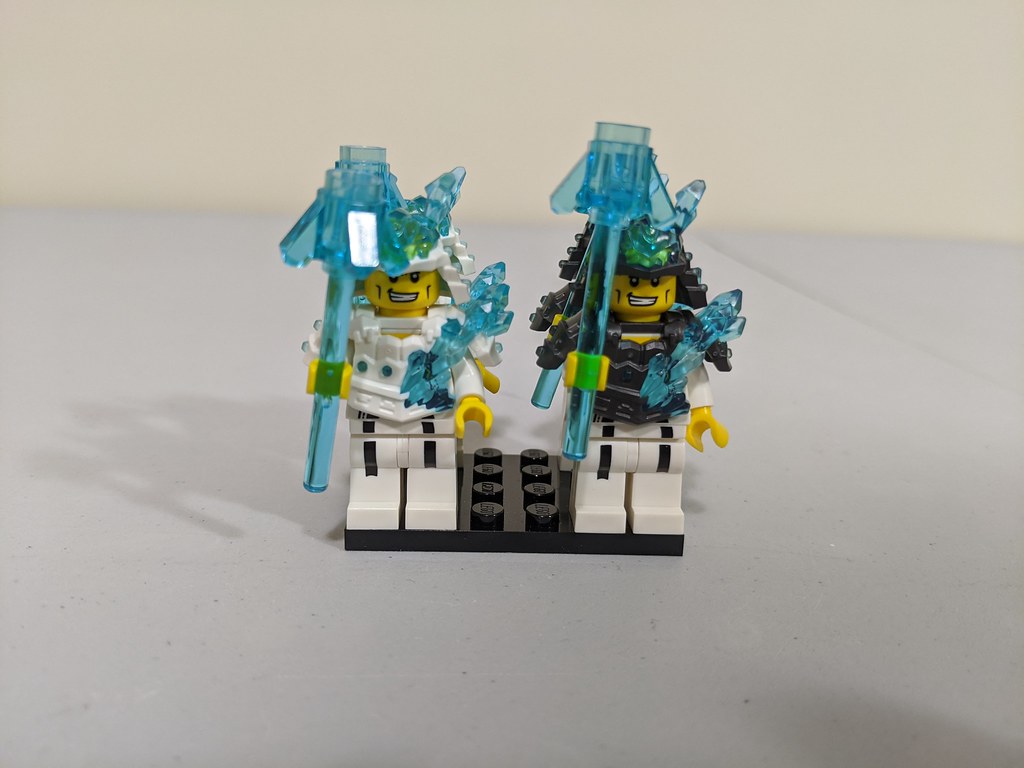 Vikings have developed a strange relationship with the cold. Some even have the ability to weave it into a weapon, armour, or healing. 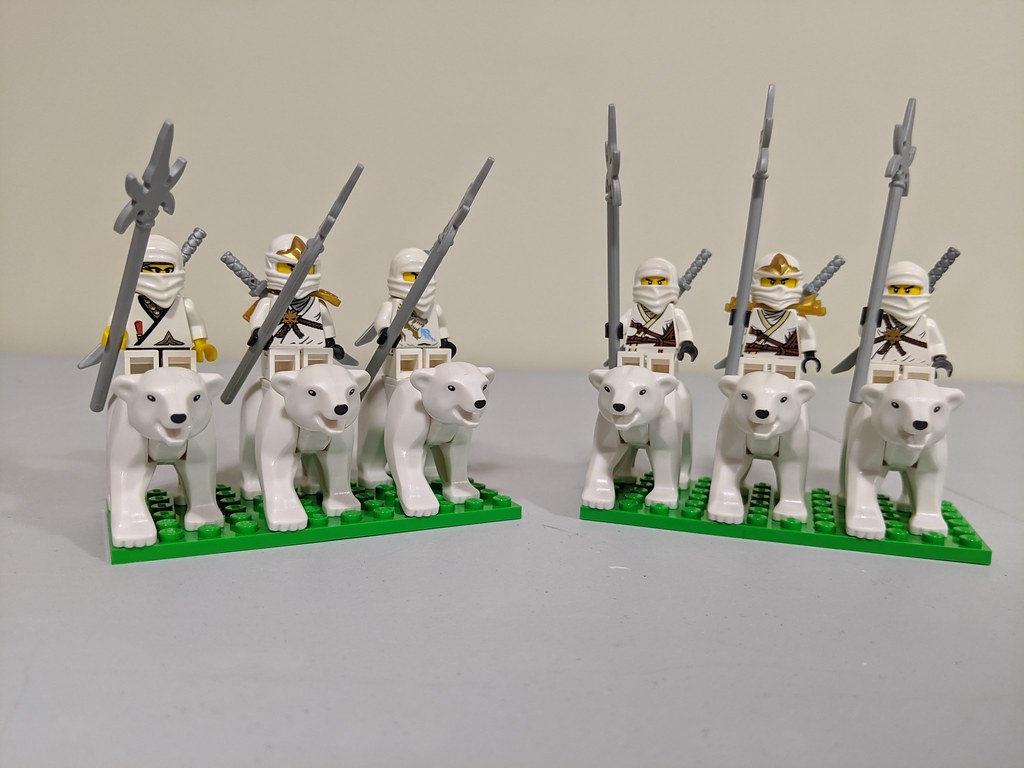 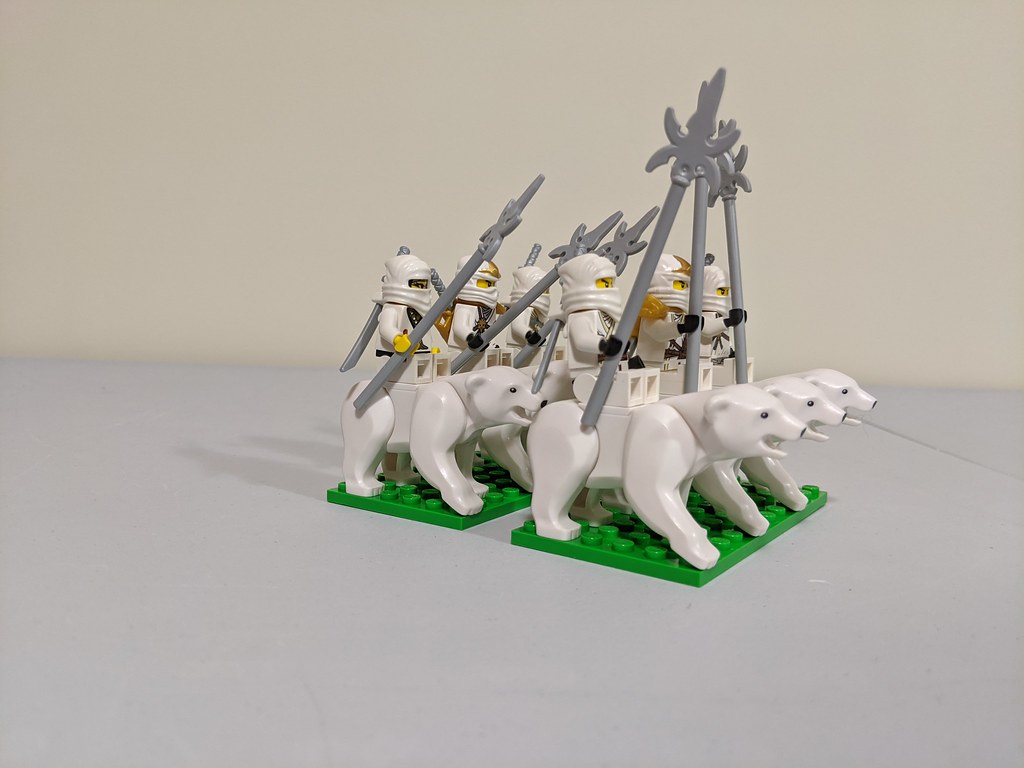 On one of their expeditions, Vikings encountered someone riding a horse. Naturally, they got jealous. Also naturally, they don’t have horses. So they went with the next best thing. Polar bears. Instead of using docile, herding herbivores, they went with grouping up apex predators. Somehow, this worked. But only if the riders aren’t to heavy, because then it annoys the bears. So when torn between the option of not wearing armour and being vulnerable to attack from anyone crazy enough to attack a polar bear or wearing armour and themselves being attacked by said polar bear, the choice was surprisingly easy to make. 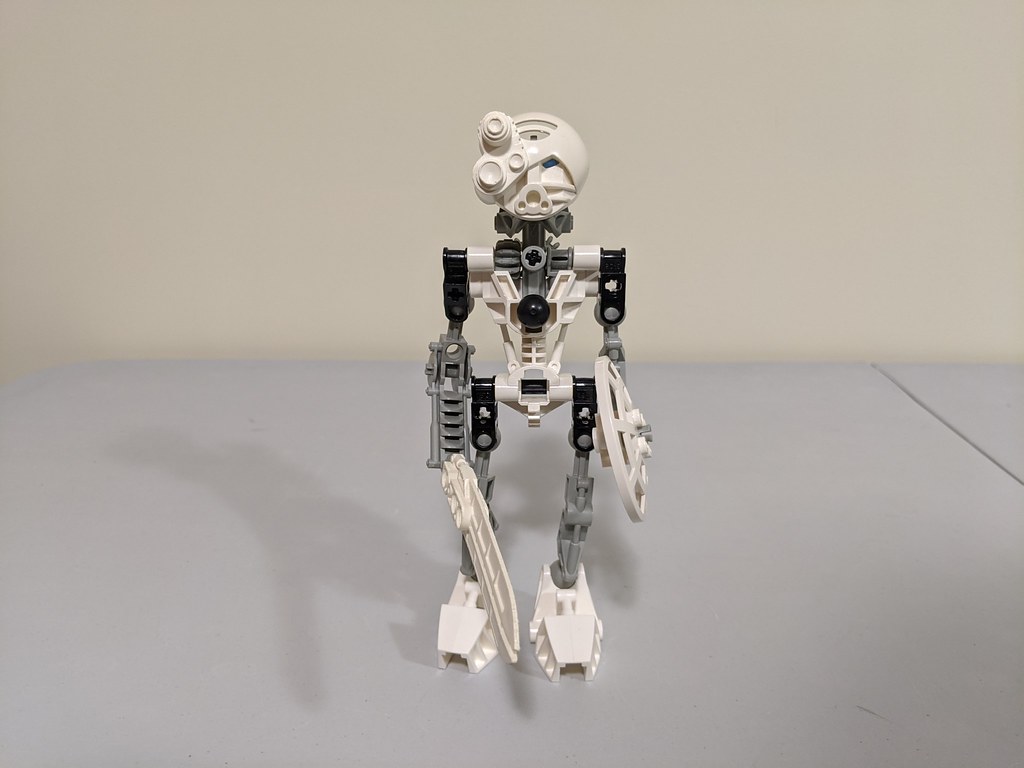 There are other things out in the frozen wastes the Vikings hail from. Some very big things. That sometimes decide to join them. Like Frost Giants. 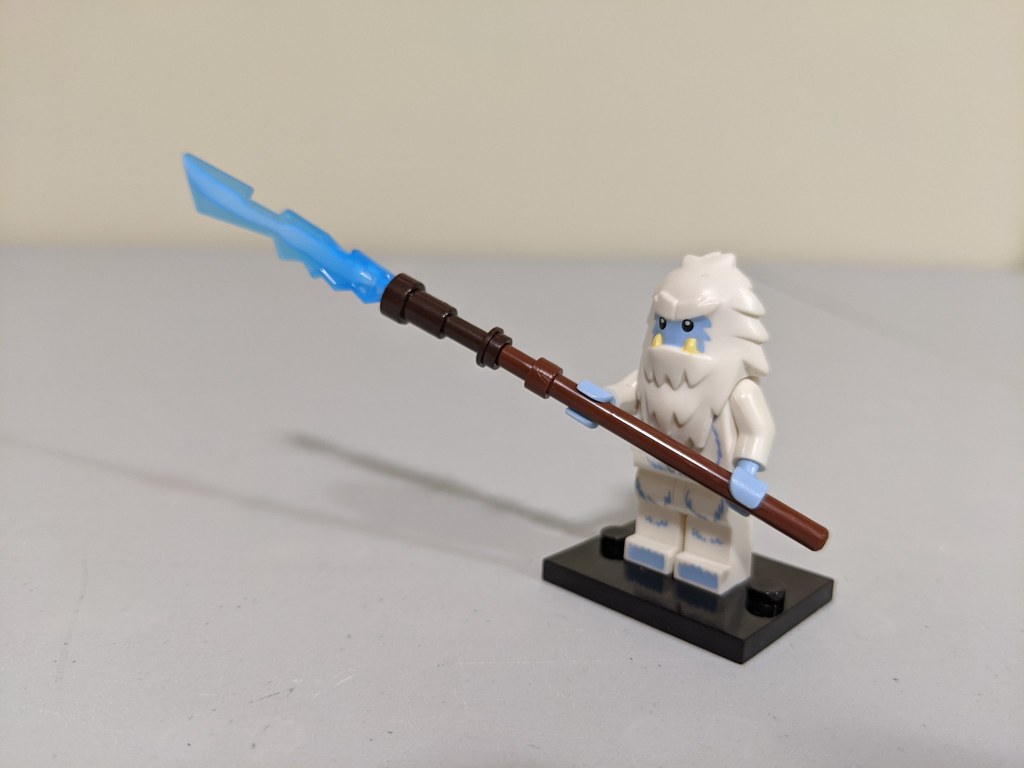 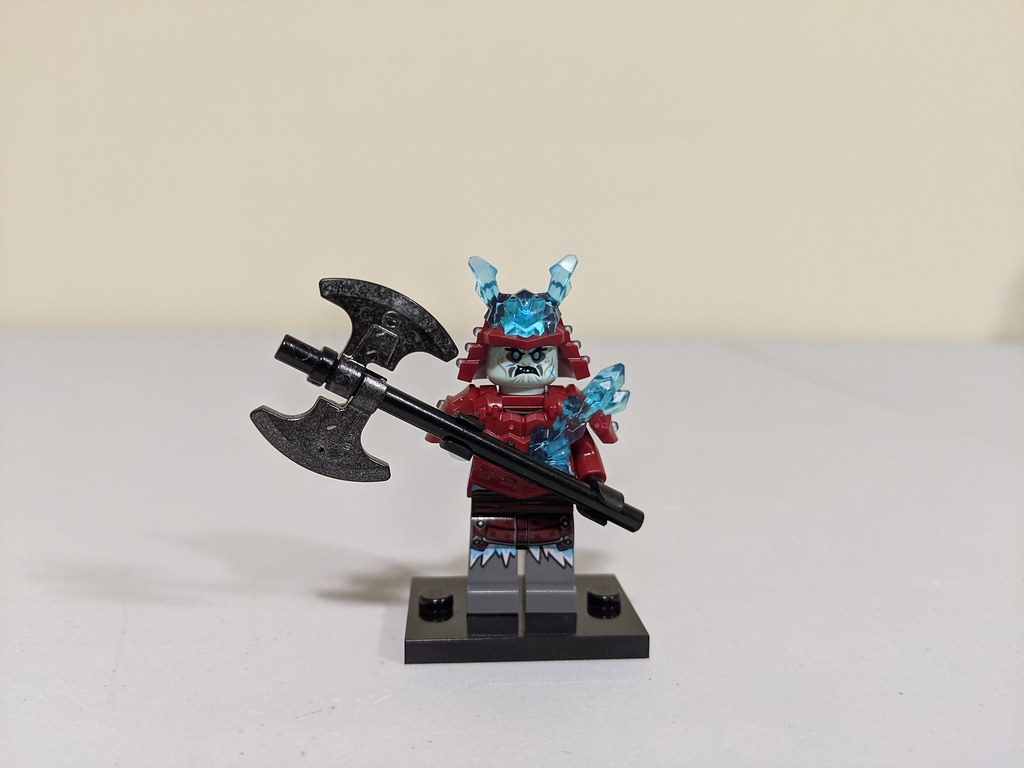 Sven was once a regular warrior, until the adventurer he was following forgot about him and he got left out in the snow for months. By the time he was found, he was still standing waiting for instructions saying “Need something?”, so they brought him back to civilization and he still hasn’t thawed out after several years. But at least he has a big axe. 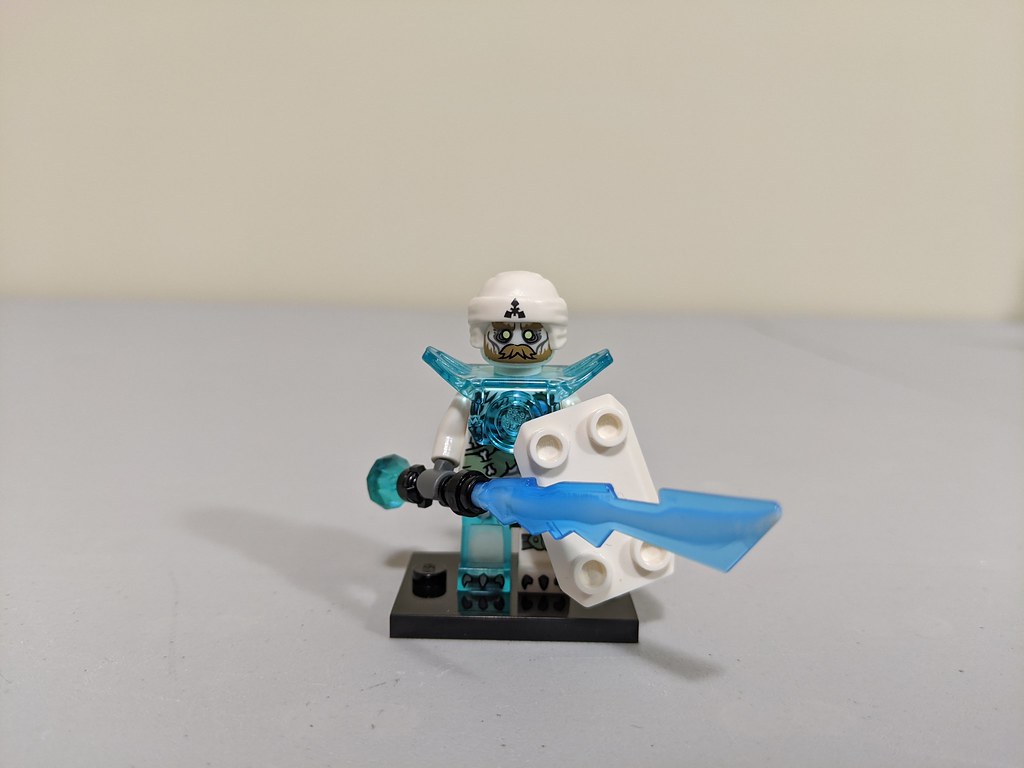 
PRISONER - Cliche: The Protagonist from that one game that all the memes are from 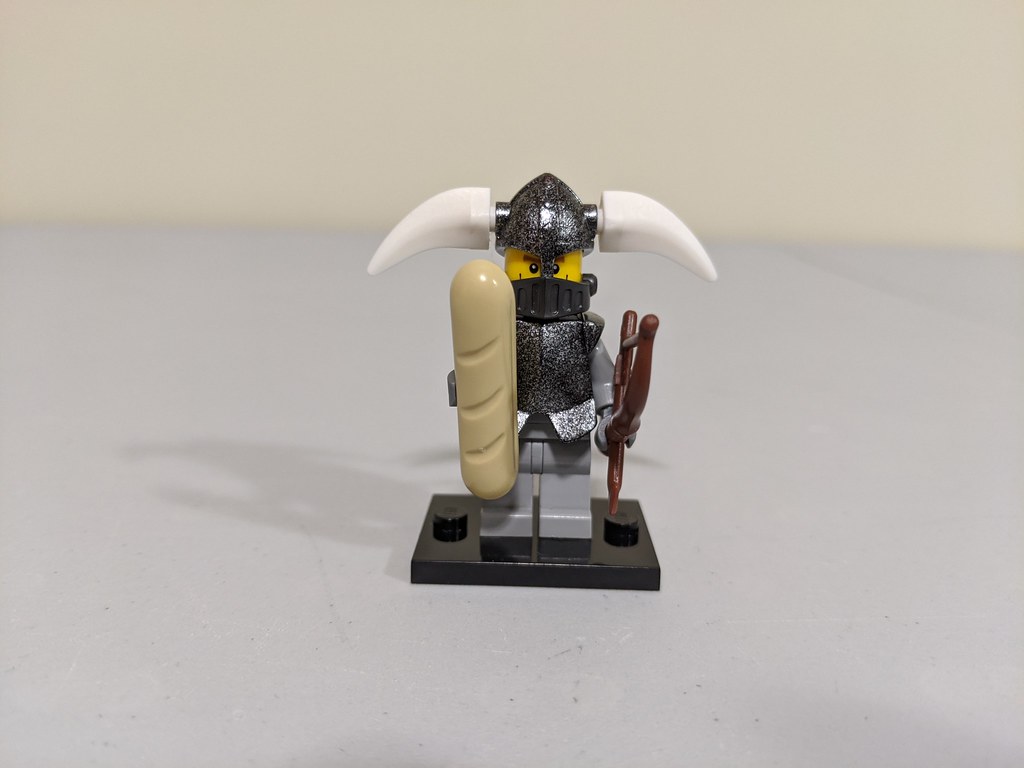 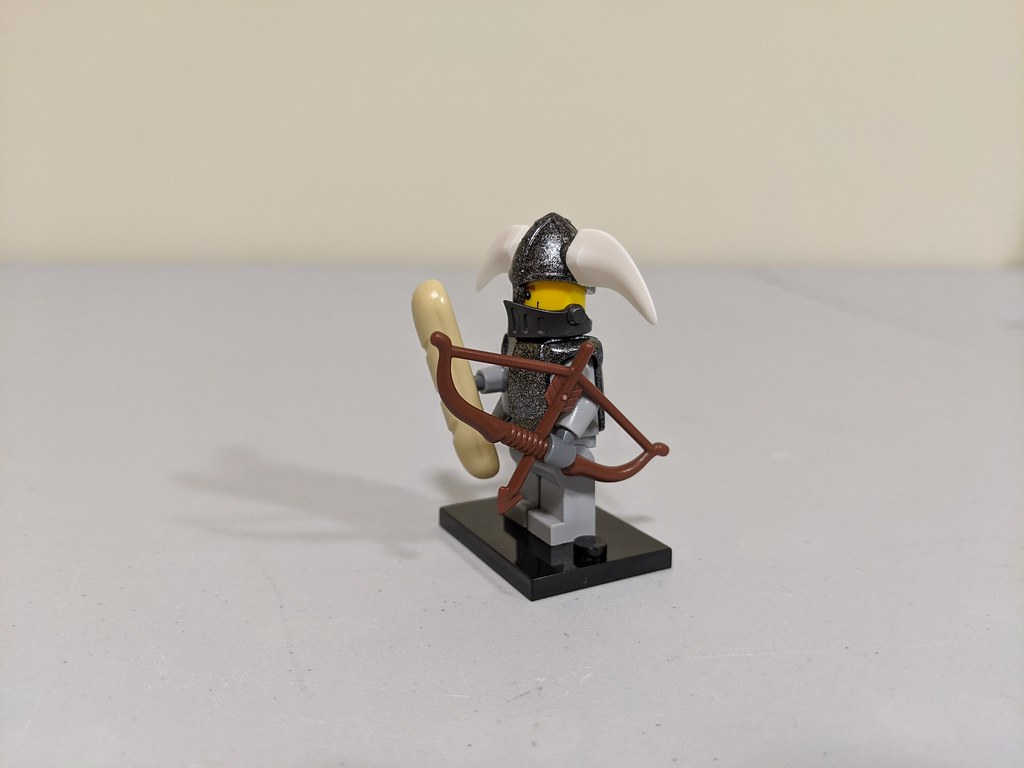 Not much is known about PRISONER except that they were trying to cross the border and got caught up in that ambush. He keeps muttering things like “Gah, I hit confirm to fast, now instead of being known as ‘XxX420Doomslayer69XxX’ I’m stuck with ‘PRISONER’.” or “Okay, remember the plan. Heavy armour, sword, fireballs. Going to play an unstoppable swordmage tank… aaaaaaand I’ve gone stealth archer AGAIN? Seriously? Well I’m sticking with heavy armour at least” or “Wow, maybe there is such a thing as too many mods after all, the game is completely unrecognizable now.”. Whenever he gets hurt, he is able to eat a downright terrifying amount of cheese and bread in seconds to heal whatever injuries he has sustained, even if a dragon just lit him on fire and ate his arm. Speaking of dragons, whenever he drops one, they instantly turn into a skeleton with this big glowy thing which is pretty cool. He can also do all sorts of crazy things with his voice, even compared to the Vikings with the most control over it, but he mostly just uses it to blast people off of mountains. His knees are well-armoured for deflecting arrows for some reason. 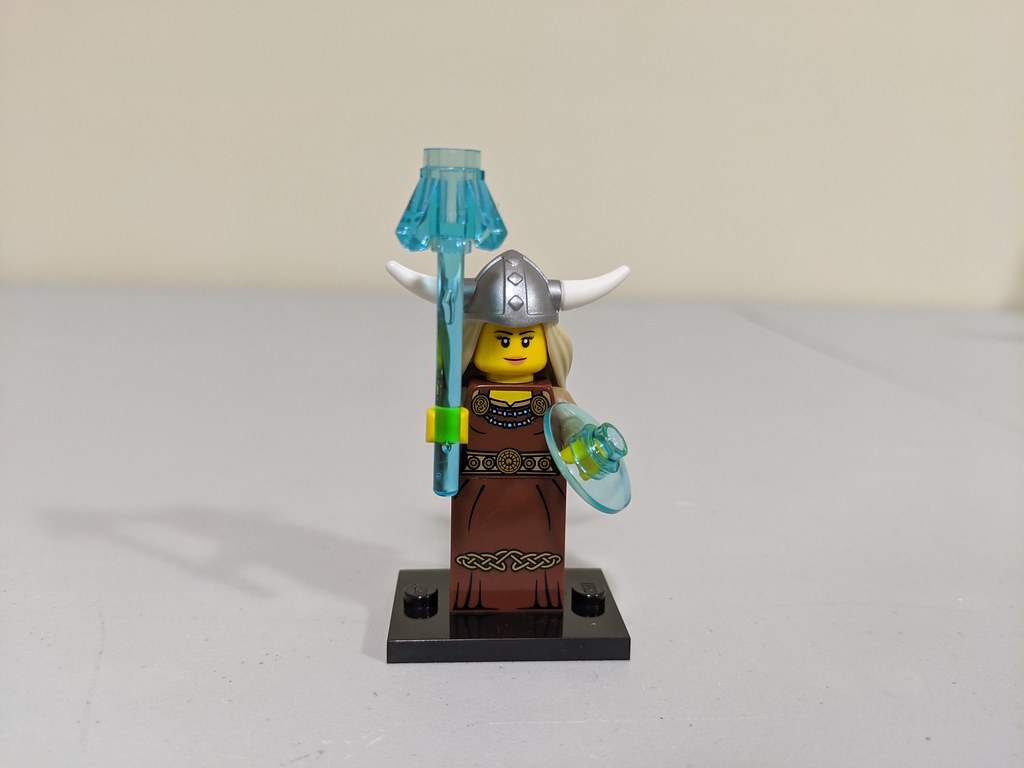 Isa is enigmatic, mysterious, baffling, secretive, and cold. She devotes herself to the cold, and spreading the cold. She epitomizes the near worship of cold that has become part of the Viking way.


Ice Queen Ifa - Cliche: Singing master of cold who doesn’t want to hold on to anything 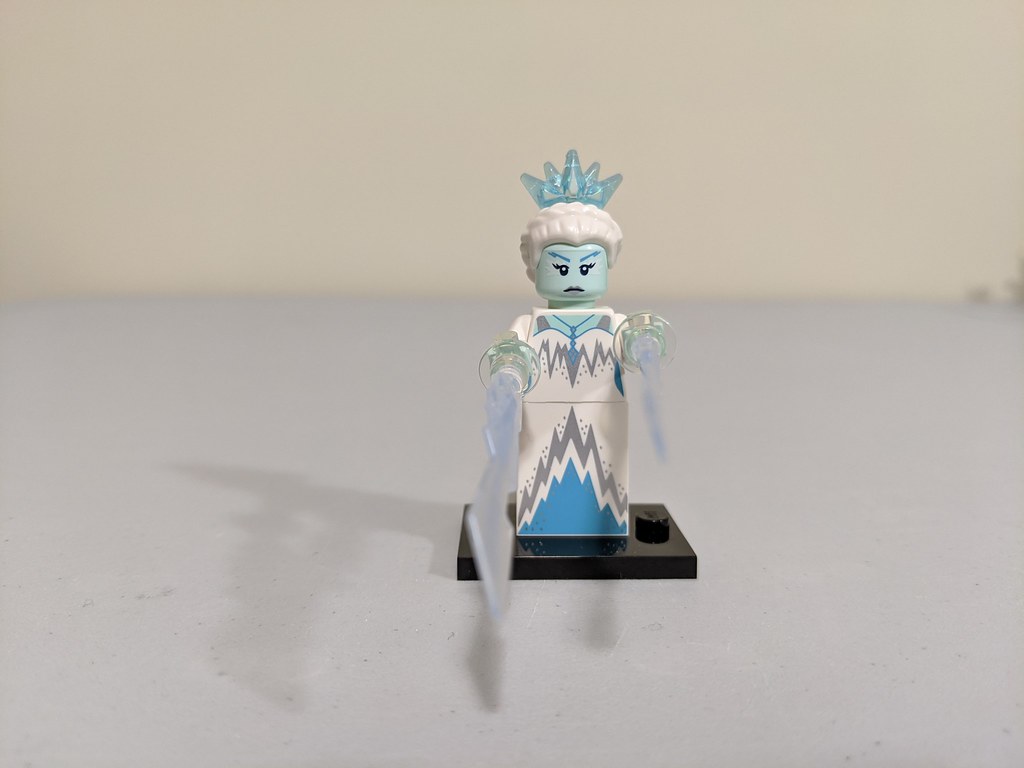 Ifa is a true master of cold and ice powers. For some reason she’s always singing songs about not wanting to hold onto things, but she is definitely powerful. Sometimes she builds snowmen, but so far hasn’t militarized that ability enough. 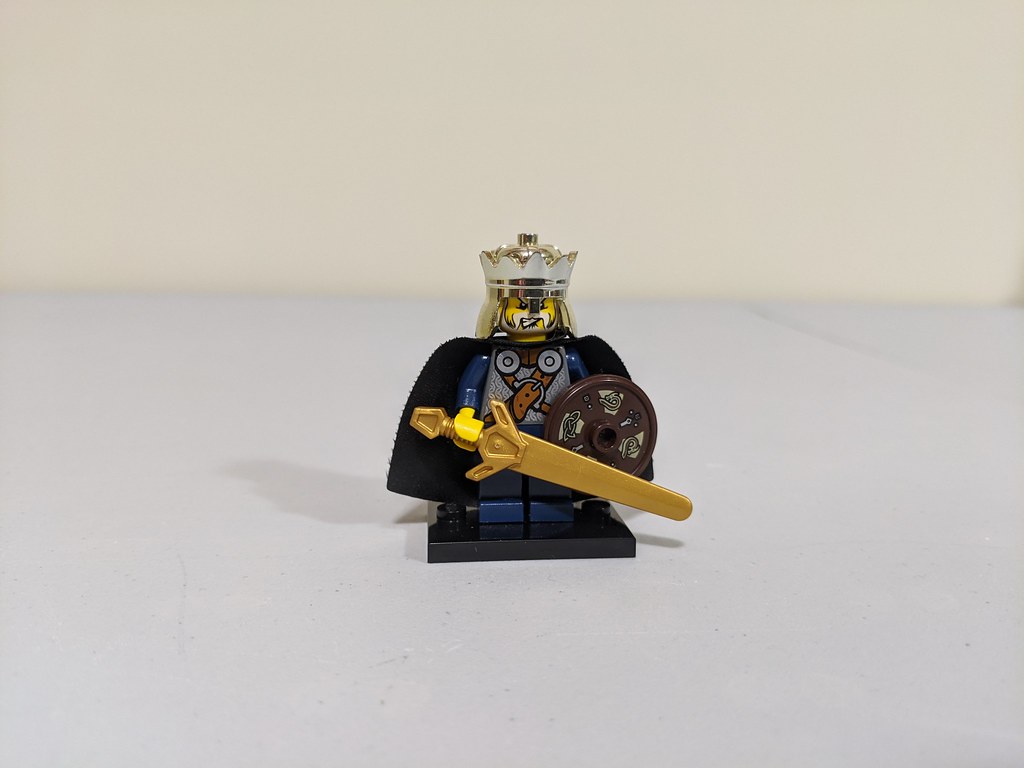 Jarl Edric is the leader of the Viking, and as such he must be the bravest warrior to be strong for his people. His goal is to lead his people to a brighter future, or at the very least, a few really good feasts.
Armies: https://brikwars.com/forums/viewtopic.php?f=17&t=18070
Top

Amazing. I'm just speechless.
The most dangerous enemy you can fight is a man with nothing left to lose

The faction name was a last second change right before posting when I decided "Vikings" sounded to normal for my standards.
Armies: https://brikwars.com/forums/viewtopic.php?f=17&t=18070
Top