"So. You decided to arrive.."
"We said we would. We need this deal."
"We're aware. Hand over the parts of the relic... This boon shall benefit the entirity of the Makinamist Empire. Eternia will be reborn!"
"Whatever. We just want to get away from persecution."
"Your loyalty to 'Mana' is a foolish endevour, but I must respect your refusal to bow to the Reiists and Asukaites. Now hand over those relics."

The parts of the relic are handed over to the Makinamists. And they are assembled together into a two pronged assemblly.

"I'll be taking that, thanks."

"What are you doing!? Stop him! Stop him now!" cries out General Formidable.

Medraut walks up, grabs the assemblly and slides his existing relic over it. Reality shudders from the sudden emergence of a tool of great power.

"He brought the final piece right into our hands! Take him down!"

"Oh, You thought i was alone?"

"You thought wrong. My good bitch."

Medraut and his Project Elm are mad with power. With the 'Bident' at his side, Ultiamte Victory is in his hands.
Force Composition: 1 Hero (Medraut (5hp)) (Bident characteristics: Ignores all armour rolls, Ignores range when thrown.), 8 Grunts.

The Makinamist Remnant has been tripped at a crucial moment. the faith relies on this battle, defeat the Asukaites!
Force Composition: 1 Grunt, 3 DSM Priests (One with Power-Lance), 1 Hero (General Formidable (3hp))

the Minaglacians and Manaists have been through hell and back to get here. It's time for their showdown.
Force Composition: 4 Grunts, 1 Flametrooper, 1 Sergeant, 1 Hero (Akune Chi (3hp))

The red guys.
The most dangerous enemy you can fight is a man with nothing left to lose

Gottit!
"If you liberate my Gulag one more time..."- Green
Top

Gib a juicy secret faction
Bleak Company! COMING SOON TO A PLANET NEAR YOU!! 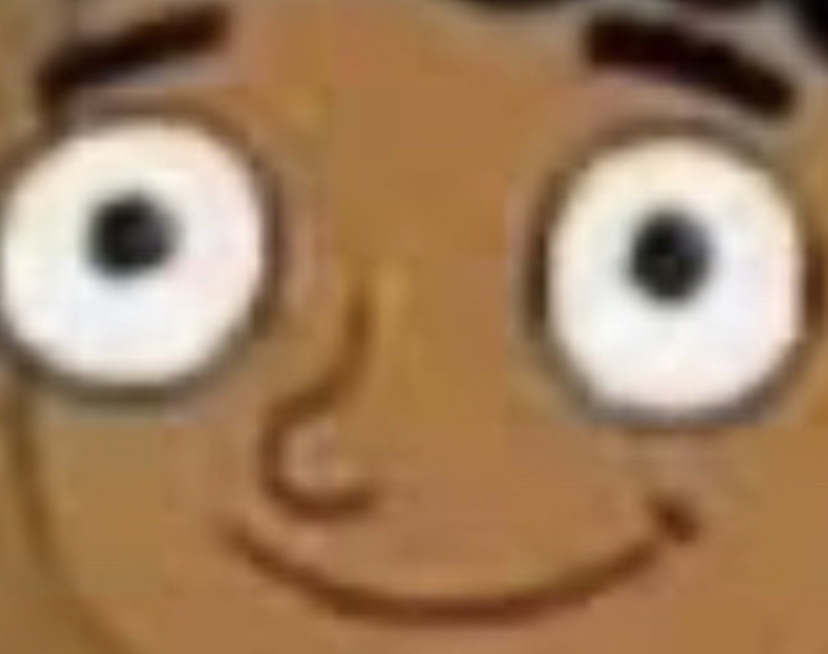 baljeet has wares if you have coin
Top

1 slot left!
"If you liberate my Gulag one more time..."- Green
Top

Sure! I'll sign you up for the Makinamists. And that concludes signups!
"If you liberate my Gulag one more time..."- Green
Top

"Grunt! Take itttt!!" Cries out General Formidable, tossing the OTC towards one of his grunts. the grunt catches it.

Formidable jumps over the altar, grabs the blaster from the grunt, and fires a shot at Medraut, missing. He then focusses his heroic efforts into a well placed shot between Medrauts eyes, and misses, the shot sailing past Medraut. [Feat Failed]. Meanwhile, the grunt goes in for a slash with his newly found OTC.

"That the best you can do, Makinamists!?"

"Lets trade weapons!" suggests one DSM. "o-oh uh sure." says the other, as he's sudenlly given a holy Fiftist Power-Lance of Mari. He rushes into melee to engage his foe! Medraut hefts the massive lance and counterattacks, sucessfully parrying the strike from the holy weapon. "This is for wrecking Unit 02!" laughs the German

The remaining DSM Priests open fire onto Medraut, but fail to penetrate his armour.

Akune Chi sees the turn of the melee going for the worse, and decides to do something about it!

"You know, German. I think that Girlfriend of Steel's Mana Route is the only one worth playing. Why bother with Soryu?"
"What the fuck is a Girlfriend of Steel?" asks Medraut, as Akune is sudenlly reminded of how nobody remembers who his best girl is. [Feat Failed!]

Akune will sulk for a turn.

Minaglacian troopers open fire on the Germans, and their sergeant kills one of the Germans.

The Flametrooper opens up a burst of flame into Medraut, and manages to scorch 1hp of damage off the German (4/5 HP)

Medraut starts the battle by slamming his artefact into Akune Chi, The bident ignores Akune's armour completely, and Medraut grins as its full capabilities are revealed. Akune is knocked on his ass as he bleeds slightly. (2/3 HP)

The German soldiers open up onto the two enemy heroes, and their shots ping off their heavy armour.

The Legotavian Task Force is here to recover their relic! They care not for the conflict between the various factions, but only want that damn stave! They'd also like to finish this quickly as to avoid alerting the Reiists.

Objective: Secure the core component of the Stave wielded by Medraut.
Played By Shaggy.

The German Riflemen fire on the Minaglacians, and kill the Flametrooper with a massive explosion!

Medraut, annoyed by the Legotavian Intrusion, advances on Punished Clutch, and drives his Lance into the newcomer. He fails to actually hit Clutch of course, and the Artefact Hunter lives another day.

After his failed attack, he attempts to leap into the air and defeat the Legotavian Artefact Hunter, and kinda just stumbles around a bit before regaining his footing. [Feat Failed]

The grunts fire on Medraut, one hitting him and actually injuring the German! (3/5 HP)

Akune gets to his feet and cries out to the Legotavians "Hey! Whoever you are, They just attacked you! You gonna take that? Let's work together!"

Punished Clutch considers the option from the stranger, He's only here to take that red central bar right? He can afford to give the rest away as compensation. Sure. This is going to work out for him.

"Sure!" [Feat Sucess]! Legotavian troops can no longer fire on the Minaglacian or Manaist force.

All of the troops open fire on Medraut, and while all of their attacks connect, Medrauts luck miracously holds up, and every single strike is deflected by his Royal Armour. Two melee attacks are made against him, but both fail to connect.

Punished Clutch rushes past the Makinamists using all his sneaking abilities.

Meanwhile, his forces are apparently very confused by the goings on, and sort of just stand there while their Microfig ally begins to rant and rave as a way to cover Clutch's efforts.

Sudenlly, Anton Flavus appears from behind the German lines with a squad of Ottomans. He's here to bring his friend back from the brink of insanity and rectify this dangerous scenario.

Medraut grabs his bident and attempts to physically fuse with it!

The energies of the weapon surge through him as a suit of armour of the same material of the bident appears on him, while his bident remains firmly in his hands! [Feat Sucess]


"Behold the Lance-Lord! Medraut! I'll pierce all you fools! Lackeys! Kill those interloping Ottomans! They served their purpose."

His men turn around and open fire on the Ottoman lines, comitting a henious act of betrayal!

It's a brutally effective act however, and all 4 Ottoman regulars lie dead while Flavus takes 1 hp of damage.

The Minaglacian grunts fire upon the traitor Germans.

Killing two of those backstabbers!

Akune Chi rushes up to Medraut, desperate for a way to put this guy down.

"H-Hey man check out this cool relic piece i found. Apparently you need to put this one on it for it to be complete. Though, only i can put it on."

"Huh. Whats that one called?"

"The Brick of Dumbasses."

"Cuz the Eternians didnt want anyone touching it, obviously. so they gave it a dumb name."

"I've had enough of your innane weeb bullshit today!"

Medraut is fed up with this nonsense, and slams Akune onto the Bident in an act of rage. The light fades from Akune Chi's eyes as he hits the ground, with no hp remaining.

The Makinamists, so infuriated with their poor performance this turn, decide the only honourable thing to do here is ritual suicide. They charge into the combat with no regards for their saftey.

"For Mari!" cries the Grunt as his OTC finds grip within the armour of Medraut and gouges out a chunk of his flesh.
"Gah! That fucking HURT!"

Medraut goes to counter, but it's too late, a second melee weapon smashes into him, the Power Lance hits him hard and slams him to the ground! There's sudenlly fear in his eyes as he scrambles away from the two melee fighters. 1 HP remaining.

"I'll be taking my stuff back now, nerds" speaks a familiar but also new voice.

QS Zeezee appears and slams back the melee fighters, as she grabs Medraut's staff from him and lifts it up.

"You do know this wasnt an Eternian relic right? This was a QUANTUM Relic. It's my property, lost this during Ragnoblok. Thank's for putting it back together for me."

"W-What are you going to do to me, What the hell's a Ragnoblok!!" Squeels out Medraut as he scrambles back.

"Nothing, I'll let these G*rmans deal with you. later."

Zeezee picks up her staff and walks away casually like nothing just happened.


DEFEAT FOR ALL SIDES.

"You can still be redeemed. Let's go Medraut. You'll have to atone for your sins!"

"W-what the fuck is happening!" begs Medraut as he begins to break down into tears.

The Germans run.
"If you liberate my Gulag one more time..."- Green
Top

Sorry if this battle felt a bit dissapointing, It was mostly a stopgap while i waited for parts to come in. Hope everyone enjoyed!
"If you liberate my Gulag one more time..."- Green
Top

Awesome battle Green. And good game everyone.
The most dangerous enemy you can fight is a man with nothing left to lose