((This is lore for a custom setting I have made. I am currently working on a stop-motion film set in it. I have made quite a bit of progress on the novelization. If anyone is interested, message me here or on Discord.)) 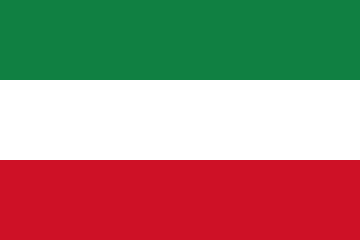 Flag of the Centralist Regime

The Lego Multiversal Republic is the longstanding government of the Lego Multiverse. It has seen troubled times before, but nothing has come close to the trials it now faces. President Business’s coup has thrown the declining nation into a cataclysmic civil war.
The current crisis has been building for a long time now, with the corruption and stagnation of the Republic. A new party, the Centralists, pledged to end corruption by forming a unitary government from the capital of Bricksburg. They grew massively in popularity among the military and those in the realms closest to the Capitol, but faced stiff opposition from the frontier realms and those who feared a consolidation of executive power.
The leader of the Centralist Party was William Business, a self-made billionaire and President of the Octan Corporation. Through bribery, intimidation, blackmail, and raw charisma he was able to win the Presidency. He quickly gathered a cabal of officers and engineered a coup. It succeeded, and Business declared himself President for Life.
The Centralist coup was only able to succeed with military backing, and the plotters found themselves well rewarded with promotions and positions in the Centralist Cabinet. However, Business’s rapid dismissal of “disloyal” officers led almost immediately to war. More than a dozen commanders would rebel rather than accept dismissal. The Officers’ Revolt helped the Centralists more than it hindered them, as it gave them a seemingly legitimate reason to crack down on civil liberties.
The harshest critic of Business’s dictatorship was Field Marshal Alexandrov Potopovich. He had been an initial supporter of the Centralist Party, but its growing radicalism caused him to at first distance himself from, then actively campaign against, Business. After the leadership of the Liberal, Conservative, and Labor Parties signed the Declaration of the United Front, and went to war against Business, Potopovich was offered supreme command of the United Front’s armies. He accepted, and immediately proved his mettle, dishing out defeat after defeat to the Centralist forces.
Despite initial successes, the Centralists simply had more resources and numbers than the UF. The tide slowly but surely turned against the Rebels, and with it the confidence in Potopovich. After he was dismissed by the Civilian Leadership, he led a coup of his own, and gave himself emergency war powers.
This led to a fatal schism, with the more idealistic leaders of the United Front resigning and forming the Army of Constitutional Restoration. Now, all seems lost for those who oppose Business and his regime…
Top
Post Reply
1 post • Page 1 of 1