I formally introduce: The C.O.P.P.S 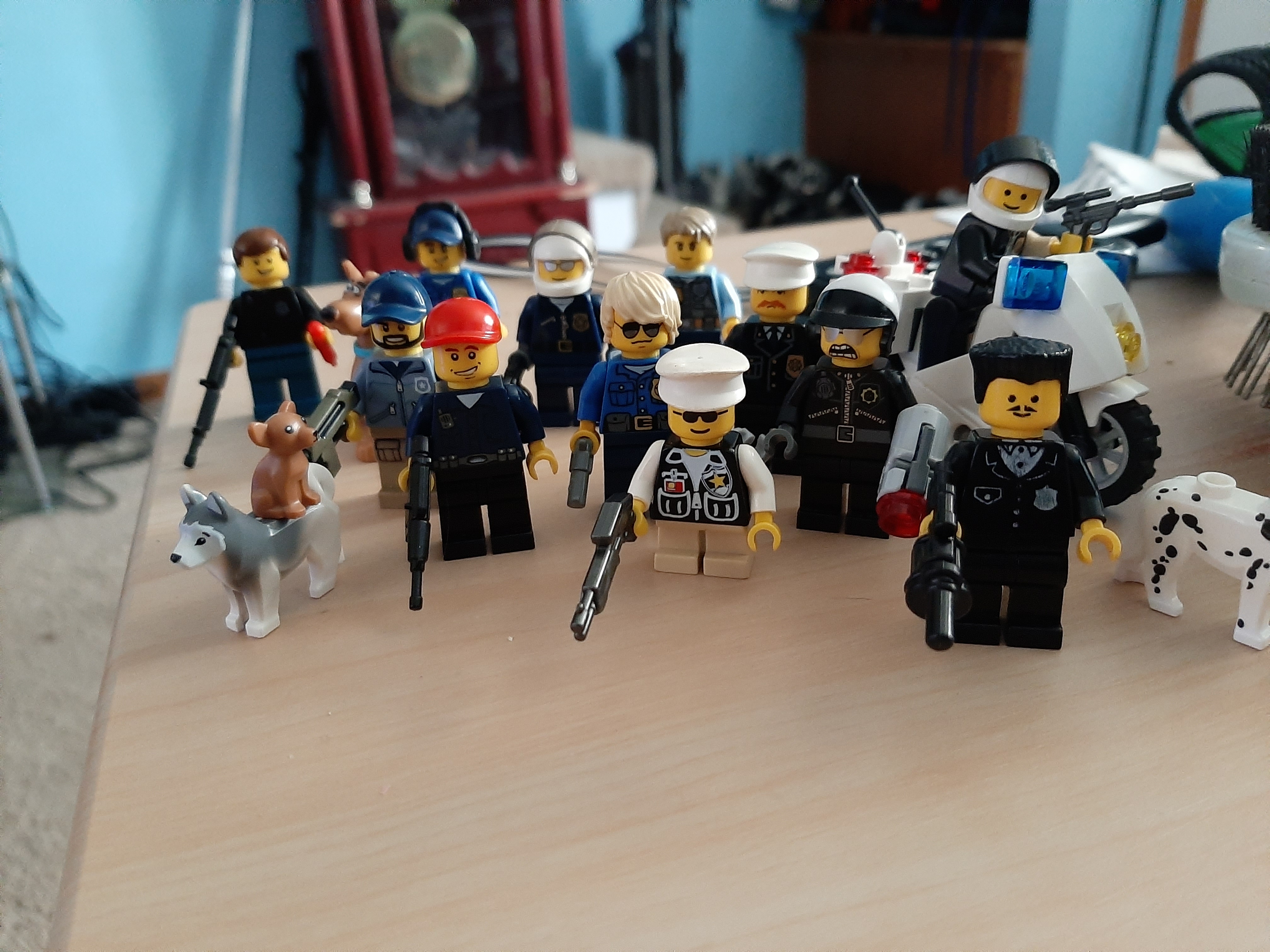 Led by Mustachioed brothers Chief "Surly" John Burley and Lieutenant "Curly" Ron Burley, The C.O.P.P.S is inspired by comic Police forces as seen in The Simpsons, Reno 911, and Police Academy. 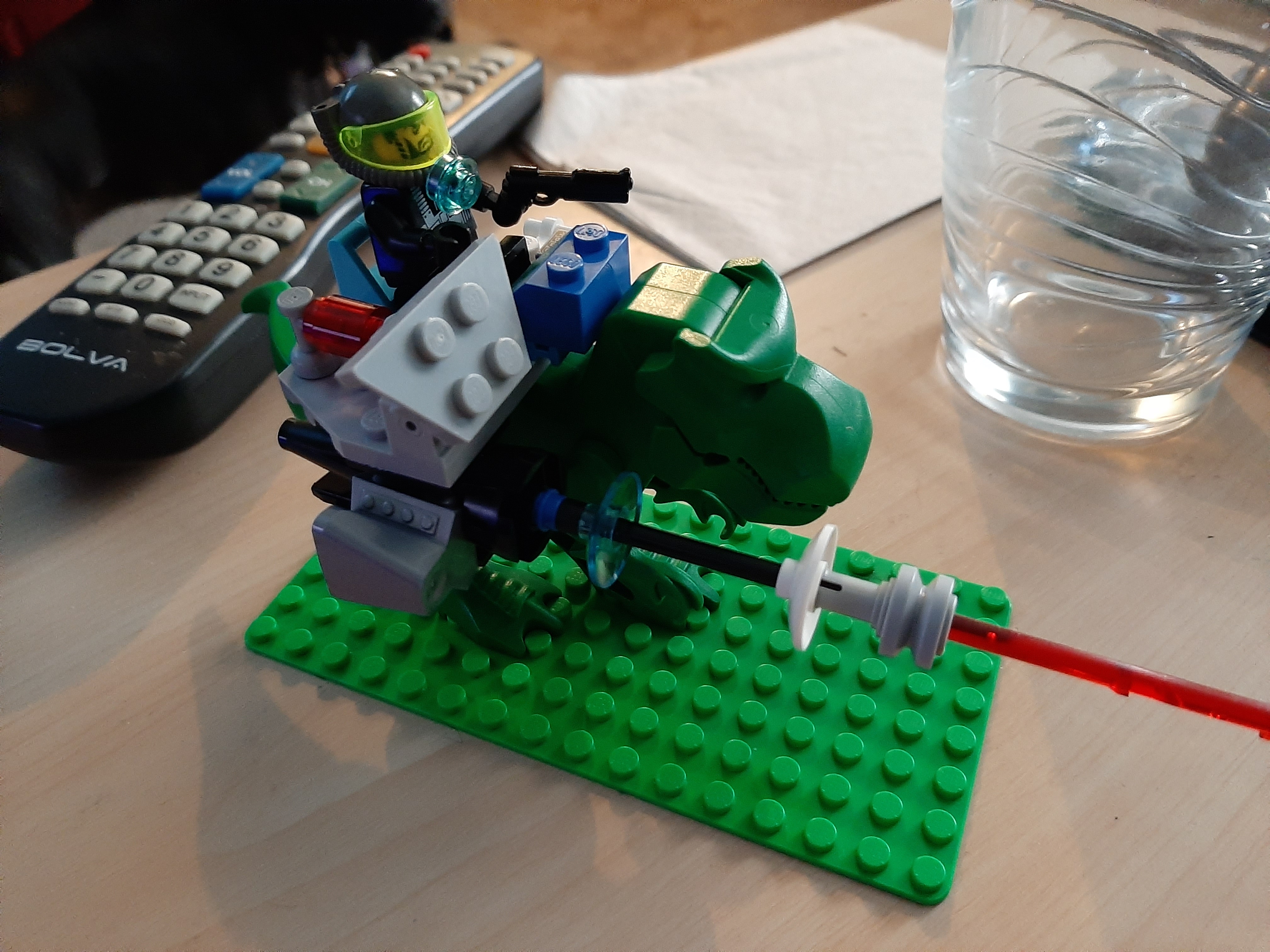 Sarge Blacktron is a survivor of my old platoon of Space Marines inspired by Rico's Roughnecks from Starship Troopers (the rest of the platoon met their end when I foolishly gave my LEGO to my little brother) he stuck a Plasma cannon and a control platform on an old Rex.

Army based on police comedies