A Wrinkle in the Plans

A Wrinkle in the Plans

Admiral Lyons stands on the burnt surface of a Brootal planet. "By the Farce," he whispers, "this is far worse than it looked from the holovids and from orbit. I saw the reports, but I couldn't imagine..." 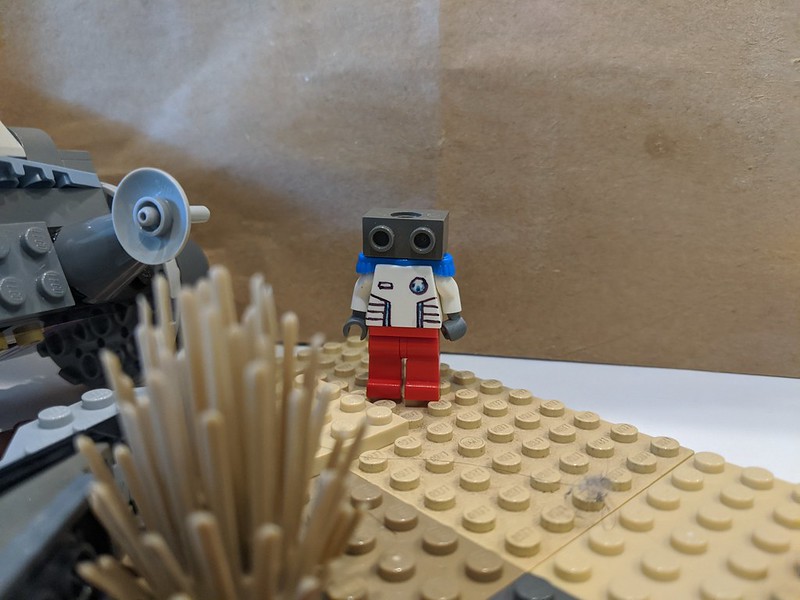 "It's as we described, Admiral," Major Perry says, snapping Lyons from his reverie. "Chemical scorches across the whole surface of the planet. Water supplies are fully contaminated. The oxygen cycle in the atmosphere has stopped dead. Not a microbe to be found in the soil." 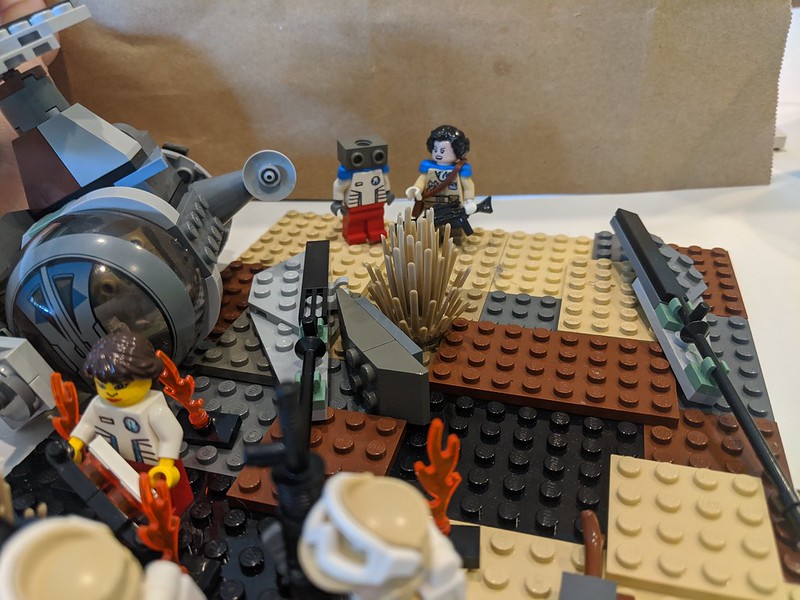 "And it's like this on every planet?" Lyons asked, hesitantly. "Nothing remains?"
"On every planet the empire has surveyed, sir," Perry replies. "Not a single sprout survived. Per your instructions we haven't tried to confirm intelligence with the Britannians or the Immortals. But it's clear that this was a coordinated attack, and apparently quite a surprise. Most of the weapons we found were never fired."
"Who could have done this? These crazy Nehellenians and their doomsday weapons. I wish Emperor Auric had never let us get dragged into this brikverse." 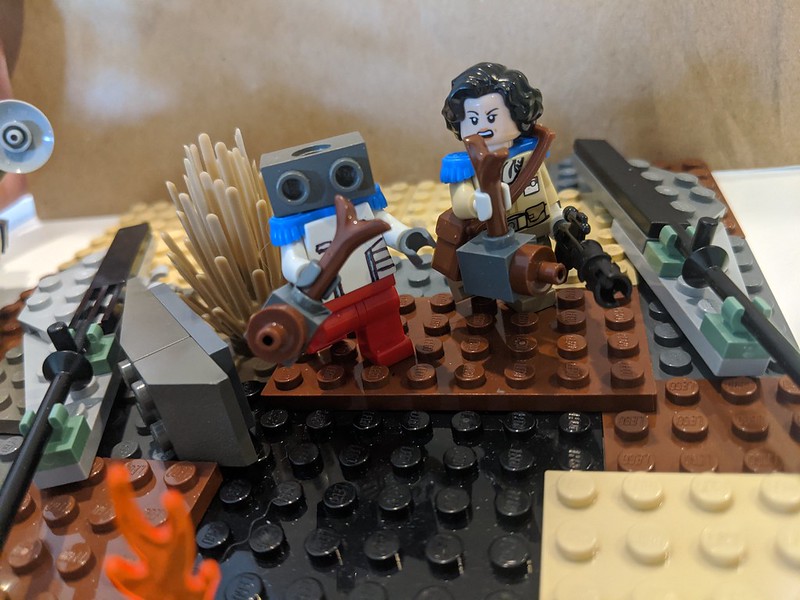 "We do have one clue, sir, a single survivor."
Lyons looks at the young man in shock.
"Get me Admiral Blackdog on the horn, right away." 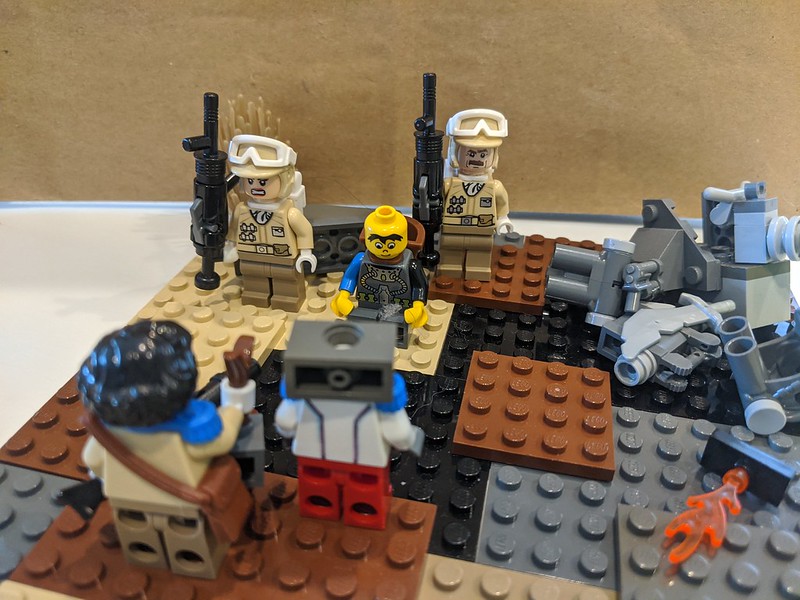 this is a good soap

Wait, does this mean MAMMOTHRA is gone? I refuse to believe it. MAMMOTHRA HAD A GUN!
Armies: https://brikwars.com/forums/viewtopic.php?f=17&t=18070
Top 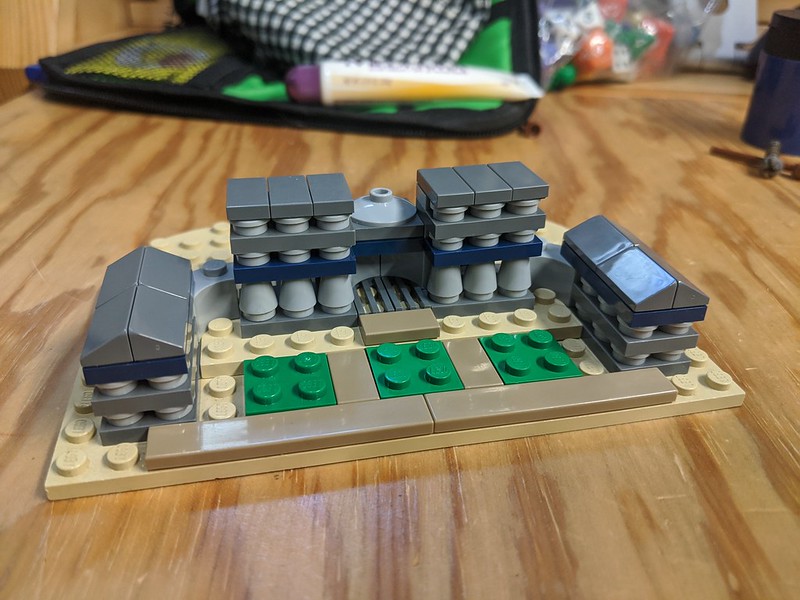 Jeebes: Lord Admiral, Admiral Lyons of the GGE to see you, sir. 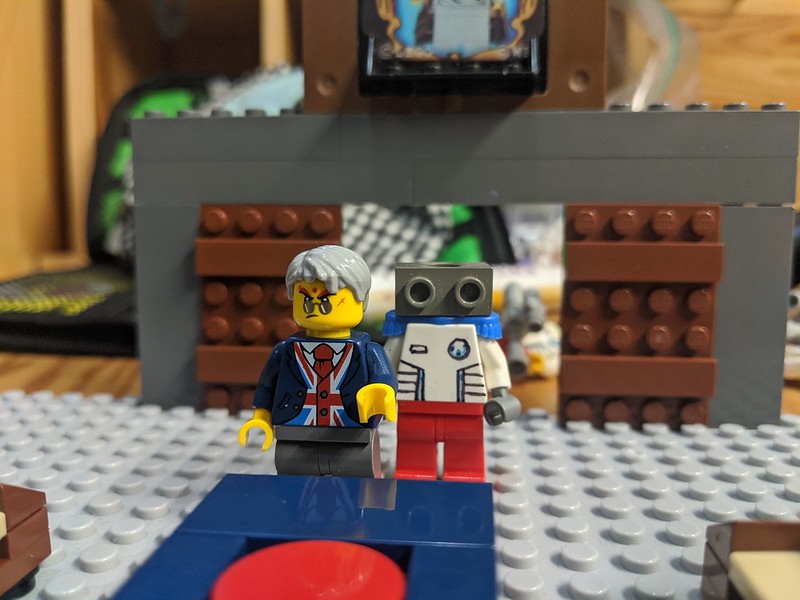 Admiral Blackdog: I've been expecting you, Oswald. As soon as I received your briefing, I was able to confirm the intelligence with the other Immortal Alliance members. So, the Brootals are dead but for one survivor.
Admiral Lyons: That's right - a young boy who was kidnapped and went native.
Admiral Blackdog: Send him in. I have questions. 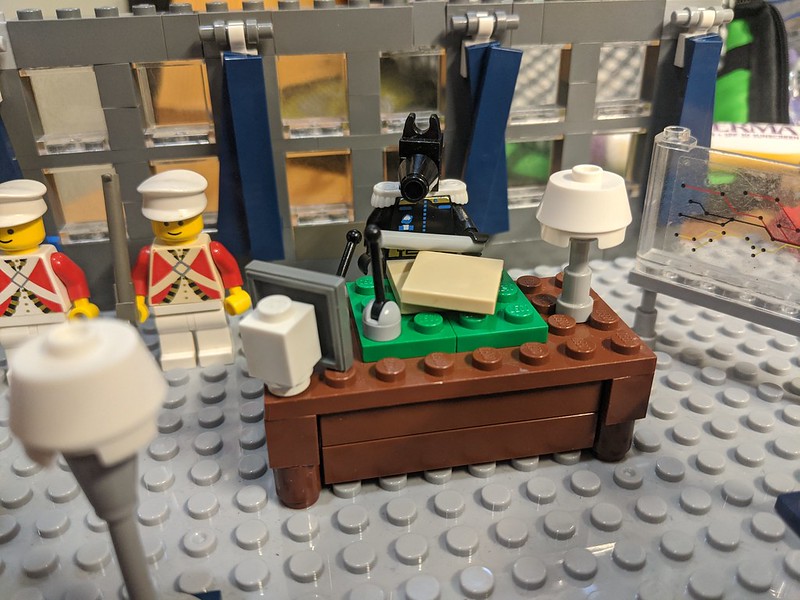 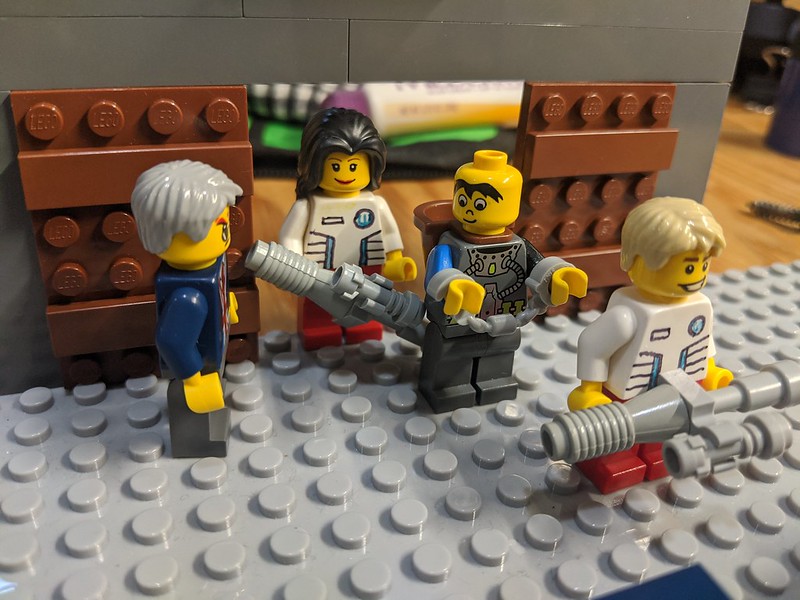 Lyons: This is Timmy. He hails from a primitive world that was conquered prior to Ragnablok. He is also the only eyewitness to the extermination of the Brootals.
Blackdog: Welcome to Britannia, Timmy. I have contacts within the Watchtower alliance and we can return you to your home, but you must tell us who did this to the Brootals. 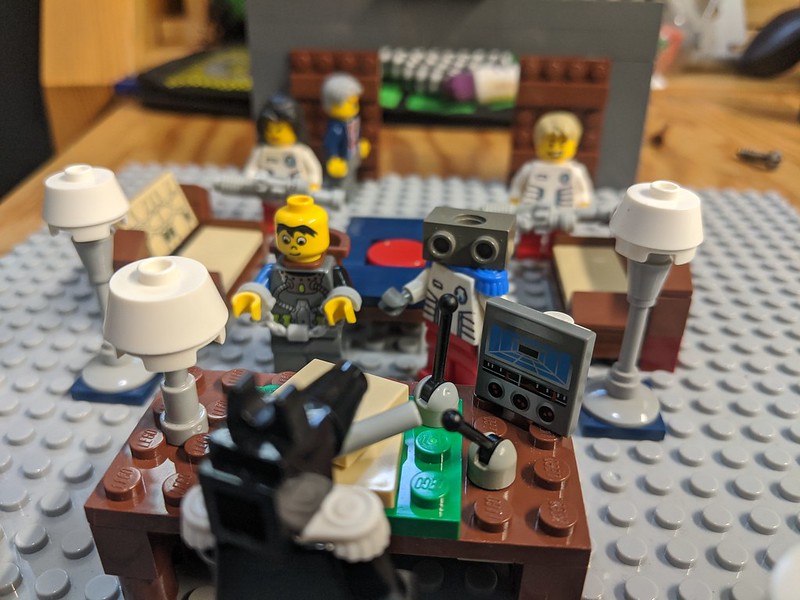 Admiral Blackdog removes Timmy's shackles.
Timmy: I'm much obliged, sirs. I never wanted to be a Brootal, but I had to do what I had to if I wanted to survive. As for who killed the Brootals, well, I'm not sure what faction they served - I'm still quite unfamiliar out here in the brikverse, but they wore blue armor with crested helmets. They sprayed all our planets with a strange noxious gas that killed anything botanical on contact. 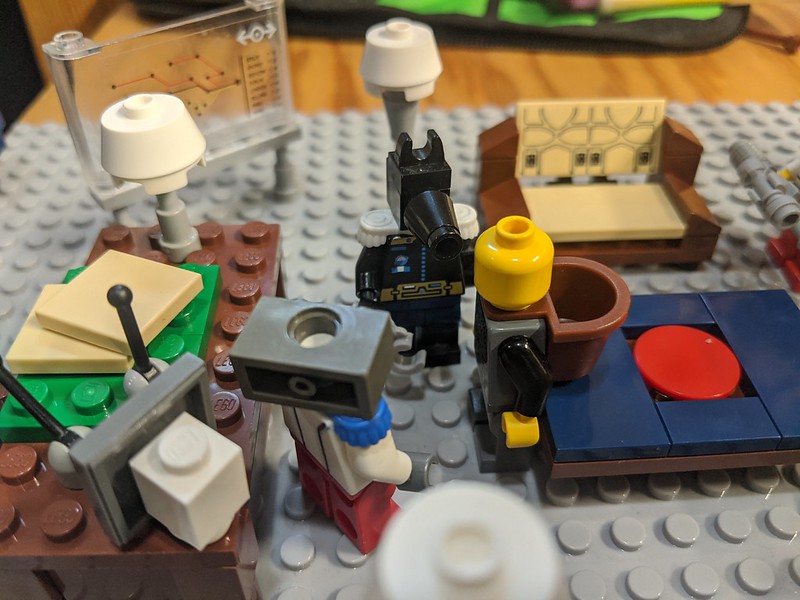 Blackdog: As I suspected, Lyons! This could only have been the work of the old Nehellenian faction, Space Austria. A member of that insipid Rubrum Crucesignatis and notorious for their use of biochemical weaponry. I thought they had been baleeted after Ragnablok, but it seems not. With this confirmation, we can go to Emperor Warhead and inform him that Space Austria robbed him of his victory. 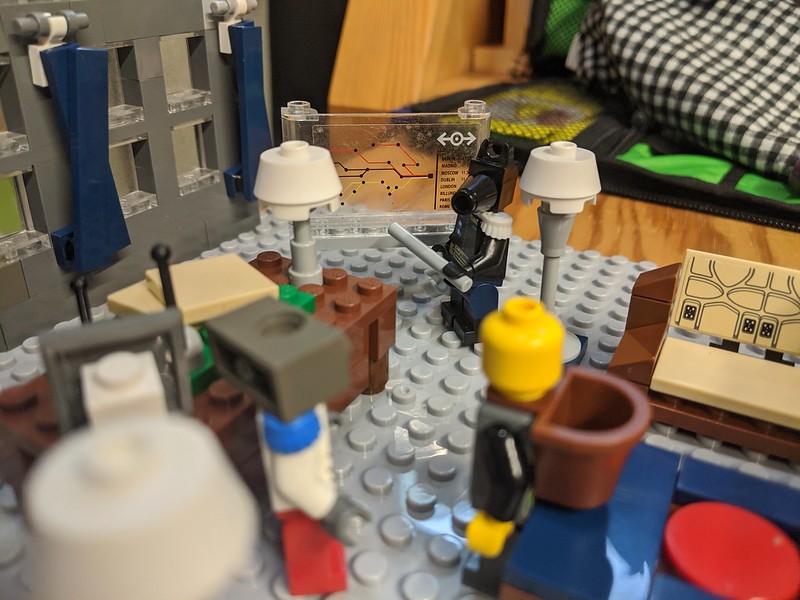 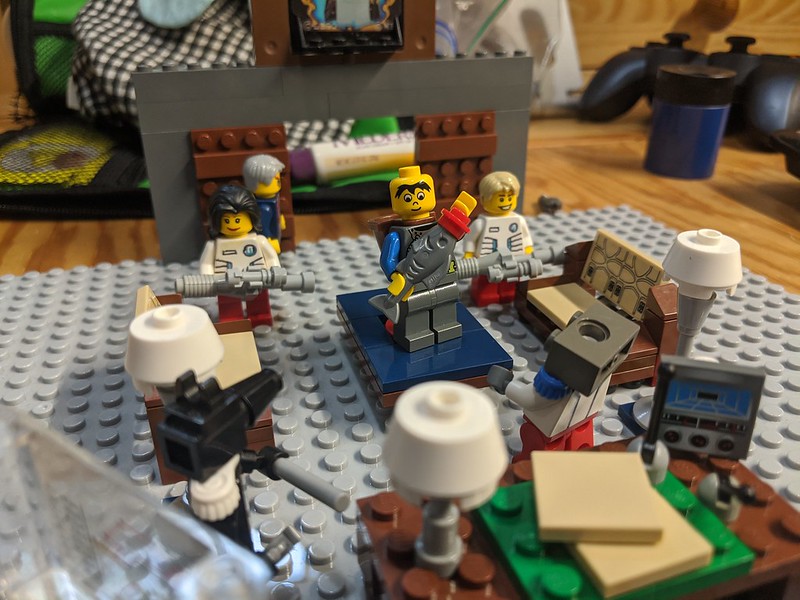 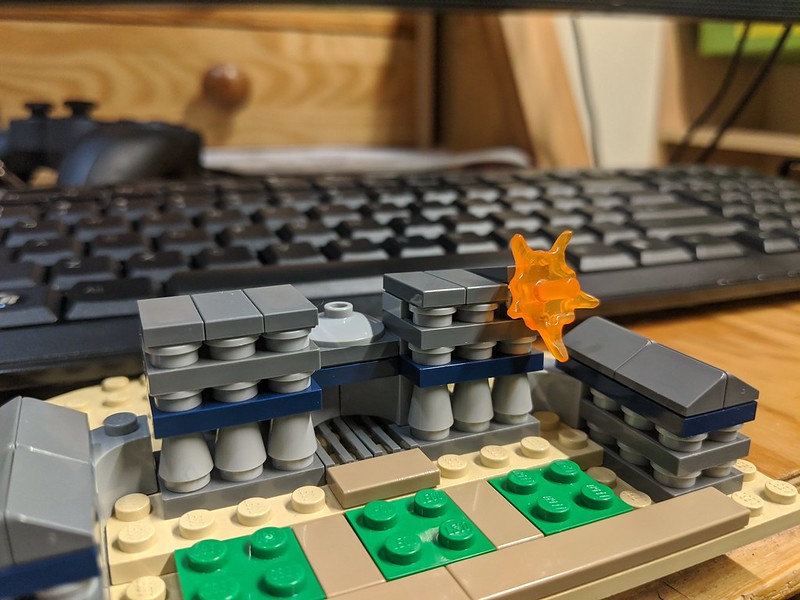 Blackdog comes to, ears ringing. *cough cough* "A ruse?! But why?" 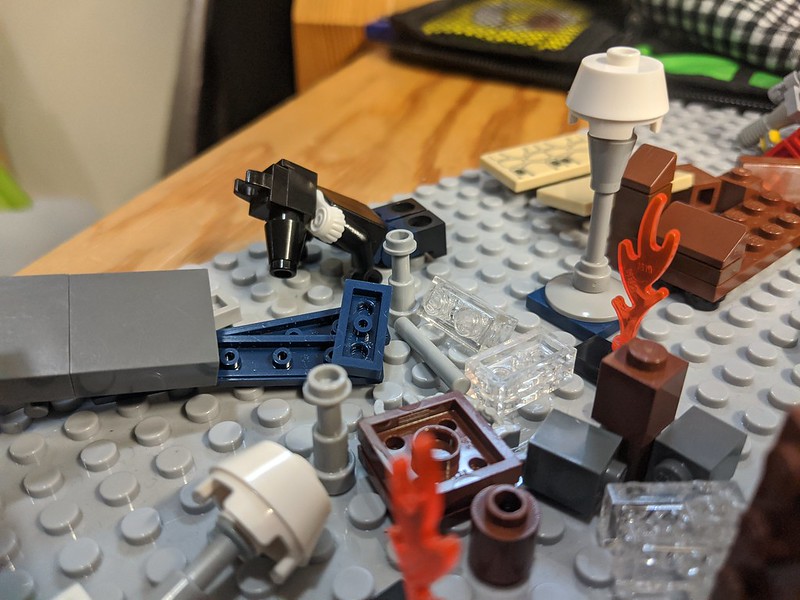 Timmy: Ha ha! Eat it, gits! Da Brootalz may be dead but you've got a new enemy to worry about now! 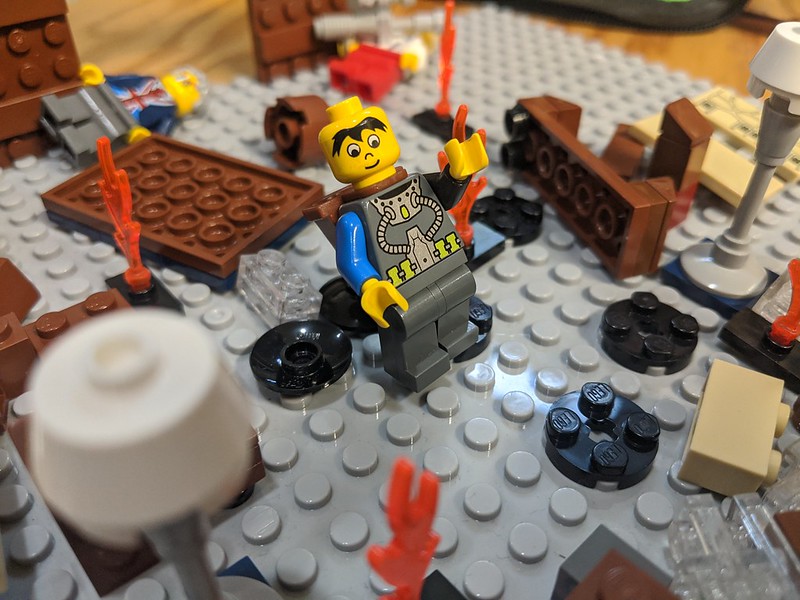 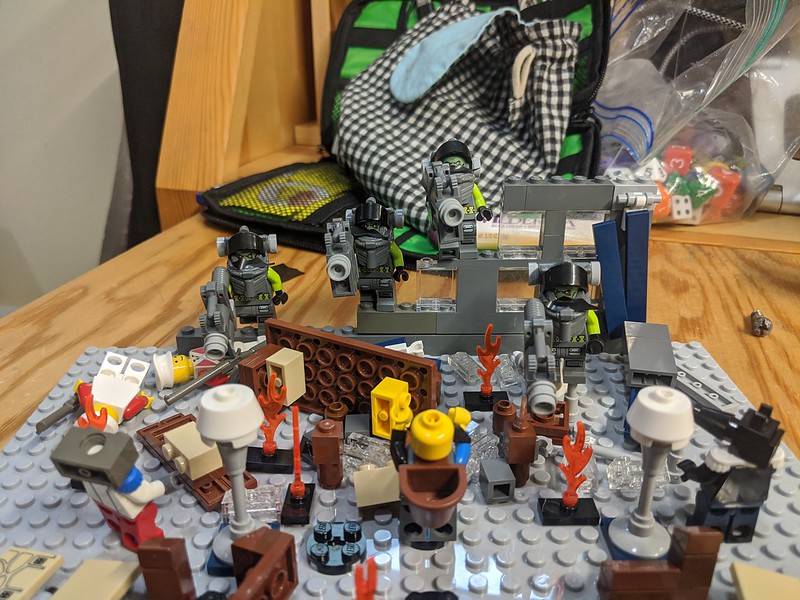