And so We Stand on the Precipice

And so We Stand on the Precipice 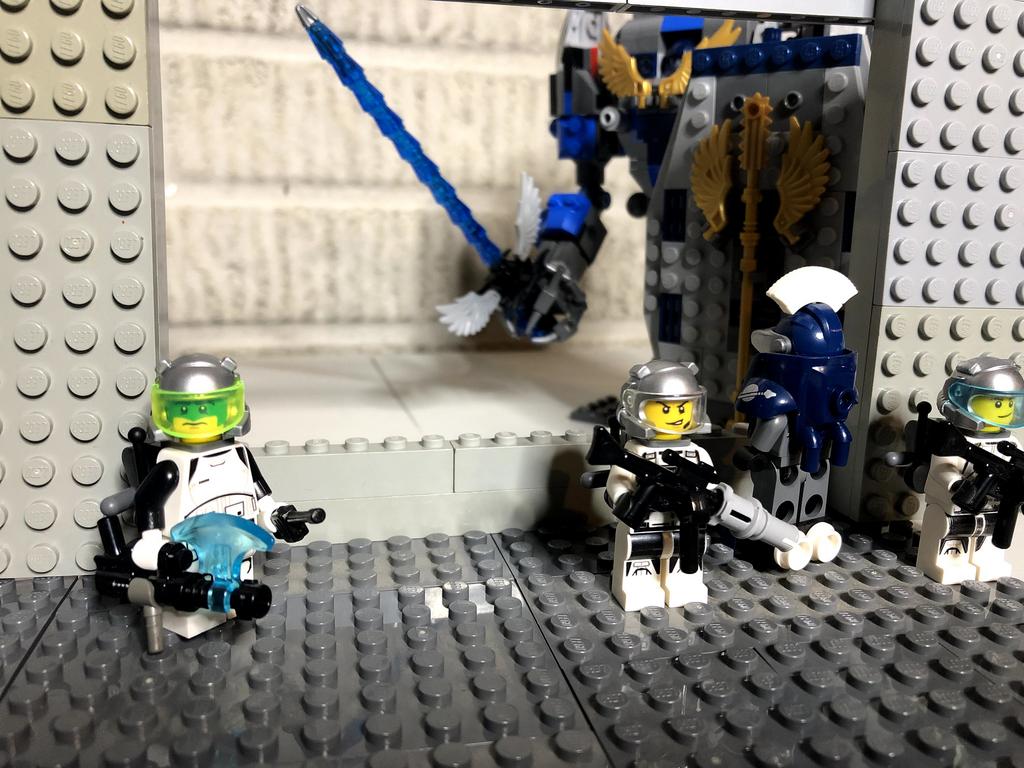 His Serenity, the Ruler of All Skion, flanked by bodyguards, is lost in thought. Hours ago he delivered a message to a foe: an arrogant challenge despite the youth of his people's violent ambitions. Soon, he must tell the people. Soon he must make the announcement and begin the lengthy mobilization of the war machine. The colonization of nearby planets will continue, naturally, but the ships and guns will point with certainty at a hostile force for the first time since The First War.

"They're here," the officer of his guard declares with a voice as cold and determined as the one that recently challenged the orks to battle.

"Thank you," His Serenity says, "Clear the room."

The guard quietly disappears to the next room, close enough to come running should the worst happen to their leader. 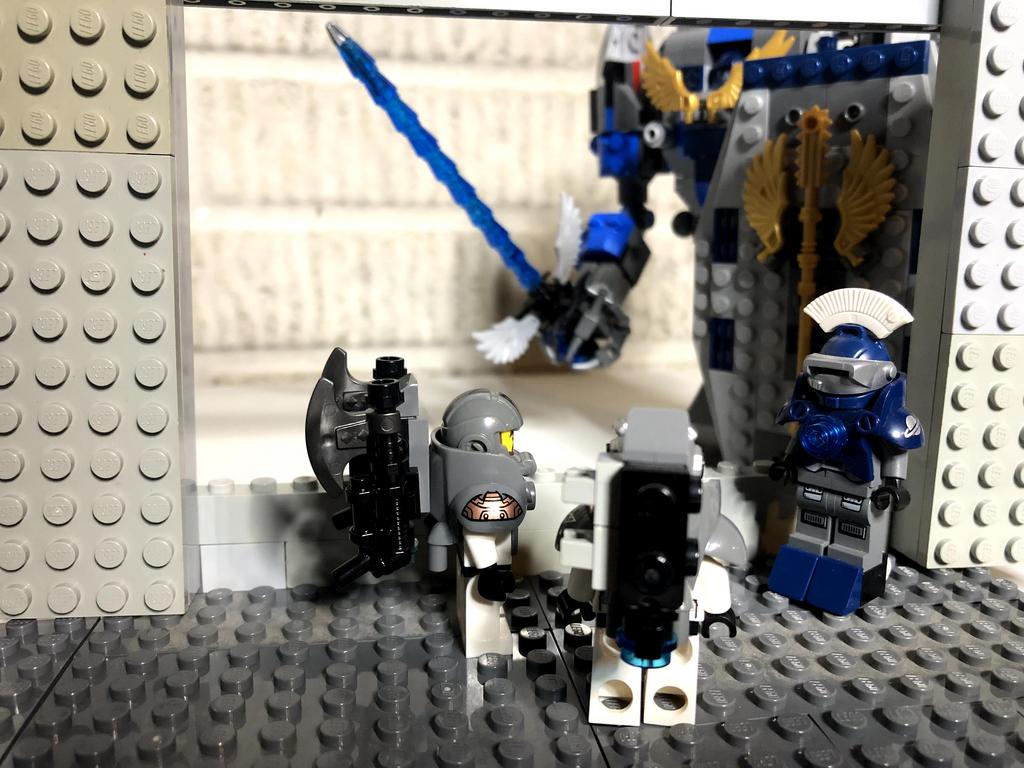 "Eldon, Dienekes," His Serenity greets the great Heroes of the Skion.

Eldon only nods in his usual way. The skull-painted visage remains stoic. Dienekes, feeling the tense aura surrounding His Serenity, likewise says nothing.

His Serenity turns to them, sizing them up from the depths of his helmet. Their armor is pitted and torn by battle, patched and repaired again and again by the best armorers on Skion.

"I am about to deliver some news to the people. It is news they have been waiting too long to hear."

"It is war, then," says Eldon, unable to hide the excitement in his voice. 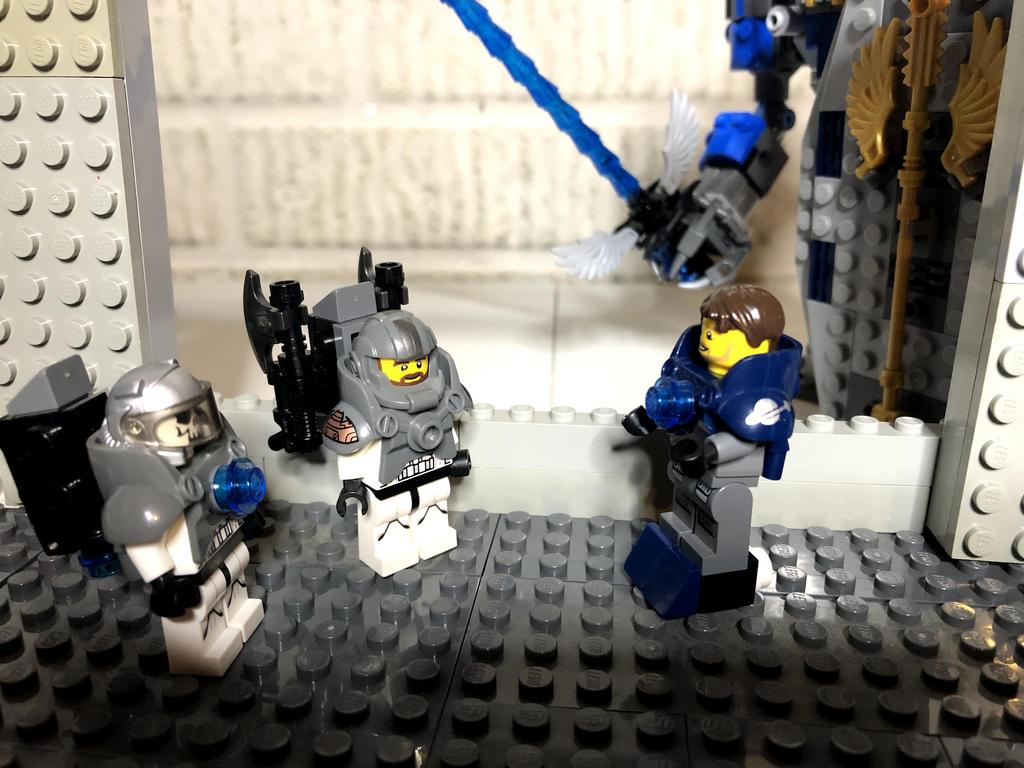 His Serenity removes his helmet. Both men step back. The sight of their leader helmet less is rare indeed.

"It is war," His Serenity replied, looking both of the Heroes in the eye.

"I have issued a challenge to the Brootalz. These may be the orks we saw on the long-range scans, but we are not sure. I do not know their strength, armament, or home world. All I know about them is they are excessively violent."

"We were not the source of the Brootalz original transmission. These brutes were issuing their own challenge to something called 'Anno.' Our intelligence is working on a profile as we speak."

"We know nothing about them and were not even the intended receiver, but you mean to declare war anyway?" Dienekes asked.

"Yes. Beyond the tactical considerations and expansion forecasts, I knew I must. Our people's blood demands it. It calls to me, begging for action, demanding we fight. Is this not what I promised our glorious dead after we broke The Swarm? Is this not what we have endlessly prepared for? I saw their leader, I saw into his soul, and knew it was our destiny to do battle with him."

A smile crept across Dienekes' face. He shifted his weight repeatedly, as if preparing for a sprint.

"And what of Skulna?" Eldon asked, "She is War Queen. Have you not spoken to her?"

This time His Serenity smiled. "She was the first to know. Even now she is leading a fleet toward the foe. I expect her to engage the forward units of the enemy any minute now." 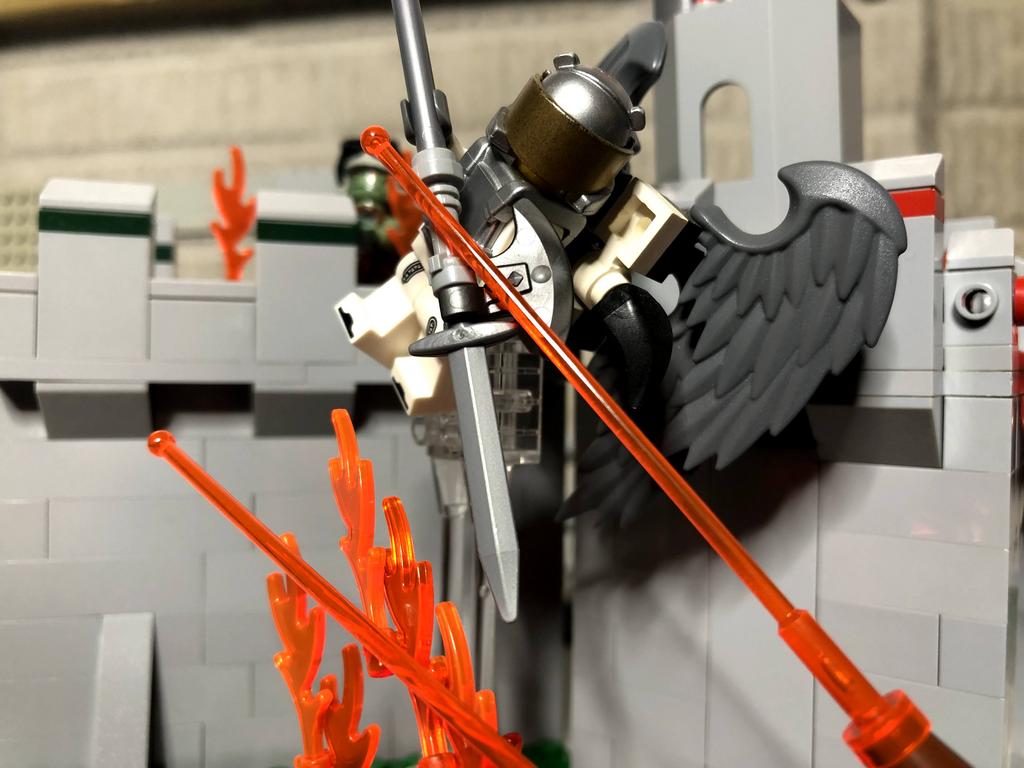 The corner of Eldon's mouth twitches, hinting at a grin. "Make sure she knows I will not be far behind."

His Serenity took a look out his window, eyes drawn up the powerful height of a Lord of War.

"She knows. She demanded she be allowed to engage the enemy first. I could not refuse." 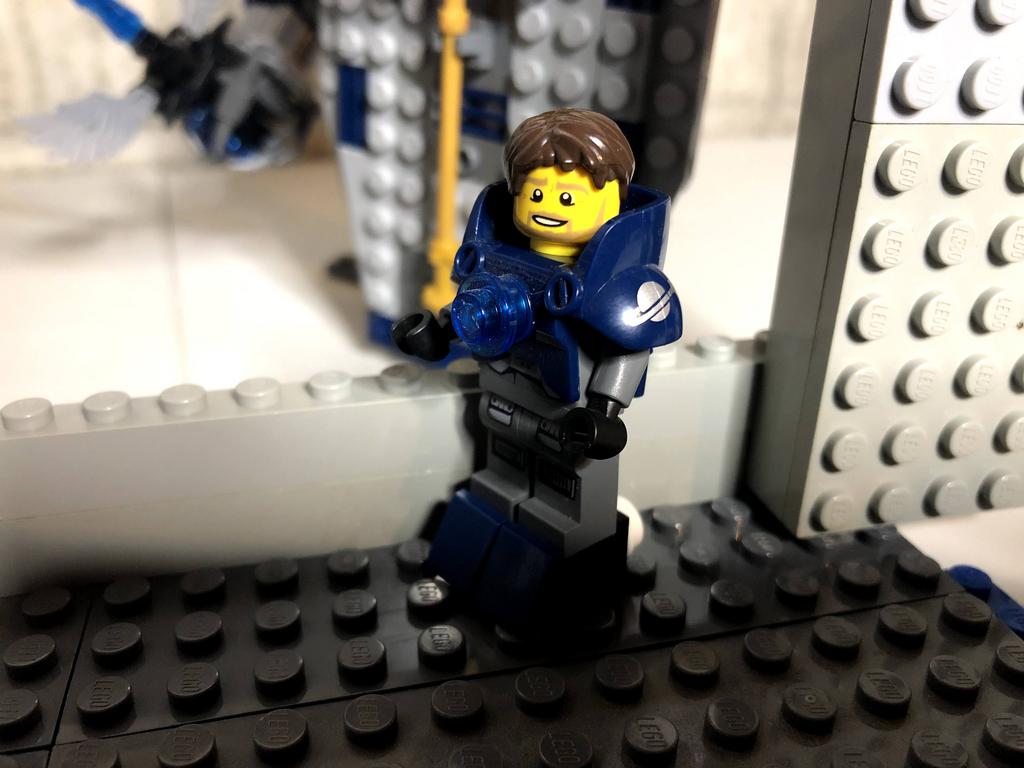 He turned again, facing the Heroes.

"I am telling you before the people because you are the best of us. You have braved the worst our greatest enemy could throw at you and have only become stronger. You deserve to hear this from me personally, just as I hope you will bring me tales of incredible victories.

Eldon and Dienekes nod, countenances stern with hatred for a foe they've never seen. Such is the new Skion way.

"I will make my announcement in moments. By then I want your fleets in the sky. There can be no wasted time. We have learned through fire and blood the incredible cost of delay."

His Serenity re-seats his helmet, once again taking the mantle of his people.

"You are dismissed," he says. 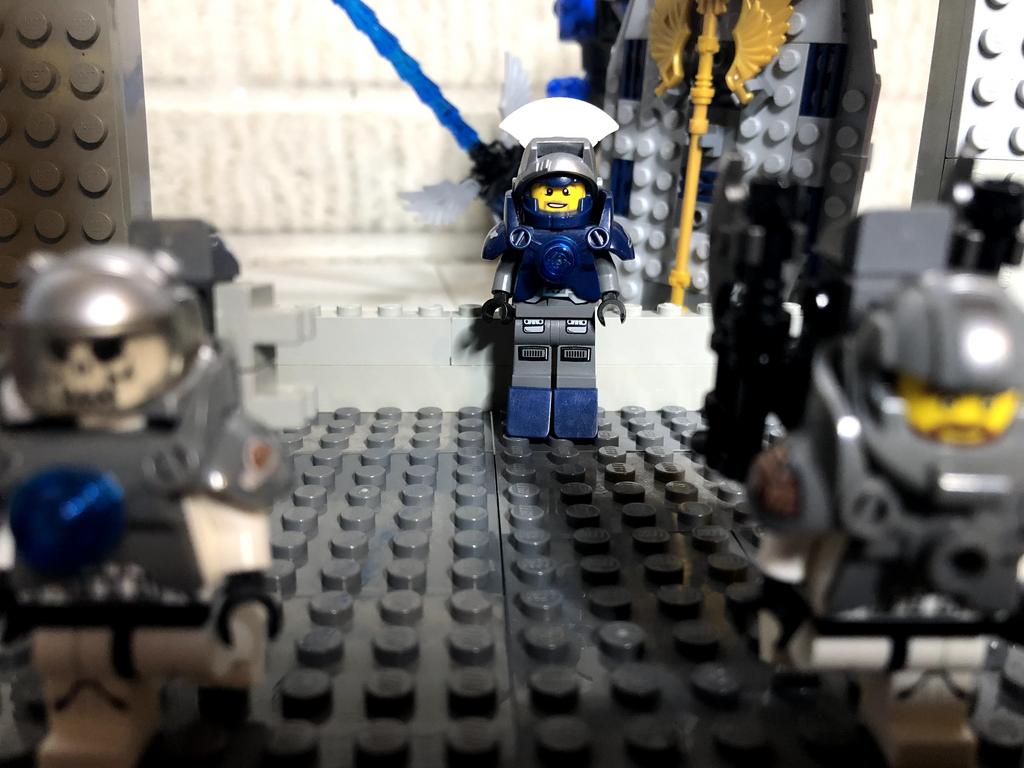 The Heroes depart, footsteps heavy with determination. His Serenity watches them for a moment before calling his guard. Before they vanish he gives one last order.

"Bring us glory, Heroes. Show our enemies the meaning of violence." 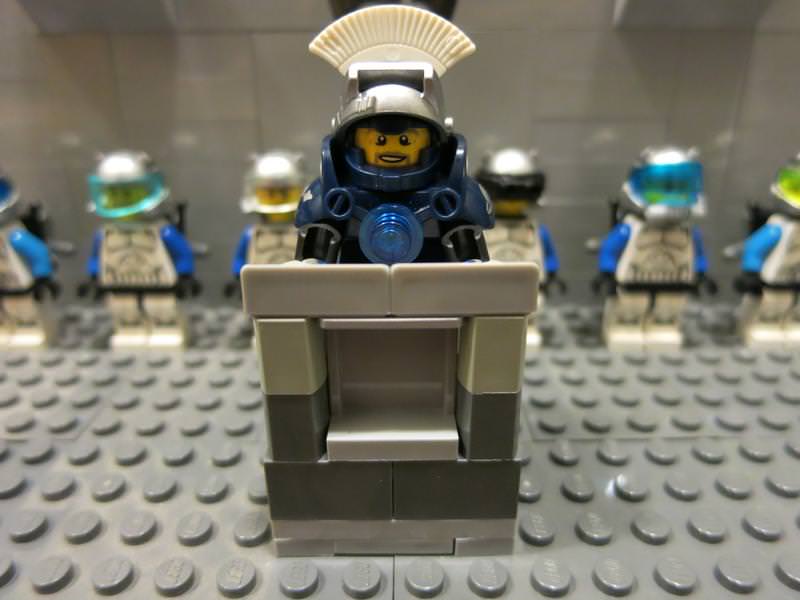 "To the people of holy Skion and her twin moons, greetings. I have come before you today with news of the utmost importance, news you have waited for with baited breath for far, far too long.

"I have issued a challenge of war to an interstellar foe.

"Whether or not this foe decides to bear arms against us is inconsequential. This foe may decide to ignore our challenge and direct his armies elsewhere.

"But it will be at his mortal peril.

"We will attack this enemy. We will break it against our fleets and demolish it with our guns and blades. We will smite him out of existence just as we fought The Swarm to nothingness.

"Welcome back to war, my fellow Skion. Our preparations have not been in vain."

Re: And so We Stand on the Precipice

In the grimdark year 2020 there is only collaboration

now to find some power miner helmets...
I make apocalypses and apocalypse accessories.