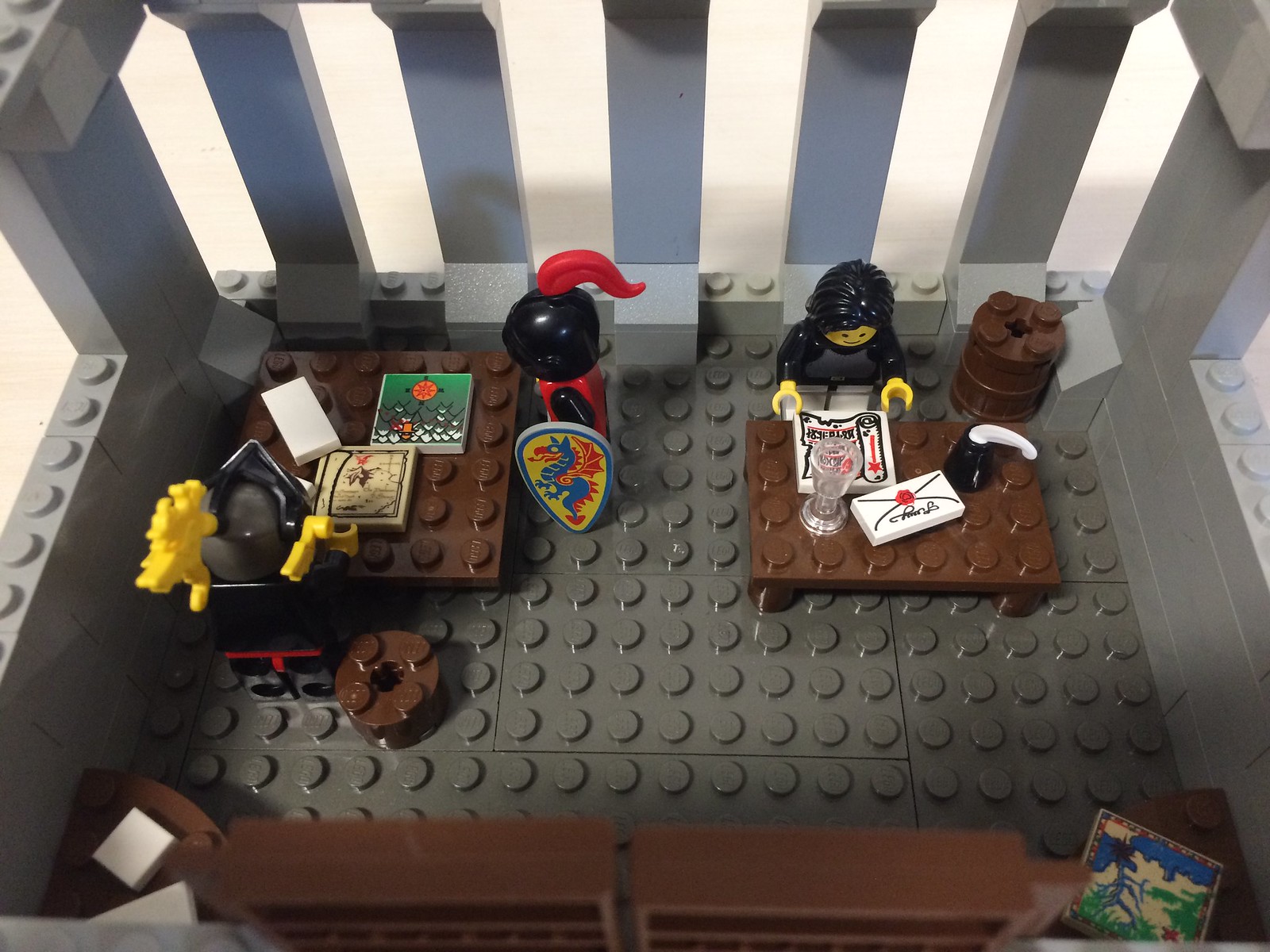 War room of the Black Knights. The King and several of his generals are pouring over maps and letters. 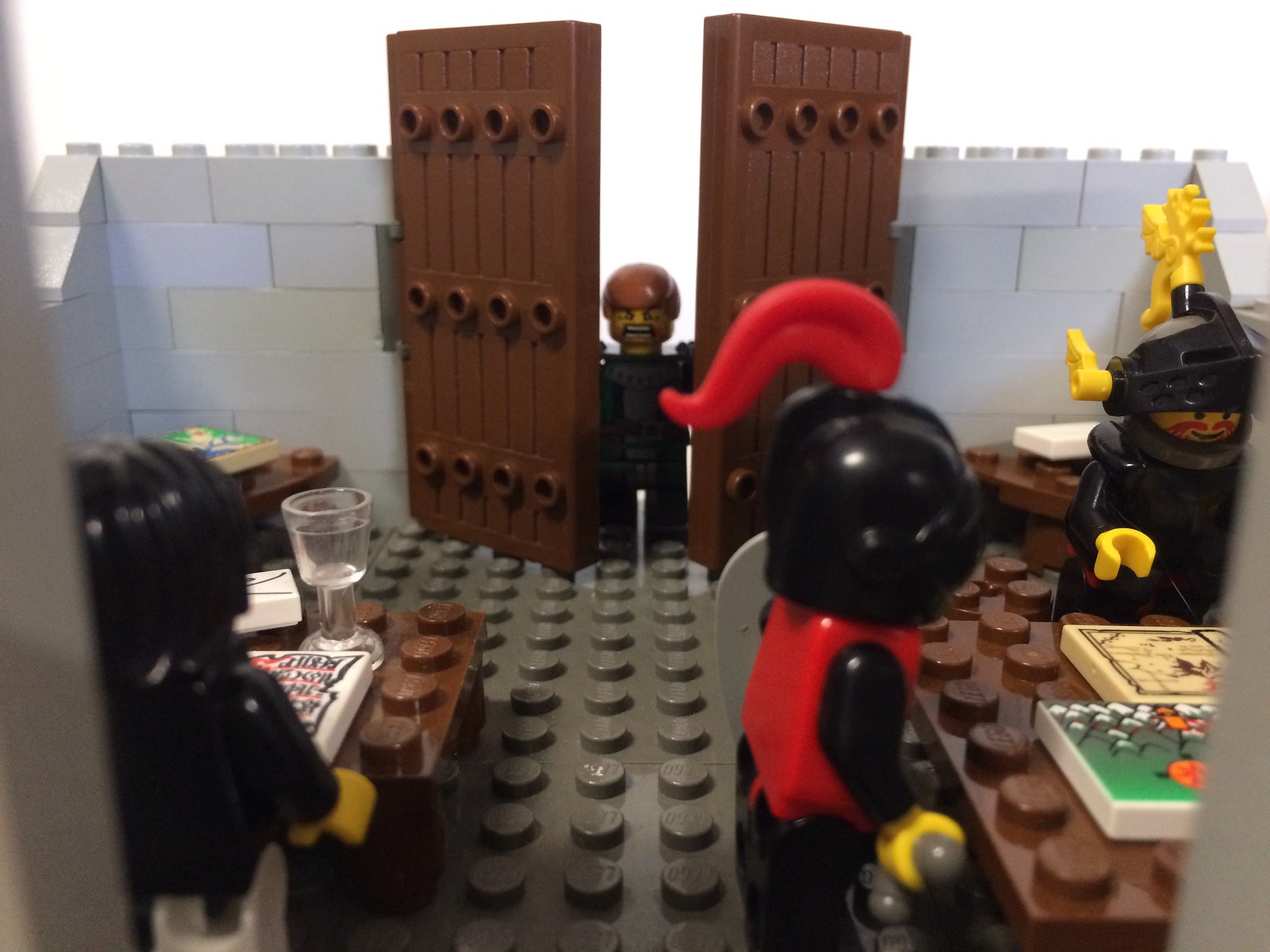 Suddenly, the doors swing open with a bang as someone rushes in. 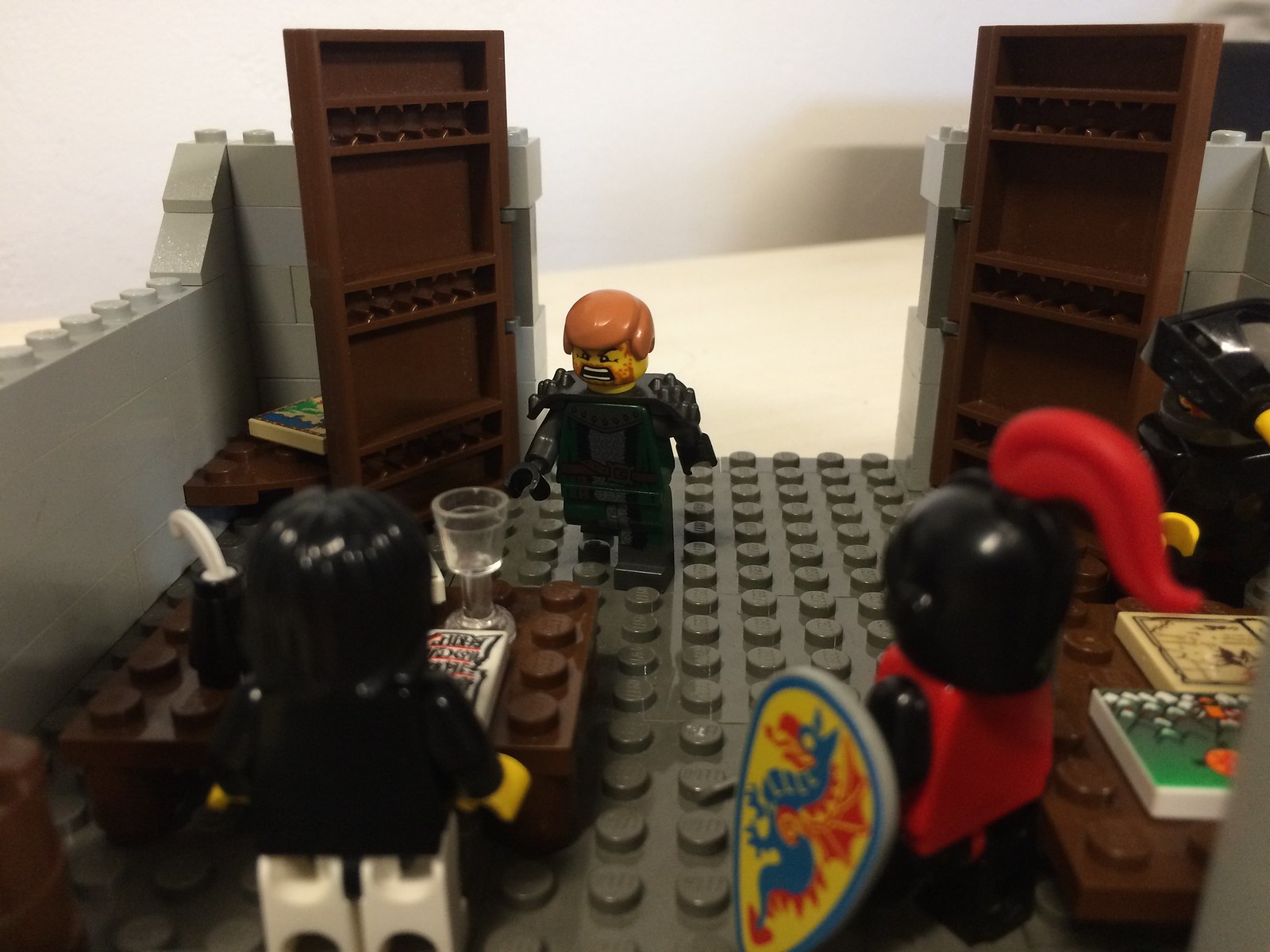 White King: "Ah! Sir John! What news do you bring?" 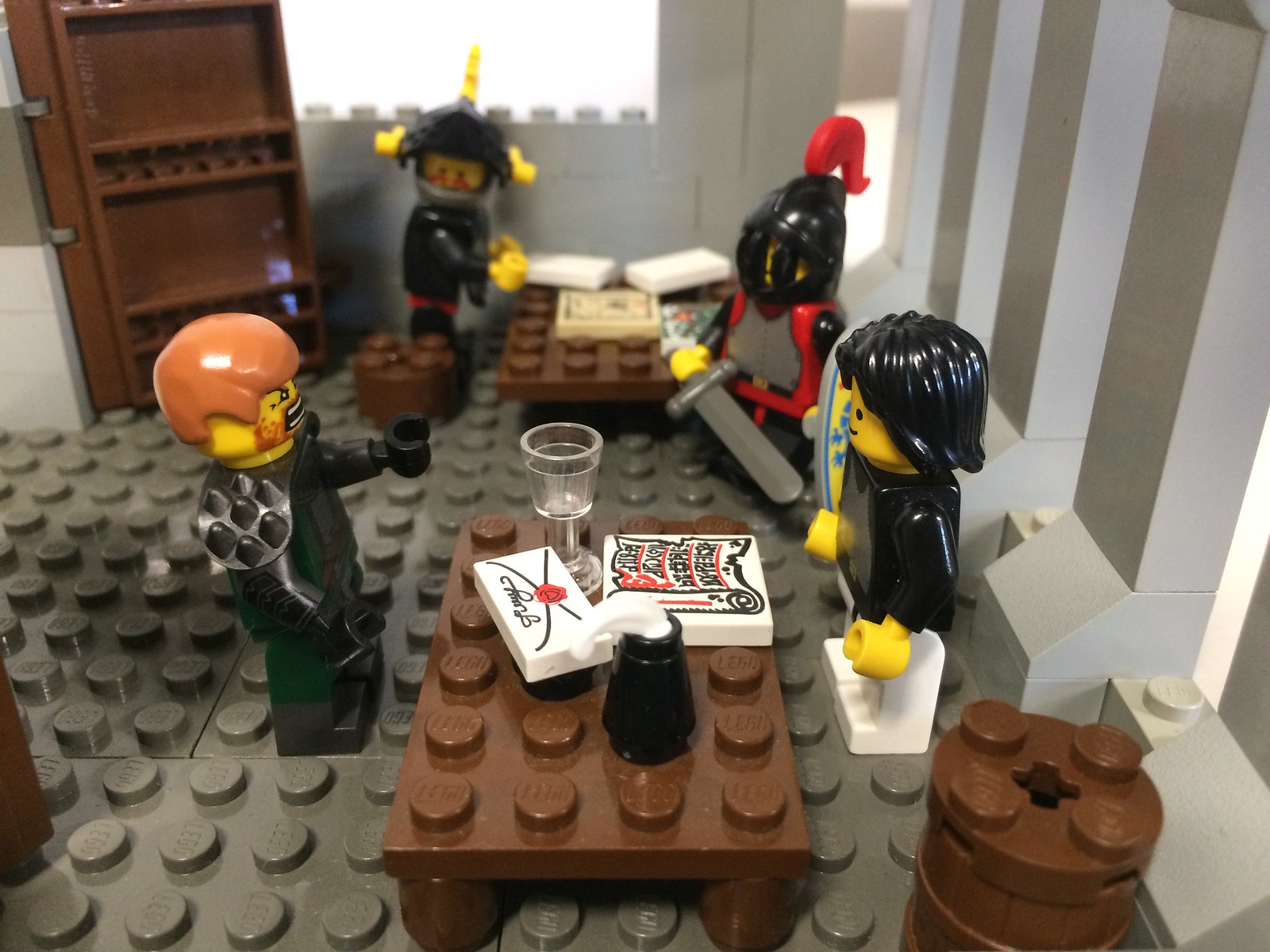 Sir John: "Mi'lord, while on a routine patrol about a week ago me and my soldiers came across some men in the woods. They were wearing black cloaks and hoods. I ordered my men to stop so we could eavesdrop on their conversation. They were talking about a coming ambush and how the undead forces number in the thousands. We speedily returned to the outpost and I rode here as fast as I could." 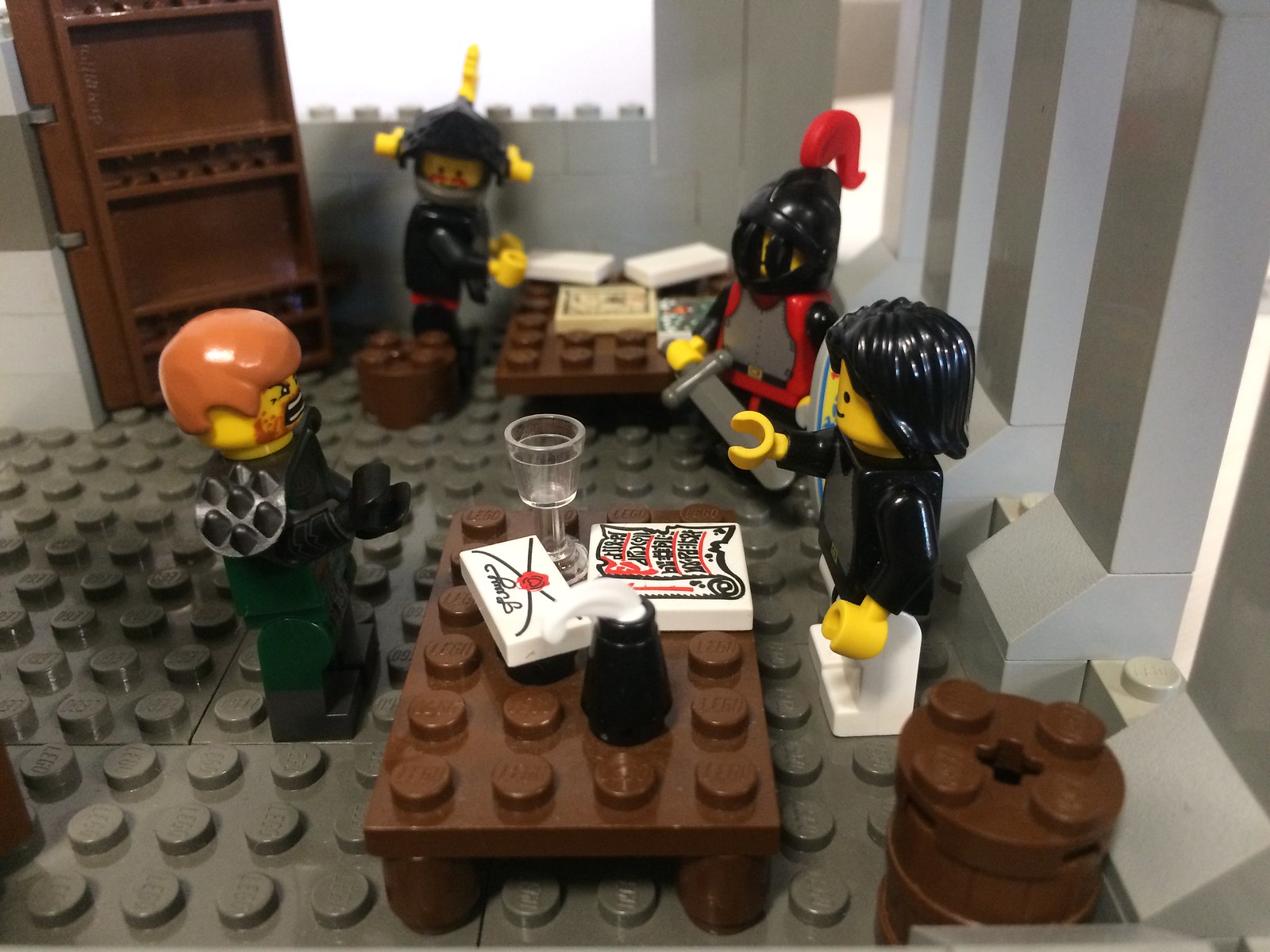 White King: "What? I thought we destroyed the leadership of the undead at the Battle of the Twin Peaks. We killed every single one of them. How do they replenish their ranks so fast? Are you sure of this.?" 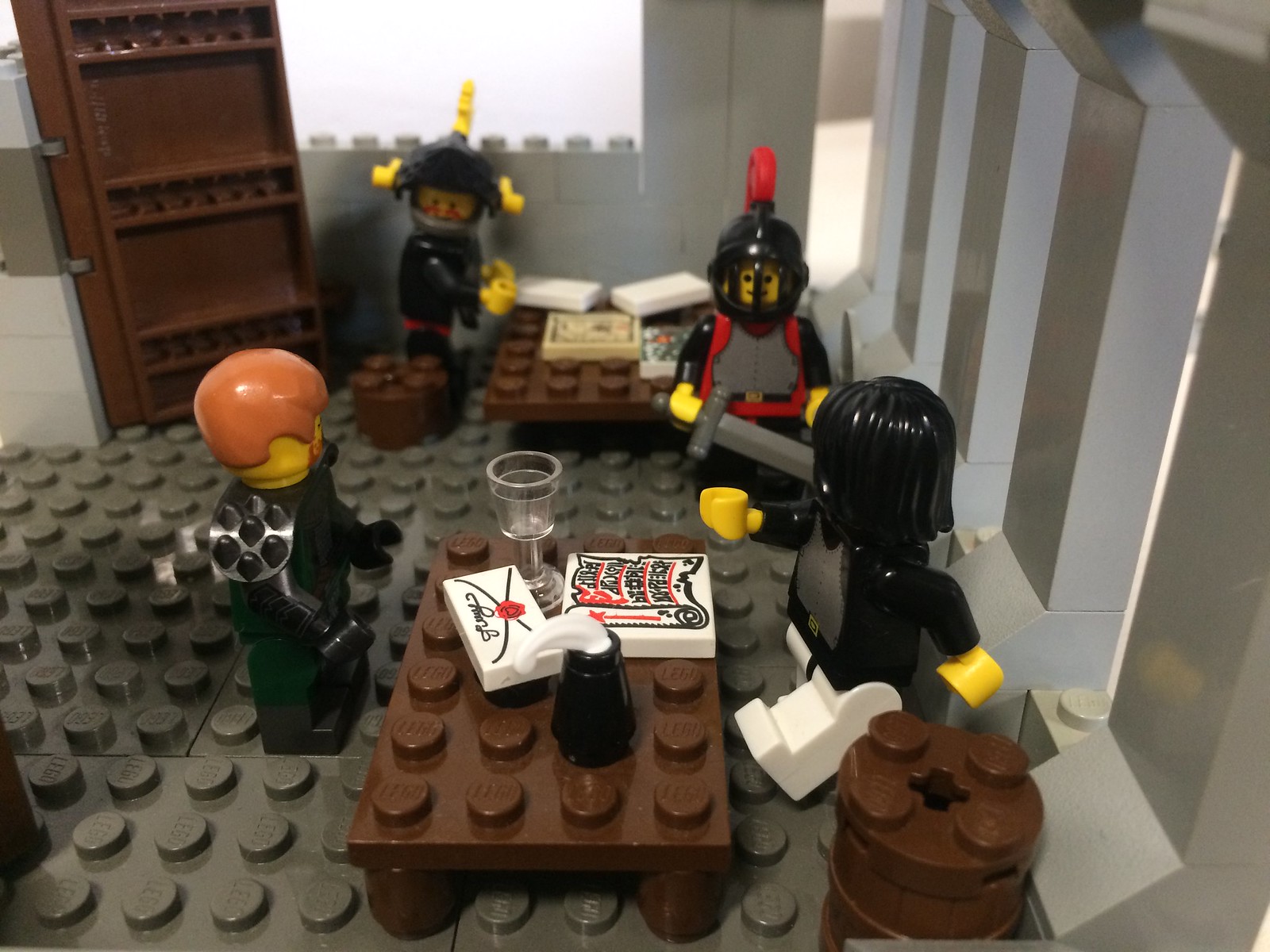 White King: "I trust you. We can never be too safe." (turning) "Have our border patrols doubled, and run patrols twice as often. I want our border secure!." 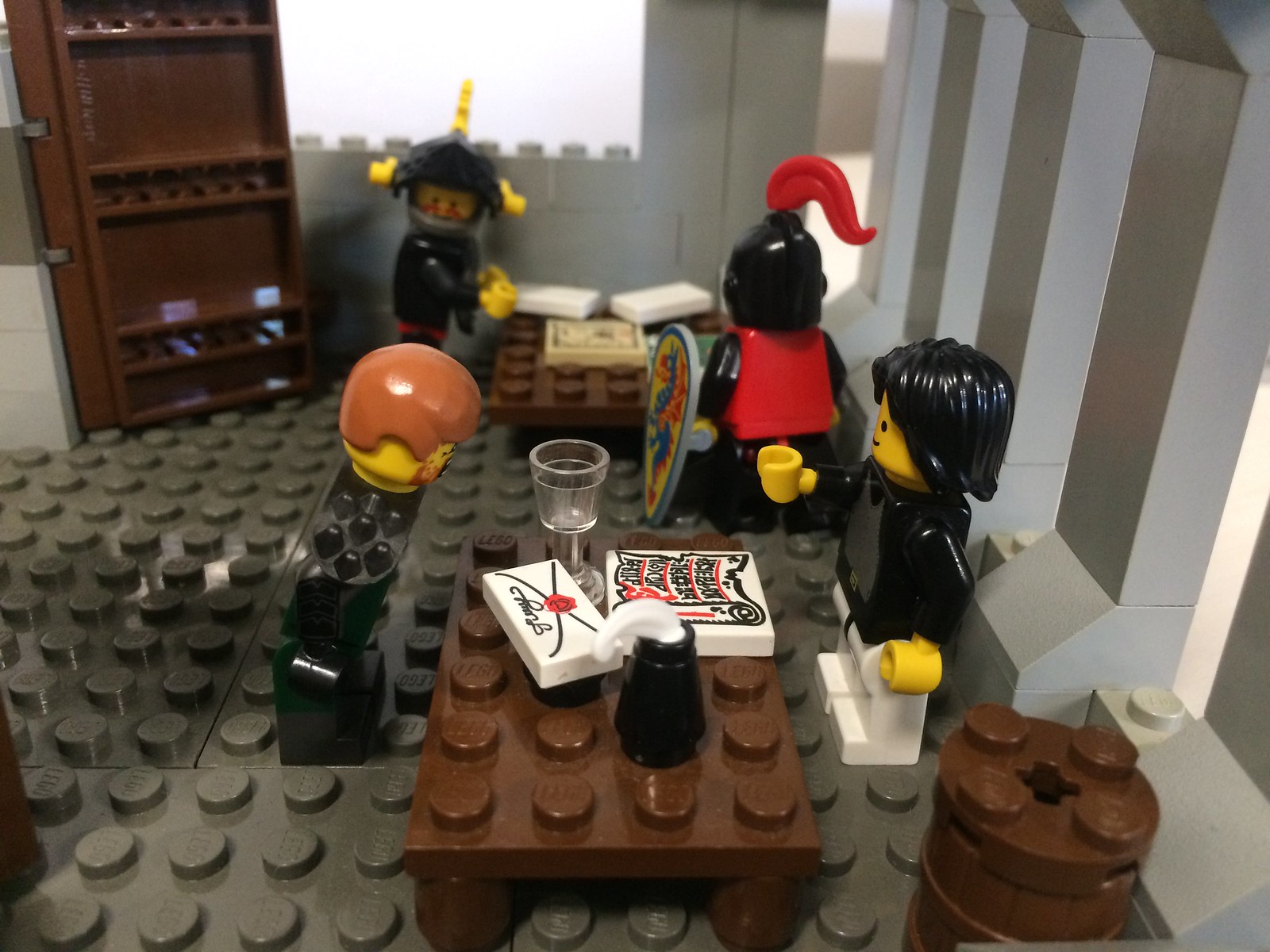 White King: "Excellent. Well John, return to the same area where you saw those men, and try to pick up any trail or clue to their location. We need all the information we can get."

Cool room design! Story's starting off nice, I get the feeling Sir John's either going to be an important character or instant zombie chow.