Digging the main turret of the new Orpheus. The gunner's seat is pretty nifty too!

Time to get some marines to majestically exit the beast and engage some Immortals, Scythe.

Did the Poles sell you their laser design? Amazing detail btw.
I couldn't come up with anything smart, original or funny, so <=THIS=> is what you get.
ENJOY IT!!!
Top

The Shadowscythe wrote:A non-Writing post this time around, an LDD mock-up of the SpecOps soldiers invading Heavens Reach.

For those who enjoy the "Dark Side" of the Scythian Empire. 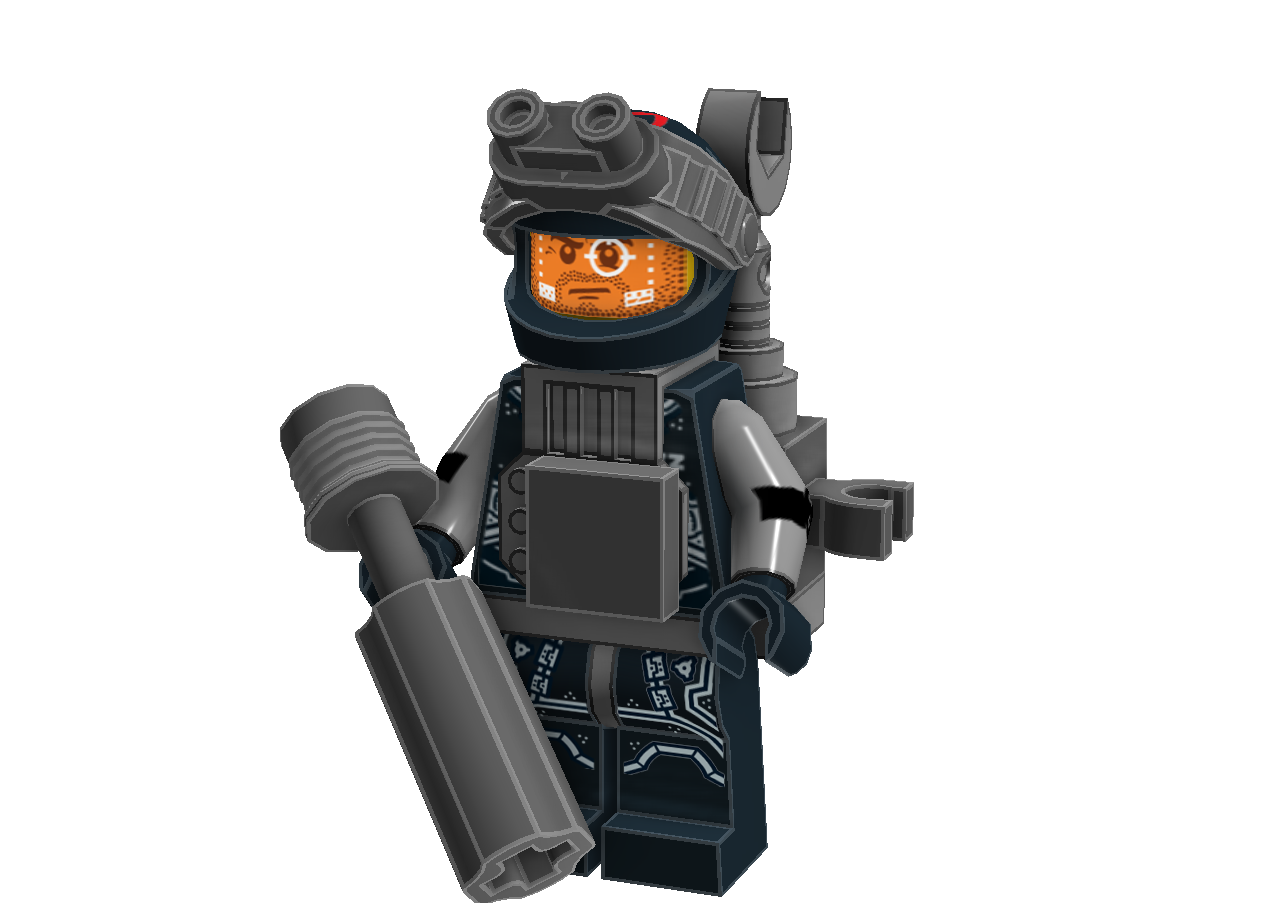 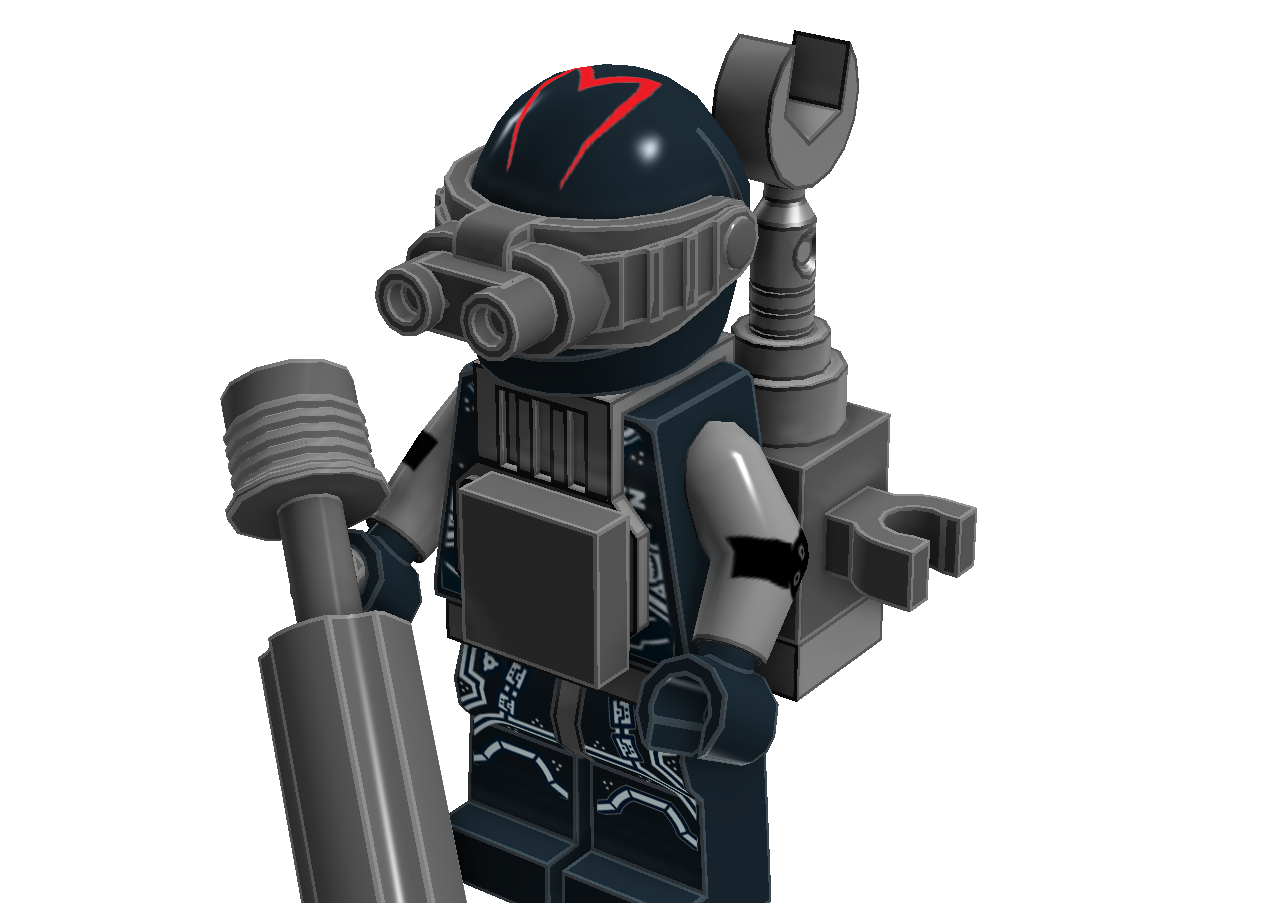 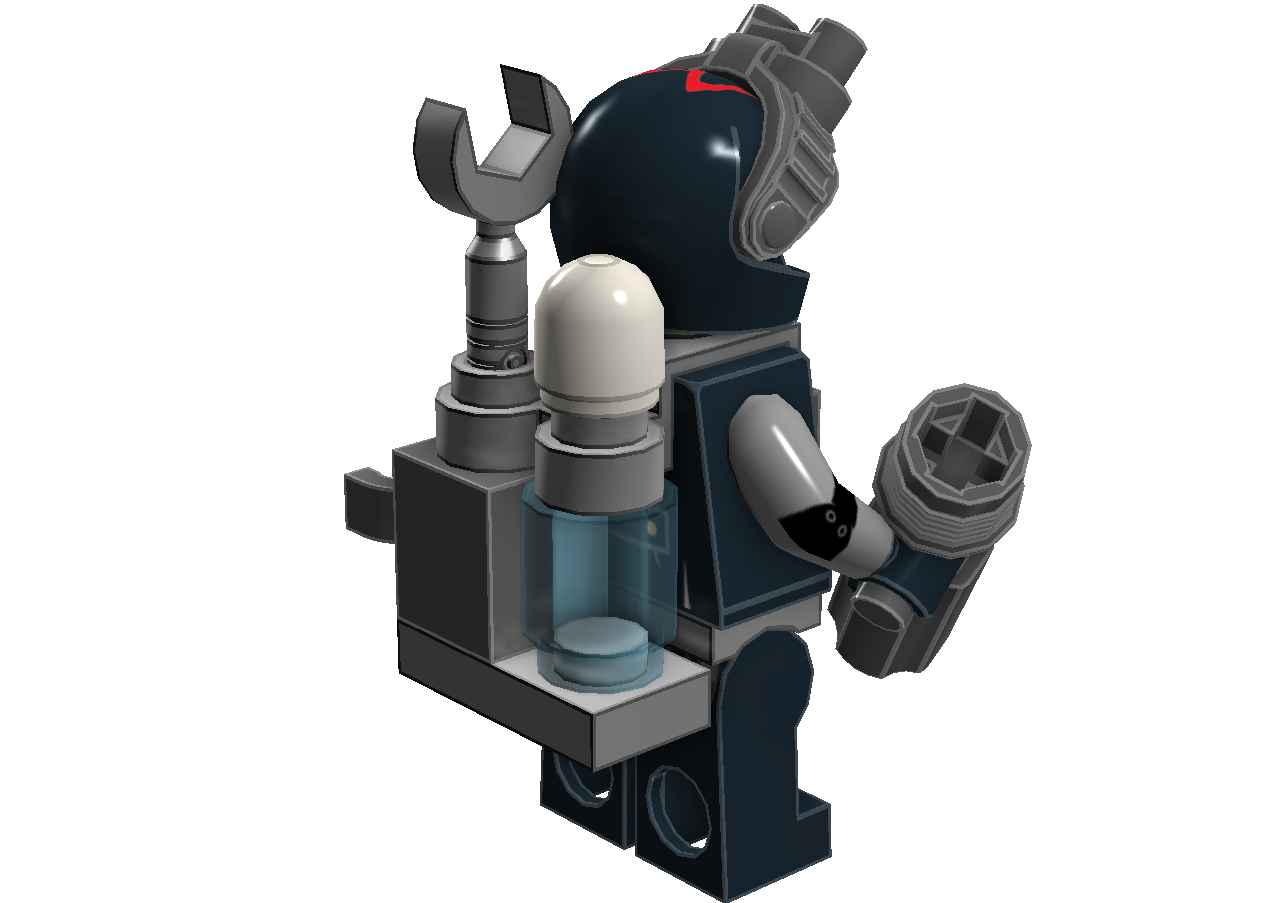 A Copy/Pasta from Betrayals - because I fancied me an LDD quicky.
-- WARNINK -- LINK BELOW IZ KNOWN TO CAUZE HEMMORAGE -- 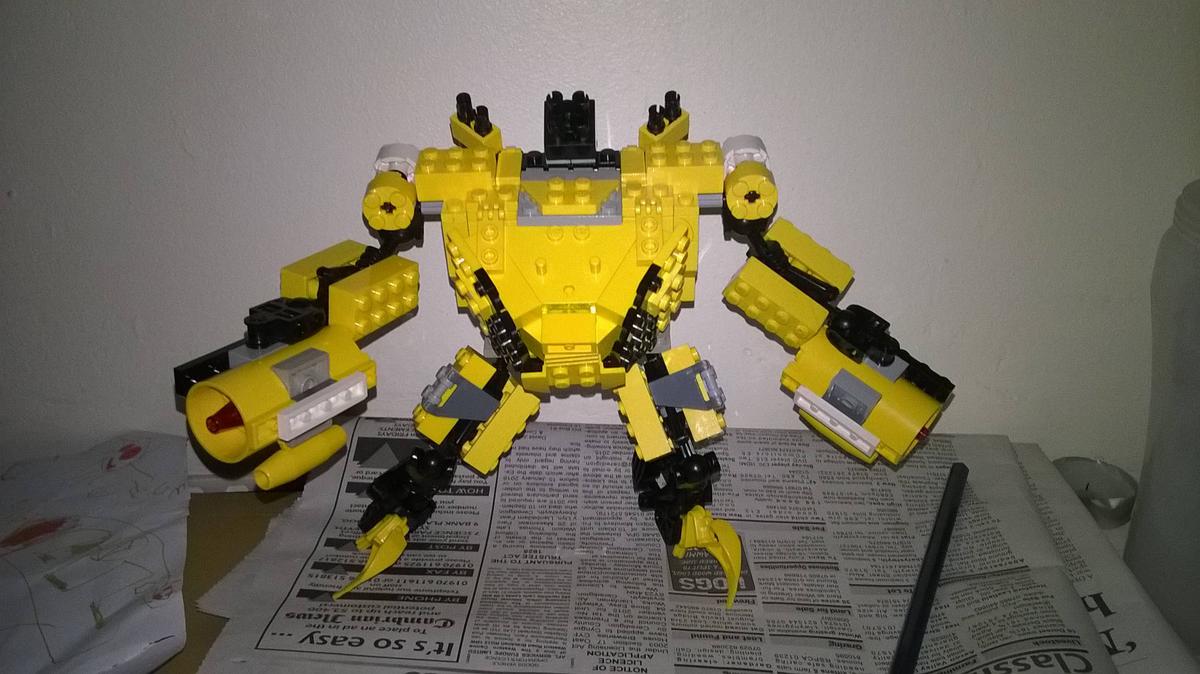 News from the front is that the Briktopian "Isotope" class Battlemecha is no longer in the Prototype phase - it has entered full production. 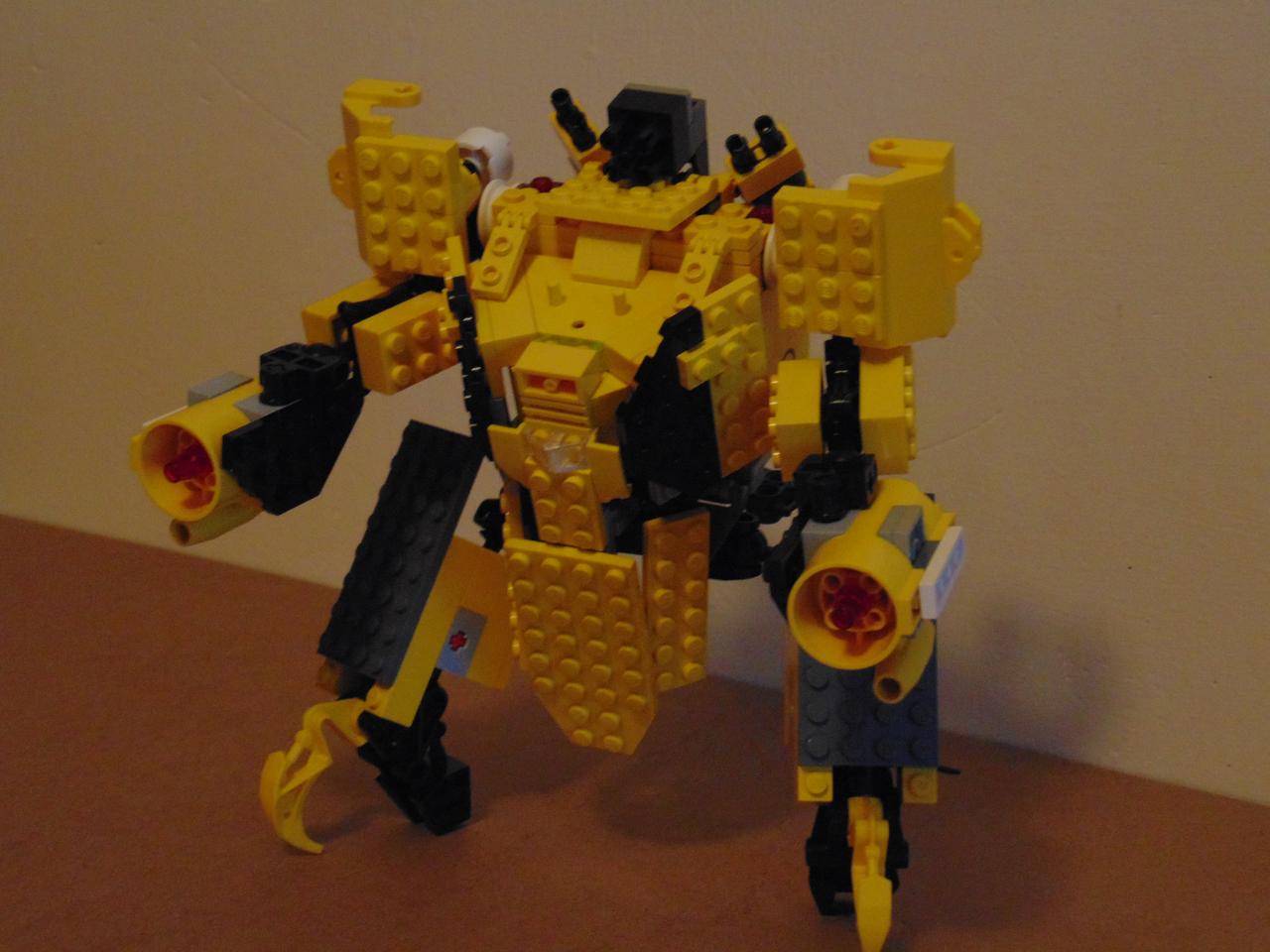 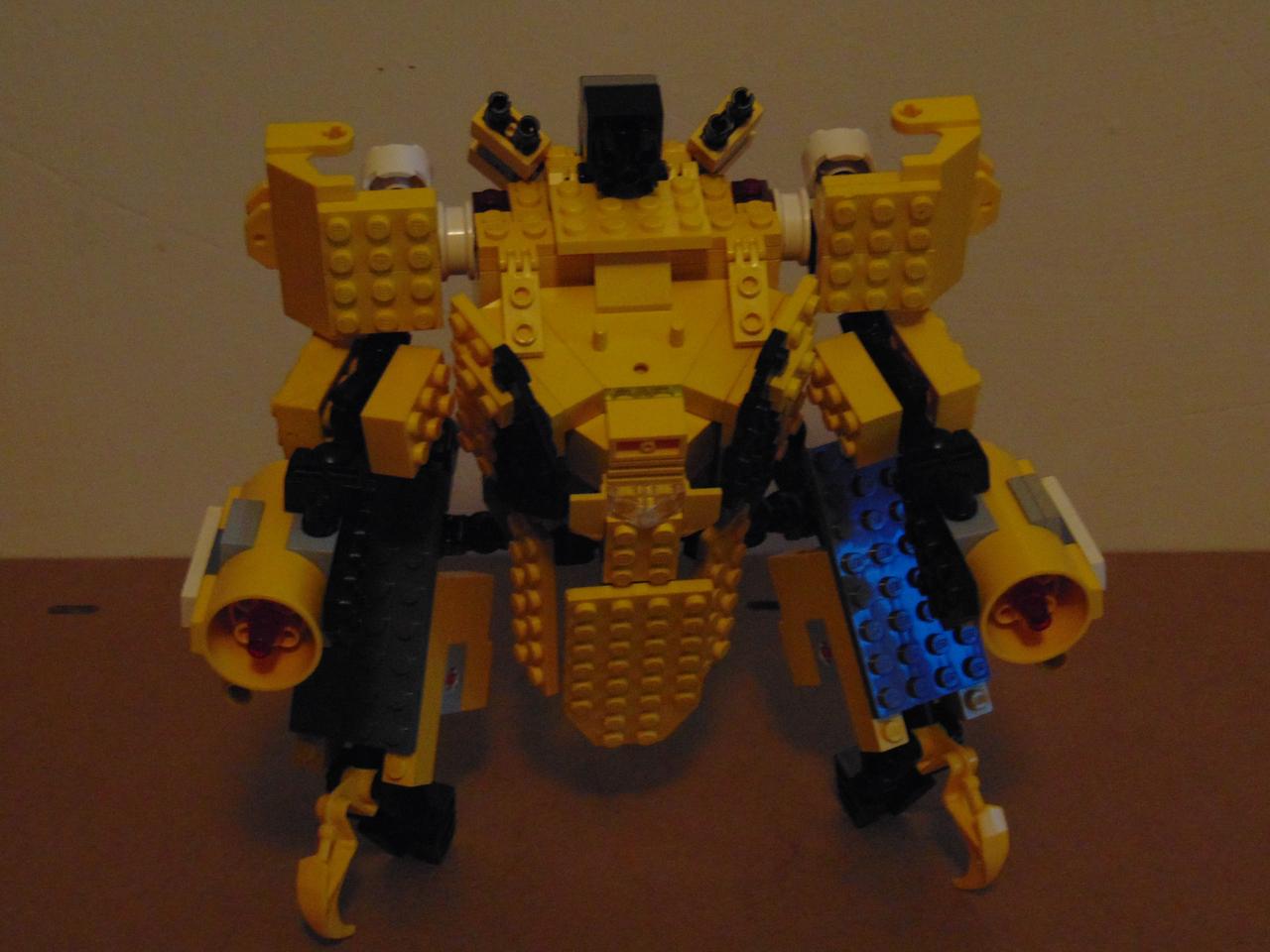 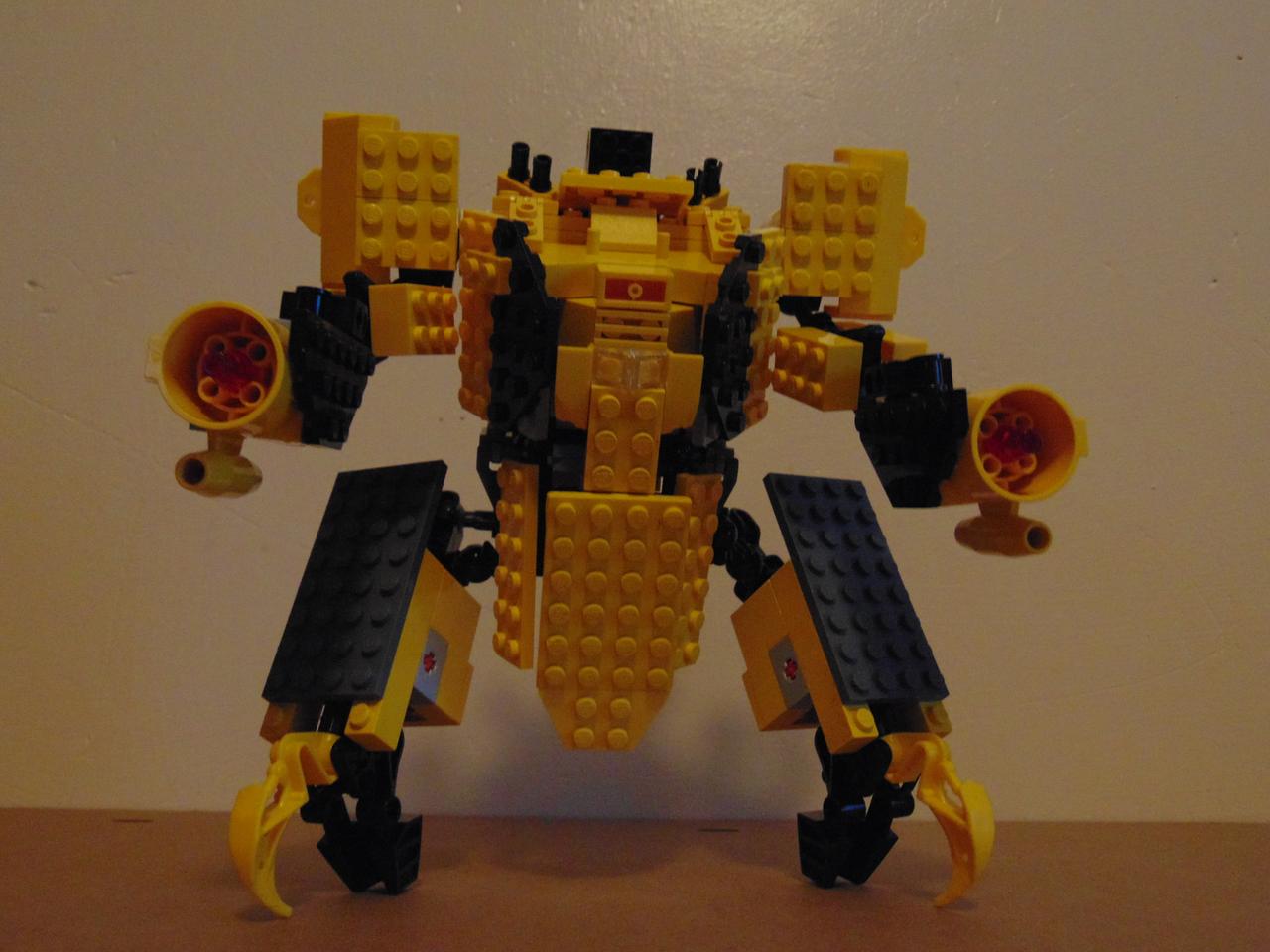 Extra Armor Plating has been installed as well as multiple system redundancies to ensure the running of the combat machine matches the combat potential of those utilized by other nations. 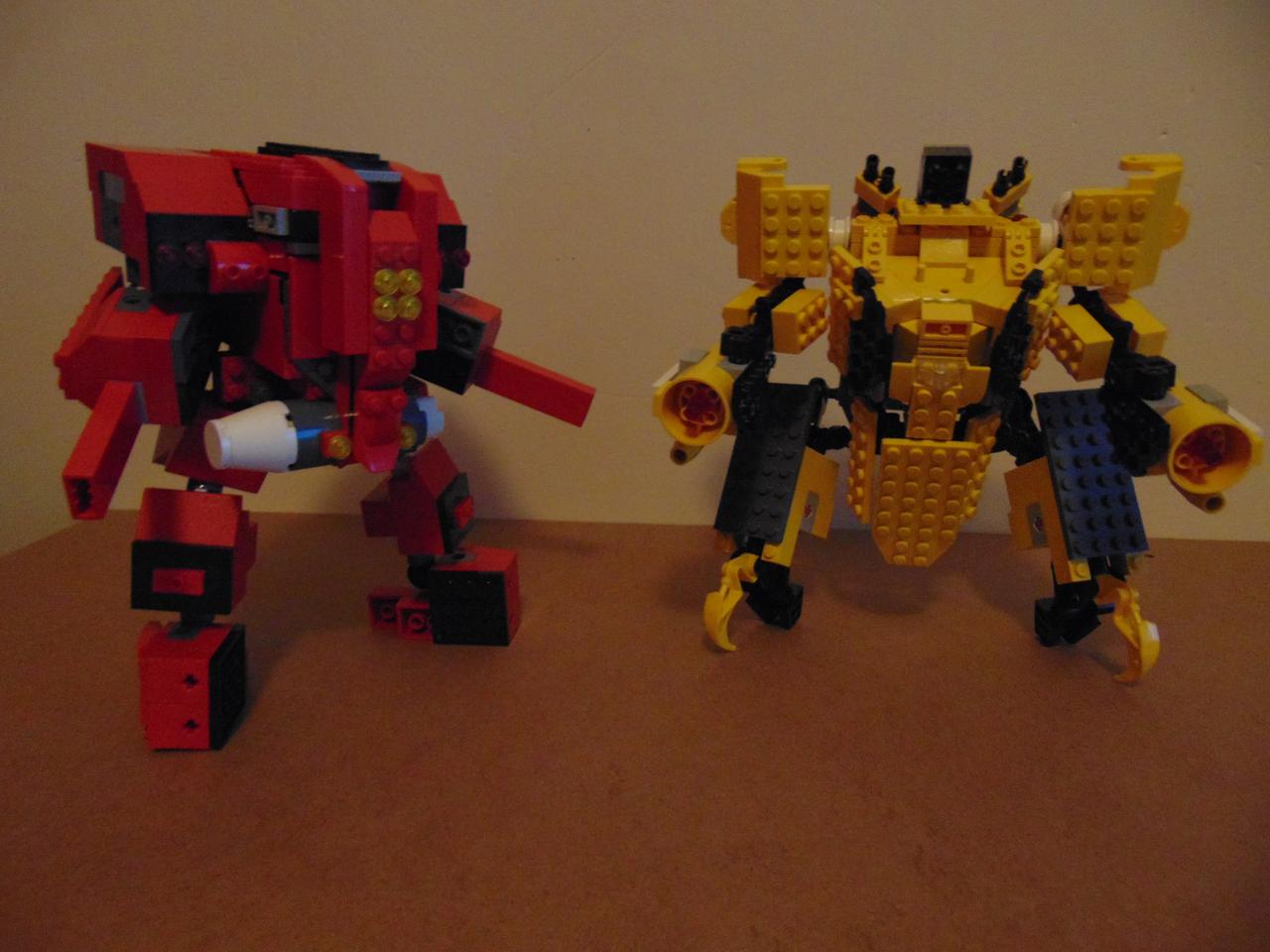 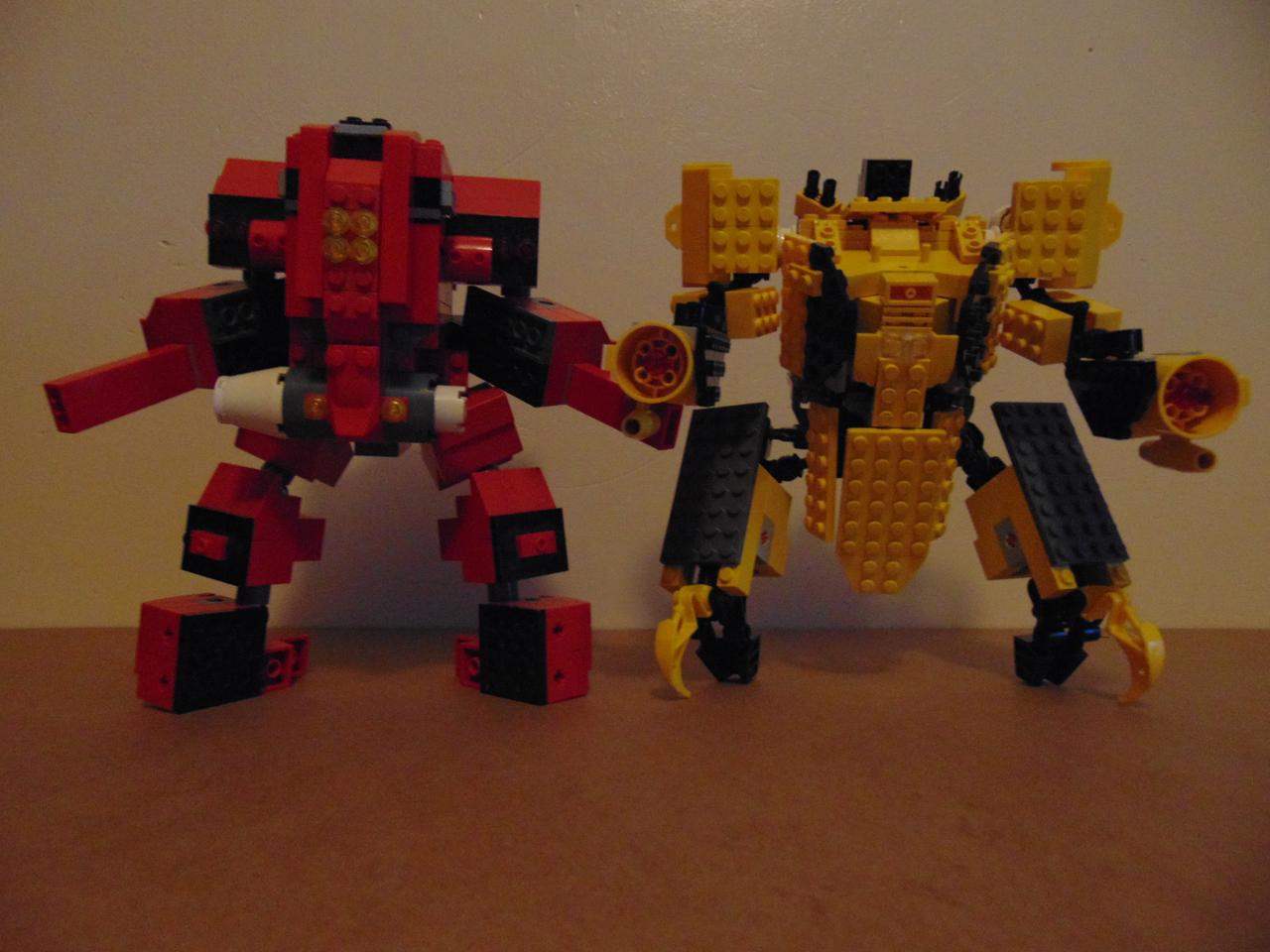 As can be seen it's armor is more substantial than previous - but it still relies on it's internal shield generators for protection - it's main emphasis is speed and firepower. It is the glass cannon of the Briktopian forces.
-- WARNINK -- LINK BELOW IZ KNOWN TO CAUZE HEMMORAGE -- 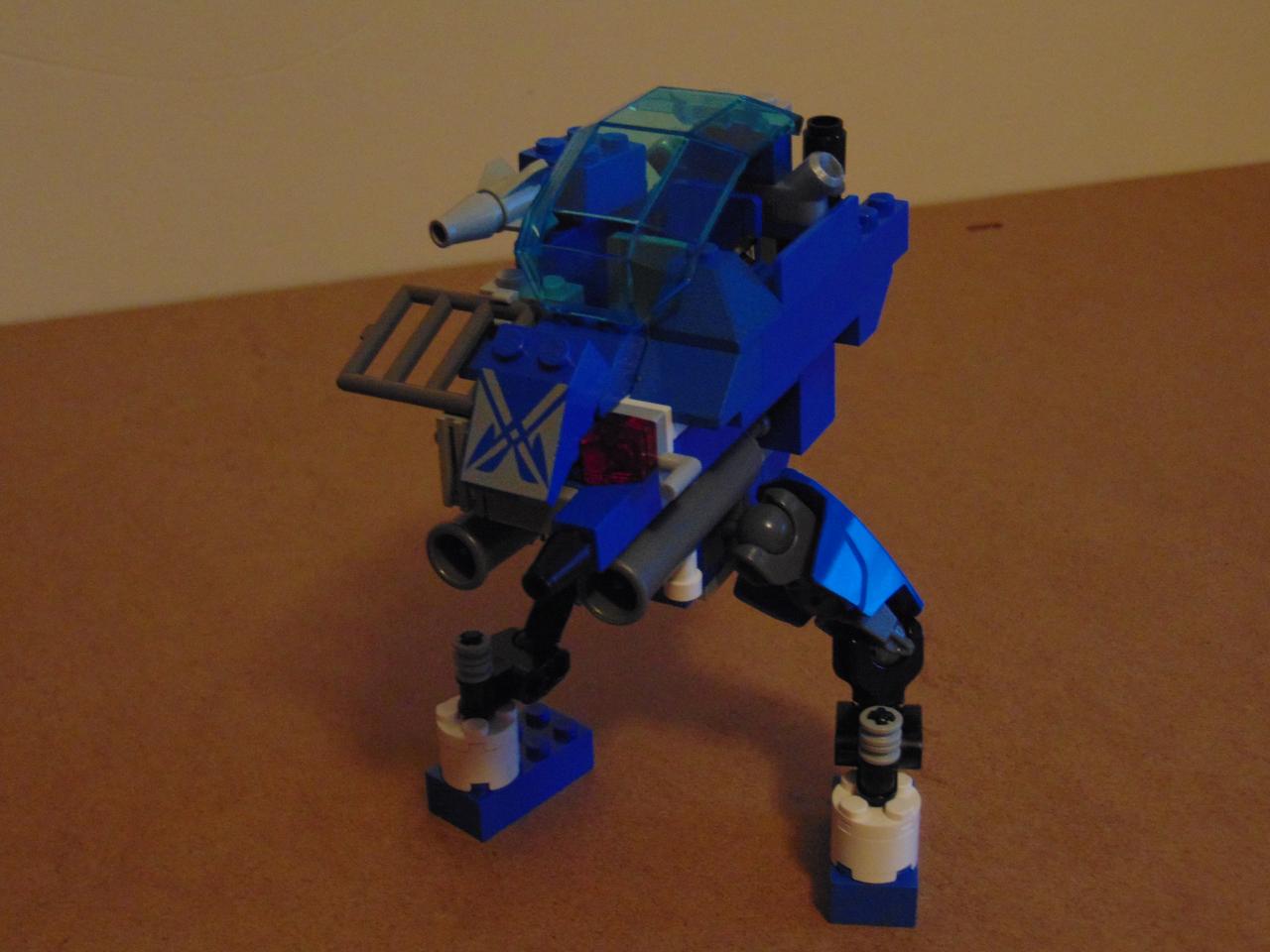 Not to be out-done with the loss of their recent combat mecha in conflicts with the United Systems Alliance and Celestial Kingdom - the Britannians have taken a step back from sheer technological aggression to something more mass-producible in the field. 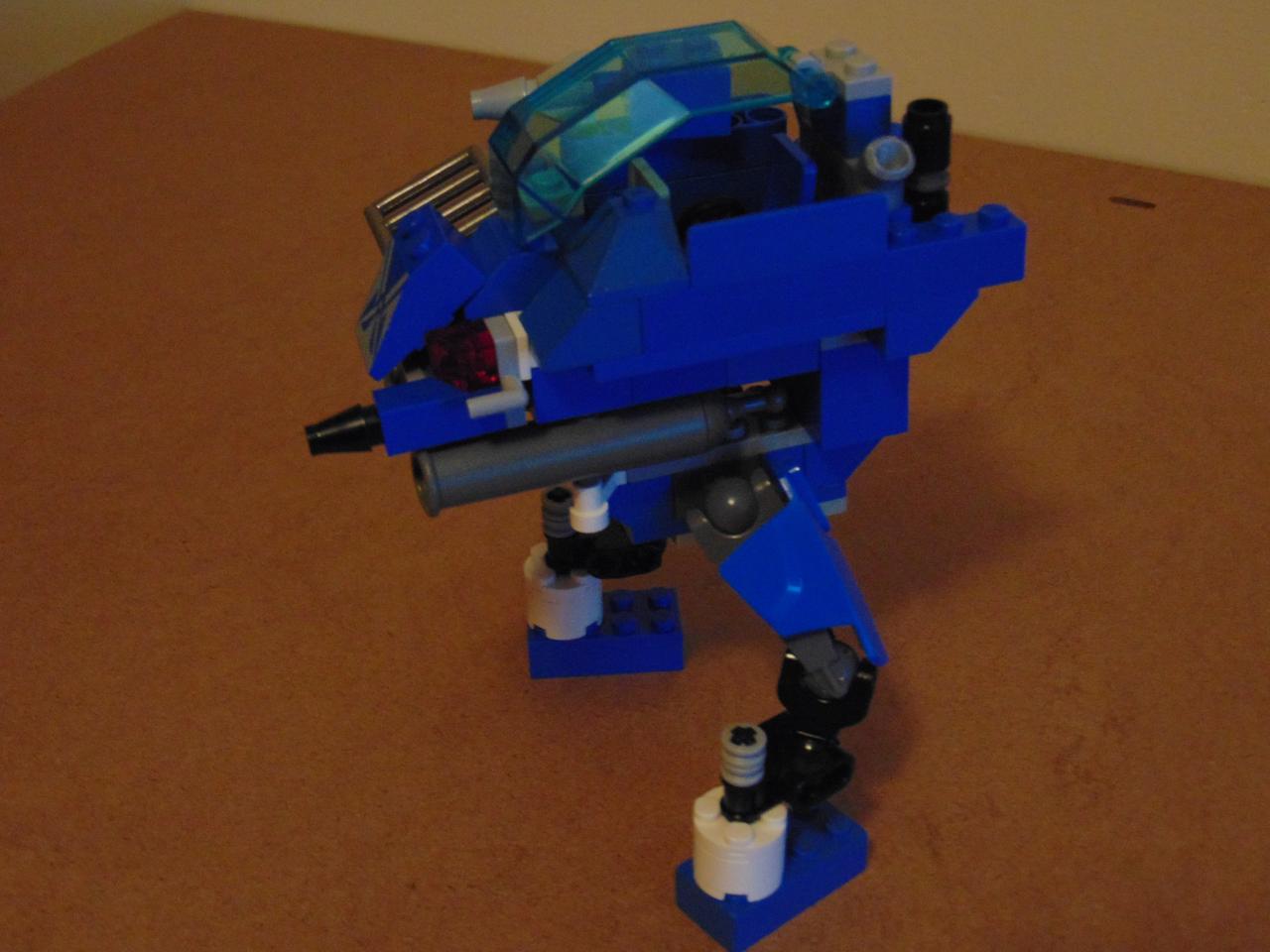 The result is the "Gnut" class combat walker - a two man walker, one pilot and one gunner that exists as nothing more than a walking platform for it's belly mounted heavy canons. 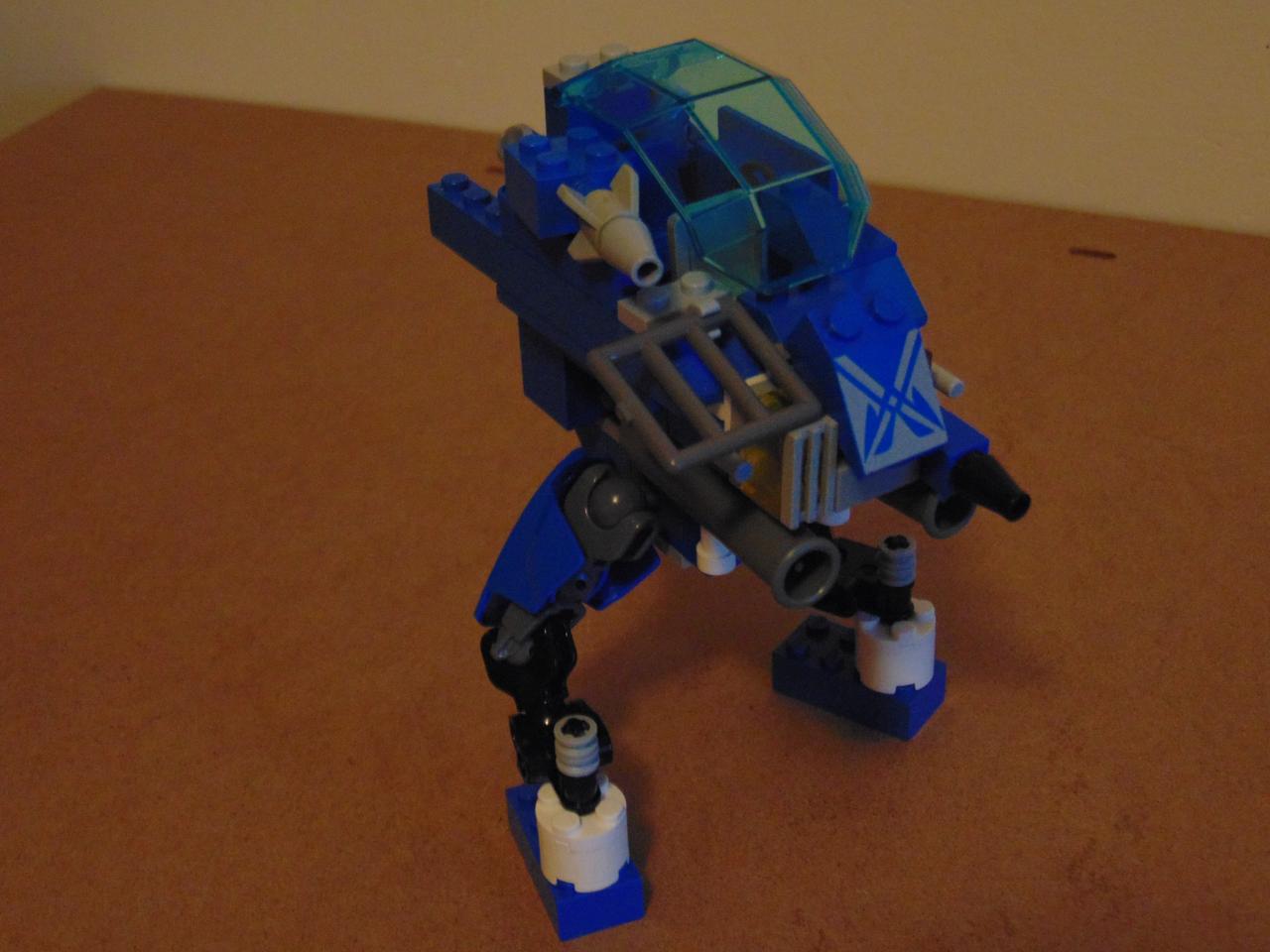 It has little in the way of armor and not much in the way of combat potential - it's only saving grace is it's speed - which it can use to get into position and fire it's twin canons and single rocket before it uses it's machine guns to cover fire and get the hell out of combat again, hopefully to reload it's main guns and try again.

So far it remains to be seen if these combat tactics actually work in the field.
-- WARNINK -- LINK BELOW IZ KNOWN TO CAUZE HEMMORAGE -- 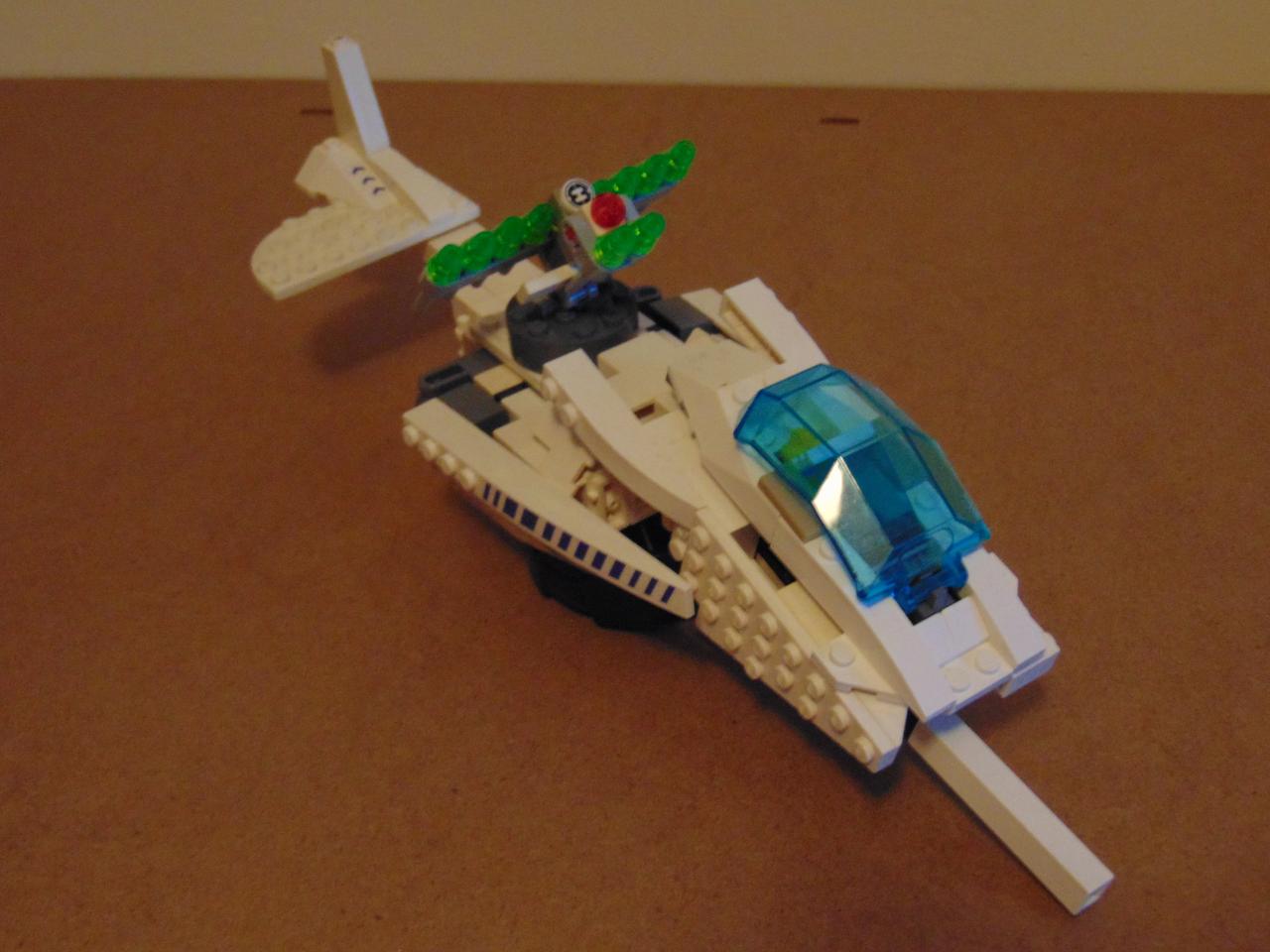 With the Trattorian expansions and conflicts into nearby empires and systems it eventually became inevitable that the greater empire would look for cheaper ways to control the populations of "Lesser" worlds without having to employ masses of important (and expensive) Trattorian soldiers, drones and equipment - and most importantly of all - technology the enemy could possible steal and patent for themselves. 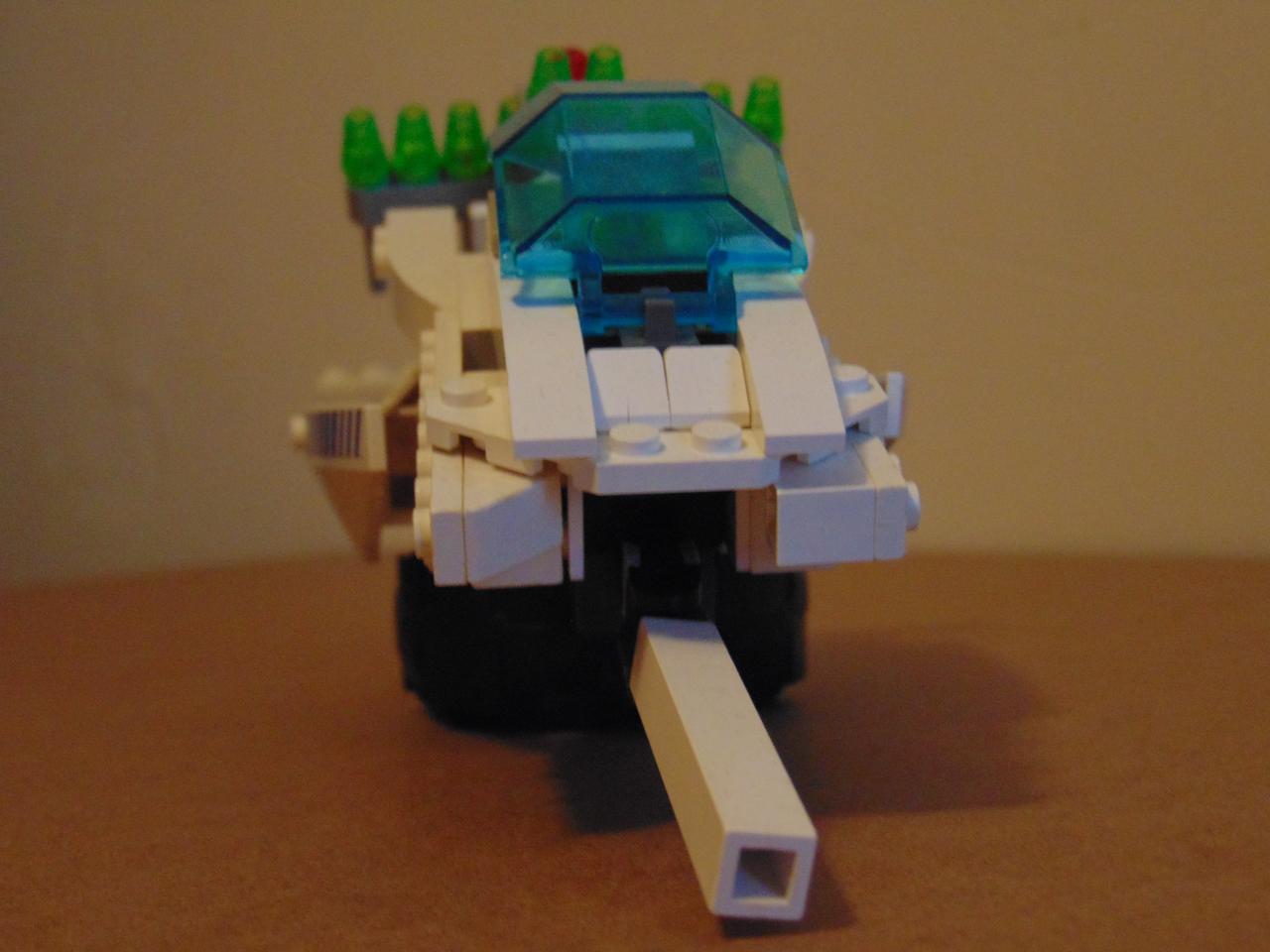 The result of multiple Trattorian "Think-Tanks" came up with a concept so rash and unthinkable several of their best scientists had anyurisms because of how brilliantly stupid it was . . . or stupidly brilliant.

Why bother sending over the best they had to hold worlds after they had pacified them when they could simply send over lesser units and technologies to hold planets long term? Thus leaving the greater armies to move onto new targets.

The "Uno" Gunship is for lack of a better term the "Mall Cop" of the gunship world.

It is easily transportable, powered and kept in flight with an anti-grav ring based off of centuries old Scythian technology (thus utterly evading patent wars, with it not being Trattorian technology) and simple enough for even conscripted security to use, upkeep and maintain. 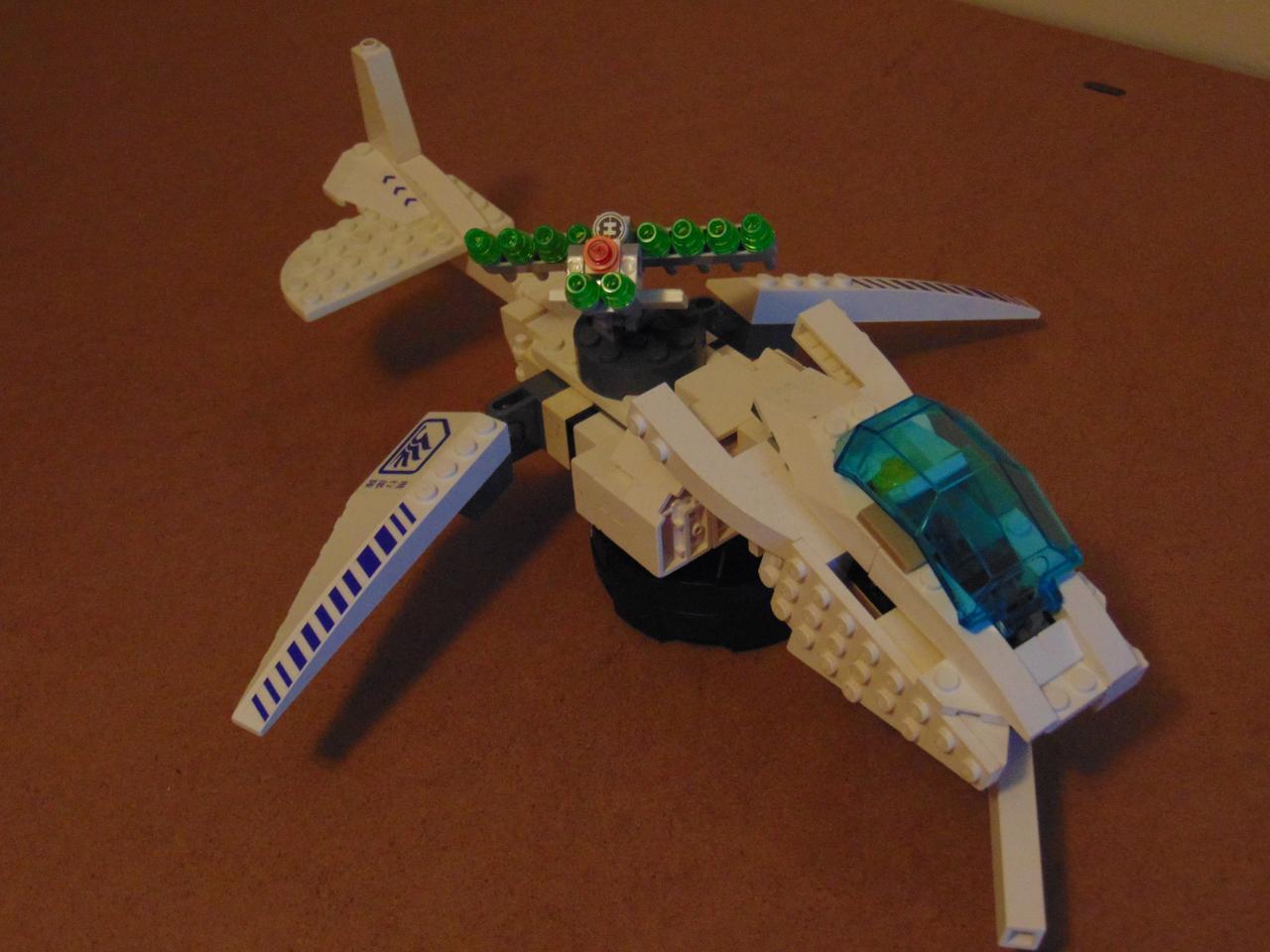 It is armed with a single nose mounted railgun on a pivot turret and a missile rack armed with ten self-guiding GT missiles. All the pilot needs to do is point the Railgun in the right direction and the missile launcher will pick the ten most valuable/dangerous targets and blow them to kingdom come.

Armed in wings of 5 - it is more than enough to put most occupied territories back into line and producing goods for the greater empire once more.
-- WARNINK -- LINK BELOW IZ KNOWN TO CAUZE HEMMORAGE --

I like you stuff because it is usually pretty creative and not just tanks. These were awesome as usual.

Totally missed this. I like what i see here!

So the OP is rekt.
Top 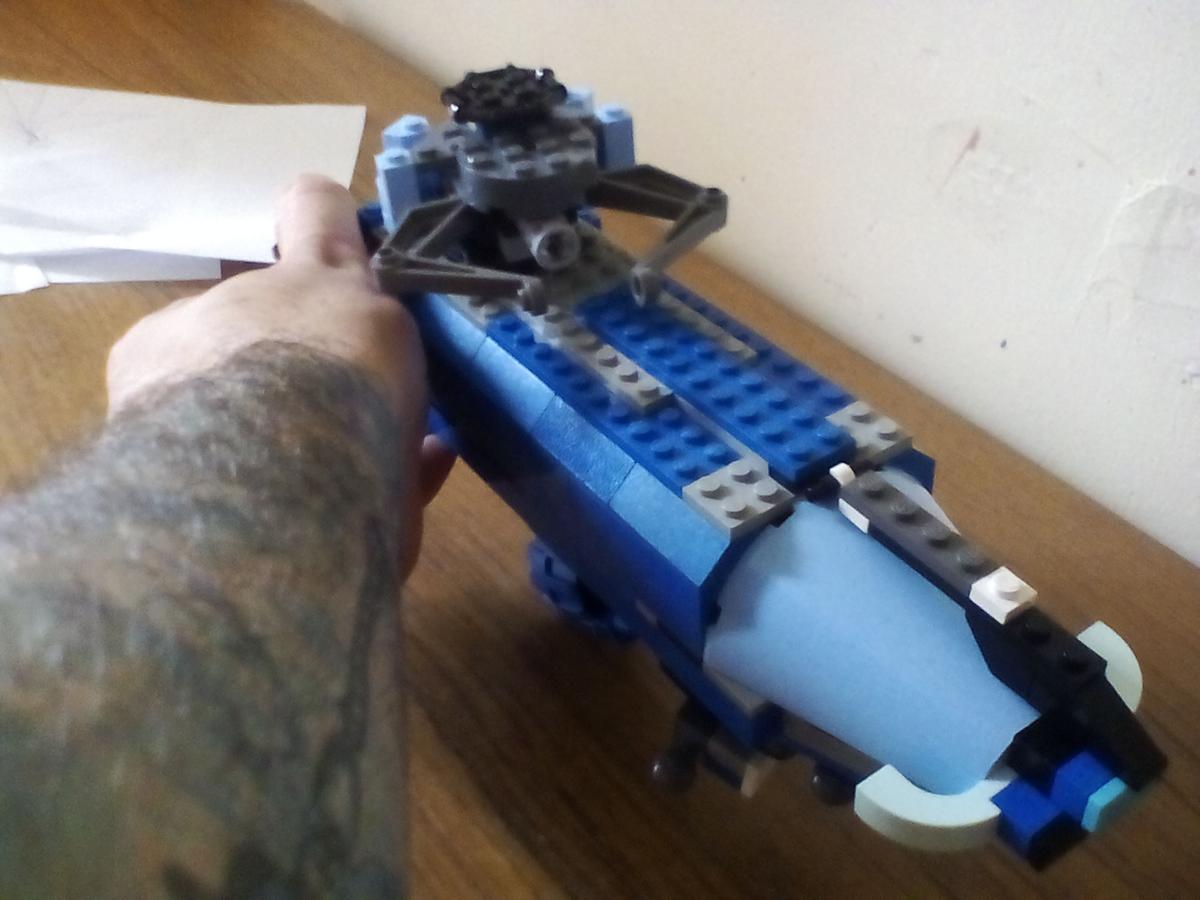 The Genoans are an odd race in the Scythian Alliance against the Immortal Empire - little more than 5 G.R's ago they didn't even know space travel was possible, let alone the intergalaktik wars going on in the great beyond. Today they are still little known but often active in joint operations against the Immortals, commonly joining in ground operations.

When the Genoans where first introduced to the act of warfare in space their leaders and generals in the fractured Genoan family houses where awed and wondered by the Scythian Orpheus SHDT and it's ability to drop a full squadren of troops by dropping directly from orbit to attack the enemy, and desperately wanted that same first strike capability, but simply didn't have the man power or training to do so.

Their solution to this problem was perhaps one of the luckiest clusterfucks in the world of military espionage ever seen. 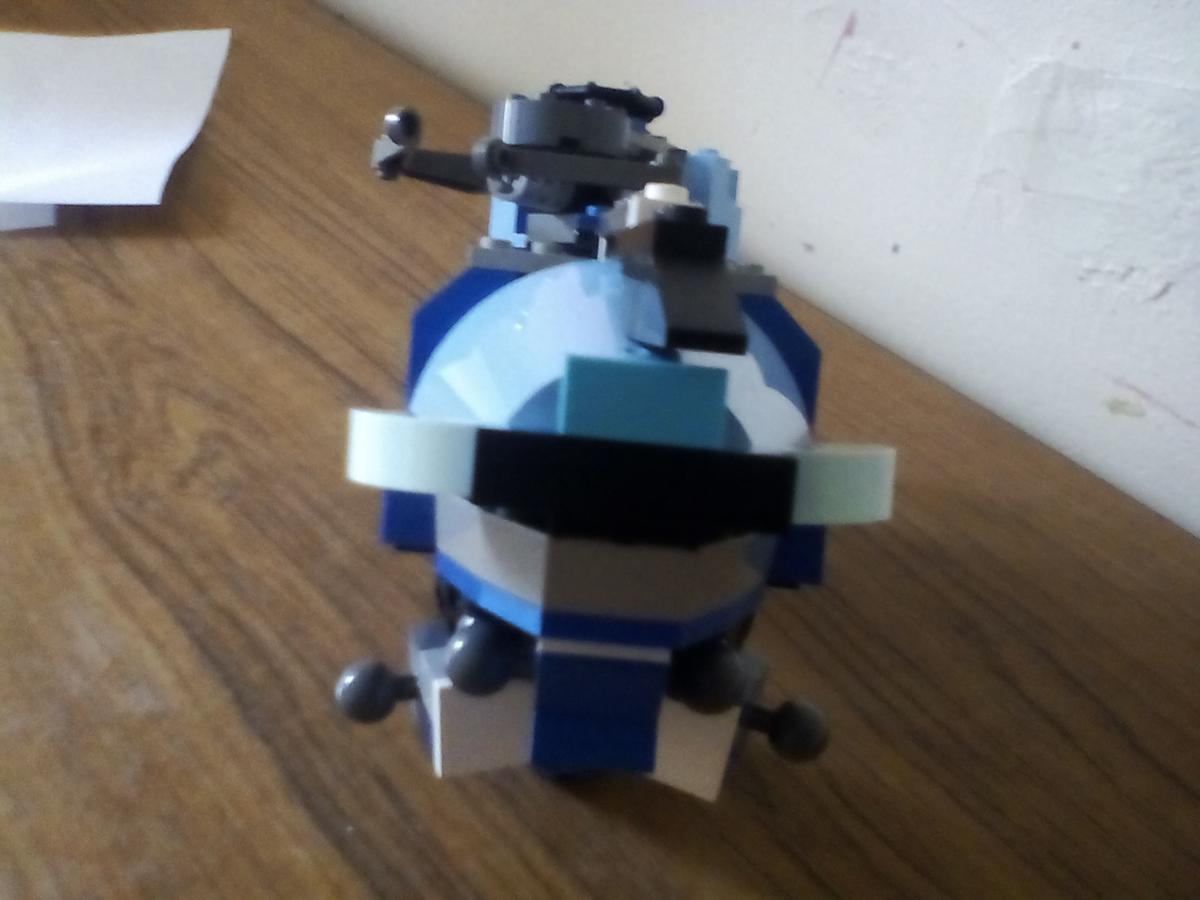 To start with, the vehicles base isn't even a Genoan design - rather it is an adapted Britannian prototype for their own hover tank systems - which the Genoans learned about through Scythian fleet intelligence.

So the Genoans amassed a small fleet of their own vessels, set out to the R&D facility and simply . . . asked nicely for the Britannians to hand them over using a mix of gathered intel and making bullshit up on the spot.

The Britannians, seeing a group of yokels in slightly out-dated ships simply assumed the Genoans where Britannians from another sector . . . and handed them over, along with the design specs and production notes.

It wasn't until the Genoans left the system using adapted Scythian FTL drives that they realized something might have been a little bit iffy. 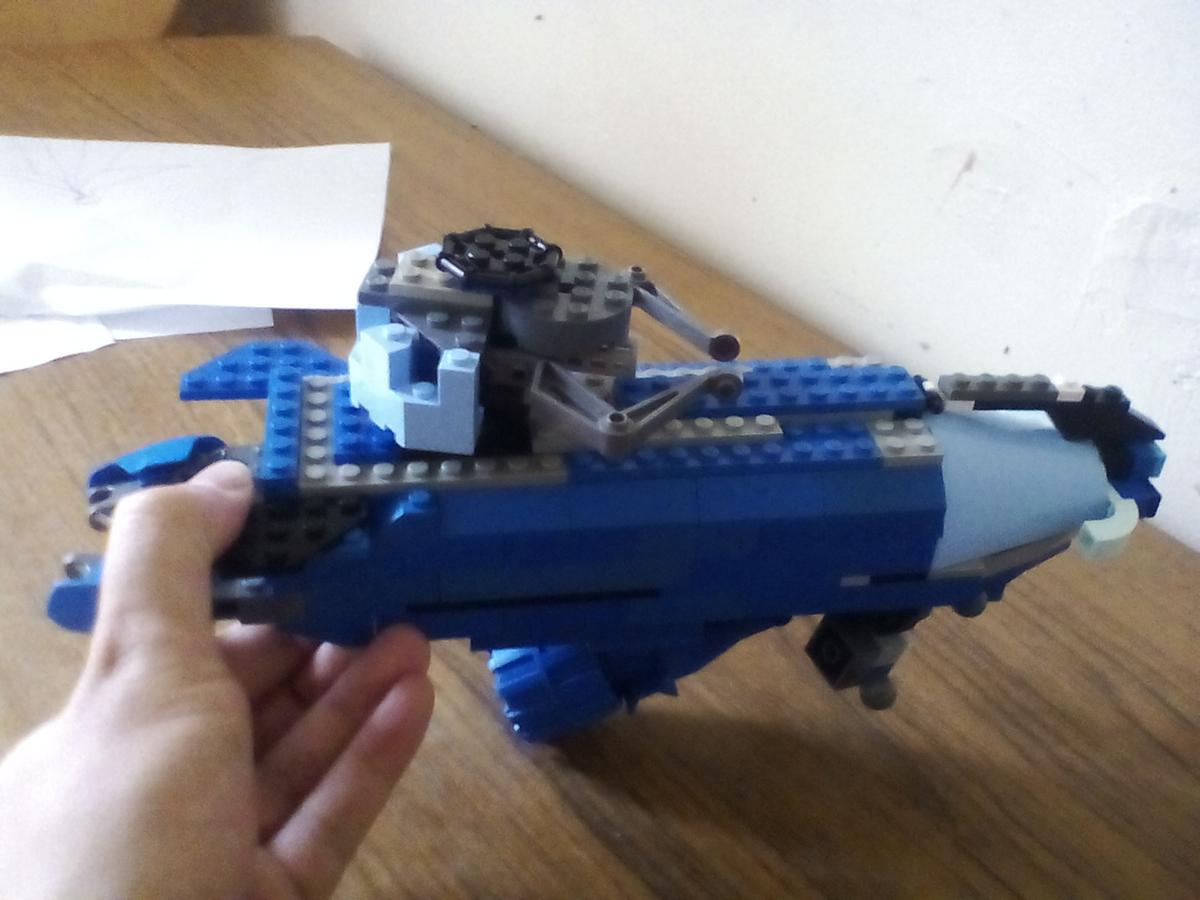 So the Genoans took the prototypes back to the Rigel Kentaurus shipyards and started adapting them to a standard that the Genoans could use - what they wanted to do was adapt a Scythian Antimatter Projector for Genoan use, but nothing the Scythians could present them with was suitable for the power core within the newly adapted tank, so the Genoans stopped talking to the Scythian designers and instead asked their AI.

Now within Scythia AI have been present for several hundred years - viewed as full citizens, but they are seemingly only permitted to adapt their own hardware or code, but nothing else - as that would be beyond the remit of their own "Personal" domain, so when the Genoans provided a Scythian Civilian AI with the design specs and asked it if it was "up for the challenge" or "wanted a go" (specifics get a bit iffy at this point) the AI presented them with the smaller, cooling-fin-less turret design. Far less effective than the traditional version due to the lack of cooling fins, but the AI instead routed the heat into a system of thermal generators throughout the hull as a method of stopping infantry from mounting the vehicle.

It then showed them the tesla coil system that is now a permanent feature on every Antares, using the combined semi-mounted coils it can project a lightning field across the front arc of the tank that strikes randomly at any target in front of it to a distance of about 10 meters from the moment the antimatter projector powers up.

Obviously the ability to fill the entire space in front of the tank with lightning was too good to pass up. 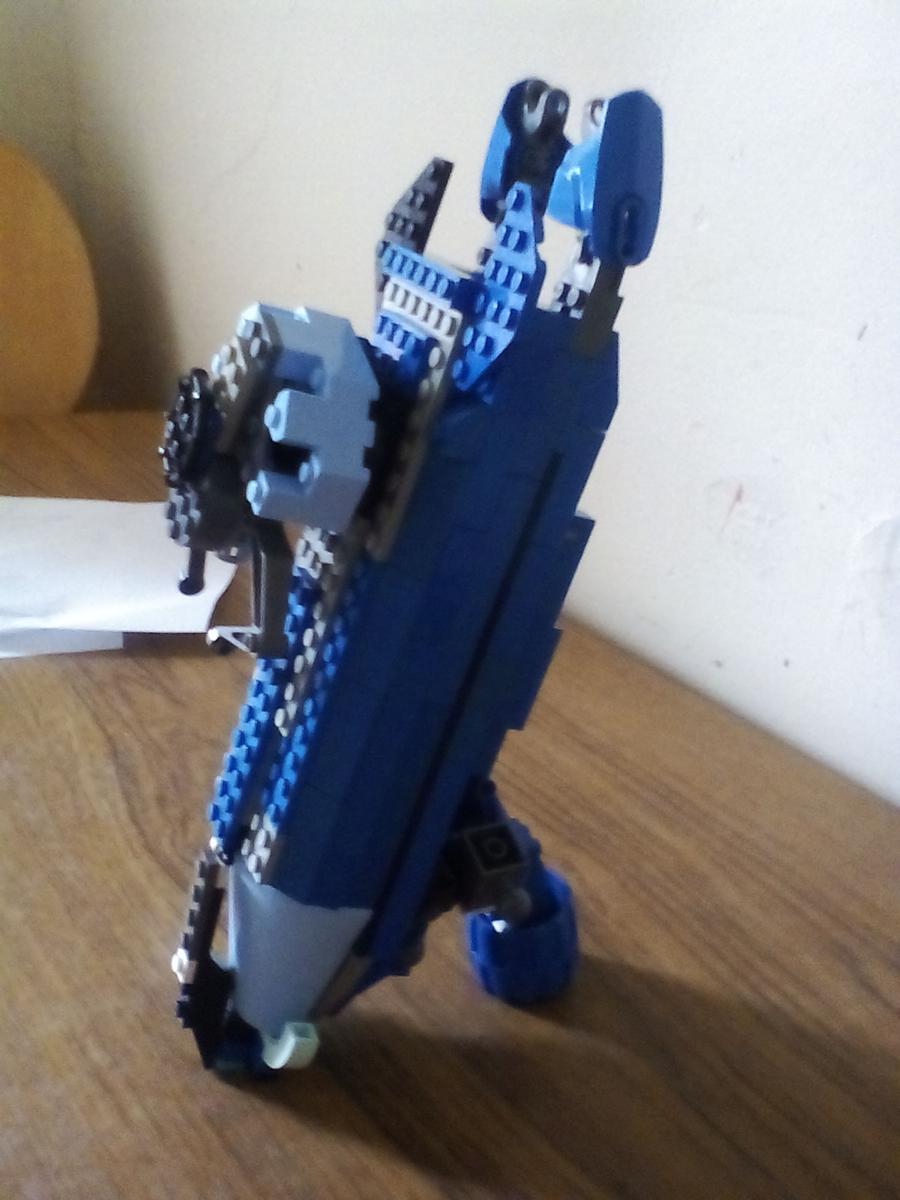 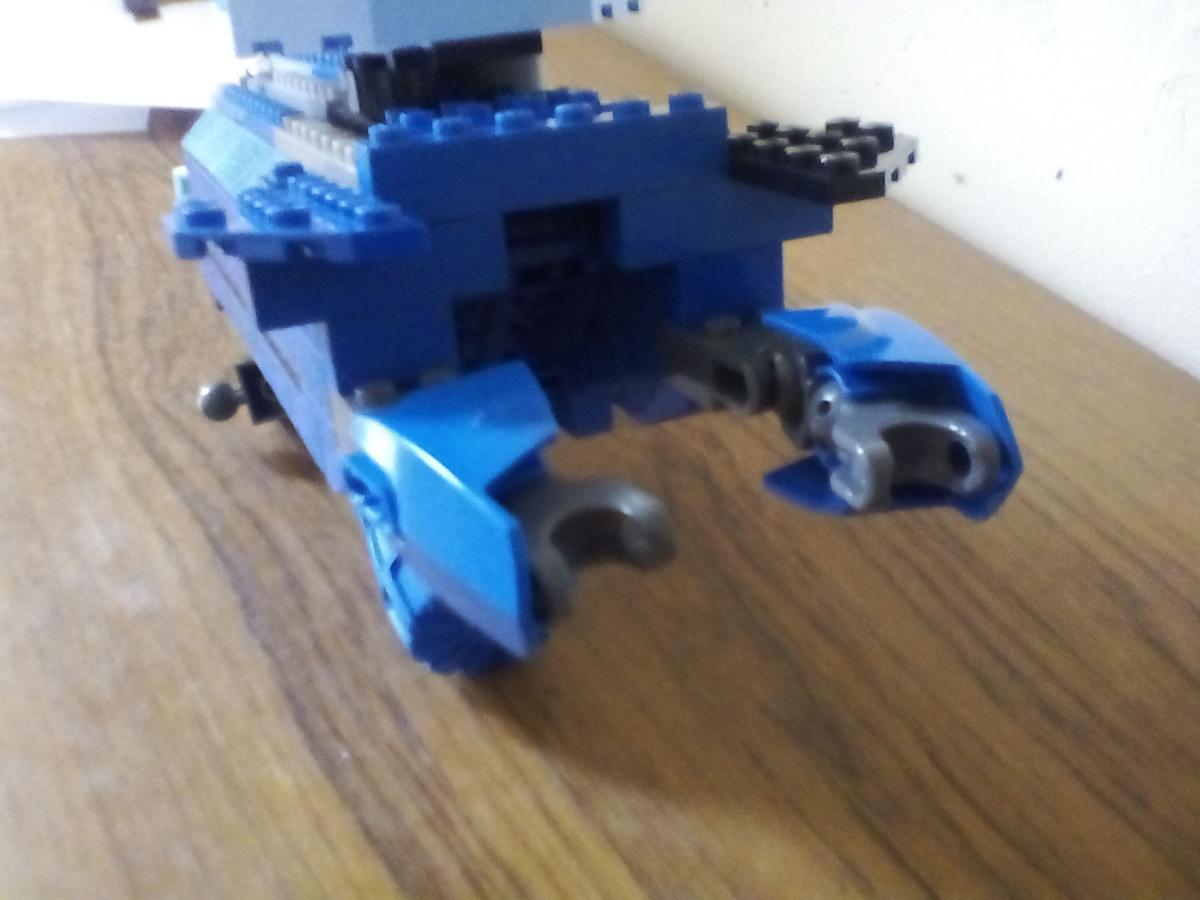 The engine underneath the tank works in combination with the rear grav fins to allow high speed movement as well as orbital insertions simply by pointing the entire lower engine forward as full output, and the tank can carry a squad of 6 troopers at a time into the field.

The Antares is being pushed into full production as we speak, while the combine facepalming of both the Britannians and Scythians is currently being projected in Astronomical Units.
-- WARNINK -- LINK BELOW IZ KNOWN TO CAUZE HEMMORAGE --

I almost want it to transform into a mech.