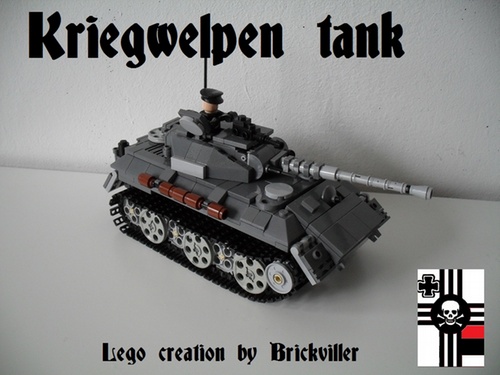 The Krieg Welpen tank (war puppy) was devoped by the Belkaustan Confederation as a light/medium tank. It shared much similarities with the larger Krieg Hünd (war dog) since both were designed by the same company. It was meant for the opening stages of the invasion of the UCPR, but due to bombing raids it was introduced in the second year of the war.

They participated in the Battle of Grünewald and developed the Ada-class battleship.