From BrikWars
(Redirected from Chessmen)
Jump to navigation Jump to search 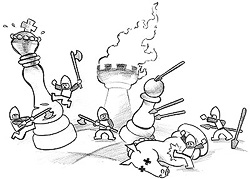 Inevitable conflict between Chessmen and Minifigs

Chessmen are strange, statuesque, eidolons who have been displaced from their own Universe and thrust into the BrikVerse. Most BrikVersians find them frightening and intimidating. They are like an Elder Race to superstitious minifigs and most don't really quite know what to make of them. On the one hand, Chessmen are intensely warlike and enjoy fighting every bit as much as minifigs do. Some whisper that they love a good conflict even more than do minifigs. On the other hand, they are equally as philosophical, cold, calculated, rational, and wise as they are confrontational. Coupled with their unnaturally still, imposing presence and their unchanging, uncustomizable appearance, these traits make the Red Transparent in minifigs' blood run cold.

Chessmen have an uncanny ability to carry on deep conversations whilst engaged in furious battle. Their jibes and mockery are multiversally famous and it is well known that they consider themselves superior to every other species in existence. They see their way of life as the purest and most fulfilled, earning them a reputation for, at worst, snobbishness and, at best, aloof wisdom. They live by a simple set of rules where each member of society knows his place and works hard to share the burden of duty with his fellows. While minifigs do have a great deal to learn from this removed, regal race, ultimately, they find the pomposity of Chessmen too difficult to deal with and do their very damnedest to show the wooden pricks a better way of life by shattering all of their silly little rules.

Chessmen would rather die than break their precious rules. When forced to, usually through the actions of enterprising minifigs, Chessmen almost always commit seppuku out of sheer, unadulterated shame. It would seem, then, like an easy thing to take advantage of these warriors. But such a thing couldn't be further from the truth. While Chessman Feats are extremely limited in number and are always the same (a warped power effect caused by the Chessmen's extradimensional status), they are also extremely powerful. Powerful Kings, for instance, possess the SNOB (Synaptic Neural Override Behaviors) Feat, which allows them to force other creatures to play by their rules. It is a very difficult thing to resist, though the chaos in the minifig mind allows them the greatest chance.

It is further worth considering that a Chessman off-board is a very dangerous foe. While easy to predict, he is equally easy to underestimate. Without the limitations of their homeland, Chessmen move in the same fashion but their movement can become virtually unlimited, causing them to blur about their enemies with an awful celerity. Their speed and solid, statuesque structures make them particularly suited to causing collision death but suffering little in return. Perhaps the best way to defeat a Chessman off-board is to make him stop and think. That can take forever.

Unfortunately, minifigs aren't notorious thinkers and Chessmen rarely come alone. Not to mention, Chessmen are highly tactikal and are easily capable of outthinking many fighting forces. Fighting the lot of them can be a real headache for minifigs, causing many of them to go Berserk. This inevitable savagery is what keeps minifigs and Chessmen on equal footing. Often they are left sputtering and broken in the wake of a minifig who has simply had too damn much. 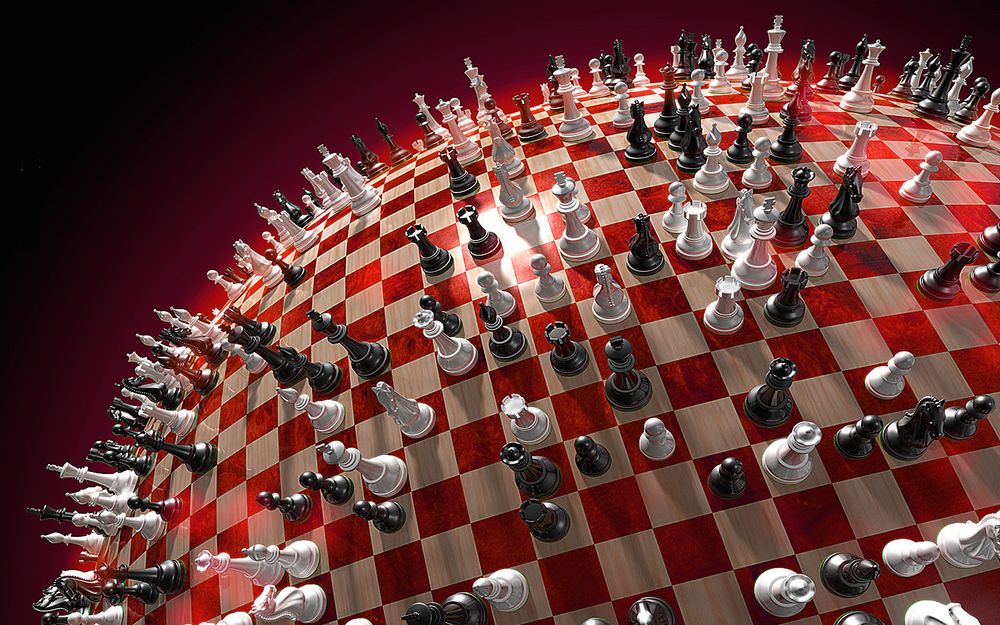