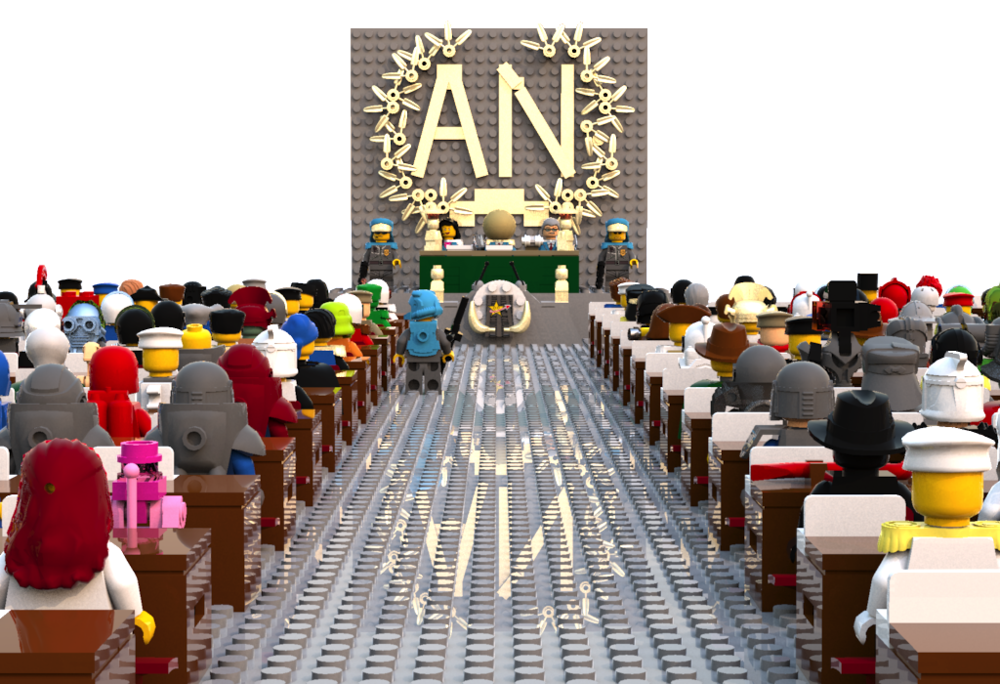 An Organization For Peace

The AN charter is the Directive of Incorporated Colonies and Kingdoms, or simply abbreviated to D.I.C.K. Some political pundits say that the D.I.C.K. should not be involved in the A.N.U.S. However, no one cares about the AN enough to pay attention.

Screw That, Back To Killing

Unfortunately, despite the AN's shining rhetoric about promoting chaos and warfare, it performs this function about as well as its real-life counterpart the UN promotes peace in the human world.

The AN consists of three branches: the AN General Assembly, of which every recognized nation in the BrikVerse is a member; the AN Security Council, a 15-member committee with 5 permanent veto powers, which can pass binding resolutions and deploy PAX Corps peacekeeping forces; and the Allied Criminal Court.

AN General Assembly in session circa BR 2,016

Every nation in the BrikVerse.