From BrikWars
Revision as of 04:55, 13 March 2014 by Colette (talk | contribs) (Created page with "File:Un-logo.jpg The Allied nations Was Founded in G.R. 1,946 by PeaceNik on the belief that, once all of the factions are together...")
(diff) ← Older revision | Latest revision (diff) | Newer revision → (diff)
Jump to navigation Jump to search

The Allied nations Was Founded in G.R. 1,946 by PeaceNik on the belief that, once all of the factions are together and forced to pay dues to a single organization, they would be more peaceful. For some reason, the galaxy did not become a safer place. Now the AN stands as a crumbling, ineffective bureaucracy with only a few remaining active members, most notably the United Systems. The AN charter is the Directive of Incorporated Colonies and Kingdoms, or simply abbreviated to D.I.C.K. The dependant relationship between The Allied Nations and The United Systems is called the Allied Nations-United Systems relationship, or A.N.U.S. for short. Some political pundits say that the D.I.C.K. should not be involved in the A.N.U.S. However, no one cares about the An enough to pay attention.

The AN consists of three branches- the AN General Assembly, of which every nation in the brikverse is a member; the AN Security Council, a 15-member committee with 5 permanent veto powers, which can pass binding resolutions and deploy peacekeepers/PAX Corps; and the Allied Criminal Court. 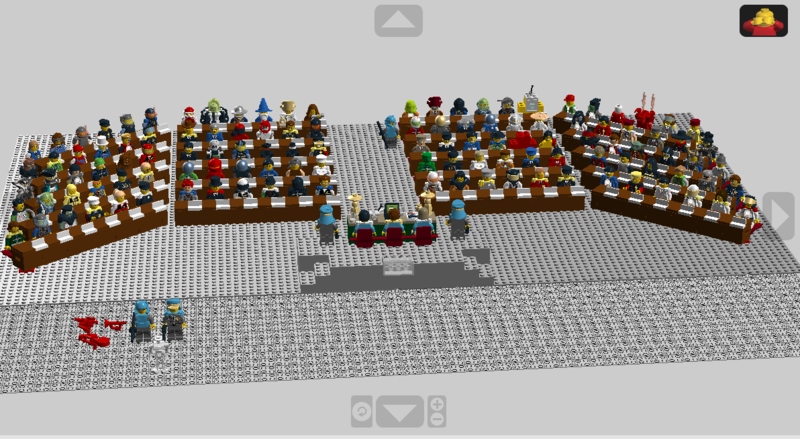 AN General Assembly in session

Membership list will be attached once updates are completed.